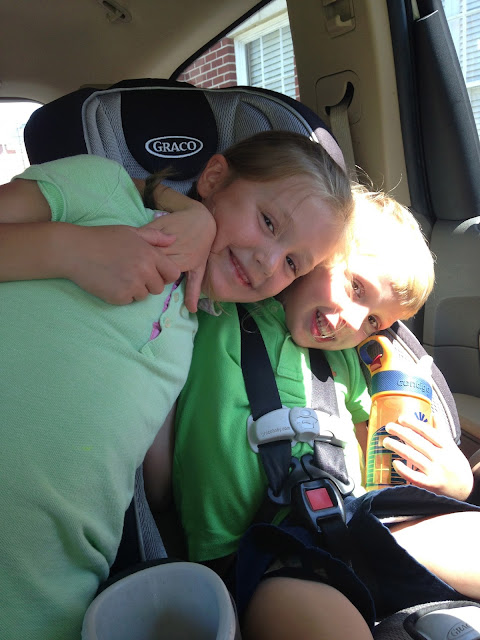 Even though we just celebrated Labor Day on Monday, our summer has been over for a while. We have a month in school under our belts, and the kids are loving it. We spent the rest of August getting into the swing of things, spending a little more time in the pool (perfecting the cannonball), and getting together with friends.

I joined a friend and made some money at a yard sale. I had two eager helpers/entertainers. 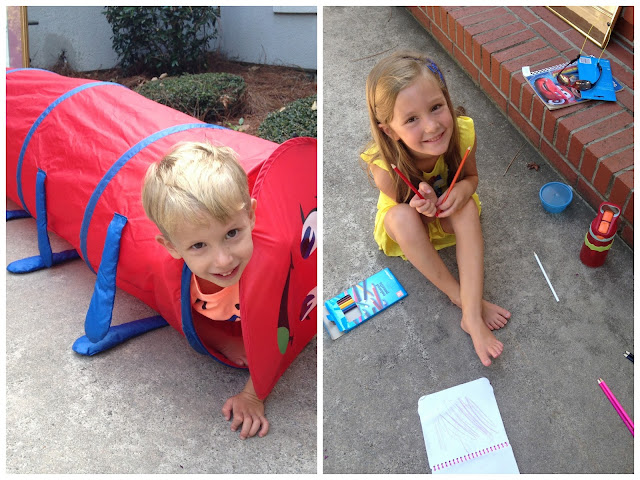 Hannah attended a princess birthday party and was thrilled to dress up as Belle, getting her hair, makeup and nails done. 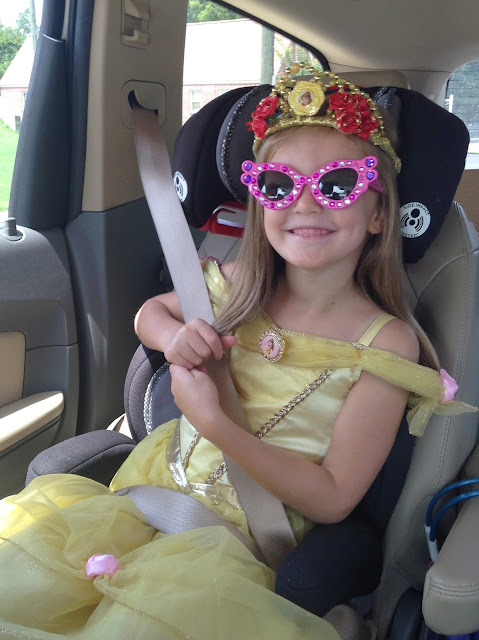 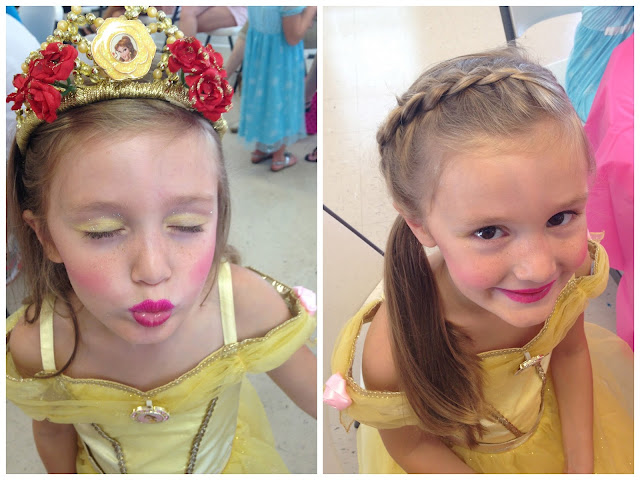 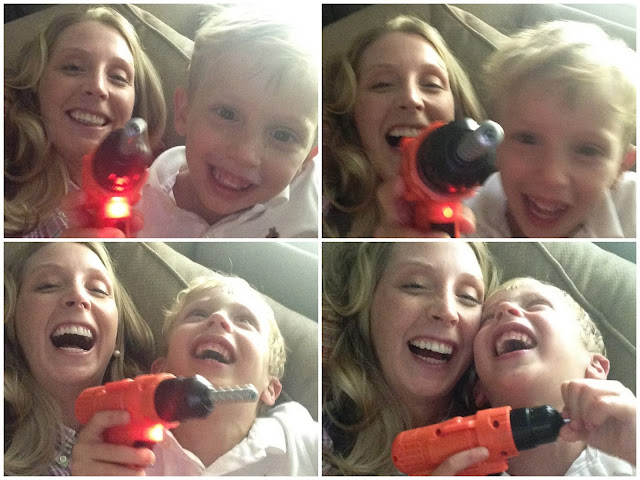 Joseph and Momma being really silly…and more silliness on an afternoon at Sandersville’s new splash pad: 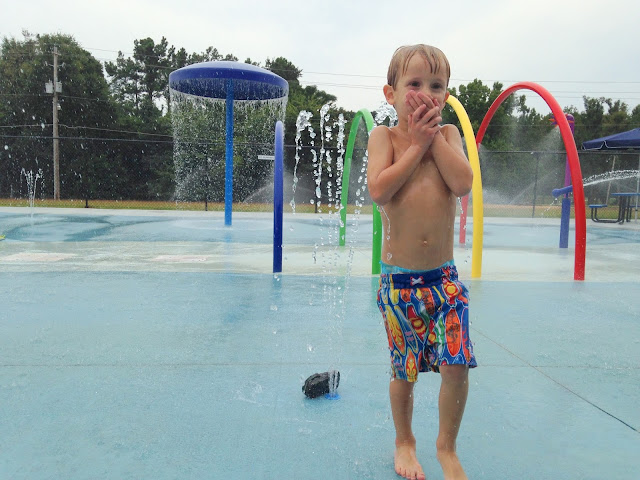 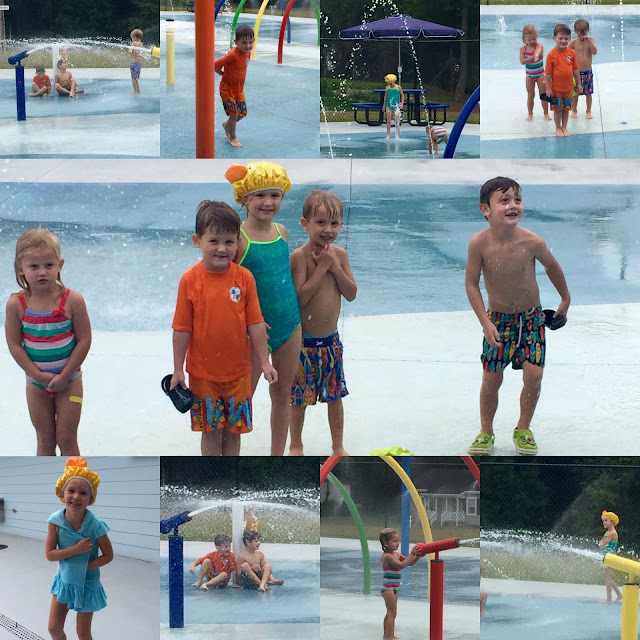 We finished out August with a short trip to Atlanta for my godson’s baptism. Jake is so cute and sweet and I am honored to be his godmother. I could cuddle with this little guy all day. 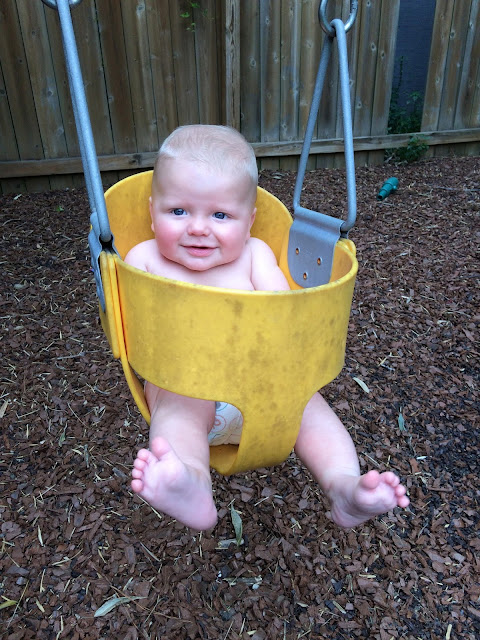 We had a very exciting 24 hours. We went over to see Jake and play with his sister and brothers. We had a fun time and a yummy dinner at one of my favorite places, Maggiano’s… 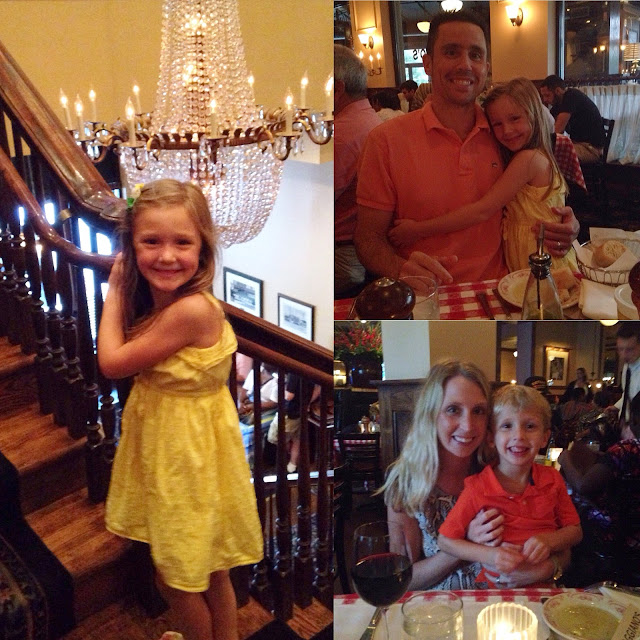 We went to mass at Our Lady of the Assumption in Brookhaven with the Economos clan and celebrated Jake’s big day! He did so good the whole time. Julie and Steve are pros at this, too. Hannah and Joseph found the large cross-shaped baptismal pool very intriguing and were among many children in attendance. It was a sweet event. Hopefully there are better pictures from Julie’s camera… 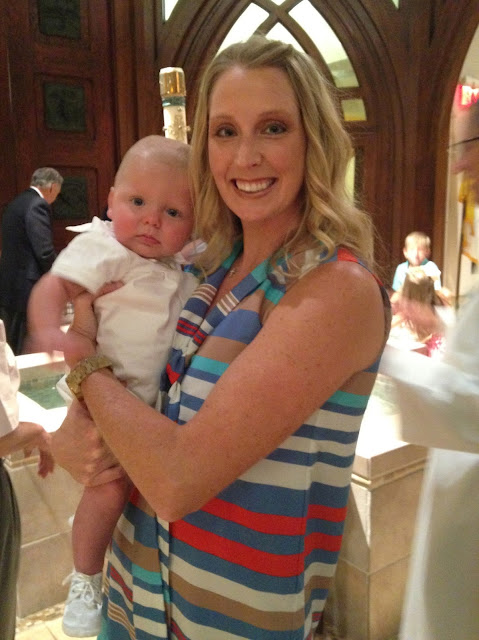 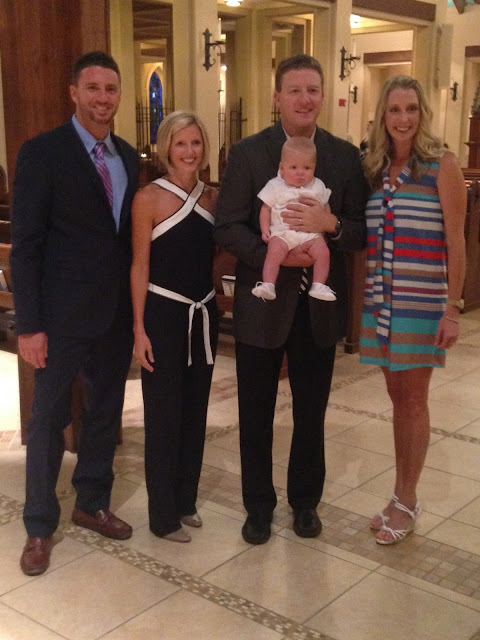 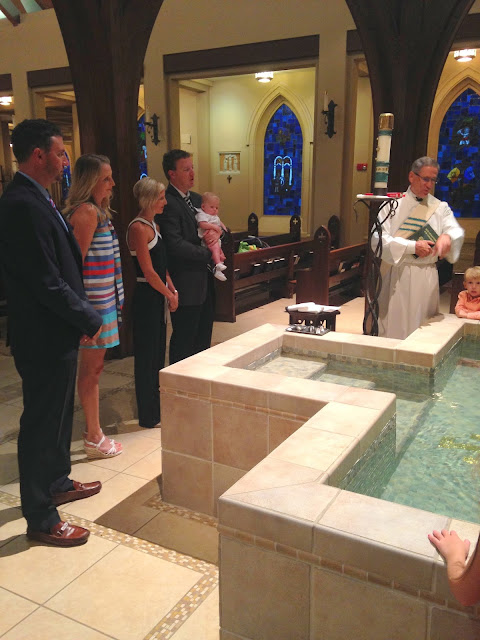 Joe and I also surprised the kids with special tickets to their first Braves game! It was the inaugural Superhero Day. We picked out shirts to give them before we left town and I ordered masks online. We were each given superhero capes, but Hannah and Joseph had their own – thanks to a Christmas present from Aunt Katie and Uncle Ben.

We arrived at Turner Field an hour and a half before game time and lined up on the Hank Aaron ramp, ready to parade around the field. So exciting! 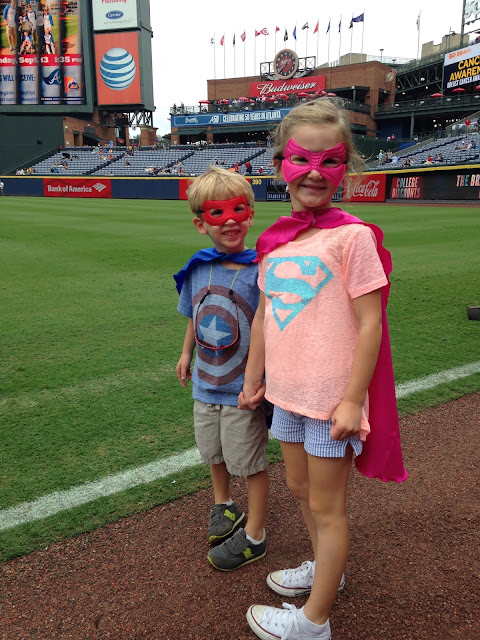 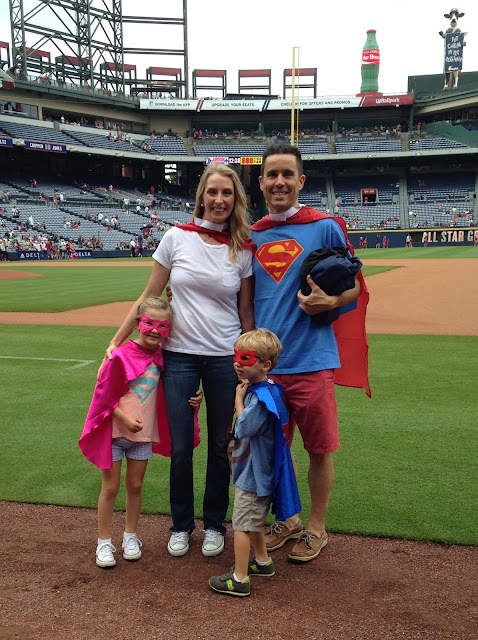 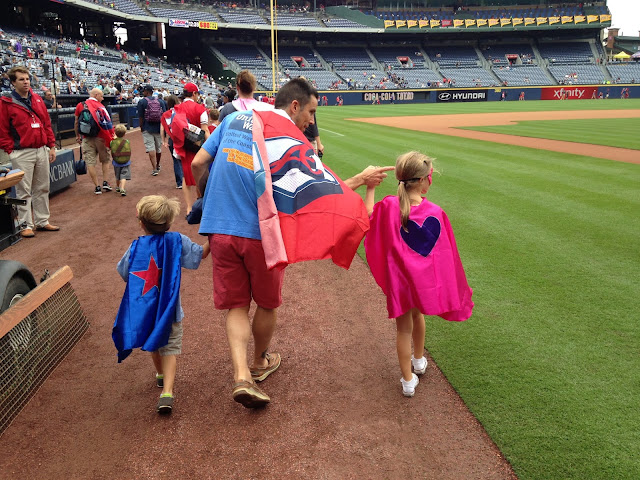 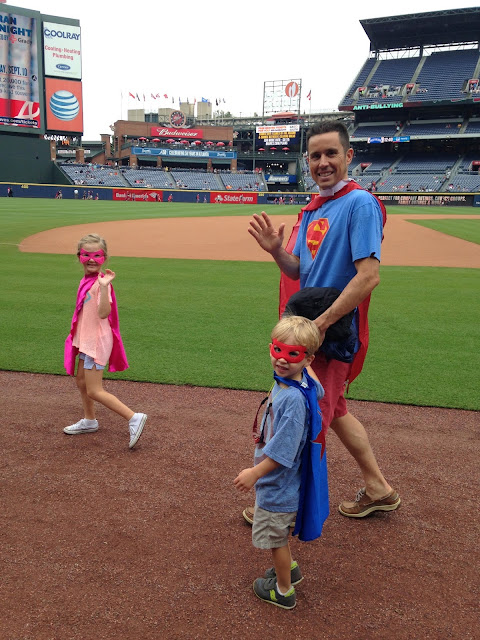 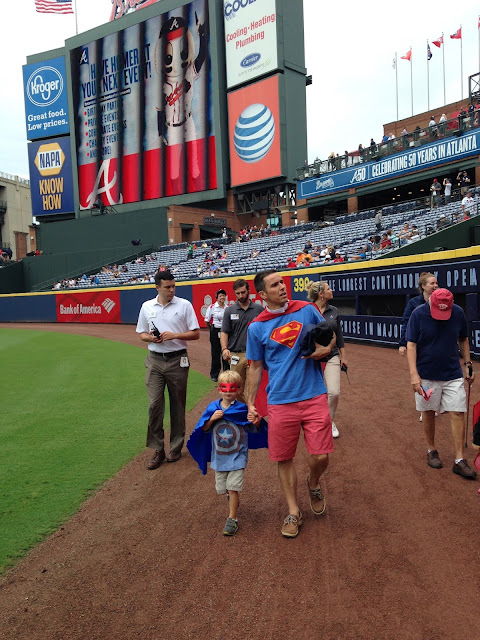 Hannah and Joseph were fascinated and we all had so much fun. 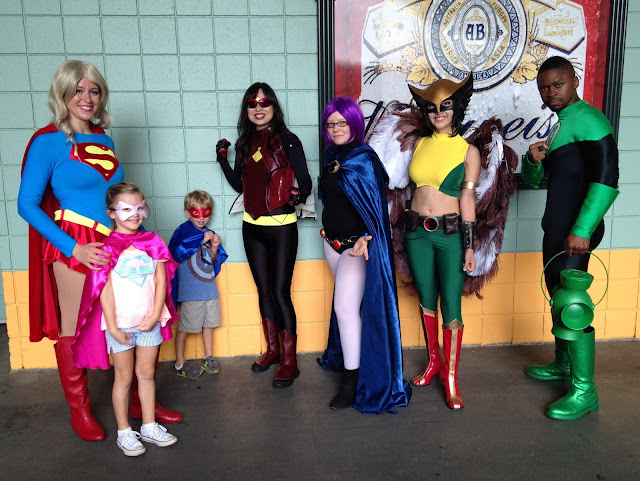 Our seats were under the overhang which is awesome since rain was a good possibility. We ate hotdogs, pizza, and pretzels for lunch and did the Tomahawk Chop every chance we got! 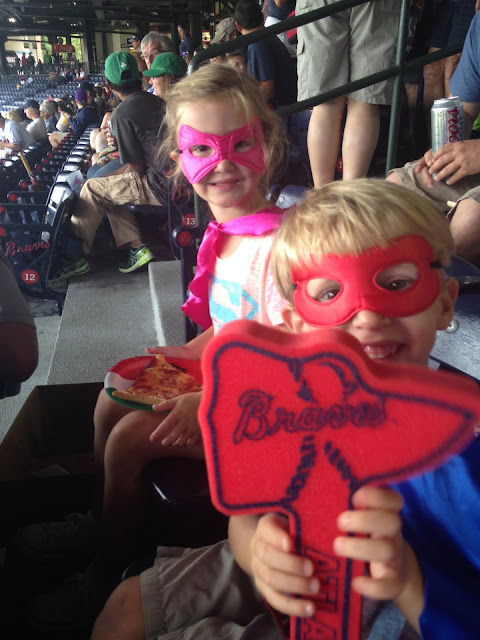 Another highlight for Joseph was when he spotted the cotton candy man. He was one excited, sugar-filled boy! 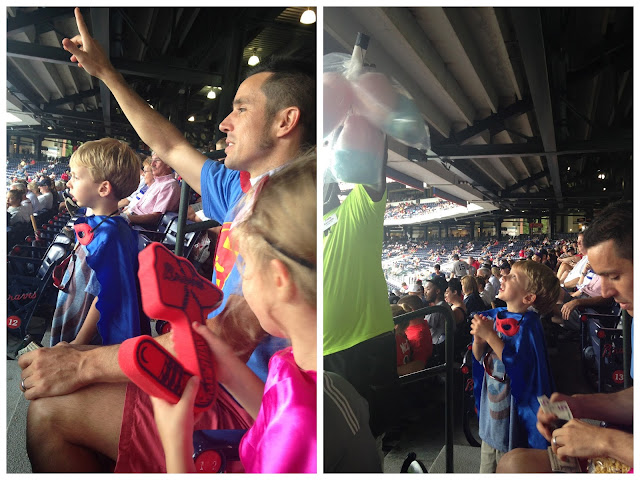 We left the game after the sixth inning to get on the road and head home. After making a comeback, the Braves were losing bad. The kids were ready to leave by then and Joseph had become clingy and tired, just wanting to be in my lap. {After discovering a high fever later that evening, there is no wonder; we had a sick little guy.}

To welcome September, last week I had sick babies and haven’t felt well myself. Joseph had croup (that has since turned into a chest infection of some sort I’m pretty sure) and Hannah had strep (and could also be dealing with a chest infection). Every day, the thermometer and I evaluated who was well enough to go to school. Only two days were they both there. Exhausting week, ending in another quick trip out of town. 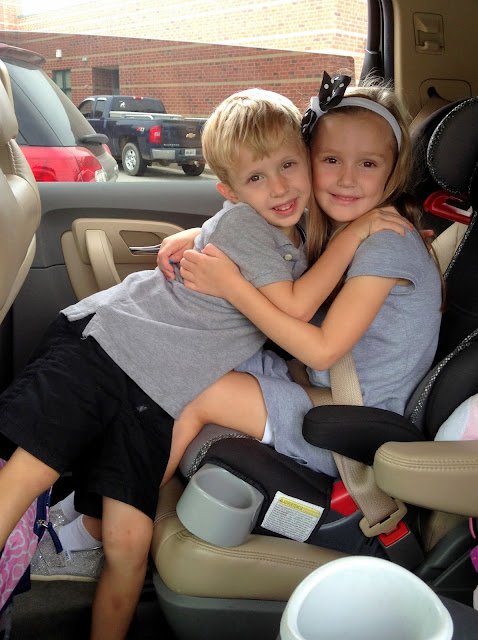 This past weekend (about 30 hours actually) we were in Savannah for my niece Stella’s baptism. We spent Saturday helping my mom prepare for the party at her house after the ceremony. Hannah and Joseph were big helpers, too. 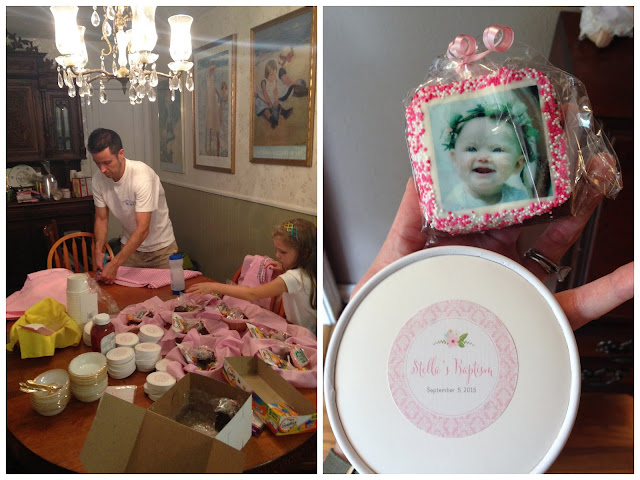 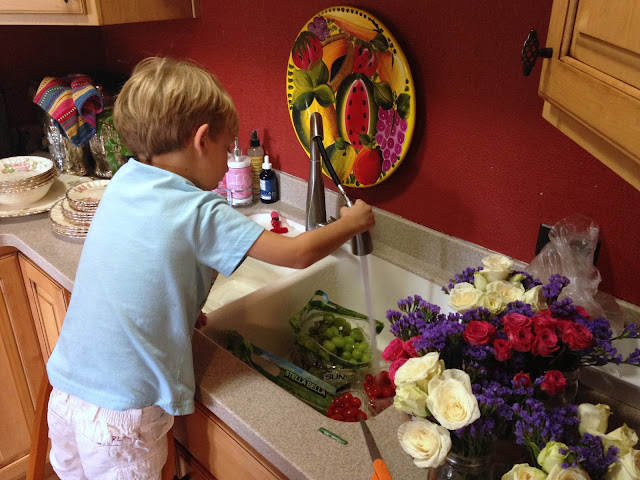 The baptism followed 5:30 mass and was attended my a large group of friends and family. Stella was precious and so sweet in our family’s very old christening gown. {My grandfather, dad, brothers and I were all baptized in this gown, as well as Hannah, Joseph and a few cousins. Very special indeed!} 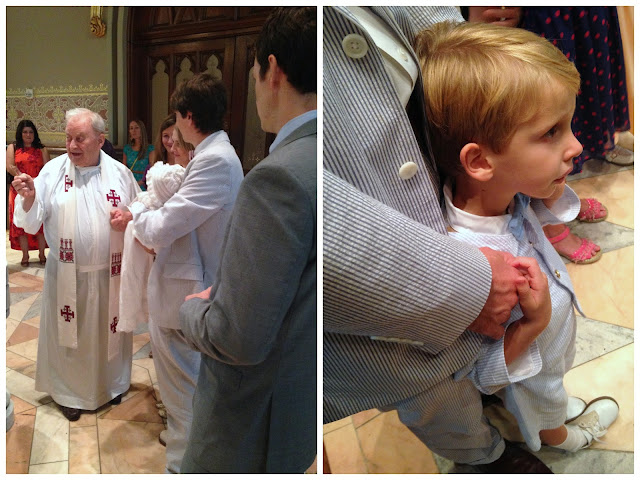 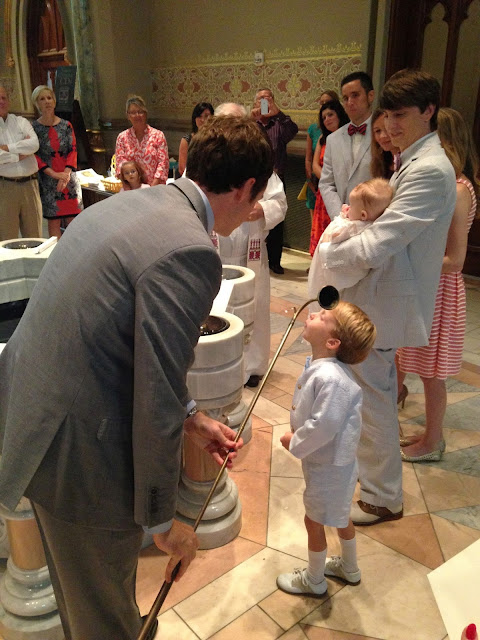 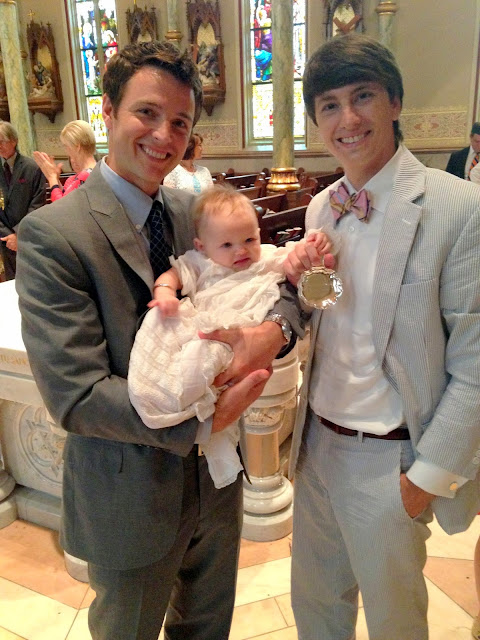 Uncle Ben (left) is the proud godfather and that’s my little brother (and Stella’s daddy) on the right.

Most of those in attendance (copied from Facebook, so not great photo quality): 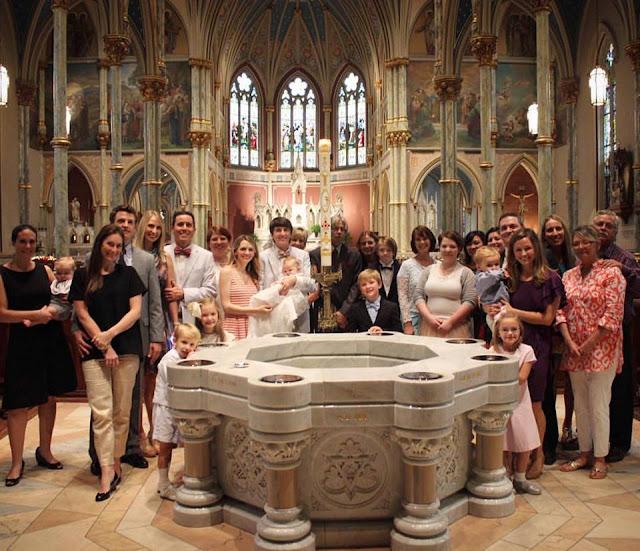 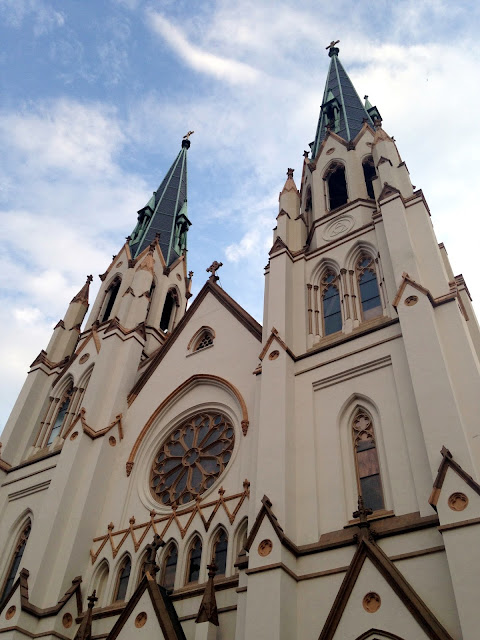 As I said in a post on Instagram, this place has seen quite a lot of special events for our family. Including: my high school Christmas candlelight concerts (twice at which I sang all seven verses of “O Come, O Come Emmanuel” a cappella in front of the largest audience I’d ever seen!), my ring ceremony and high school graduation from St. Vincent’s, and weddings of family and friends. My mom and brother attend mass at The Cathedral of St. John the Baptist and my mom is very involved in the ministries there. Special place.

And here we are, all caught up! Today is a very important day as HANNAH IS SIX!!! Birthday post coming…I’ve got to get moving. Fun things to do!