Joe went on his first bike ride since July 17 of last year. 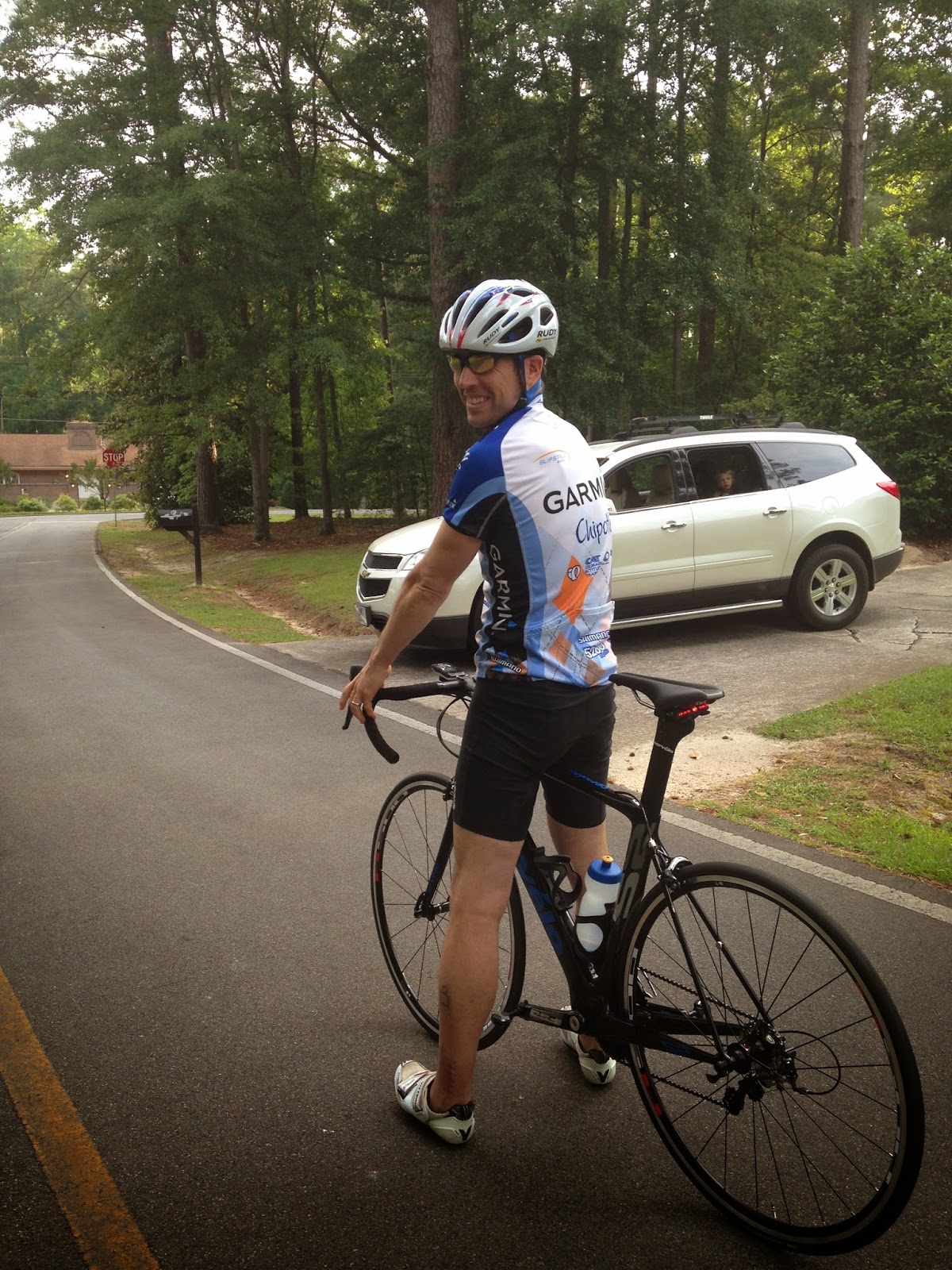 We escorted him to the town square where he met the other cyclists. 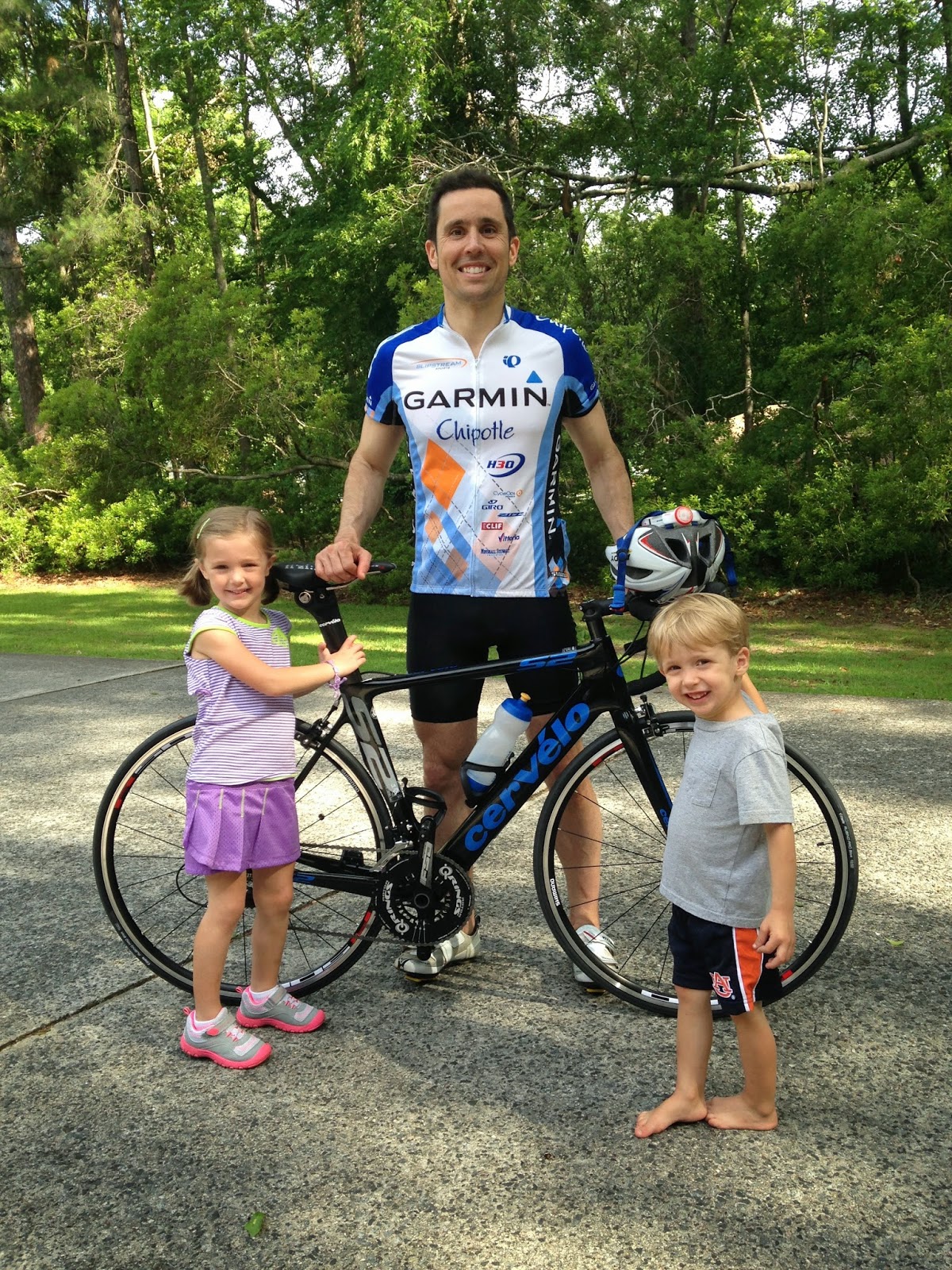 We were glad when he got back home, safe and sound and feeling great! How about that spiffy new bike? It features flashing lights, reflectors and sirens. Ok, maybe not, but there are certainly some safety measures we are taking this go-round. He is now carrying his phone – something he’s never done before. He has a tracking device where I can follow him on my phone or iPad. No solo riding. {For this first ride he rode with 4 other guys.} And, well yes, flashing lights. That’s how he now rolls.

Later on we hit the Dairy Lane (a favorite local establishment) for lunch. 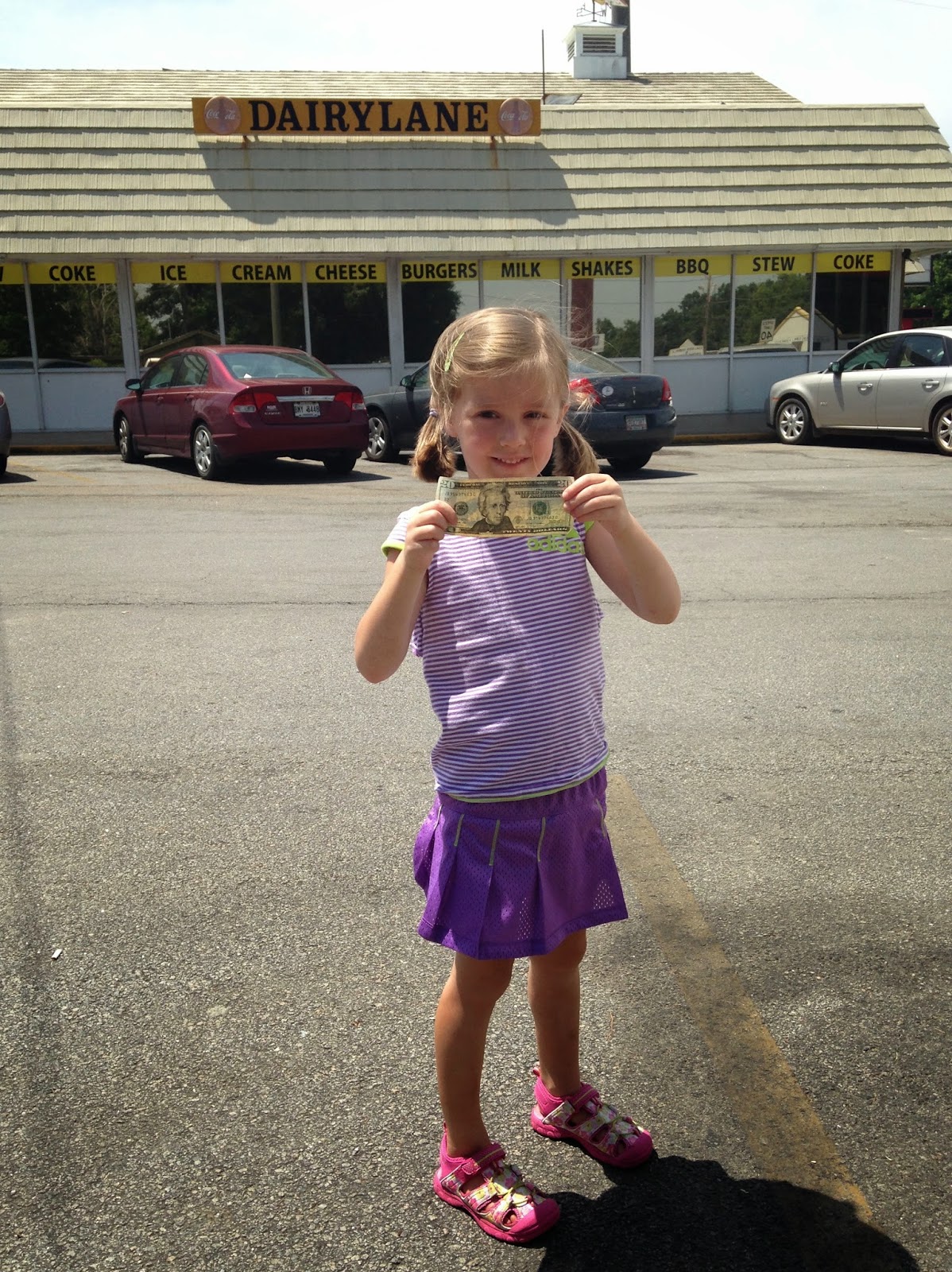 Granddaddy and Mrs. Renee sent the graduate some money to take the family out for ice cream to celebrate. She was excited and even handed the lady the money herself. Such a sweetie. 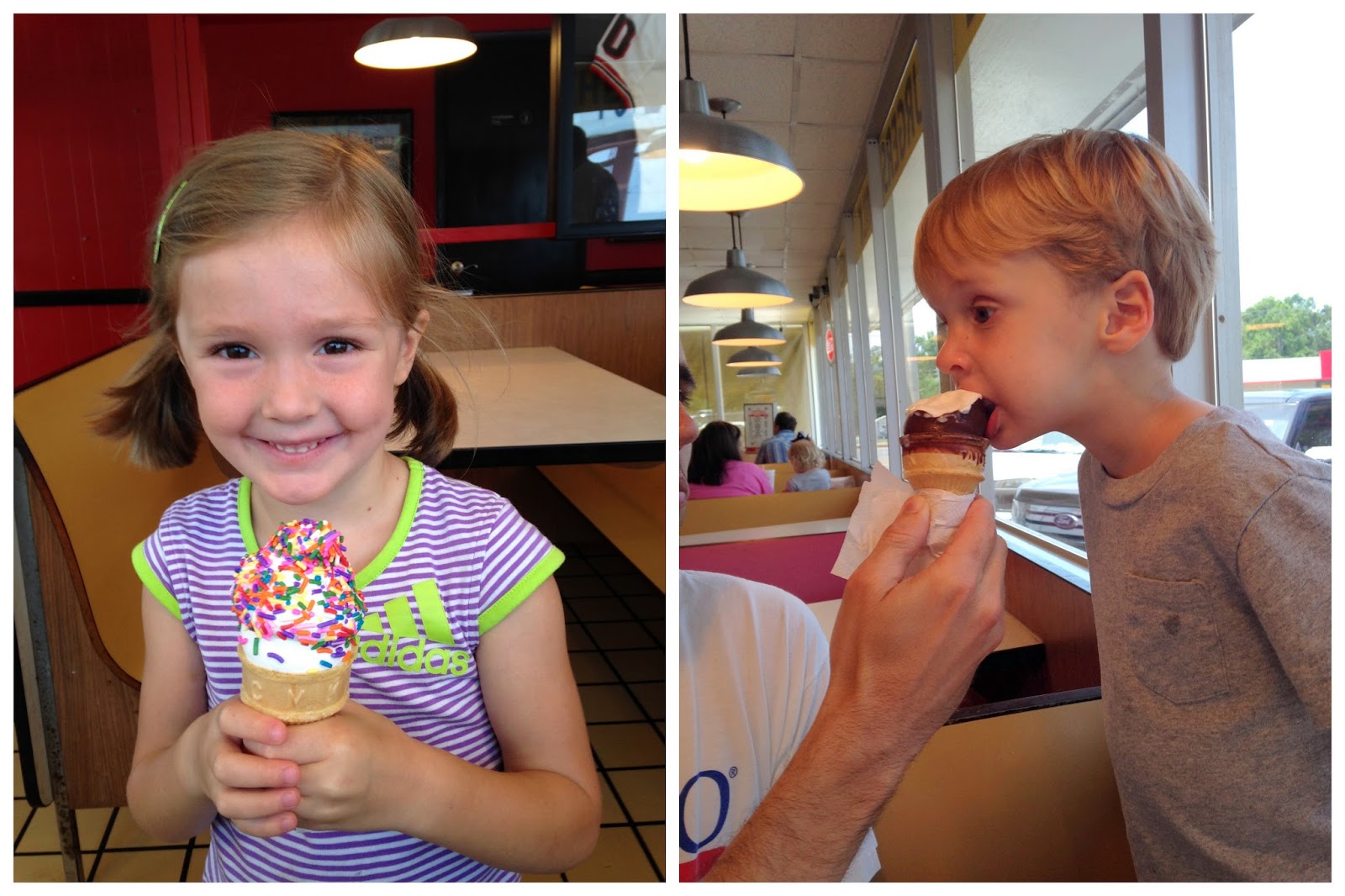 We picked up some plants at the nursery next door and spent the rest of the long weekend doing quite a bit of work in the yard. On Sunday, we wore red, white and blue to church in honor of Memorial Day. 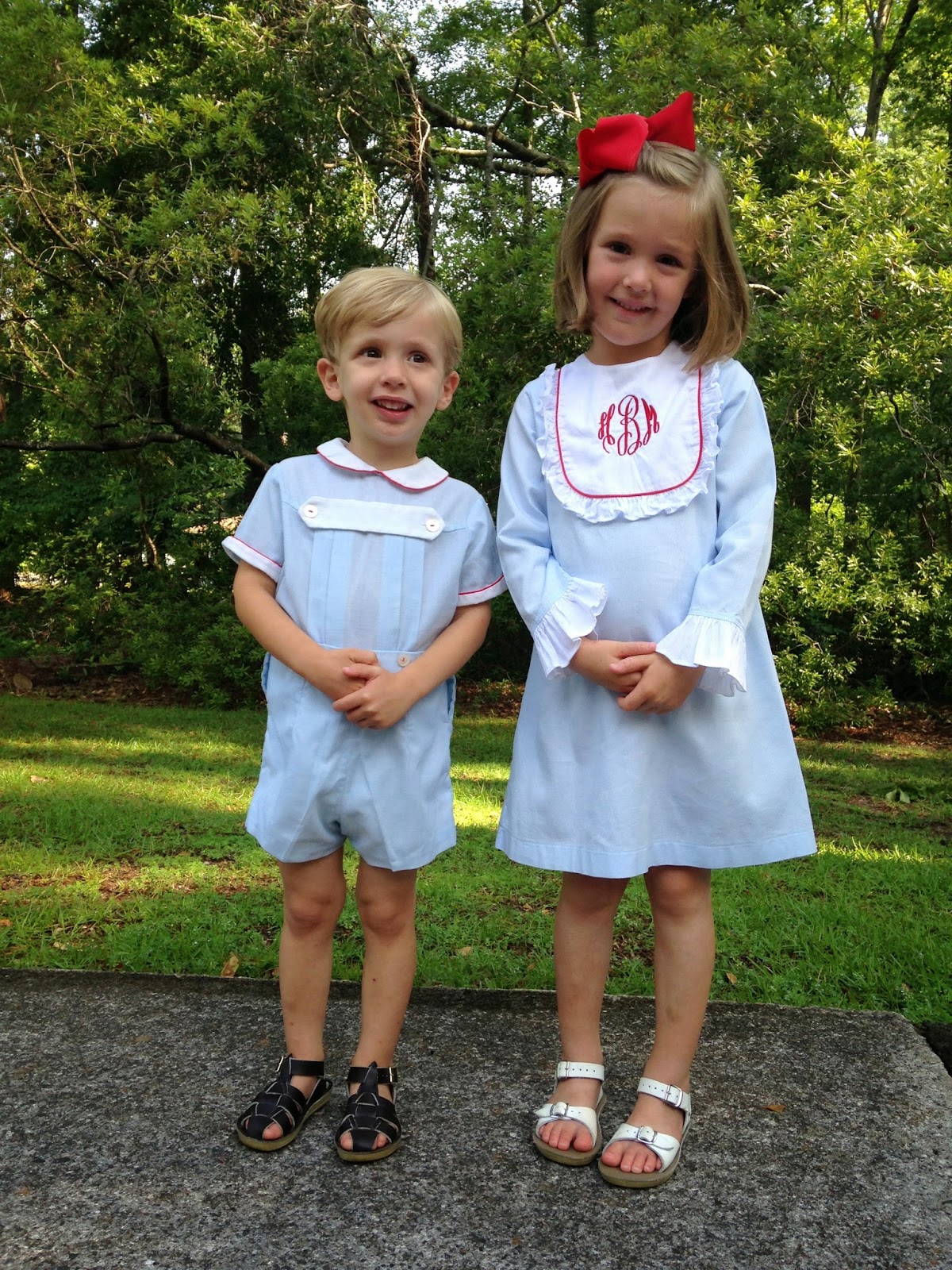 Meme bought that adorable dress for Hannah. Joseph’s outfit is 30 years old and was worn by my brothers. But how perfectly do they go together?! I love it! 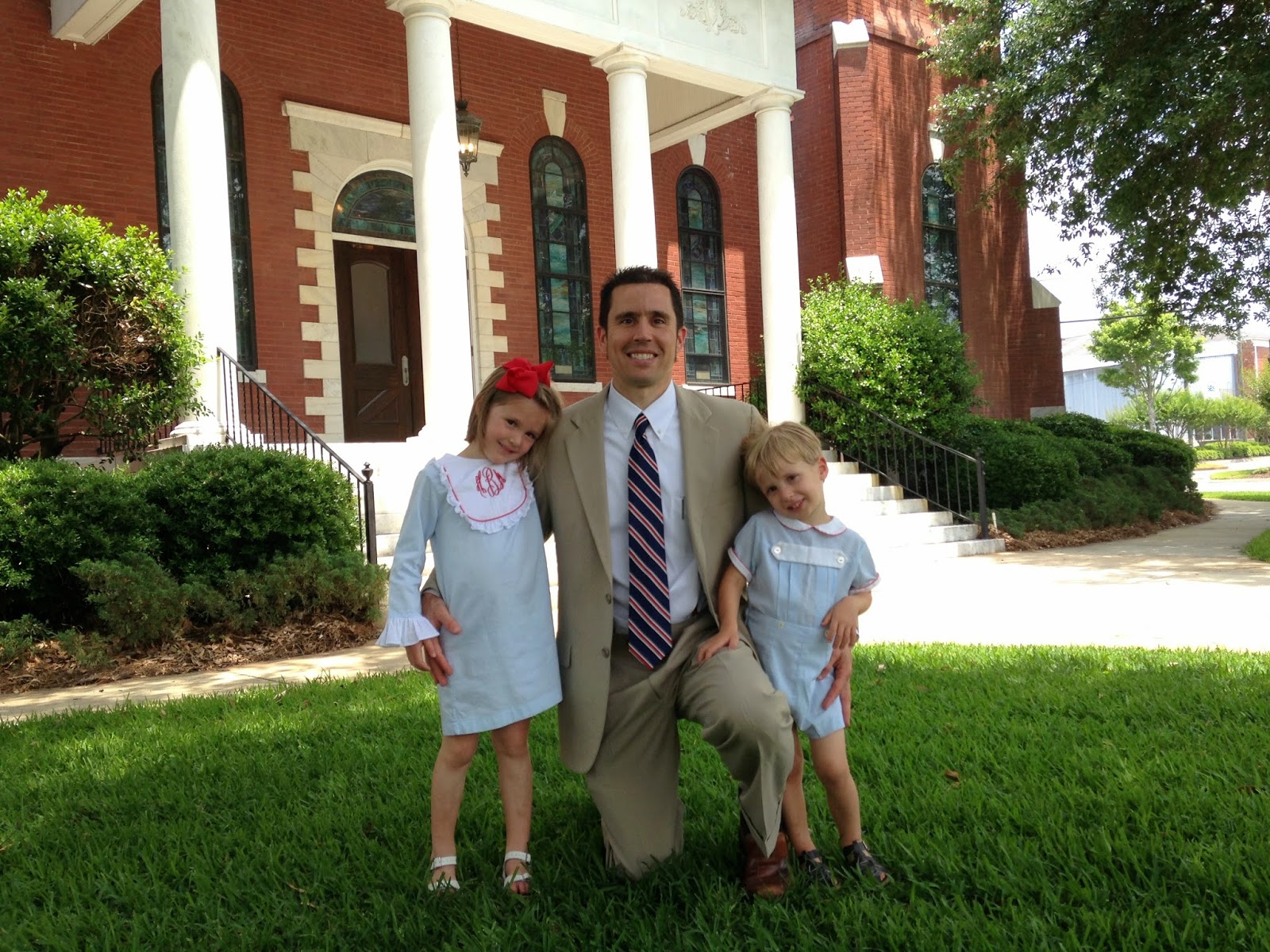 There was no one to take a family picture, so this is how we did it. 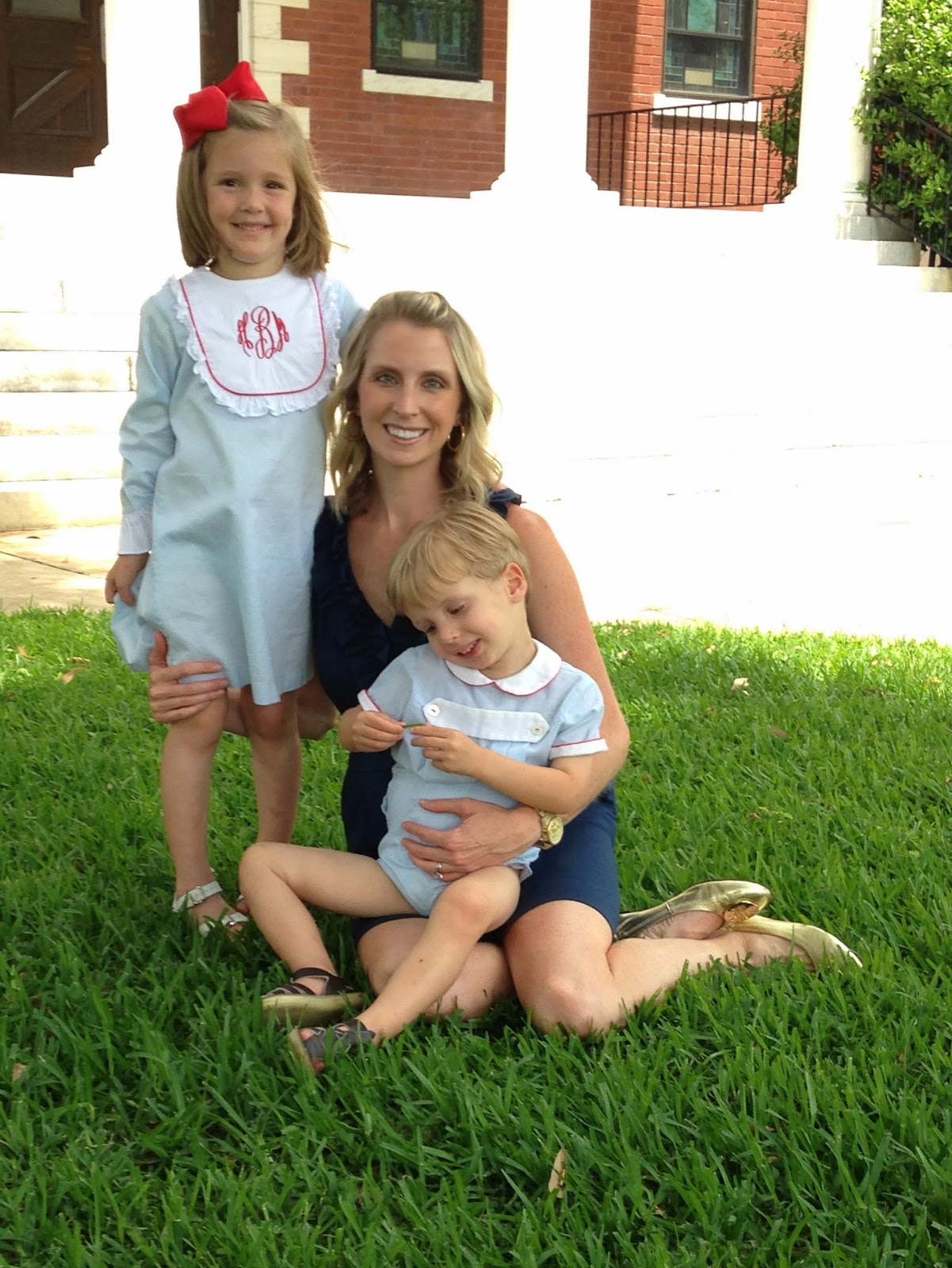 And then Hannah wanted to take a picture of Momma and Daddy: 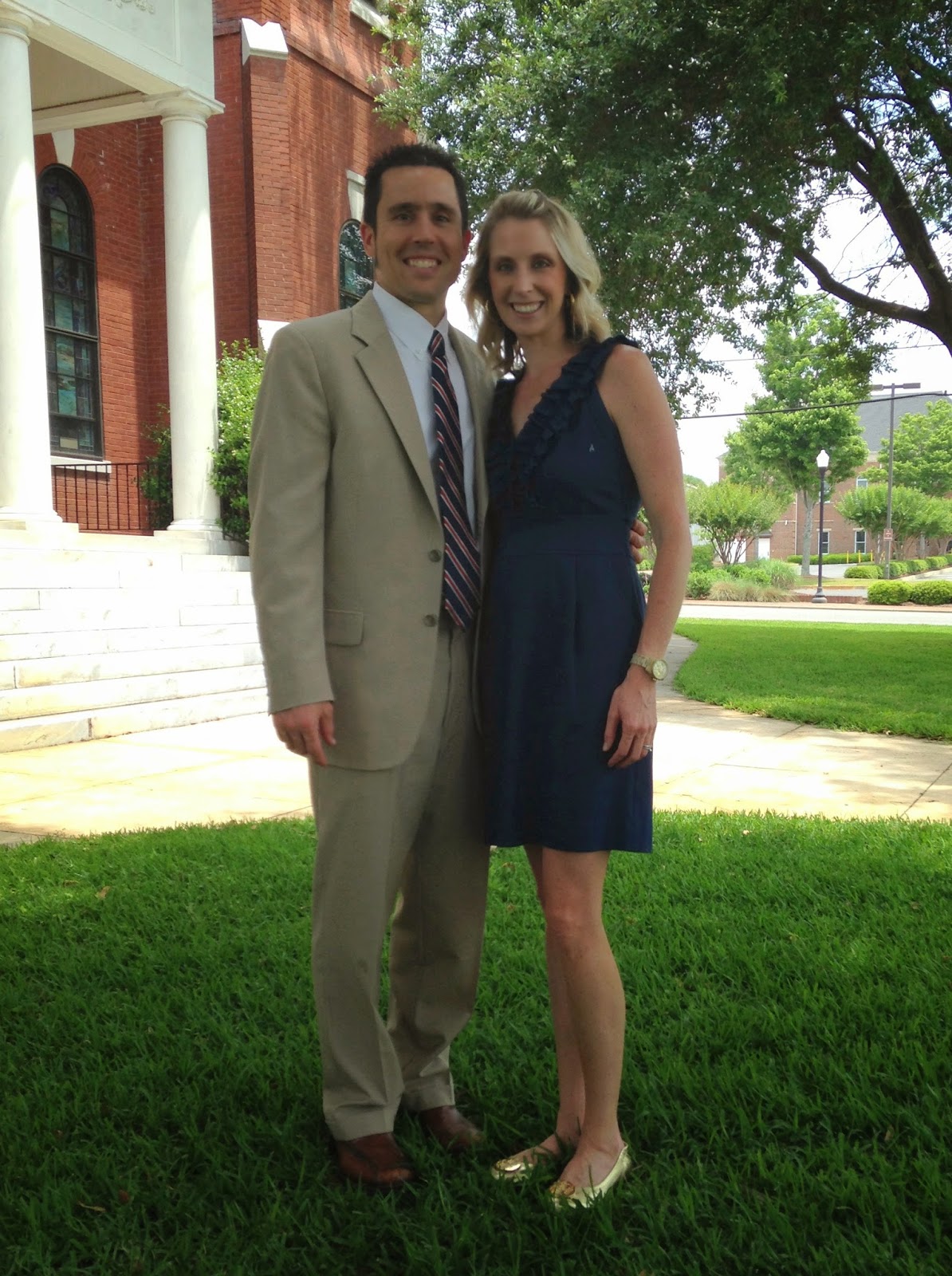 It was a nice holiday weekend, spent almost entirely at home. We talked a lot about the meaning of Memorial Day, and answered questions from a perceptive little girl. She is now talking about war and playing “let’s kill the bad guys” with her brother. Well, perhaps she’s beginning to understand what freedom means.

As He died to make men holy, let us die to make men free,
While God is marching on.
Glory, glory, hallelujah!