We went around the corner to a neighbor’s pool a couple times this week. Joseph really had no interest. The water was cold, but really he just would rather play with the sprinkler system than get in the pool. {He does not like the bright sun. We couldn’t find his sunglasses, but have since bought new ones… And yes, I have something a little less pink-and-green for him to wear next time.} 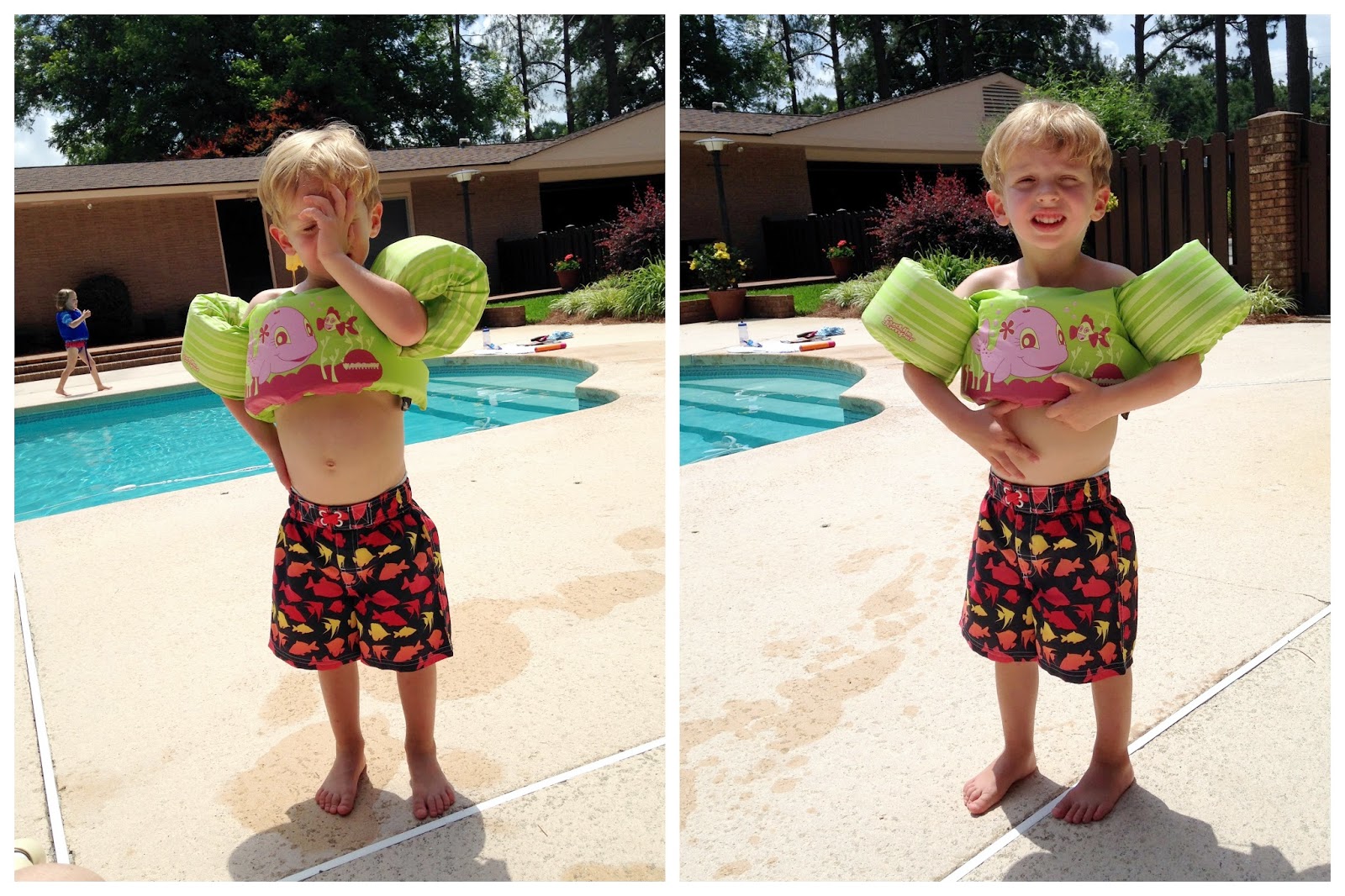 Sister, on the other hand, loved the pool – cold water or not – and had a blast. 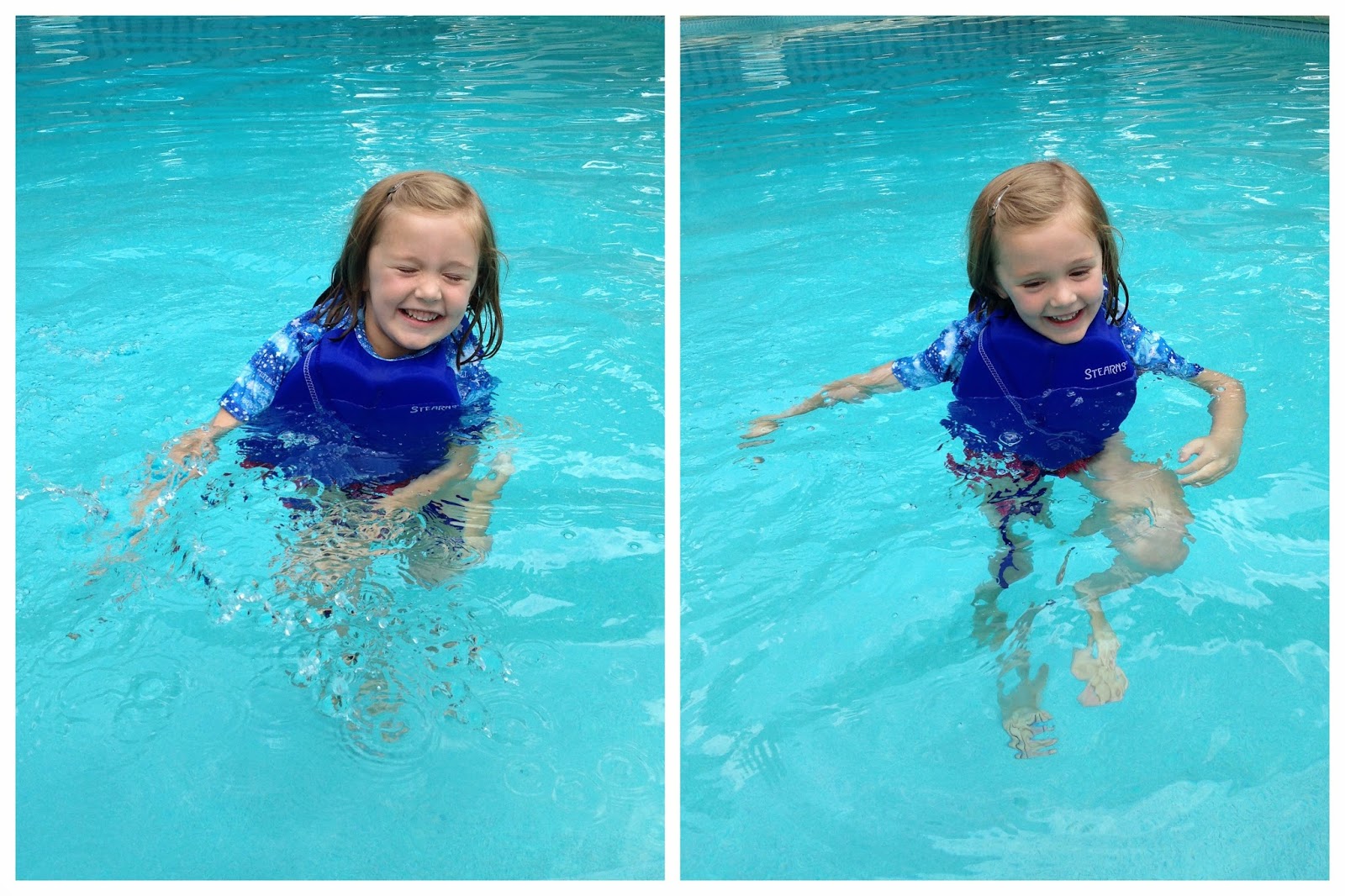 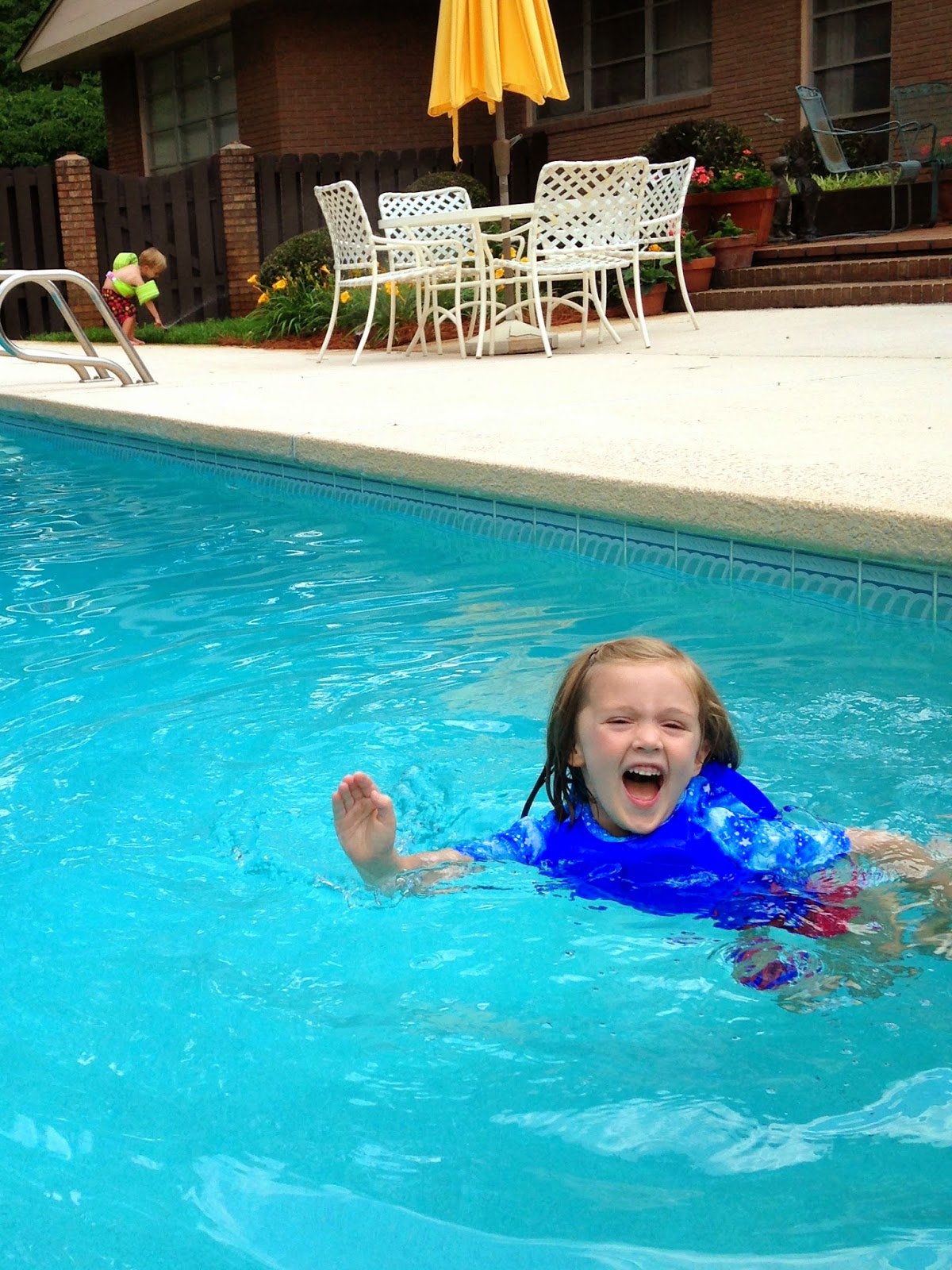 She’s a hoot, that one. See Joseph over there by the sprinkler?
Now, about the potty training… 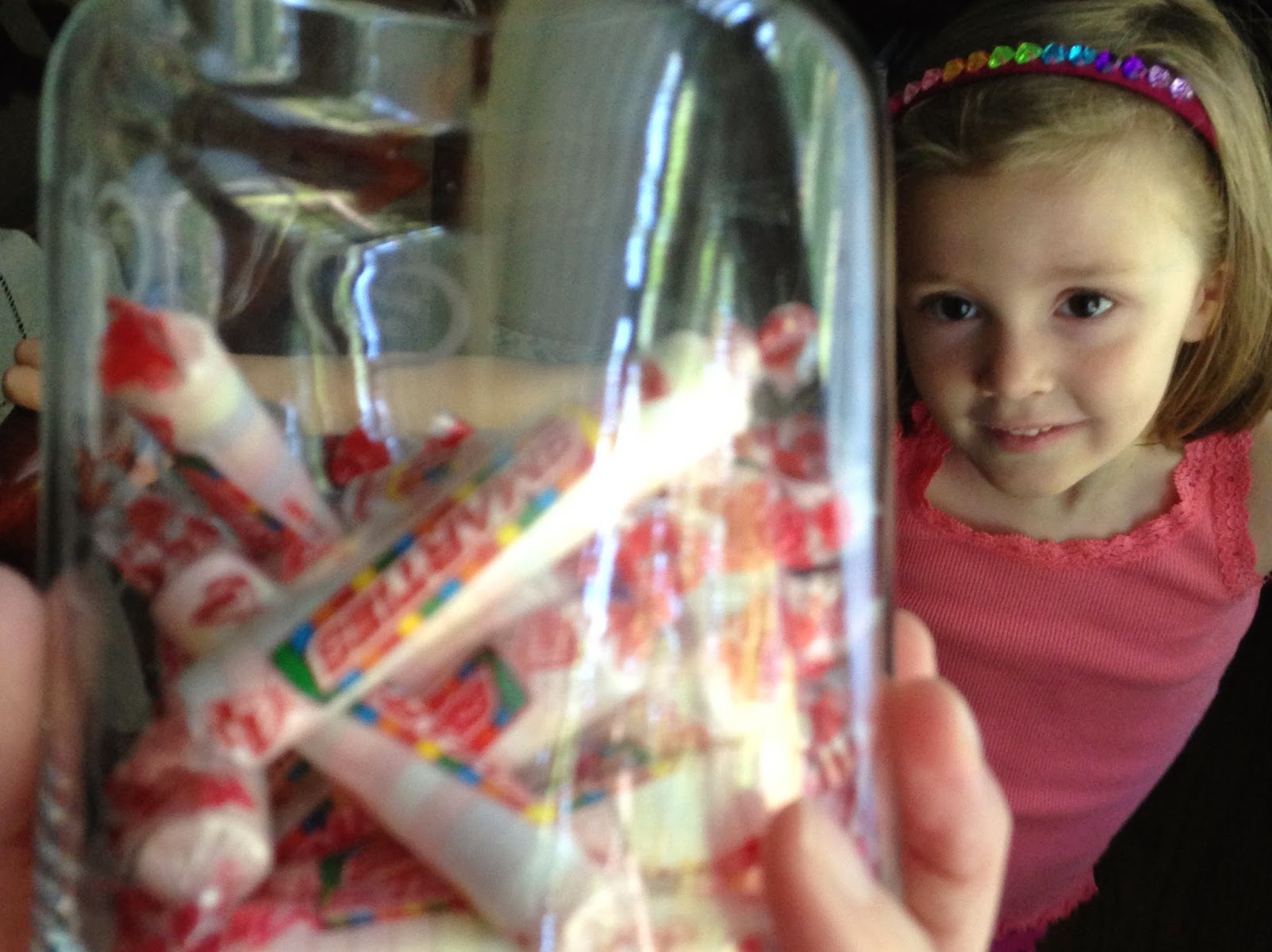 I’m talking about Joseph. Hannah just wanted some candy, too. I started with Smarties because Joseph has such a sweet tooth, but I realized he is far more excited about stickers. Go figure. Whatever works! 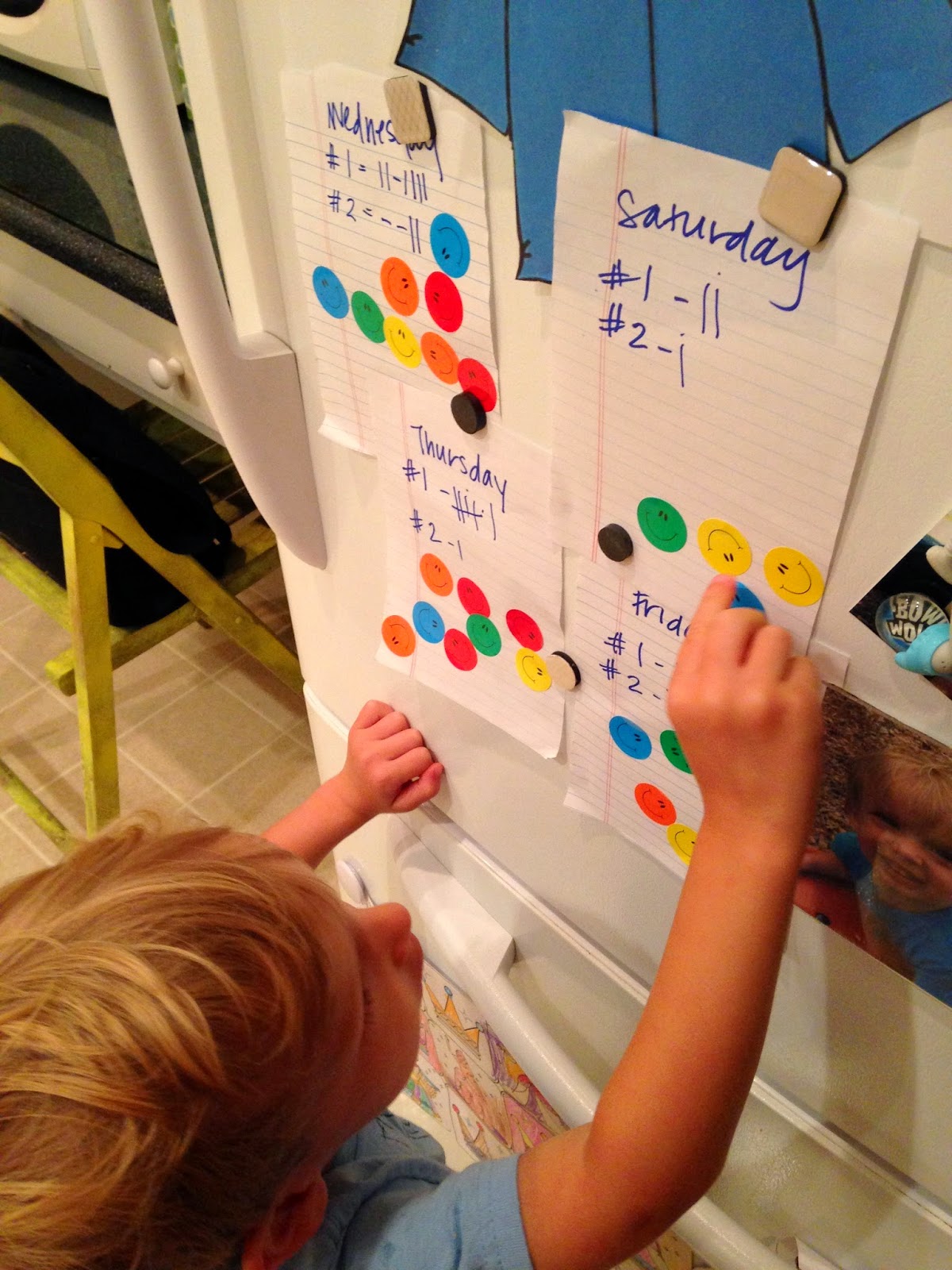 But potty training this time around is exhausting. Hannah was a breeze in comparison. For one, he’s a boy and boys usually require much more effort and take longer, or so I’ve heard. But mainly, it’s his GI problems that make this experience hard. He’s got the #1 thing down. Tells me when he needs to go, and even just goes to the bathroom by himself. It’s the #2 thing…
I didn’t have any unrealistic goals for this week, truly. I just wanted to start and see where we got. He’s been going some on the toilet for a while now – at preschool and before bath at night, but that’s about it. This week my plan was simply to keep him bare-bottomed. Ideally he would understand what I was trying to do and start telling me when he needed to go. There was hope – and fervent prayers – that potty training might alleviate his tummy troubles. That somehow putting him on the potty multiple times a day would make something click and he would stop withholding. Somehow. But that’s not the case so far, and I guess I shouldn’t be surprised considering the specialists have told me this again and again! He is not going to potty train like a normal child. Prayers continue.
Still, we have made good progress. I called his GI doc to let them know and, following their advice, have been doing “toilet time” and giving lots of positive reinforcement. Hannah has been a supportive big sister and a great encourager. 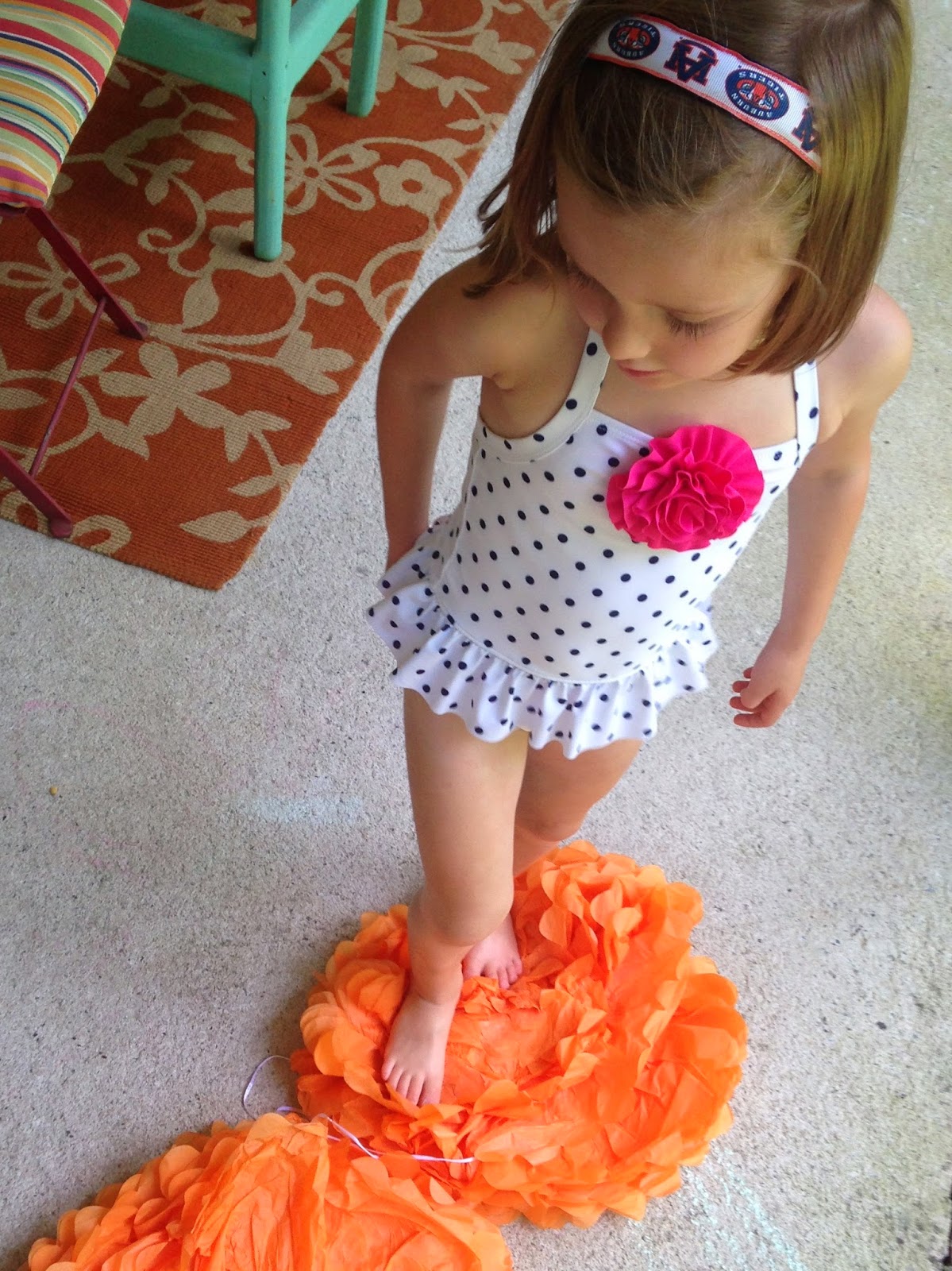 She and I decided the playroom needed rearranging yesterday and we took down the last three remaining tissue poms from the ceiling (from her birthday party in September). She enjoyed stomping on them.
Joseph and I have spent about 1/4 of each day in the bathroom. We have washed our hands a hundred times. We have read lots of books. But we are getting somewhere. Hooray! 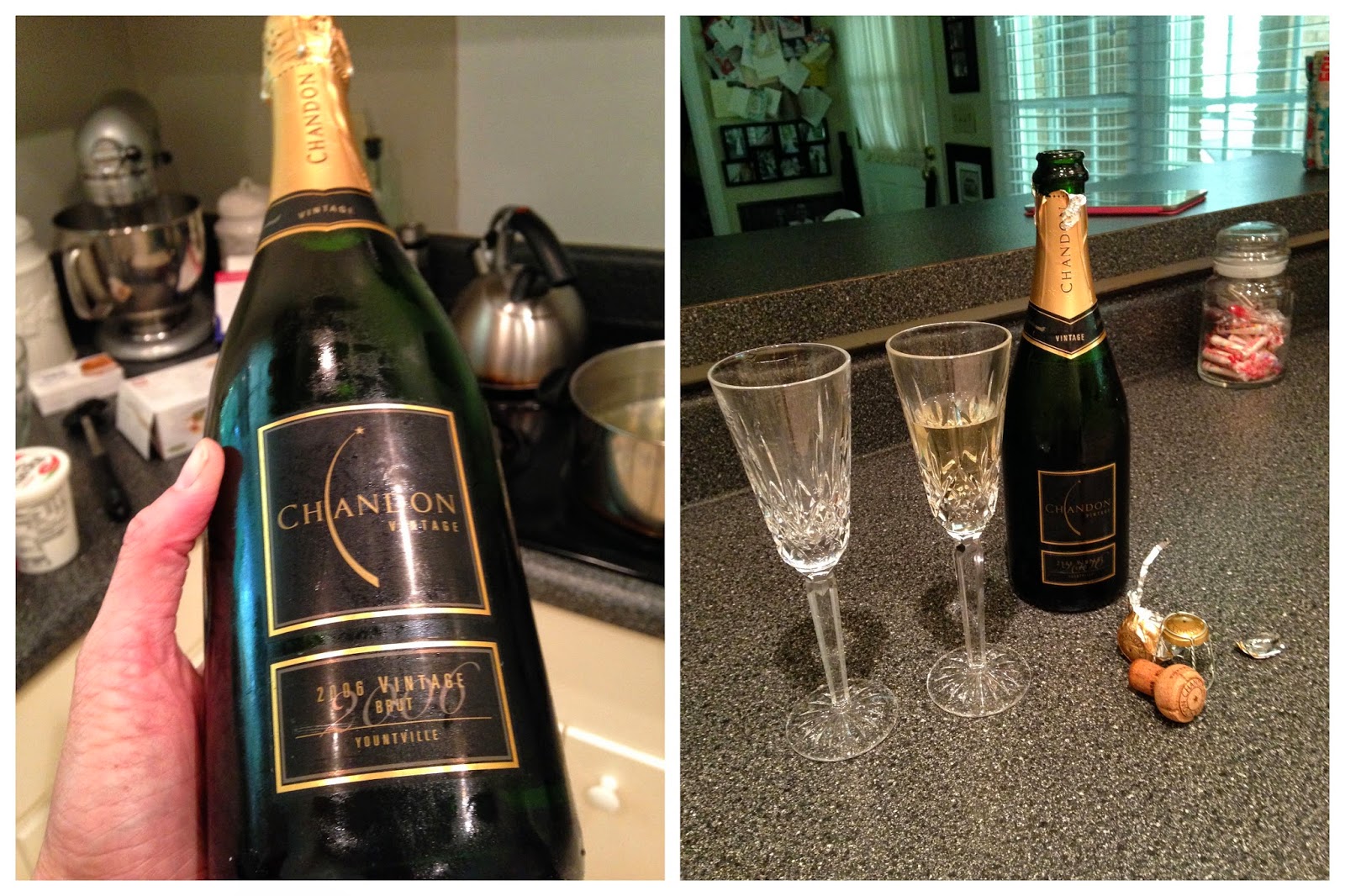 No…I’m not joking. This is reason to celebrate. {And I’ve had the bottle of champagne sitting in the wine rack for at least three years. I’m not a champagne connoisseur, but it tasted delicious to me.}