That Thursday through Saturday of spring break, we went on Joseph’s 5th birthday trip to Great Wolf Lodge in Charlotte, NC. The four of us and Meme celebrated Hannah’s 5th birthday on a Disney cruise and wanted to do something special for Joseph’s, too. SO much fun and a vacation spot I’d highly recommend for families with young ones. There is a bunch to do and you never have to leave the hotel. All five of us had a blast. 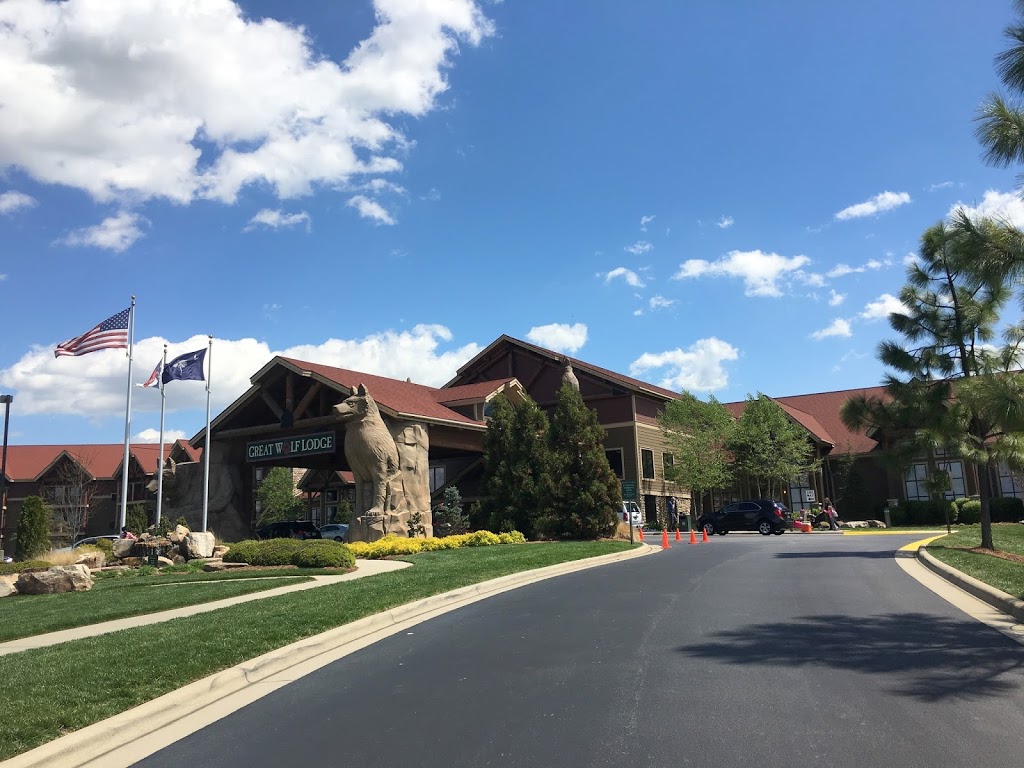 The indoor water park is GREAT. It’s a bonus when you don’t have to worry about sunscreen and sand with the kids. 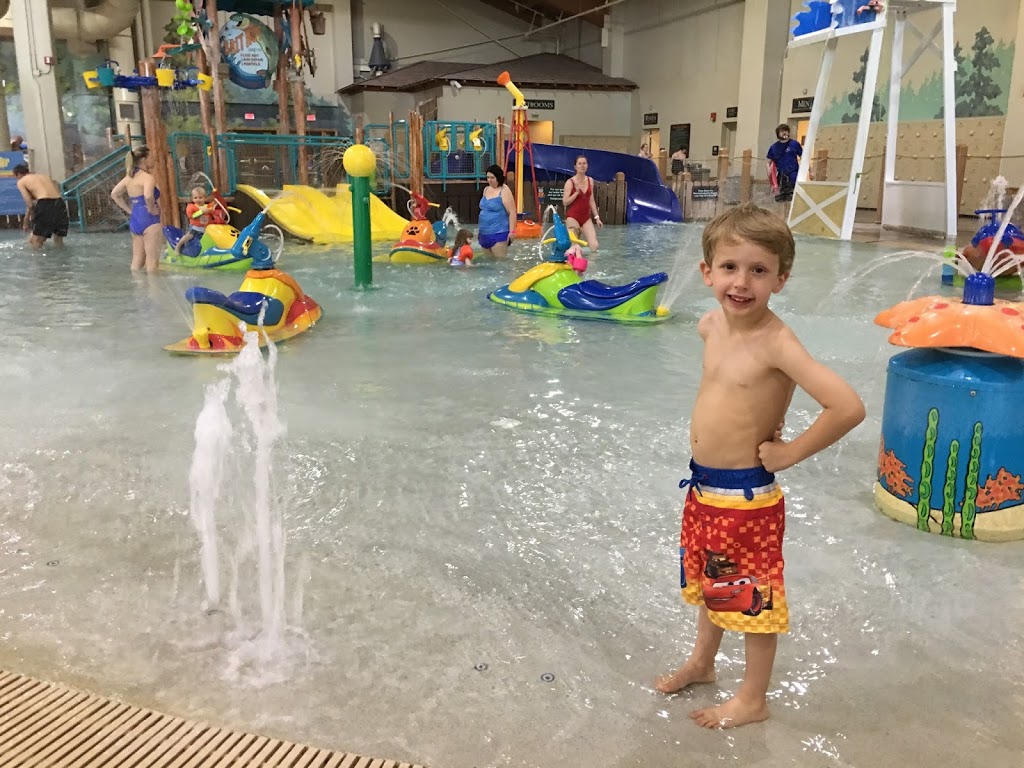 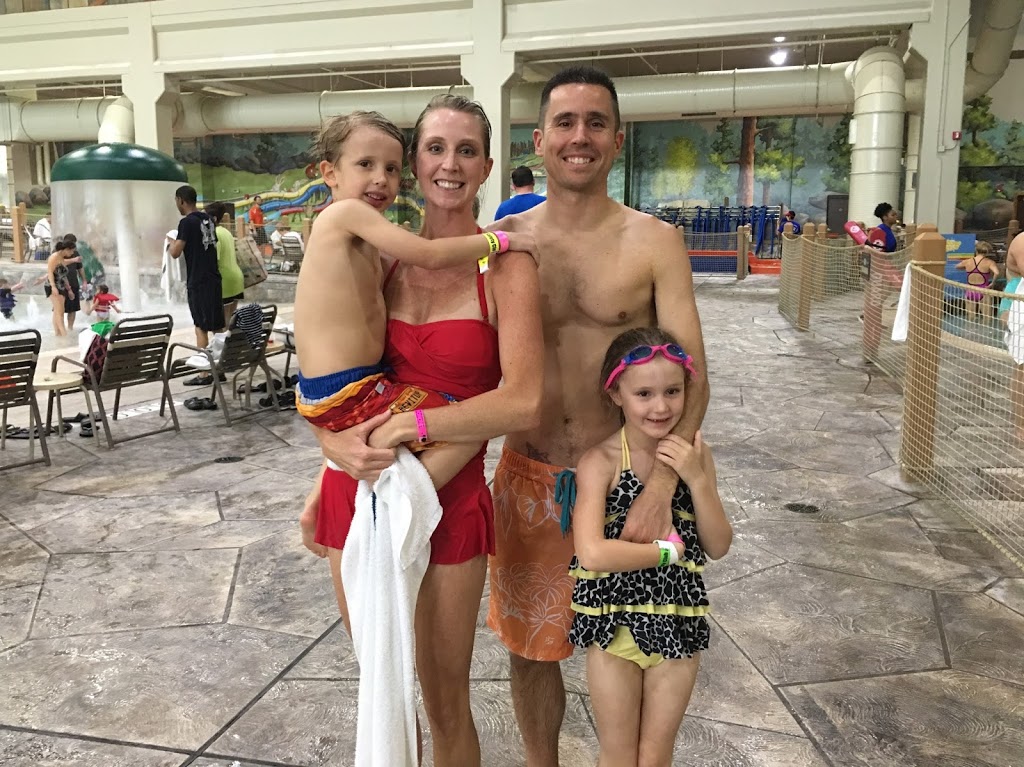 Joseph spent most of his time splashing around in the Cub Paw Pool and playing at Fort Mackenzie, the huge tree-house with lots of fountains, hoses and buckets. Eventually he warmed up to the idea of getting the in the larger/deeper pools. Hannah was all about the pools and the slides…and the slides were awesome. She also conquered the Big Foot Pass and made a new friend, also named Hannah, who was with us most of our time at the water park. Our girl is a water baby through and through. 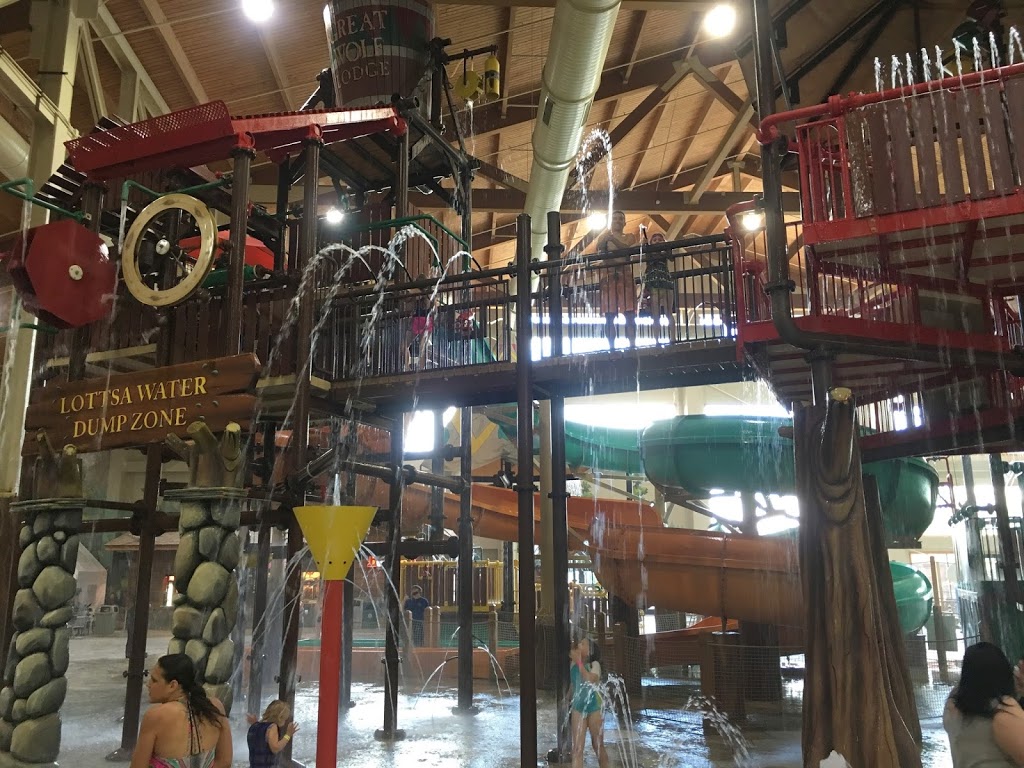 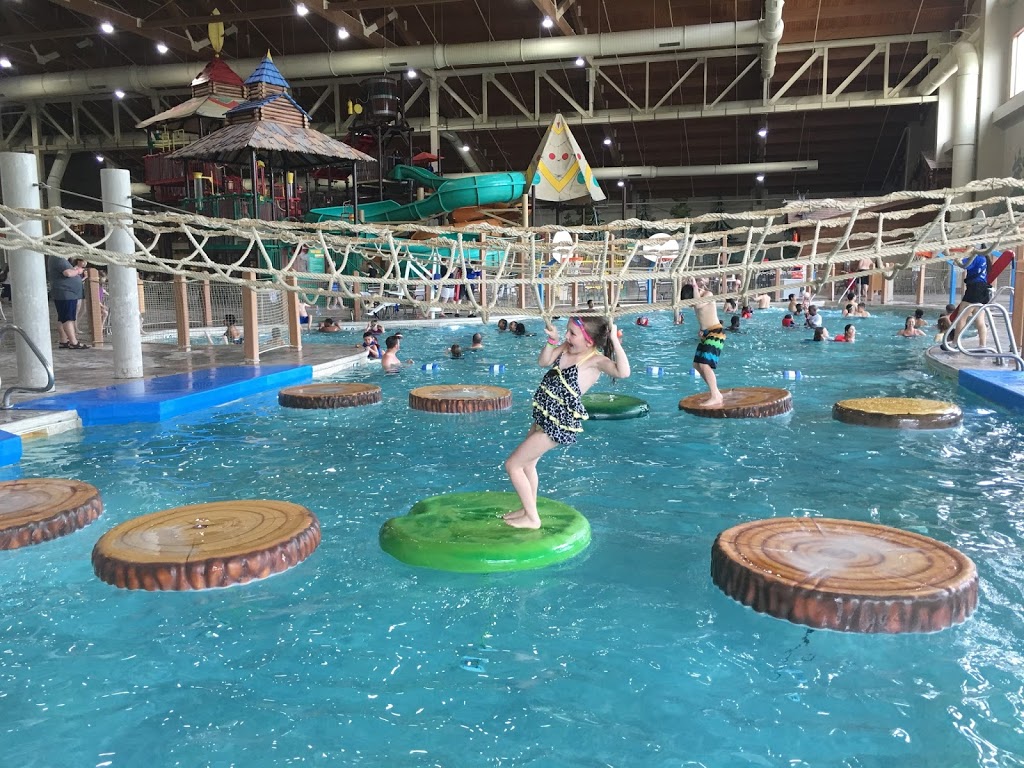 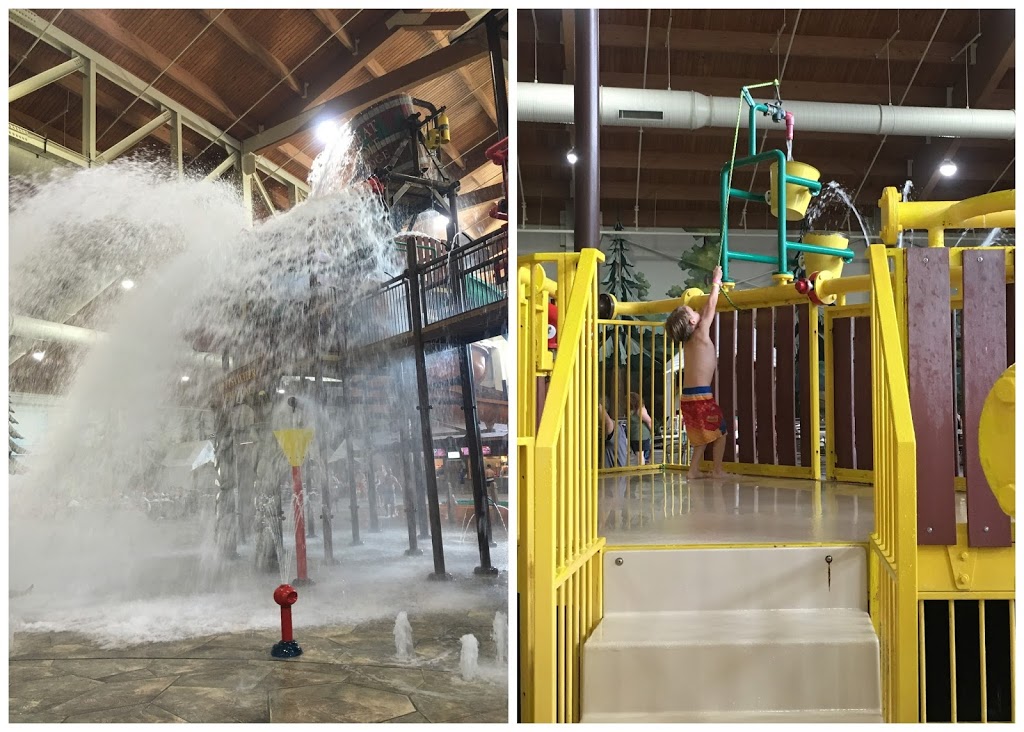 We hit the Northern Lights Arcade on a few occasions. Joseph kept calling it Chucky Cheese, since that has been his only experience in a place with lots of games, lights, and noise. He loved steering and shooting, while Hannah showed off her skee ball skills. Both racked up on tickets. 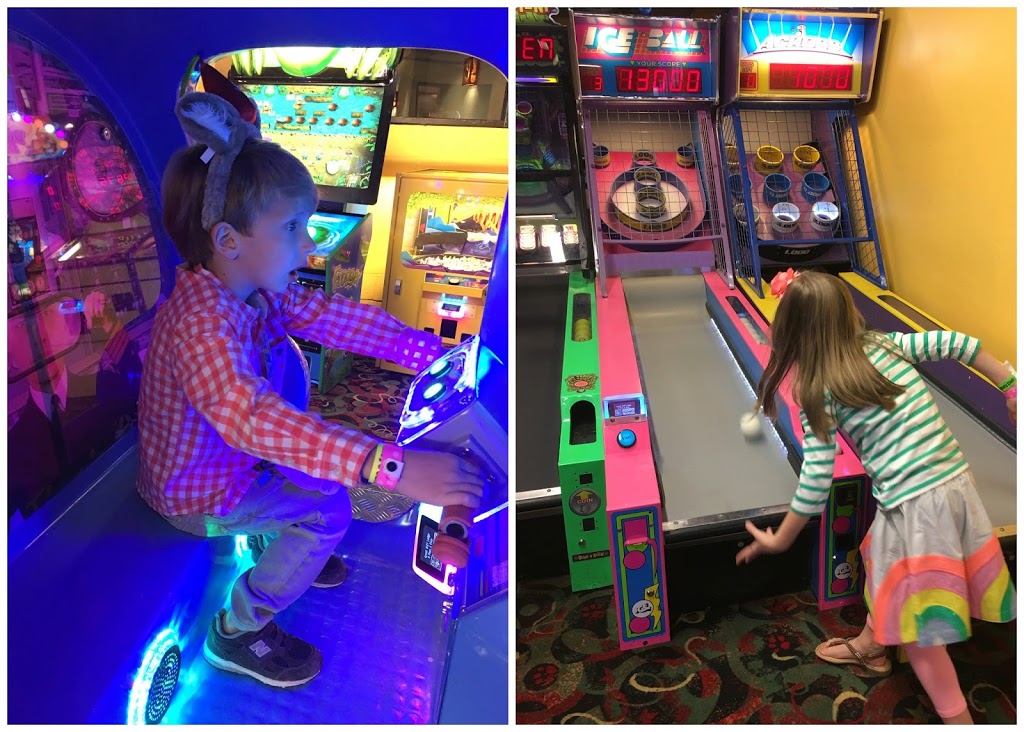 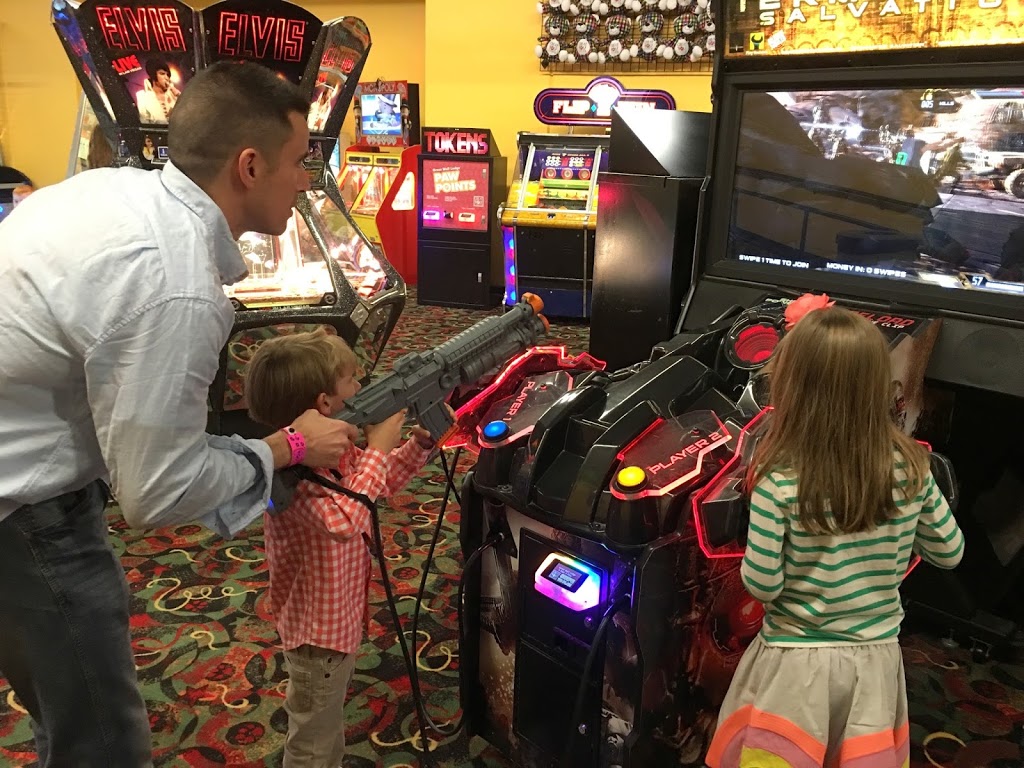 The food at the hotel is really good; we were impressed. Both nights we ate at Lodge Wood Fired Grill and, between the five of us, enjoyed a good portion of the menu. There is plenty of entertainment for children, including a nightly story time at the Great Clock Tower.

The characters at Great Wolf Lodge, including Wiley and Violet, come out and pose for pictures. My mom arranged for them to deliver cookies to our room one night, too. Unfortunately they did not give us a proper heads up and we missed them. Probably the only disappointment of the trip. 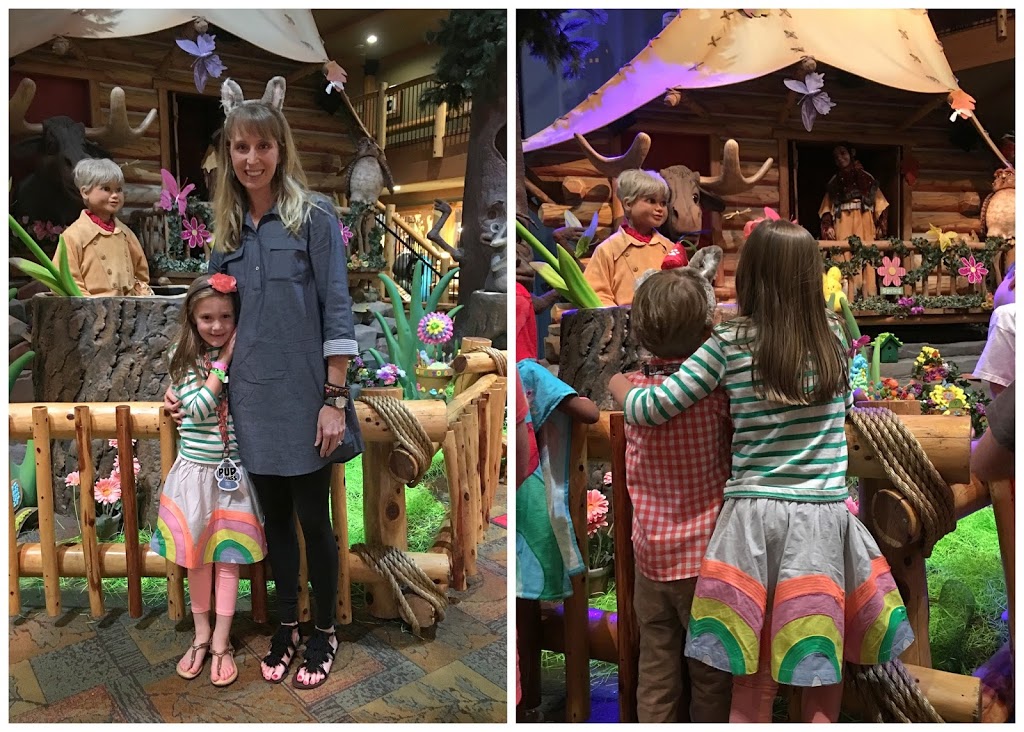 We started a packed-full day with Yoga Tails in the lobby and bowling at Ten Paw Alley (miniature bowling alley and great fun for Hannah and Joseph), with breakfast at The Loose Moose Cottage buffet in between. 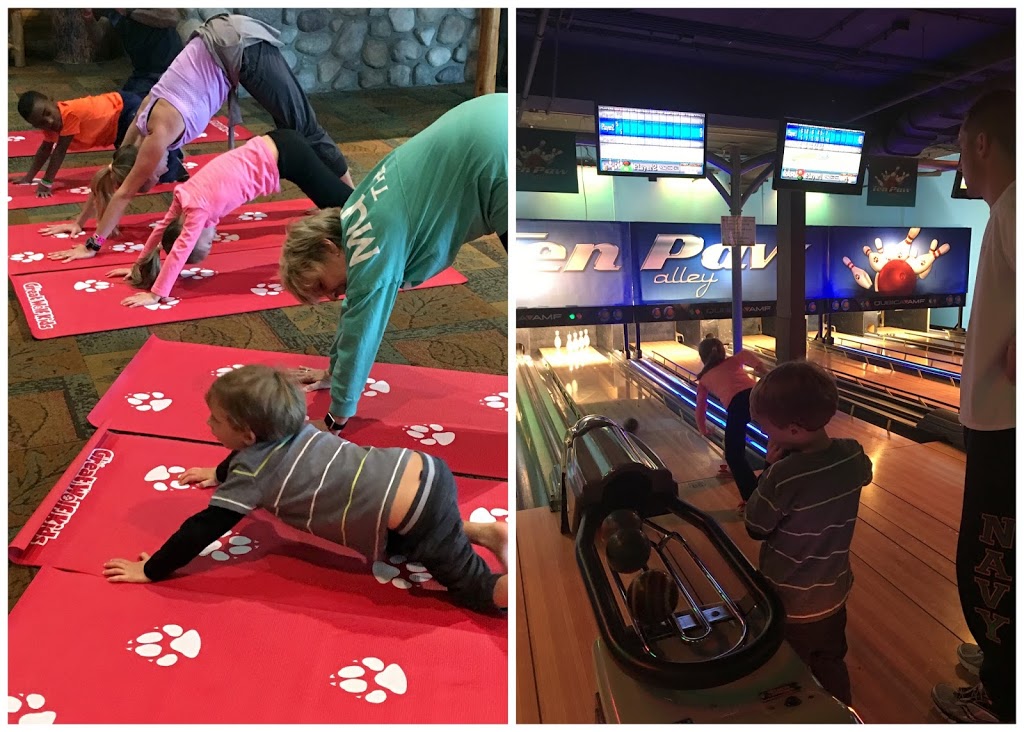 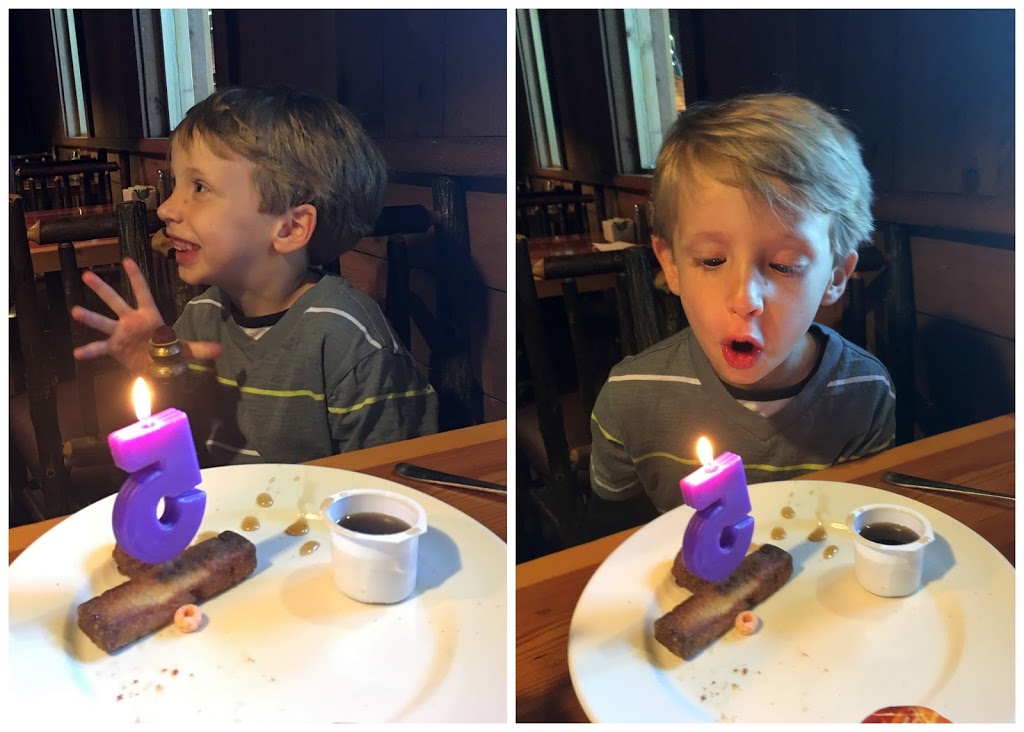 We spent most of the day at the water park. Joseph and Meme watched as we got dumped on by the gigantic tipping bucket. Meme captured it all with her phone. 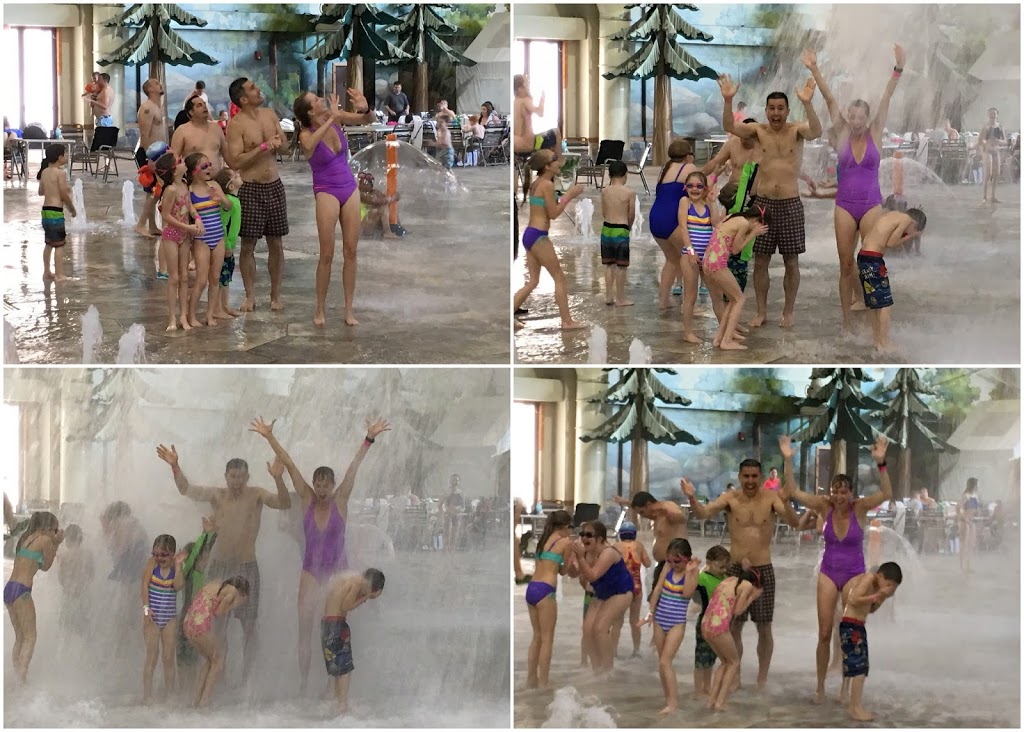 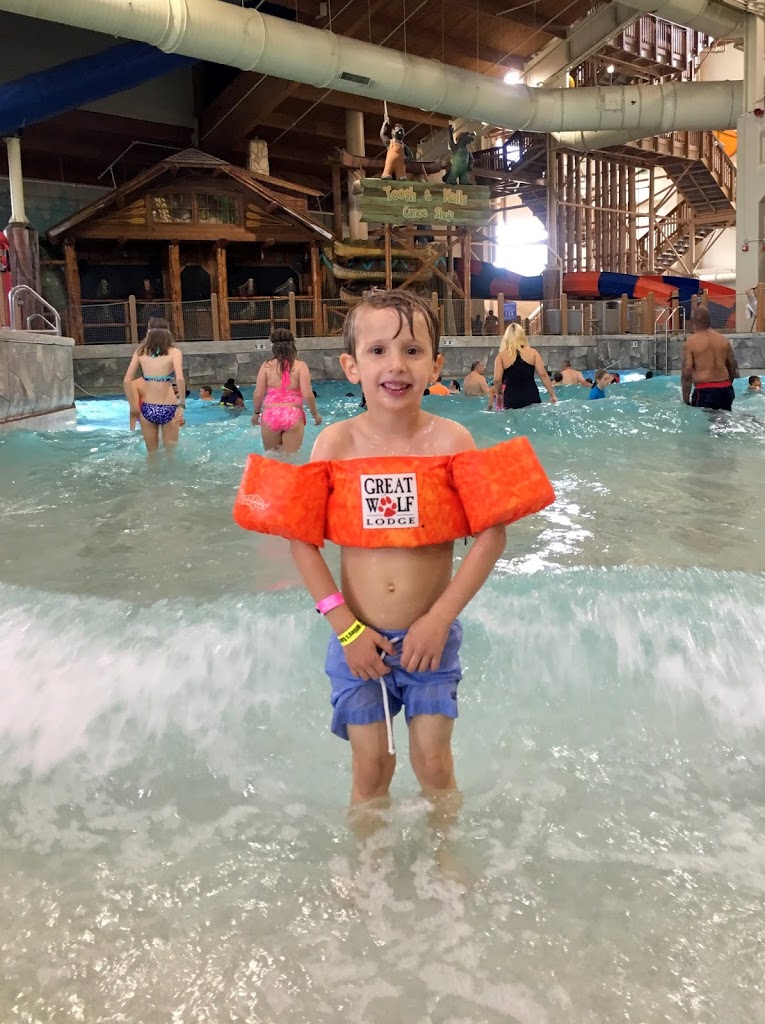 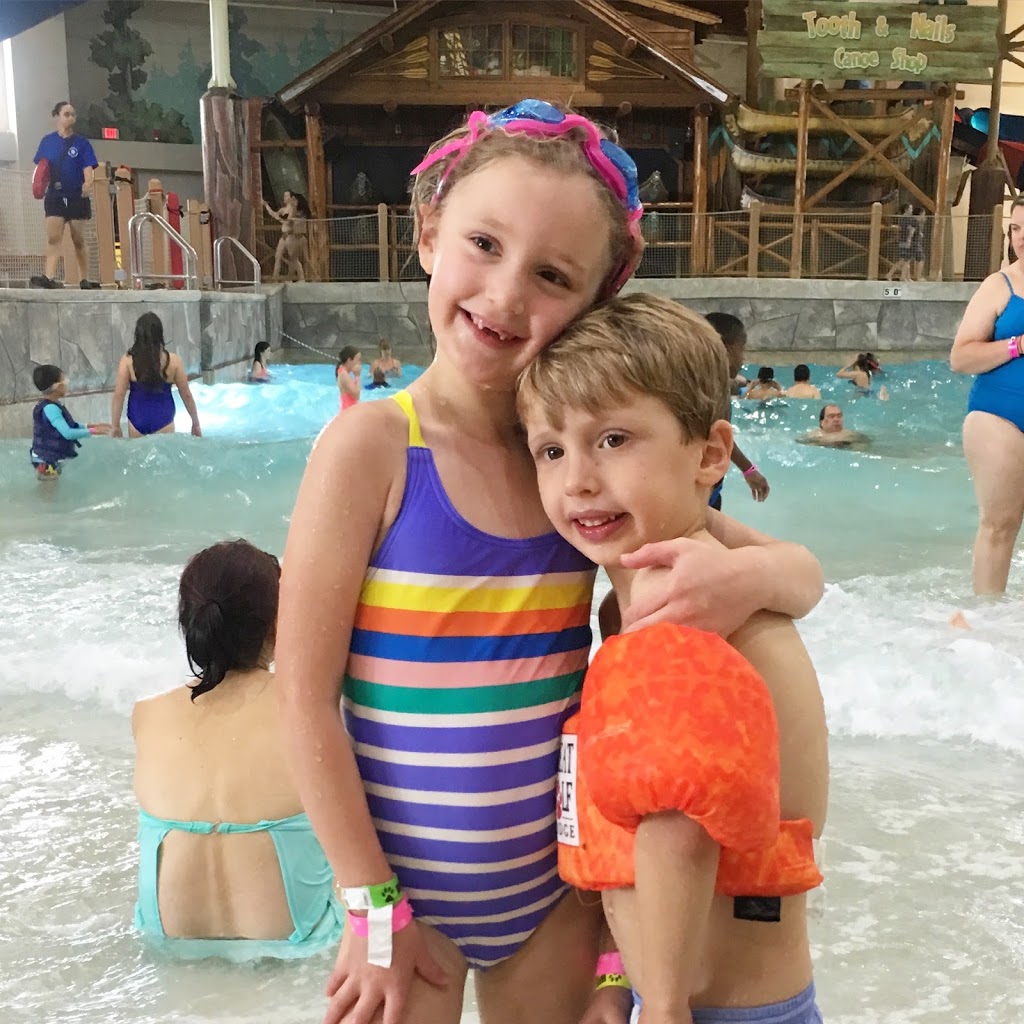 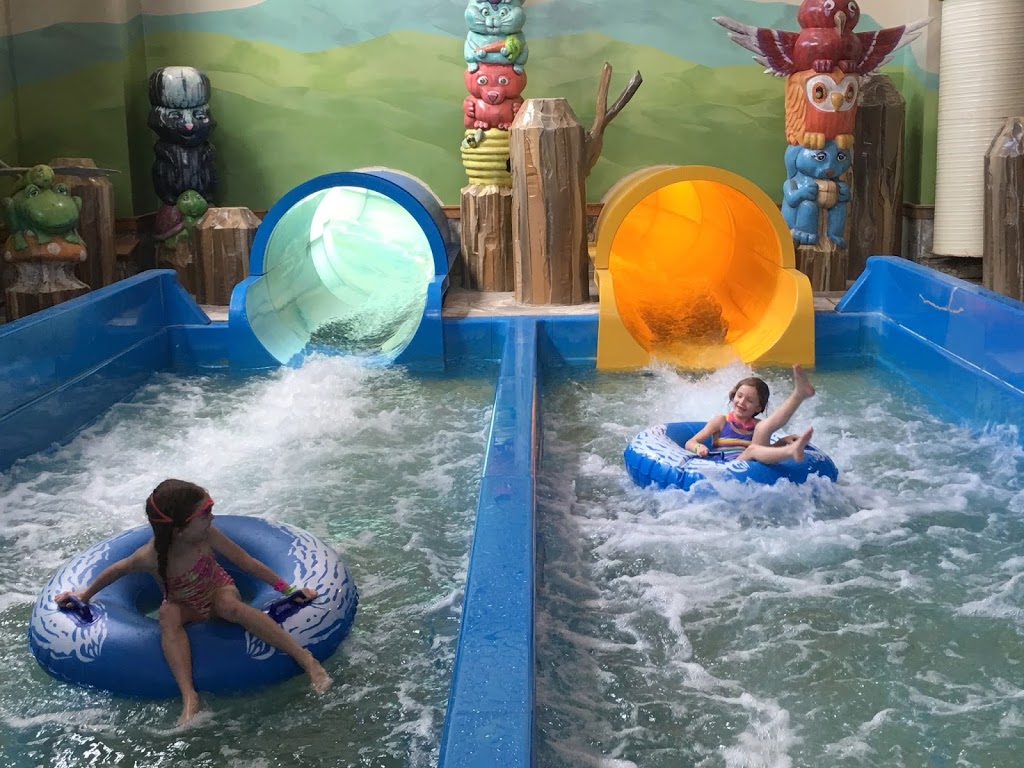 In the afternoon, we headed outside for the kids’ first experience with mini golf. Hannah was very focused and determined to get the ball in the hole, while Joseph was more interested in figuring out how all the contraptions worked and moving the pin flags around. 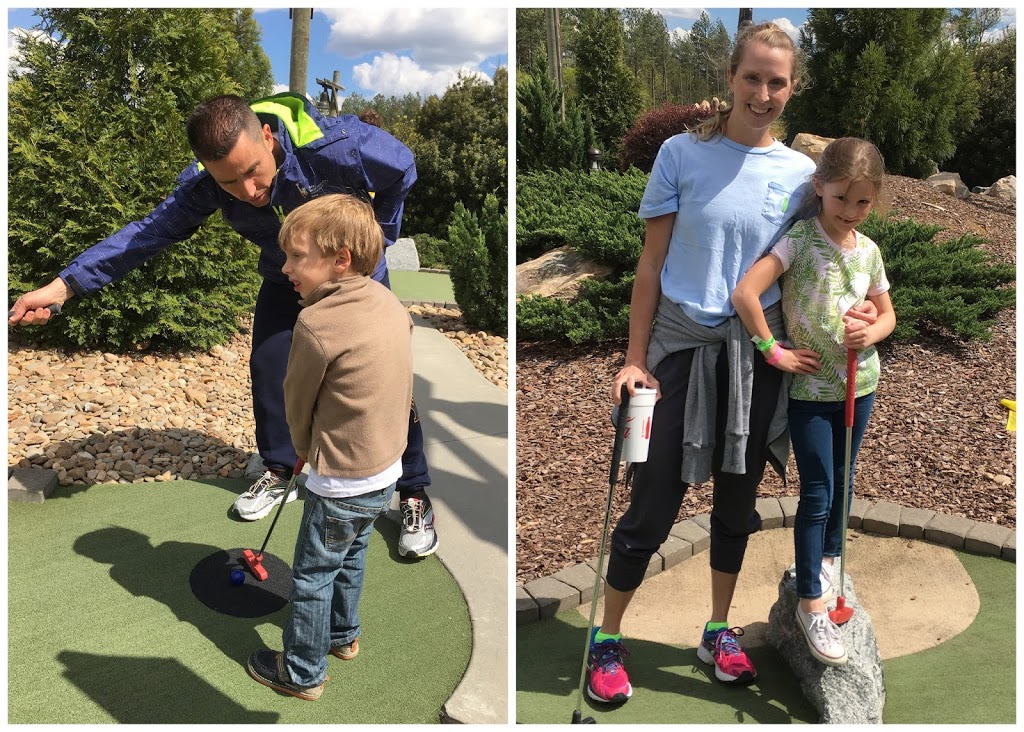 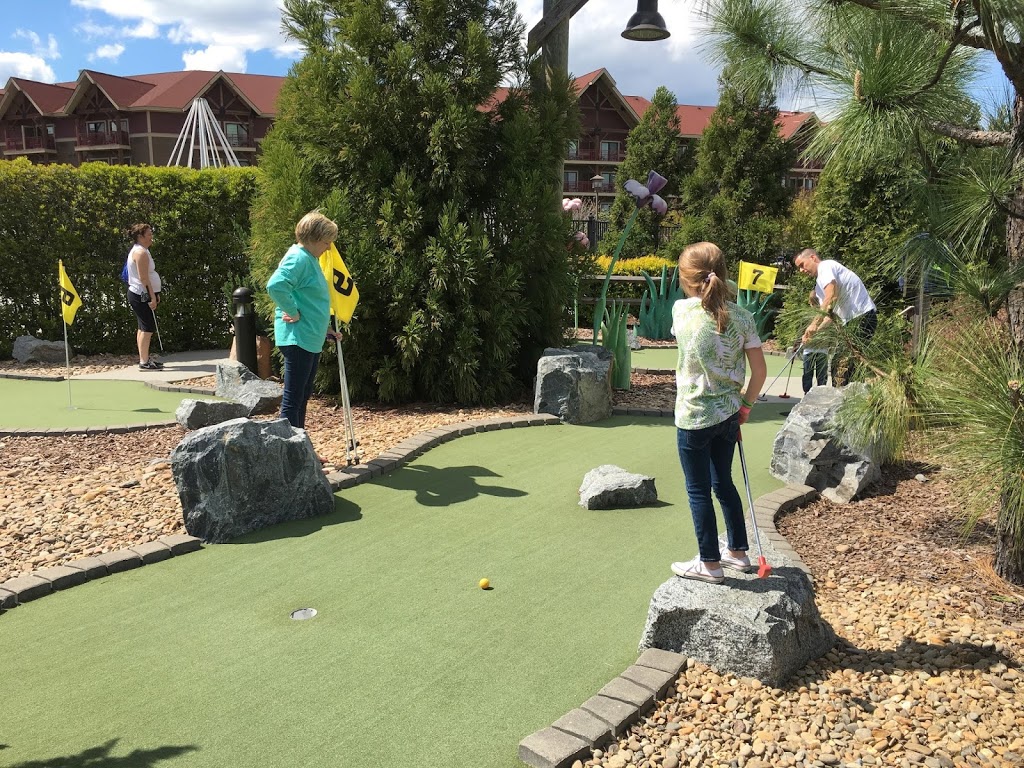 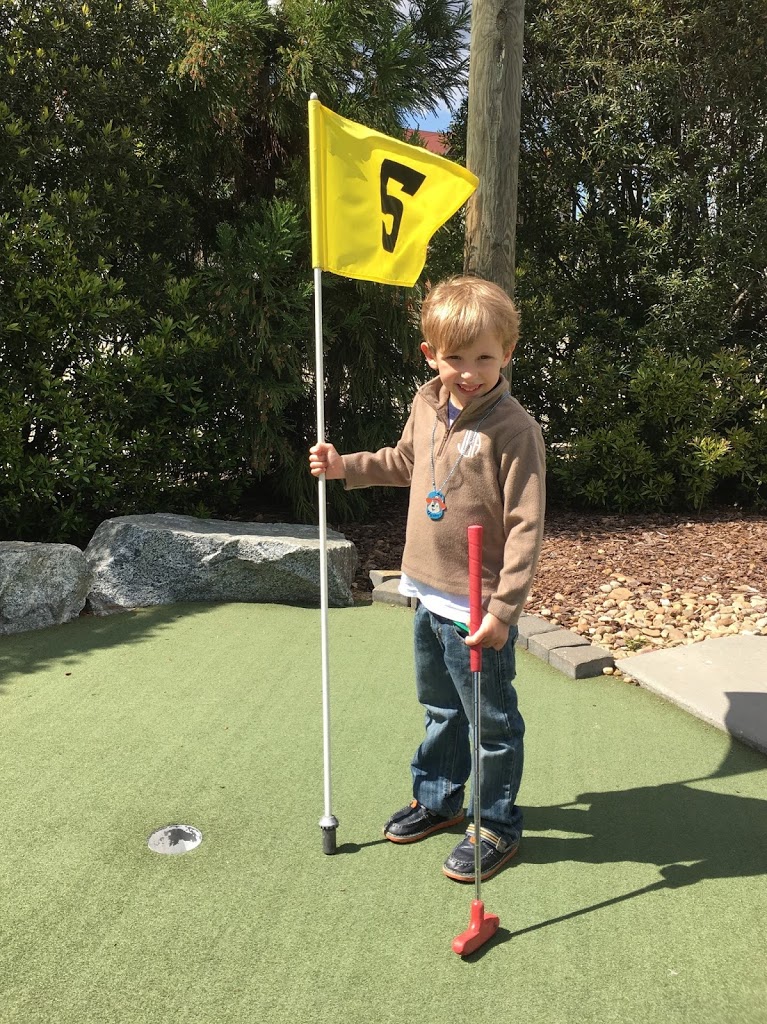 Then, Hannah and I did the Howlers Peak Ropes Course, her first time doing anything like that. She was so brave! 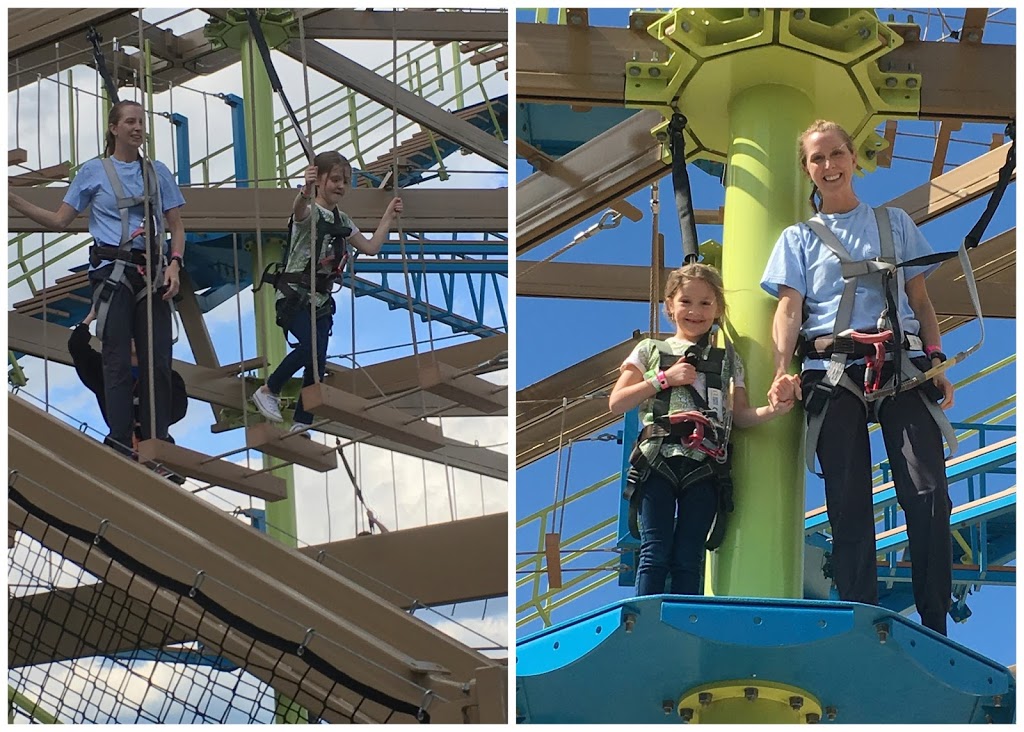 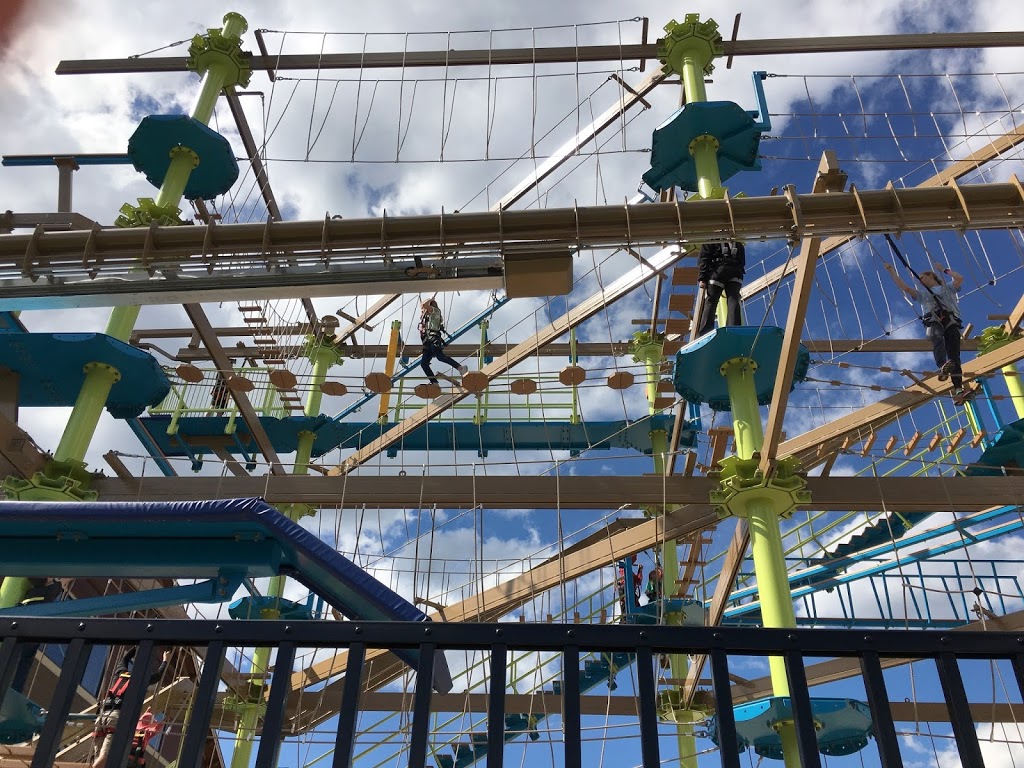 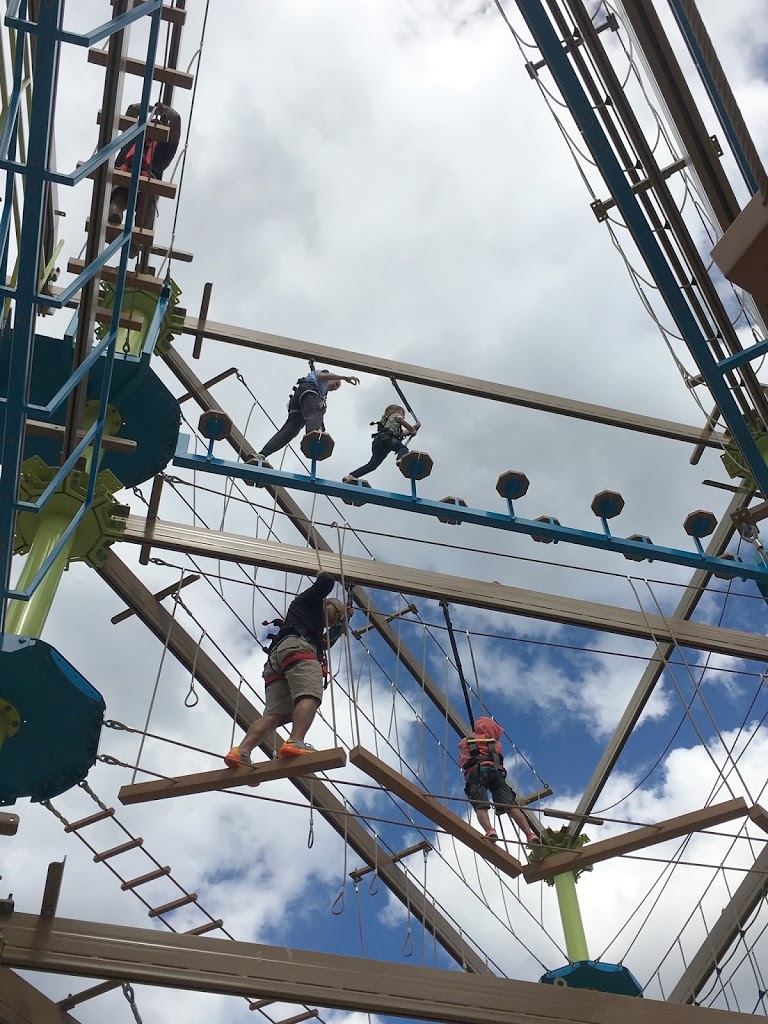 Throughout the hotel there is an interactive game you do with the plush characters you make (similar to Build-A-Bear). You go from kiosk to kiosk following clues until, at the end, you are made part of the Clubhouse Crew. Joseph made a Wiley wolf and Hannah made a Rachel raccoon. 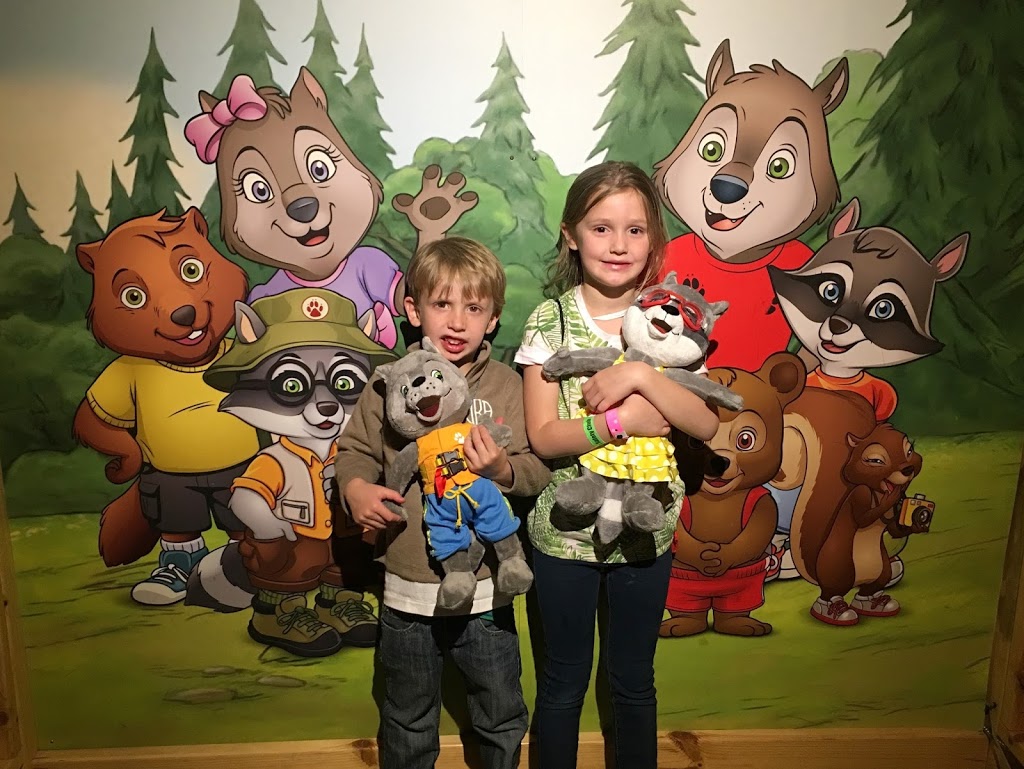 While we did this, Daddy did some work in the room. Then it was back to the water park to play before time to get ready for dinner. 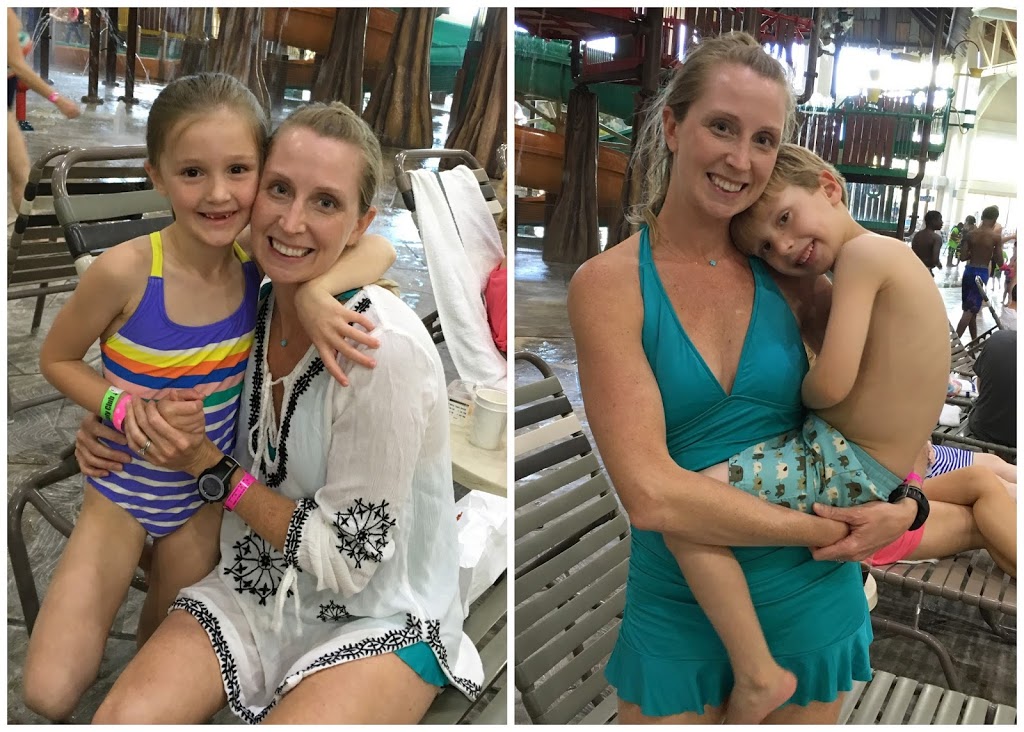 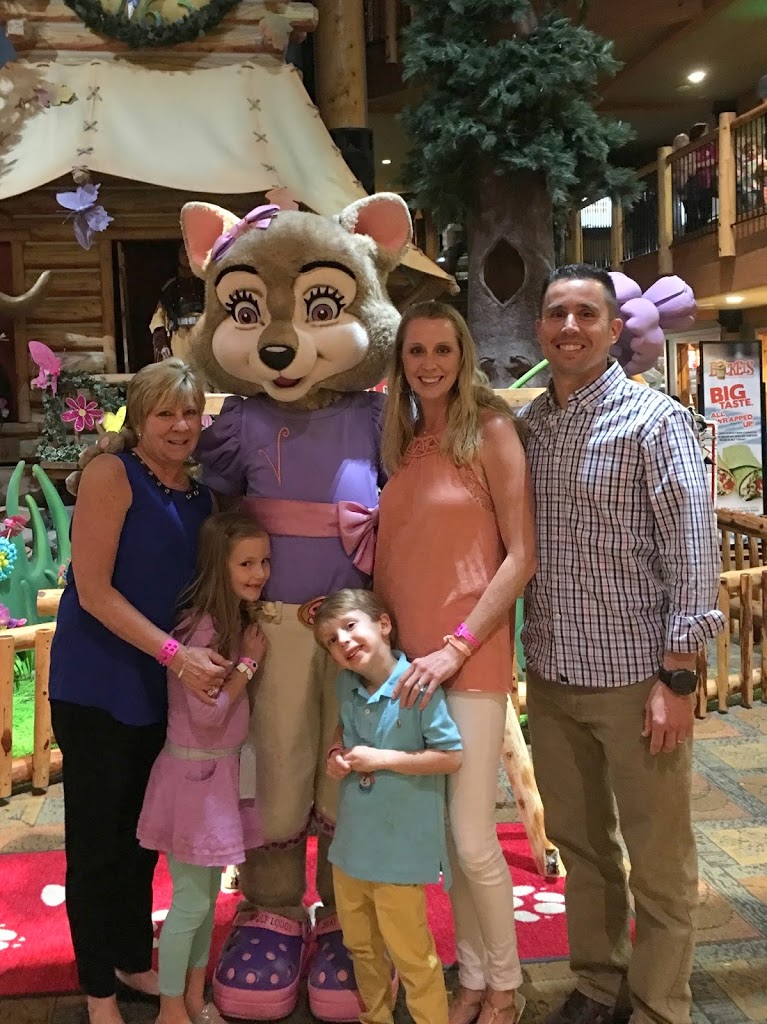 We posed with Violet, played in the arcade and ate dessert from Bear Paw Sweets & Eats. 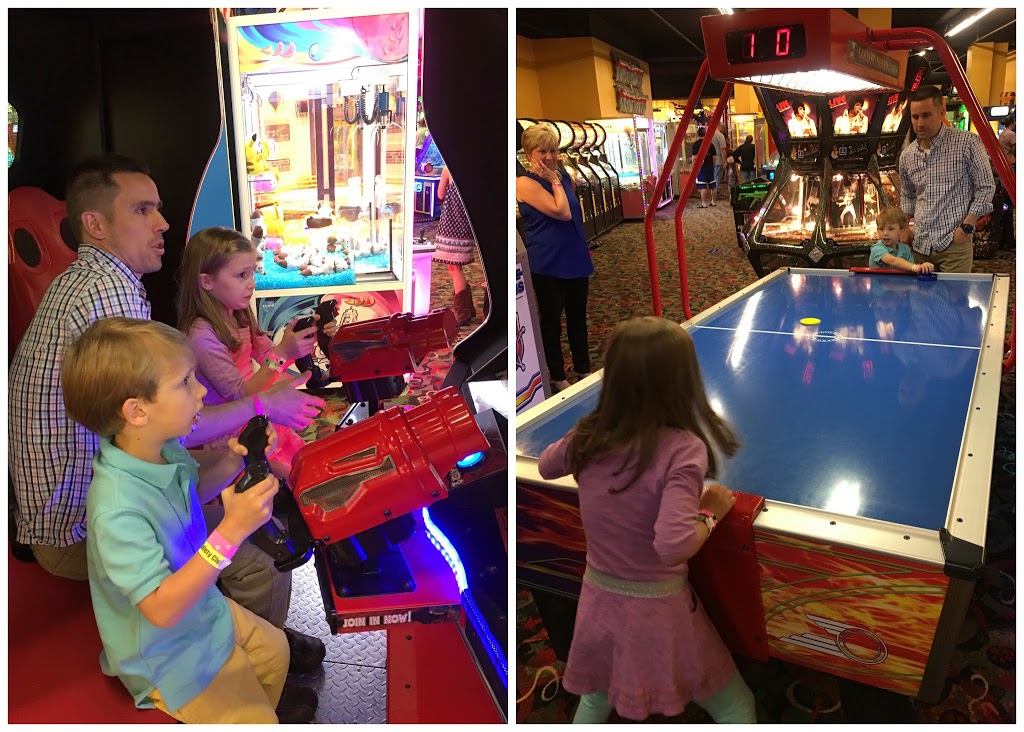 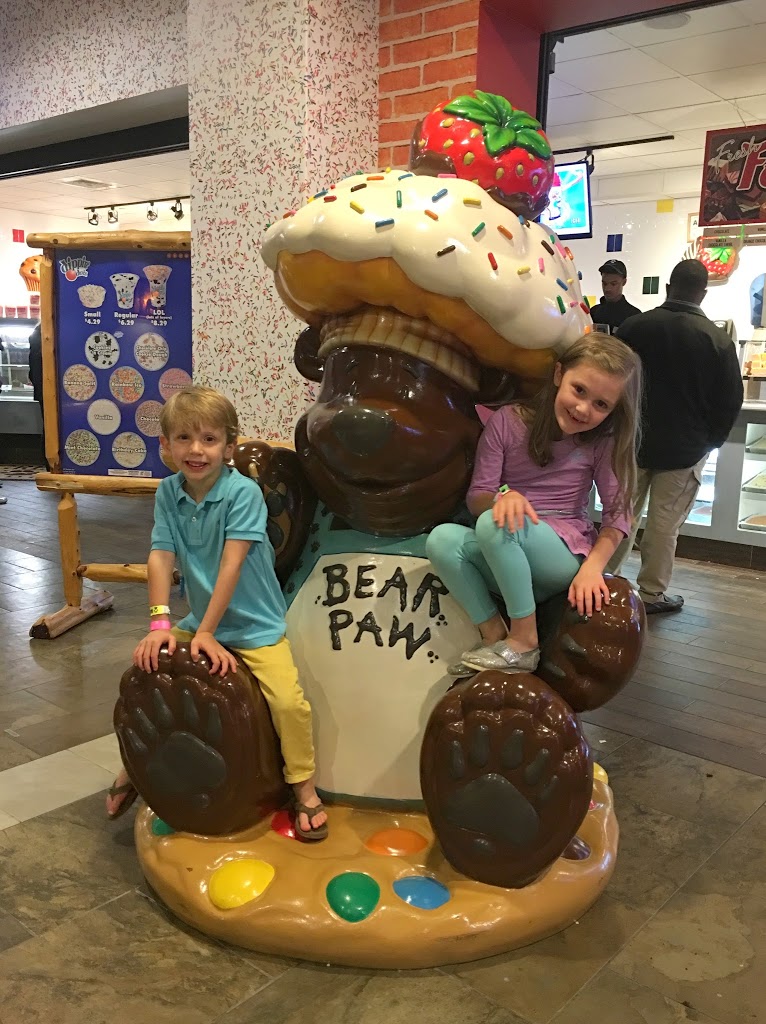 We spent our last morning getting in a few more trips down the slides and playing in the water. Then, sadly, it was time to go… 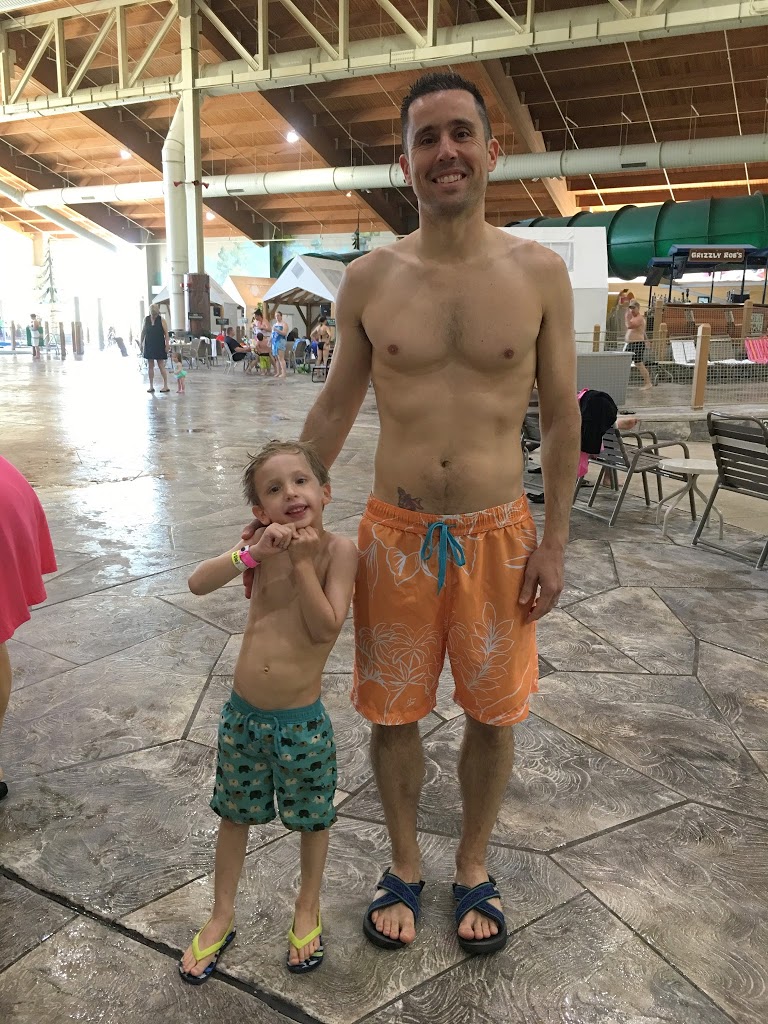 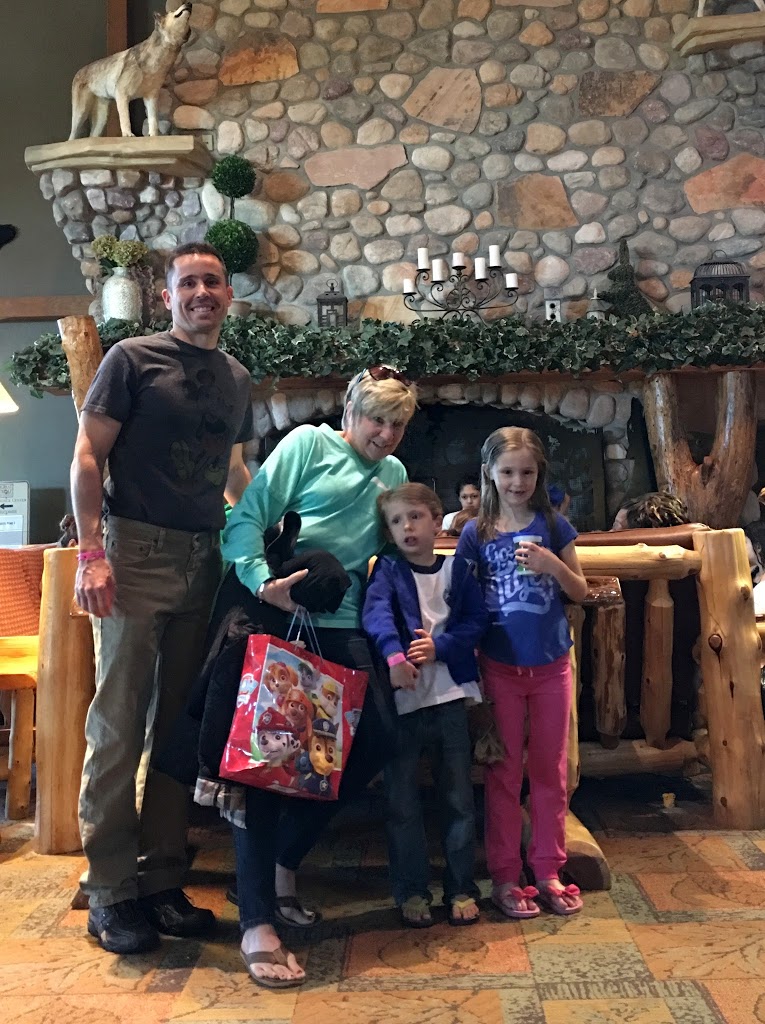 It was a memorable trip for sure and one Joseph (or any of us) won’t forget. Thanks Meme! 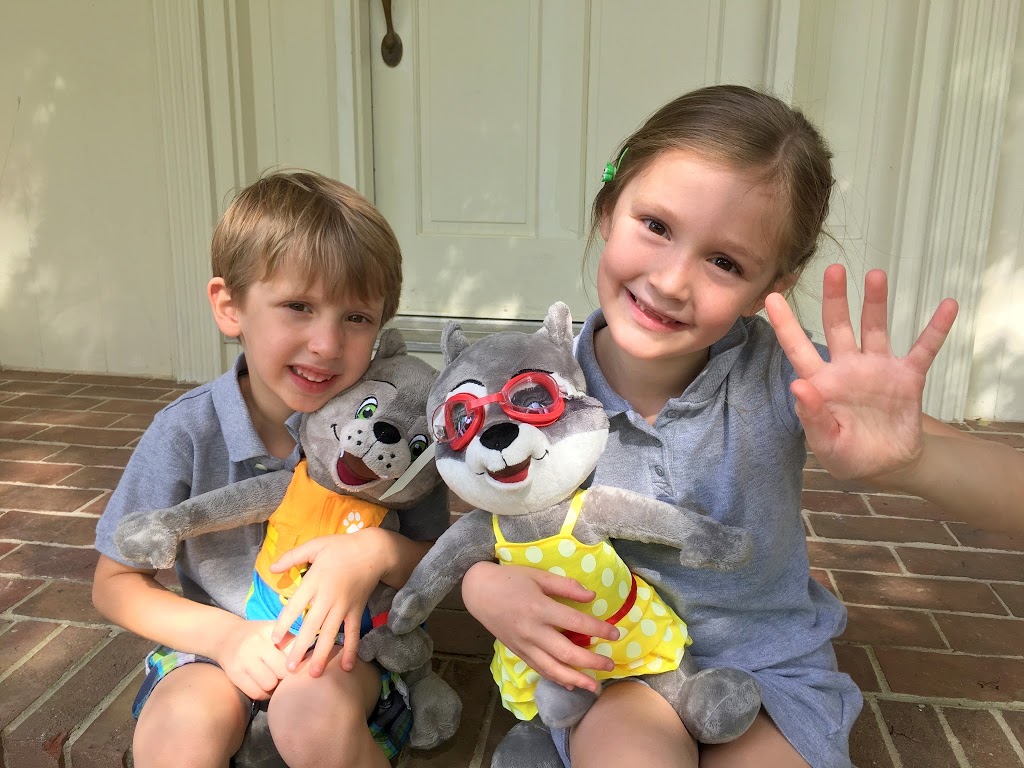