Hannah had a great time at her field day on Friday. Joe and I both went, as most parents did, to witness the hour and 45 minutes of fun. Let me tell you, my child is competitive. She took the relays seriously and stayed focused, going as fast as she could. But she also had a ball doing it and cheering on her teammates. She gets so excited and is so much fun to watch.

Her tongue was out for pretty much every event… 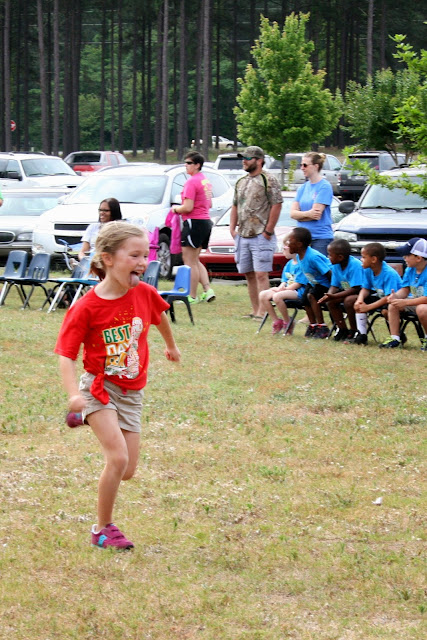 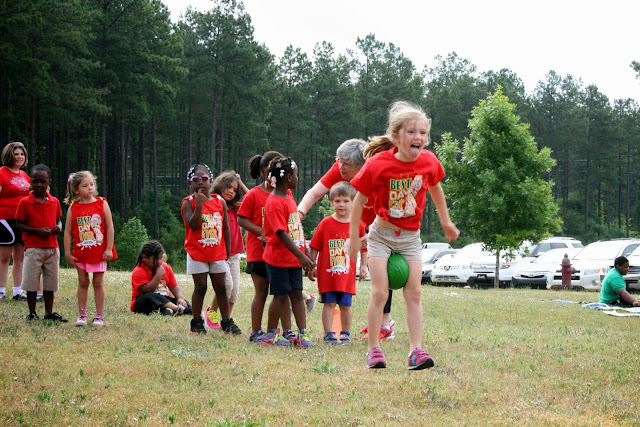 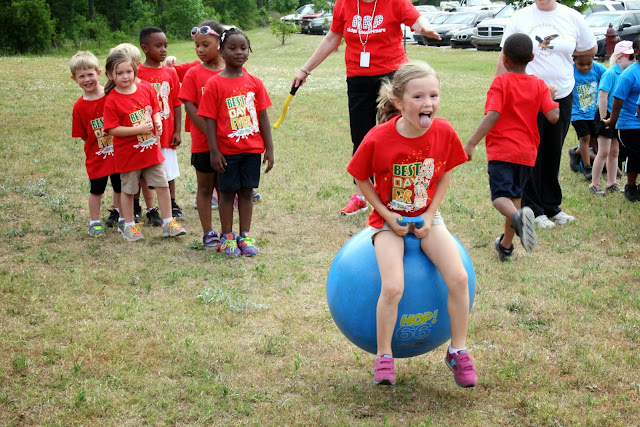 It truly is hilarious. We have no idea where she gets that. She doesn’t even know who Michael Jordan is! 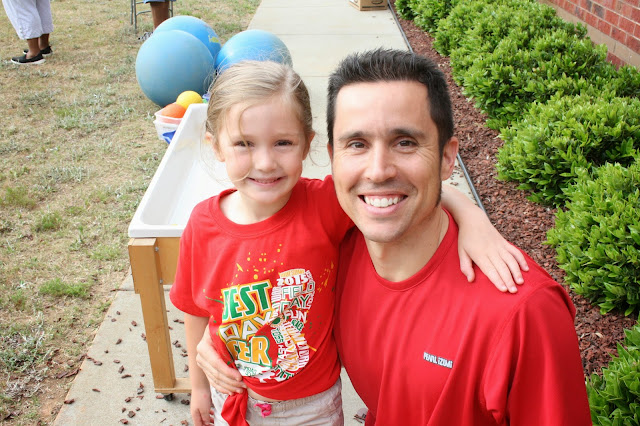 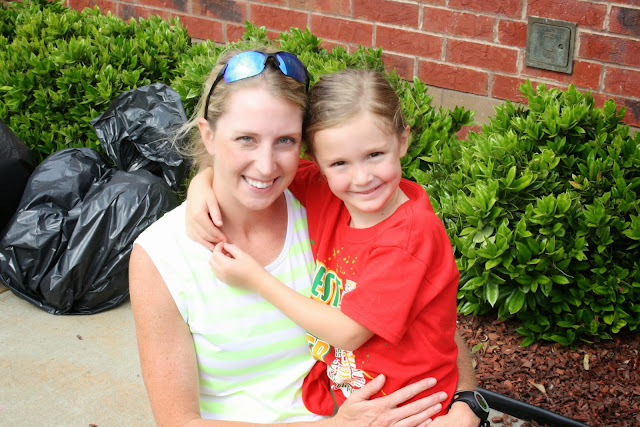 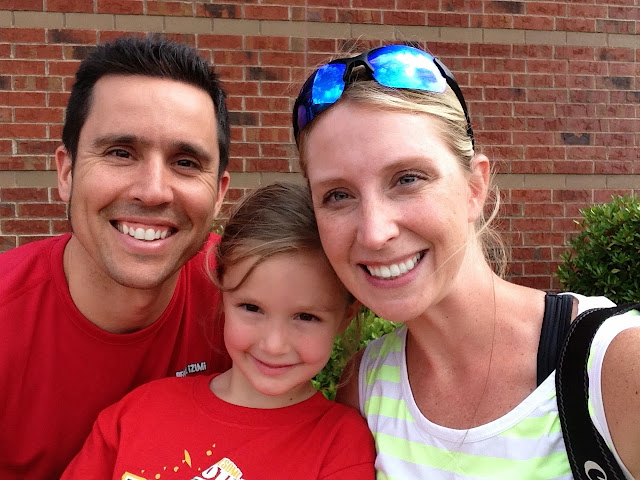 She was so excited to have us both there, too. I was glad it was on Friday, Joe’s day off, but he would’ve probably missed a little work to see her anyway.

I wore running clothes having planned on running afterwards before coming back to the school for the end-of-year luau party at noon, but the field day events went longer than expected so I had to adjust. I decided to hop out of the car as we were leaving the school and run home. Hopped in my car, picked up little brother and hurried off to the luau – sweaty, but most people were by that point anyway! 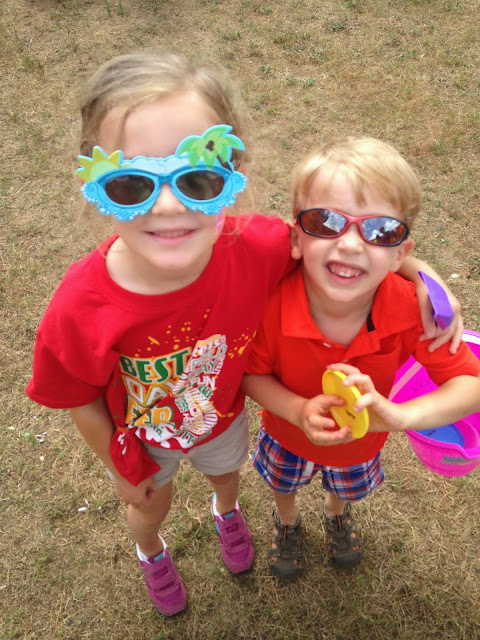 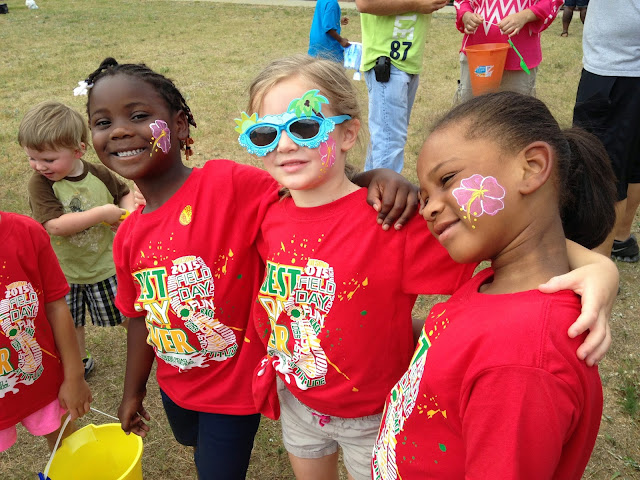 She loved the face painting and had a good time winning little (cheap) prizes and playing with her friends. The morning was overcast and not too hot during the field day events, but by lunchtime it was sunny and sweltering.

We finished the festivities with pizza and hot dogs inside. Hannah’s teacher fell and hurt her ankle last week and had to miss some school, but she made an appearance at the end of the party. The kids were so excited; they adore Miss Jennifer.

Our first field day in the books! It was a super fun way to end the last full week of school.