Last week the children had their school Valentine parties. As we did the past three years (you can see them here, here, and here), I used photos to make Valentines for Hannah and Joseph to hand out. With scissors, a hole punch, and ribbon I got to work. 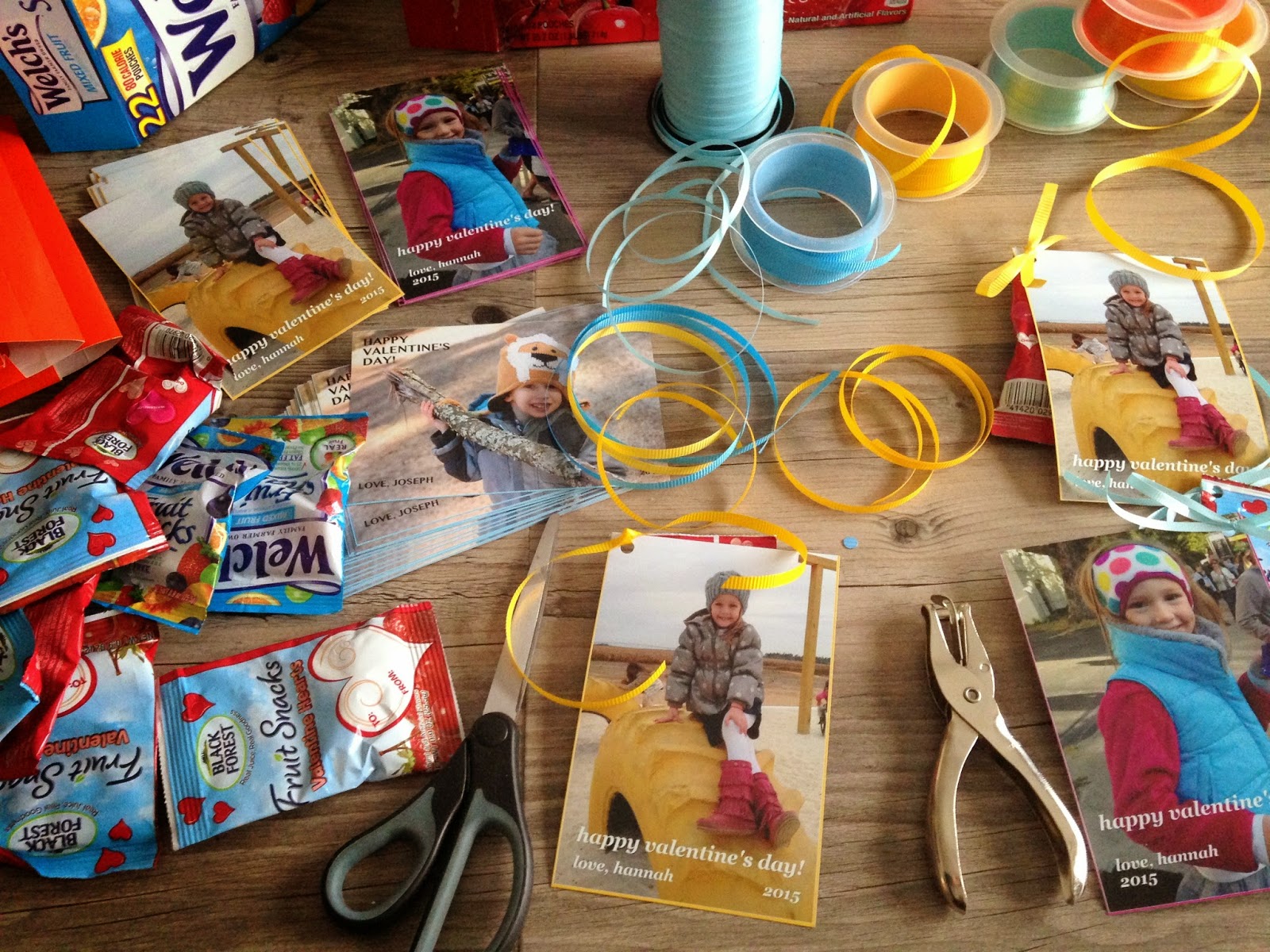 This year we attached gummies, their absolute favorite things. We’ve done M&Ms and lollipops in the past. 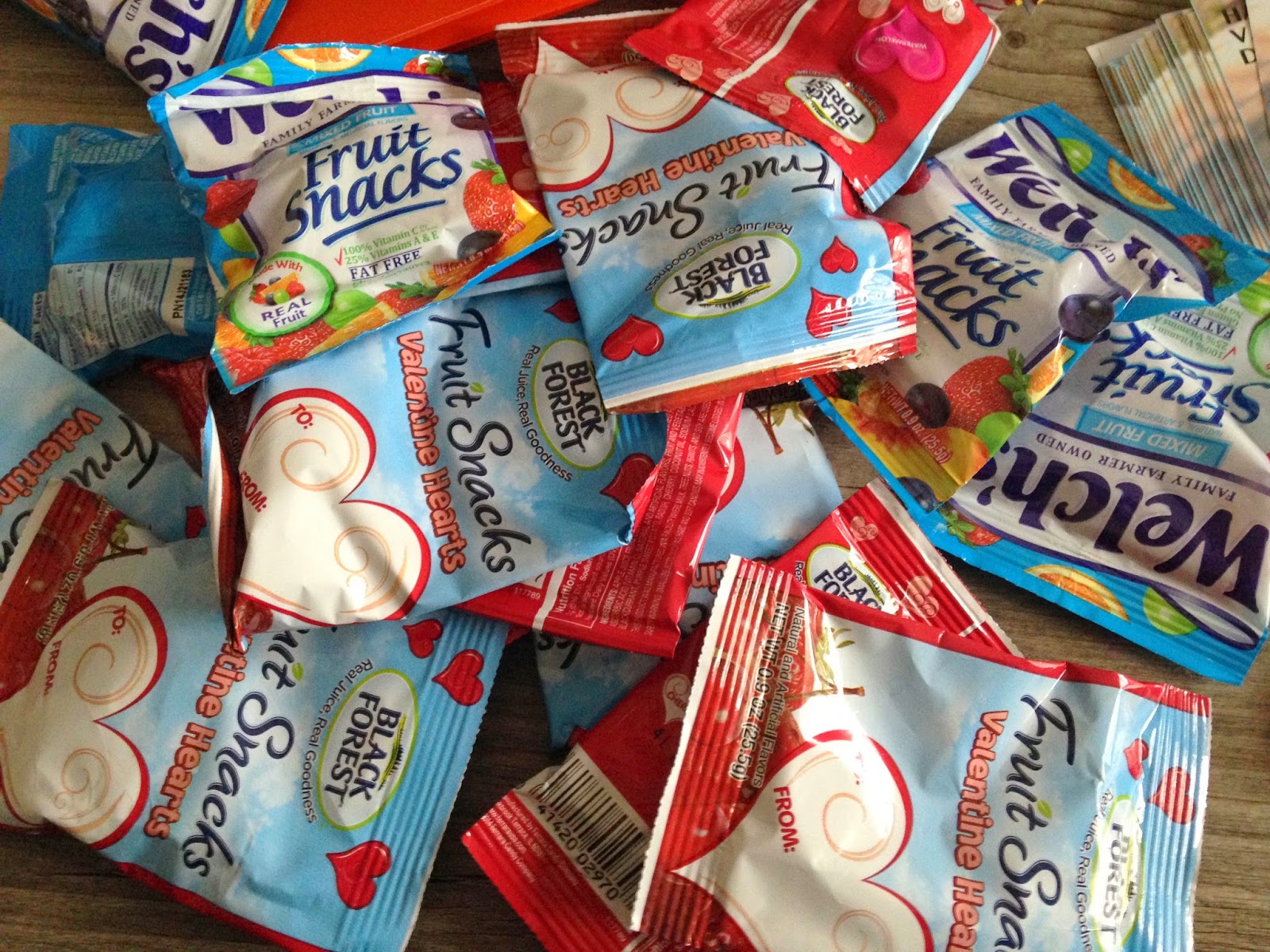 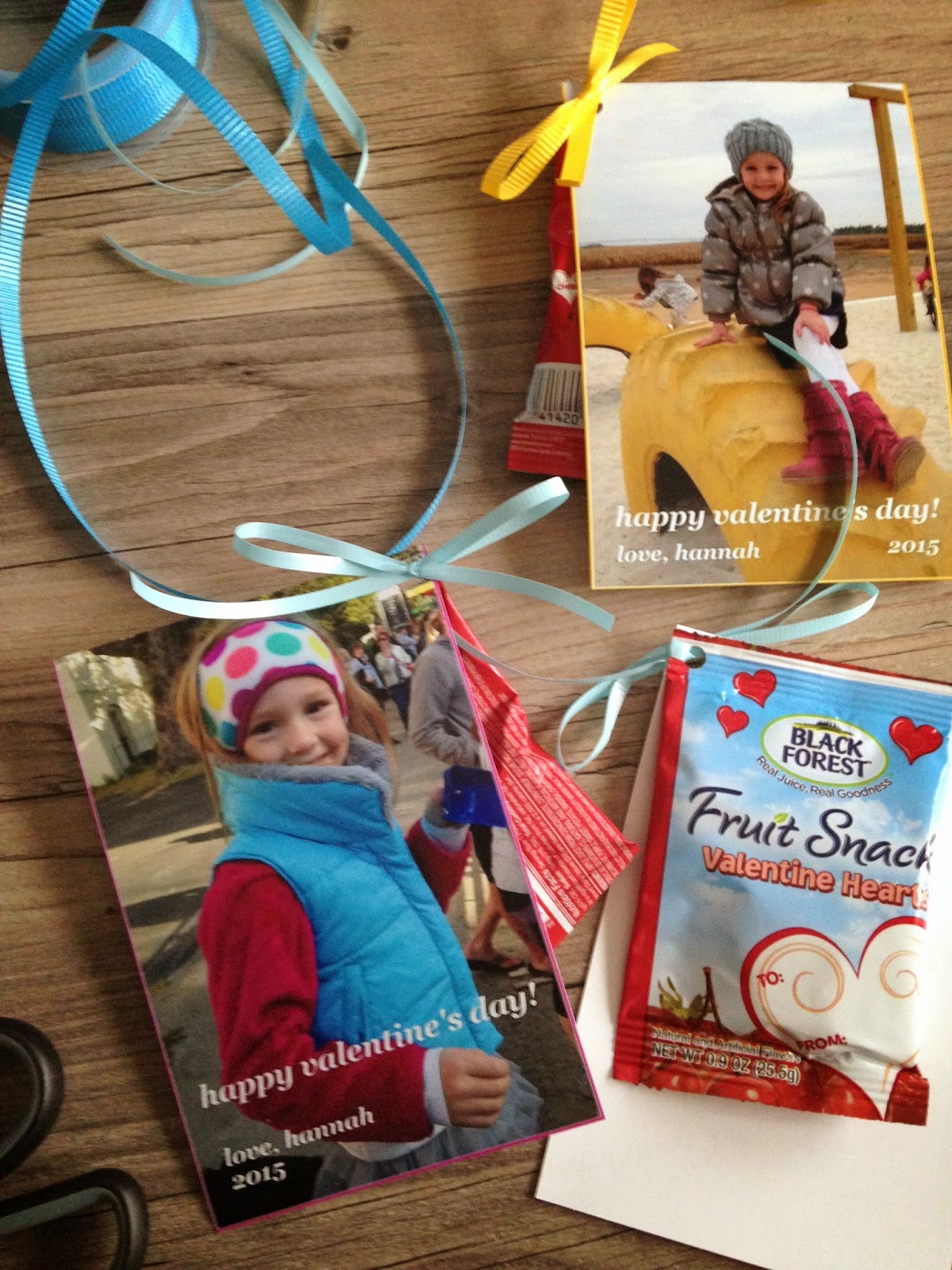 When I showed Hannah the two photos I picked out for her so she could choose…well, she couldn’t decide. So we went with both. 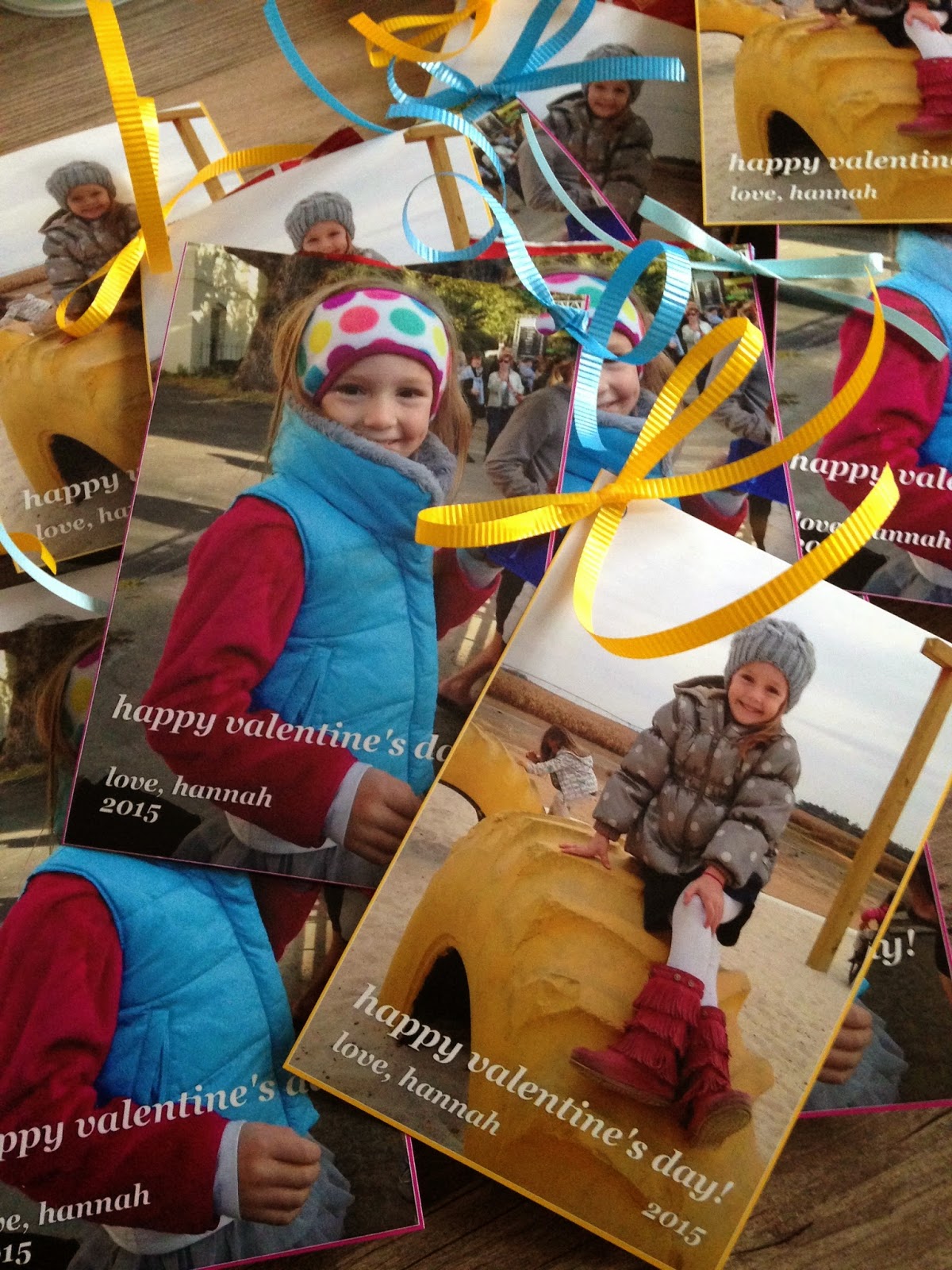 I took two pictures of Joseph playing in the backyard and one was perfect for this purpose. 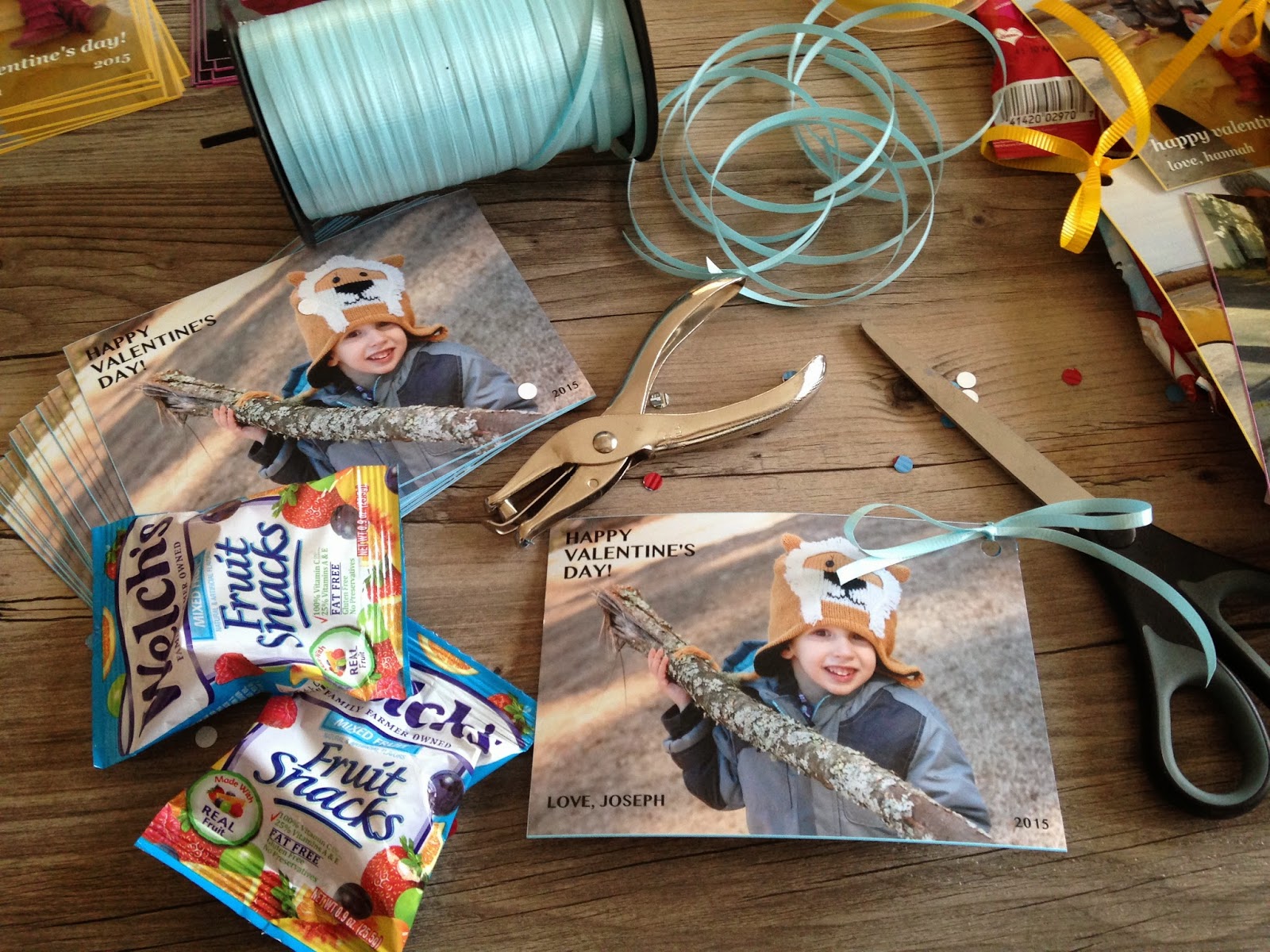 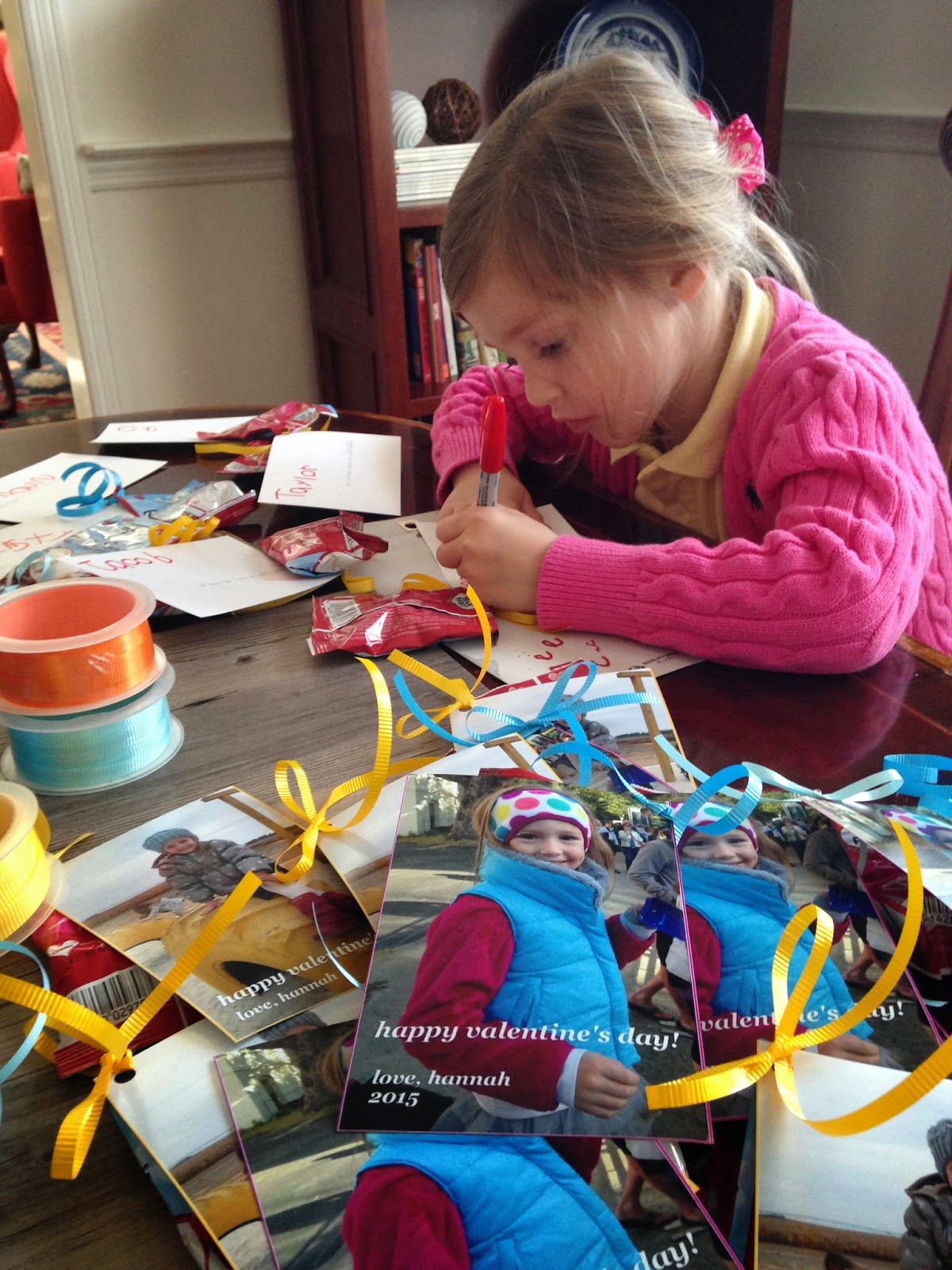 When Hannah got home from school, she wrote the names of her classmates on the back of each photo (and added a heart sticker). 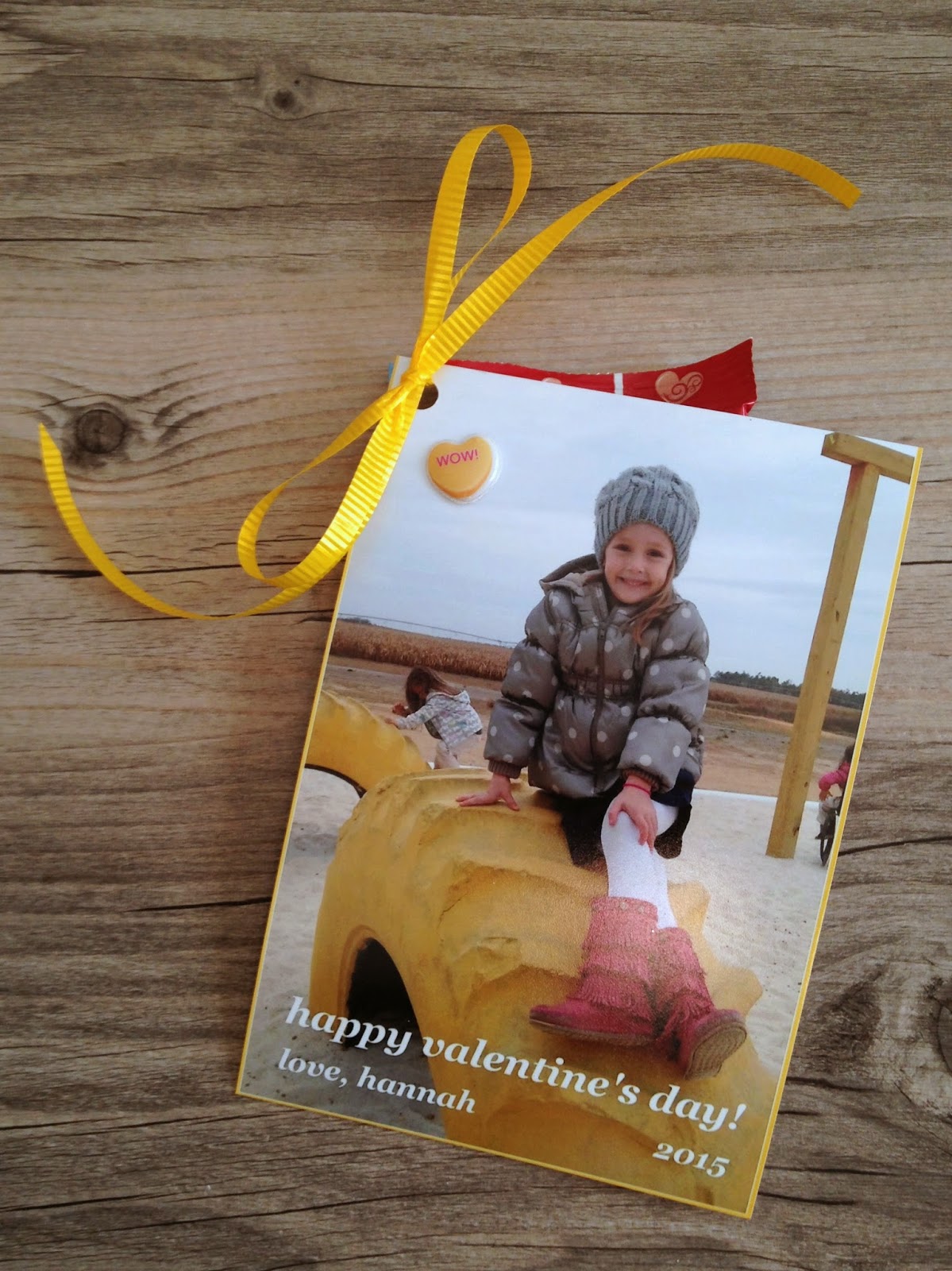 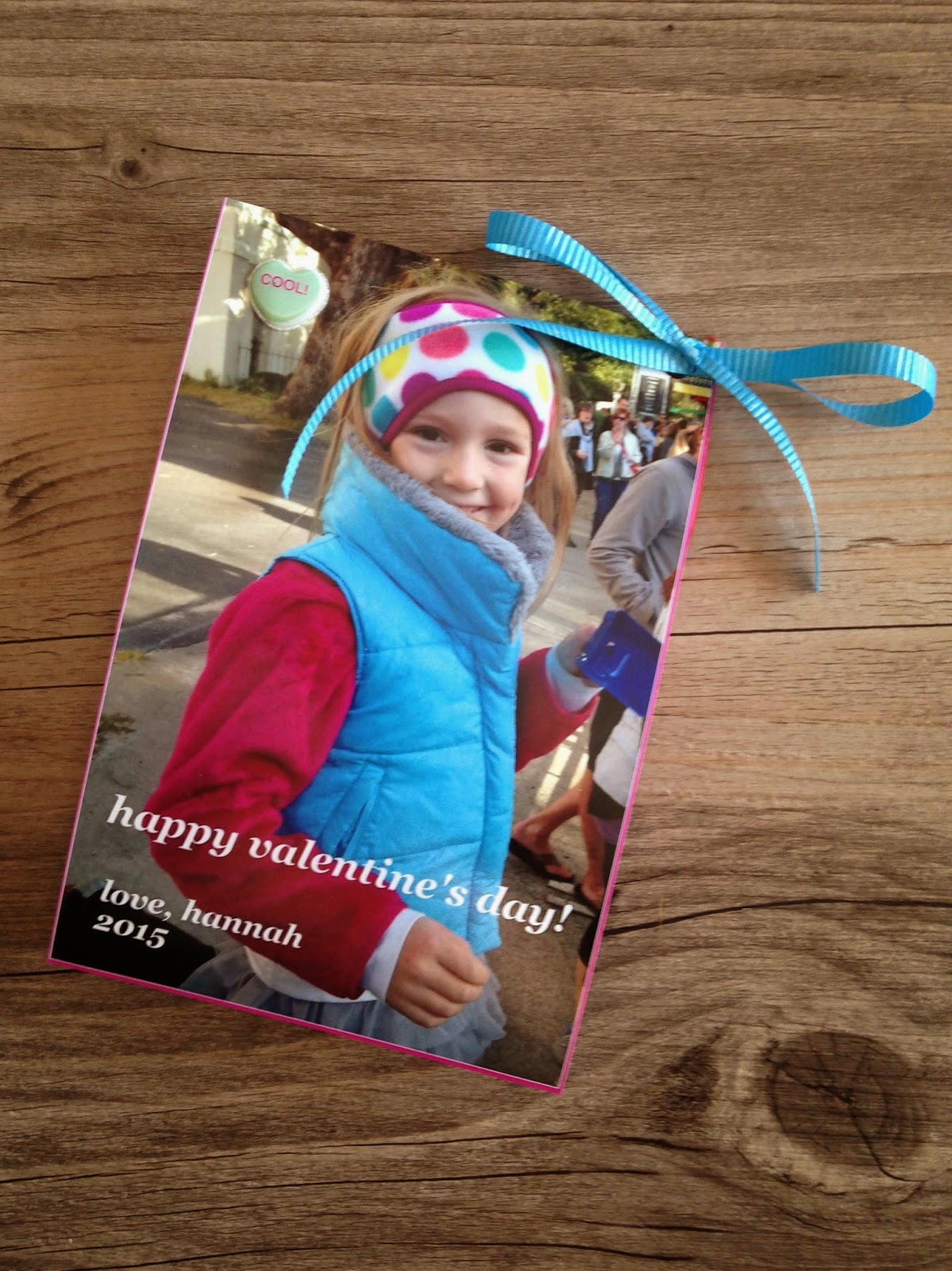 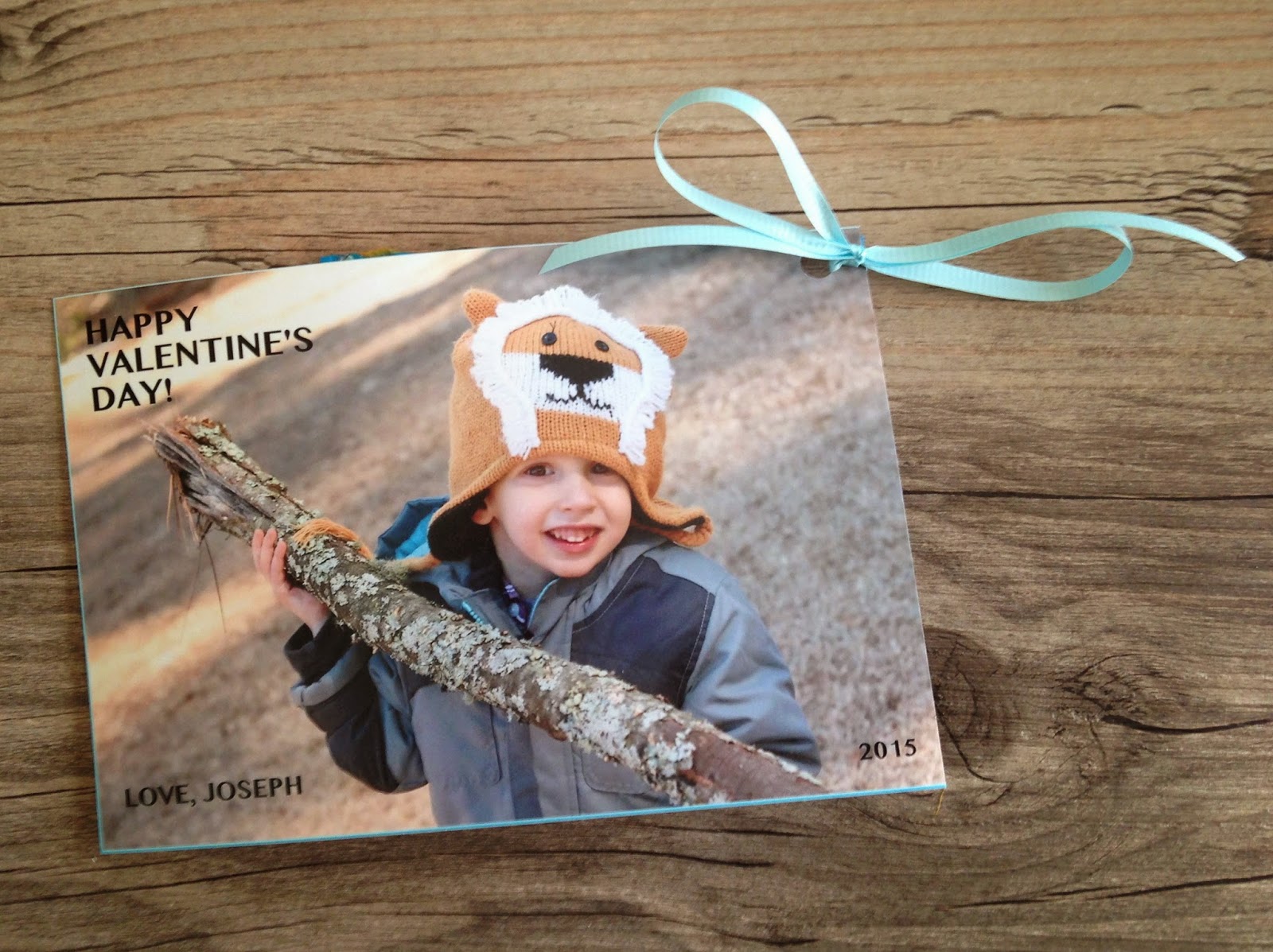 Thursday was a busy day. It was show-and-tell day for the letter of the week: X. I can think of two things that begin with X. It was either printing out a picture of an X-ray of Daddy’s leg or taking the xylophone from the playroom. We went with the latter. 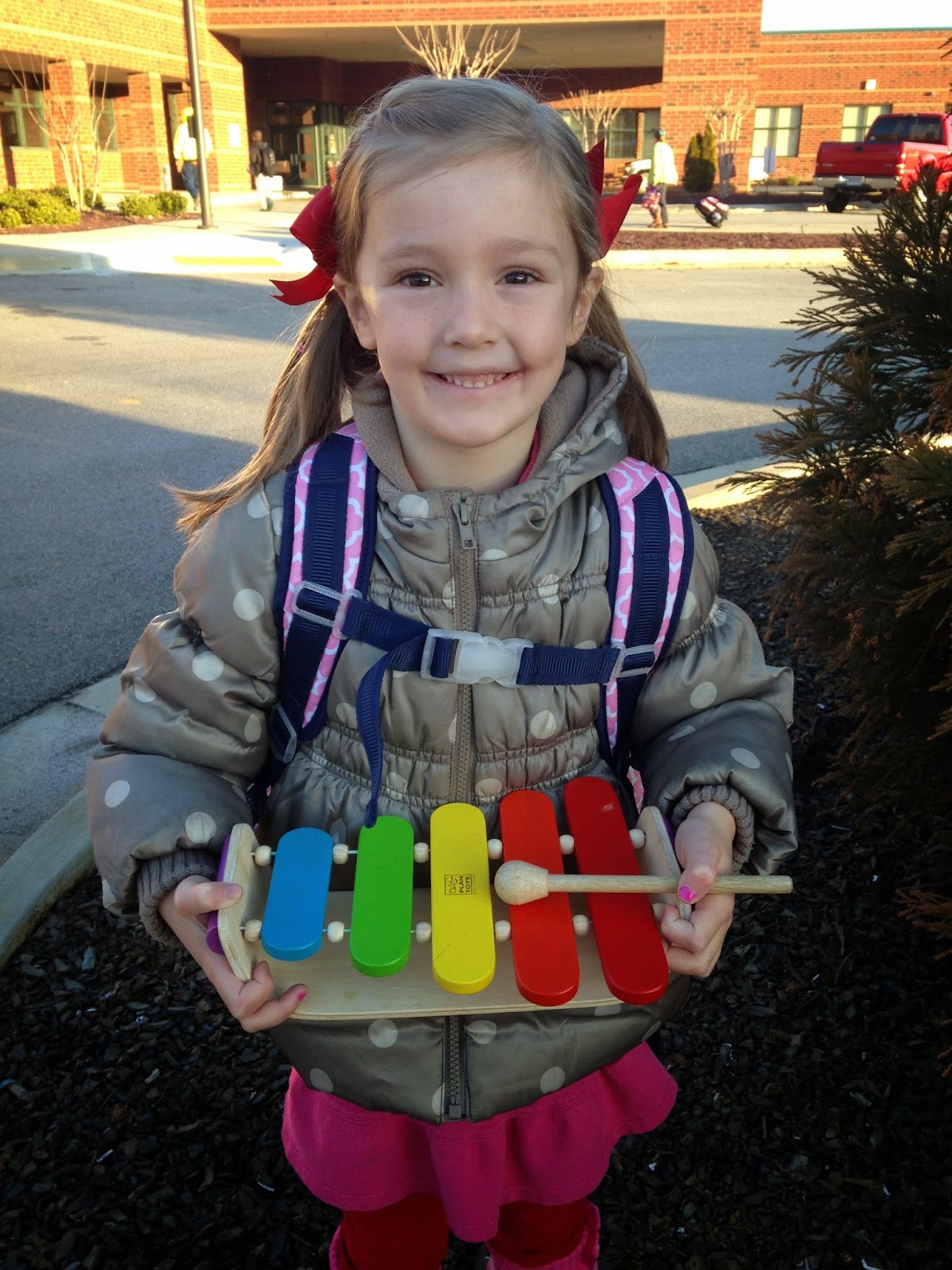 As previously mentioned, it was Valentine parties. I didn’t get a picture of Joseph at the preschool, but he went with us to the “big school” in the afternoon for Hannah’s party and I got a picture of both of them there: 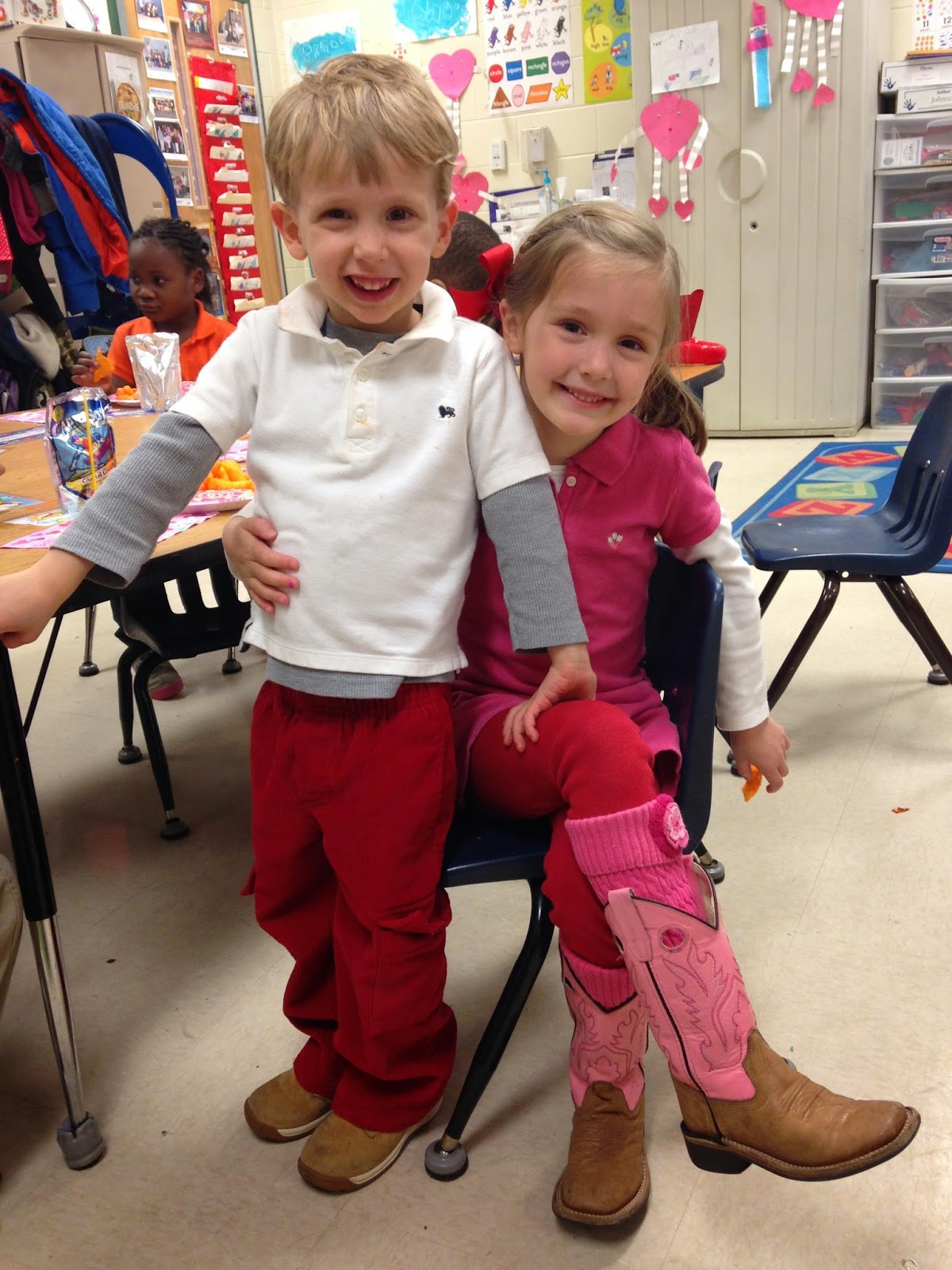 Thursday was also the start of soccer. Hannah was very excited… 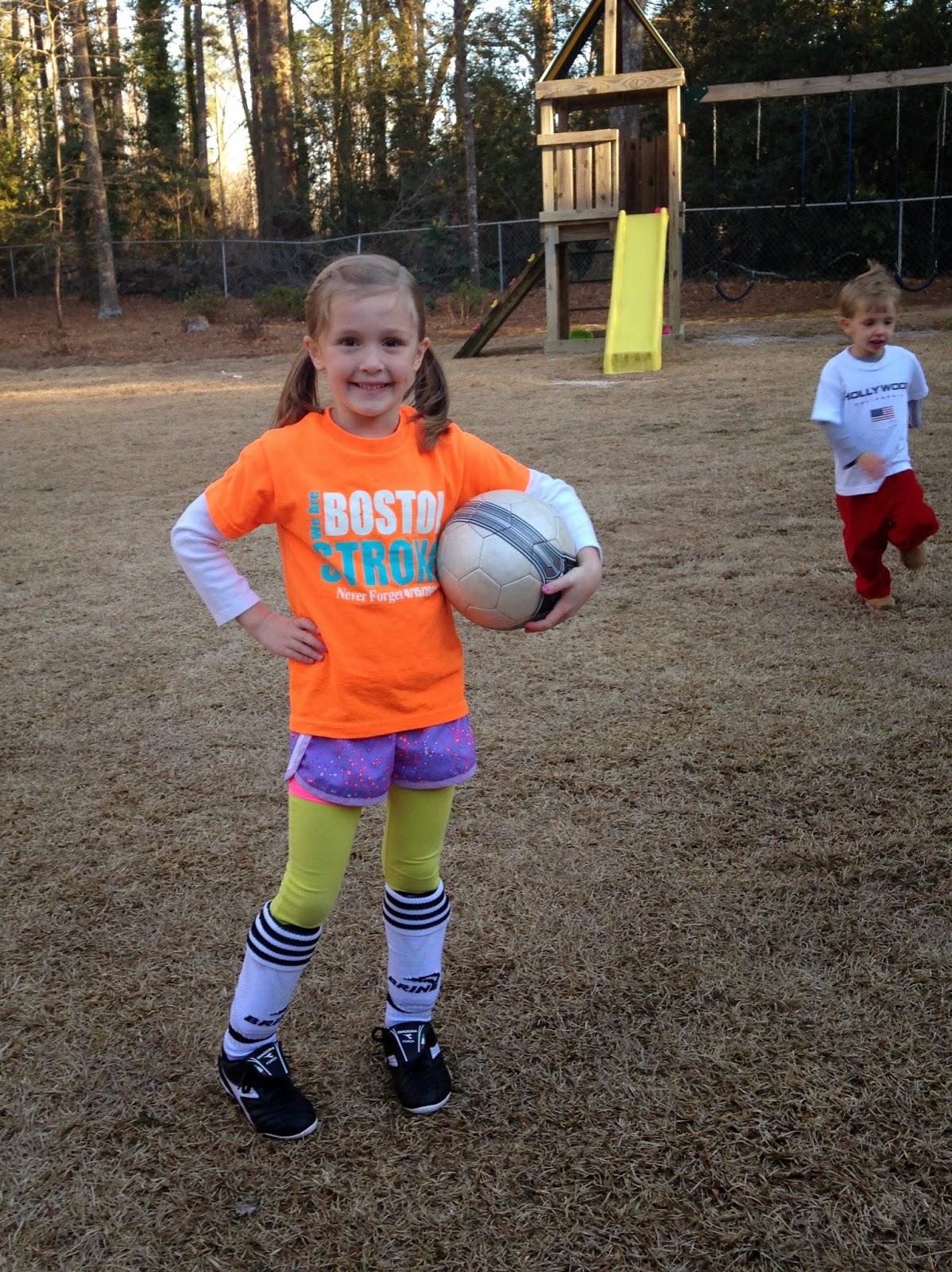 …and very disappointed when they didn’t get to practice because of the cold/wind and it just ended up being a parents meeting.

Better that way, too, because Monkey has been sick. She had an ear infection and was put on antibiotics a couple of weeks ago, but then Friday started complaining of pain in her other ear. Turns out there were infections in both ears and she is on her second round of antibiotics. She was in a lot of pain this weekend and I was thankful for a long weekend being lazy at home. 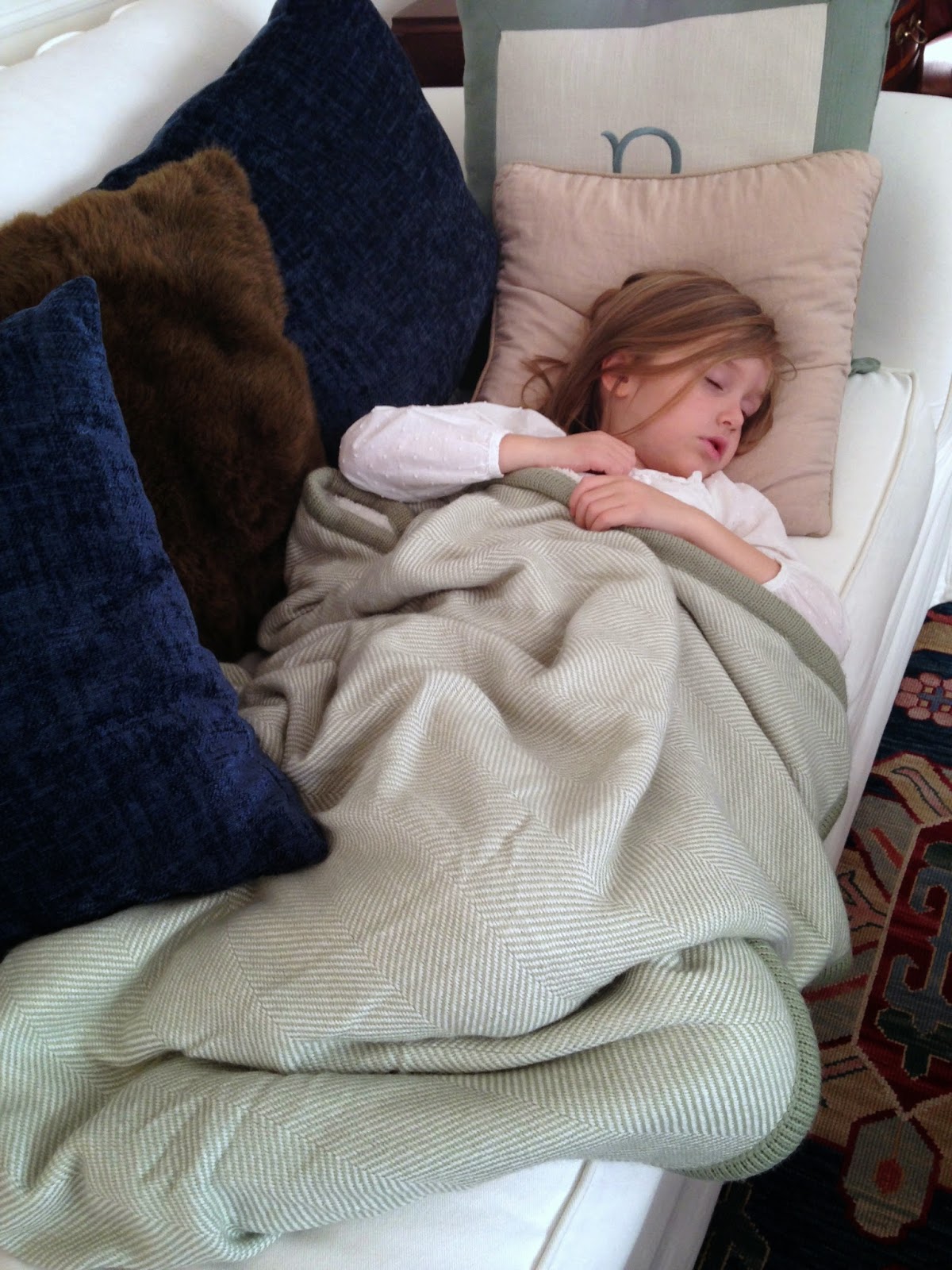 Joseph and I did get out on Saturday for a birthday party. This little friend lives on a farm and between the awesome sand box and getting up close and personal with the cows, Joseph had a big time. 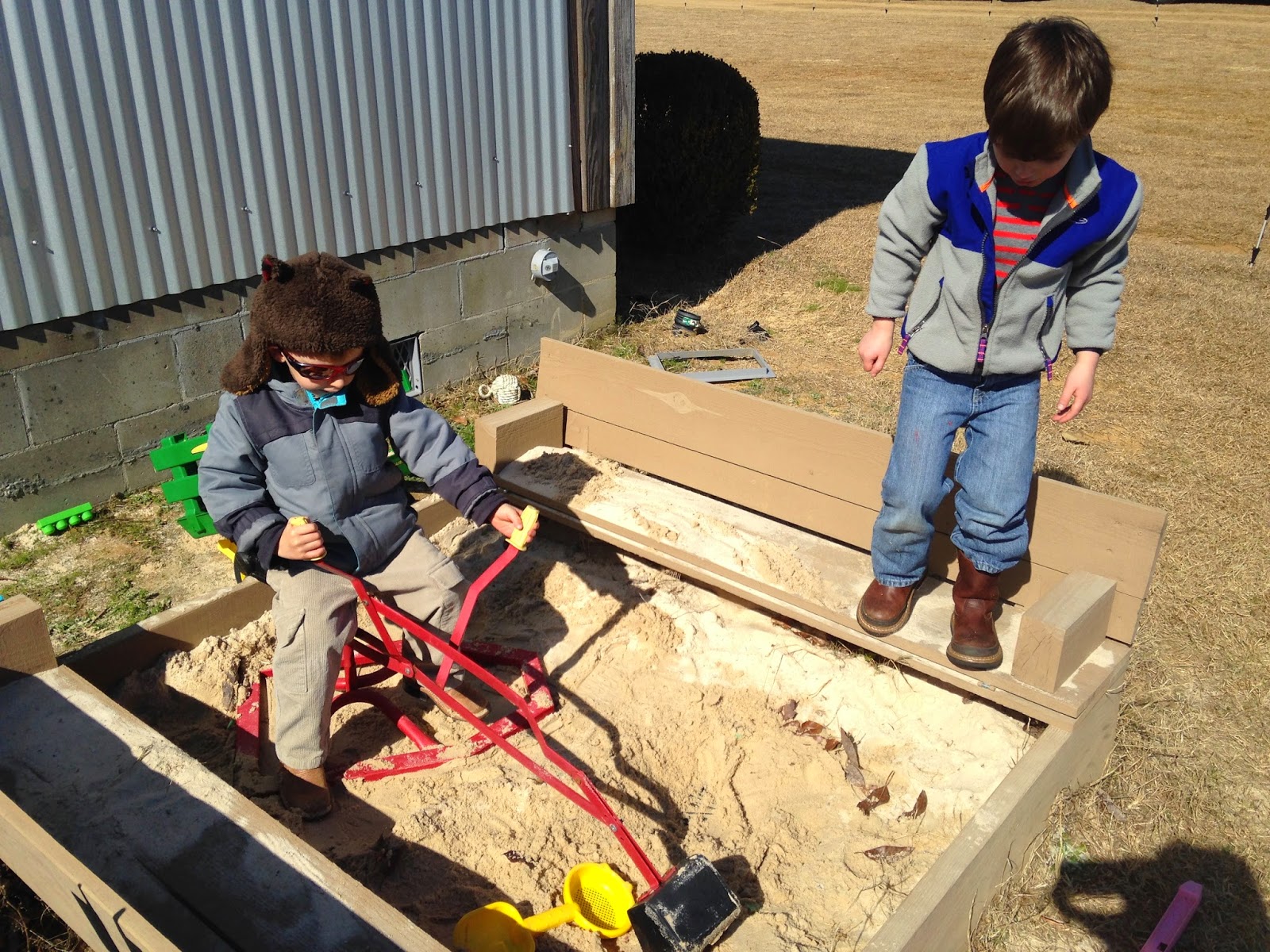 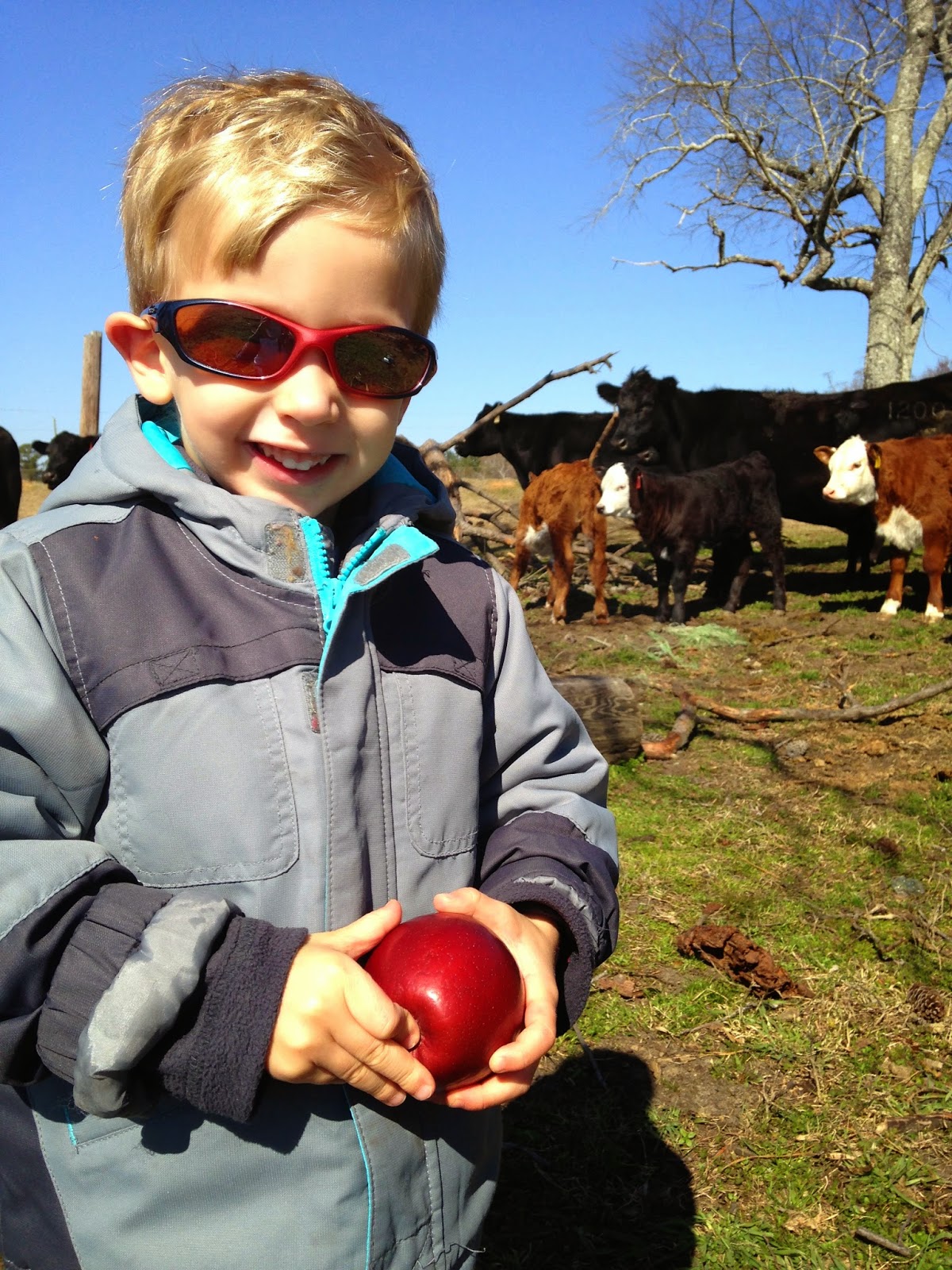 Joe and I had a lovely night out on Friday with friends of ours. We drove to Augusta for a delicious meal at Edgar’s Grille, a place we first went for our anniversary in October.

The rest of our “stay-home” days we watched movies, did some small house projects and ate Valentines candy: 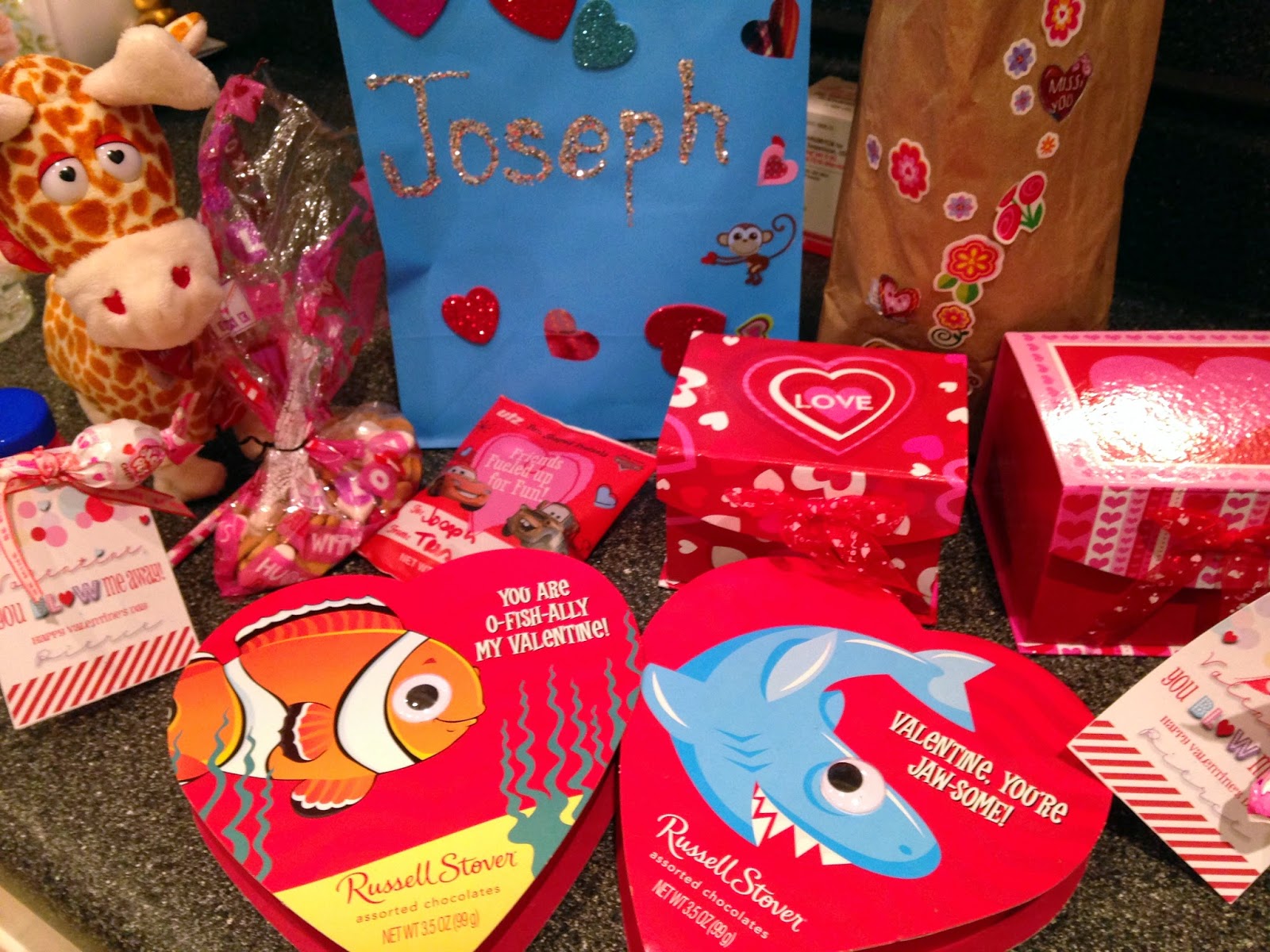 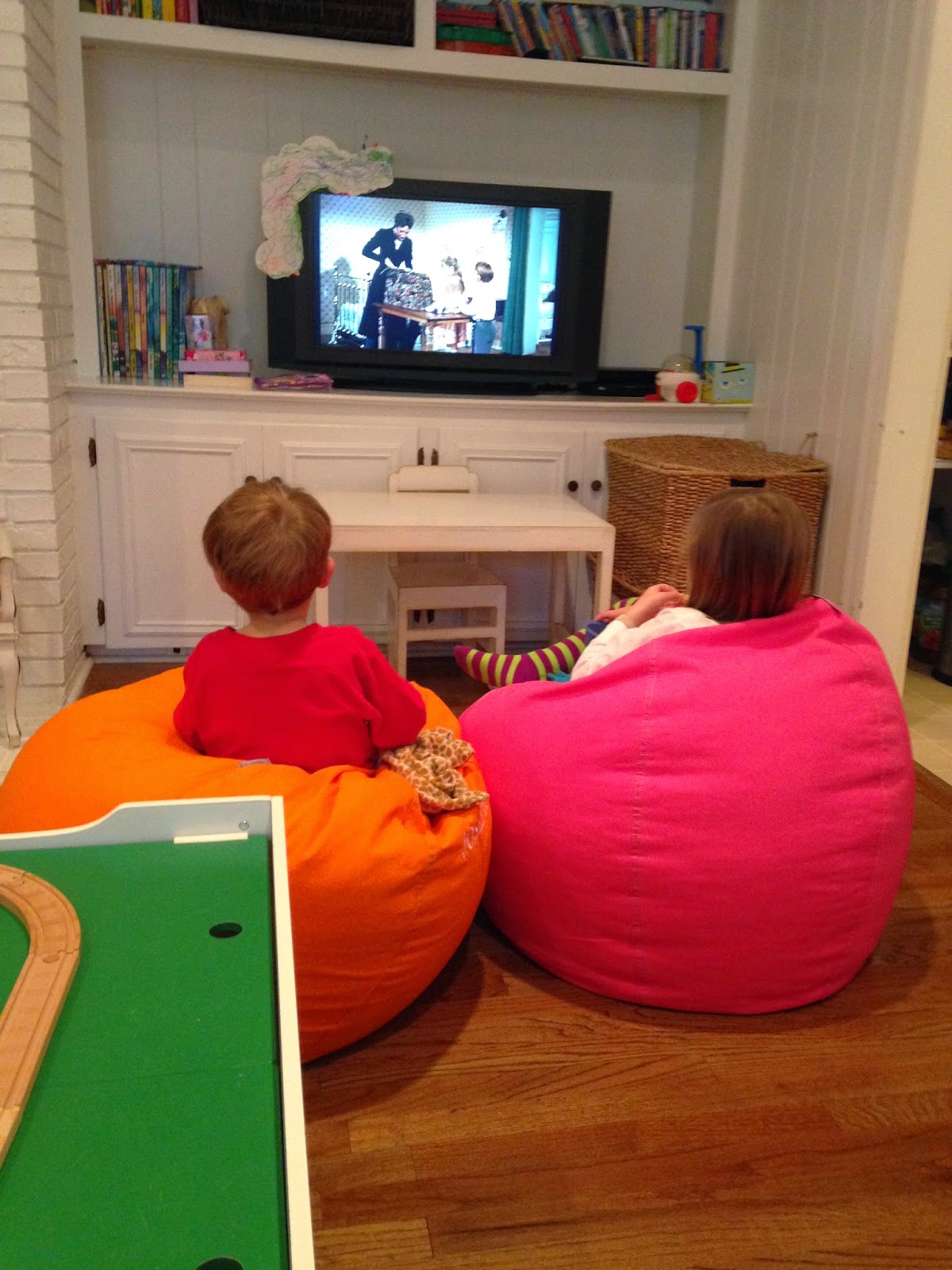 Happy (belated) Valentine’s Day to you!