Hannah went on a field trip last week to Sunny Day Farms in Louisville, GA. I wasn’t sure what the field trip entailed, or to where it was exactly, when I dropped Hannah off at school last Thursday. But after talking to her teacher and realizing many other parents were going along, I knew I had to change my morning plans. 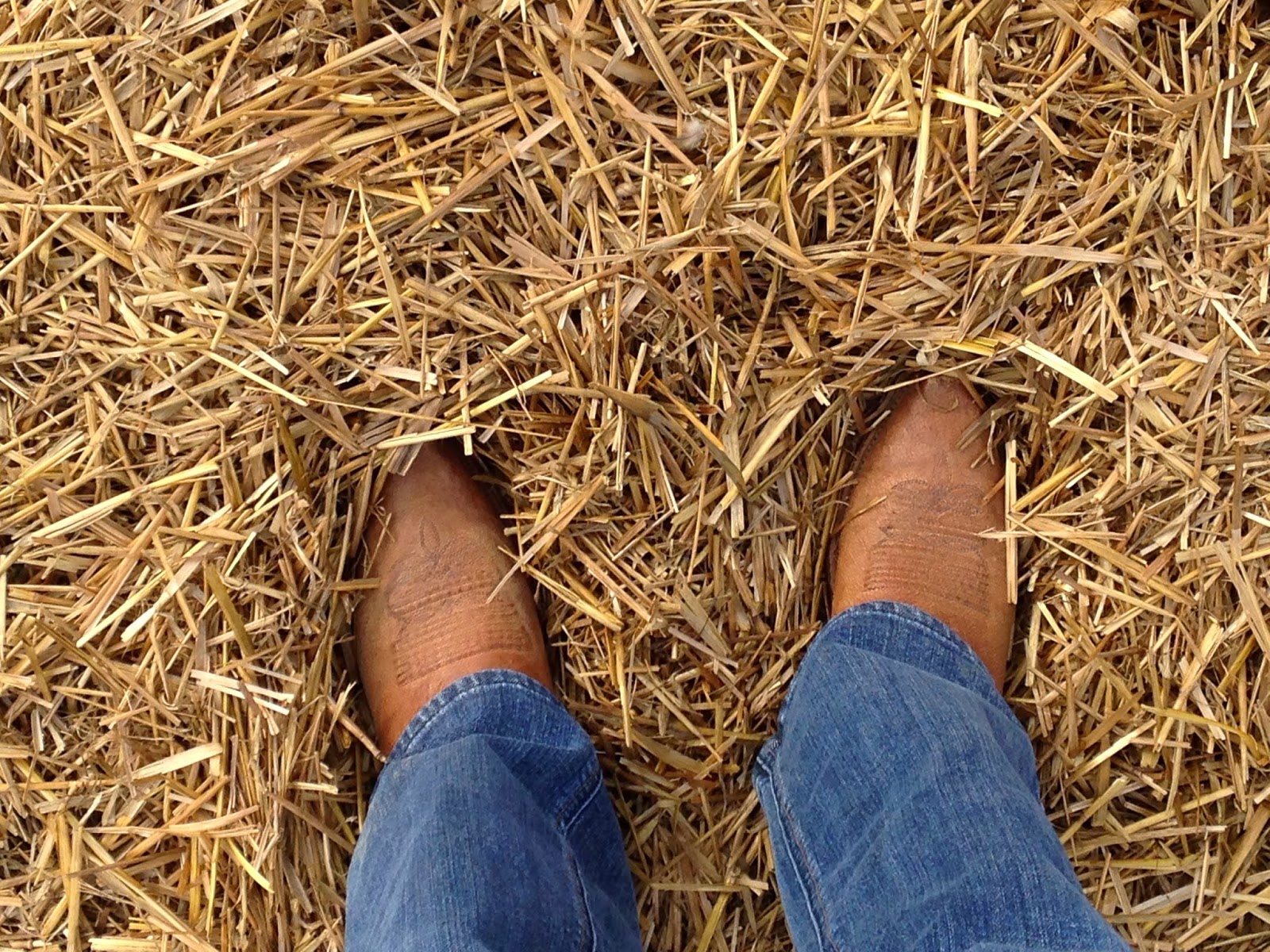 I put on jeans, boots and a warm coat and drove 45 minutes into the country to surprise my little brown-eyed Monkey girl. 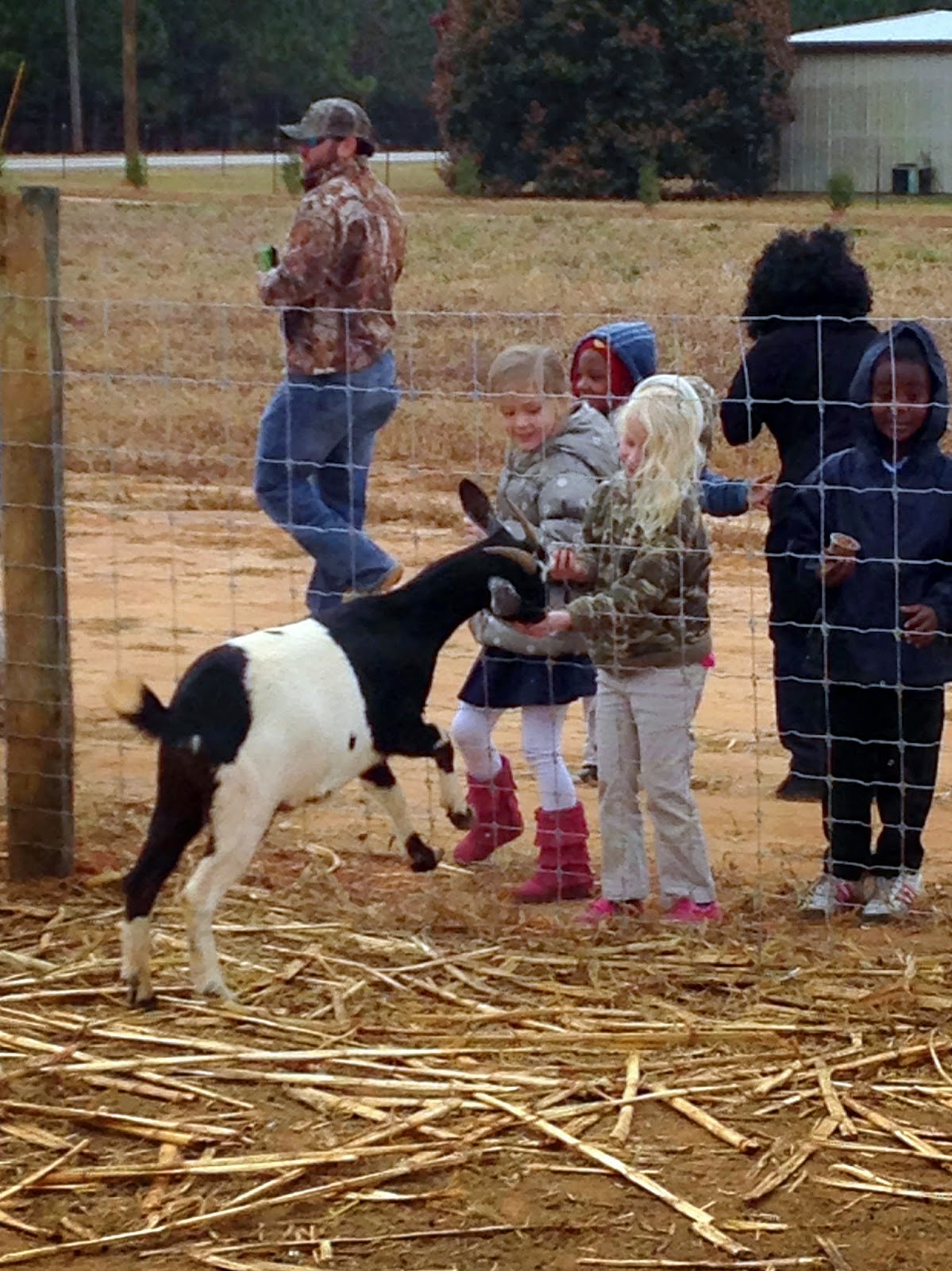 She was excited and we had a ball! First…feeding the goats. 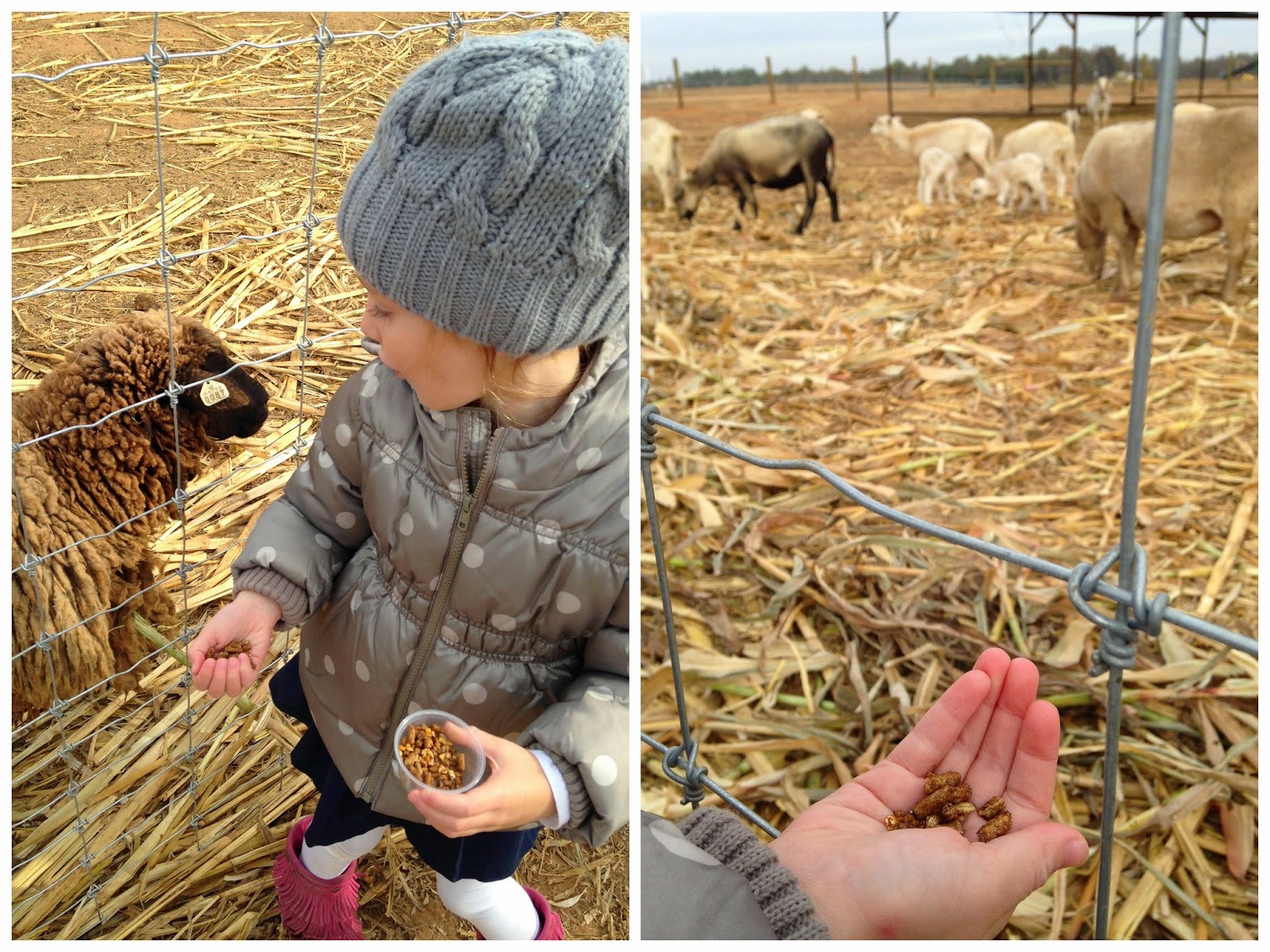 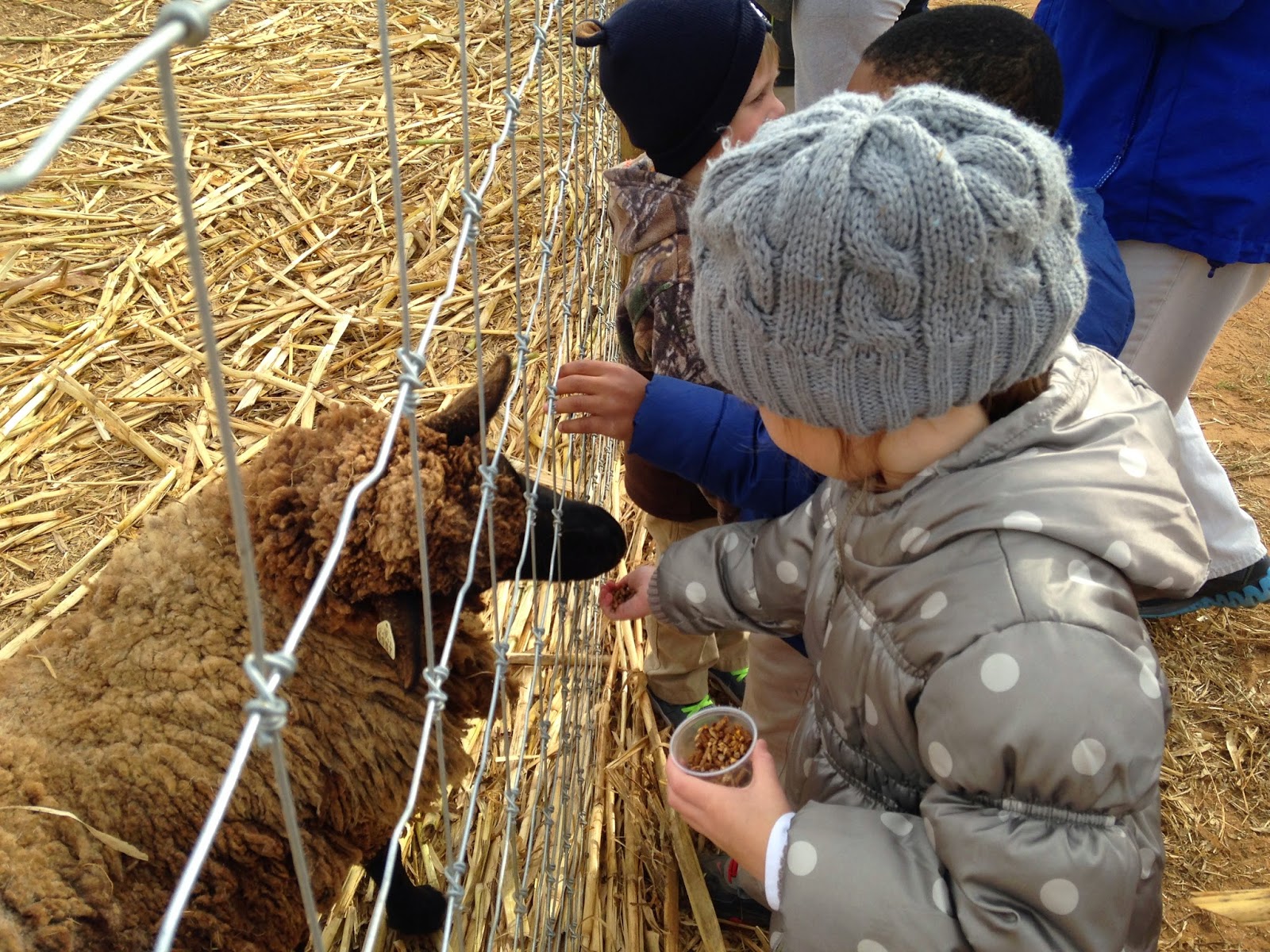 We sent Daddy a picture of his girls: 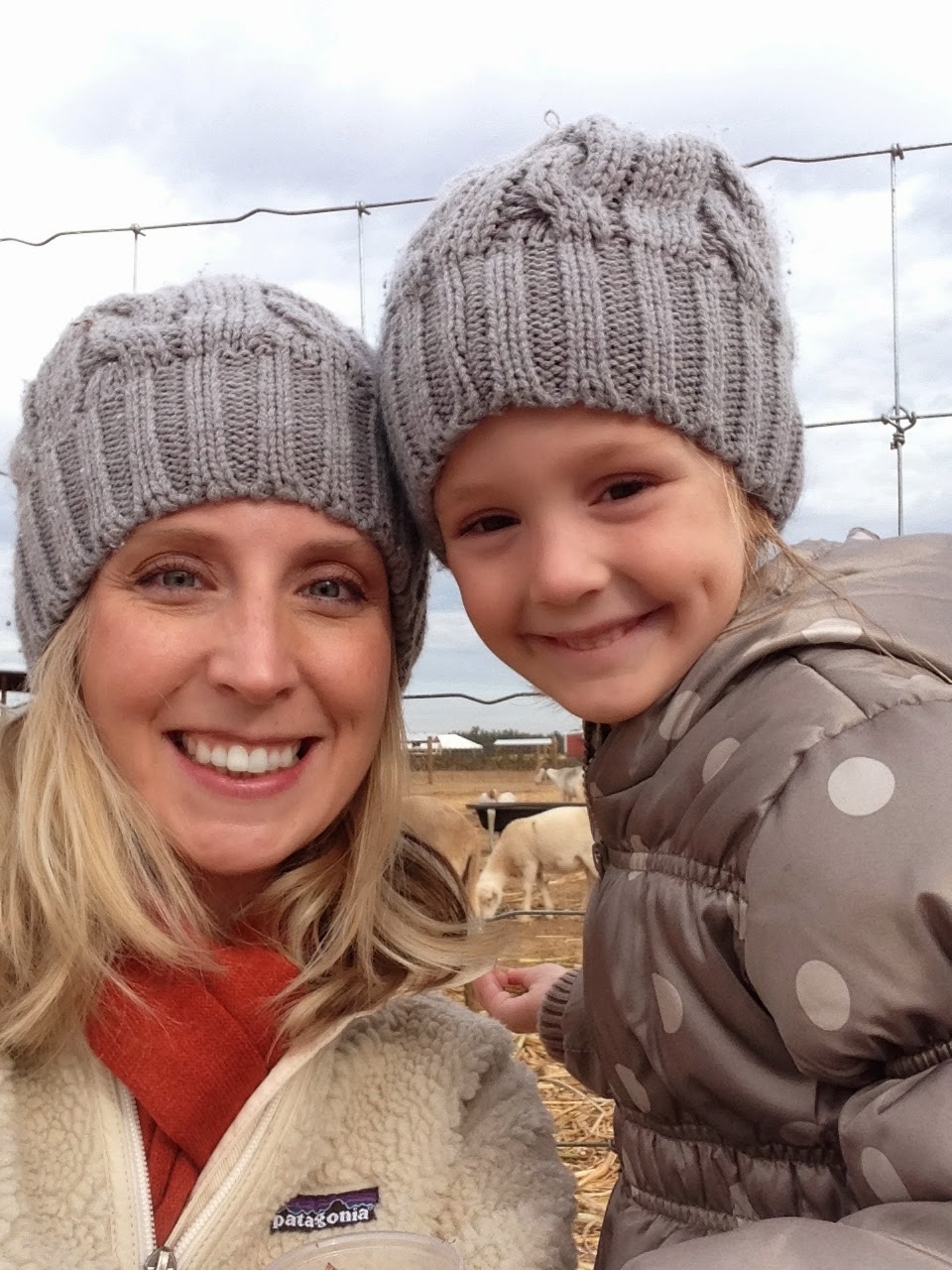 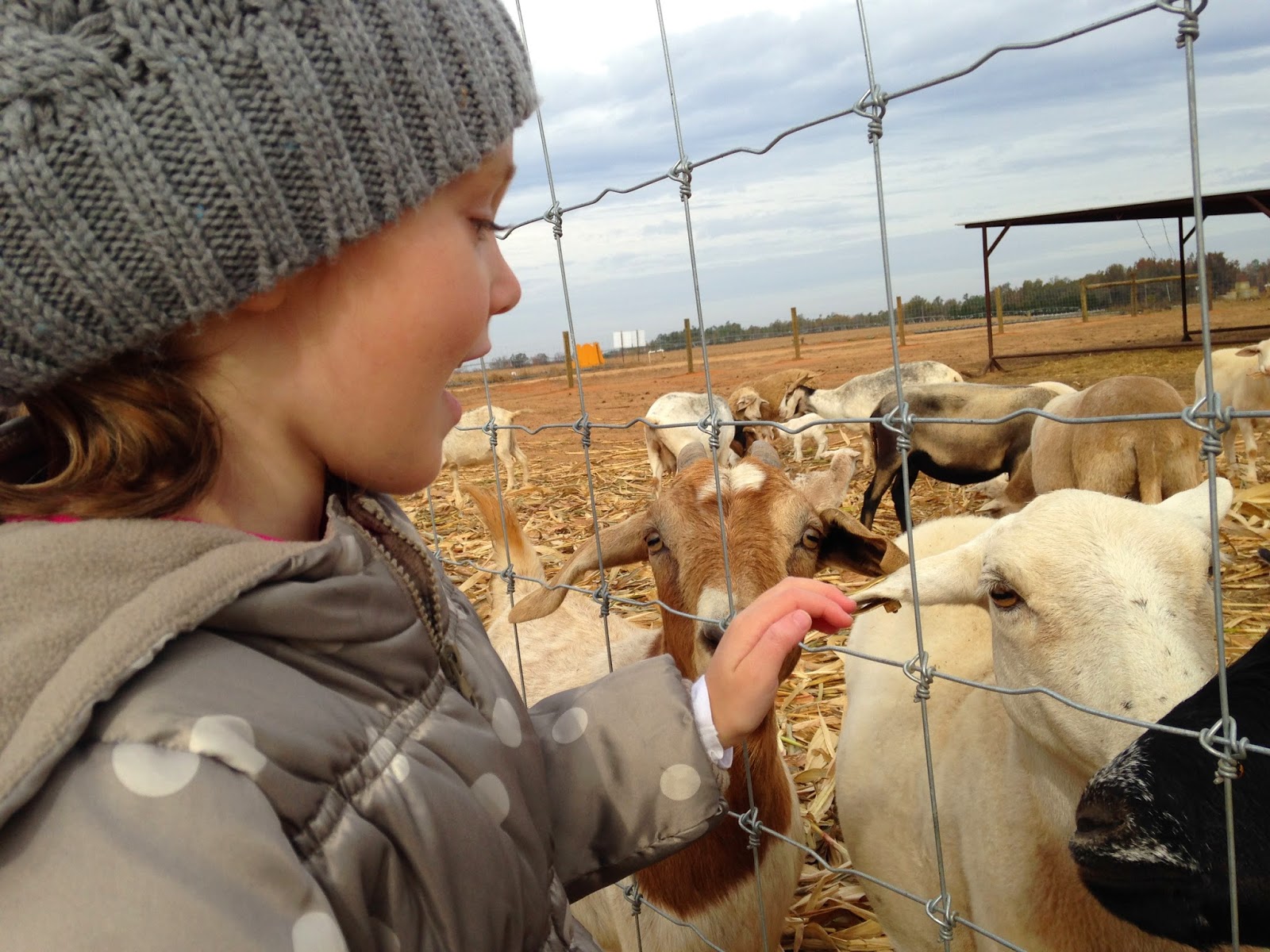 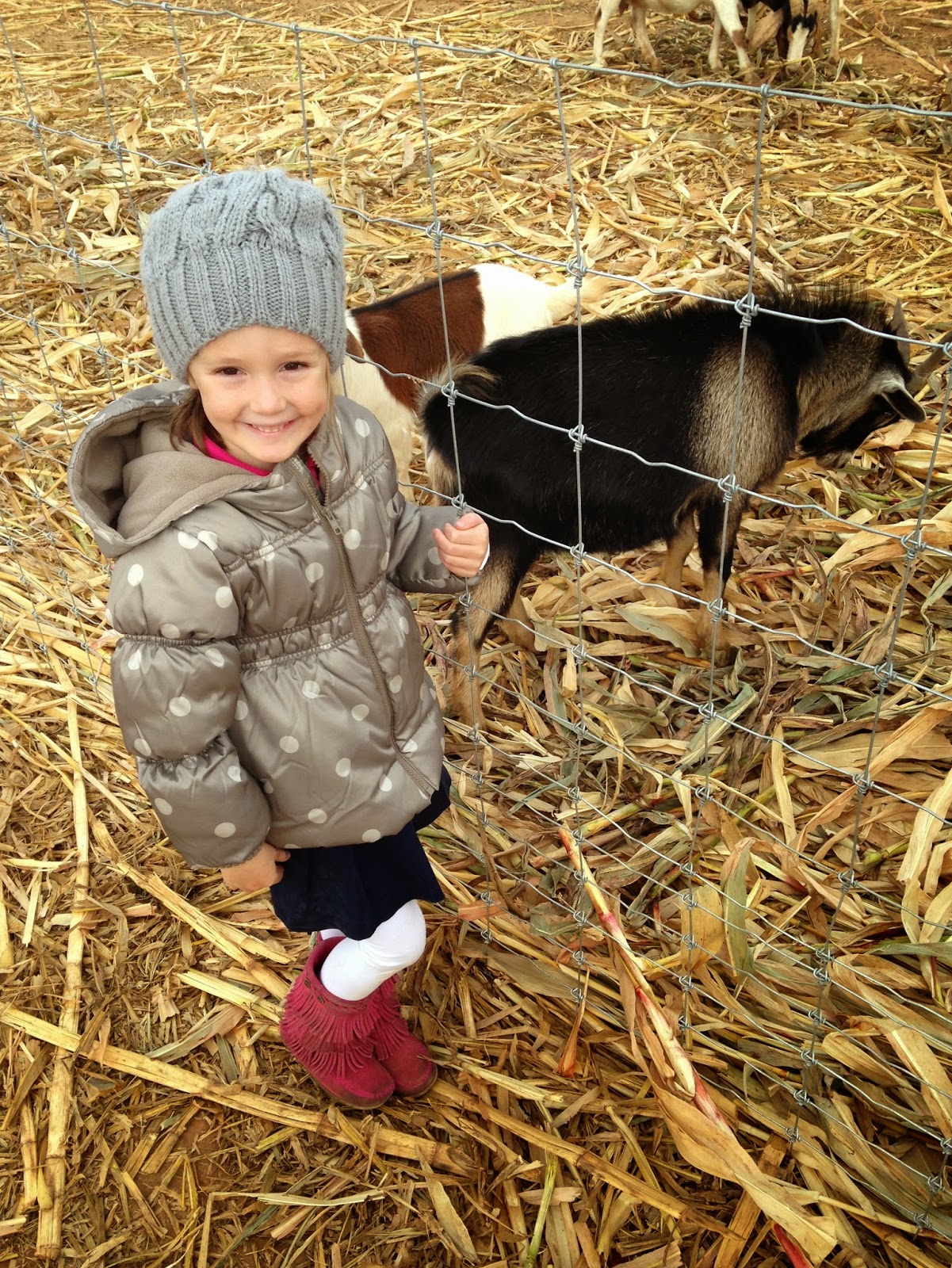 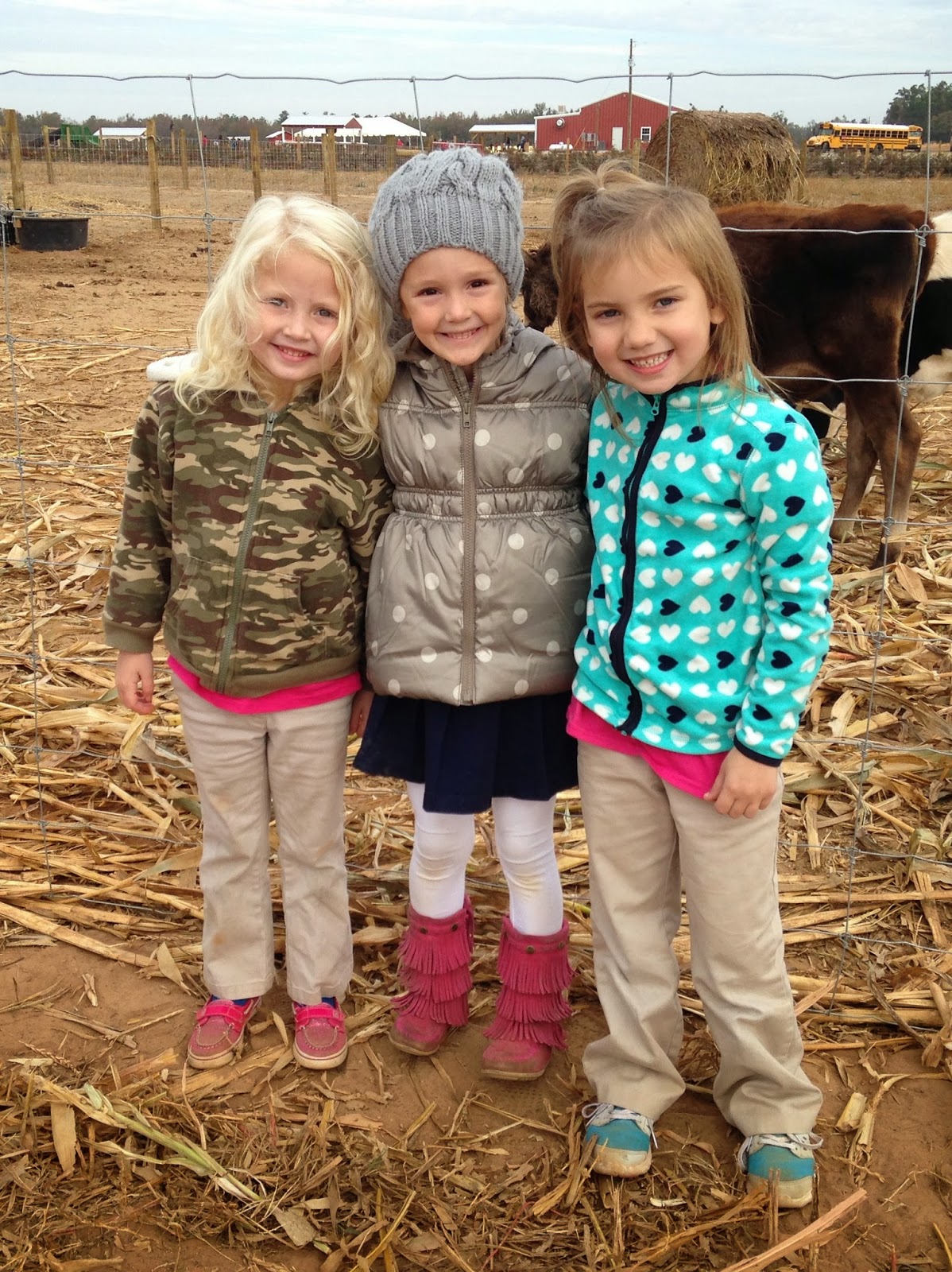 Then a lesson at the pumpkin patch before heading inside to learn about bees and taste fresh honey! 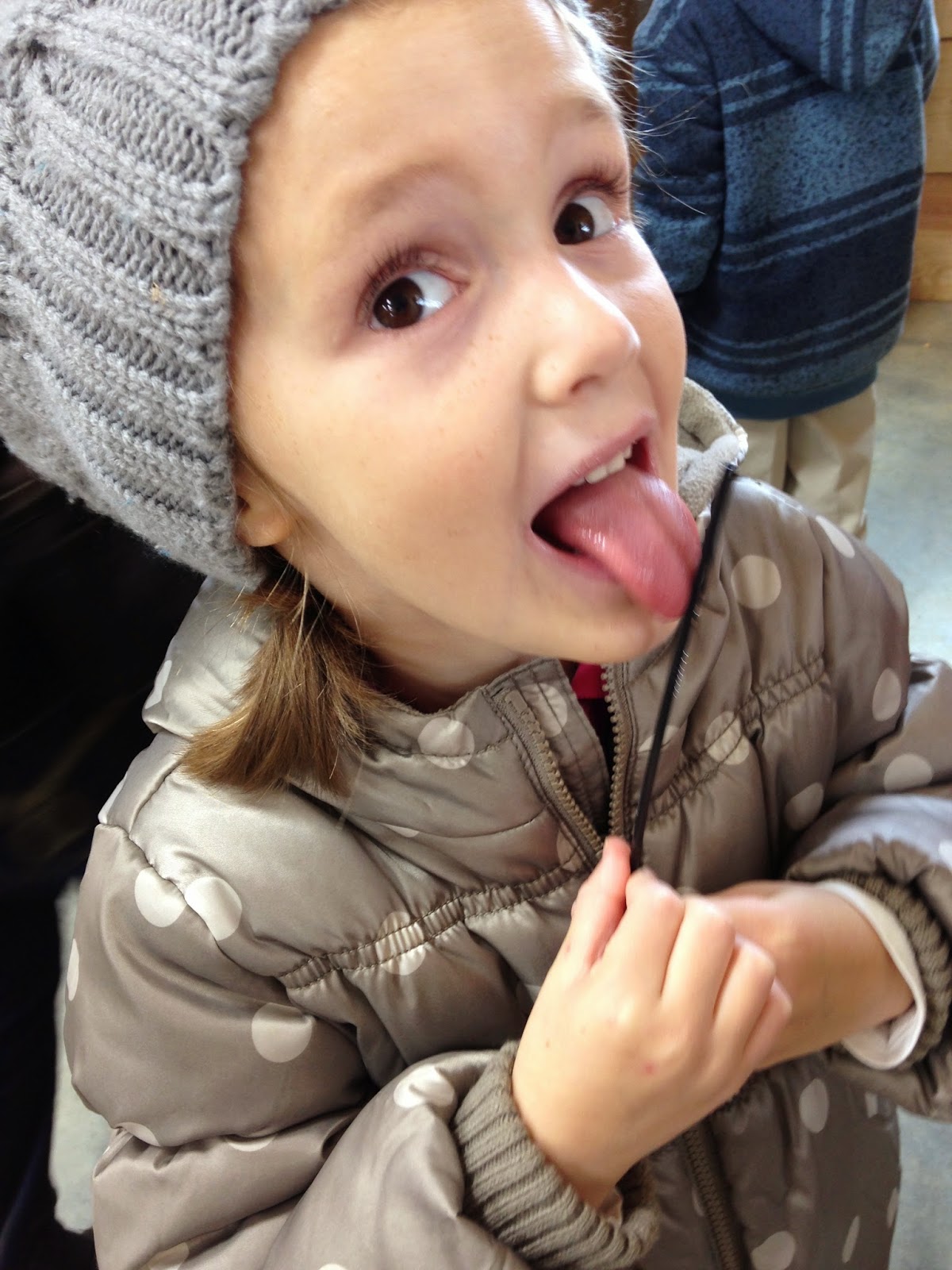 I watched as she hunted for treasure in the corn box. 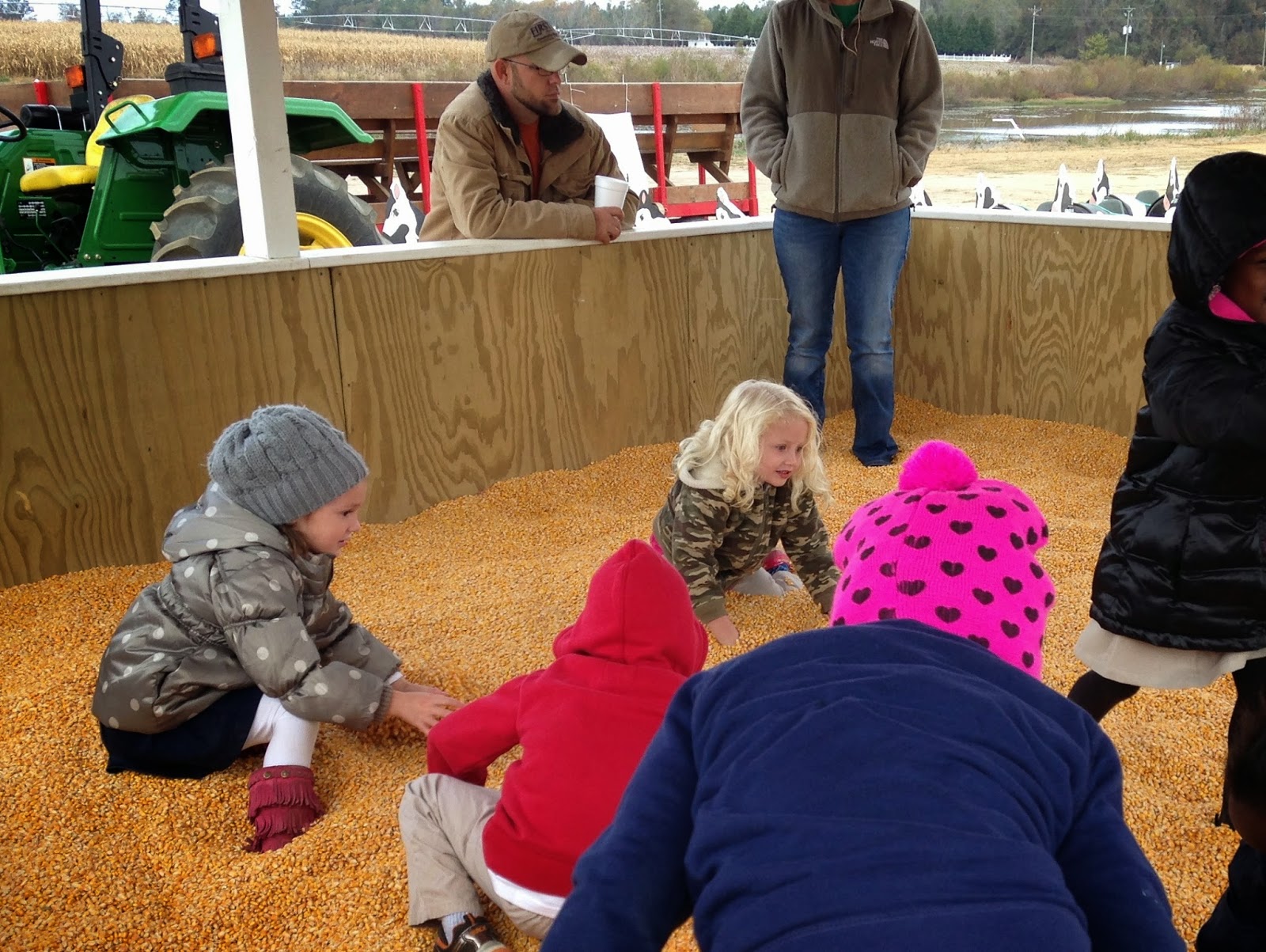 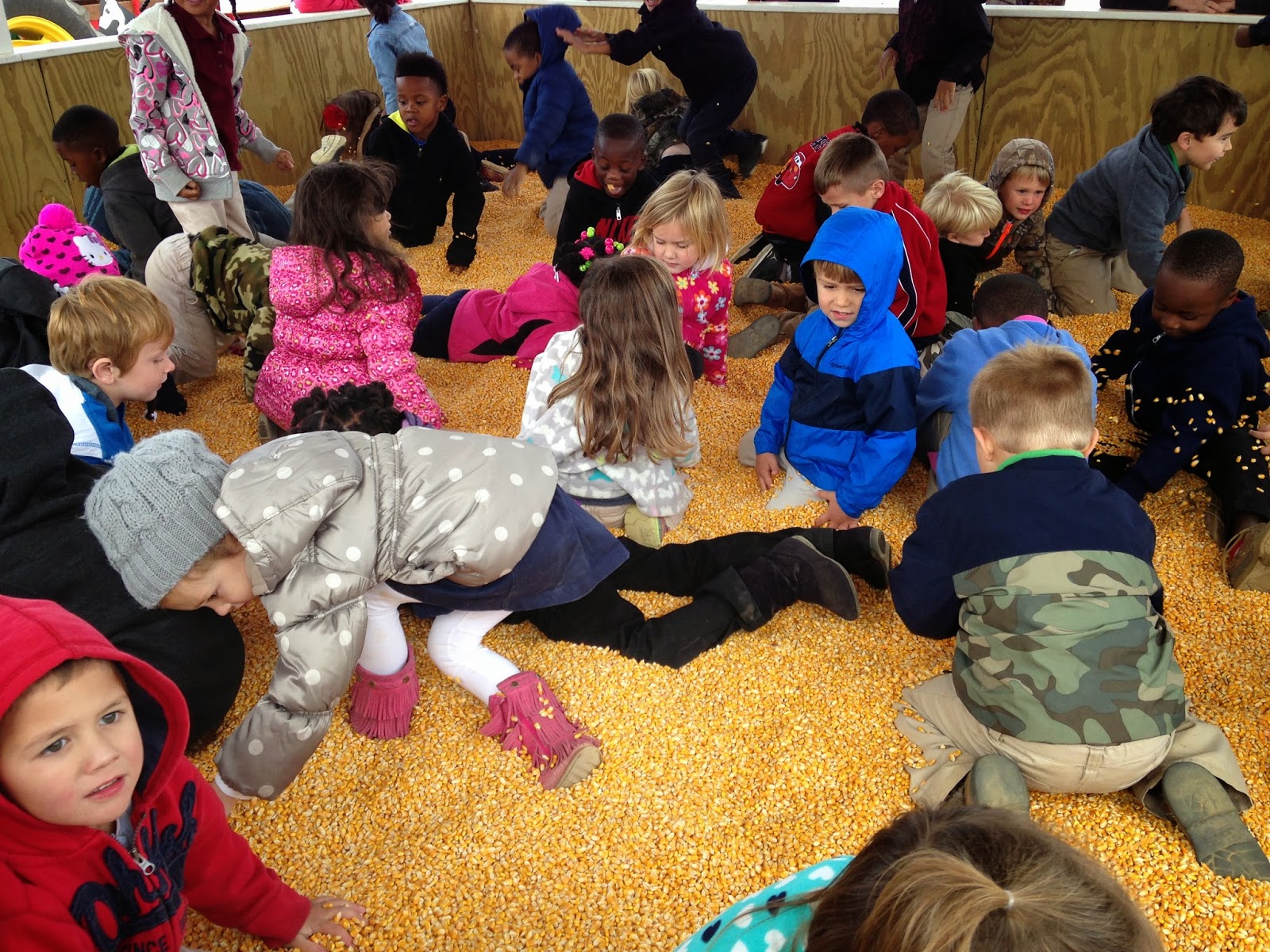 Which got a little interesting when the whole class ended up inside at the end… Hannah became way more concerned about the kernels in her boots than in finding hidden treasure. 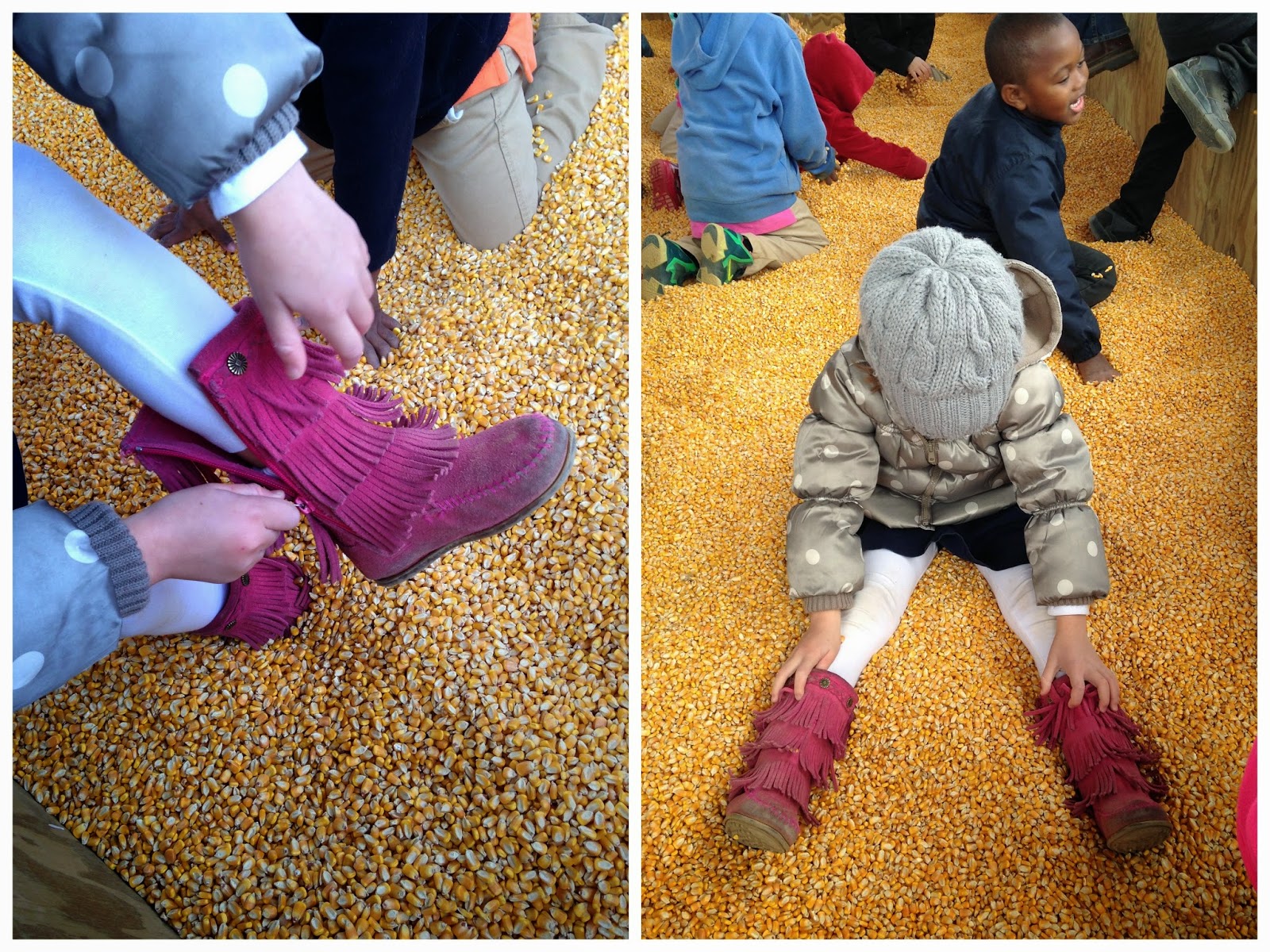 After a group picture on the tower of hay bales, they were given permission to climb and play (barring no objection from mom or dad). The kids loved it. 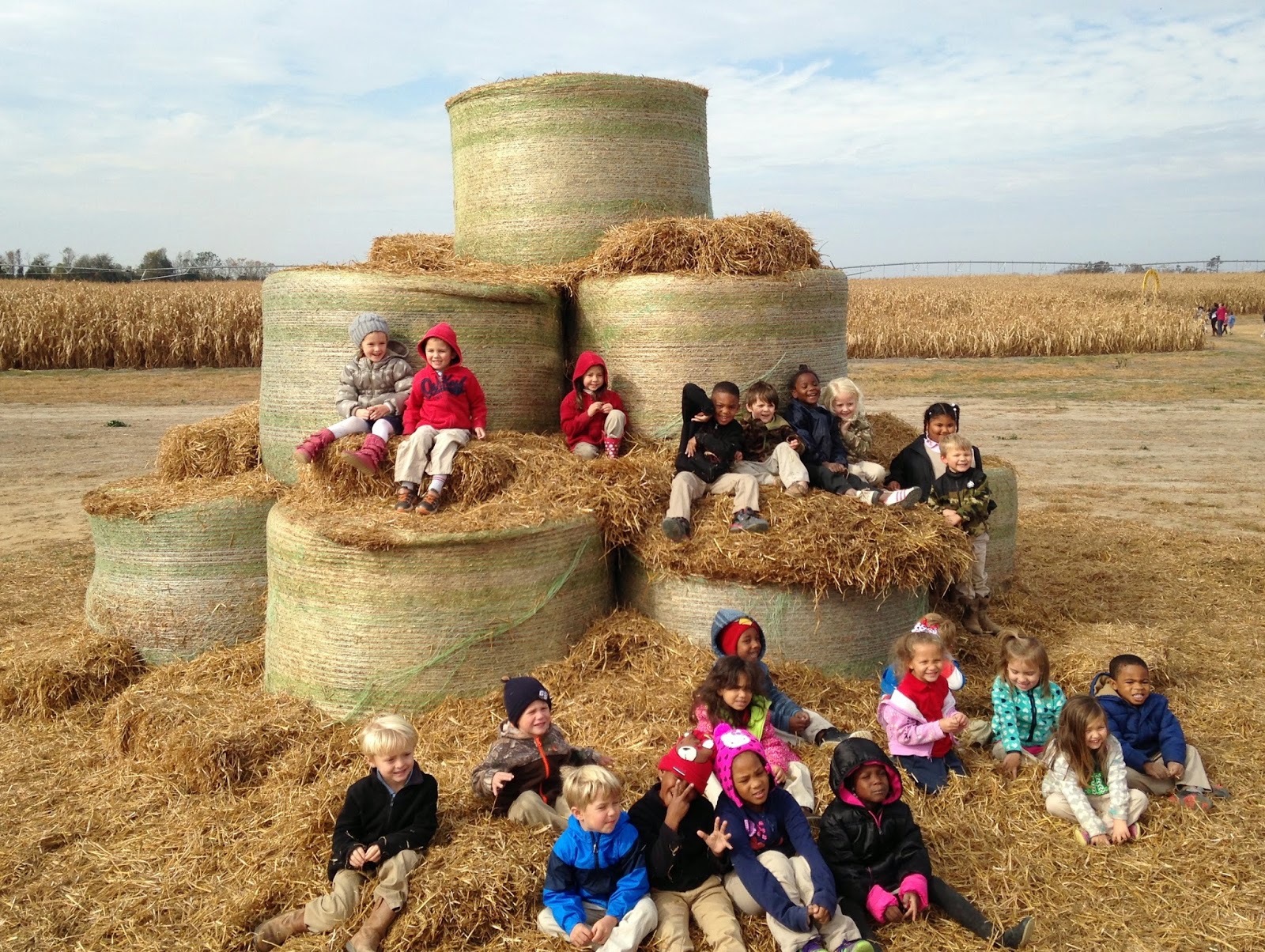 No surprise that my fearless five-year-old was at the top first…and, again, no surprise when she was quick to help her classmates up. 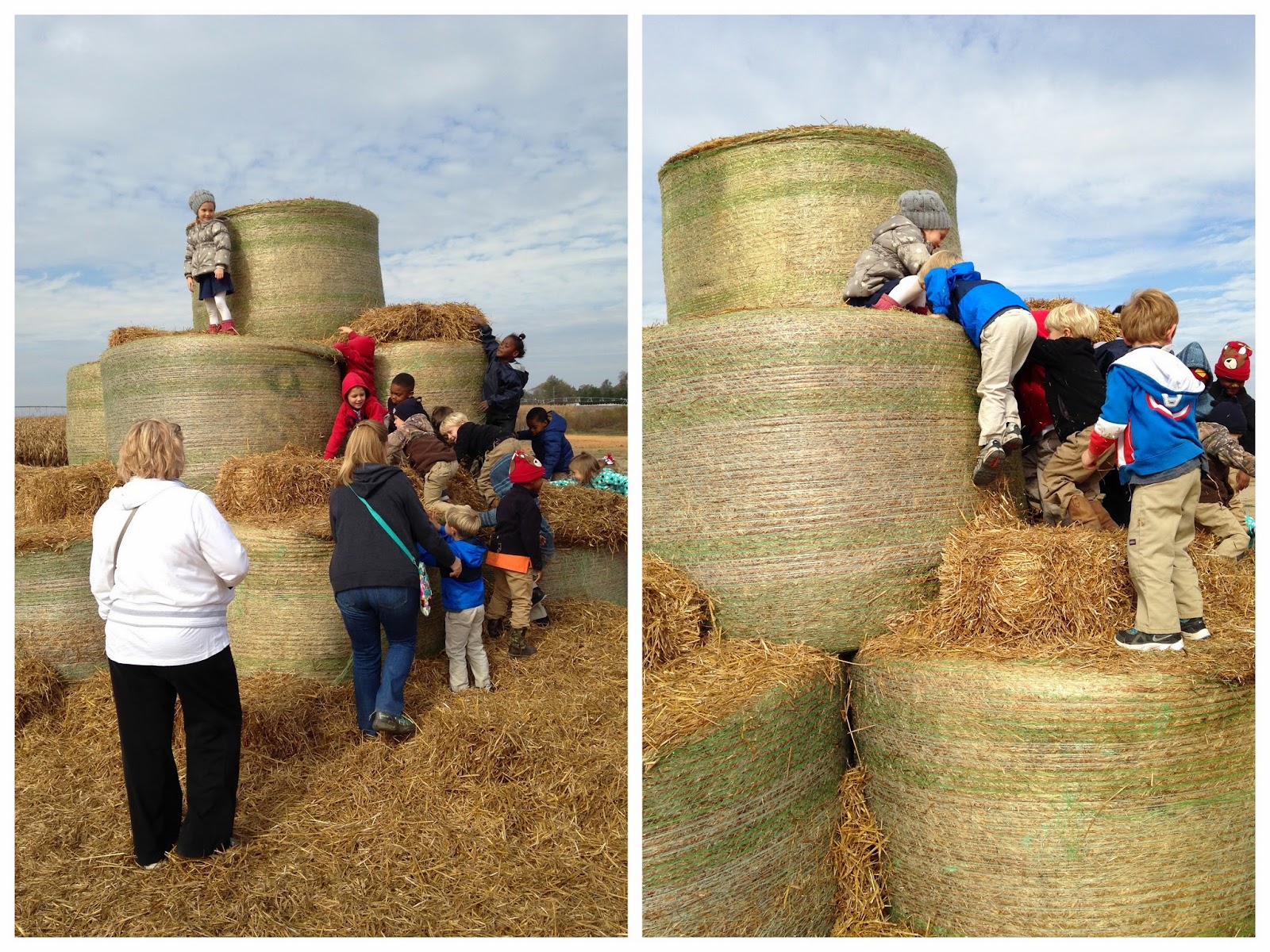 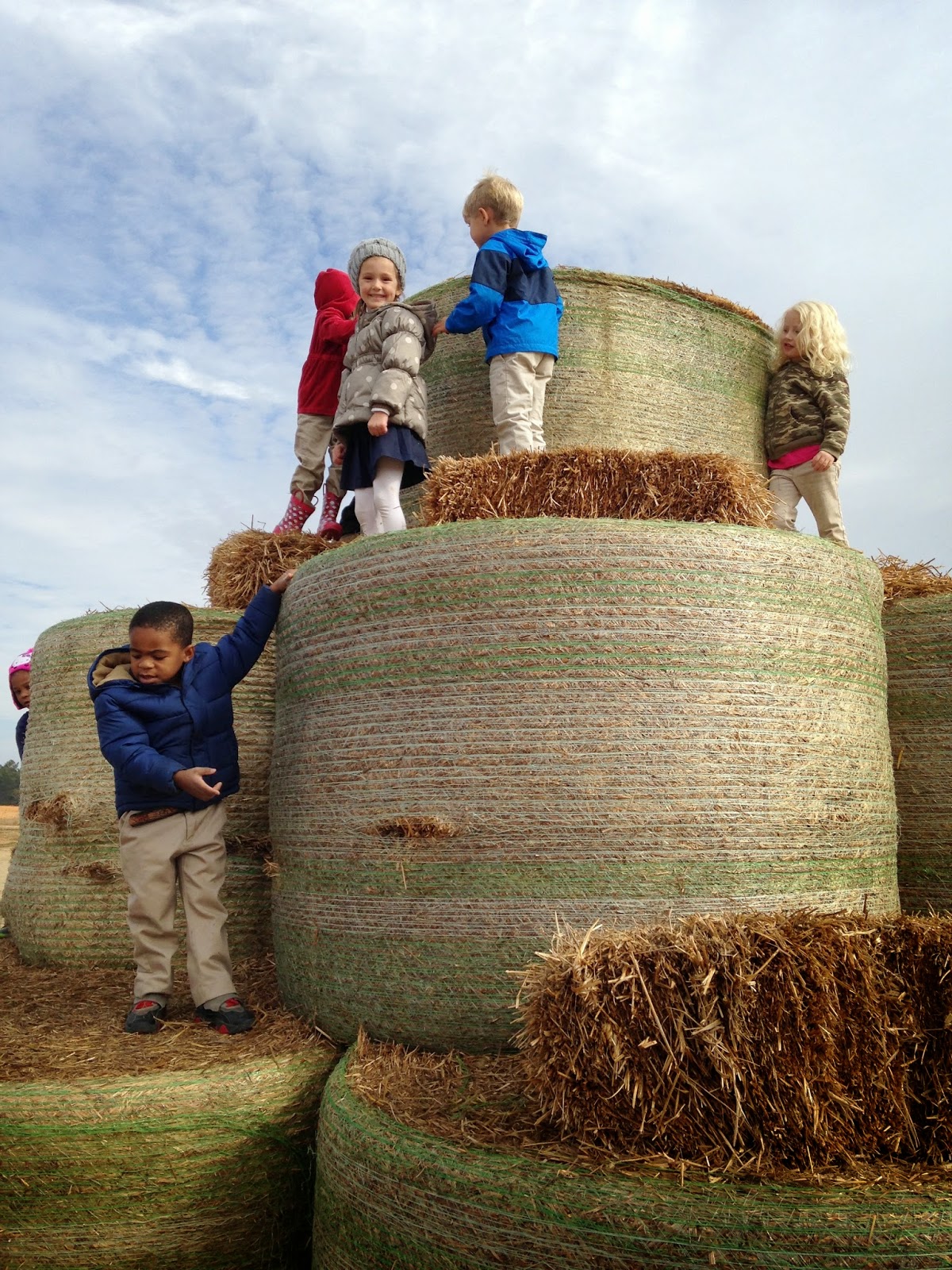 Afterwards we headed over to the corn maze. 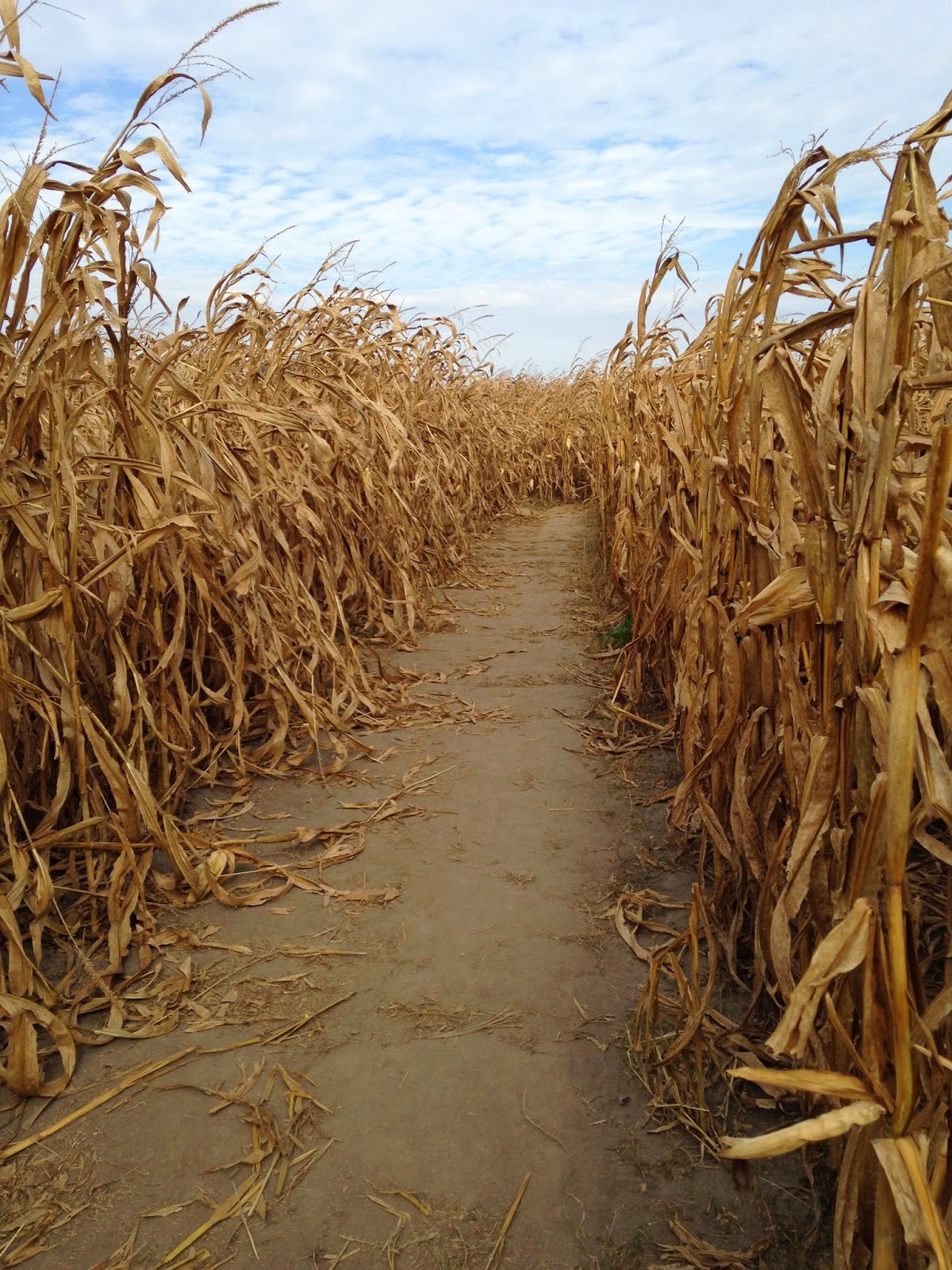 We followed a cute little story through the maze. It was really neat; the corn was well over my head. 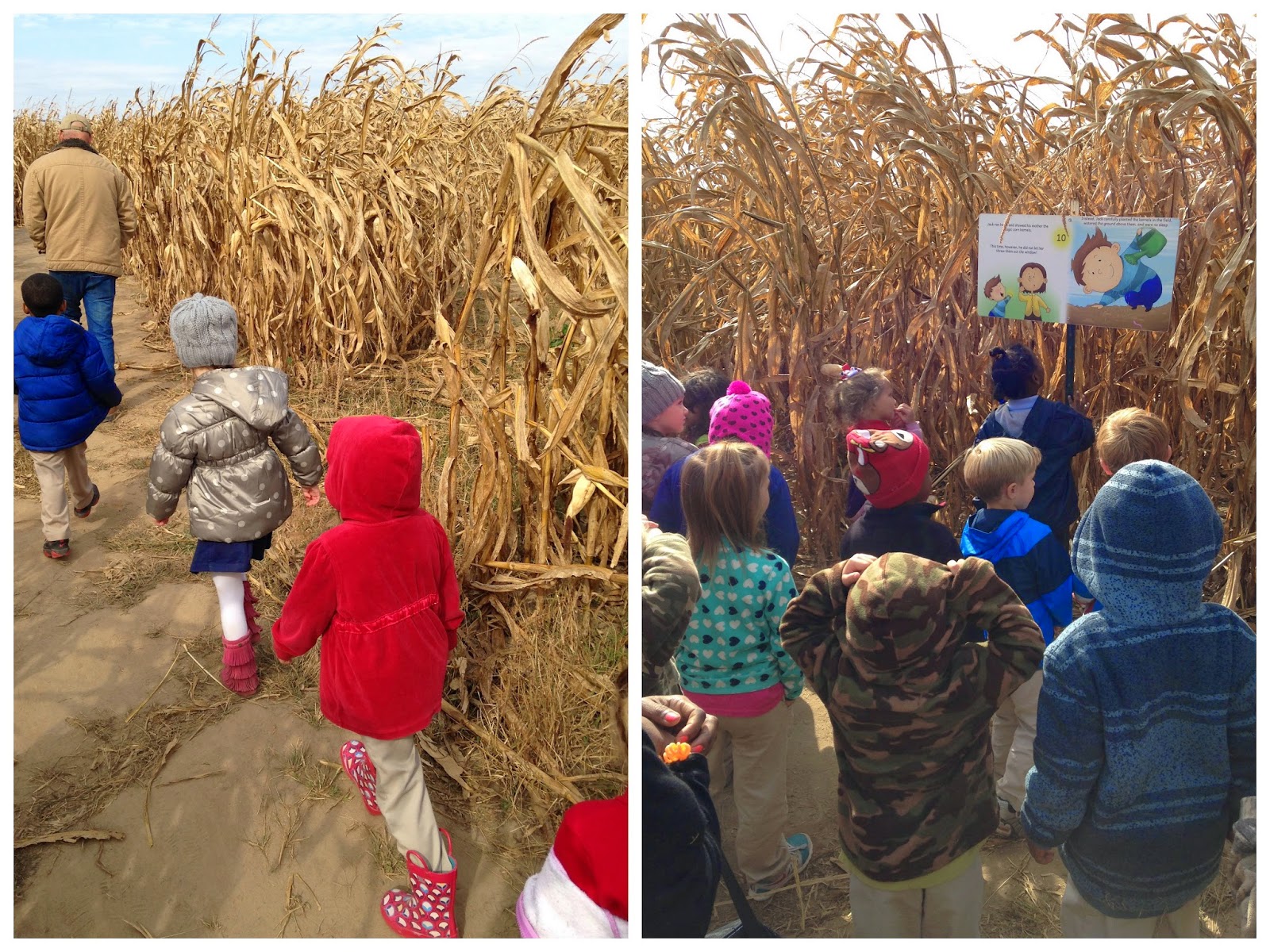 It’s hard to say, but possibly the highlight of the day was the jumbo jumper pillow. 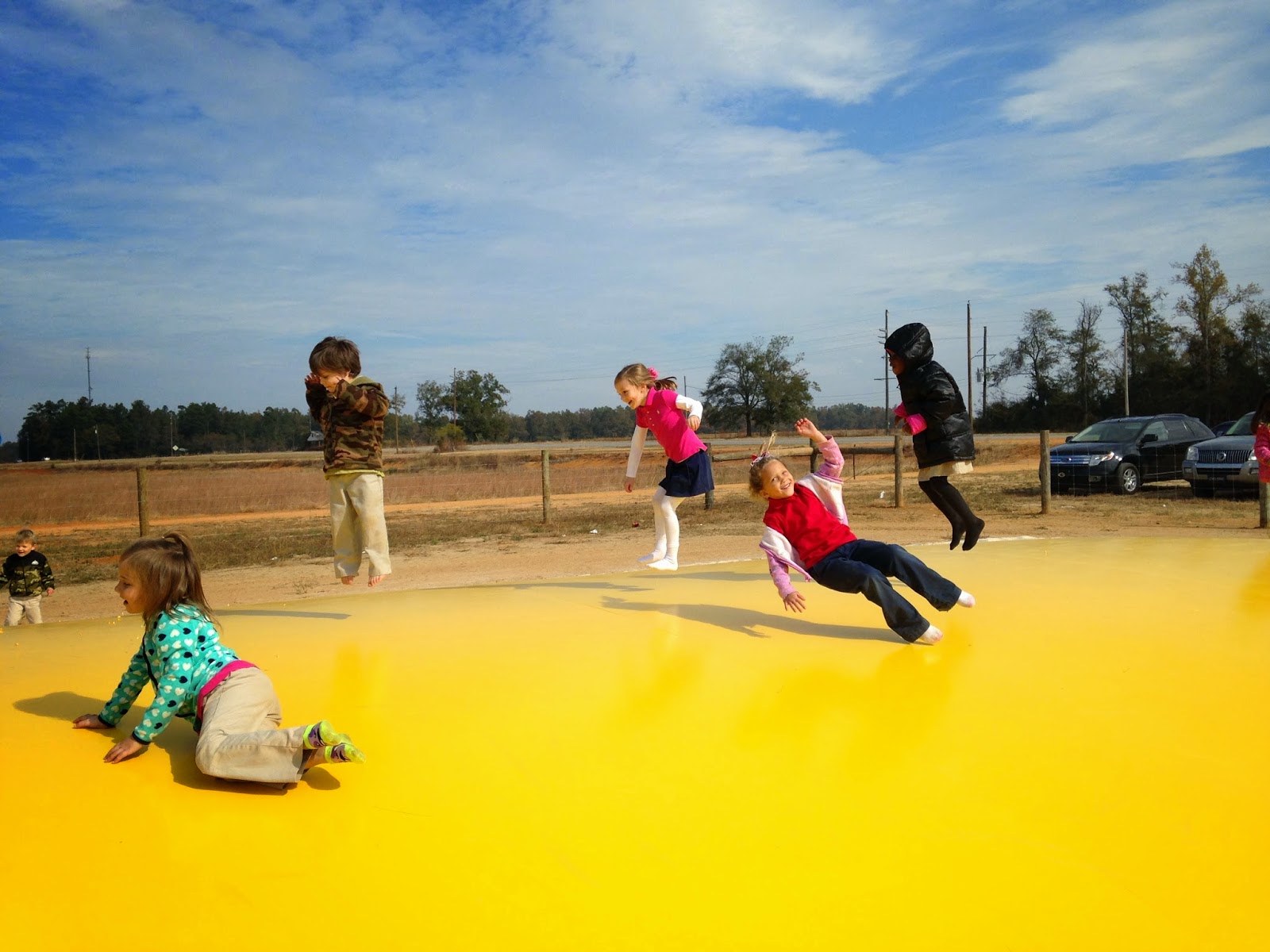 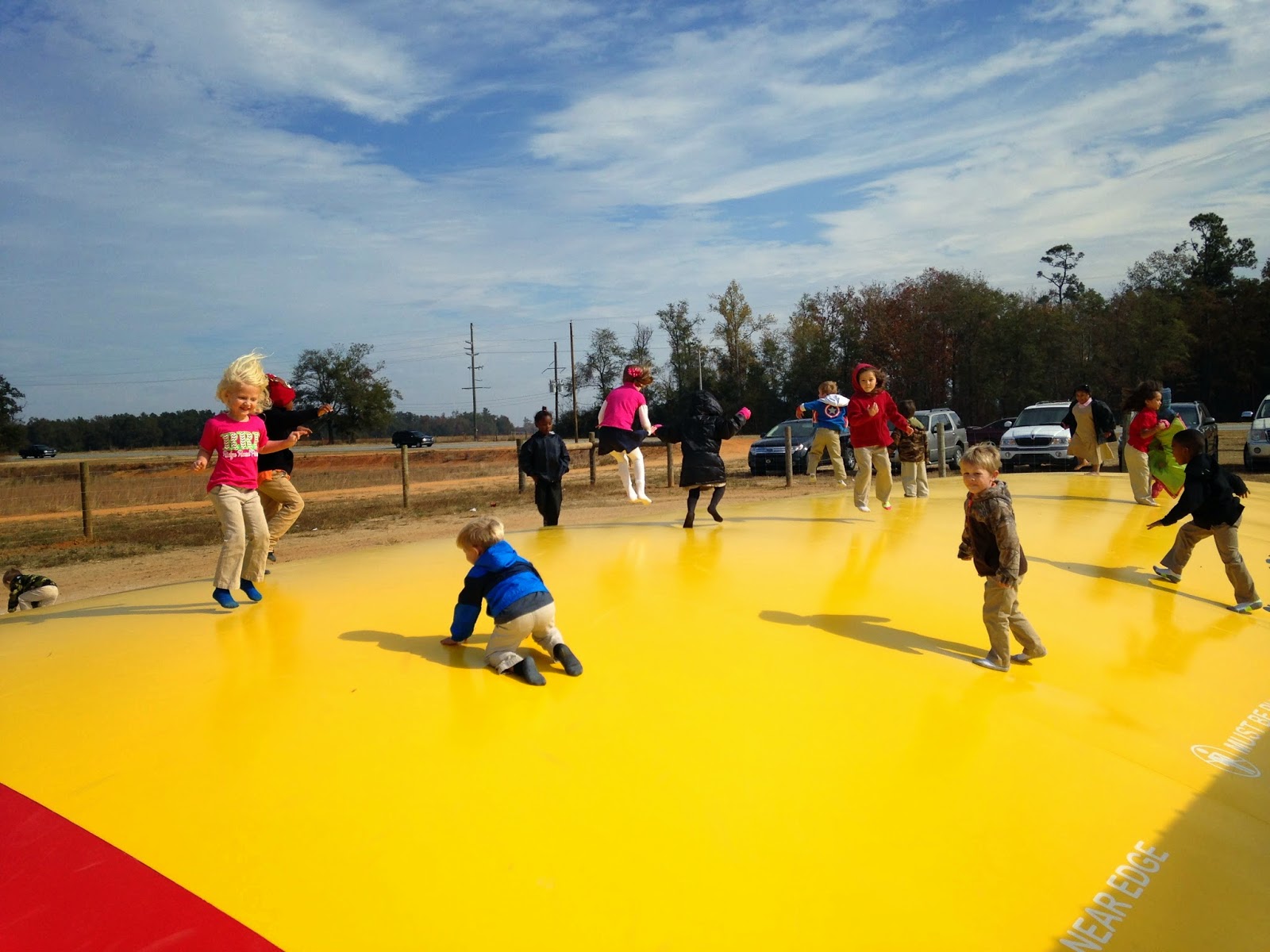 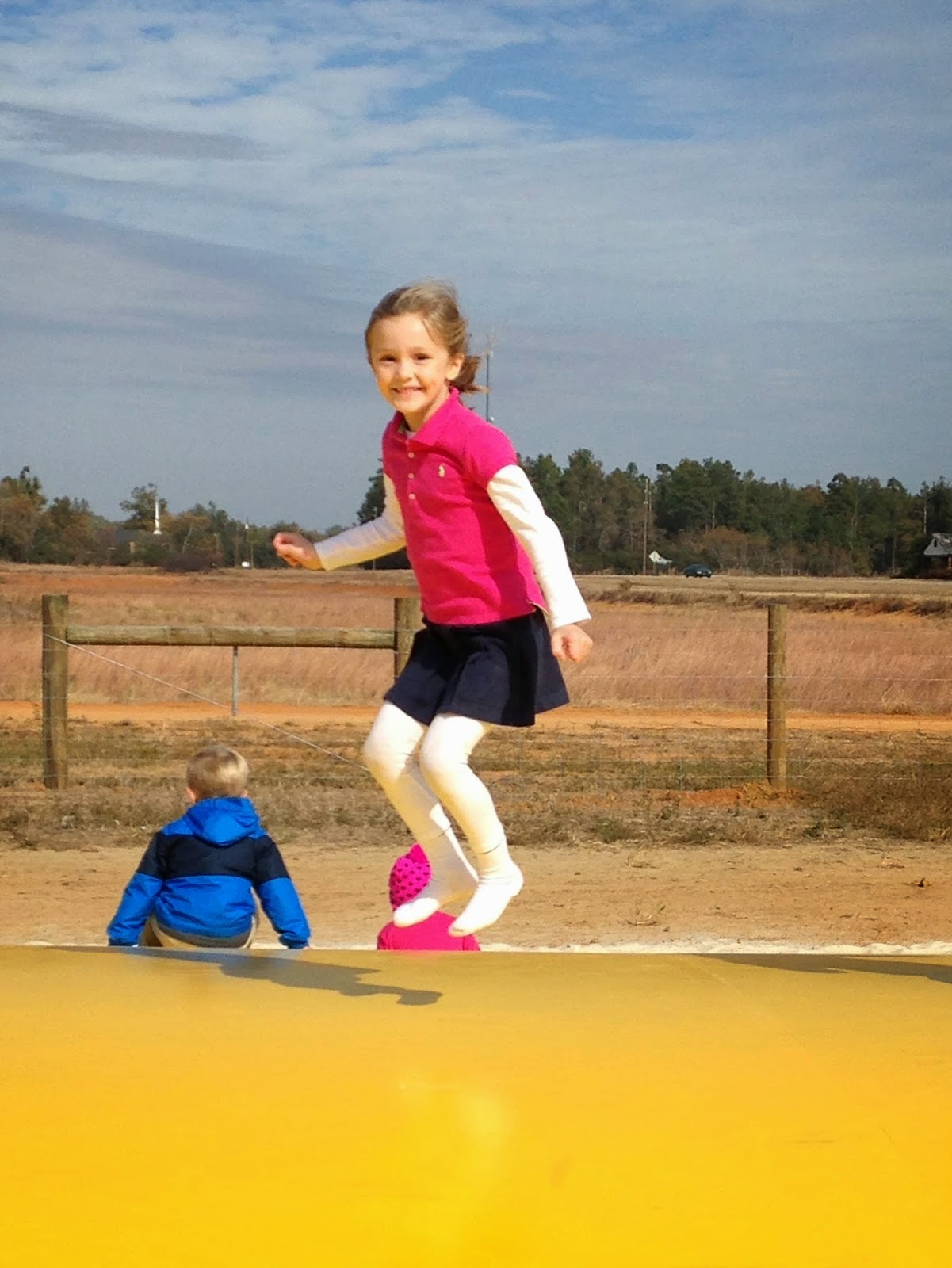 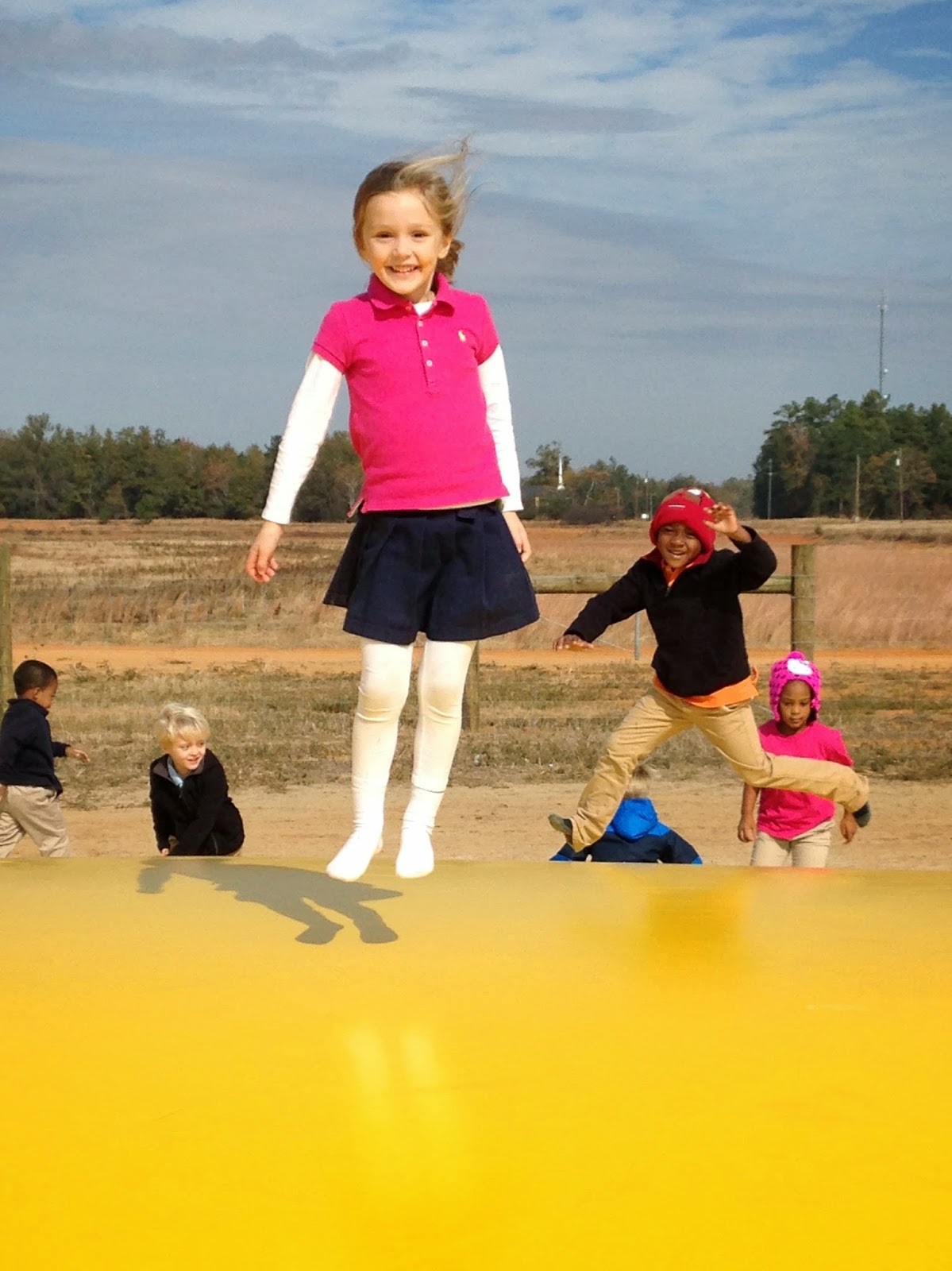 Wow. So cool! This girl loves a trampoline so she was in heaven. And I really wish I would’ve tossed my boots aside and jumped myself. No other adults did, so I thought it was just for the kids, and then later I saw a teacher jumping with her class. Darn!

We ate lunch at picnic tables and I watched Hannah run around on the playground for a little bit before heading back home. 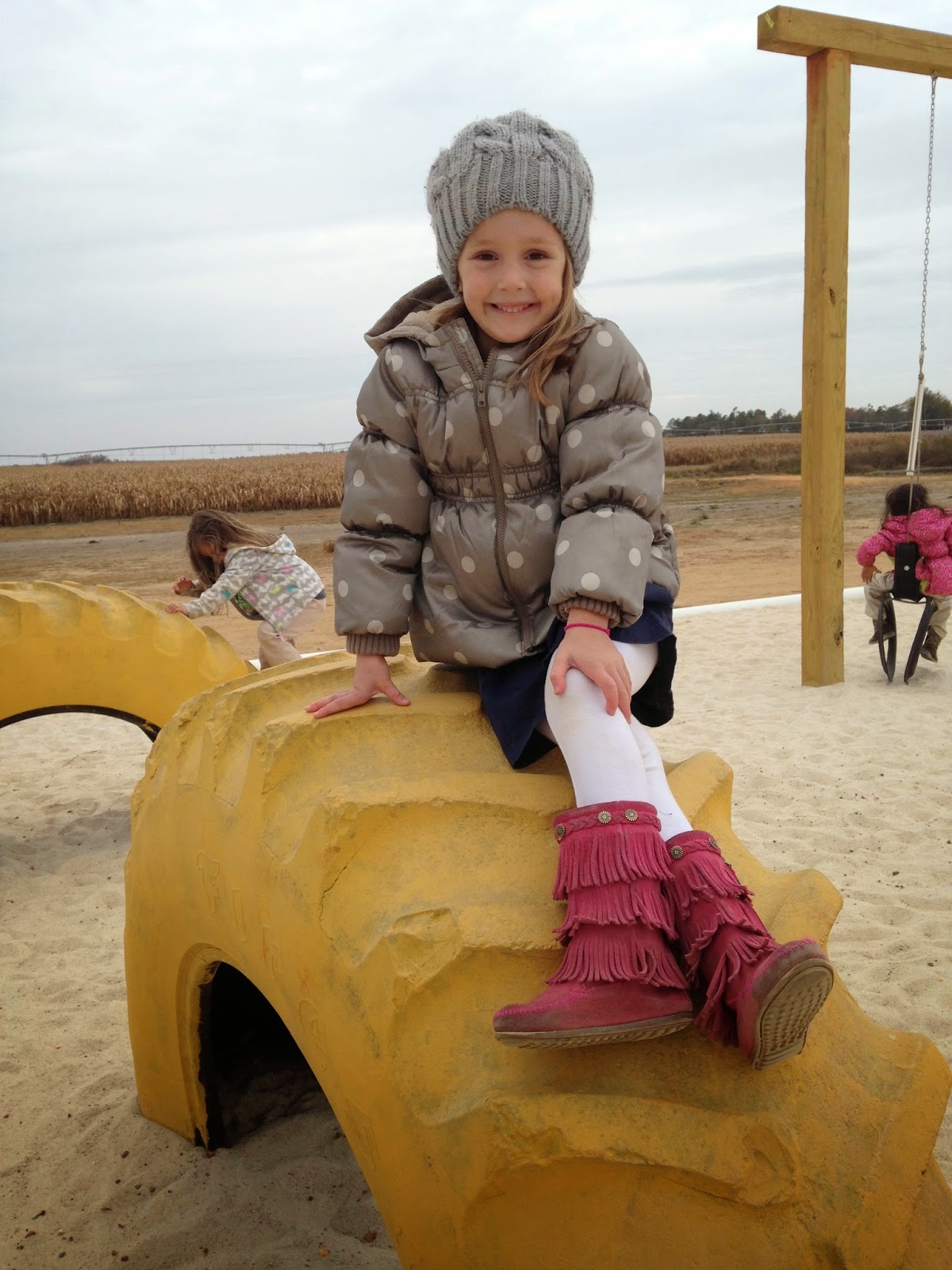 As I was driving away it started to sprinkle. The classes were soon to board the bus, but I did miss out on the last-minute pig race they got to see.

It was such a fun (cold) morning and I am so glad I went.