This past Saturday was the Savannah Rock ‘n’ Roll Marathon and 1/2. We came into town on Friday and carbed-up at Vinnie’s. Vinnie Van Go Go’s is an awesome pizza place downtown in City Market. My family has been eating there for most of my life. We love to go and sit outside, drink good beer and have their (huge!) slices with all kinds of toppings (I like spinach, artichoke hearts, anchovies, garlic…).

Granddaddy, Aunt Angie and Uncle Will Will joined us. We didn’t all need to load up on carbs, but we did anyway. 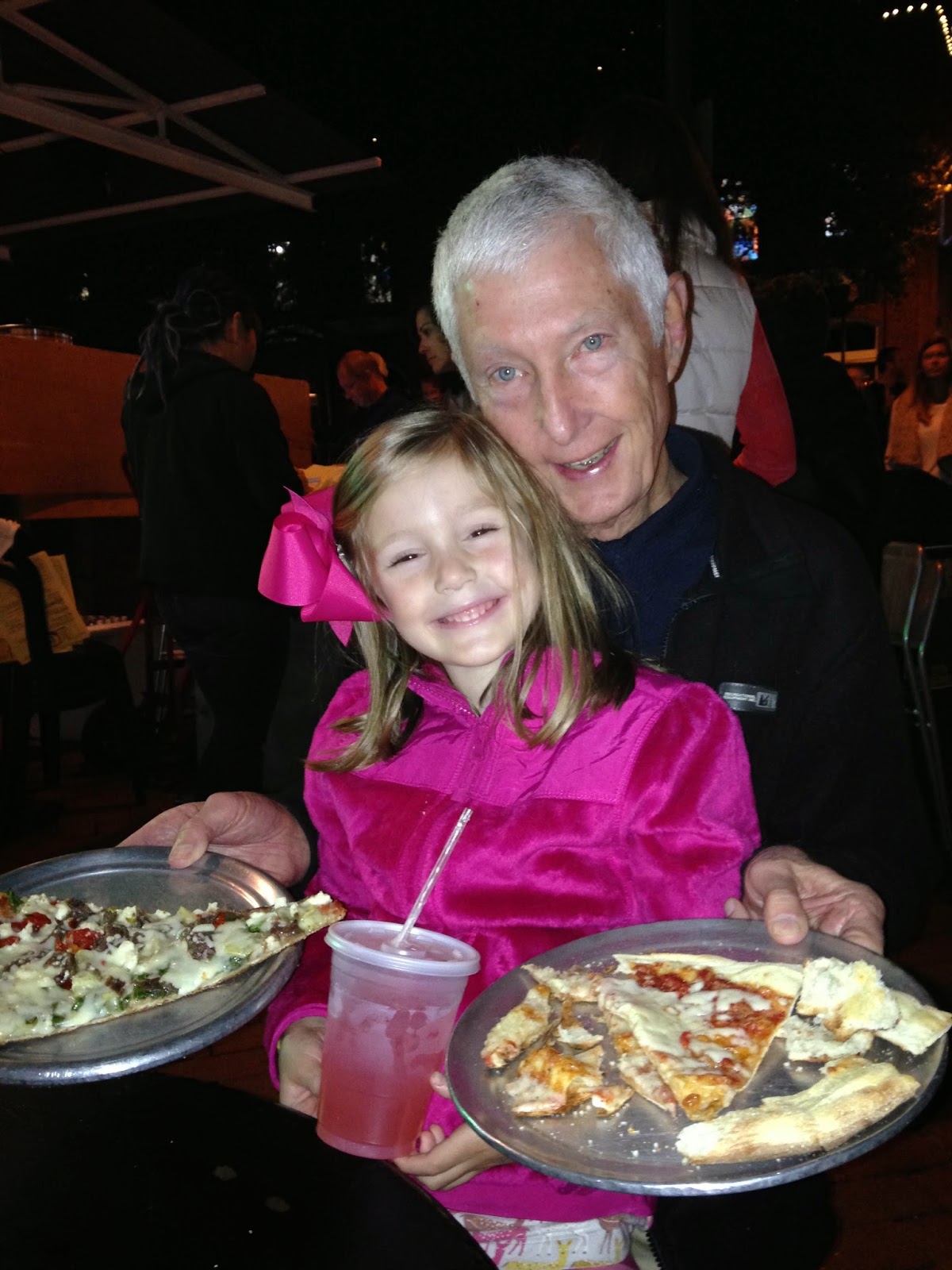 The next morning we bundled up and left my mom’s at 6:30 to make it to the start on Bay Street before 7:00. Initially, I thought I would run the 1/2, but due to some knee issues, I never got the training miles in.

But Joe did run. And, after dropping him off, we maneuvered around road blocks and closed streets to make it to our first cheering point: the corner of Montgomery and Gwinnett streets. We waited eagerly to see Daddy, who came in right on time! 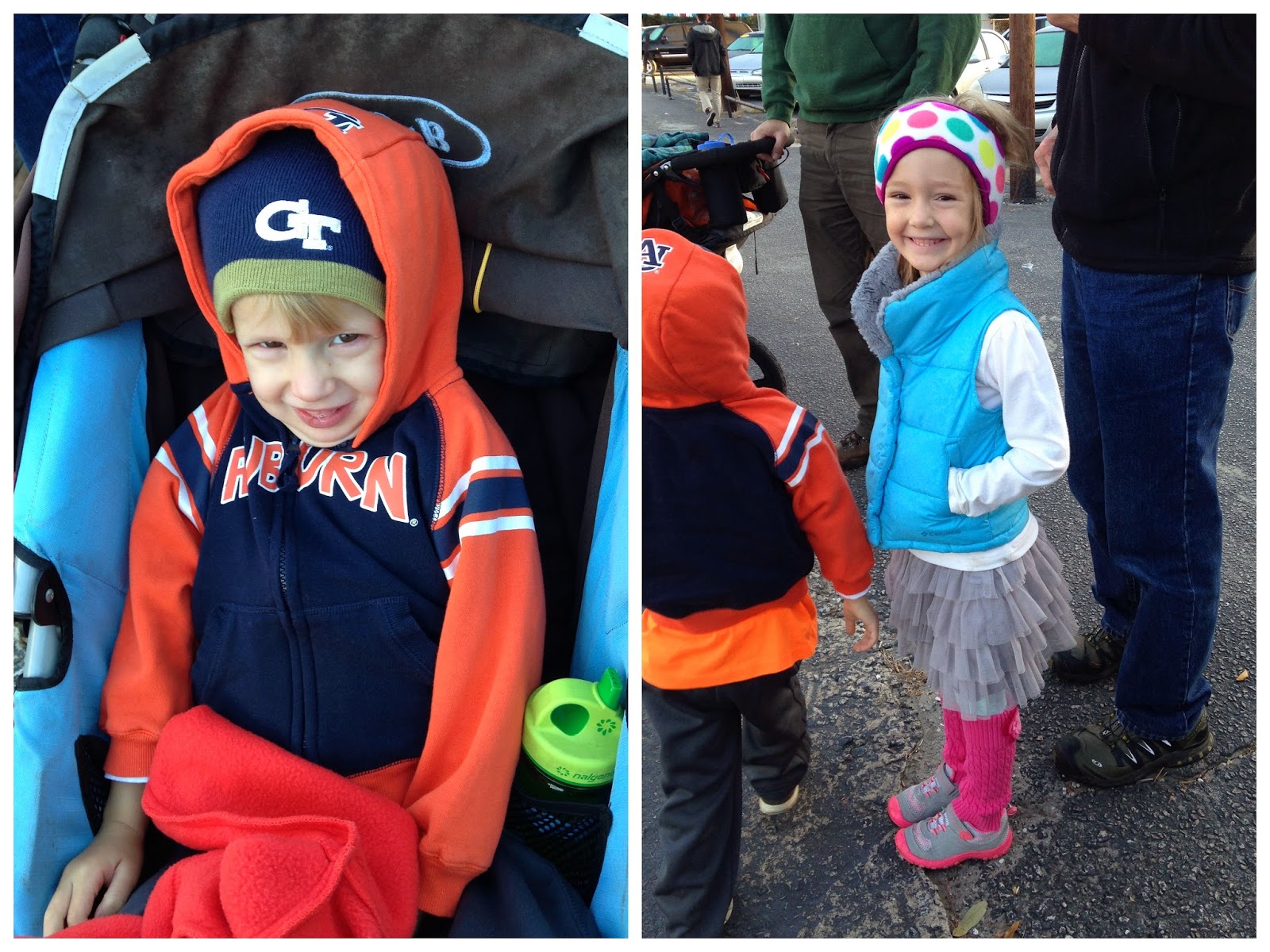 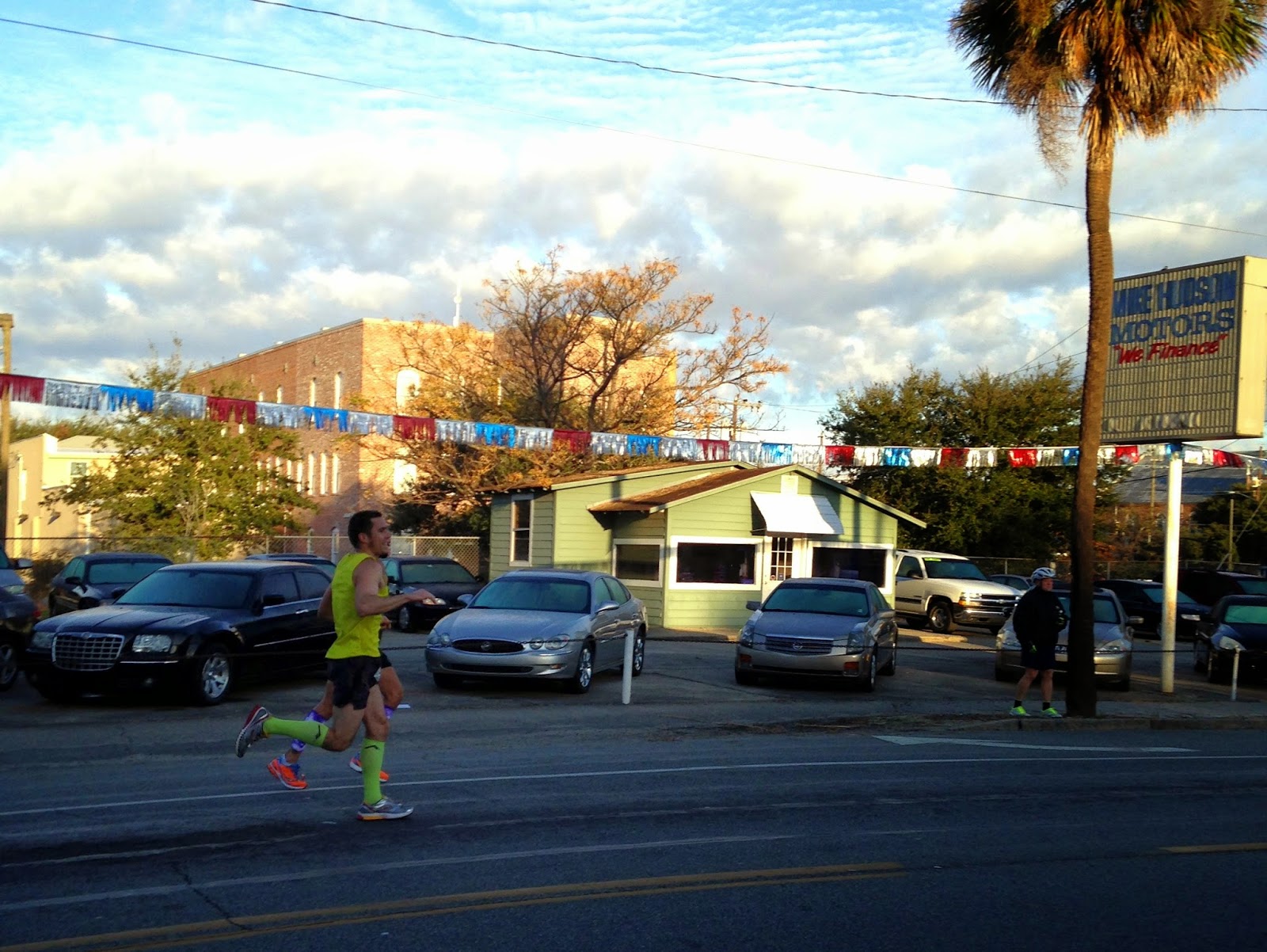 Then we made our way to stop #2. Again, right on time. 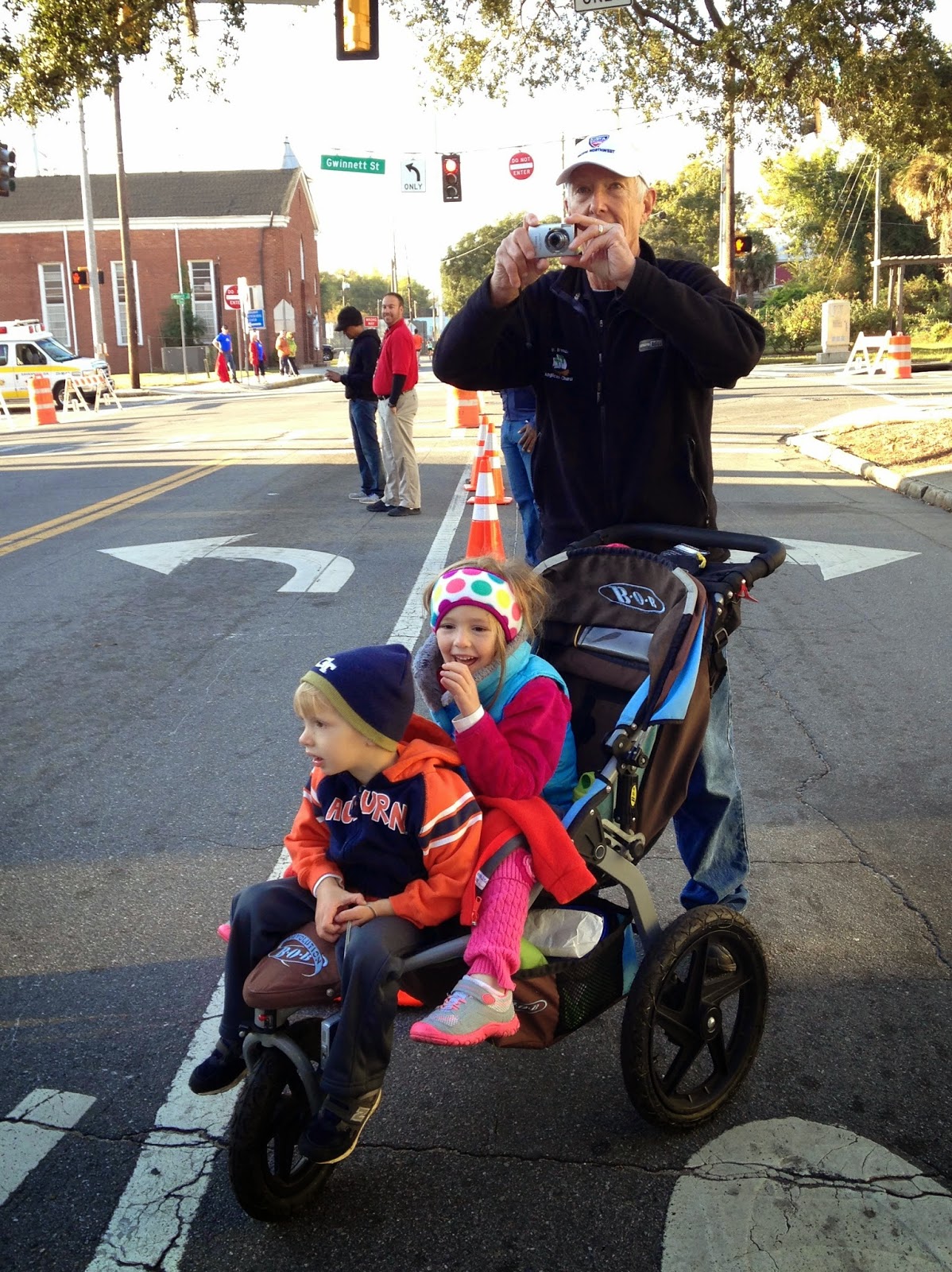 At each point, Granddaddy (pushing the stroller) and Meme (at times running with Josey) joined us in cheering Daddy on. Thanks Mom and Dad! 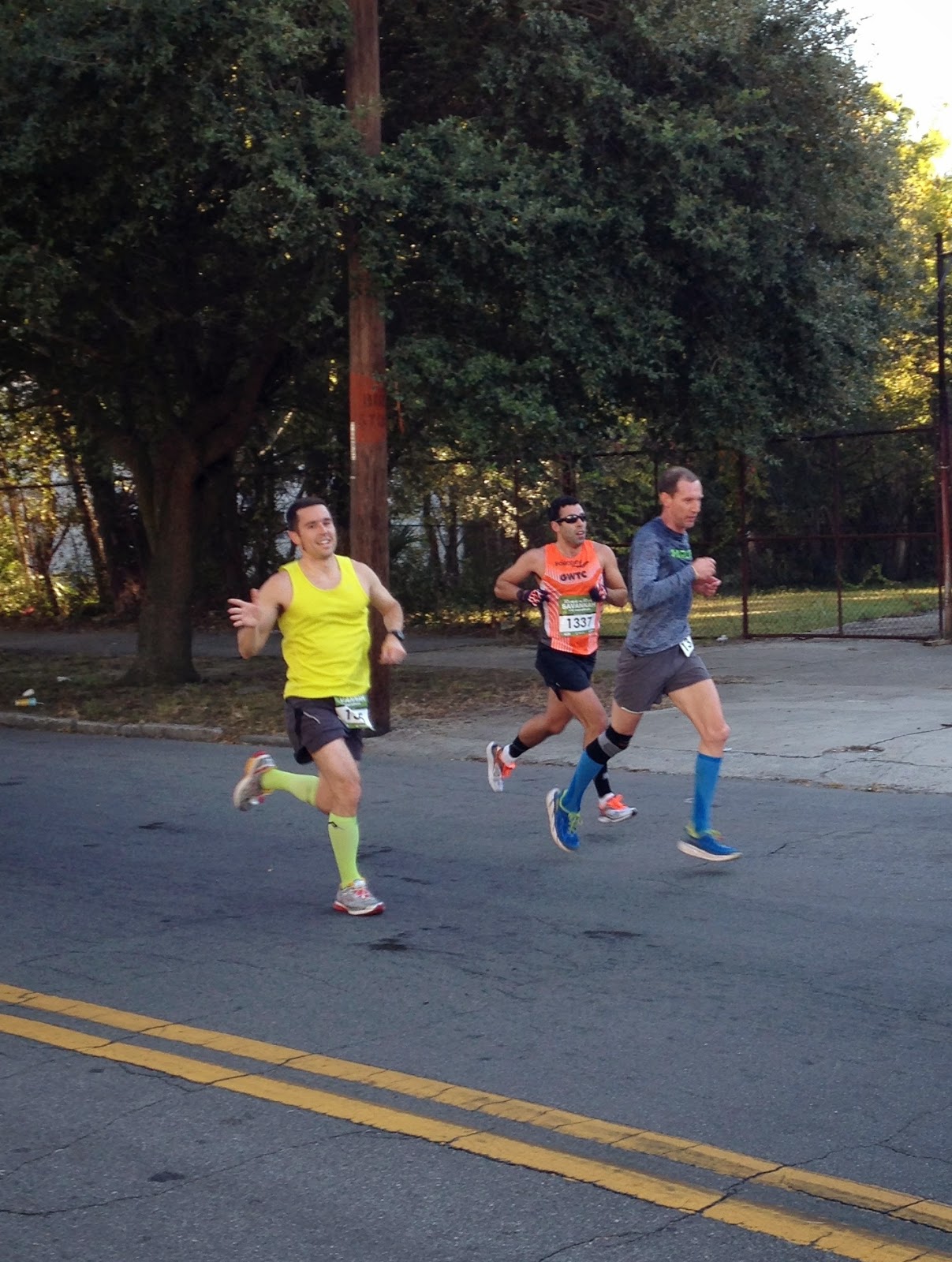 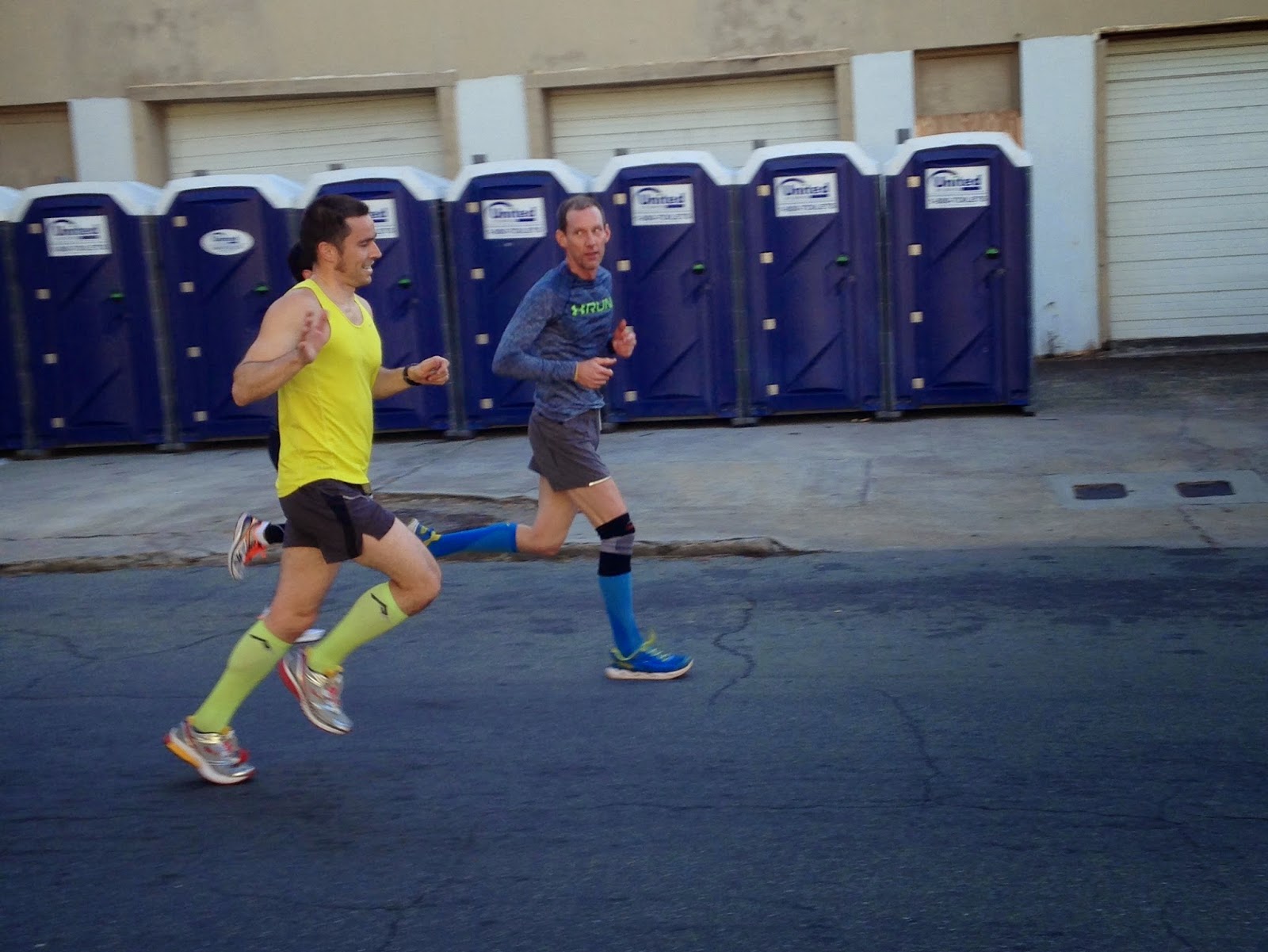 Two friends from Sandersville also ran. Thomas on the left, Mitch on the right. 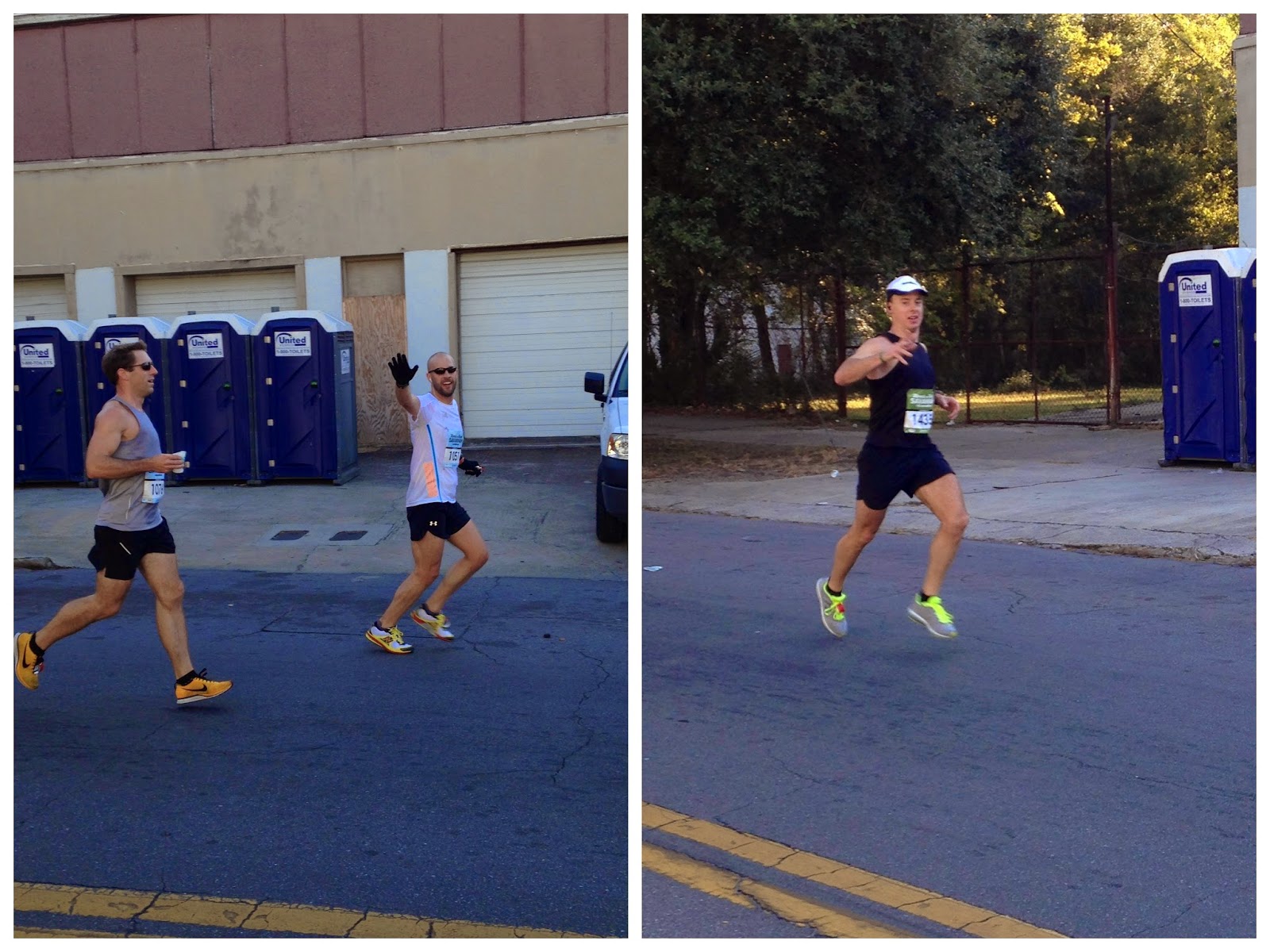 Then, off to catch Daddy at the finish. 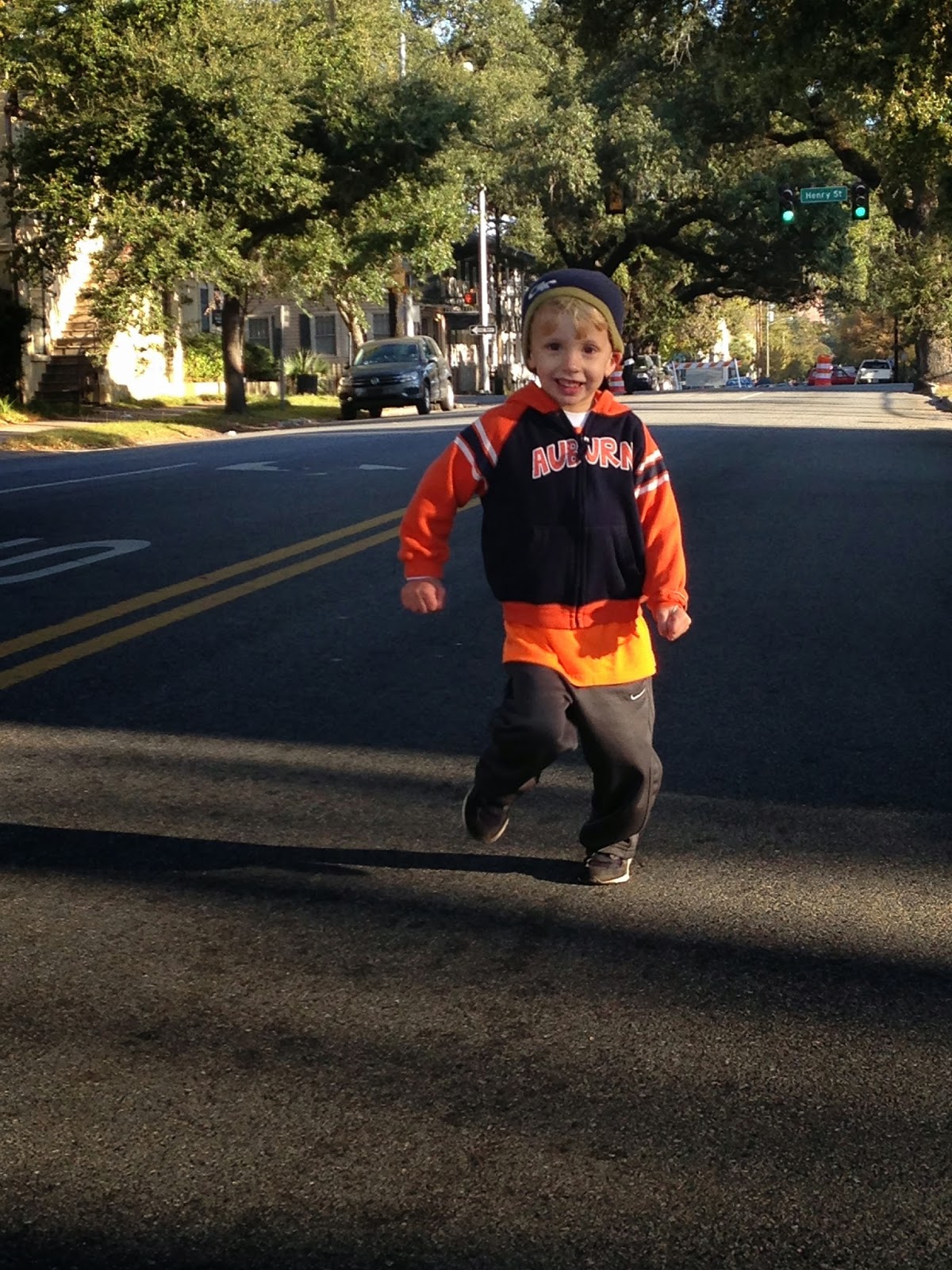 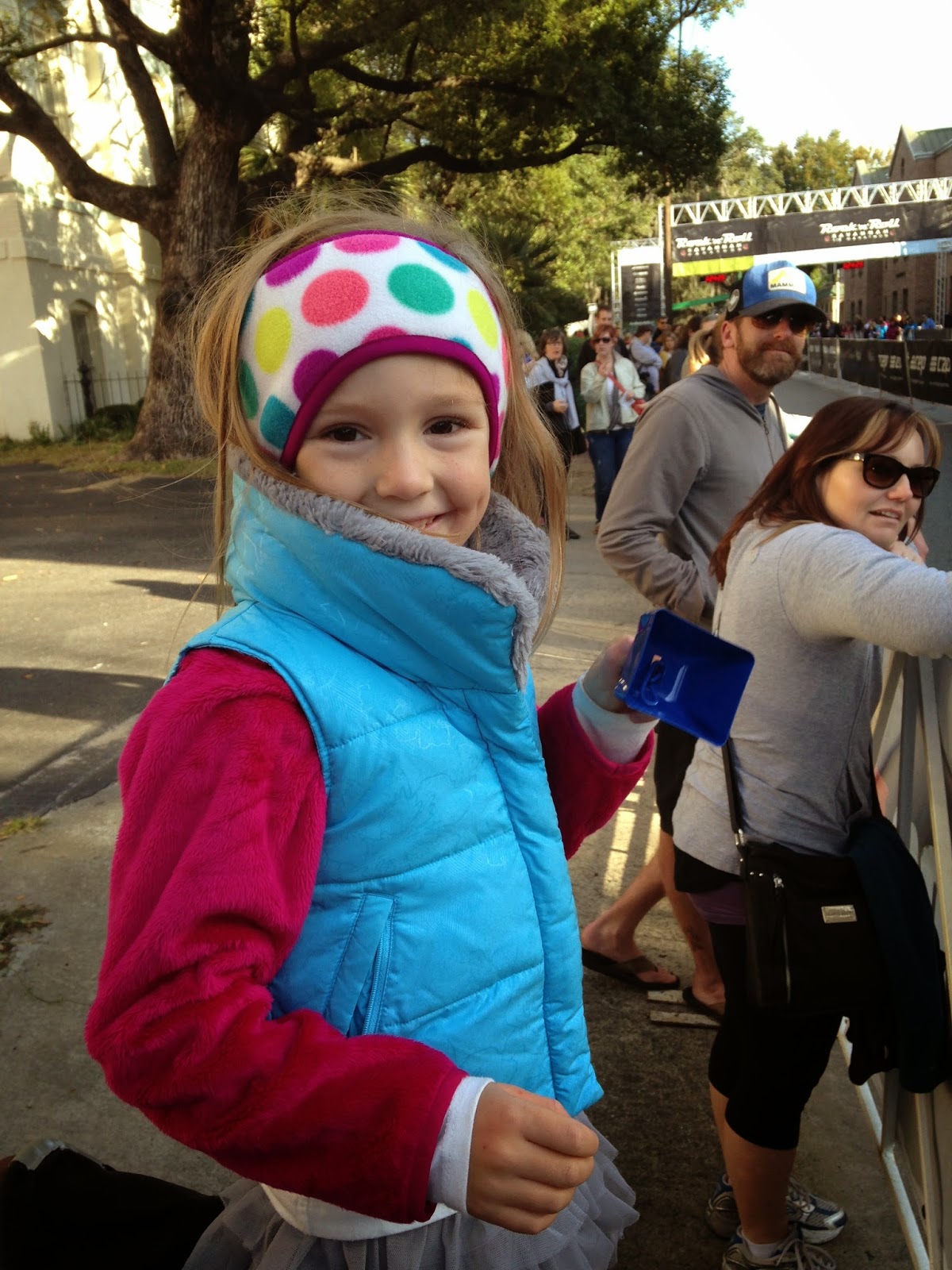 Geico gave out little bells, which my children were only too happy to ring like crazy. And not too long after we found a place to stand did I spot the yellow singlet coming down the chute… 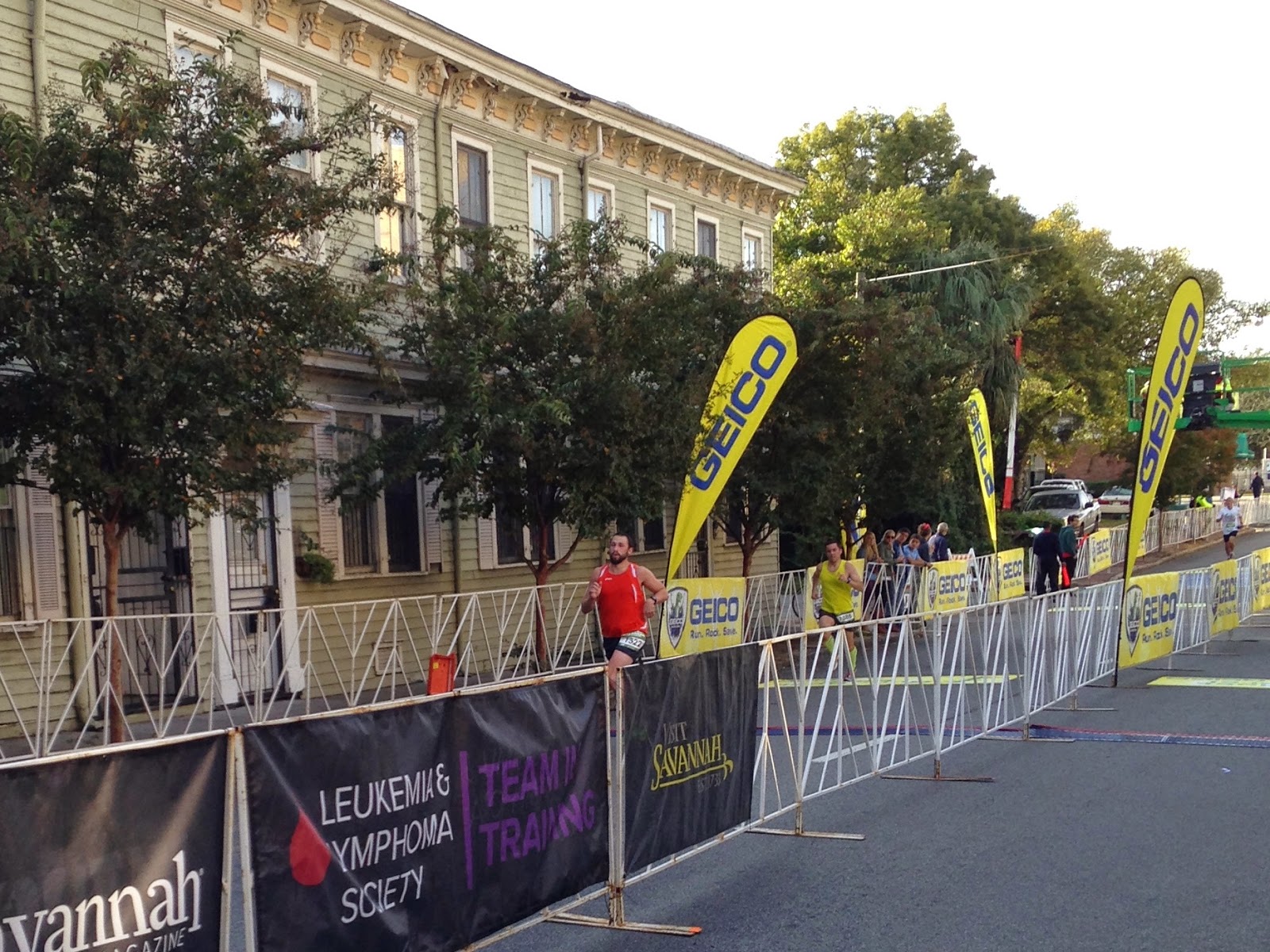 …ahead of his goal time!!

I had propped Joseph up on the fence and was trying to hold him, take pictures with my phone, and yell at the same time. So, excuse my finger and poor photos. 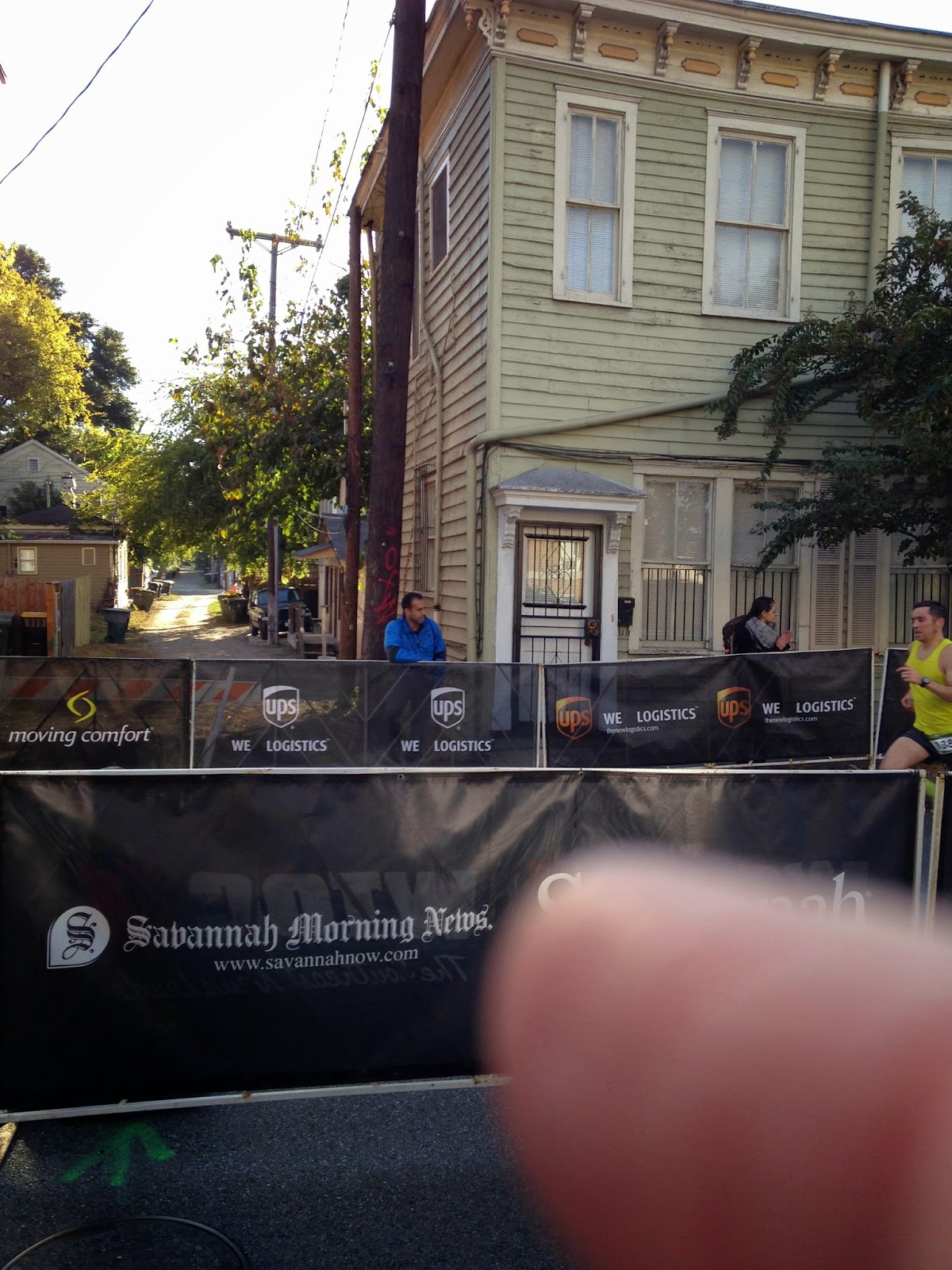 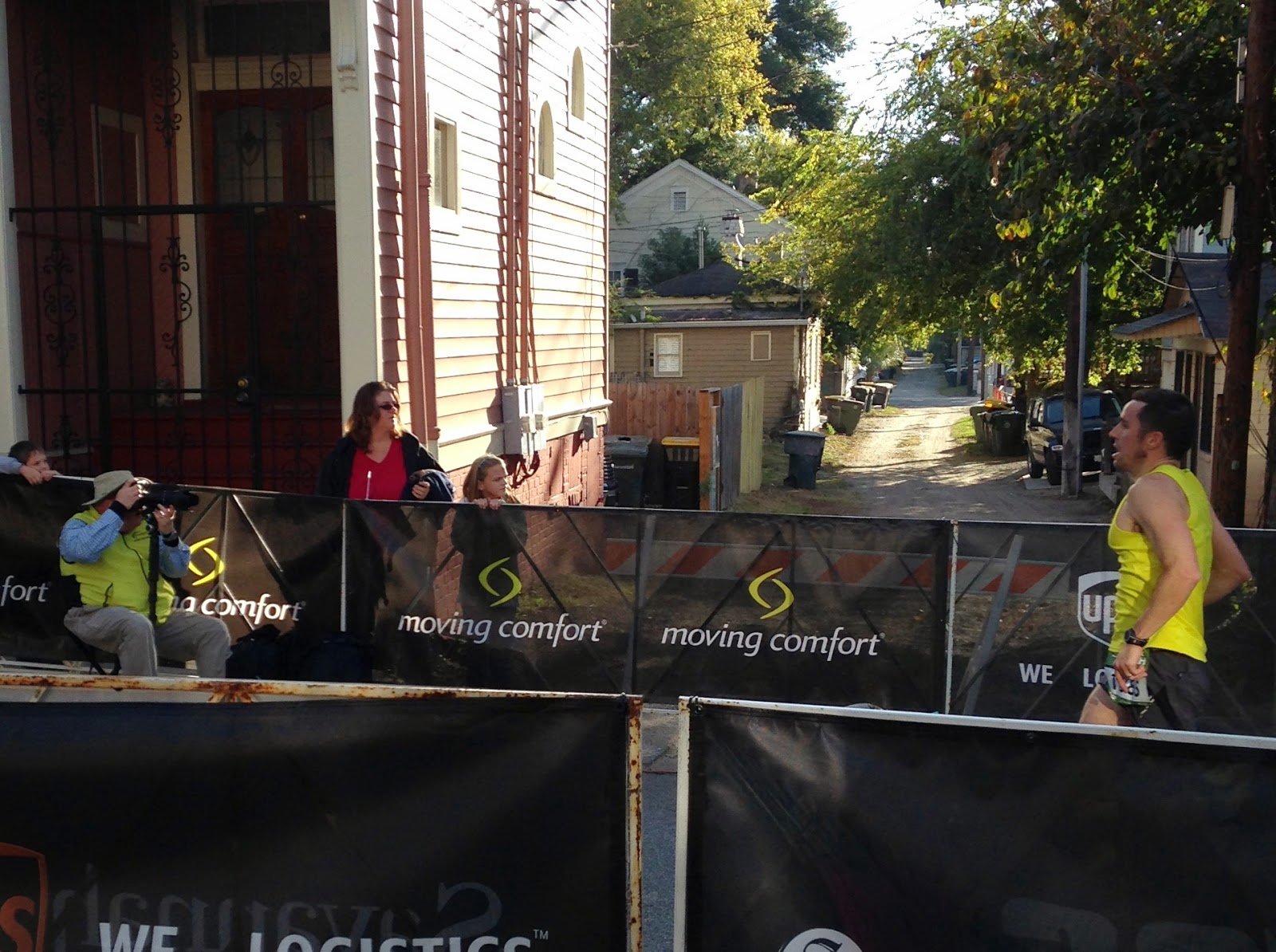 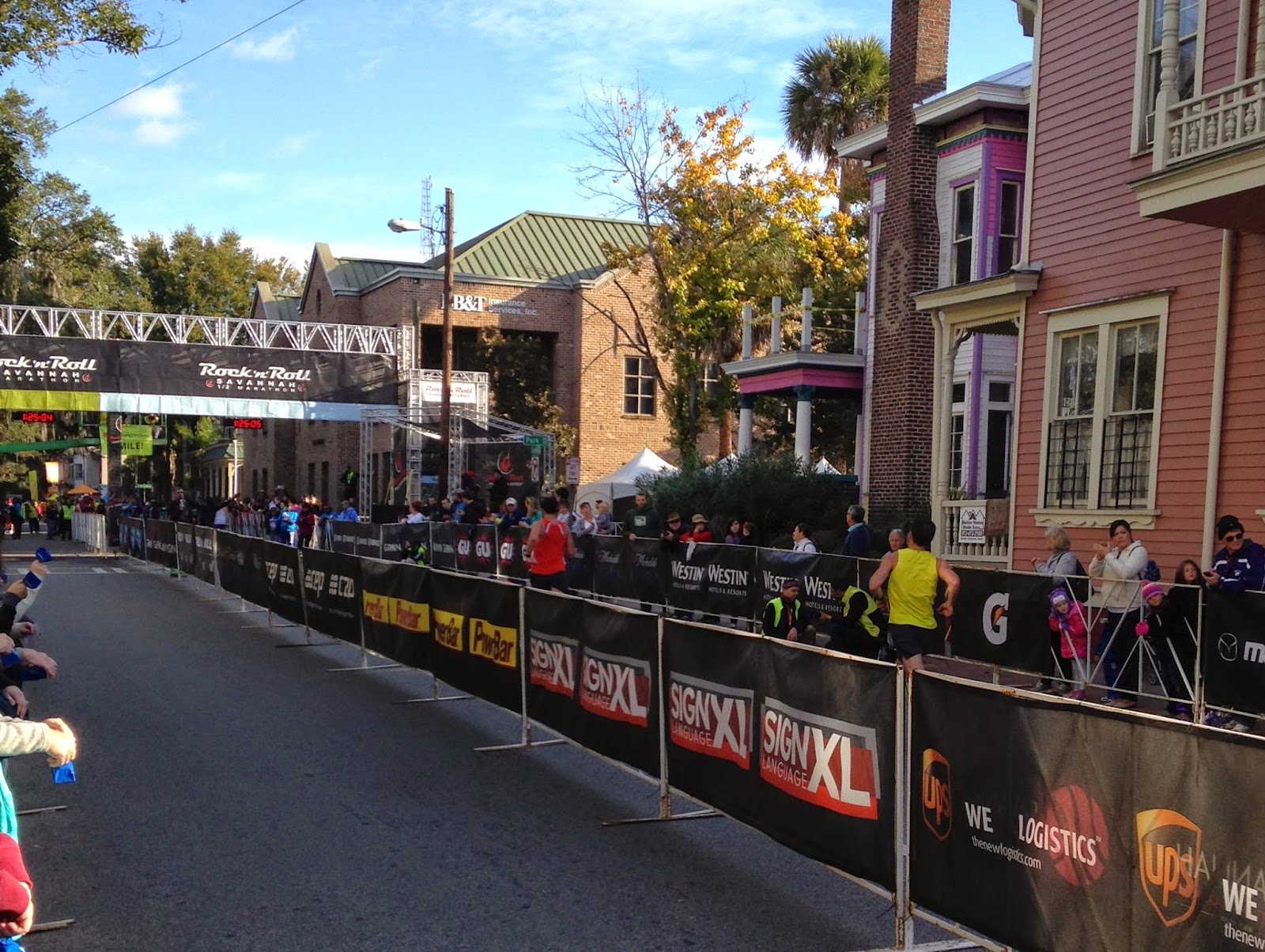 Our friend Mitch did well too and I was happy to post a picture of the two of them. 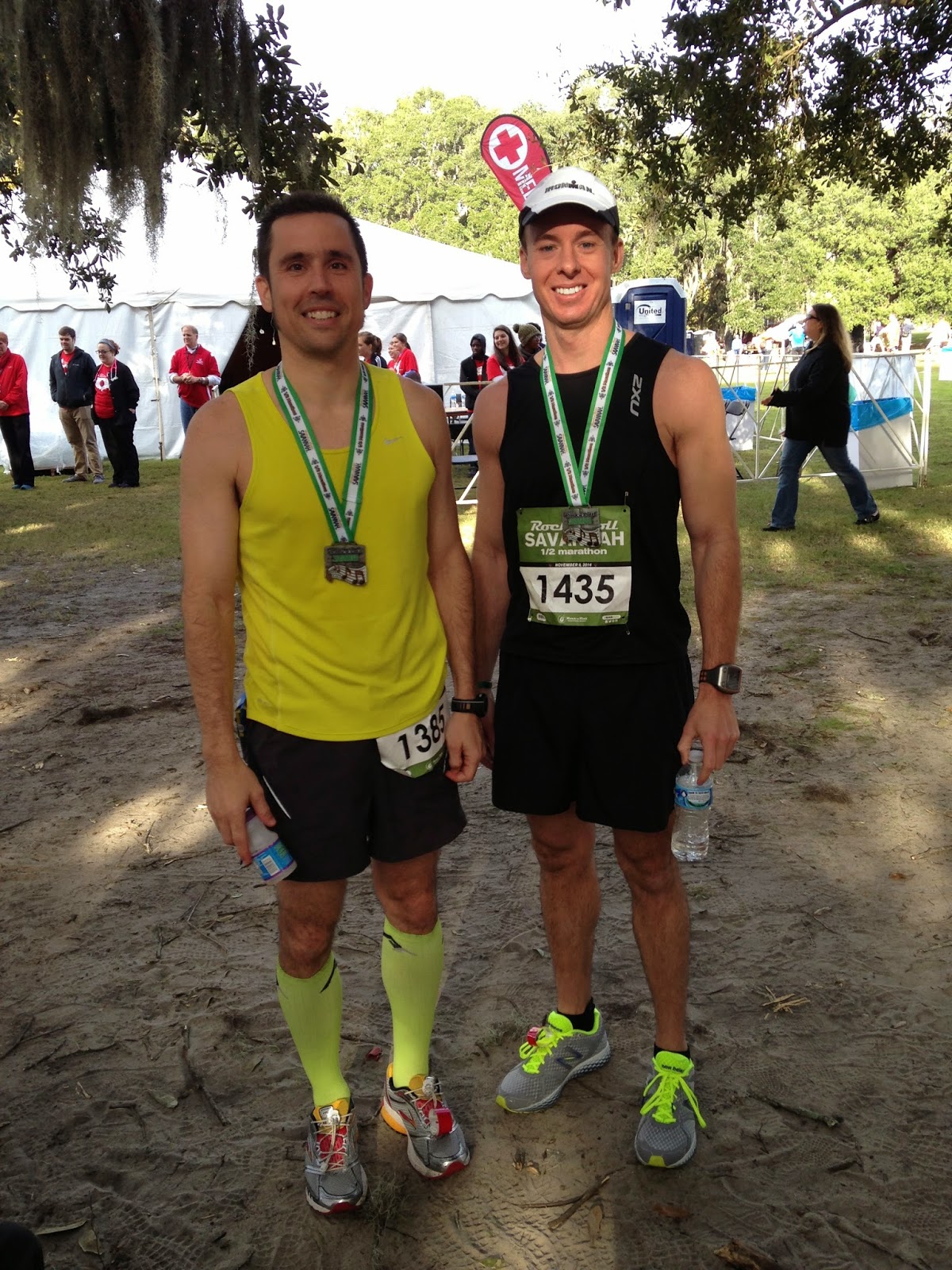 And then I love this: 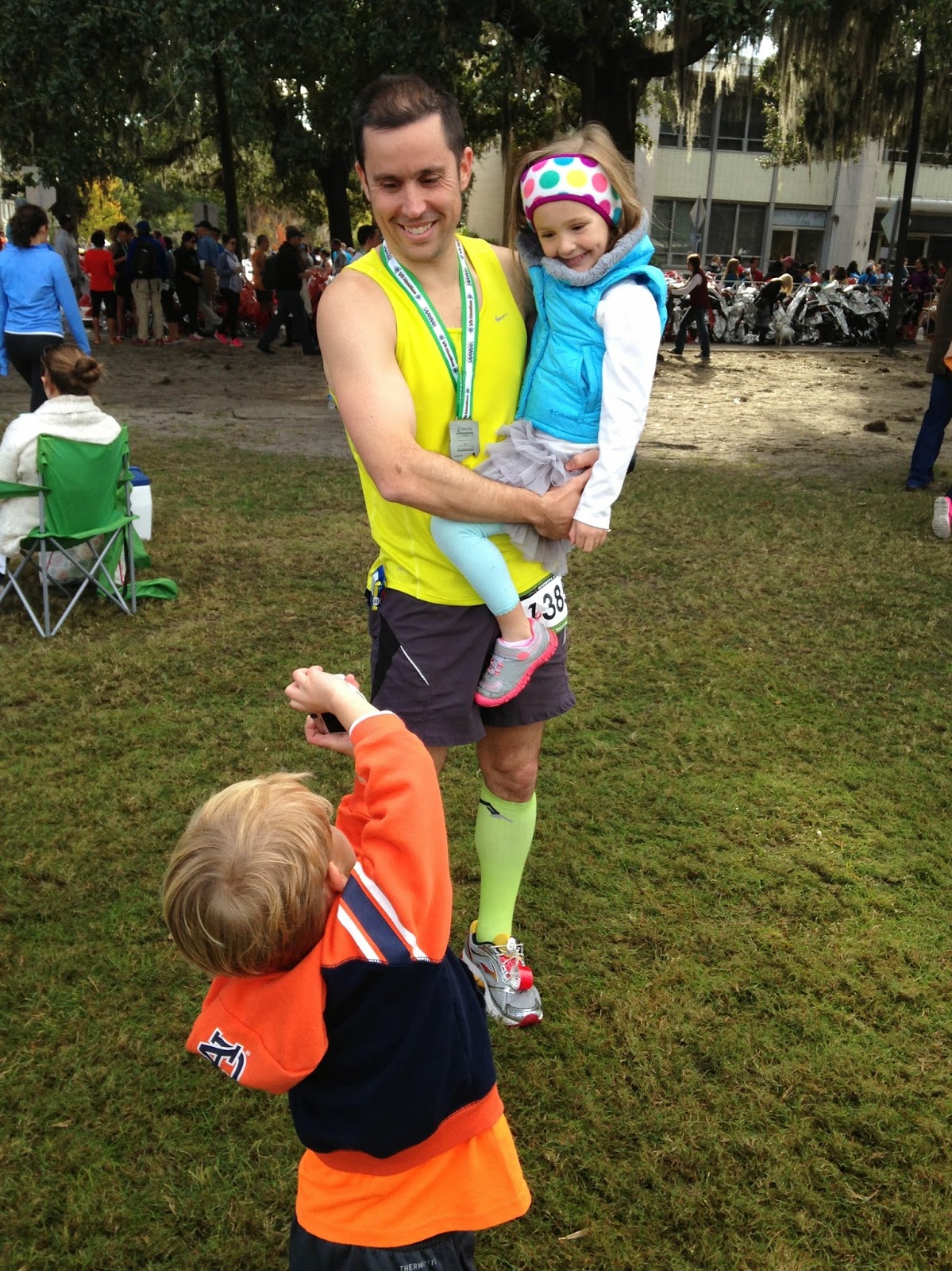 Joseph wanted to take a picture of Honey and Daddy with his camera. 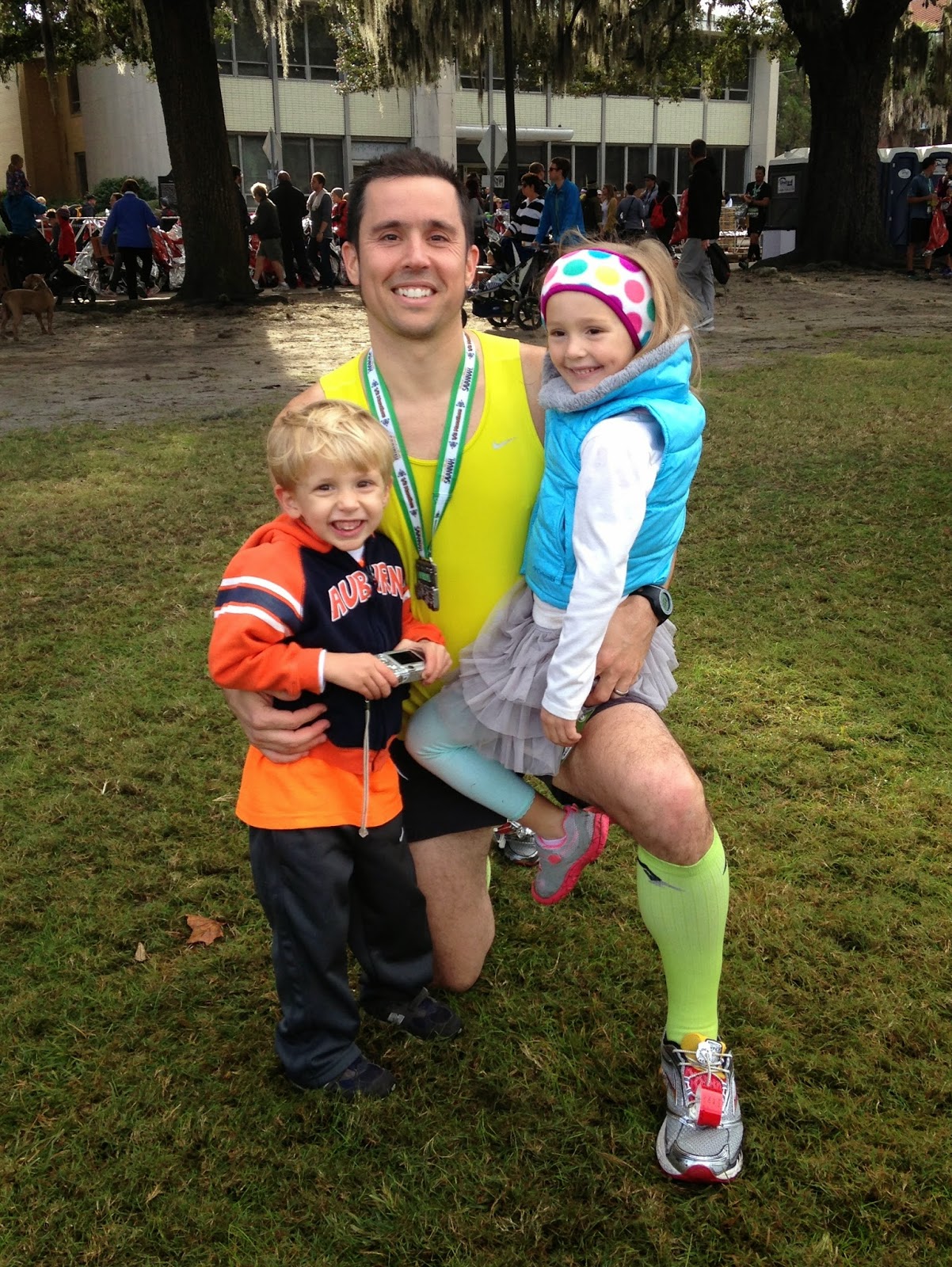 Just to be real, here’s what most of our family shots look like: 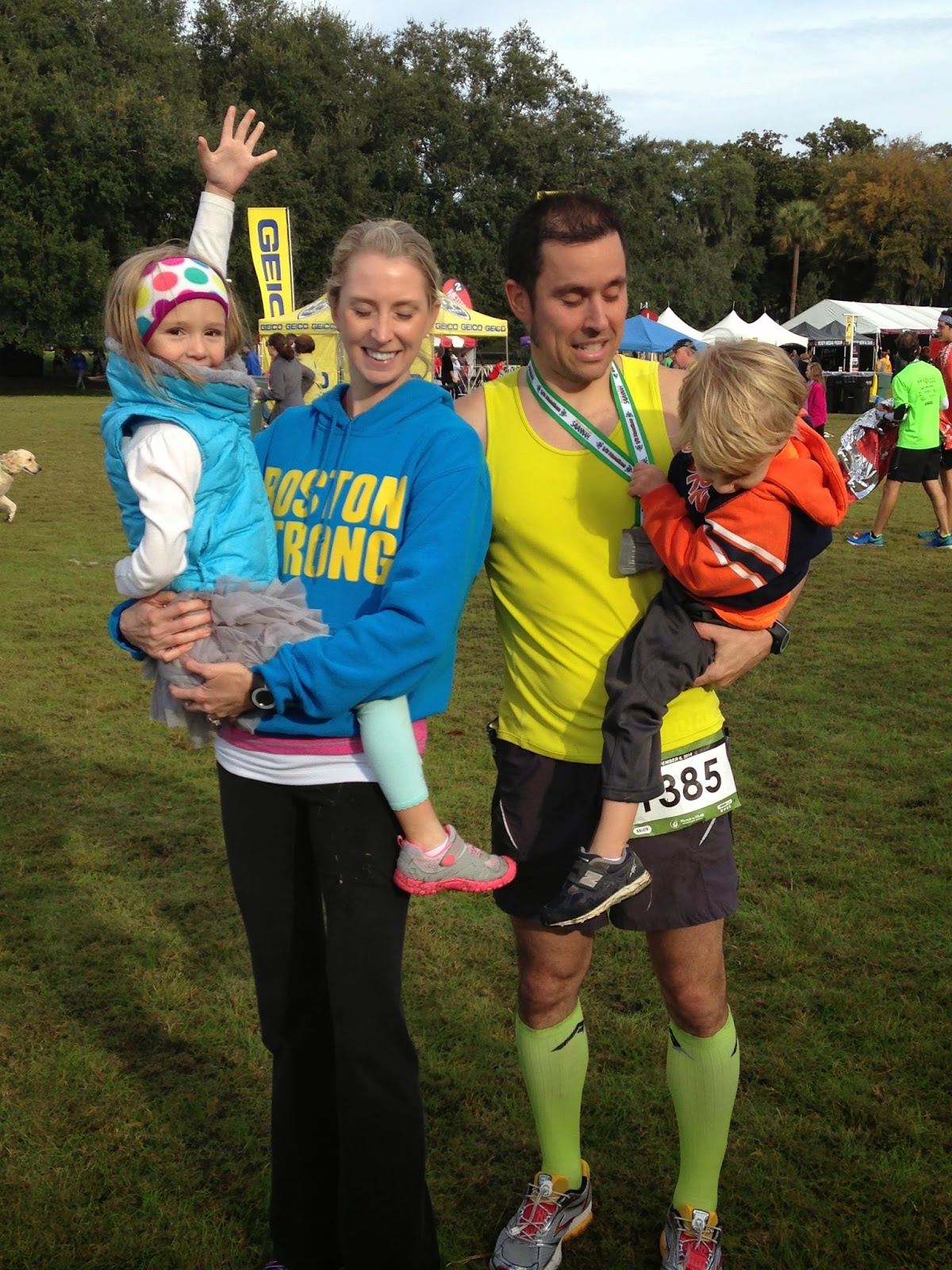 This is the best one. Three out of four isn’t bad. 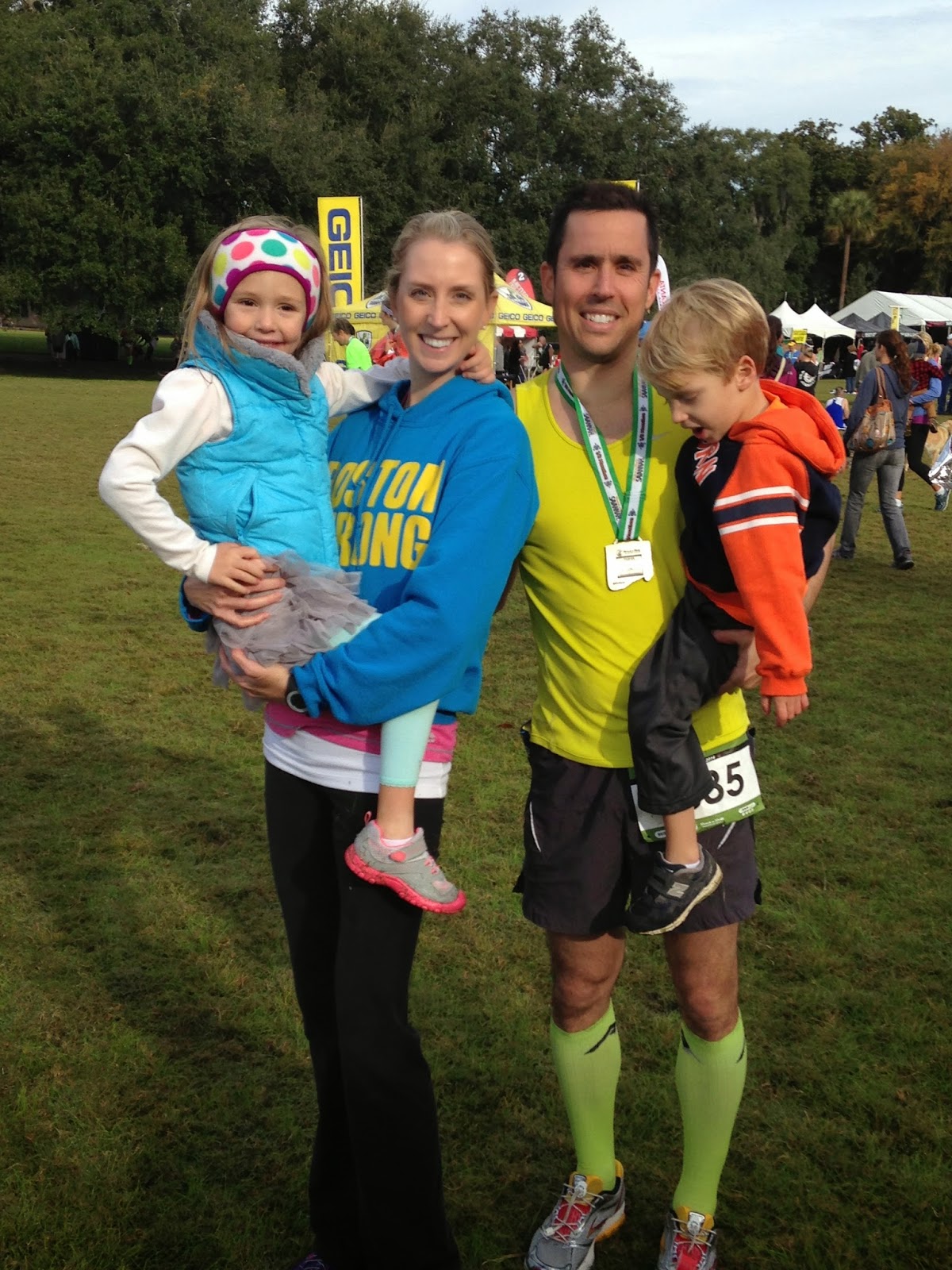 We had breakfast at the Original Pancake House and then let the kids play at the mall before heading back home in the afternoon. 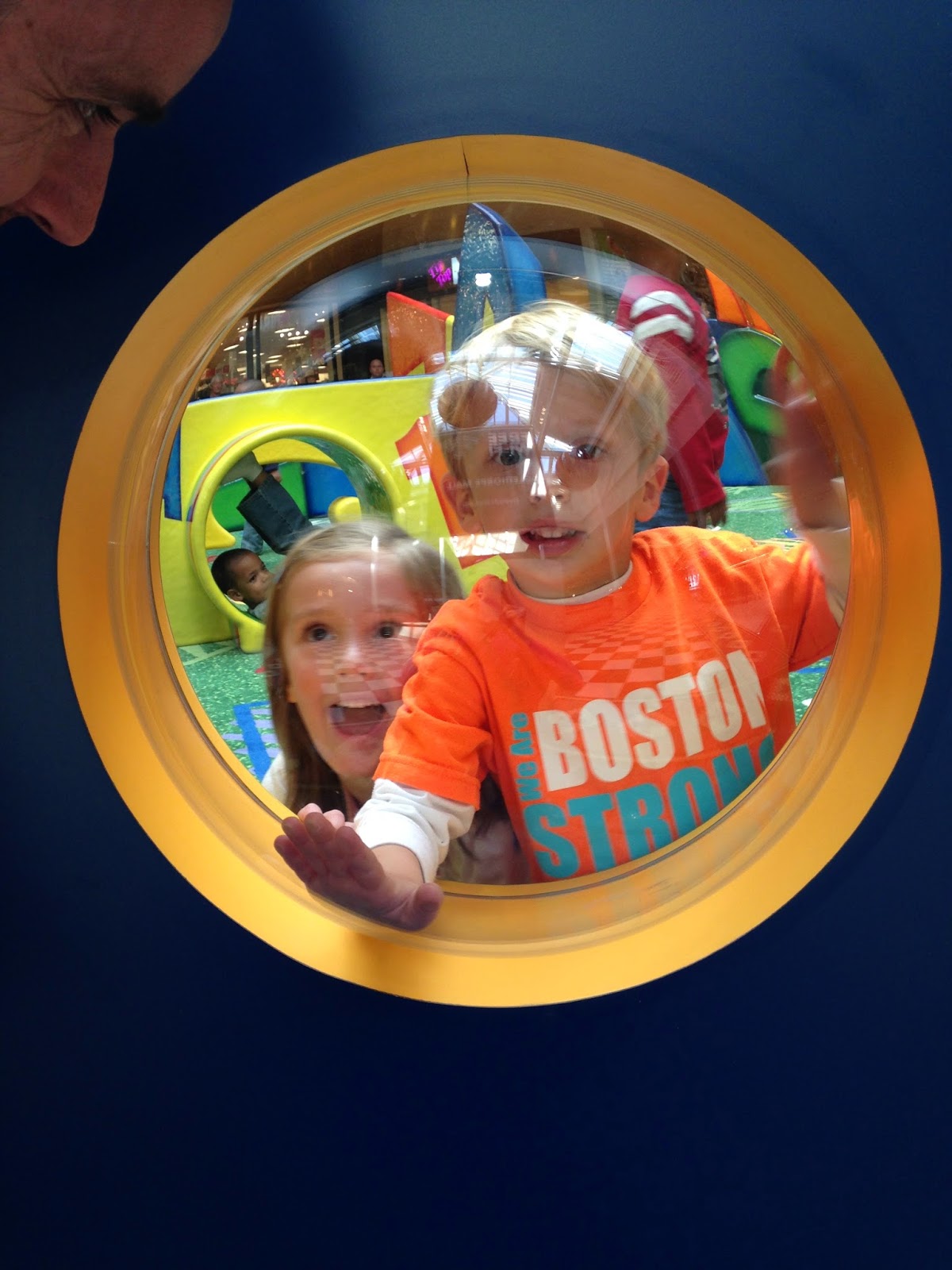 It was a very successful day, though I should mention one little detail. Joe told me after he finished the race that he was hoping to qualify for the New York City Marathon. I didn’t know about this, and he missed qualifying by 11 seconds. Eleven seconds!

You see, Joe has a new goal. {My husband operates on setting and achieving goals. So whenever I hear I new one, I know that he will likely do anything in his power to make it happen.} He wants to run “the big six”- or the World Marathon Majors. Boston, NYC, Chicago, London, Berlin and Tokyo.

One down (Boston), five to go…