Joe and I went to a conference in Plano last week. Meme came to babysit and conquered the first week of balancing the school schedules. {We flew out Monday afternoon, making sure we had enough time to take Joseph out for pizza on his first day of school.} She also had the fun of a power outage AND cleaning up after the little boy got sick in the car. The conference itself was great (glad I went along) and we learned a lot, but we also enjoyed a few days away. We ate good and did a little sightseeing. Great trip.

After reading Bill O’Reilly’s Killing Kennedy, I was glad to get the chance to visit Dealey Plaza, the location where Kennedy was assassinated. 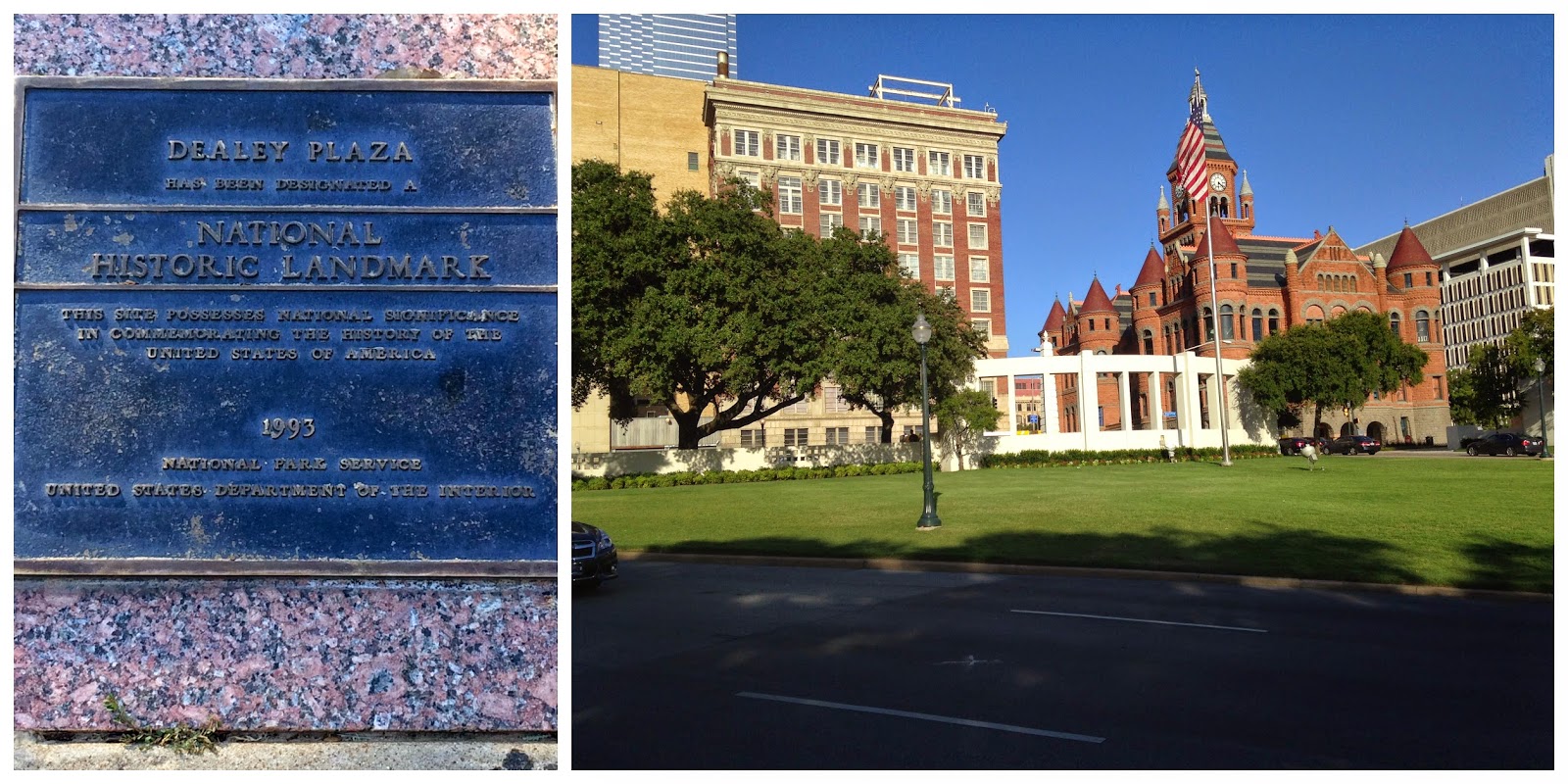 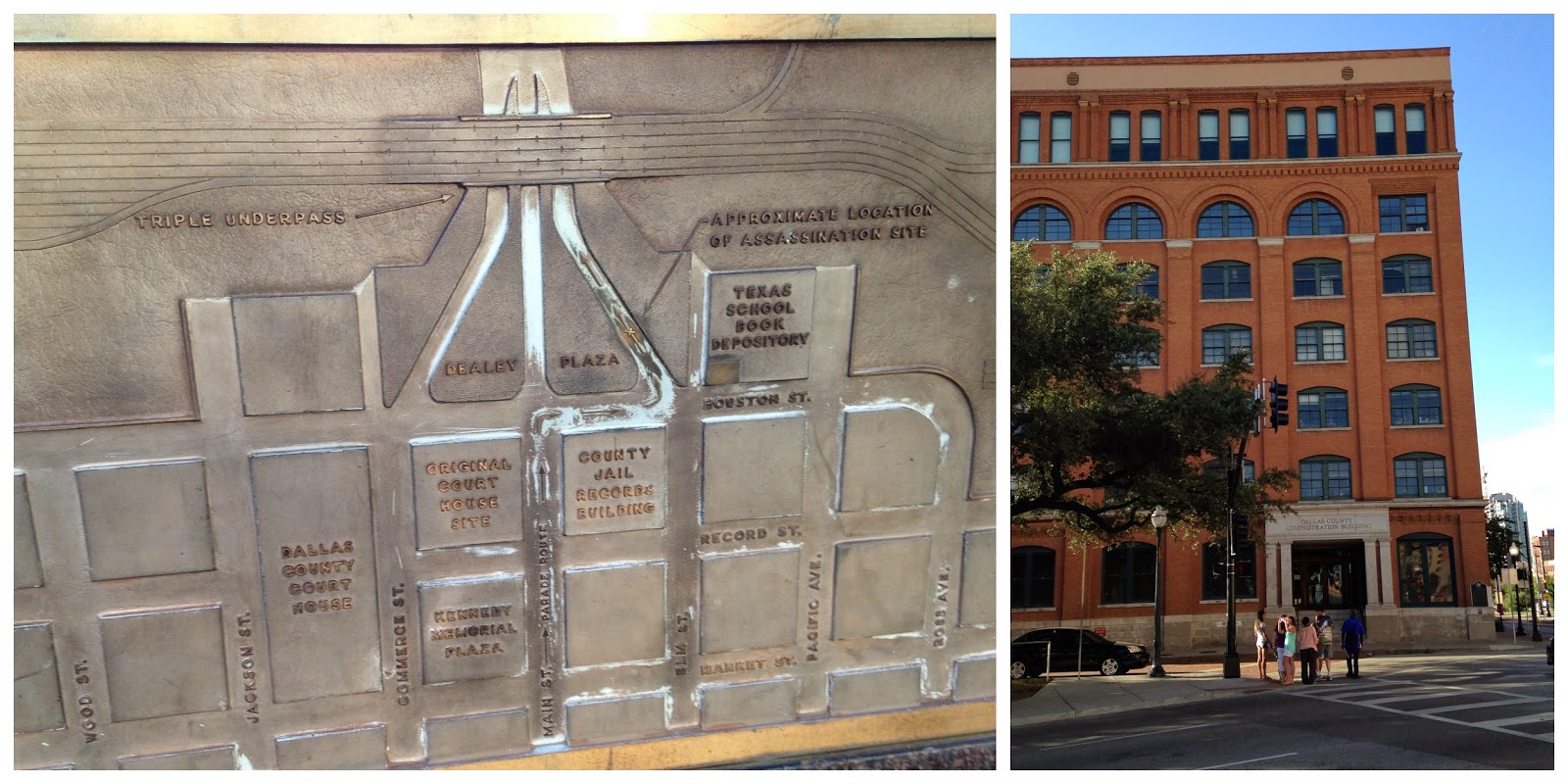 There are plaques and signs denoting key areas, making the scene from 50 years ago come to life. The Texas School Book Depository is the building on the right in the photo above. It was concluded that Lee Harvey Oswald fired his rifle from the sixth floor (square window at the end, visible above). 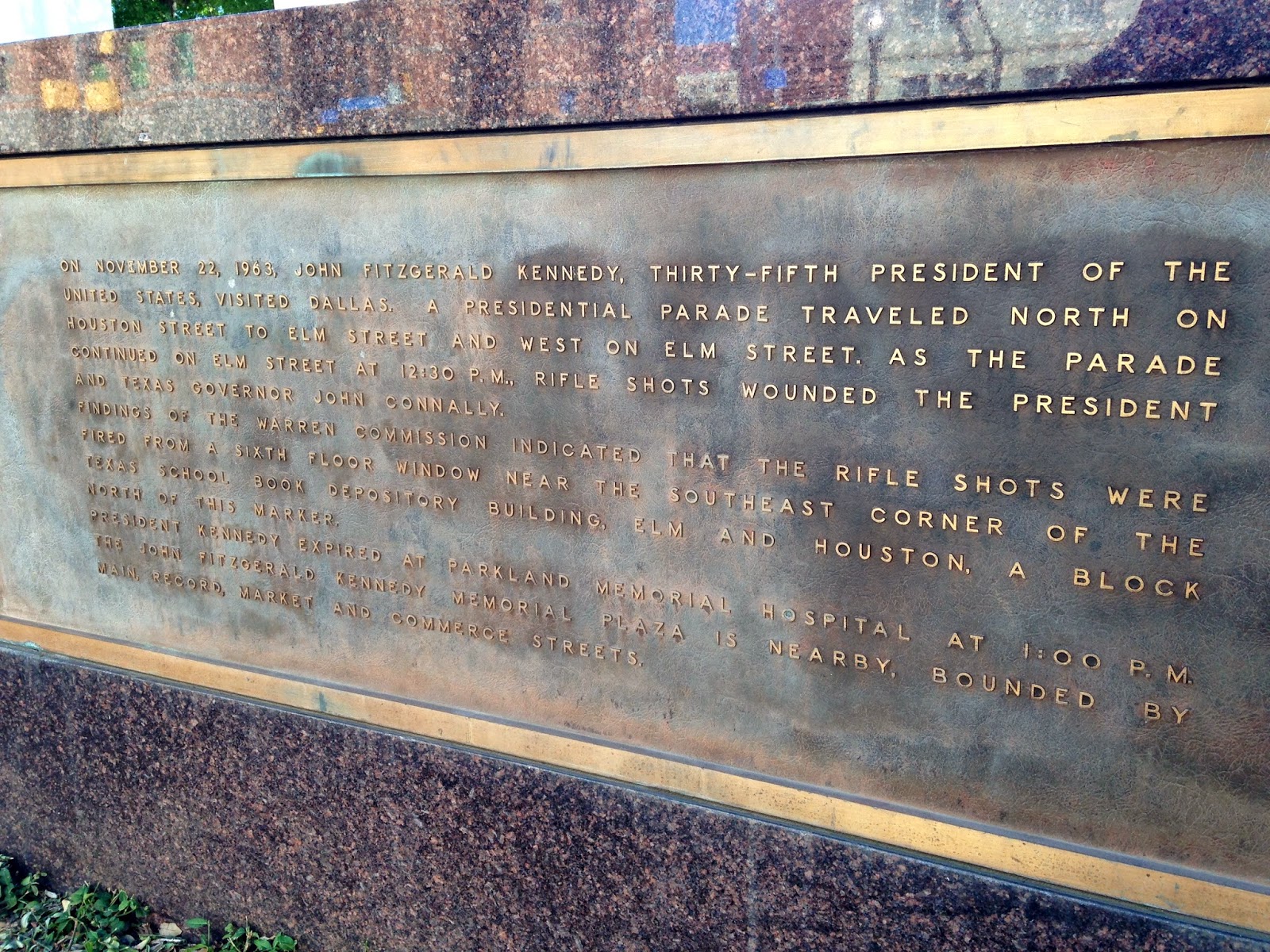 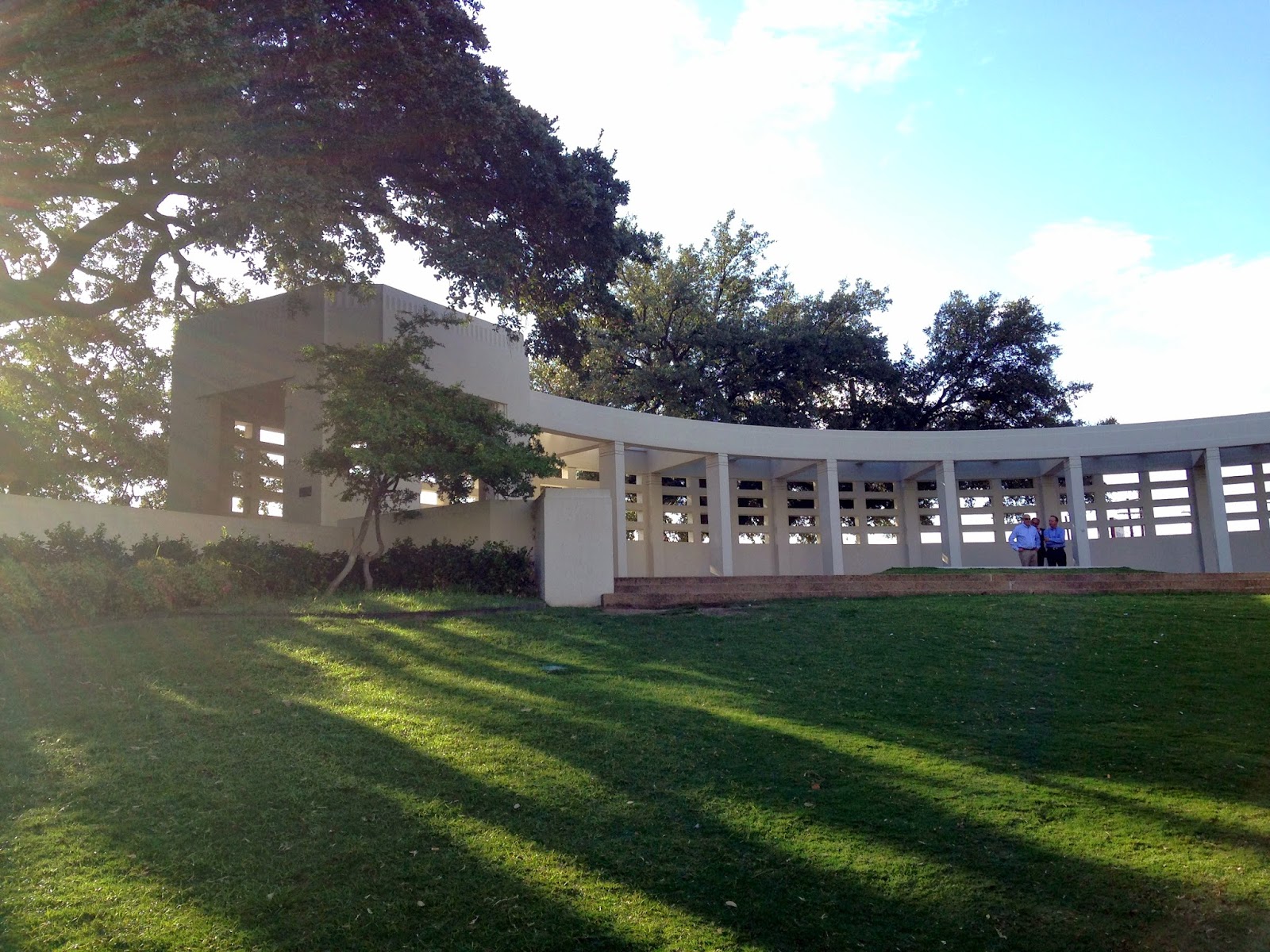 The stone pedestal in the photo above was where Abraham Zapruder stood. He was the only photographer known to have filmed the entire assassination.

The X on the street below is where JFK was when the shots were fired. 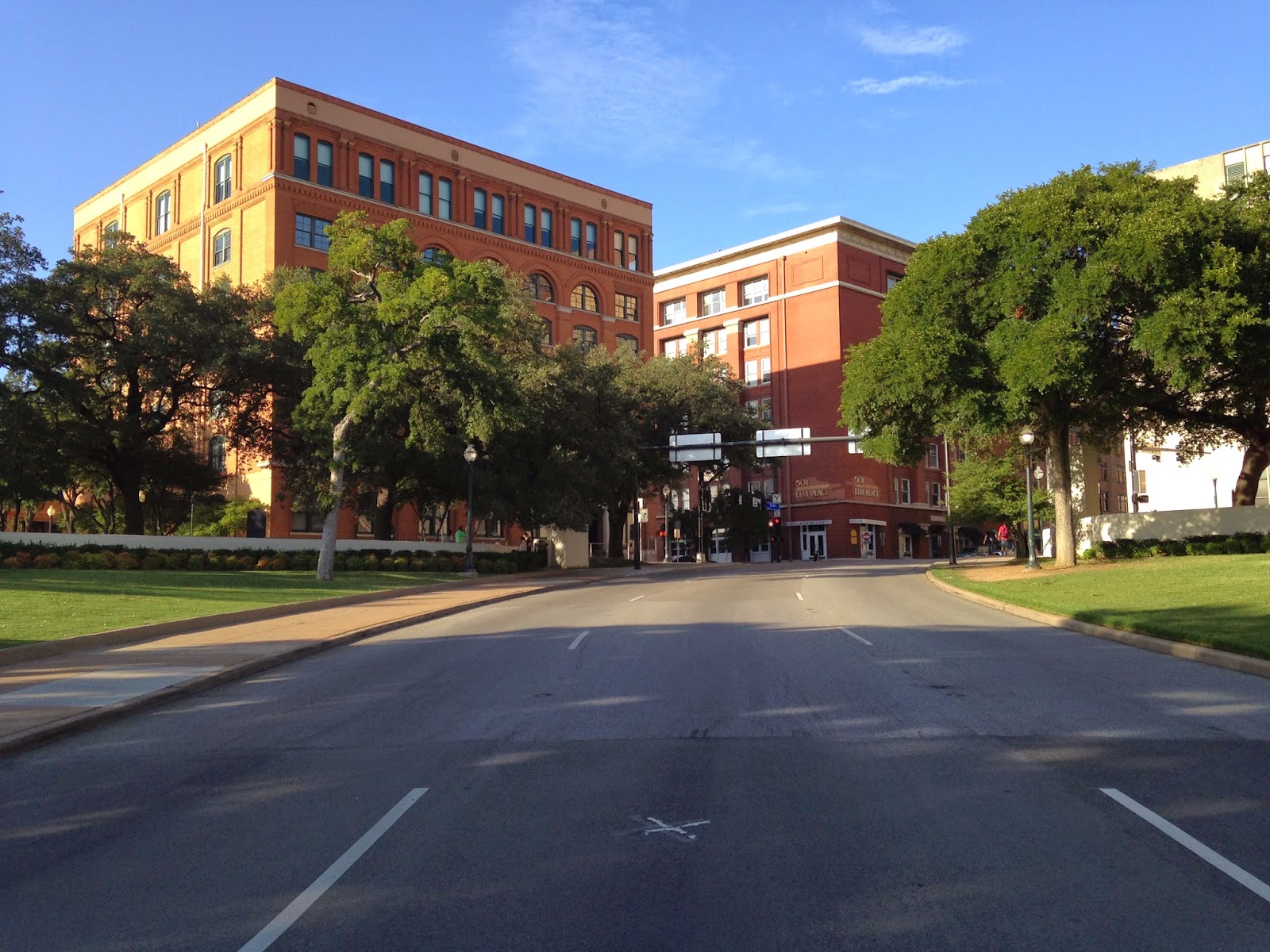 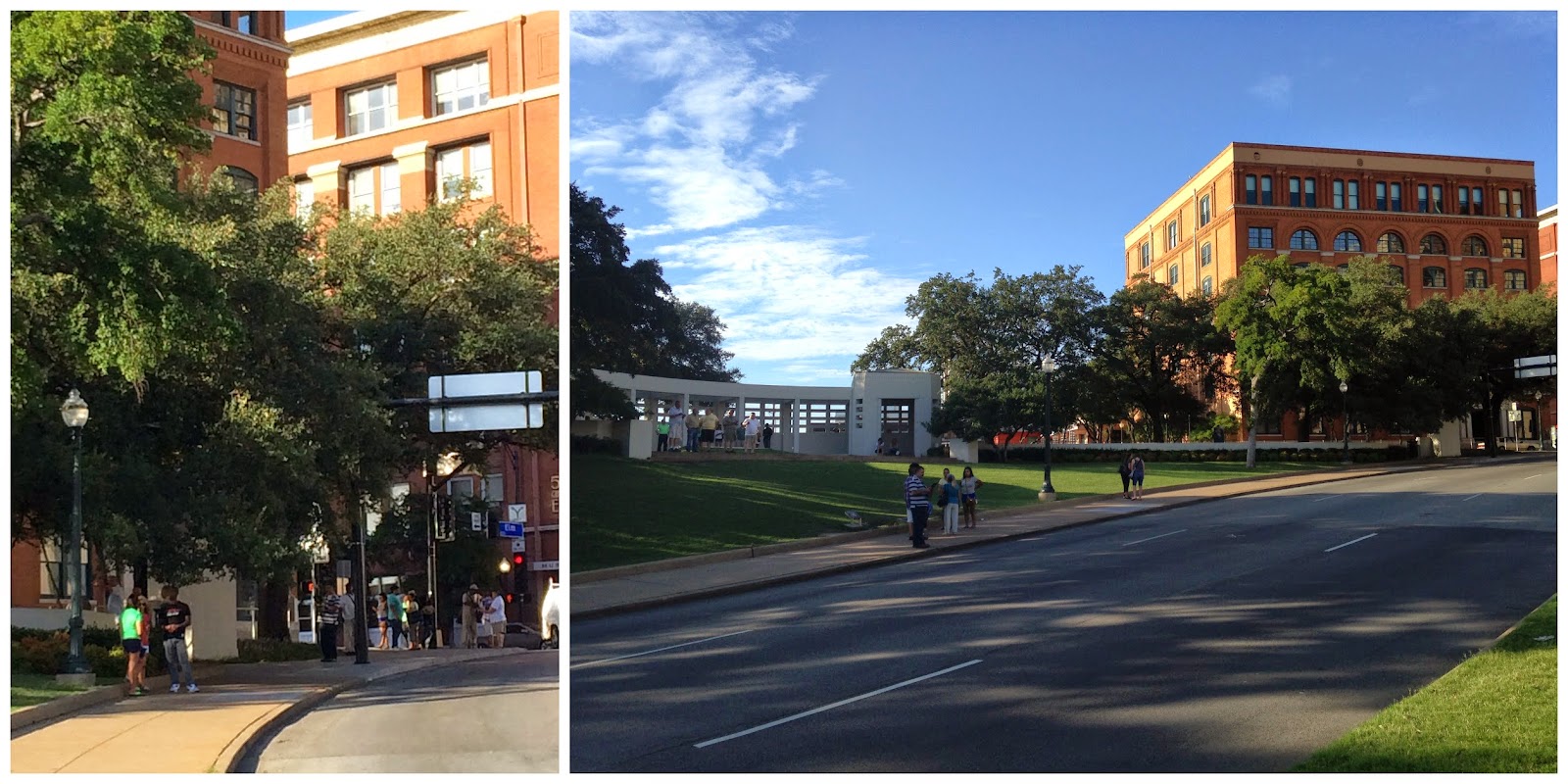 After our history lesson, we ate dinner at Javier’s, an authentic gourmet Mexican restaurant in downtown Dallas. We didn’t realize we needed reservations, so we took a seat at the bar – which actually ended up being a great place to sit. Fabulous atmosphere and delicious food. Highly recommend if you are ever in the area! 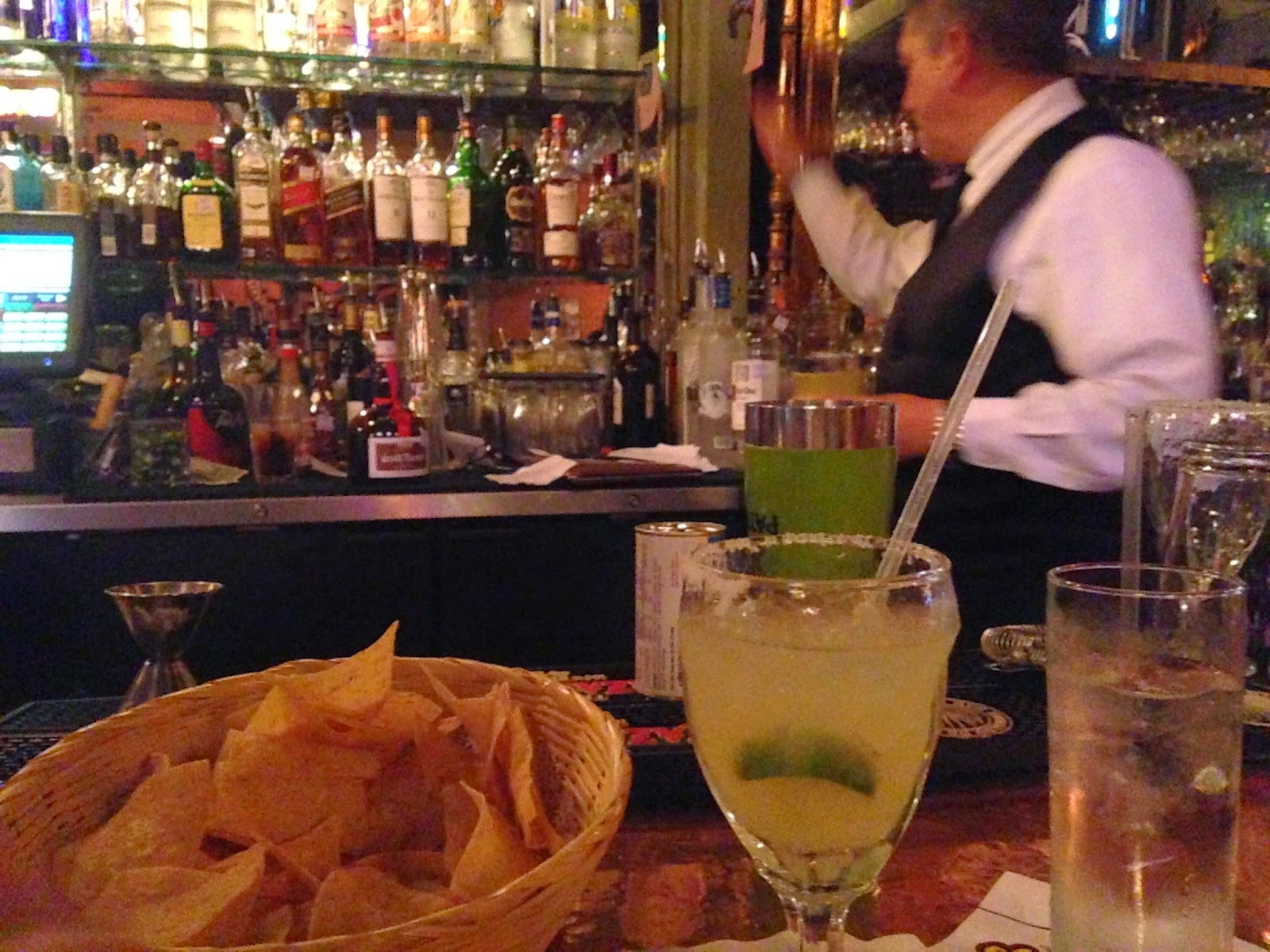 Our second morning we went for a run. The sky was beautiful but the point of the pictures below were to share with the kids. They love things like big water towers and electrical wires. 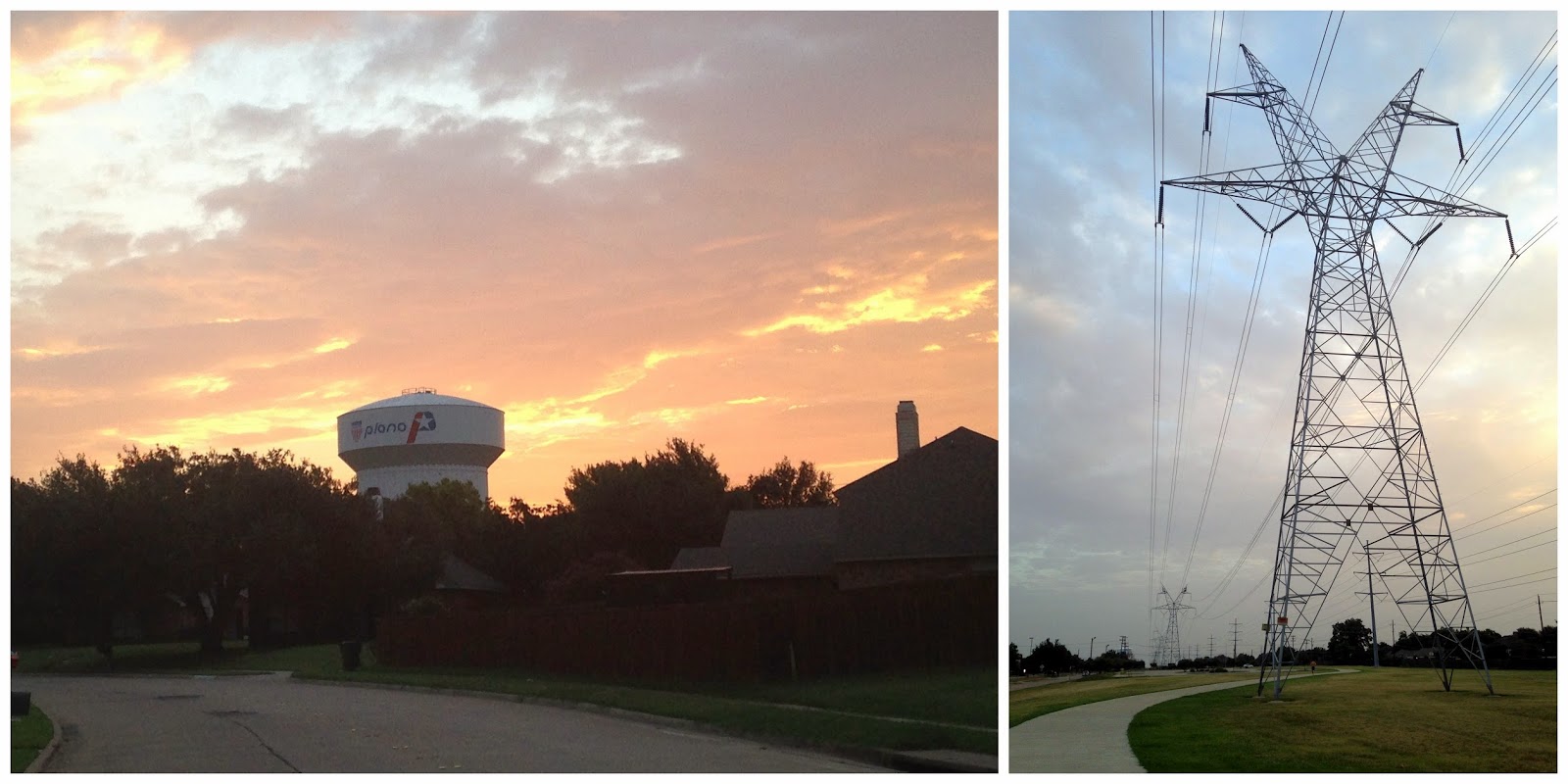 We FaceTimed every day. Joseph doesn’t stay still (and actually makes you nauseous to talk to), but his sister is always good for a smile. 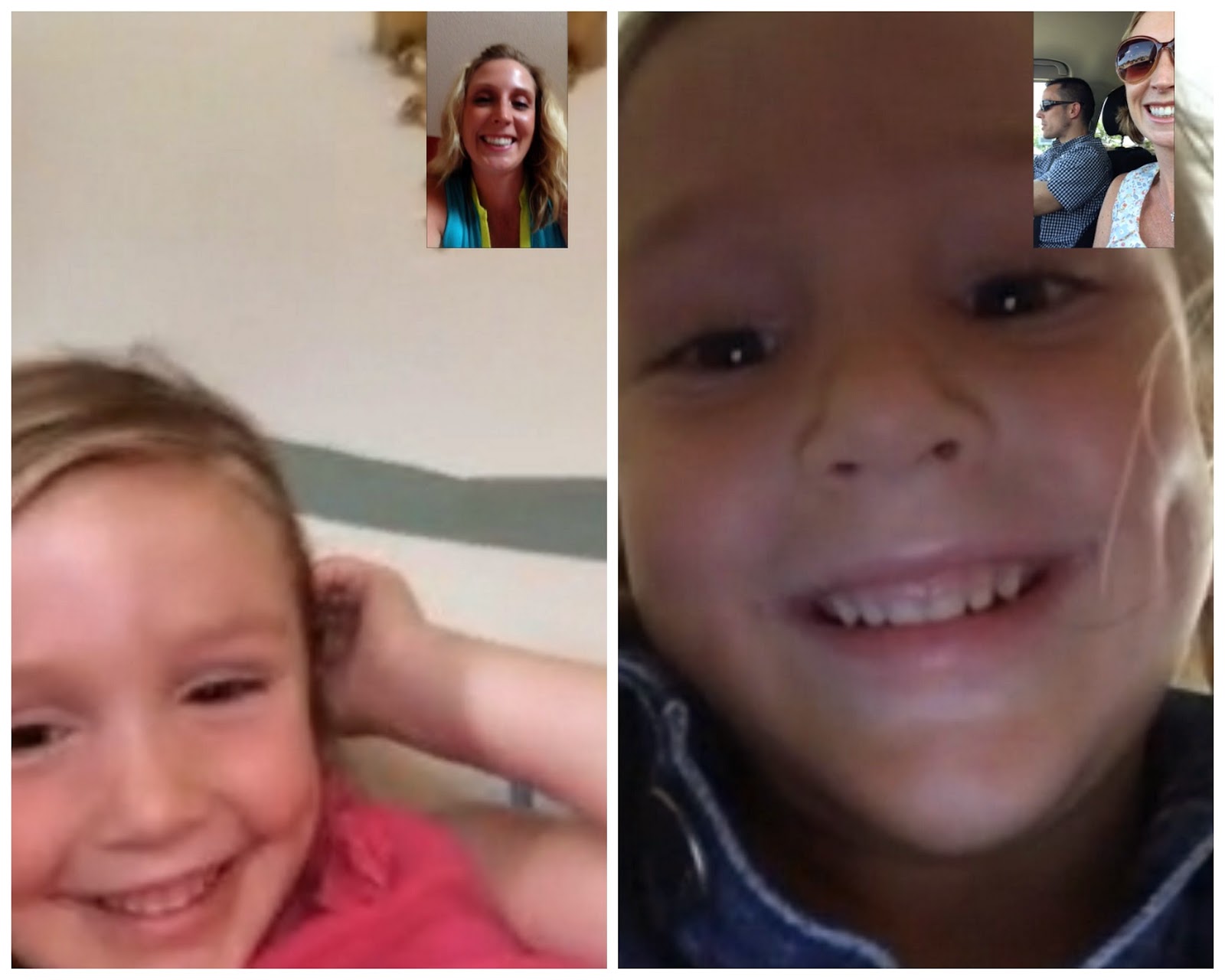 We brought home souvenirs from Cavender’s. 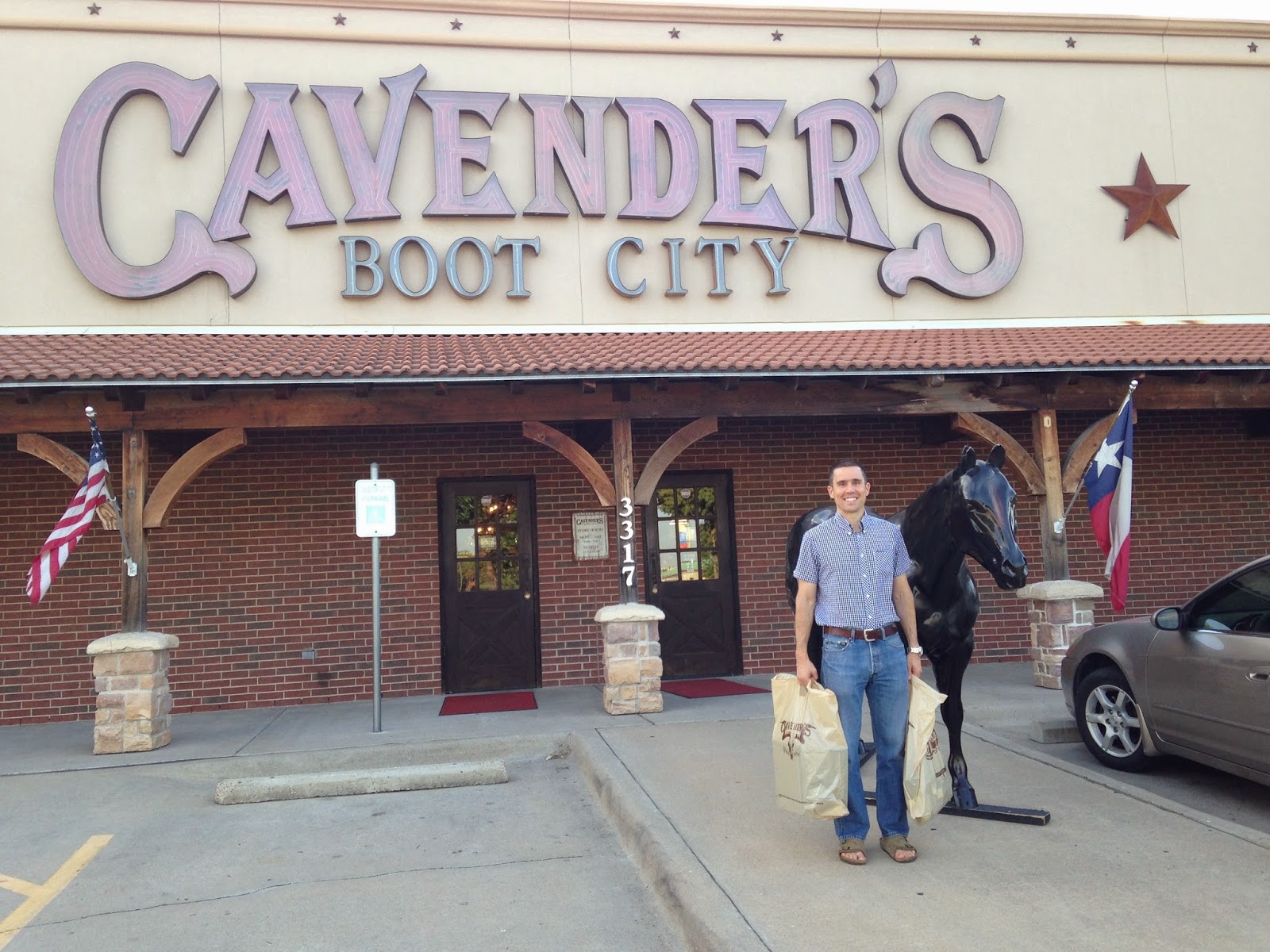 And Meme sent us pictures… 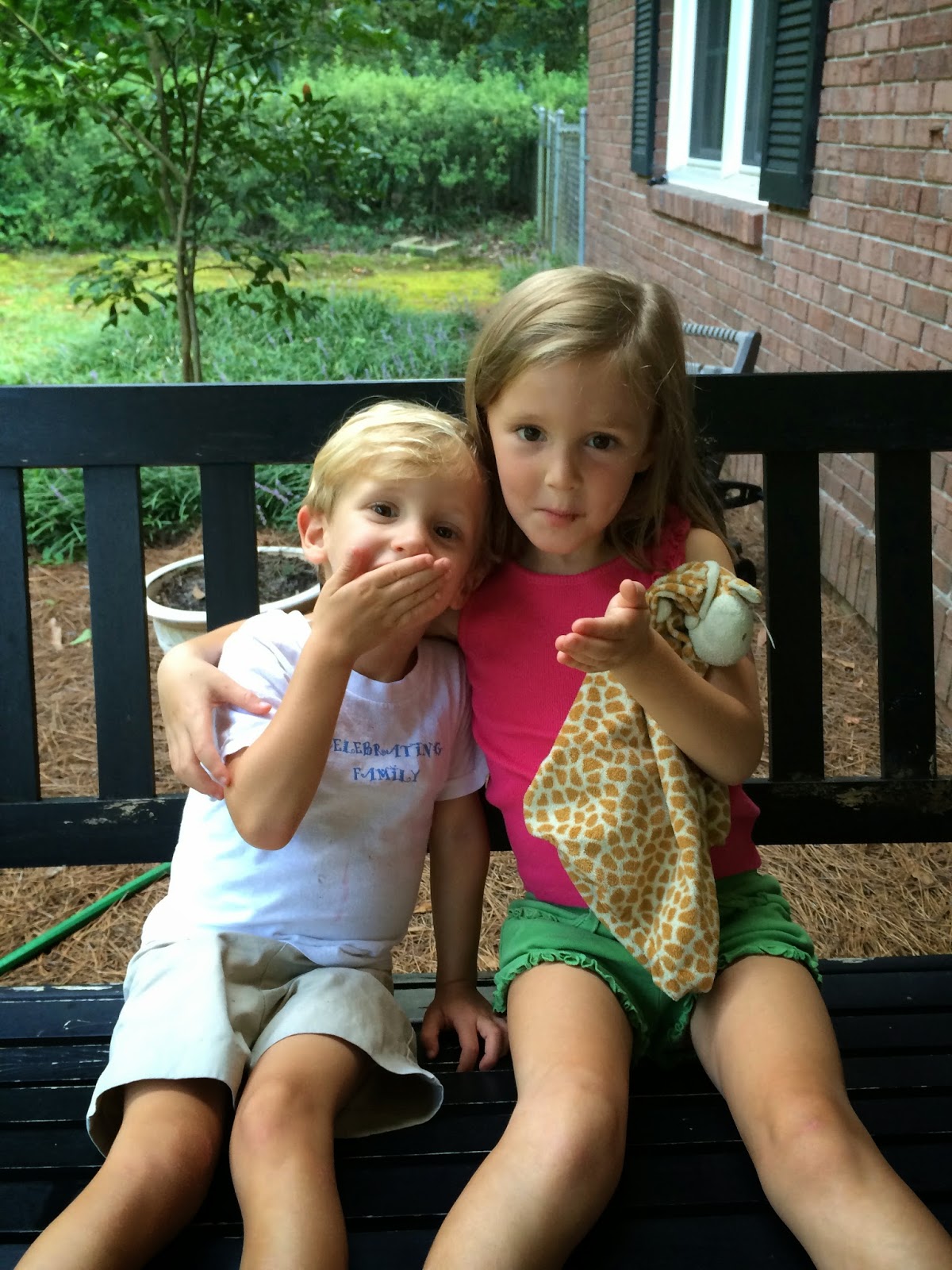 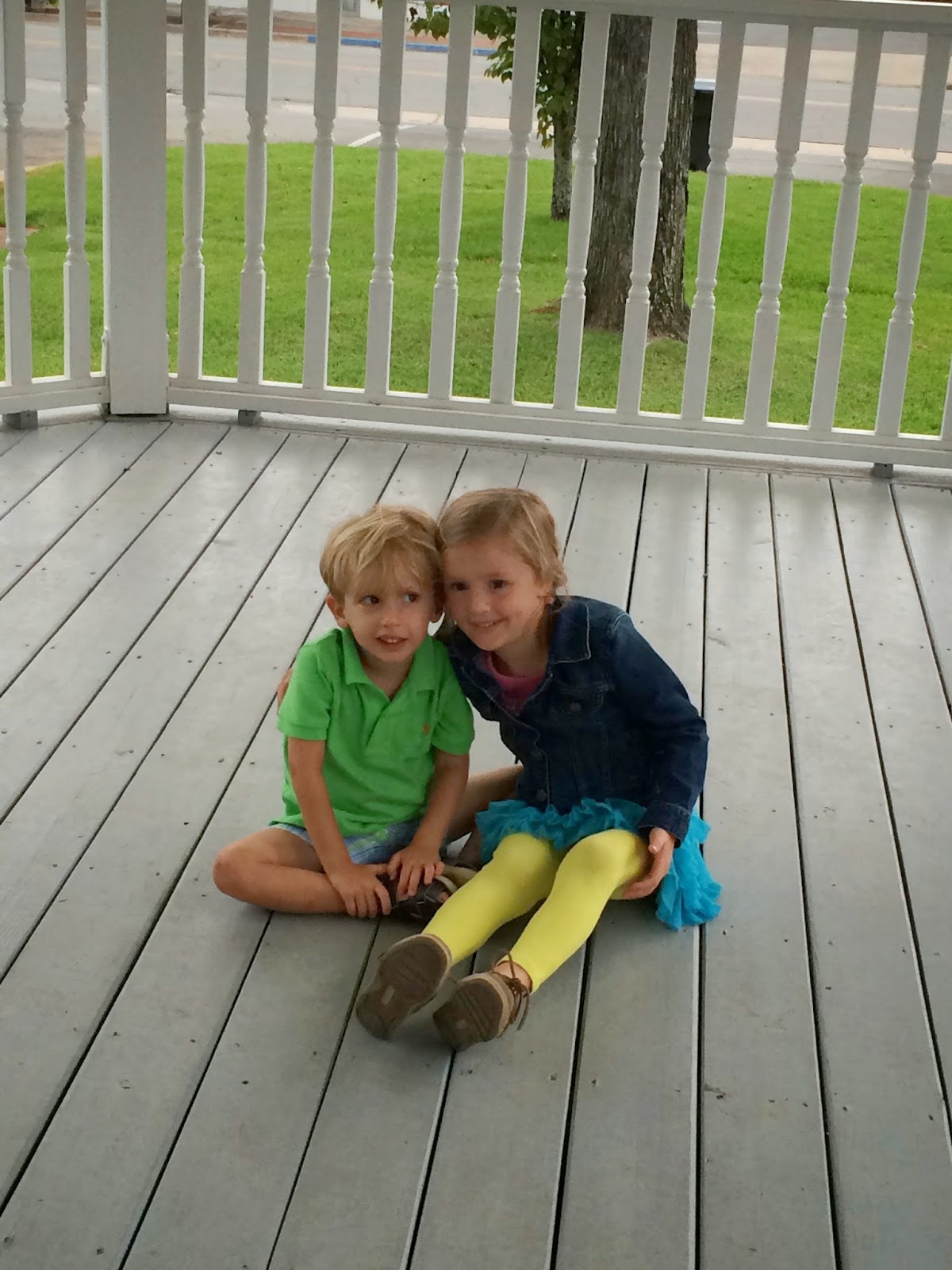 We got home late Thursday night. There were little pink and blue footprints telling us where to go… 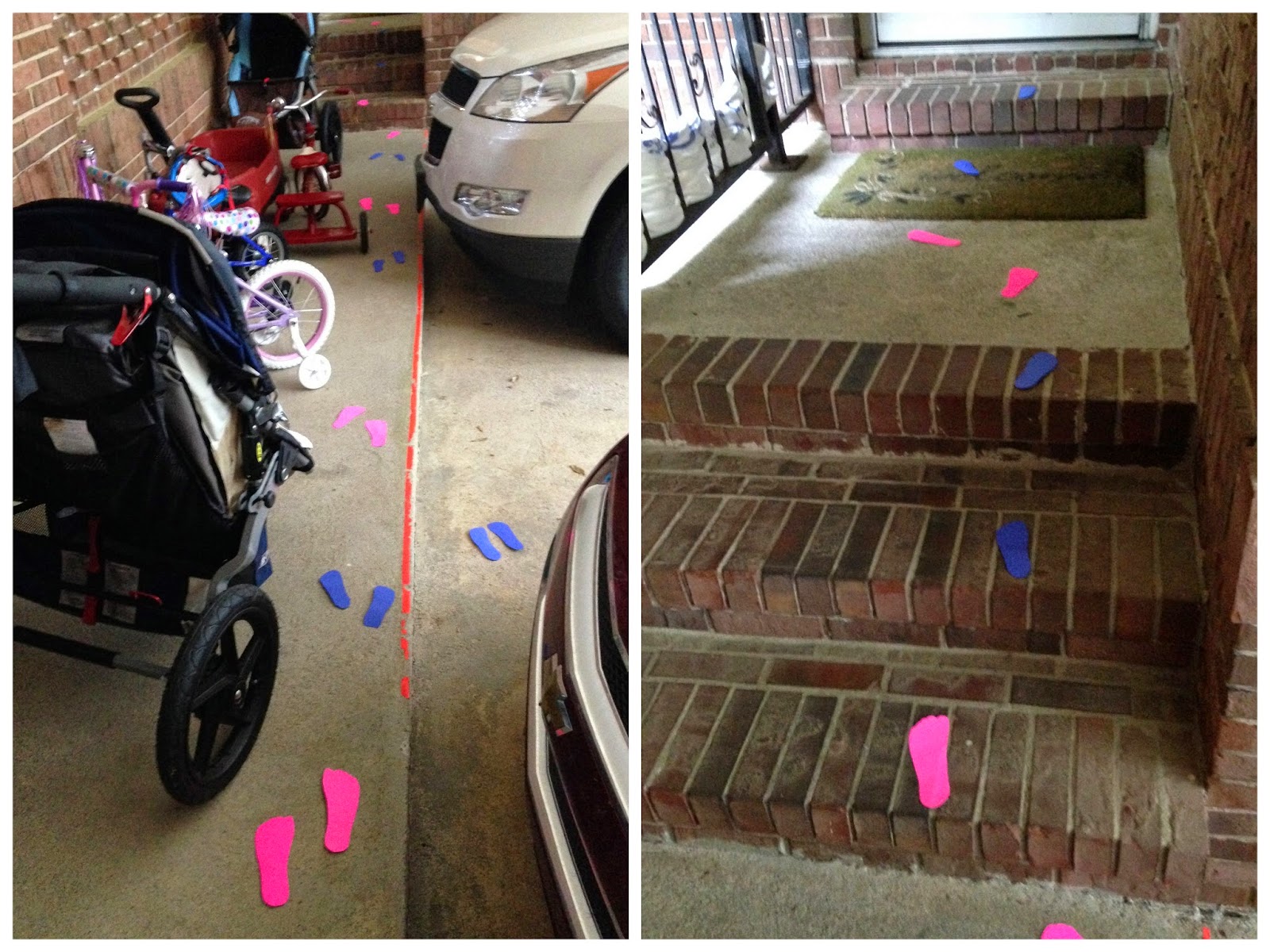 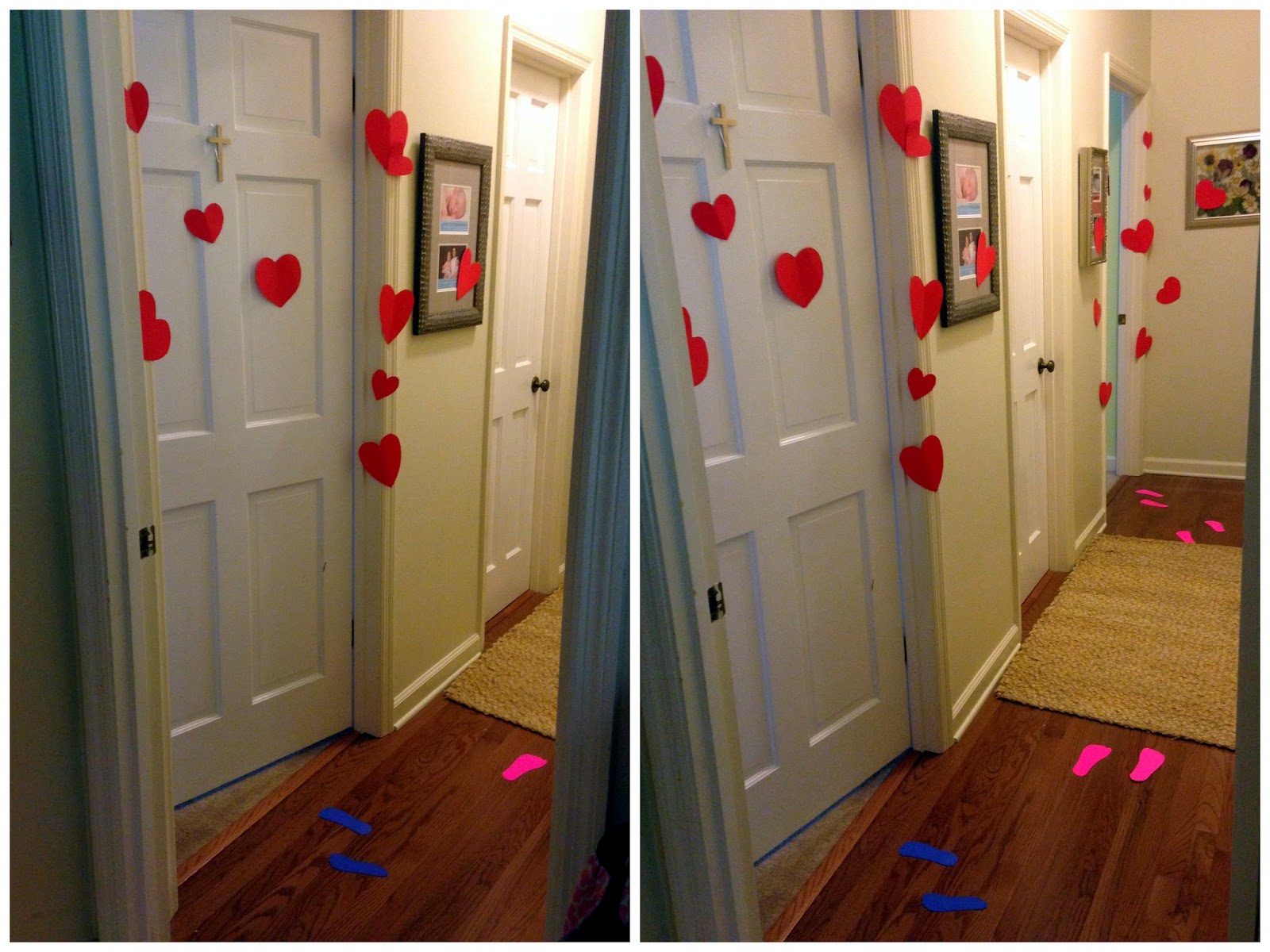 Monkey stayed up waiting for us, of course.

The next day, both little ones were very excited when they opened their “real” cowboy boots. 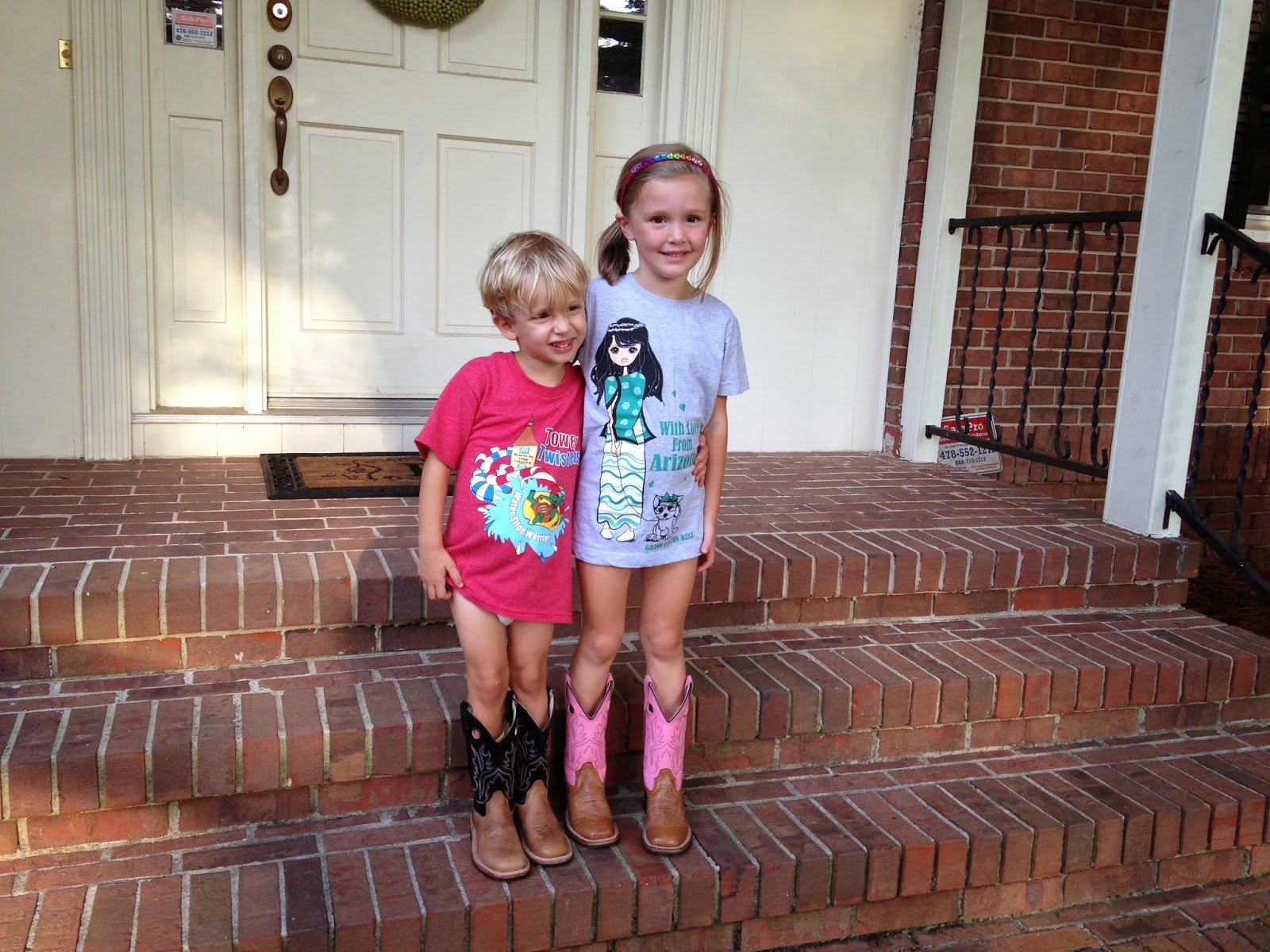 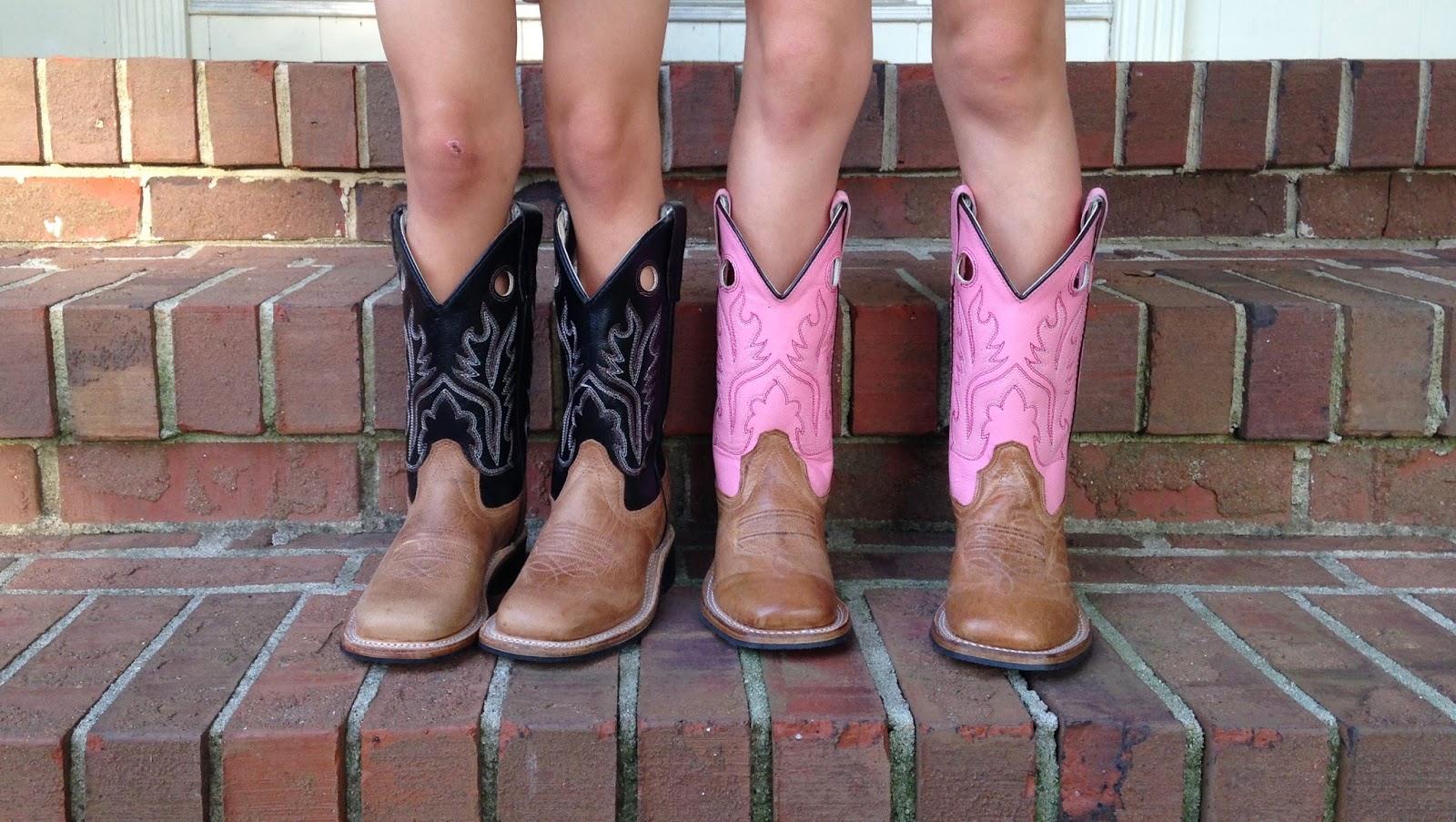