I had this post mostly done but forgot to publish it. Joe and I went out of town and I just realized. Oops. Behold, some cute pictures of my little guy (and one of his sister)…

At the end of last week, as I was putting Joseph down for a nap, he told me he didn’t need a nap. “I not tired… I not seepy!!”

Thursday, I heard him talking and playing quietly in his room over the monitor. After a while I noticed it got really quiet. Didn’t see him in his bed on the monitor so I went in his room (a little concerned: when my little boy is quiet it often means he is up to no good) and found him like this: 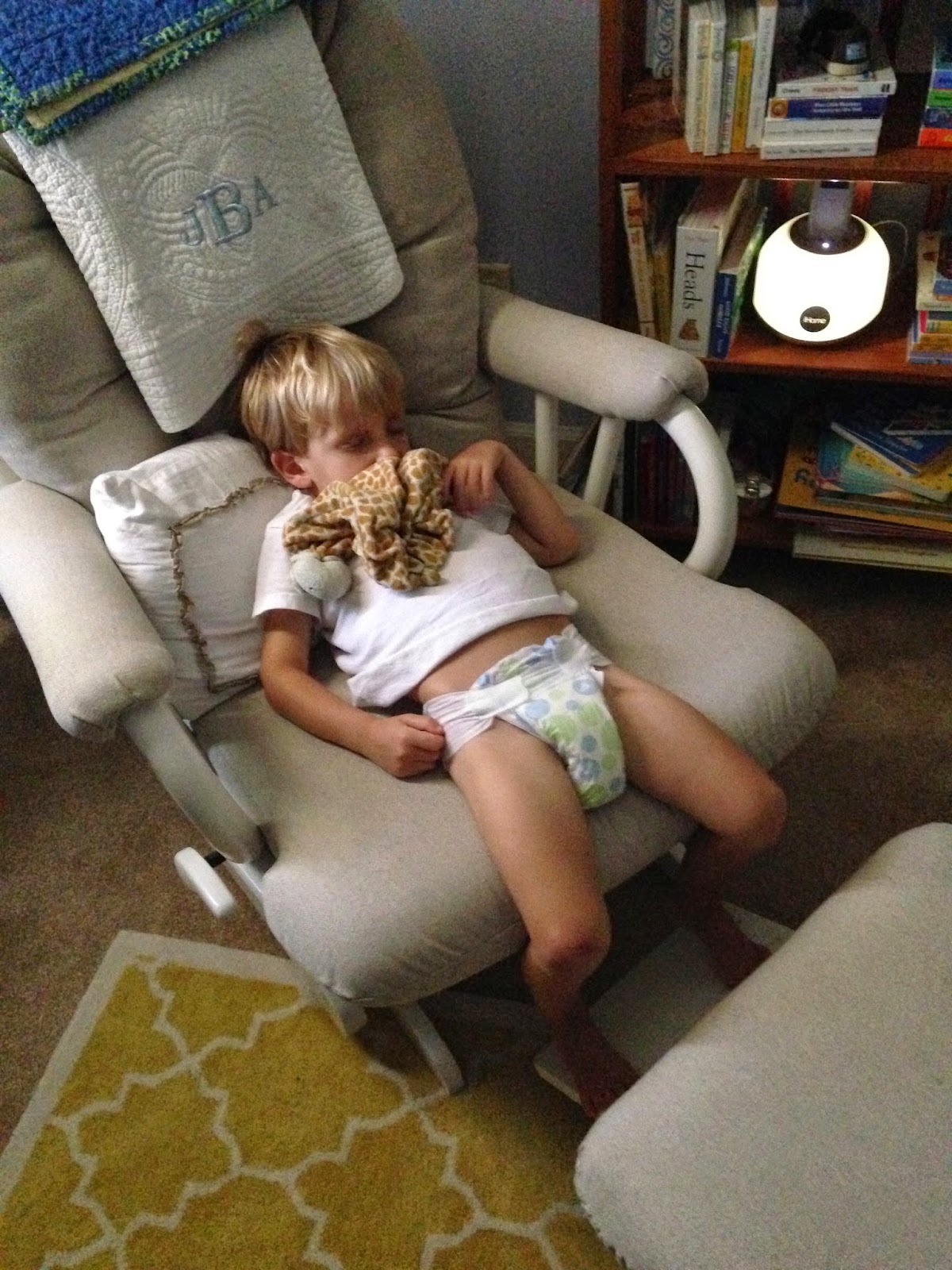 Same story last Friday. Joe found him like this: 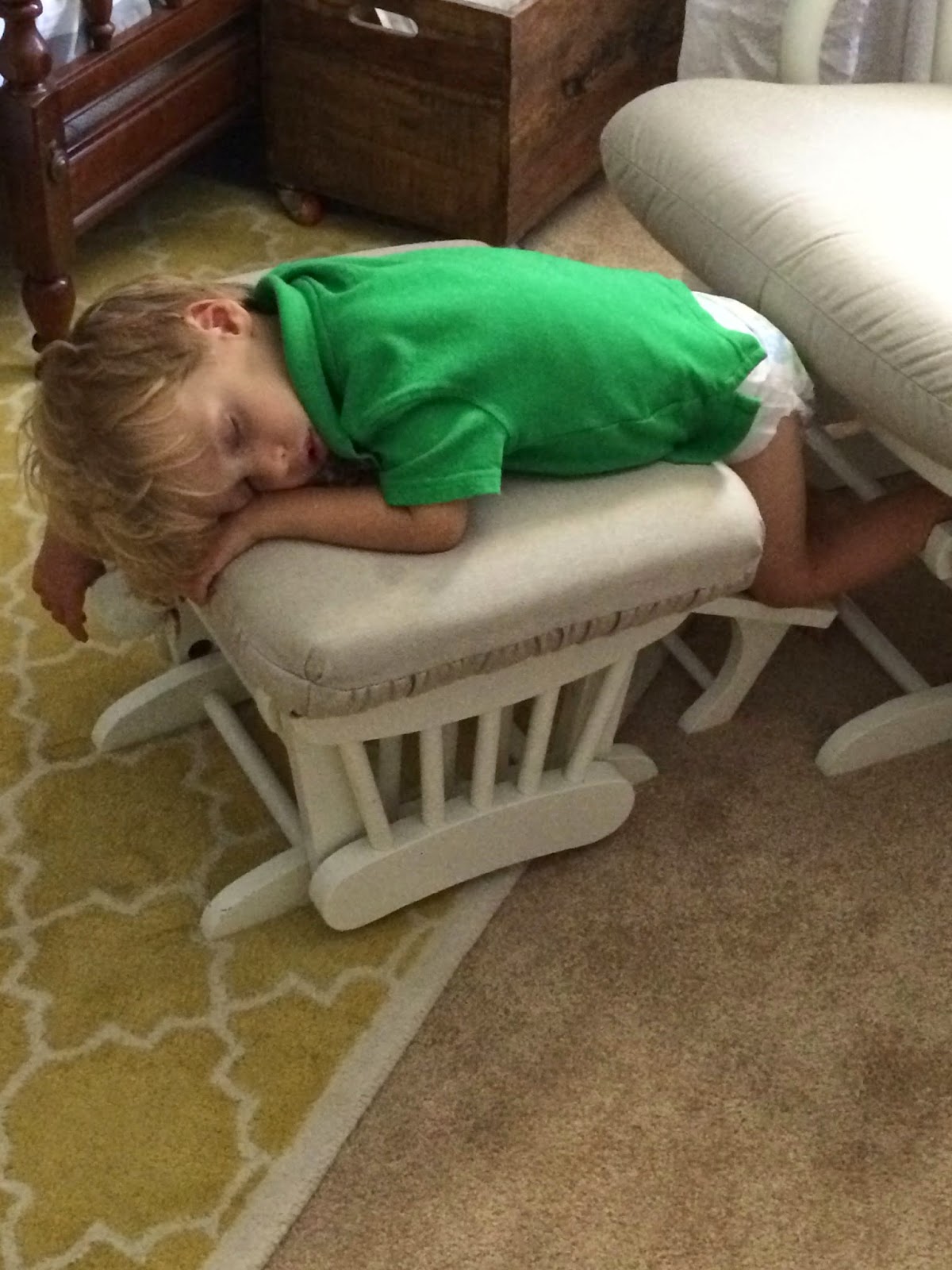 But he did have an exciting morning. Meeting his teacher and checking out his new classroom at preschool open house. 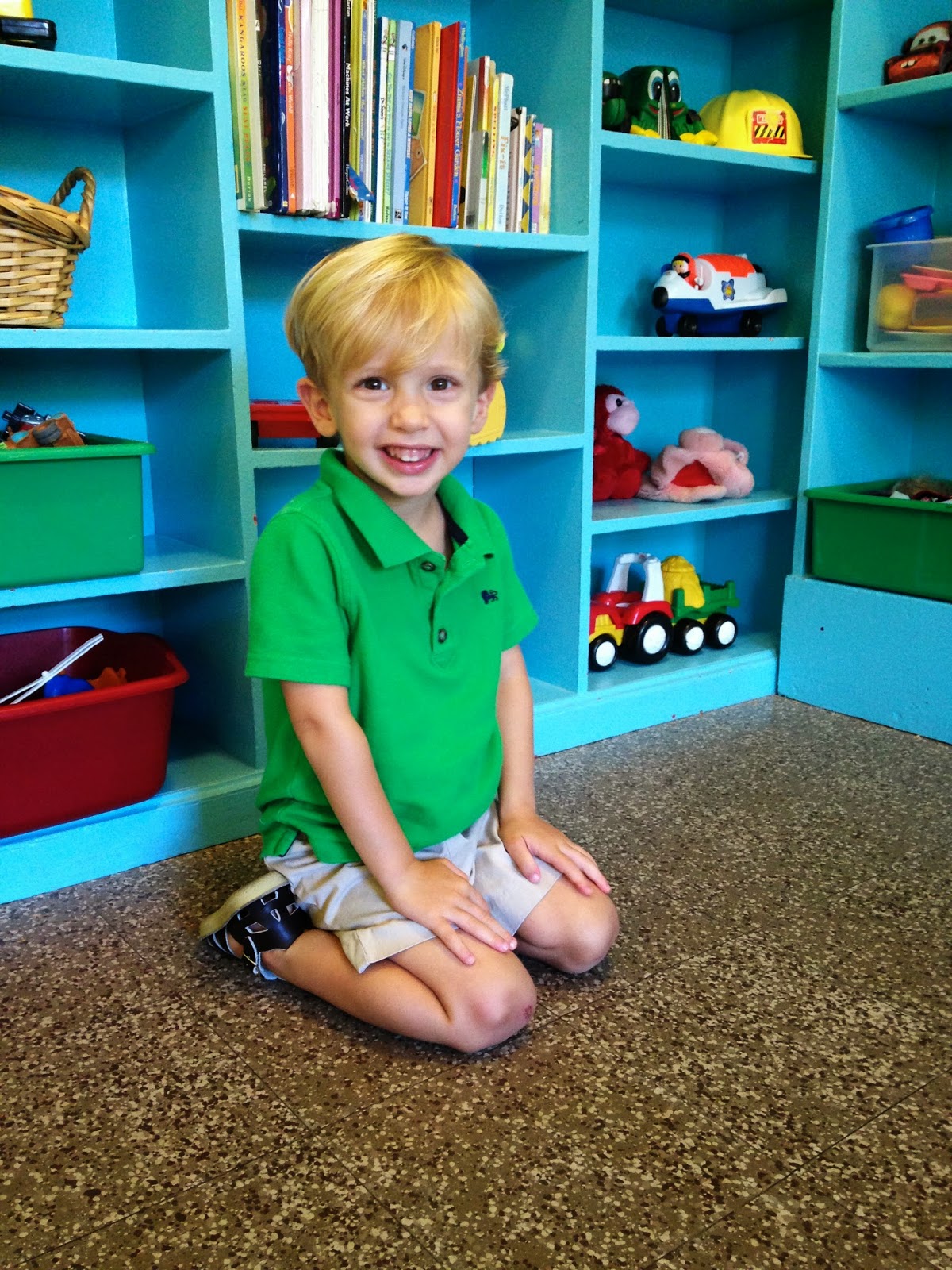 Monday was his first day of school. 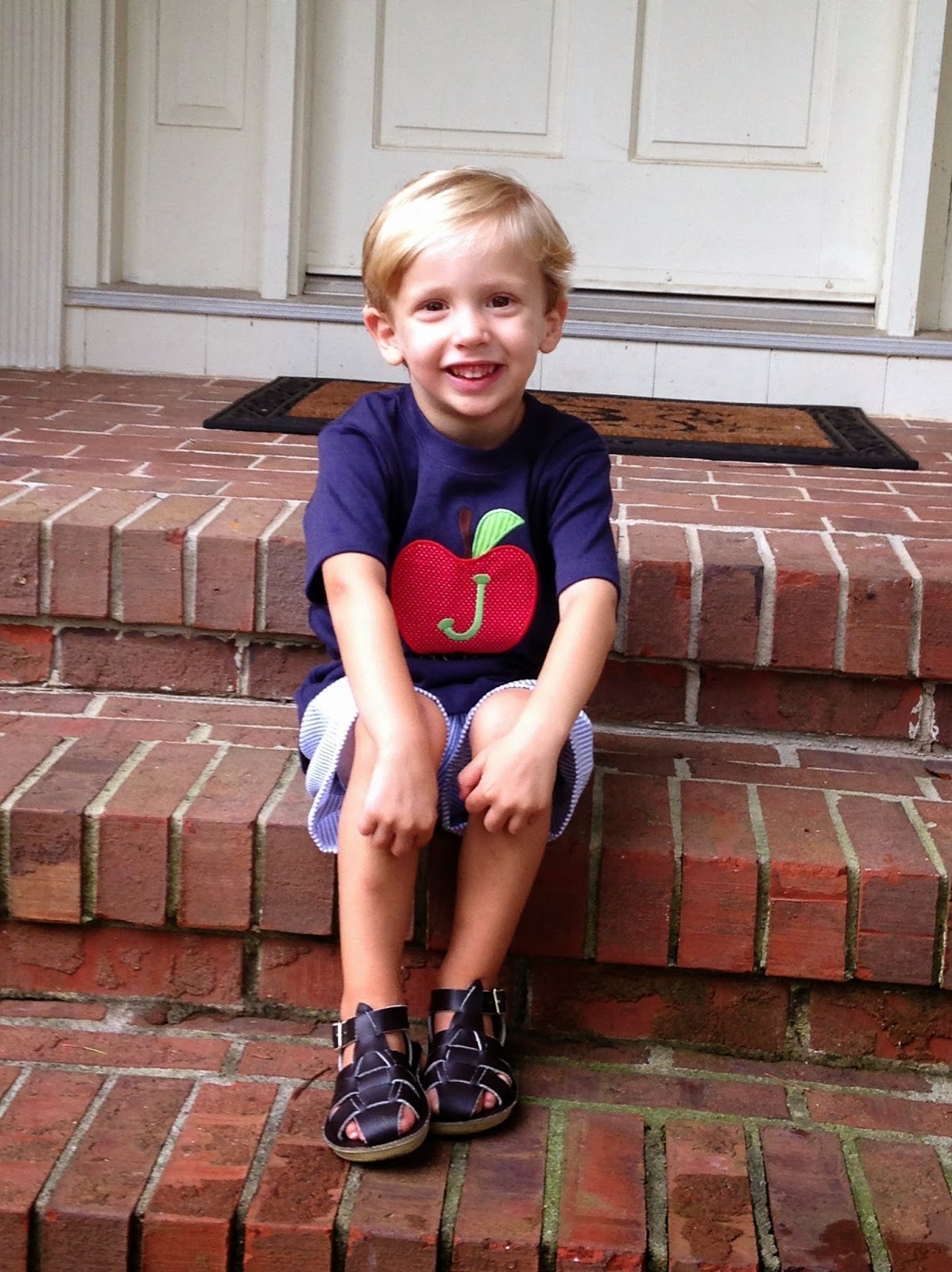 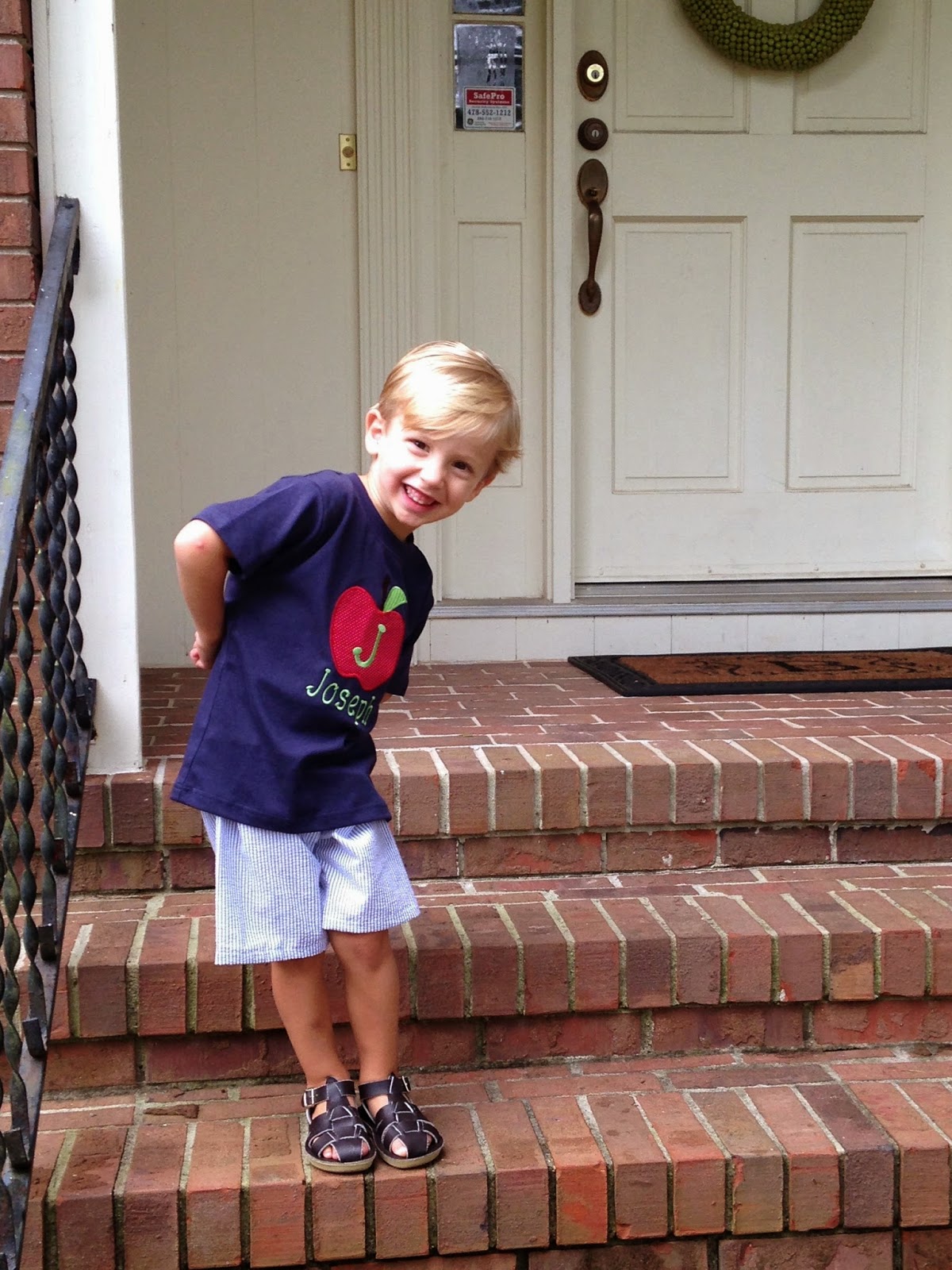 He wanted to take his own picture but I made sure to get mine first. 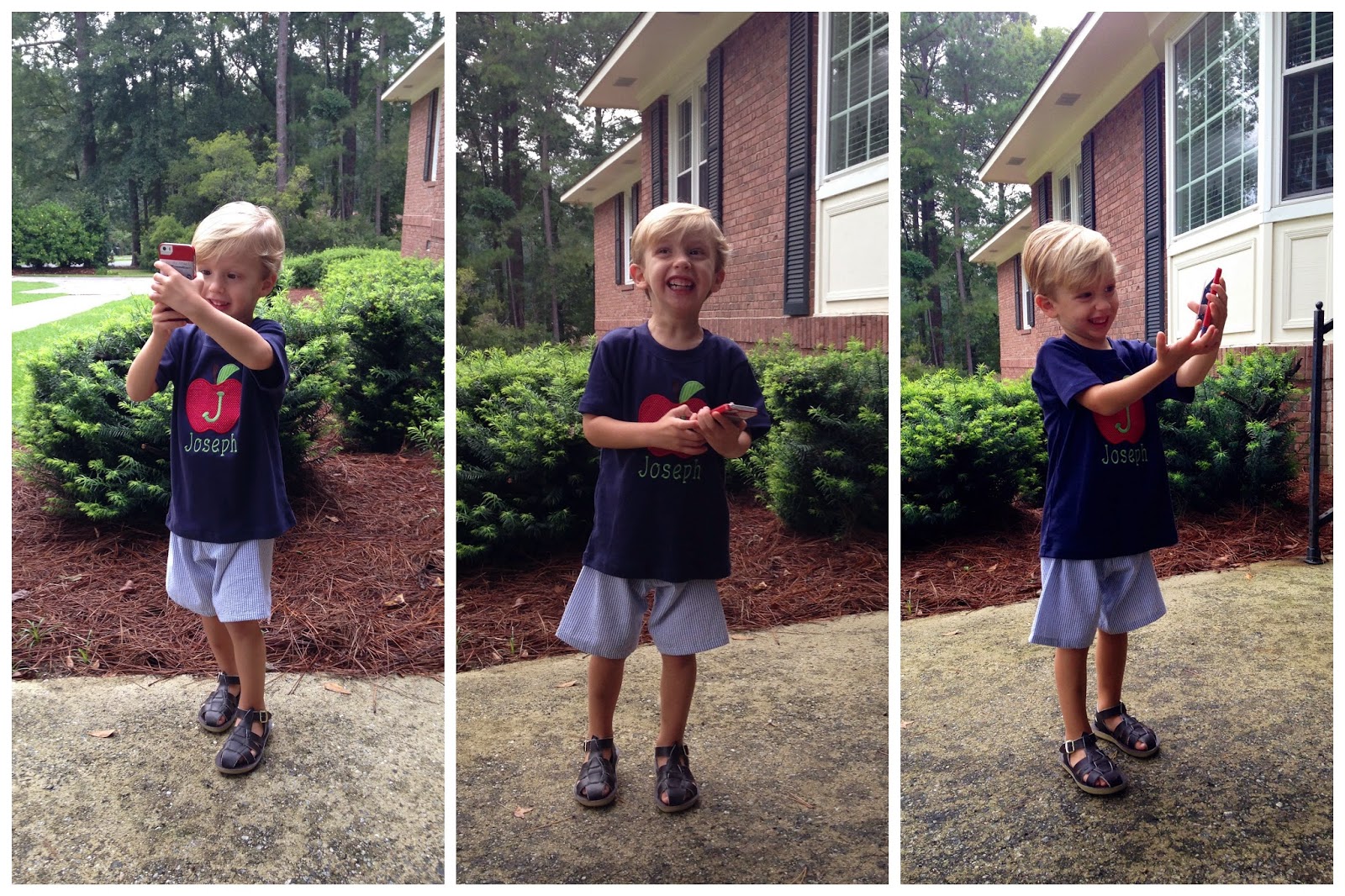 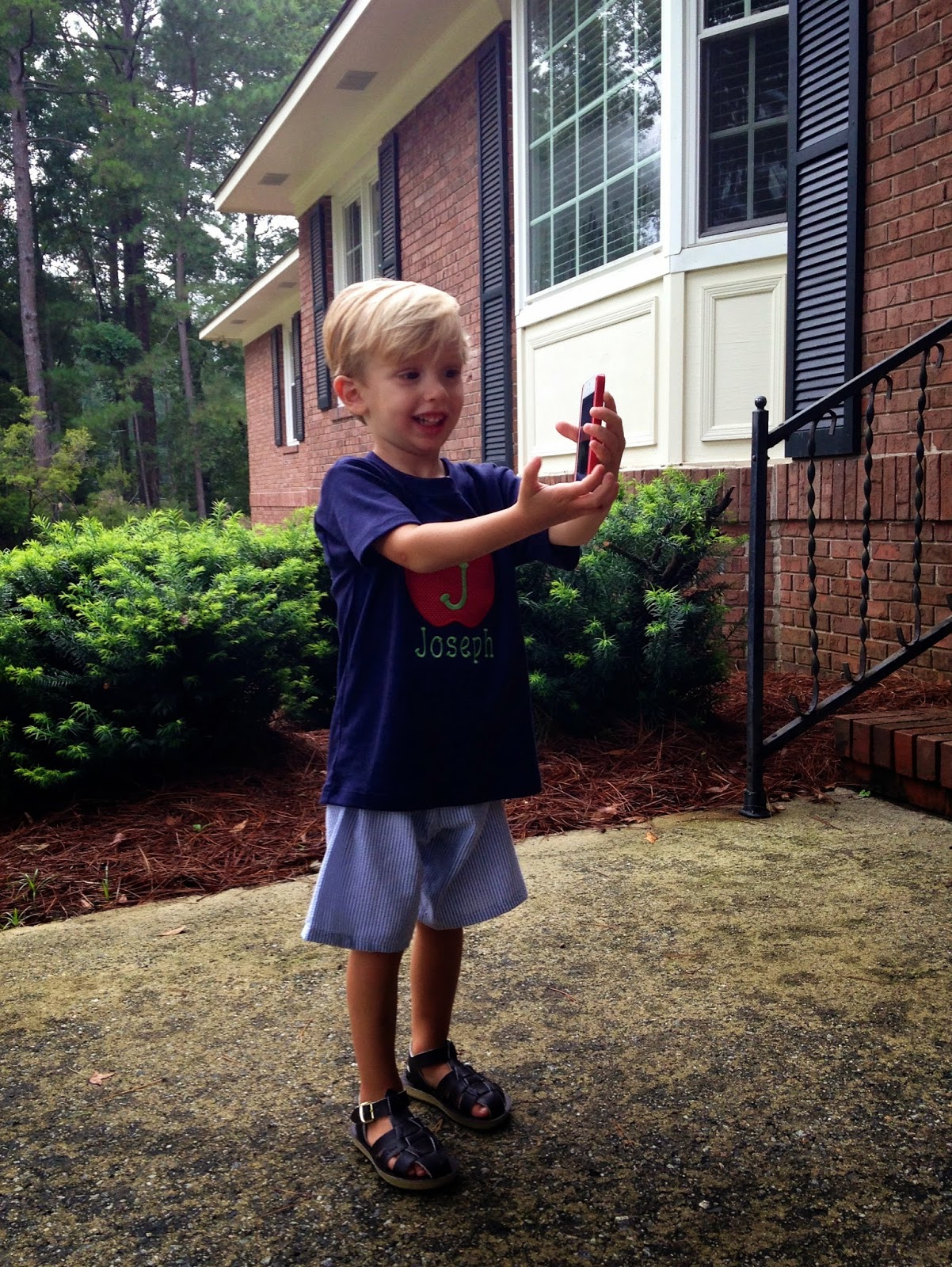 Hannah had her first show-and-tell last Friday. The letter of the week was H. I’m not sure why they started on H, but there probably is a good reason. She put together a picture of cut-outs she found in a catalog for hat, hair, horse, drew a heart, and traced her hand. Then she took “Lila” her little FAO Schwarz horse “from her uncles” to show the class. She was really excited when I dropped her off. 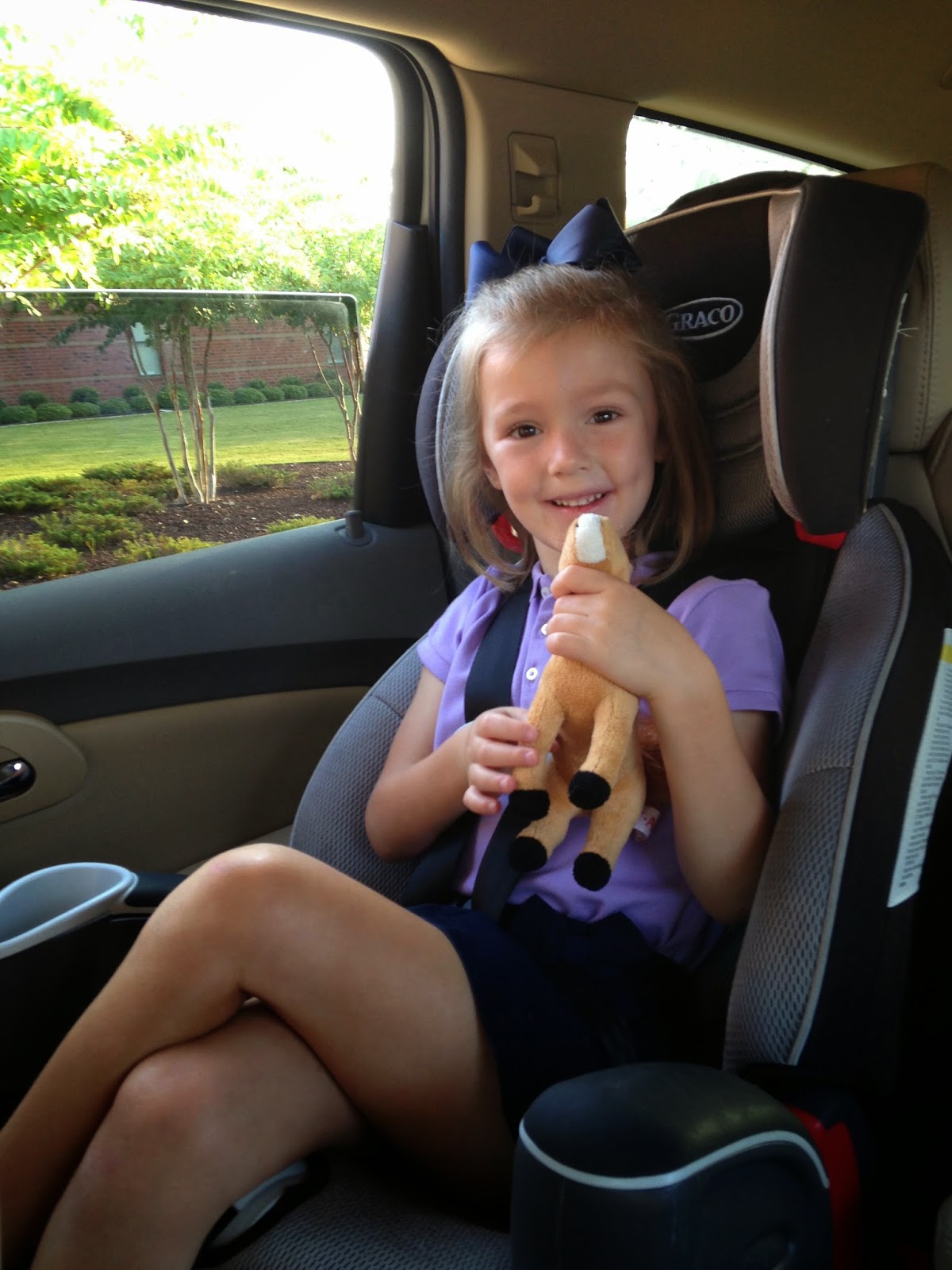 Her letter this week was B. She brought in Buzz, her yellow jacket. First H, then B. It is just coincidence that those are her initials. Go figure.