Happy Friday! Stopping into blog world to finish up October. Excuse the delay. I did not want to post about Halloween on All Saints Day…there’s just something about that that seems not right to me. And then the weekend was spent pretty much unplugged from all digital devices, which was intentional and nice… {I did start to work on a photobook for Hannah with all the pictures from her fancy party…Shh, don’t tell her. It’s a Christmas gift. She saw me working on it, but I’m hoping she’ll still be surprised when she opens it.} And then, this week, Hannah and I (and several of our friends) were held hostage by a nasty stomach bug. Now it’s a week into November.
Meet the ghosts: 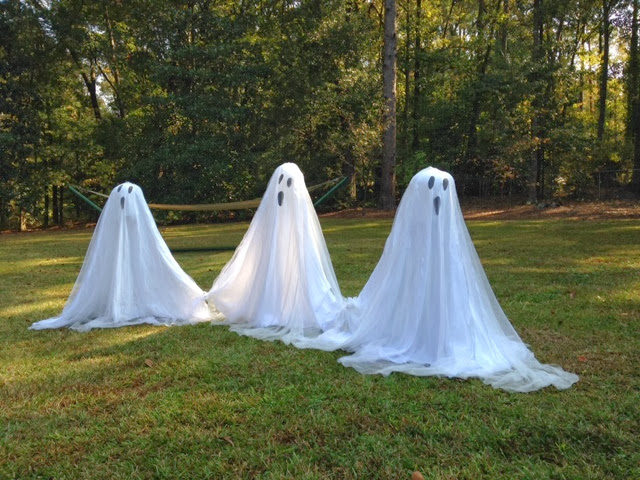 Lila, Riley and Caitlin. Hannah named them. I’m not sure which ghost is which, where those names came from, or if I spelled them right.
On Thursday, Halloween, Hannah and Joseph filled themselves with sugar at their respective class parties, and then headed to the playground for some games. I’ve recently realized that boys don’t get less weird in pictures… 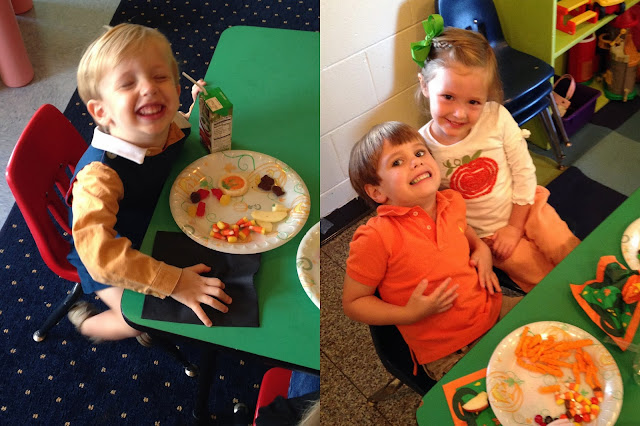 That’s Hannah’s friend, Wilson. He previewed what Joseph’s smile will be like in a year or two. Joseph’s class (no one but Mrs. Rachel seemed thrilled to take pictures): 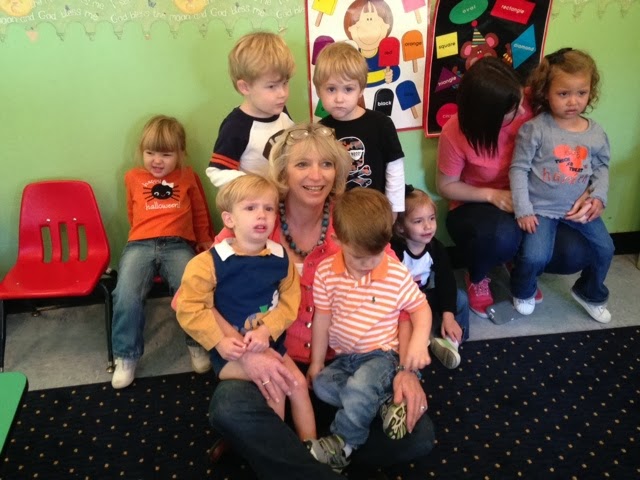 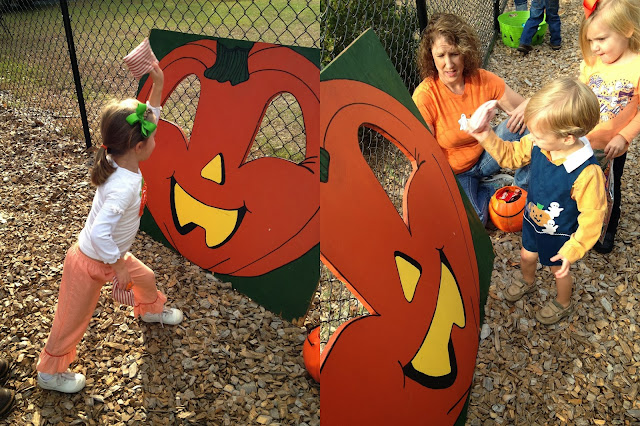 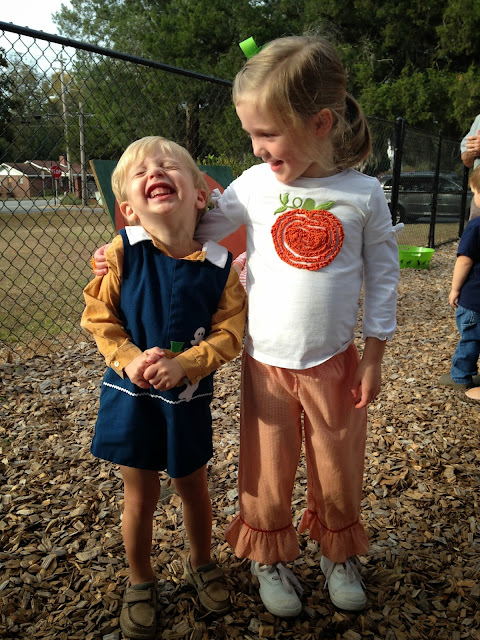 The most noteworthy part of the fall festival at school was this treasure box full of hidden candy. 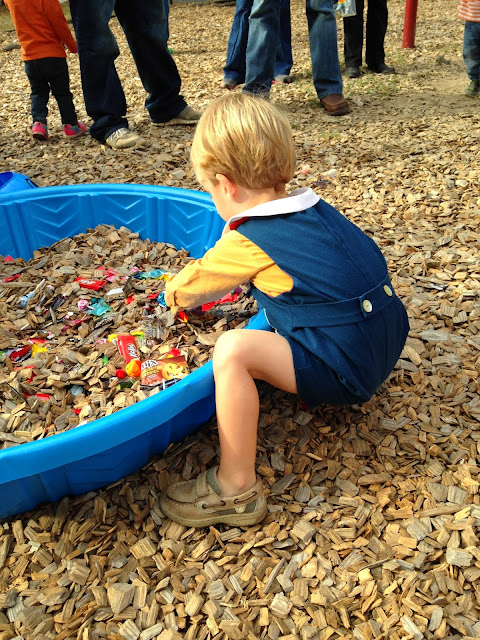 I wouldn’t call that candy “hidden” – but perhaps this was just how it looked once Joseph discovered it. He was one happy kid. Have I mentioned his sweet tooth? It’s remarkable; he simply cannot get enough. He would collect as much as he could carry and then bring it to me, the treat bag bearer. Of course, pieces kept dropping on the ground, and then he’d leaned down to pick whatever it was, and drop more in the process, lean down to get that, and so on. At least, he laughed at himself telling me, “That silly, Momma! That silly!” 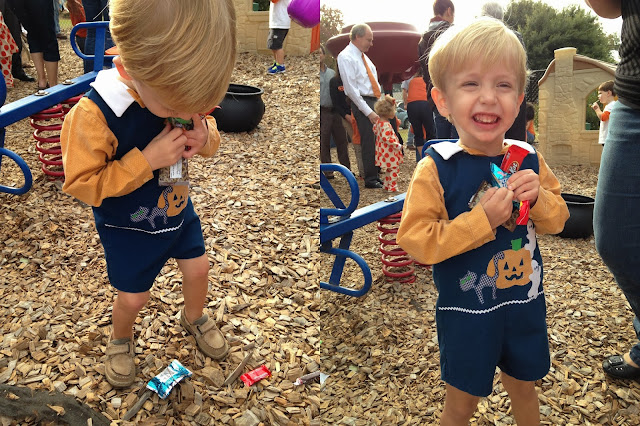 What he didn’t notice was me throwing some of the candy he brought me back into the tub. Hey, we have plenty. Probably enough to get us to next Halloween. 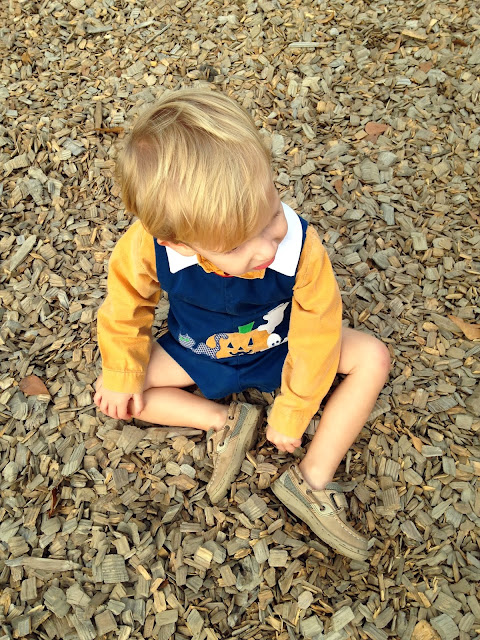 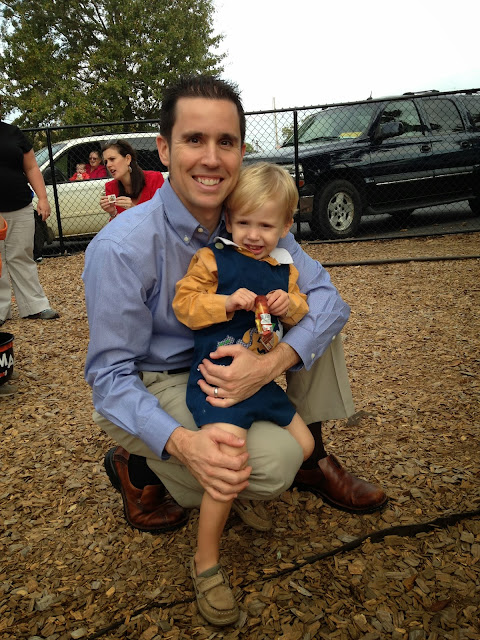 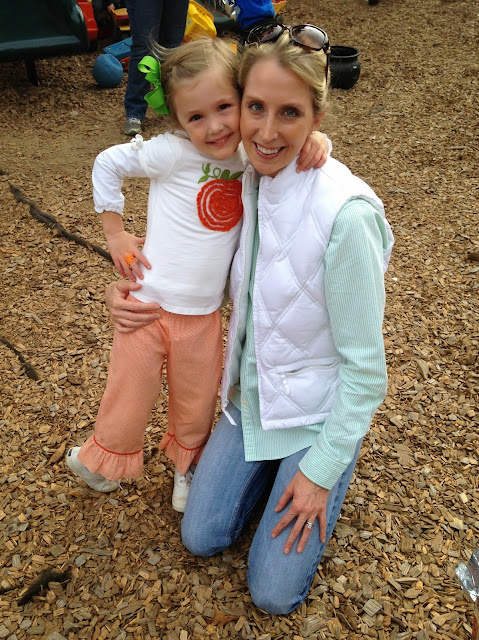 Back home again, with the ghosts: 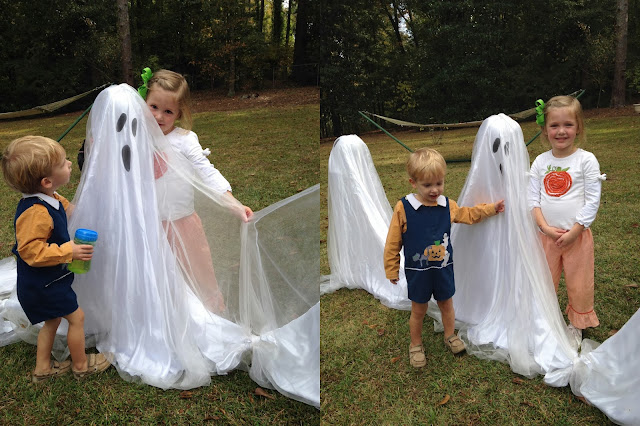 I am glad we decided to put them in the backyard this year. They were much more enjoyable (and visible) to the kids. Our backyard is also visible to the neighborhood as cars pass by on the hill behind our house.
I made these treats – pumpkin patch cookie cupcakes (recipe here) – to take to our friends’ for dinner. I’d recommend, especially hot out of the oven. 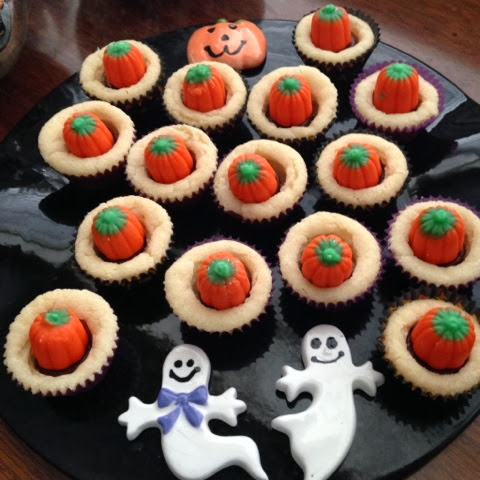 After dinner, we set out on a “hayride” for a little trick-or-treating. 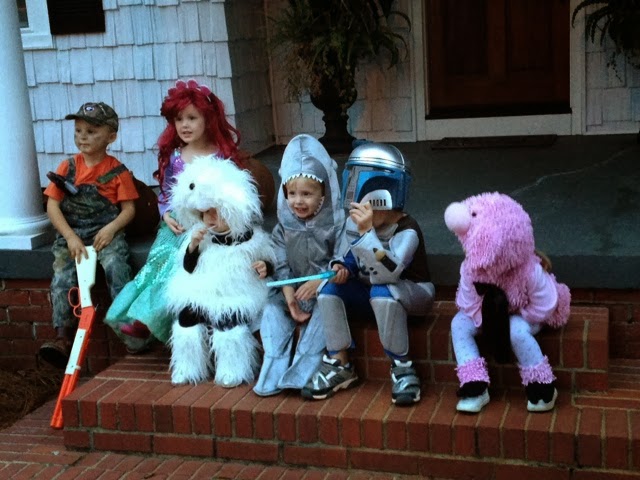 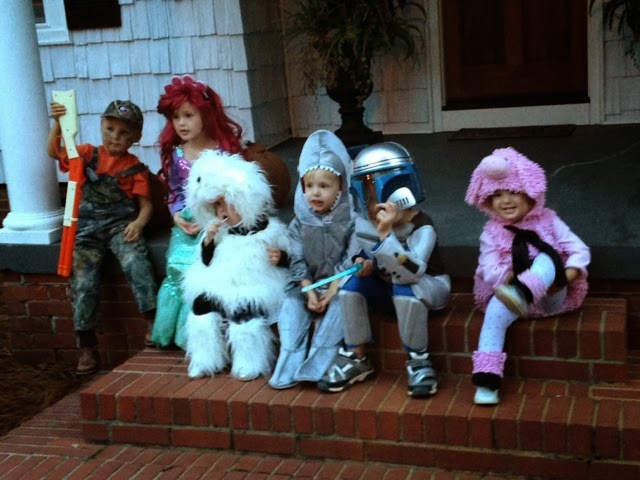 {Bad quality photo…working on finding a better one.} 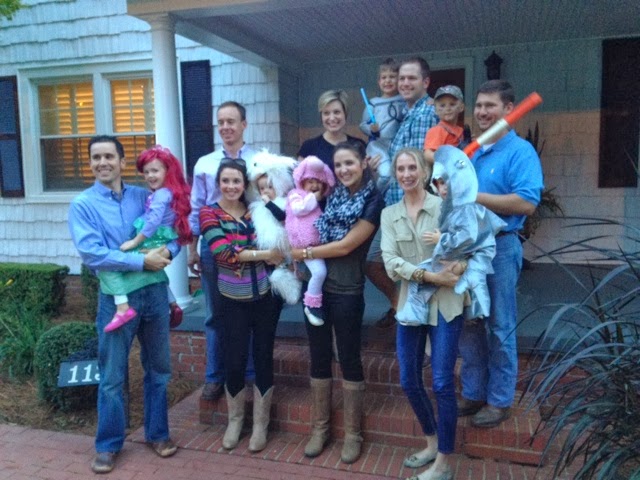 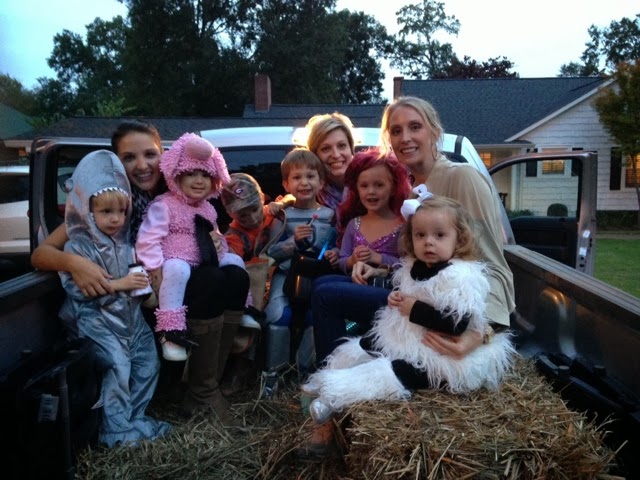 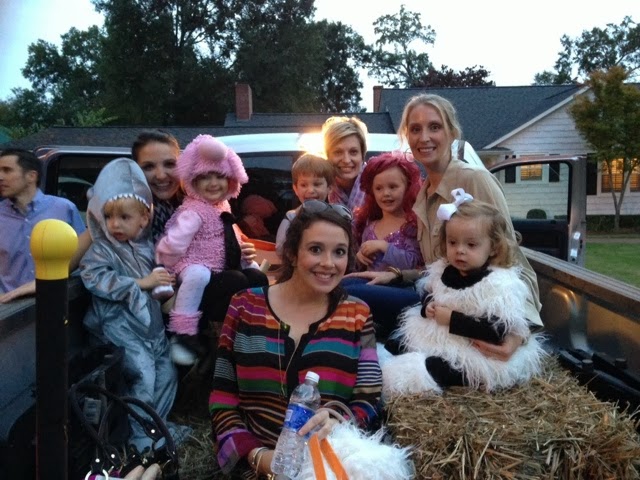 It was a fun Halloween for sure!

« trunk or treat
letter to my four year old »