Was on my way to do a little post of recent pictures from the phone when I realized I never posted anything on St. Patrick’s Day. What a crime! I didn’t bring my camera, so the only pictures I took were the ones with my cell phone. So, allow me to back up a bit…

We found a parking place and played in Forsyth Park before making our way to the parade start. 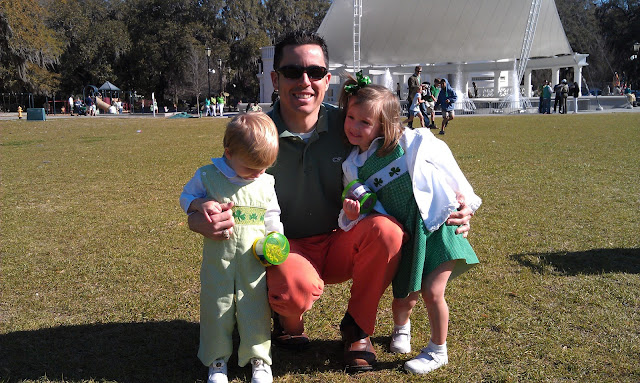 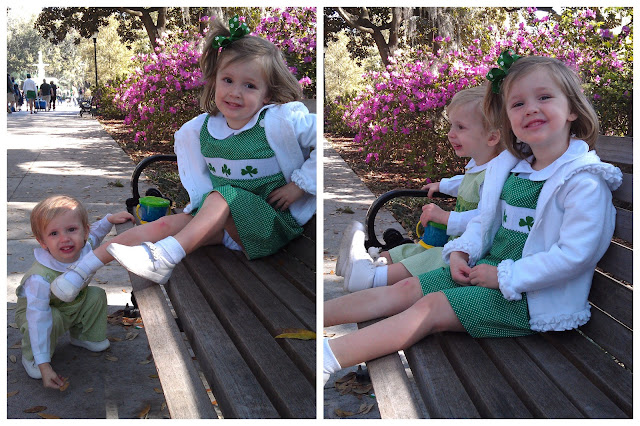 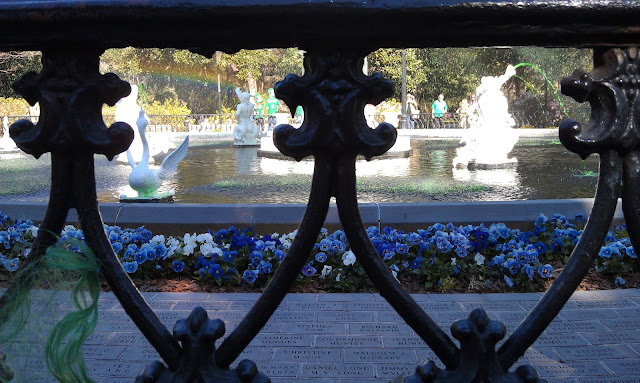 {If you click on the picture to enlarge it you can see mine and my brothers’ bricks on the top row – a gift many years ago from our grandmother. I was being artsy.} 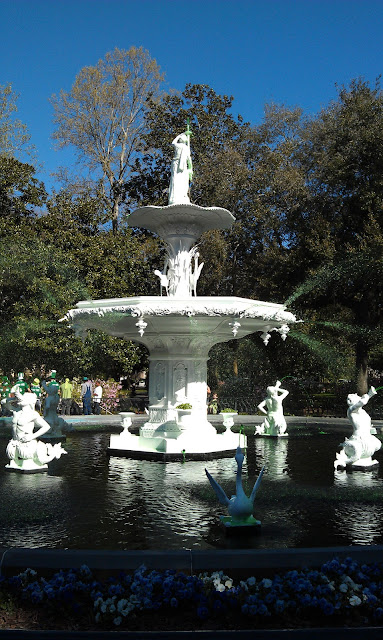 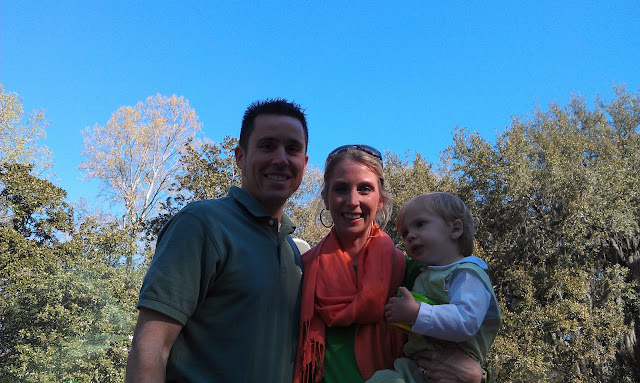 {Taller than the trees…A view from Hannah’s vantage point.} 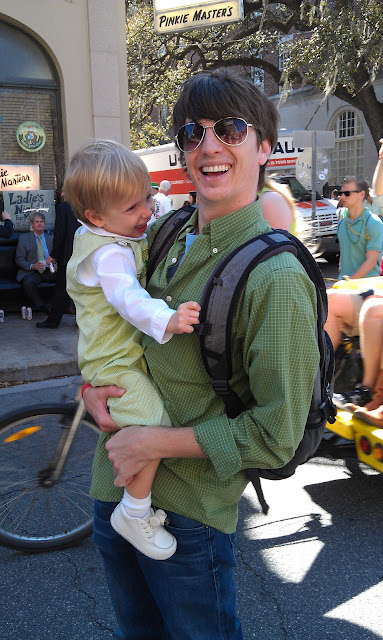 {Joseph and Uncle Will Will}

For the first time, we rode the whole parade route on a float. {The Board of Education float with Joe’s parents. Last year we were only on it briefly.} It was a completely different perspective of the parade and we really enjoyed it. 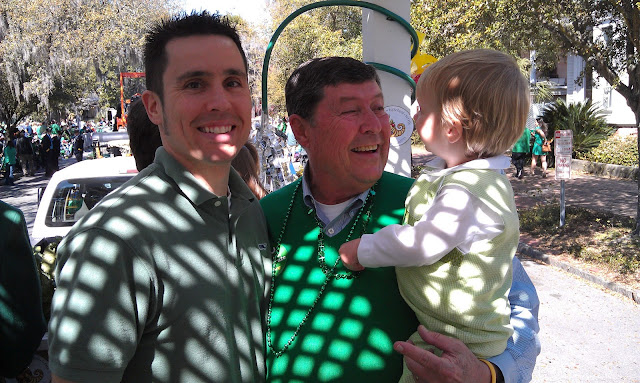 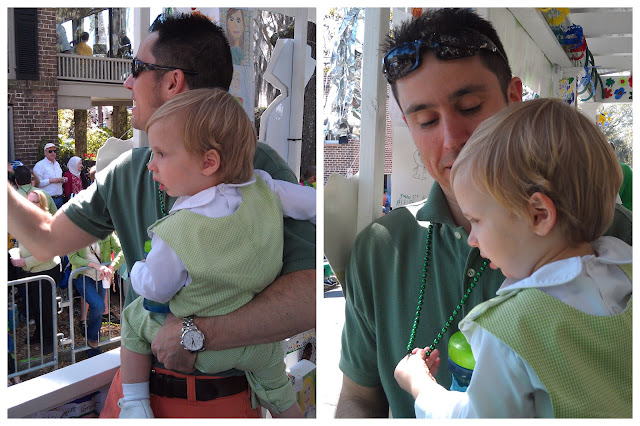 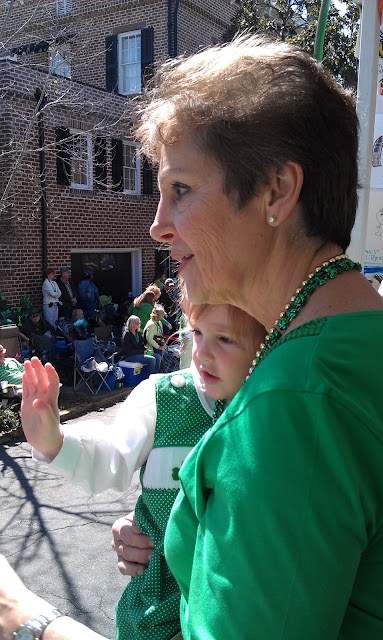 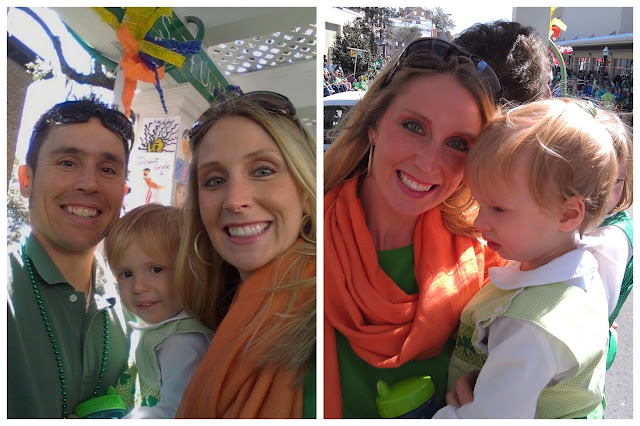 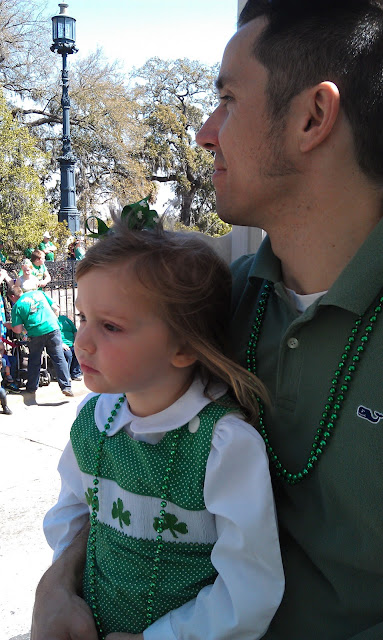 {That’s the Old Harbor Light in the background. Little tidbit: I did a hand-rendering of this spot for the Save the Dates for our wedding. Resembling a giant street light, the Harbor Light was erected during the mid-19th century to help guide ships into the Savannah Harbor.} 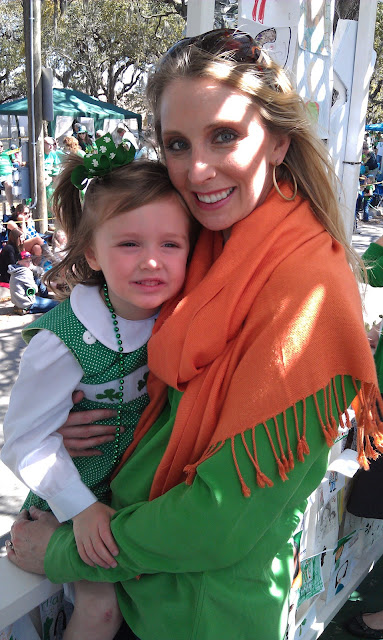 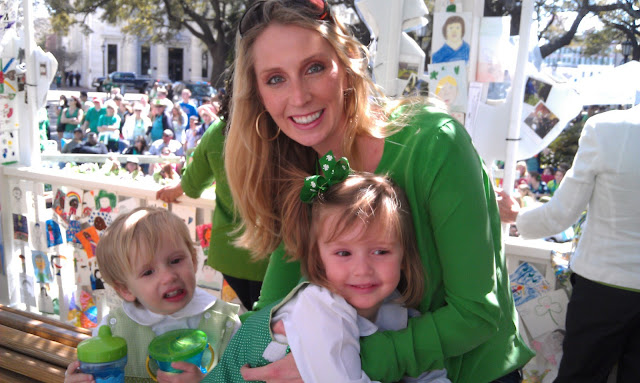 When we got back to Meme’s house, we turned on the recording of the parade so we could see ourselves on TV! 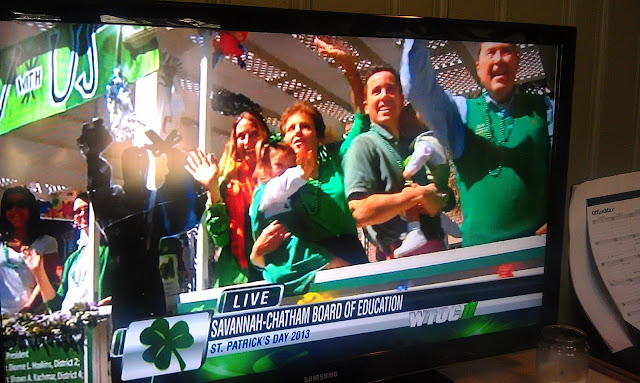