I need to expand on the last post. Not enough sleep can cause me to leave out other details. I am not looking for sympathy, just want to be clear.

First, I neglected to mention that from the week before Christmas until last Sunday (that’s a month) Hannah has had RSV. It has not been fun. Joe and I were sick on and off for about 3 weeks too. My OB put me on antibiotics which gave me a cause for concern for Hannah, so we took her to the doctor and sure enough: RSV. I’m not a nurse or a doctor but it doesn’t take a genius to figure out that if I had the same thing, antibiotics was not going to be the answer. I had a horrible cough and respiratory problems (mixed with asthma = not good). I hate being on medication, especially while pregnant, and for them to not even help the problem really irritated me. And they didn’t…it had to runs its course.

I also didn’t mention that – as this morning proves – napping has not been going well over here in the Buck house. If the monkey gets a morning nap, we are lucky if she sleeps more than 30-45 minutes in the afternoon. We’ve tried the one nap/day thing, but that has proven to be a disaster. Up until recently a typical day would involve a 1.5-2 hr nap in the a.m and the same in the afternoon, along with the 12 hours at night. You see why I’m not liking this new deal?

Earlier, I planned to take a nap while she did. She was so tired and fussy I thought for sure we had a good snooze ahead of us. Alas, it was not so. She slept for less than half an hour and was standing up in her crib crying again. Now, there’s the sobbing-break-your-heart cry and then there’s the nagging-makes-me-want-to-run-away cry. The latter is what I’ve gotten much of this day (and in the past week). I click on the video for the monitor and there she is, standing on her bumper, hanging on the crib, Clementine and Prudence in hand (her bla bla dolls), crying as if I’m the meanest mom in the world. And it’s not the cry that makes me feel sorry for her. It’s the cry that makes me bury my head in the covers and plead with God for her to stop crying and sleep. Usually, she gets tired of carrying on and falls in an exhausted heap to her mattress and is out. Selfishly, I want sleep too. I’m up several times a night making trips to the bathroom as pregnancy does to me. And sleeping is sometimes the only thing that gives me a break from back pain.

I’ve tried putting her in bed with me and she gets a burst of energy and just wants to play. I’ve tried rocking her, singing to her and she’s still and quiet…until I get up to put her back in her crib. So I just suck it up and get on with our day.

So that’s what we’ve had a lot of lately. Crying, waking up early, and not enough nap time. It’ll get better. It better get better. There will be a baby that will ensure I don’t sleep much soon enough.

Now you know why I haven’t blogged in the past week. My hormones take over and the posts sound like these last two. Pathetic. Simply pathetic.

To lighten up this post a little and prove that the last few weeks have not been all bad, I’ll leave you with some pictures of Banana. I also took some of her out playing in the yard last week. I’ll save those for another post. 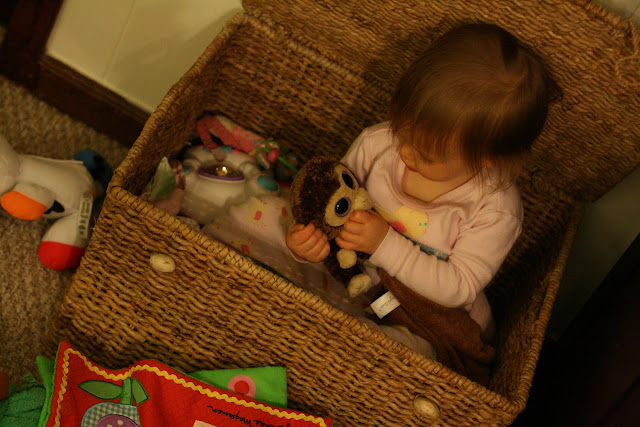 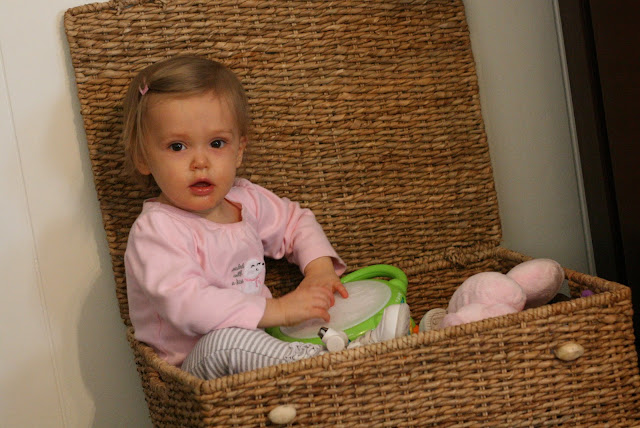 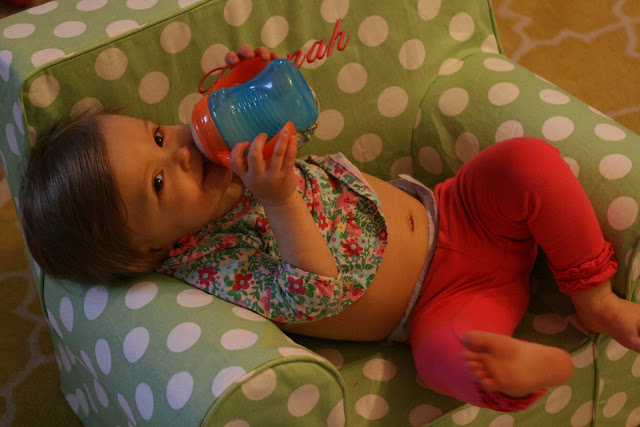 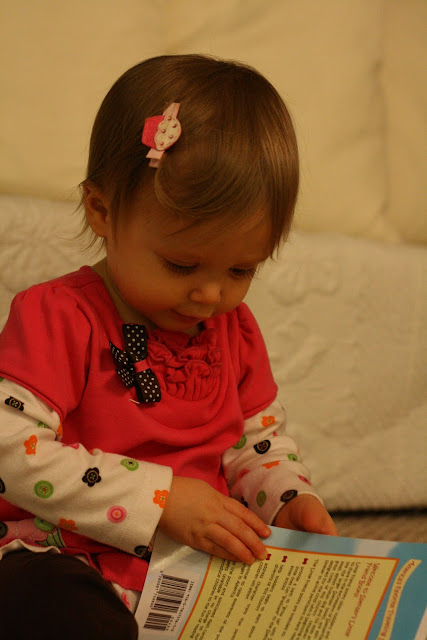 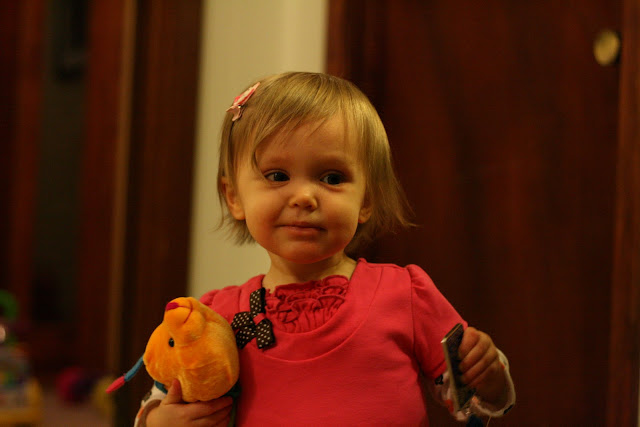 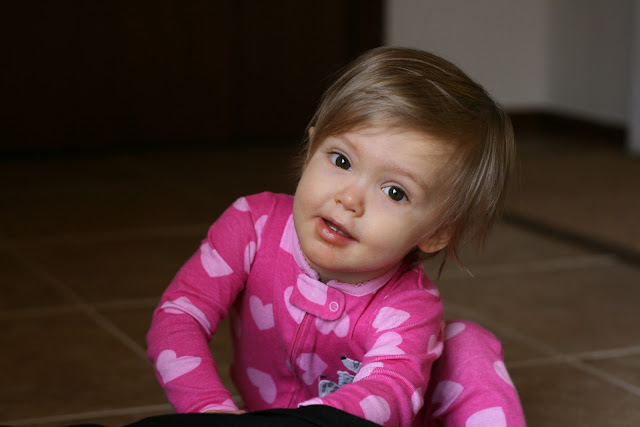 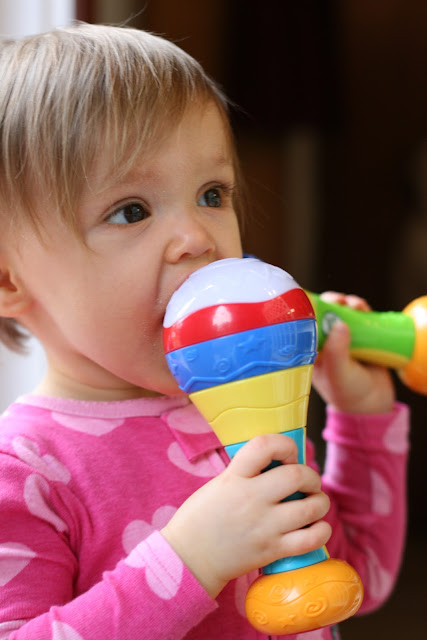 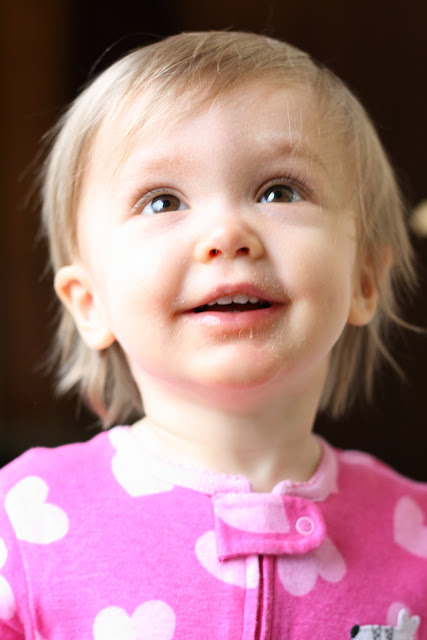 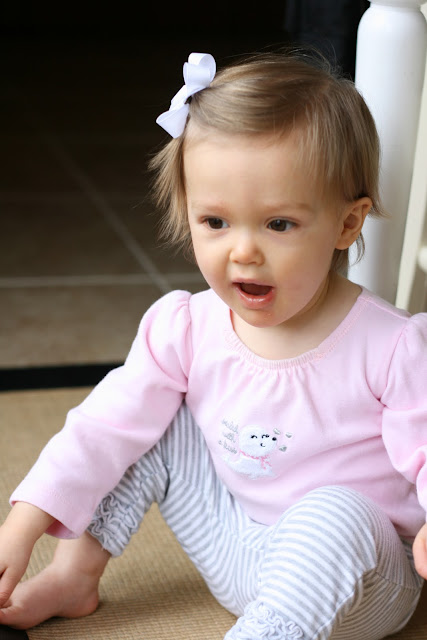 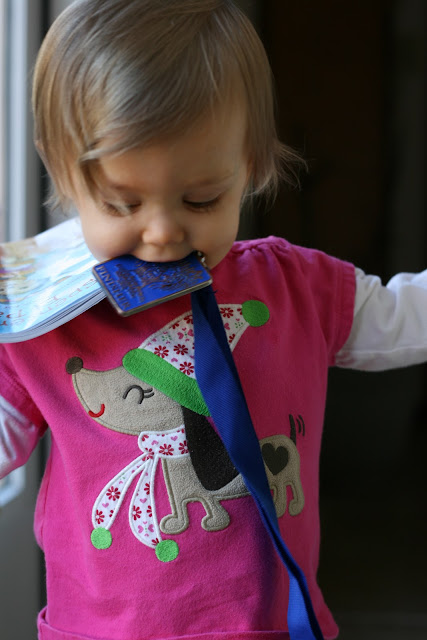 Hope you are having a good day.

PS – Joe left for Kentucky again yesterday. This is his last week of coursework for his doctorate and I’m so glad. Hopefully, he’ll come home to a happy well-rested wife. I mean toddler.

« dress up
under construction »