This past weekend, we drove up to Highlands, NC for some family time and relaxation. It rained almost the entire time but that didn’t stop us. It was wonderful…

I posted this on Instagram on our way up. We planned to leave at naptime, so the kids would sleep in the car…or at least the little boy would. 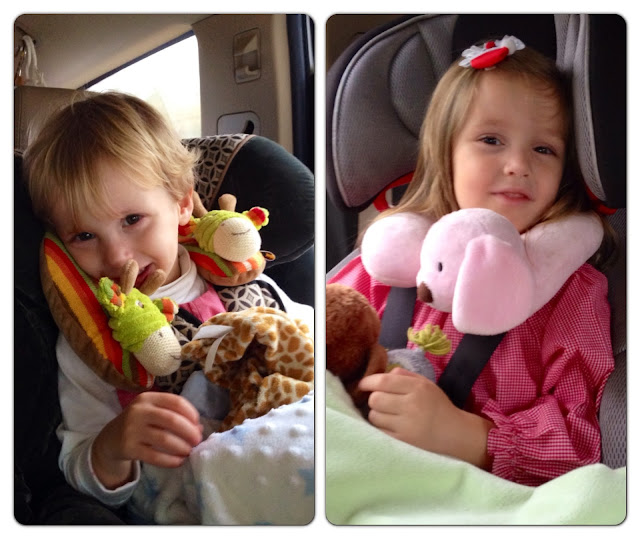 Nope. Not at all. Which made him over-tired by bedtime. On top of that, I put motion-sickness patches on both Hannah and Joseph thinking that a.) it would keep them from throwing up, and b.) it wouldn’t be a problem if it caused some drowsiness. As has happened before (but not every time), Joseph was up all night. It’s like an adverse reaction. Most kids get drowsy and the patch helps them sleep. Not this kid. He gets wired. He wants to play, explore, talk, do things! Anything! All night long! No rest for the weary.

But after a short early-morning nap, he was ready to go play. Out to breakfast we went. 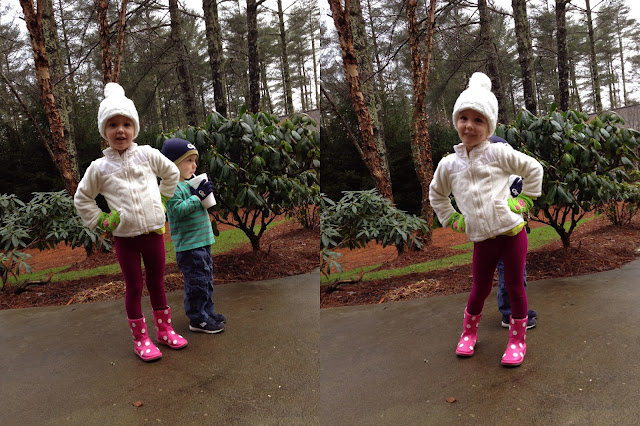 Classic sister move, taking over the picture. But can you resist this delirious smile? I can’t. 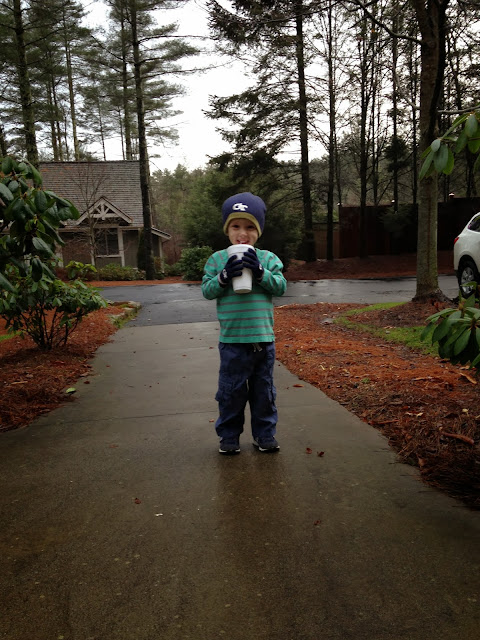 As we expected, he crashed around 11am, so I took the monkey out for some shopping in the rain. We had a great time! 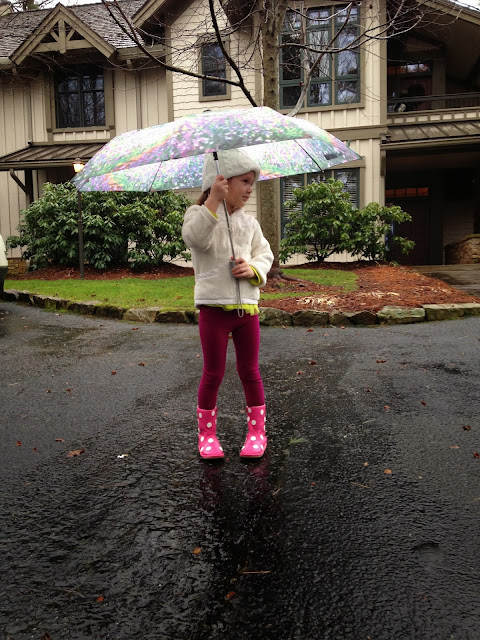 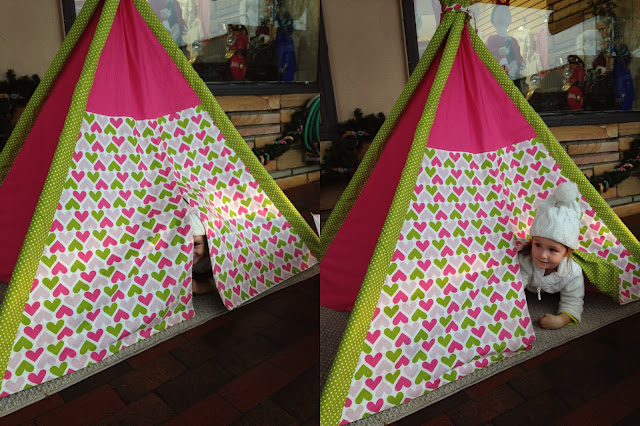 Hannah crawled into this teepee on display outside a children’s store. When it was time to move on, she wouldn’t come out. An older lady walking out of the store saw what was going on and said “Hey!! You going to come outta there?….Santa’s out here.” He wasn’t, and Hannah was slightly annoyed at the woman. It worked, though. 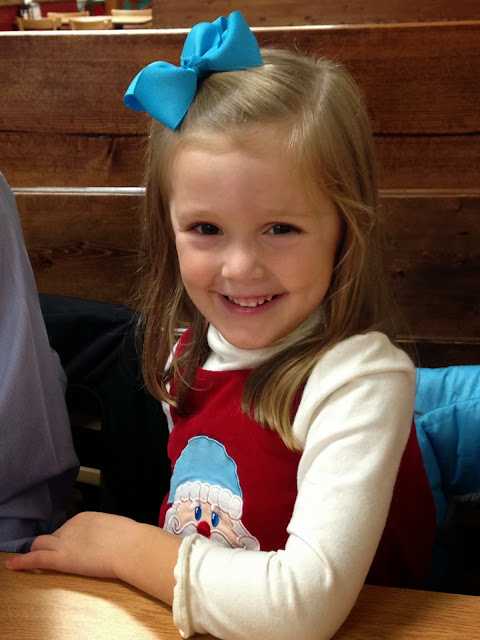 The picture above was taken right after she saw Santa Claus. We were out at a sandwich shop for lunch and he was sitting a few booths down. He wasn’t in his red suit of course, but I am telling you: it was him. {It was him actually; he was the Santa in the Highlands parade the next day.} She was very shy when she first saw him, but typical of any Christmas movie, as soon as she caught sight of him her face lit up! Later, after he finished and got up to leave, he stopped by our table. “What do you want for Christmas?” Shyness gone, she didn’t hesitate: “I want a bike.” 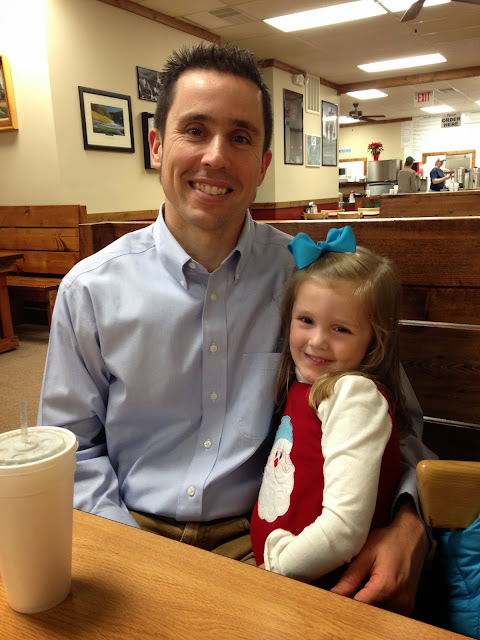 Next up on our journey around the little town: Kilwin’s for dessert. Both Josephs in heaven… 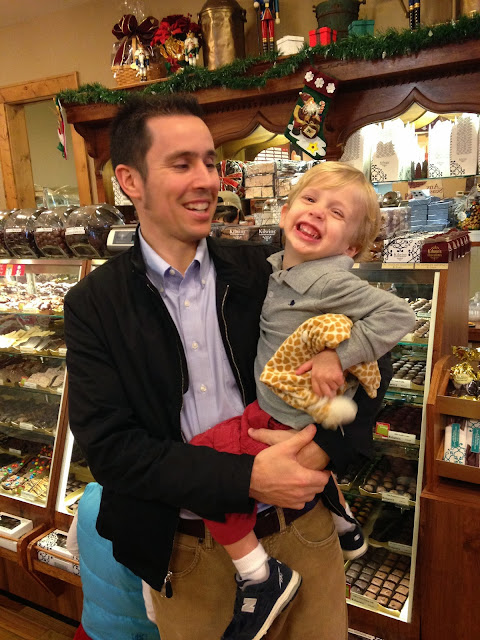 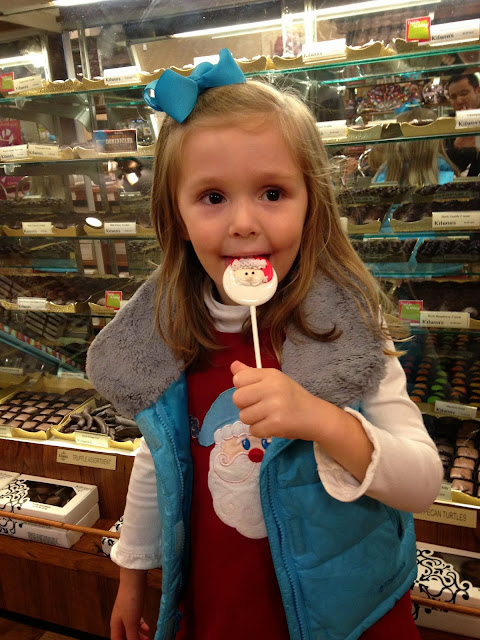 Saturday morning was the Christmas parade. We watched from a great spot with Aunt Kristie, Trudie and Jackson. 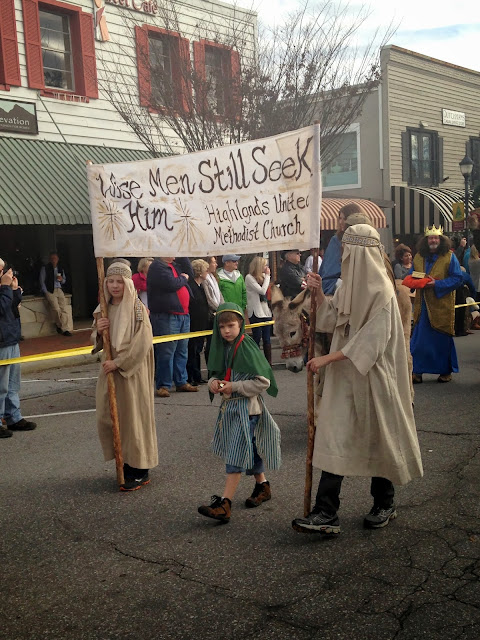 Peak in the background and you can see Mary on the donkey with Joseph walking alongside her. 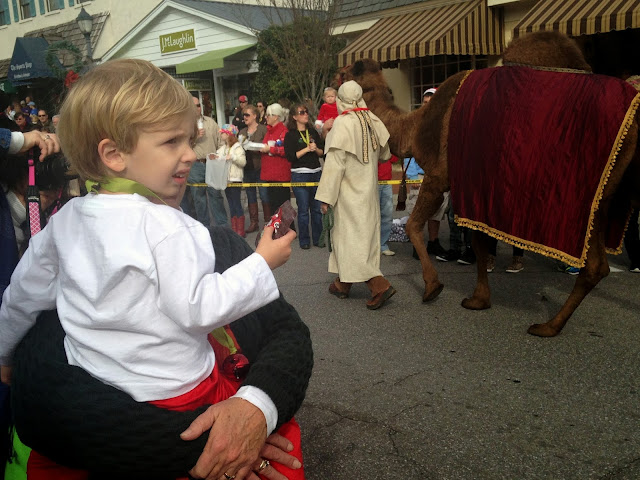 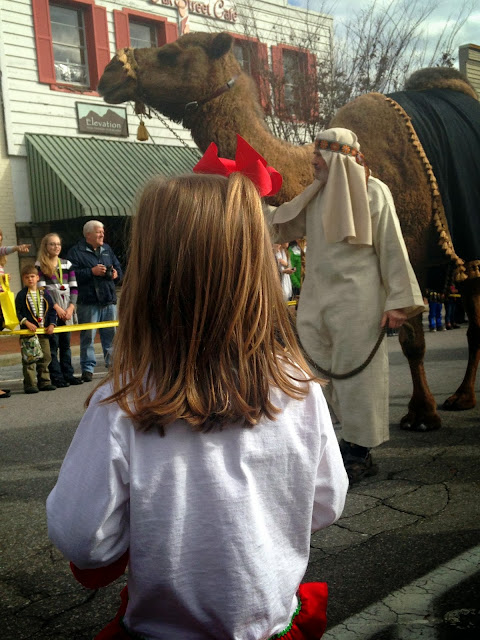 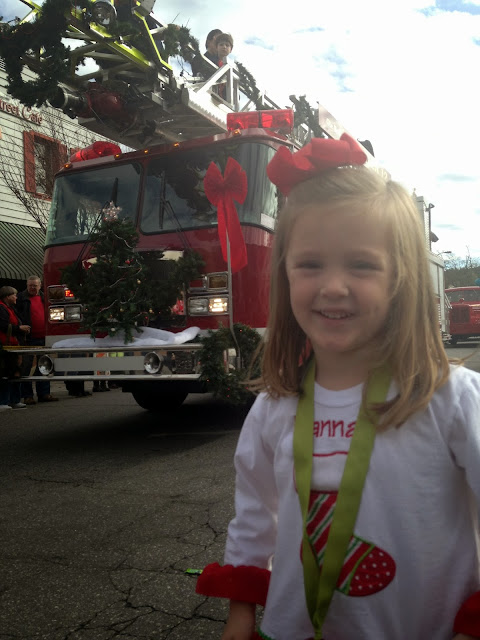 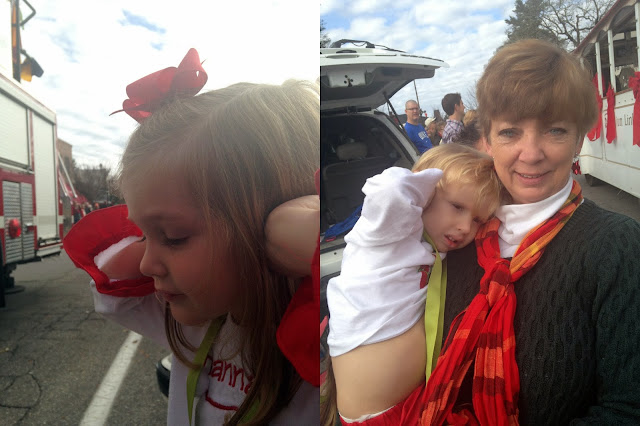 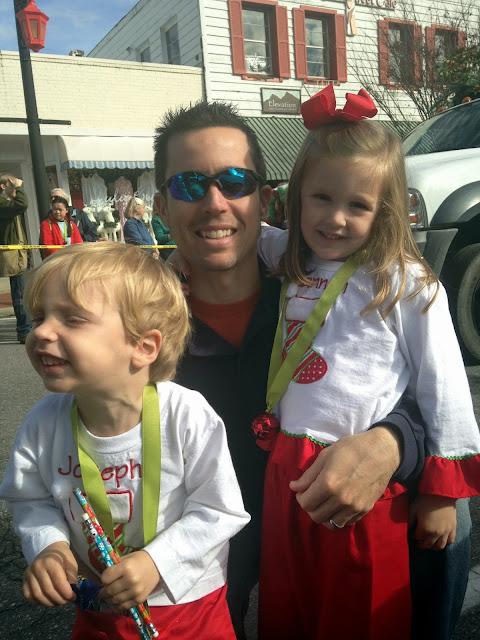 Finally at the end, came Santa and Mrs. Claus. Hannah got to see him in his red suit. 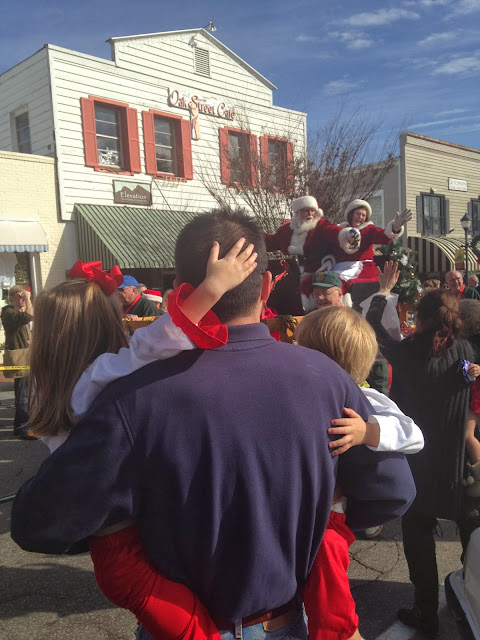 It was a short, but great, trip. And the kids slept on the way home, by the way.