Note: if this seems like it was written a while ago, it was. This post sat untouched for weeks. I meant to insert photos and publish it before we left for our vacation mid-July, but it never got done. Wanted to finish it up today before I post about our summer. 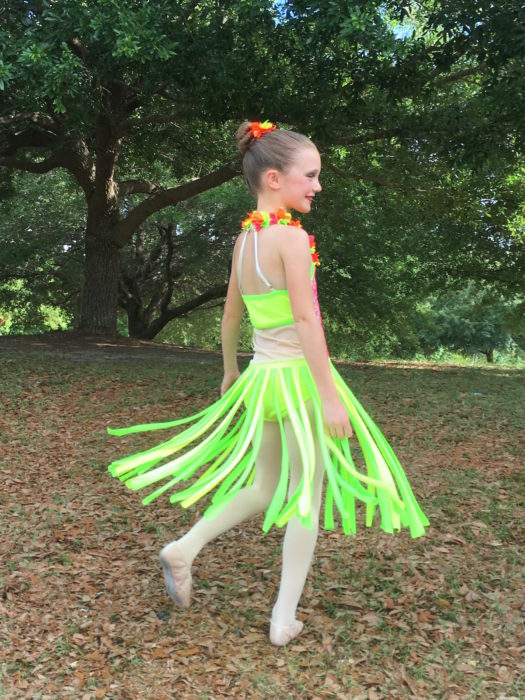 Back at the end of May, I was in dance mom mode. Costumes, rehearsals, and then of course the big day of the recital. All in. Hours of my time for one night. And she spent hours of her time. All for one night.

{I could go on a tangent here and talk about how I would like my daughter to learn more technique and not start practicing for May’s recital in January, but… I could also rant about the cost of tuition and all the money associated for said recital but… I have chosen to put my daughter in dance. She very much wanted to dance. And I have chosen this particular studio. It’s all part of it. And, mostly, it’s all fine.} 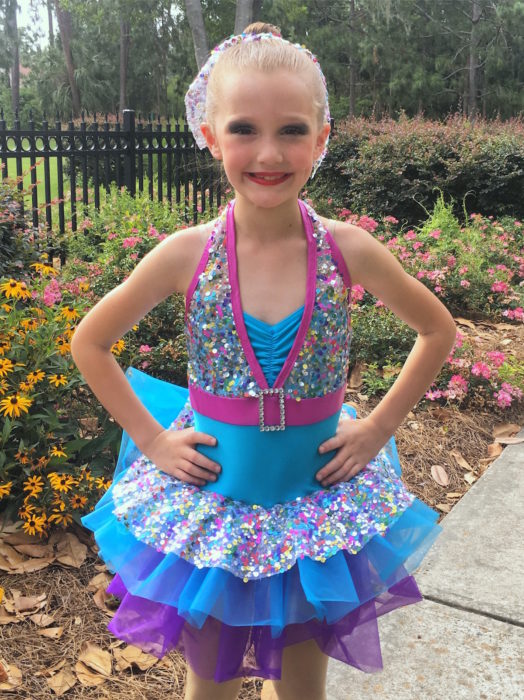 Her costumes hung for two weeks in her room, on little hooks that were already in her ceiling. We listened to the songs and she danced around the house. She was thrilled. Beyond excited to get up on that stage.

The week arrived and we spent two nights at the theater for rehearsal. It was also the last week of school, mind you, and we were quite busy with other things. My dad was also visiting from the Northwest. 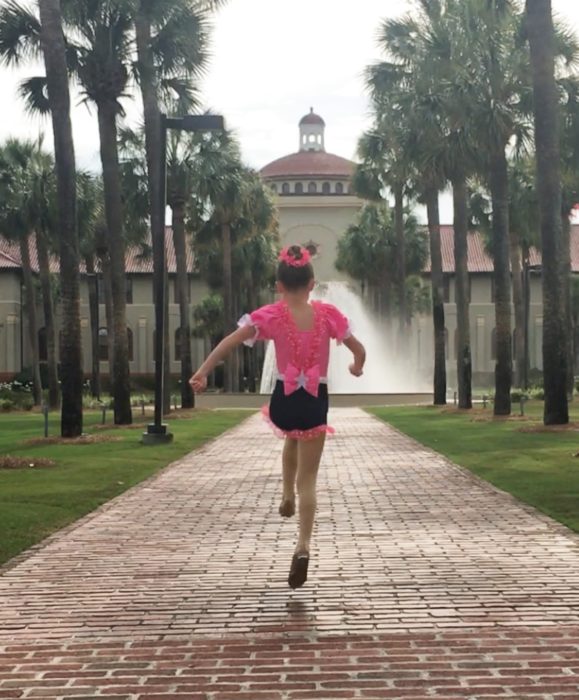 Saturday evening came. She and I rushed to the theater after joining the family for dinner, knowing it was going to be a late night. My mom had just gotten into town and this was our one chance to get together, as she was leaving right afterwards.

Her makeup was done. Her bag was packed. Her costumes were on their hangers. My purse held all the other things we might need. I got her dressed for the first performance – tap – and then we waited. With these recitals, there is a lot of waiting. I’m not sure I remember all that from my many years of dancing. But it’s quite a production, a lot of dancers, a lot of performances, so waiting is inevitable.

I gave her a kiss, snapped a few photos, and hurried around the building to enter the theater. I took my seat next to Joe and Dad. {Mom sat further back with Joseph, who just might not be able to sit still for several hours…ha.}

We watched a few numbers and then it was time. Music on. Lights up. 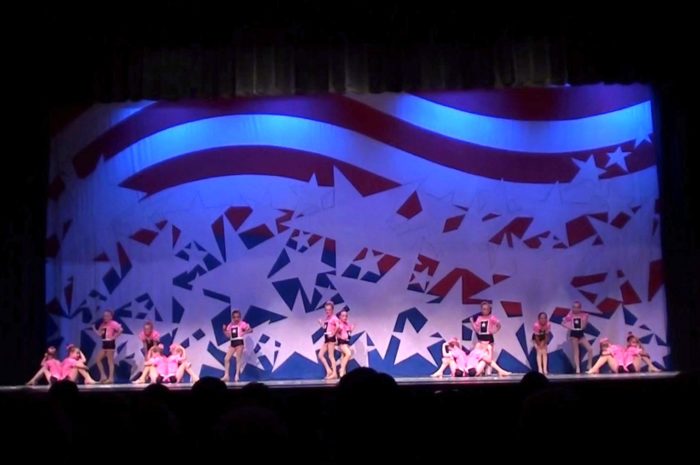 There’s my girl. In the center. The tall one. {You can’t really see, the clarity of these pictures are not great as they are snapshots from the outdated video recorder.}

I see her smiling from ear to ear. And, just like that, it was all worth it.

She danced the steps she had practiced. She was confident. She had fun. That was the one thing I stressed more than anything else: have fun. I wanted her to know that that is what it was all about. Not getting everything right and doing it perfectly for the audience or her parents, but doing it for her. While several of her classmates looked nervous (understandable!) and like they’d rather be just about anywhere else, she was enjoying it. She exuded happiness. 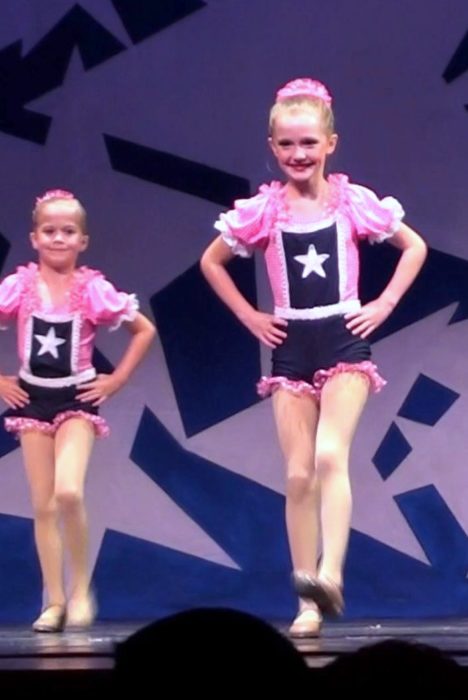 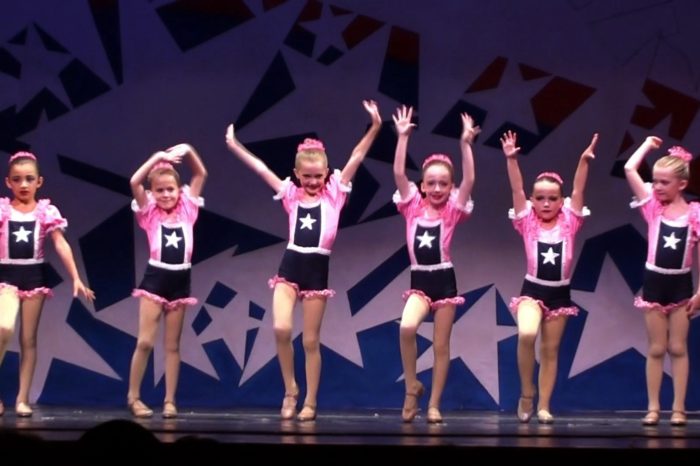 And that happiness was contagious. I, too, was smiling from ear to ear. My heart swelled with pride.

At the end of Act I, I rushed around the outside of the building and down the flight of stairs backstage to get her ready for her second dance, jazz. Out of one costume, into another. 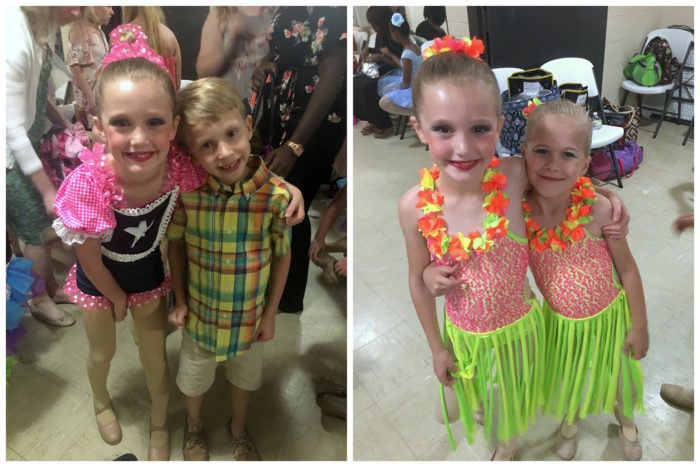 Back to my seat.

This time there were 8 numbers before she took the stage. Then, lights up.

“Party in the USA”

And boy, was that a fun one. She thoroughly enjoyed channeling her own (clean) Miley Cyrus. 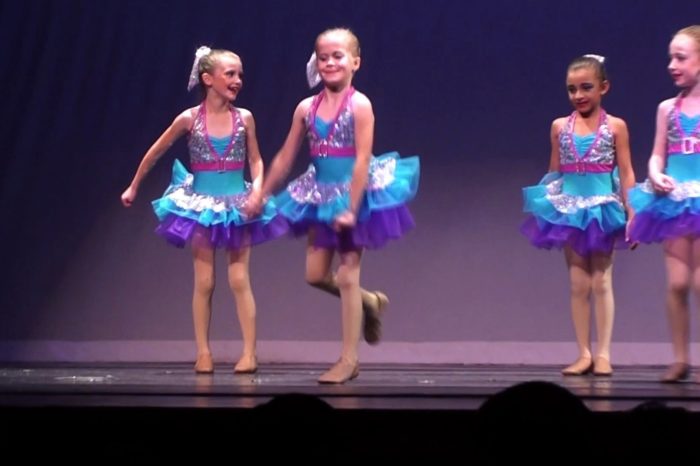 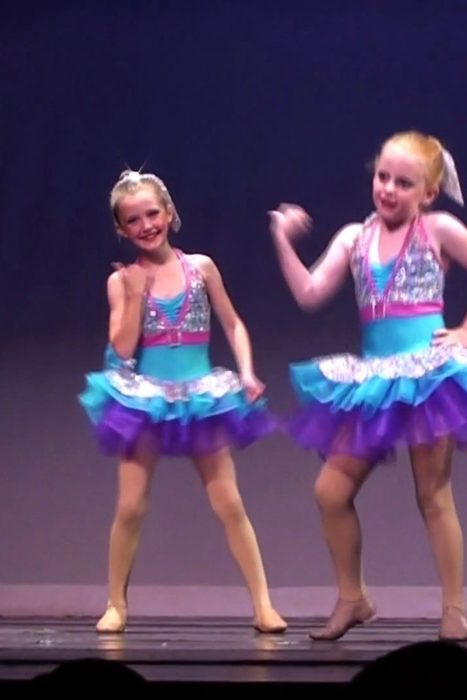 It was a similar scene between Acts II and III as I got her ready for the last performance. It was getting late and the girls were getting tired, but she was still having fun. 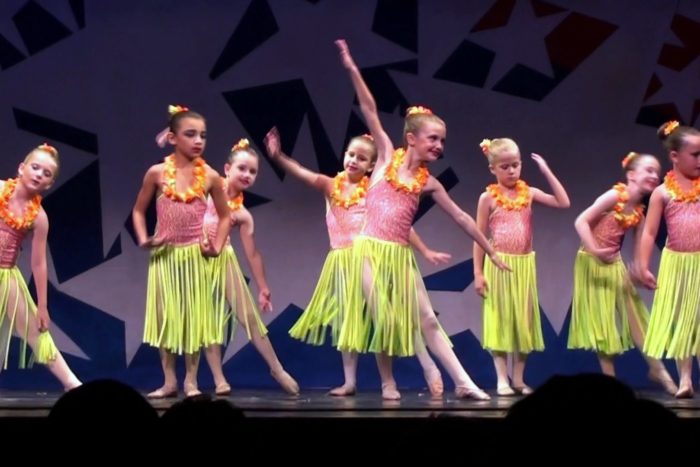 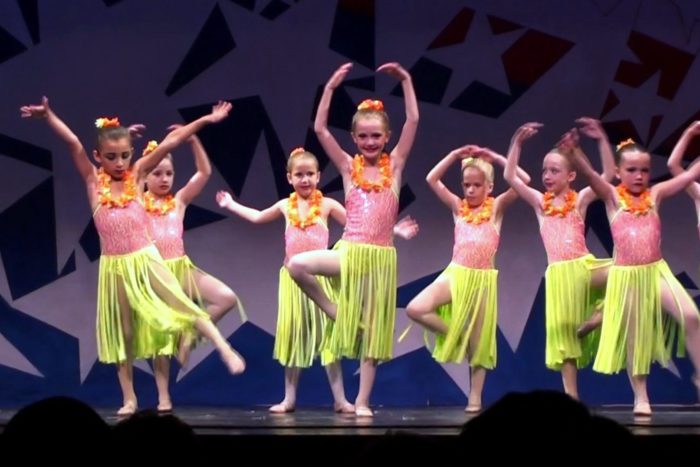 It seemed to me that she’d been practicing this one the most. Maybe because her ballet dance was more technical, graceful, slower than the others…? Despite the fact that they didn’t take the stage until after 10pm and many of those little girls looked quite tired, she was in it. As Moana sang, I watched my not-so-little girl move across the stage, her fringed skirt fanning out as she twirled. And I watched her face. Her big, beautiful smile.

And again: it was all worth it.

I met her backstage. Hugged her hard, gathered all of her things, and took her to see her daddy, brother, Meme and Granddaddy. 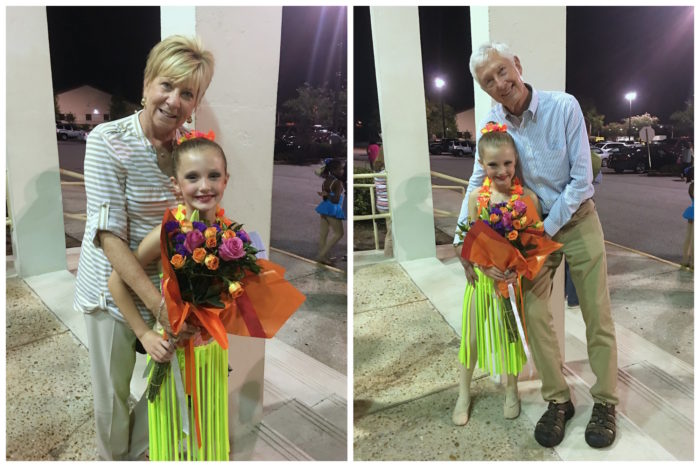 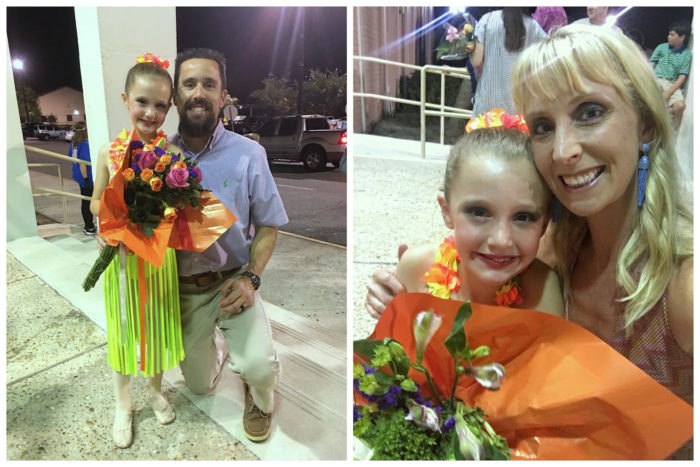 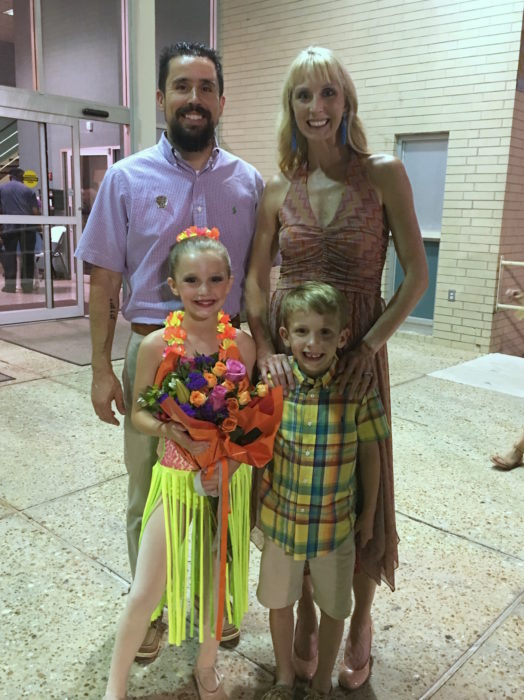 It was a really late night. The recital – one of four performances – lasted over three hours. We were at the theater for four and half hours. She was exhausted. I was exhausted!

It was a lot in a few long days for my 7-year-old. But, now months removed, I look back and still remember, more than anything else, her happiness that night.

Witnessing the joy that radiates from her is truly one of my greatest blessings.

And so, I will look at these photos, and I will see her smile and remember…

And when I see my kids playing with Legos together on the floor, or outside as they run around the backyard..

And when I fold their laundry and clean up their messes…

And when I watch them sleeping and check on them that one last time, kissing their sweaty foreheads…

Happiness is a choice. Being a parent is hard work. I can get caught up in all the tasks and stress. Or I can choose joy.

I can laugh more.

I can handle the difficulties with strength and utter reliance on God and embrace this season. I can let go of having it all together all of the time. I can be intentional about putting my phone down, closing the laptop, and getting on the floor to play board games or on the sofa, cuddling in front of a movie.

I’m getting better! This summer has been a salve to the busyness of the spring. You can see it right here on this blog.