Joseph is all about construction. Construction equipment, toys, books, everything. So I knew from the beginning that for his 4th birthday we would have to have a construction-themed party. 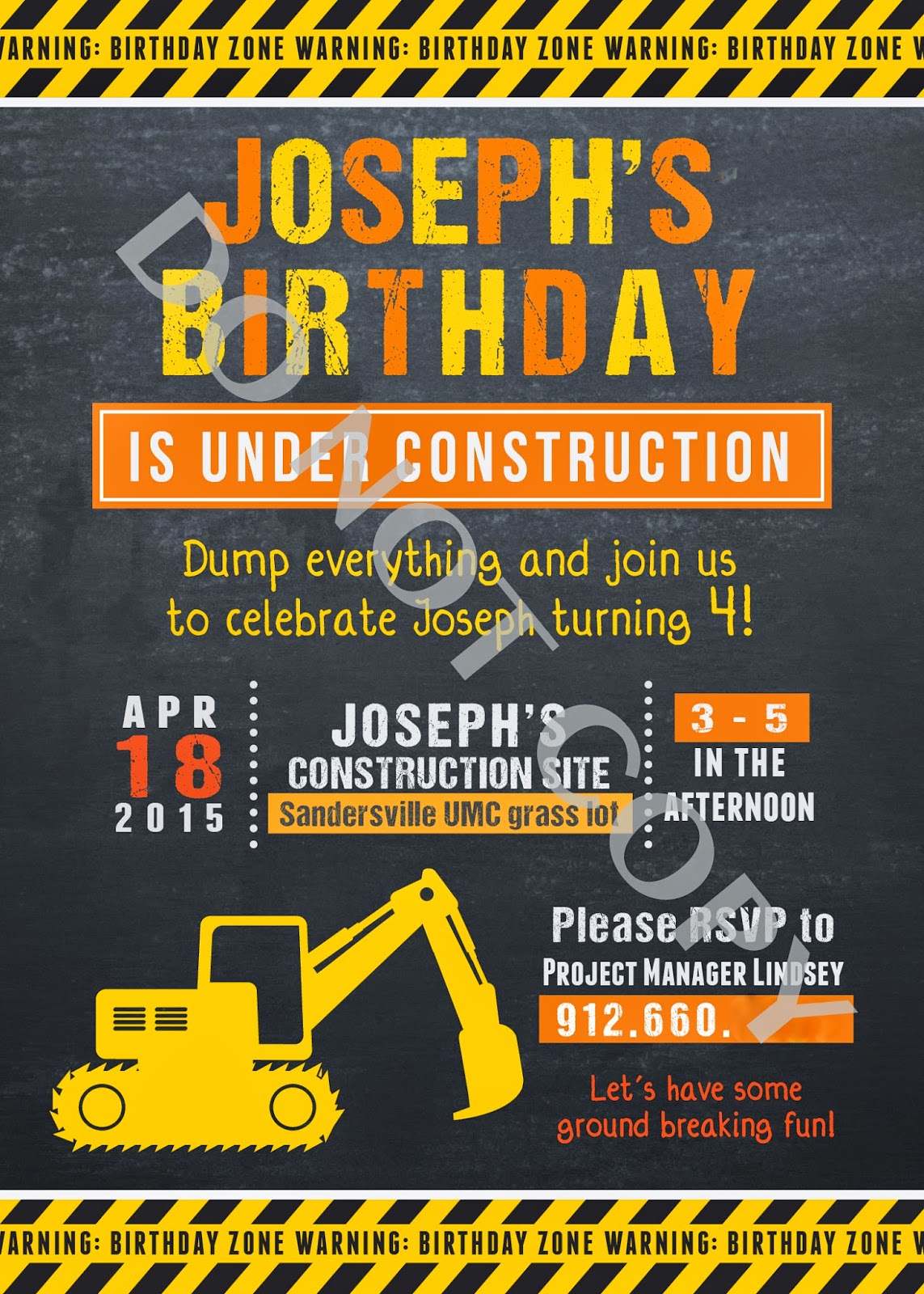 The invitations were sent out, supplies and decorations bought, menu planned, activities organized, and favors assembled. Whew! And then the forecast caused for some serious stress and logistical planning. 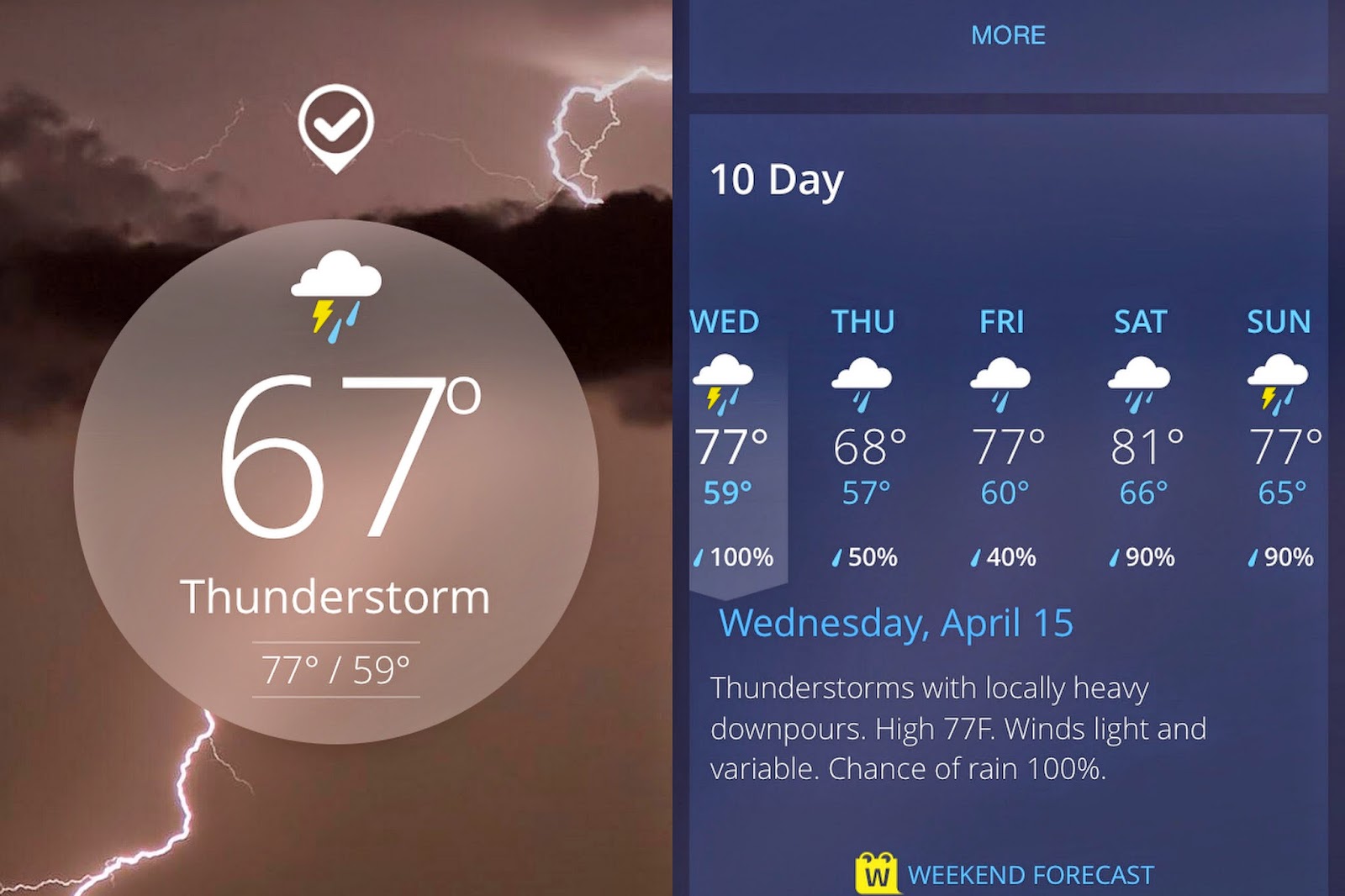 On Friday morning, Joe and I did some party prep at home and then headed over to the preschool with cupcakes for Joseph’s class. 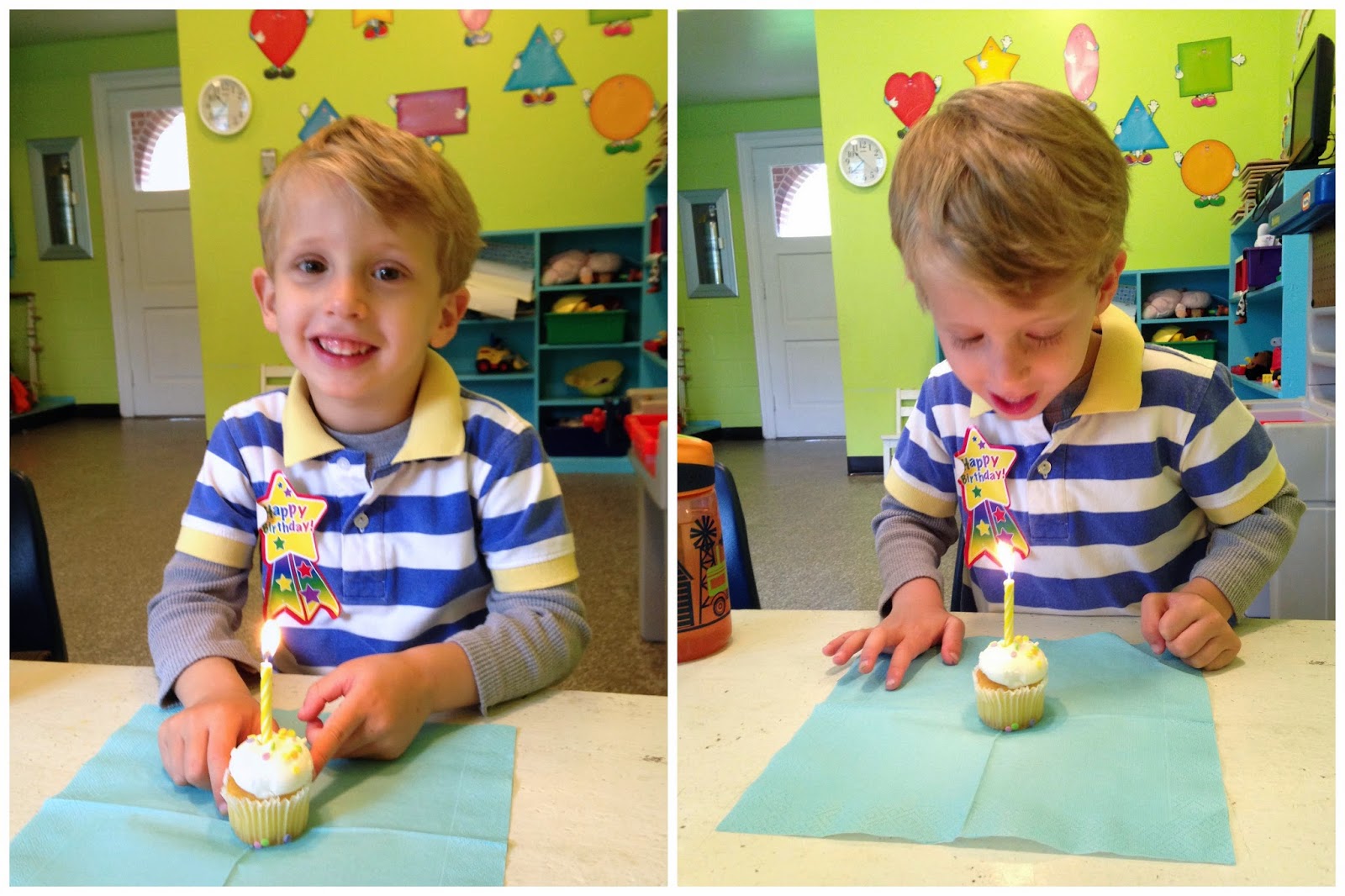 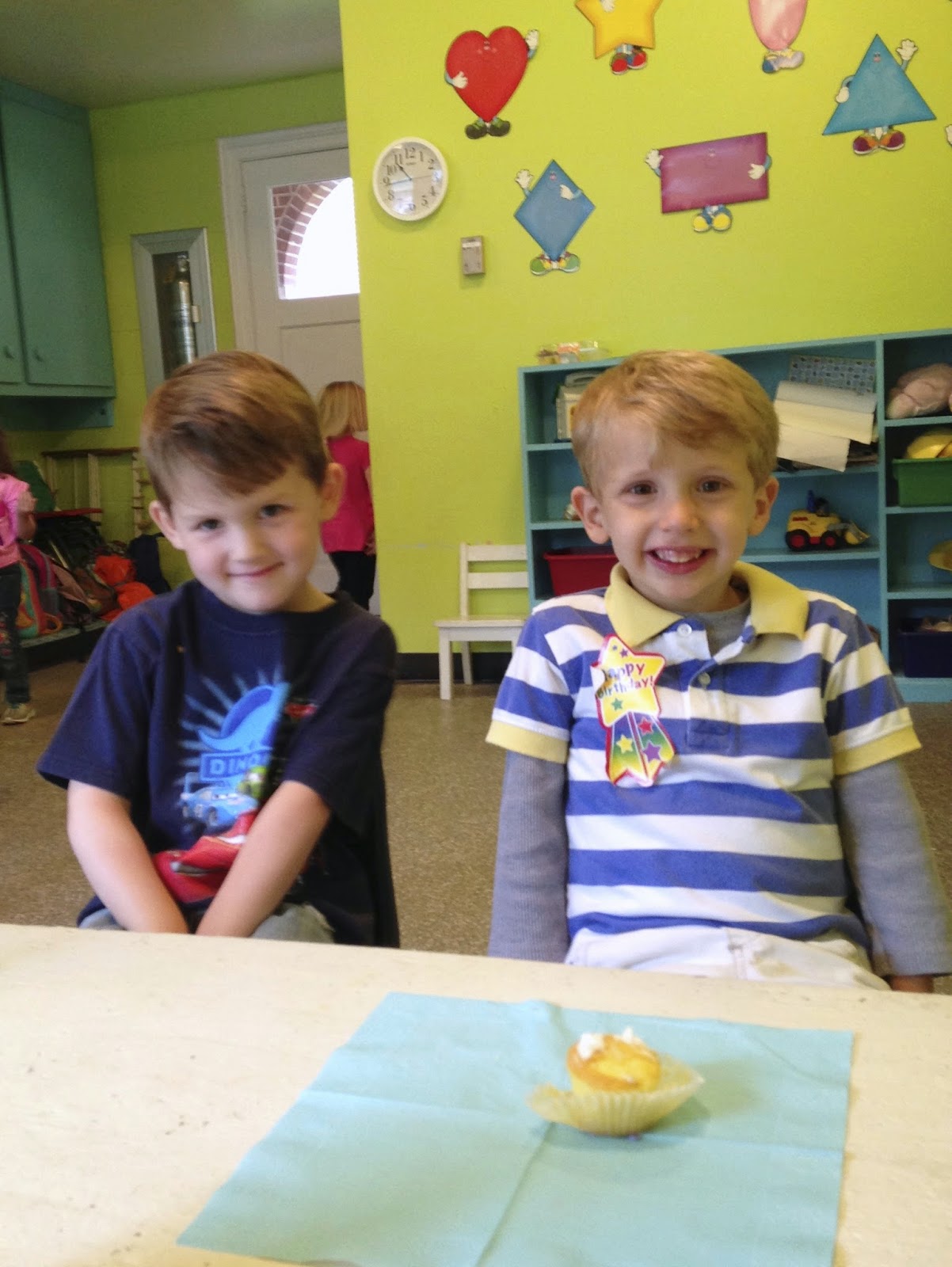 That’s he and his friend, Weston. And, below, a motley crew: 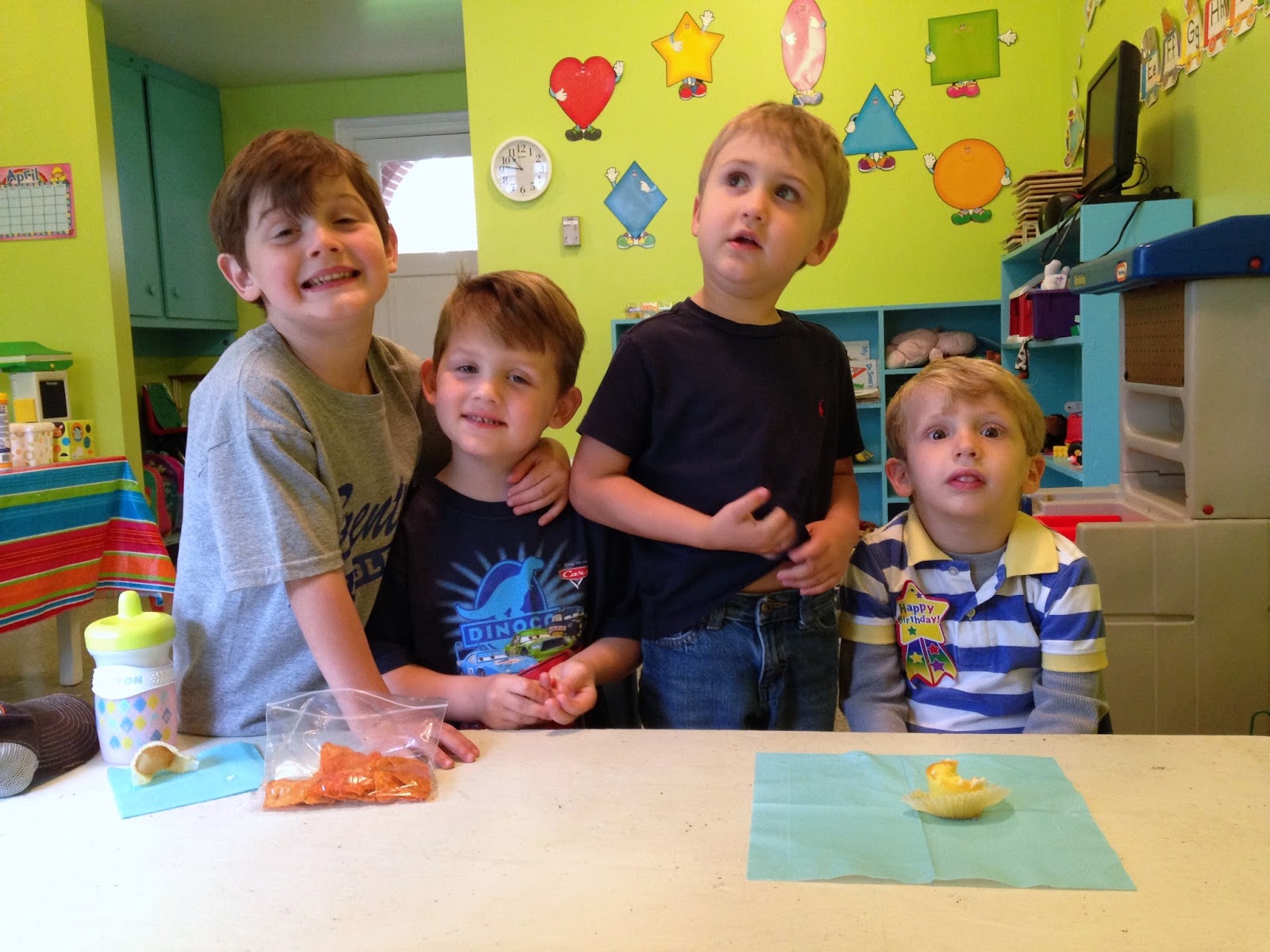 A little while later we were out on a friend’s property loading up dirt (party activity, you’ll see)… 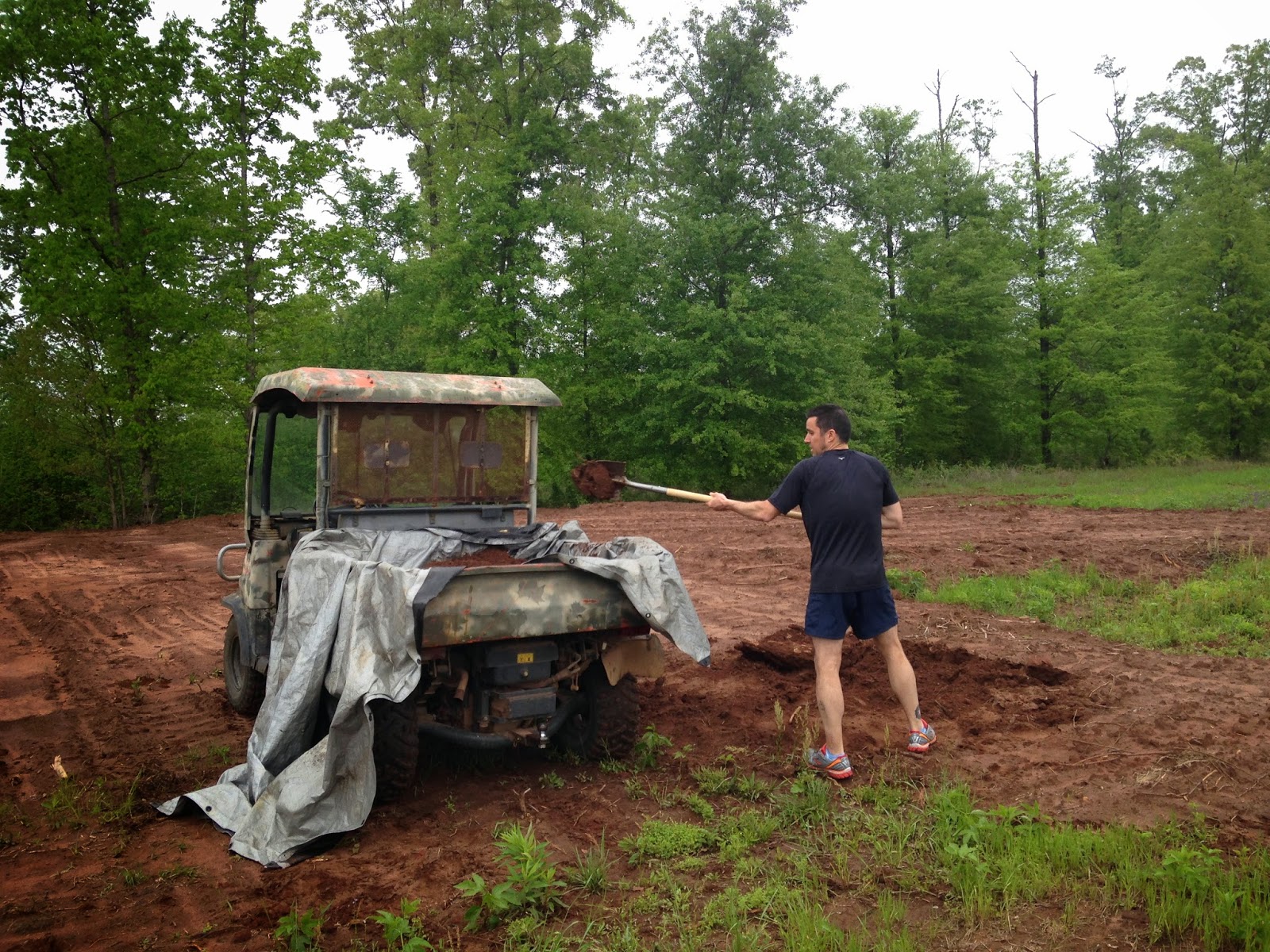 It was raining a little and we were dirty but it was fun and totally worth it when our little guy showed up and we saw the look on his face. Dirt? This cool Kubota? Wide open spaces and construction equipment? Our friend, Kati, delivered him from preschool and she said it was a stream of questions as they drove over to us. Classic.
We took him for a ride… 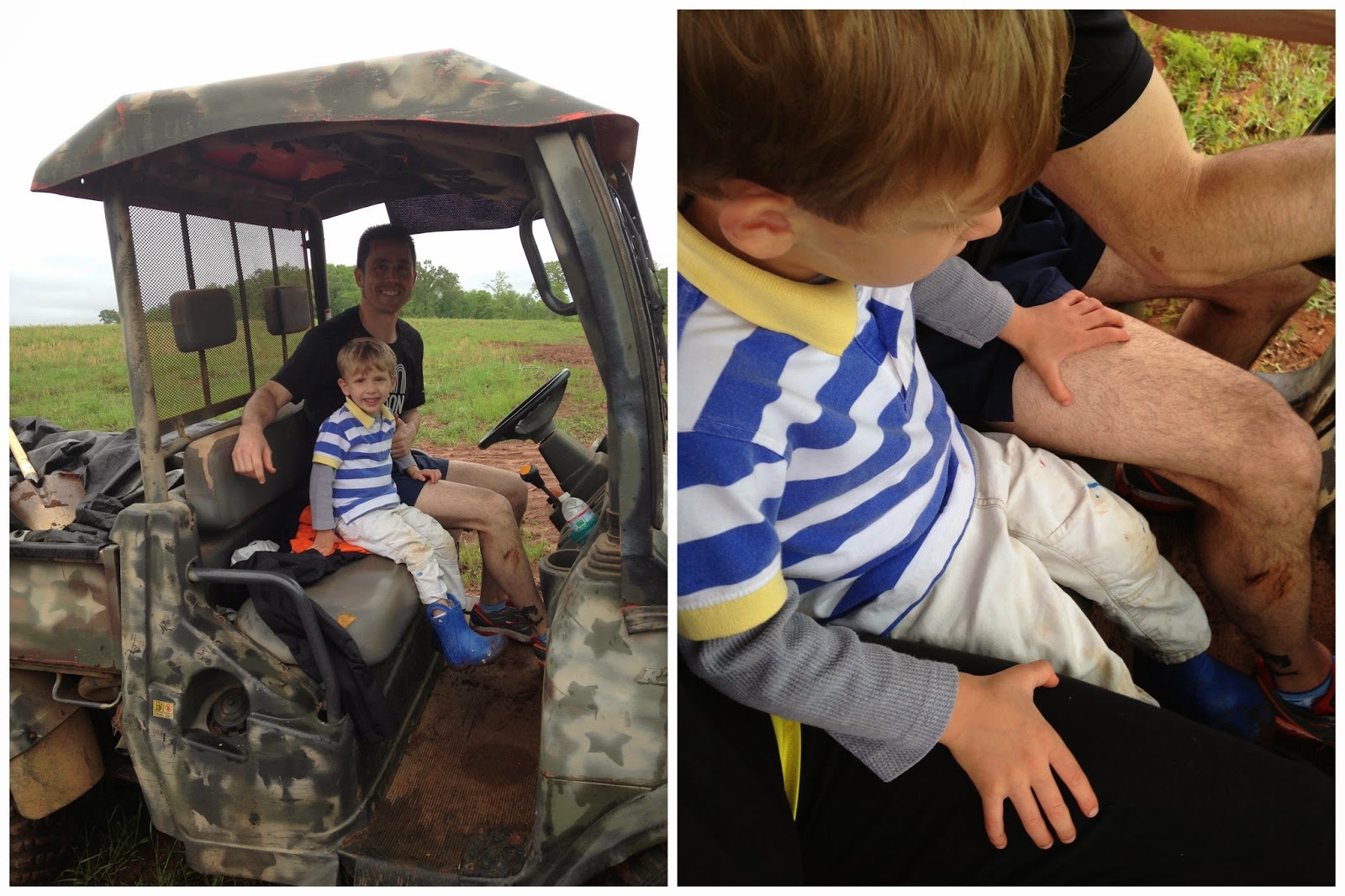 …and he even got to drive! It was a bumpy ride and he had a blast…and got to see Dr. Stephen’s bulldozer. What a birthday surprise! 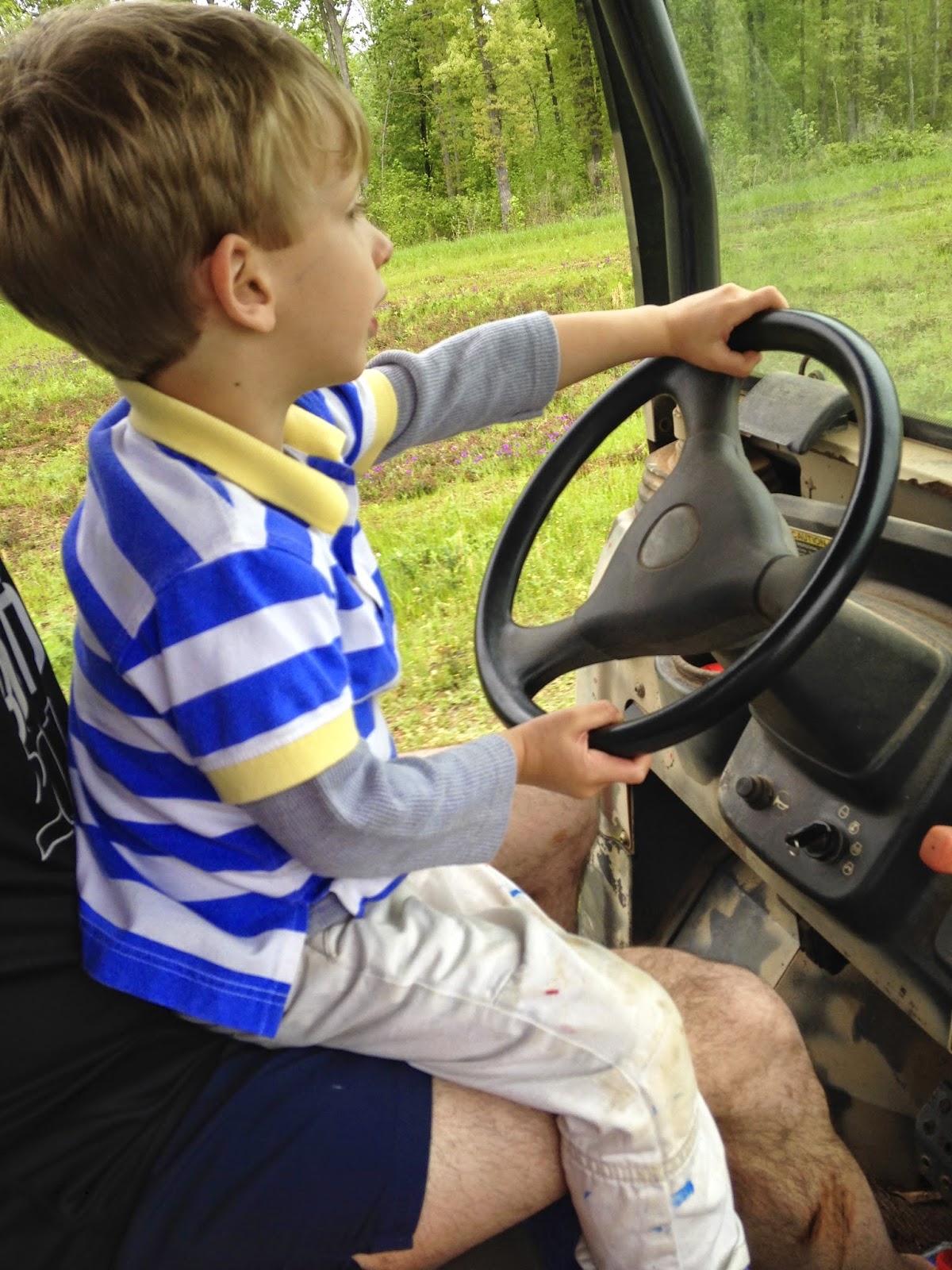 That afternoon we went back to transfer the dirt to another friend’s trailer which we would be stored at her house overnight. Quite an involved process. And thankful for generous friends who helped us. Big shout out to Kati, Becky and David. 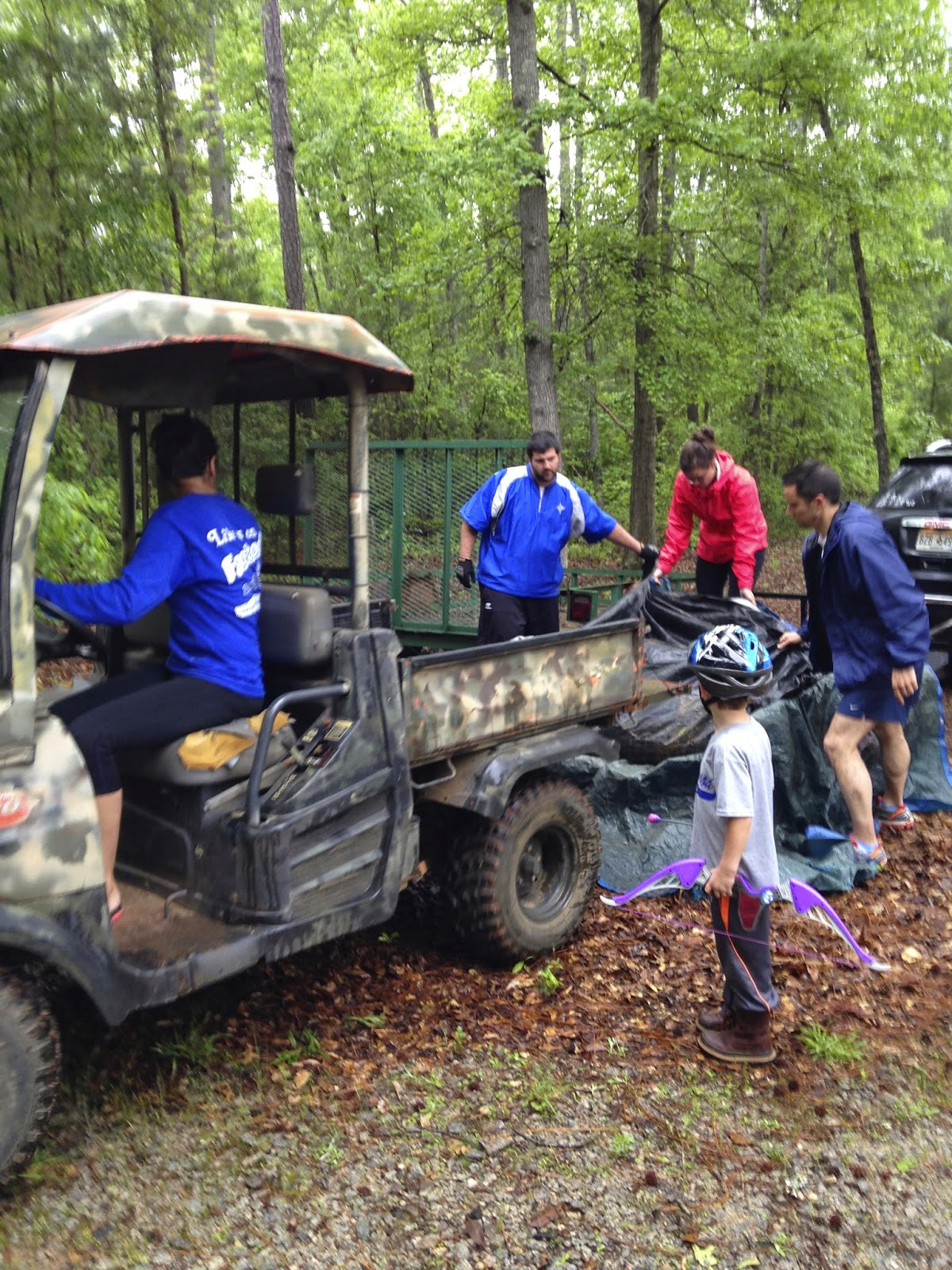 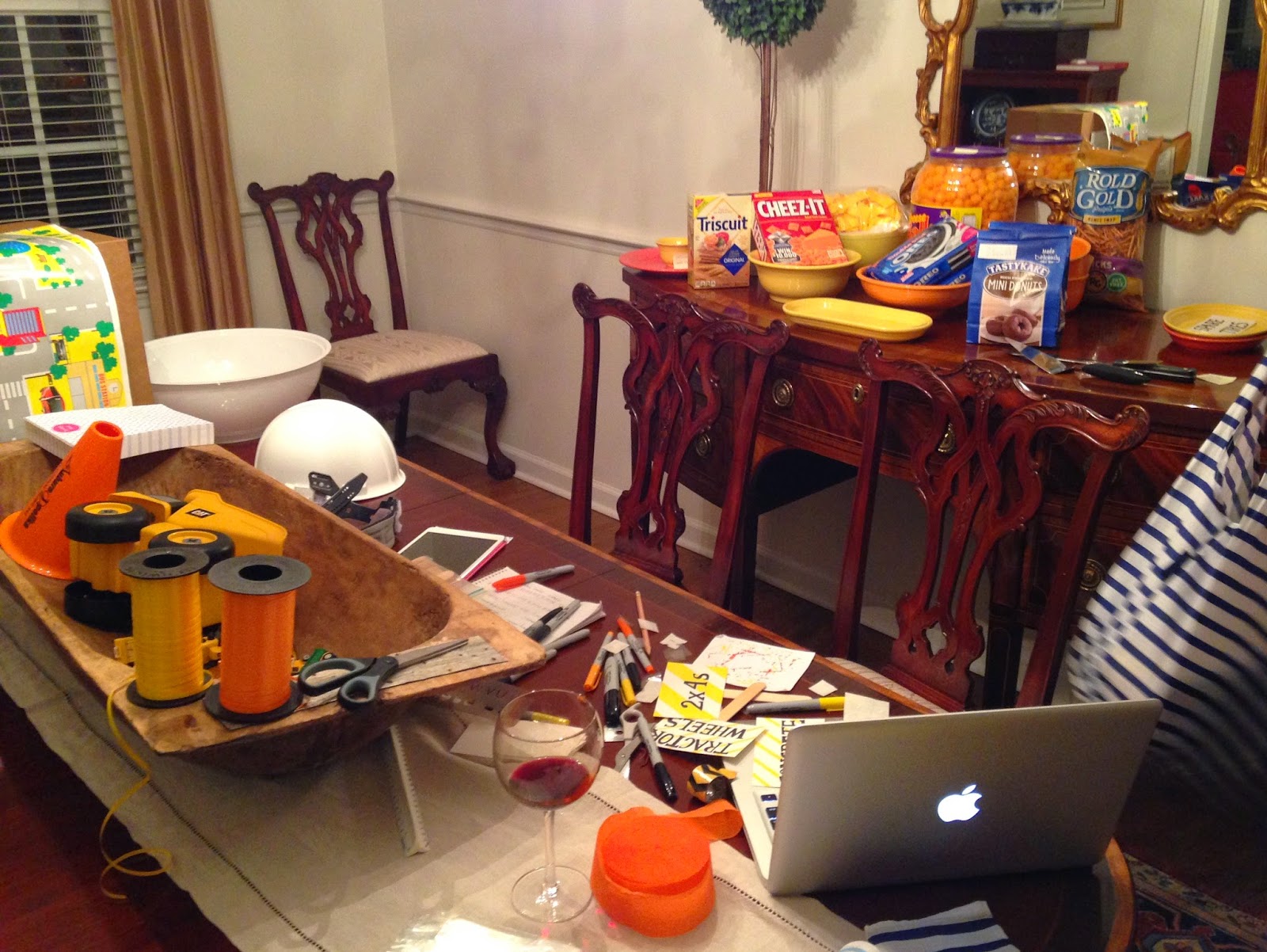 That night Meme came to town and helped us wrap things up.
On Saturday morning we put a candle in a croissant and sang to the birthday boy. Apparently it was a trick candle (didn’t even know we even had one – it was in with the rest of our stash) and he laughed hysterically every time it relit. The picture is blurry, but I had to include it. He was cracking us up! 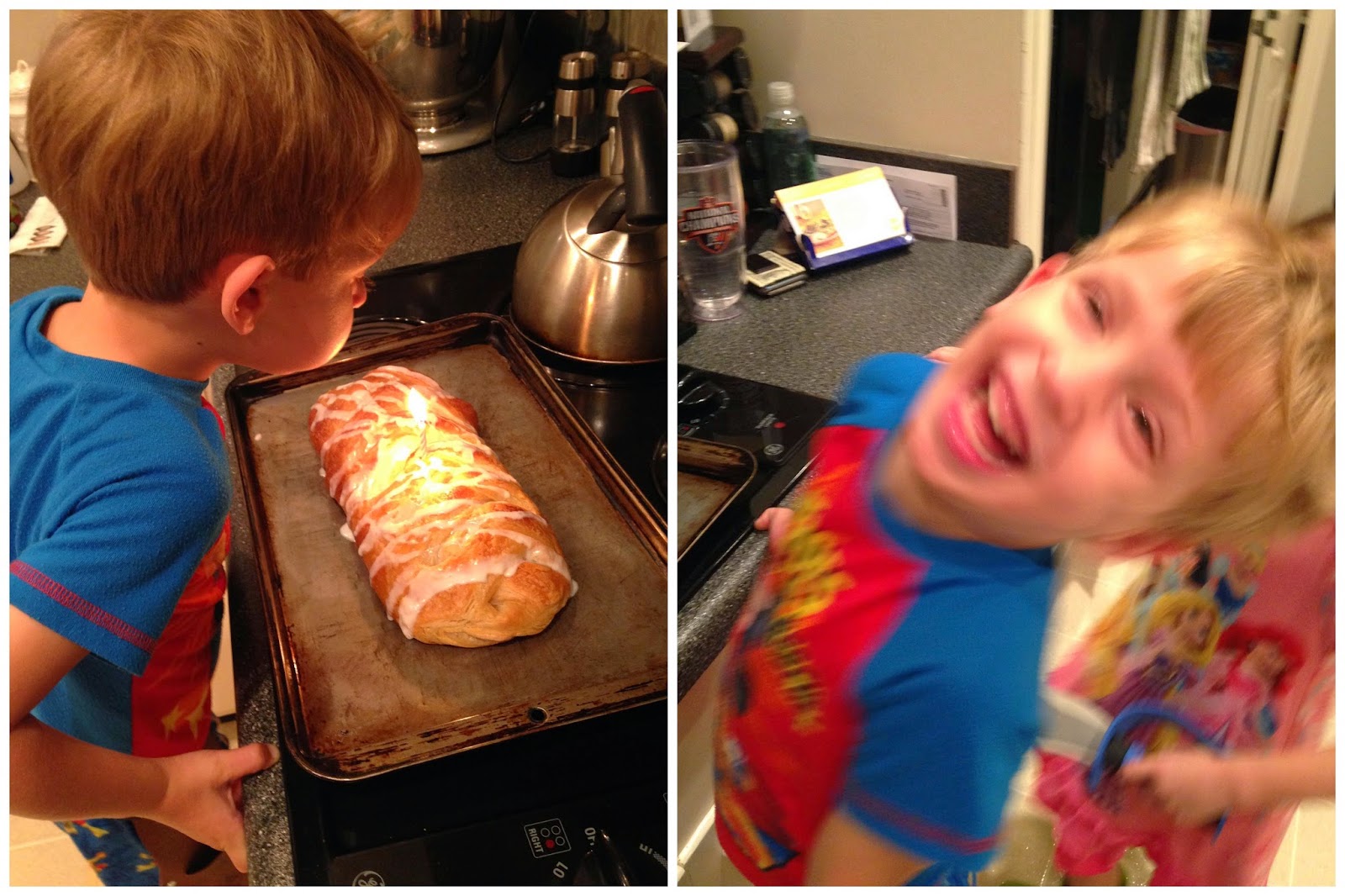 He opened presents and played with new toys. Goodnight Goodnight Construction Site floor puzzle and his “very own” real shovel!!! 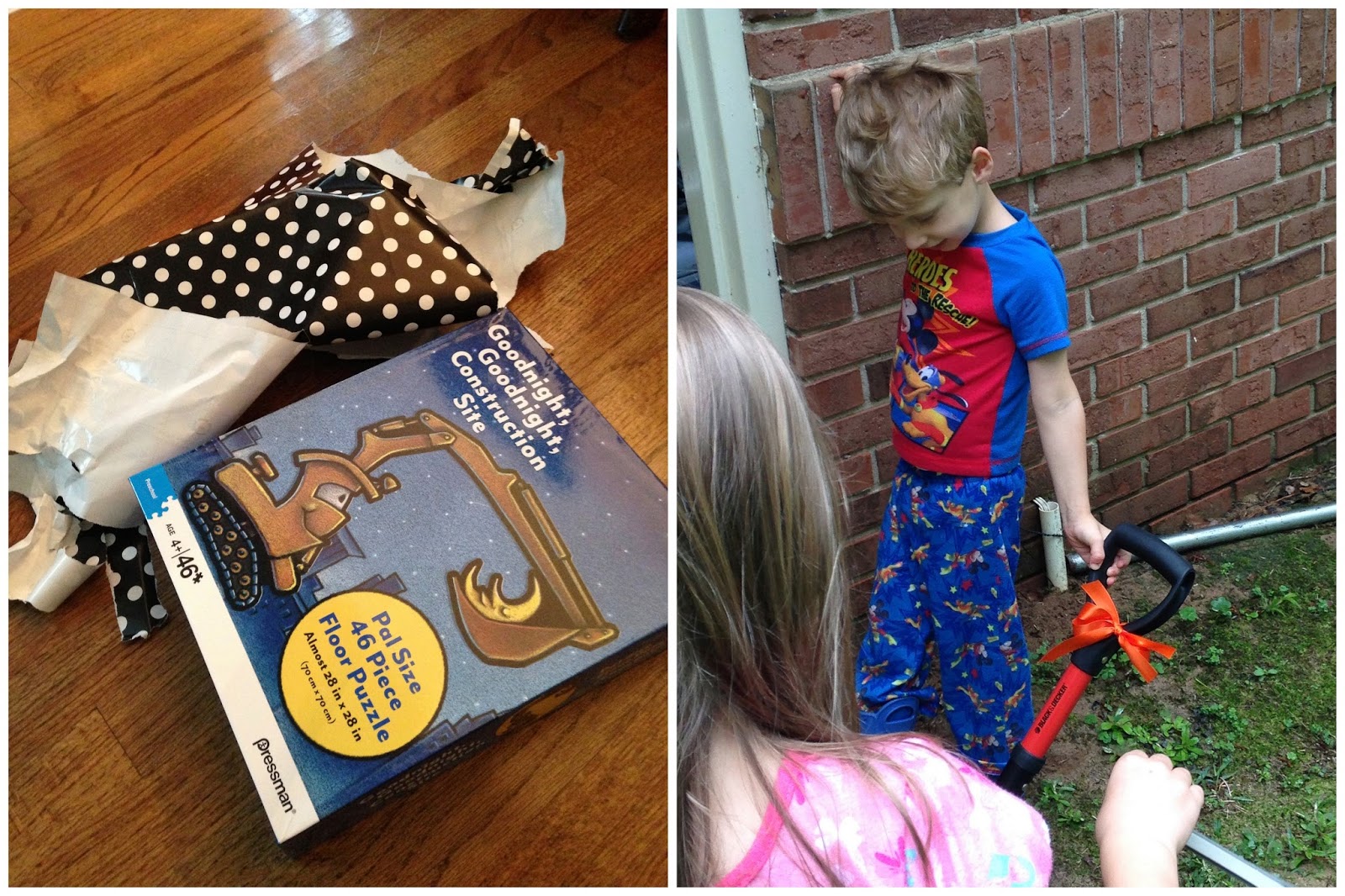 Construction pajamas and a digger wrapped it up from us. He was excited for sure! 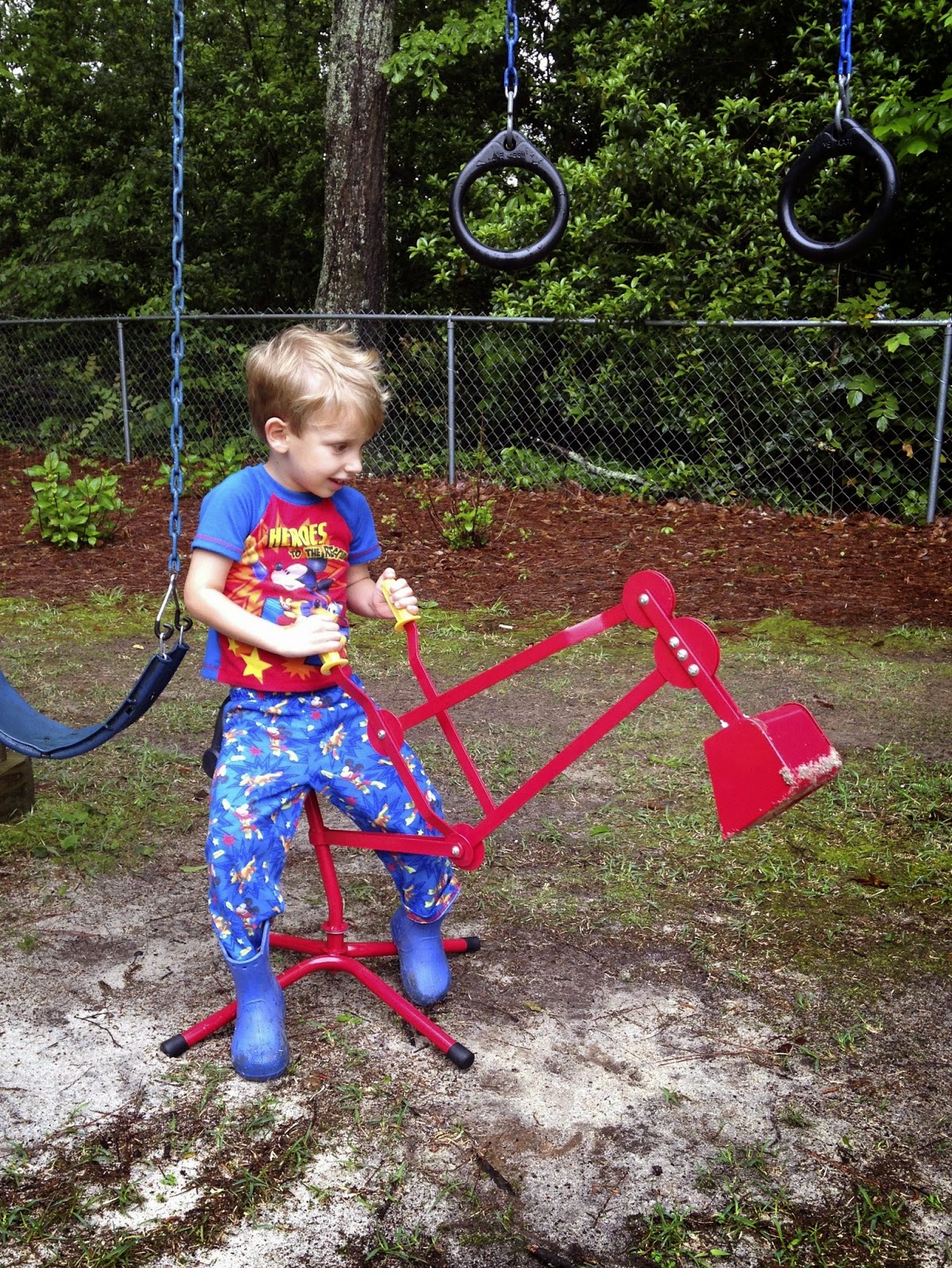 Daddy put caps in his new gun from Dr. Jennifer and Mr. Benjie. 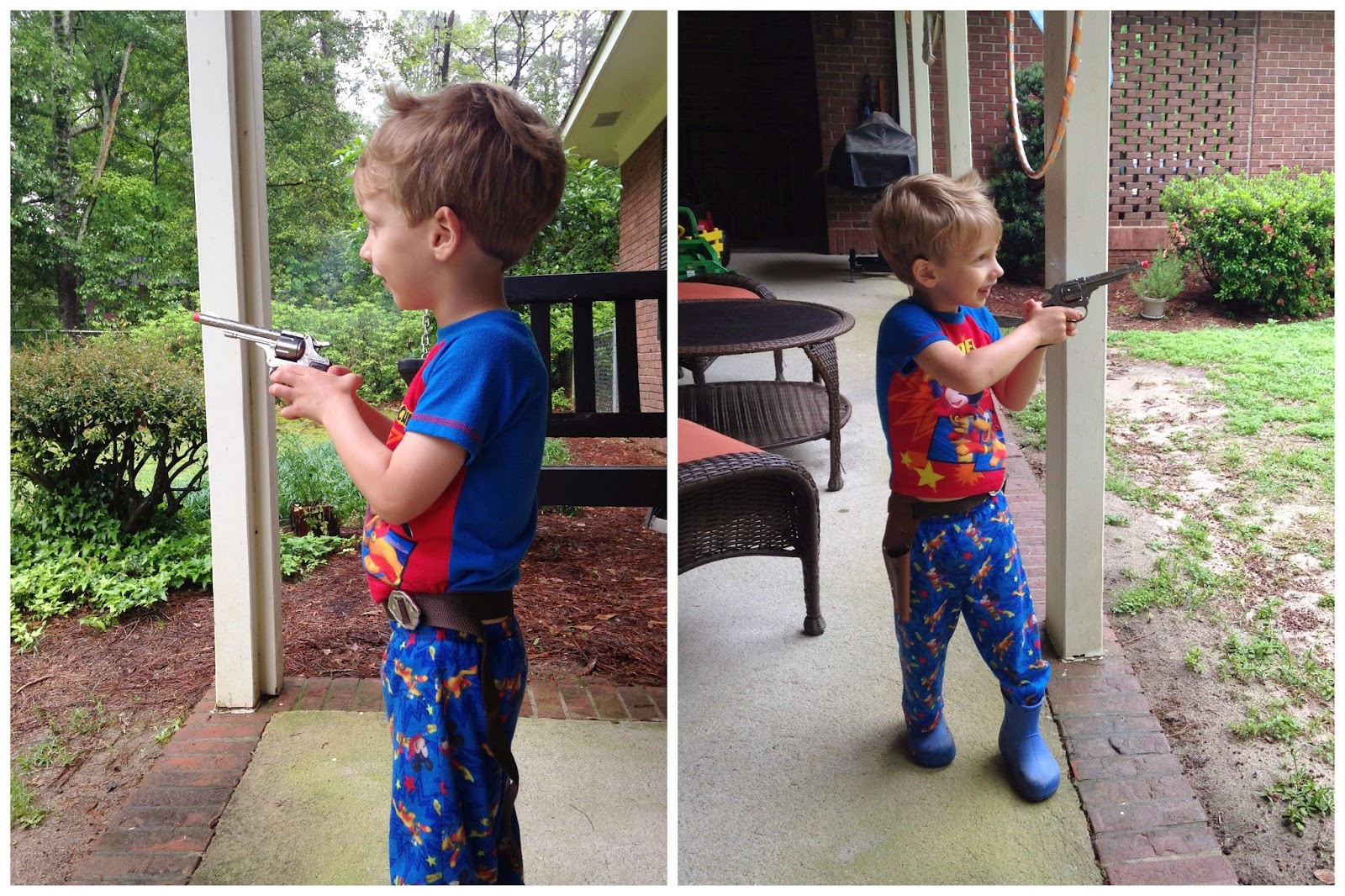 Wow, that kid was in heaven. Over. the. moon.
I love the stance. When there are no caps in the gun he does the sound effects. Even when there’s no gun around, he manages to improvise. Joe laughs when I marvel at how everything is a gun to Joseph. He’s not surprised at all; that’s how boys are!
The morning was dreary but the rain had finally stopped. We went to the empty grass lot on the church property to set up the construction site. It was wet but the good thing about a construction party is… it is a construction party. Wet or dry, as long as it isn’t raining, the show will go on! 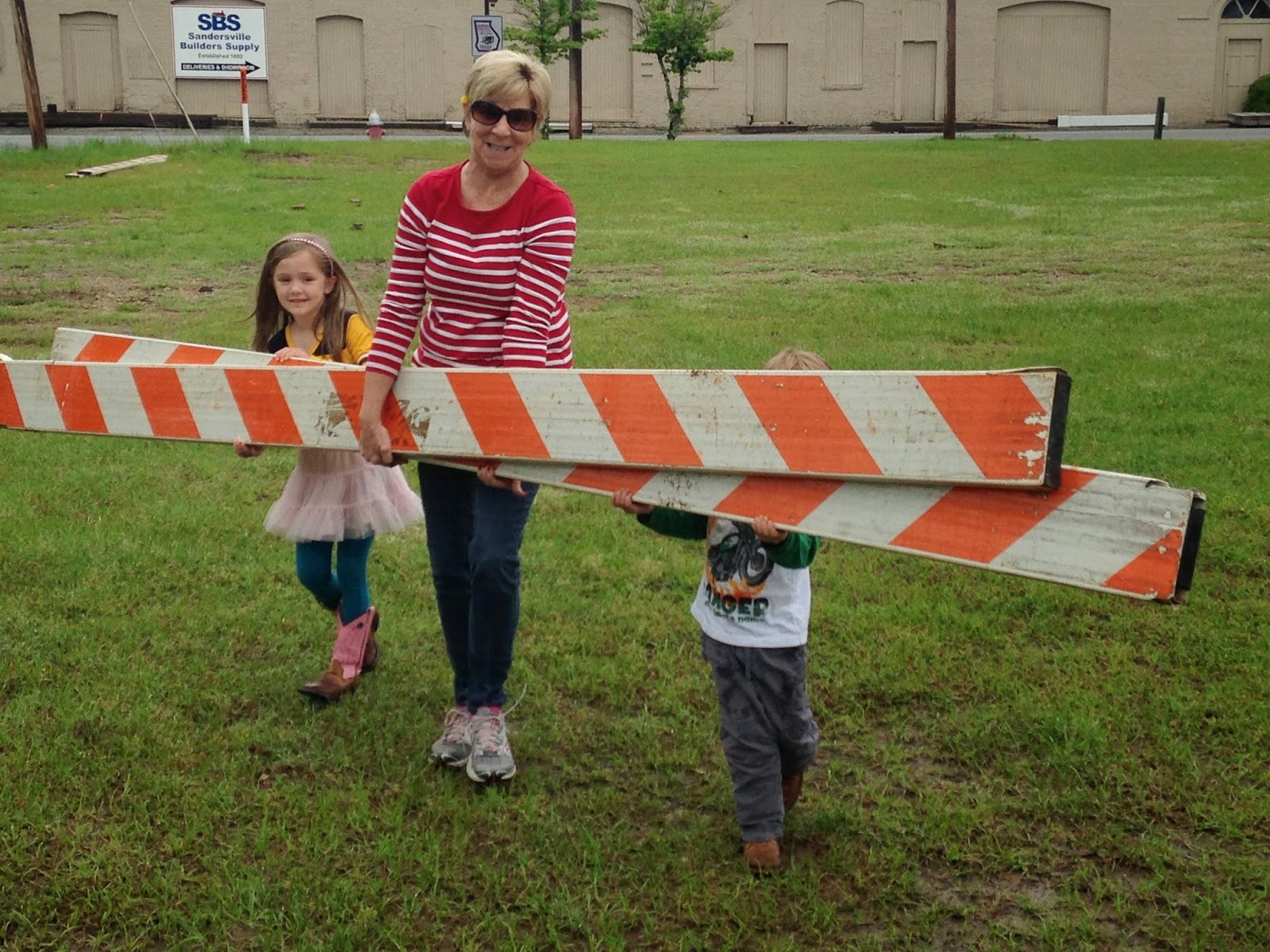 Good thing Hannah is wearing a tutu with her boots. We have to make this scene somewhat fancy, don’t we?

We called in favors to our friends in high places. One of those friends hooked us up with City of Sandersville barricades. 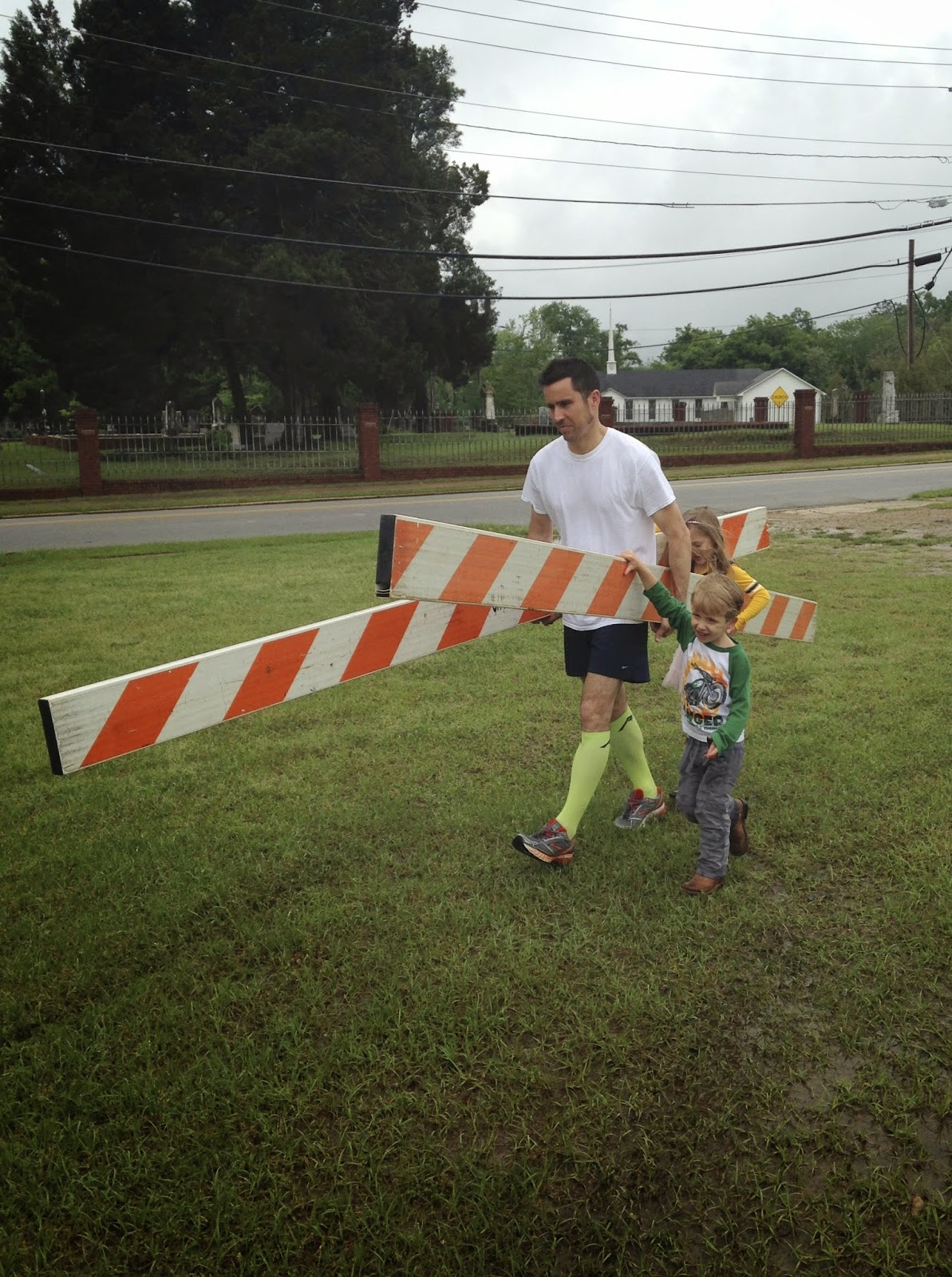 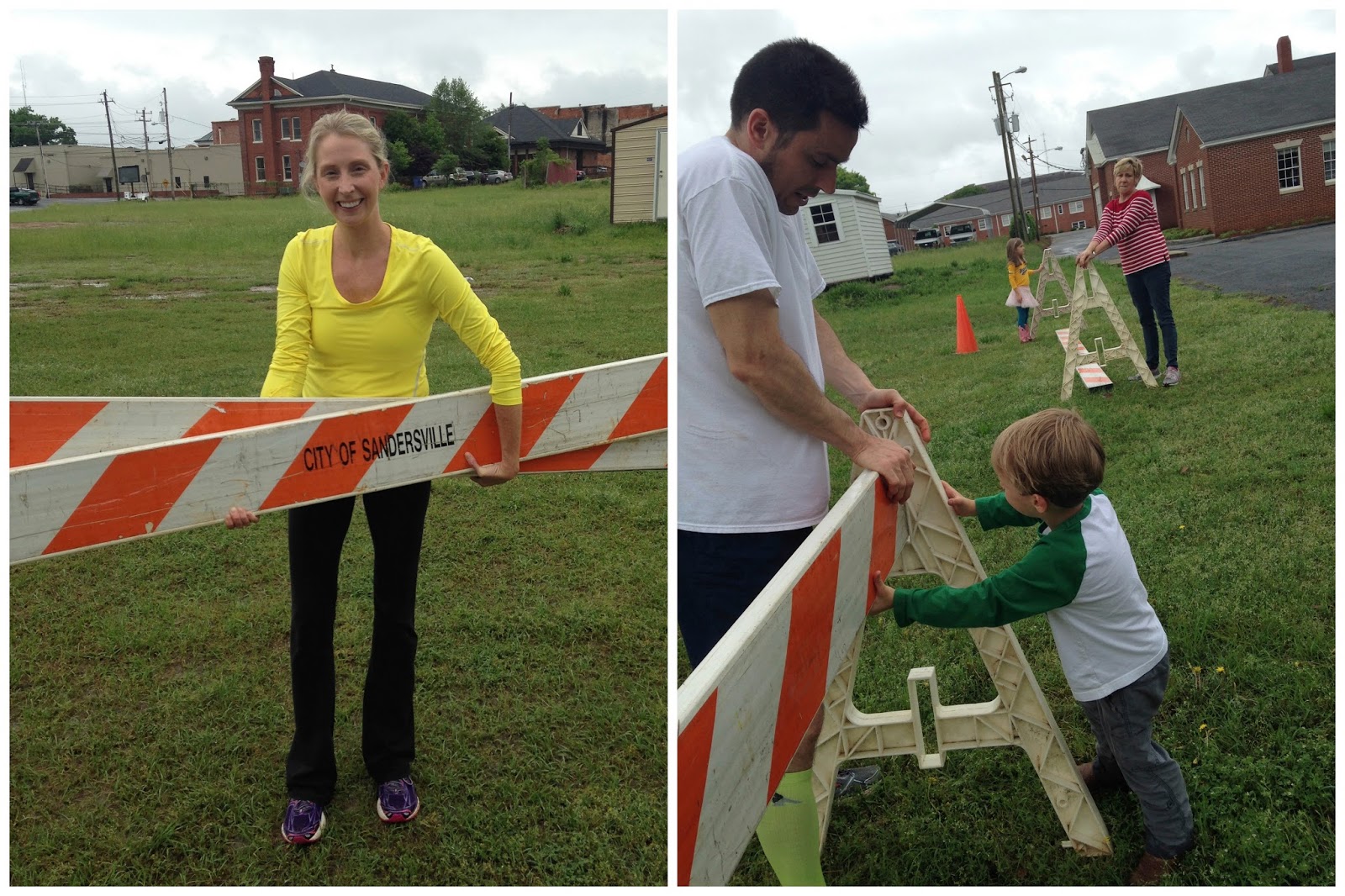 Becky and David arrived with the dirt and the guys loaded up one of the kiddie pools, burying chunks of kaolin (the gold around here: a white clay used in making many products including paper and paint) in the process. 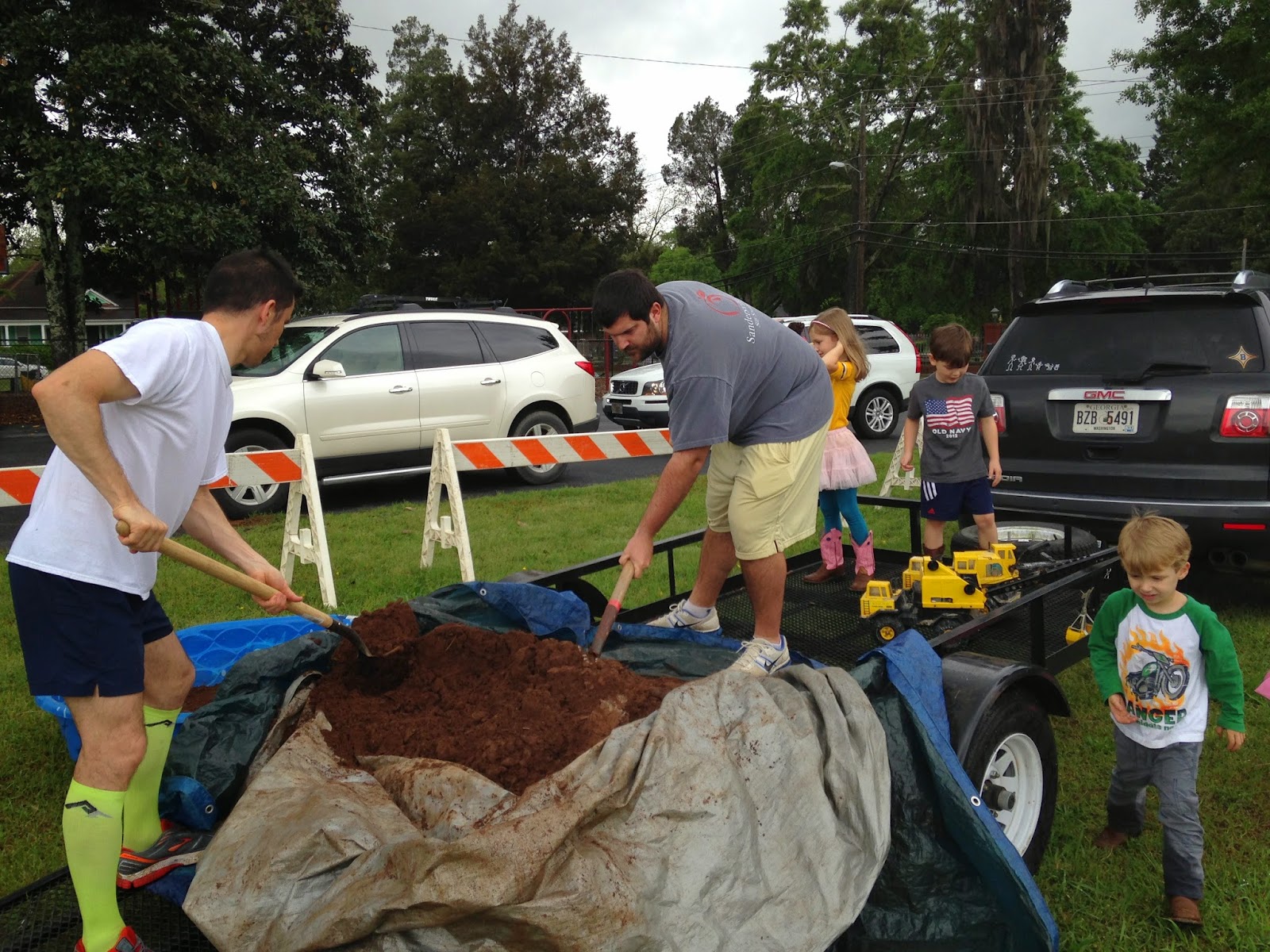 And then this baby made its much-anticipated arrival: 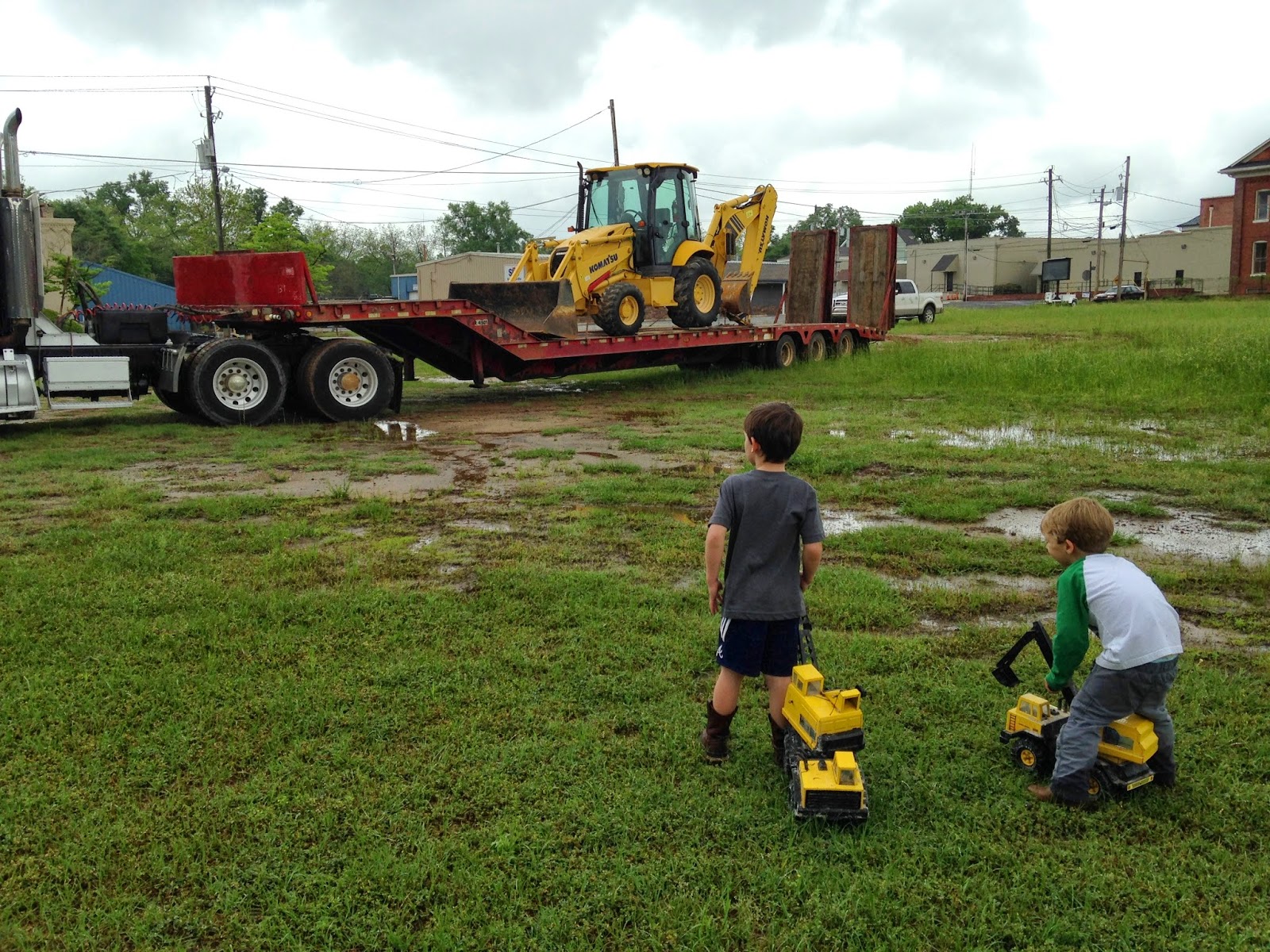 A friend’s dad owns an industrial contracting company and she had a backhoe delivered. The little boys swooned. 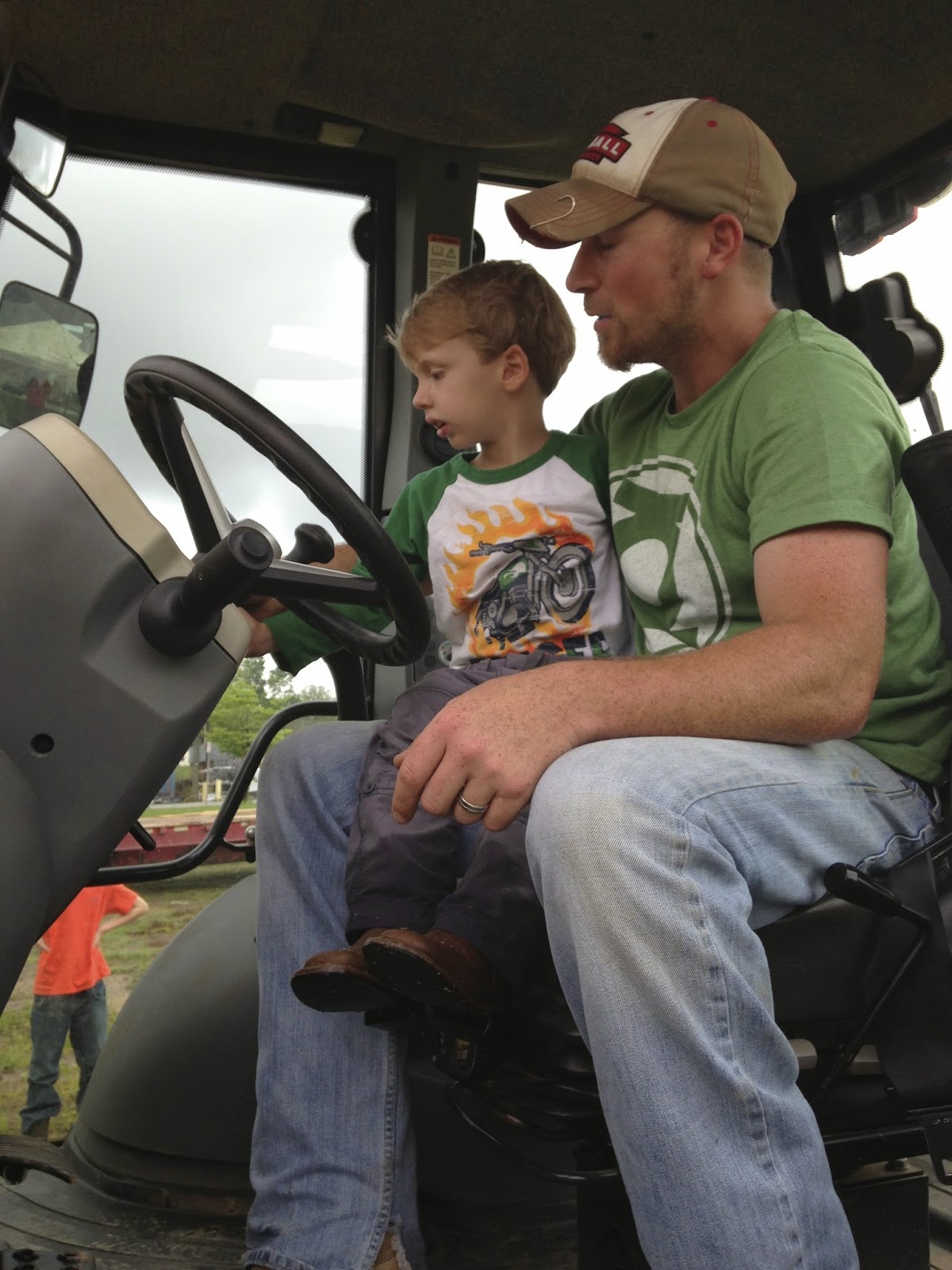 …and even the little girls. 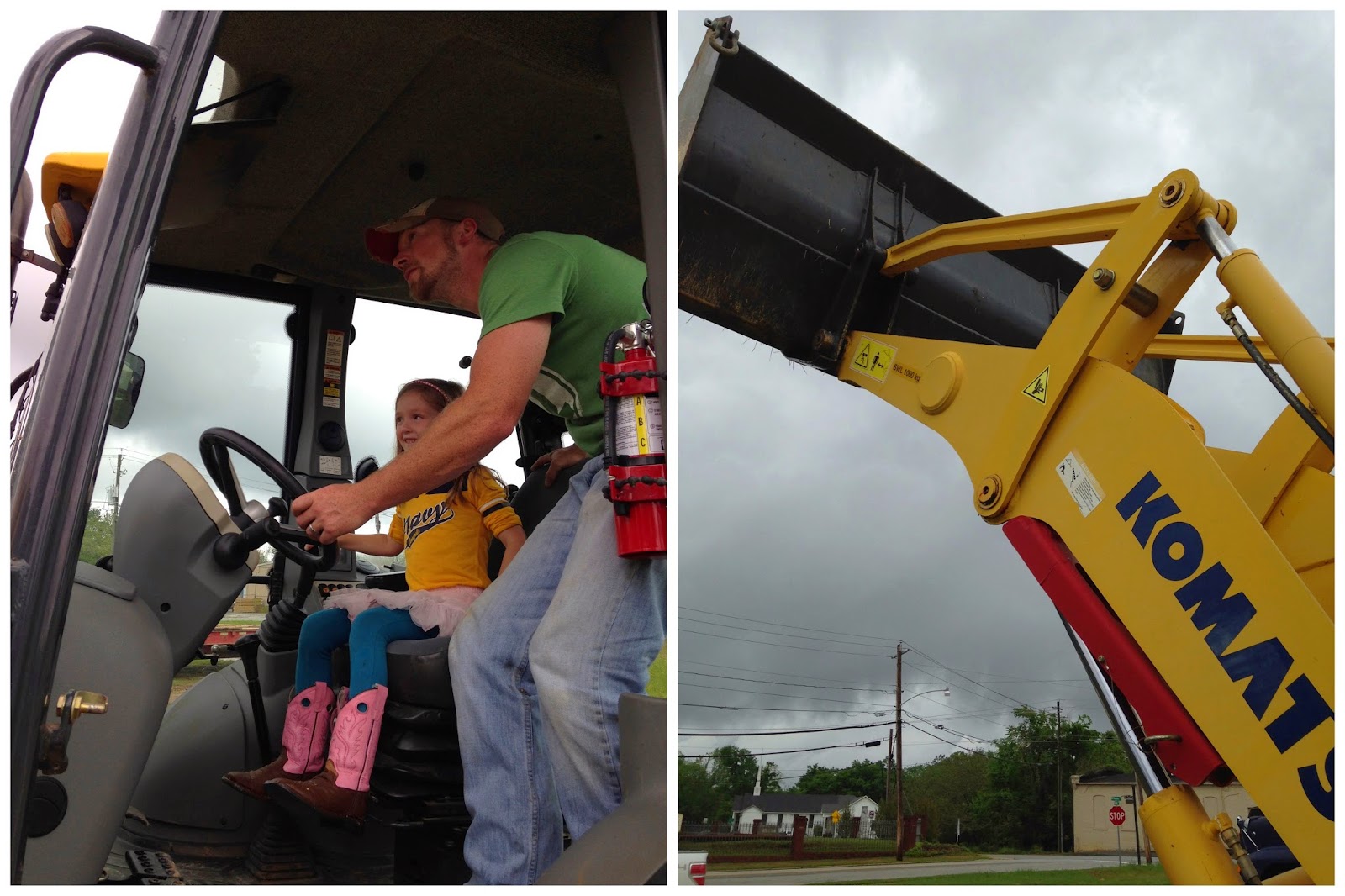 As the gray sky continued to threaten, we went back home and had an indoor picnic at Joseph’s new table from Meme. He loves picnics. 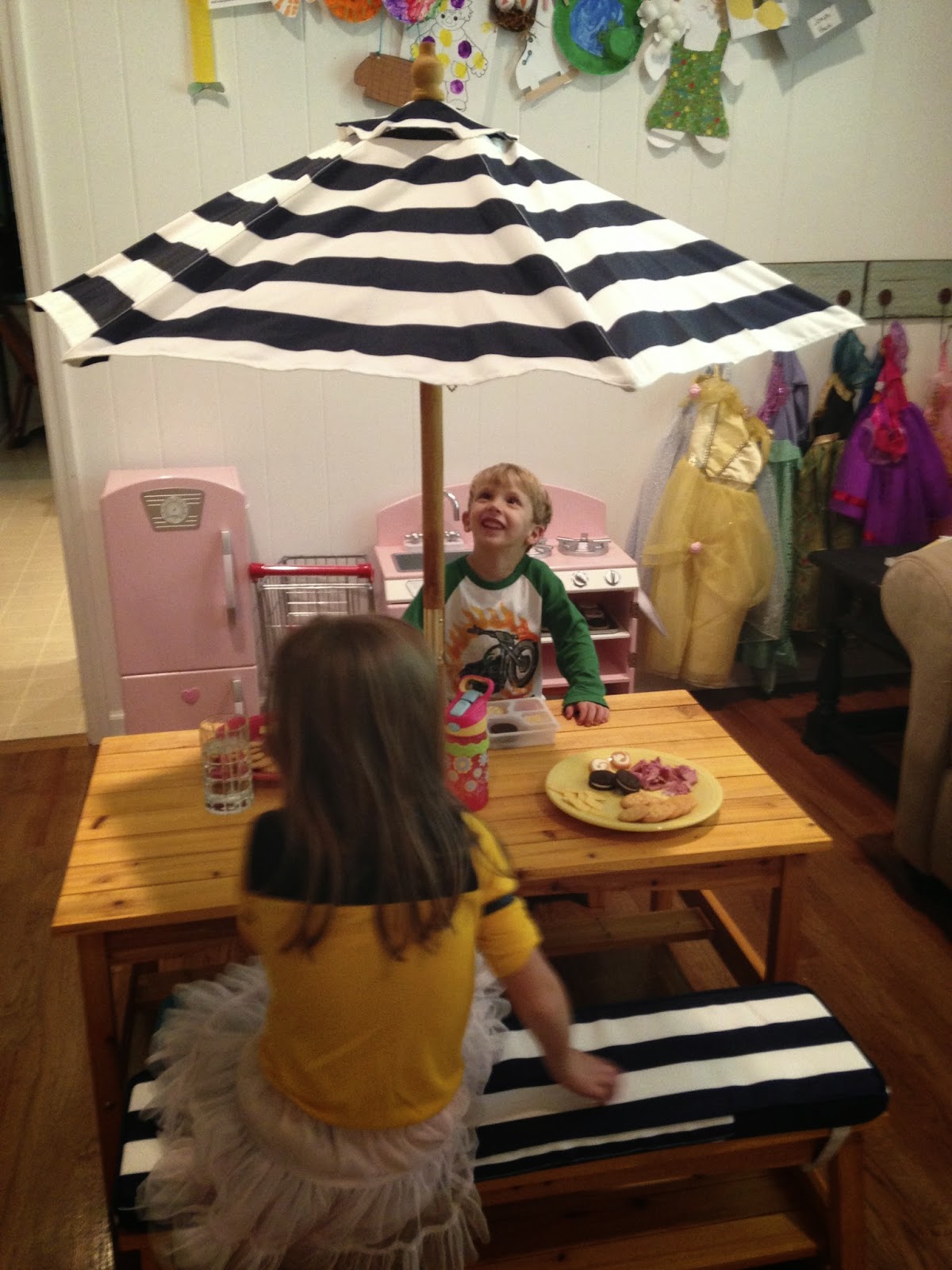 Skipping nap time, it was back to the construction site in the afternoon to set up. It’s almost party time! And the sky was clearing!! 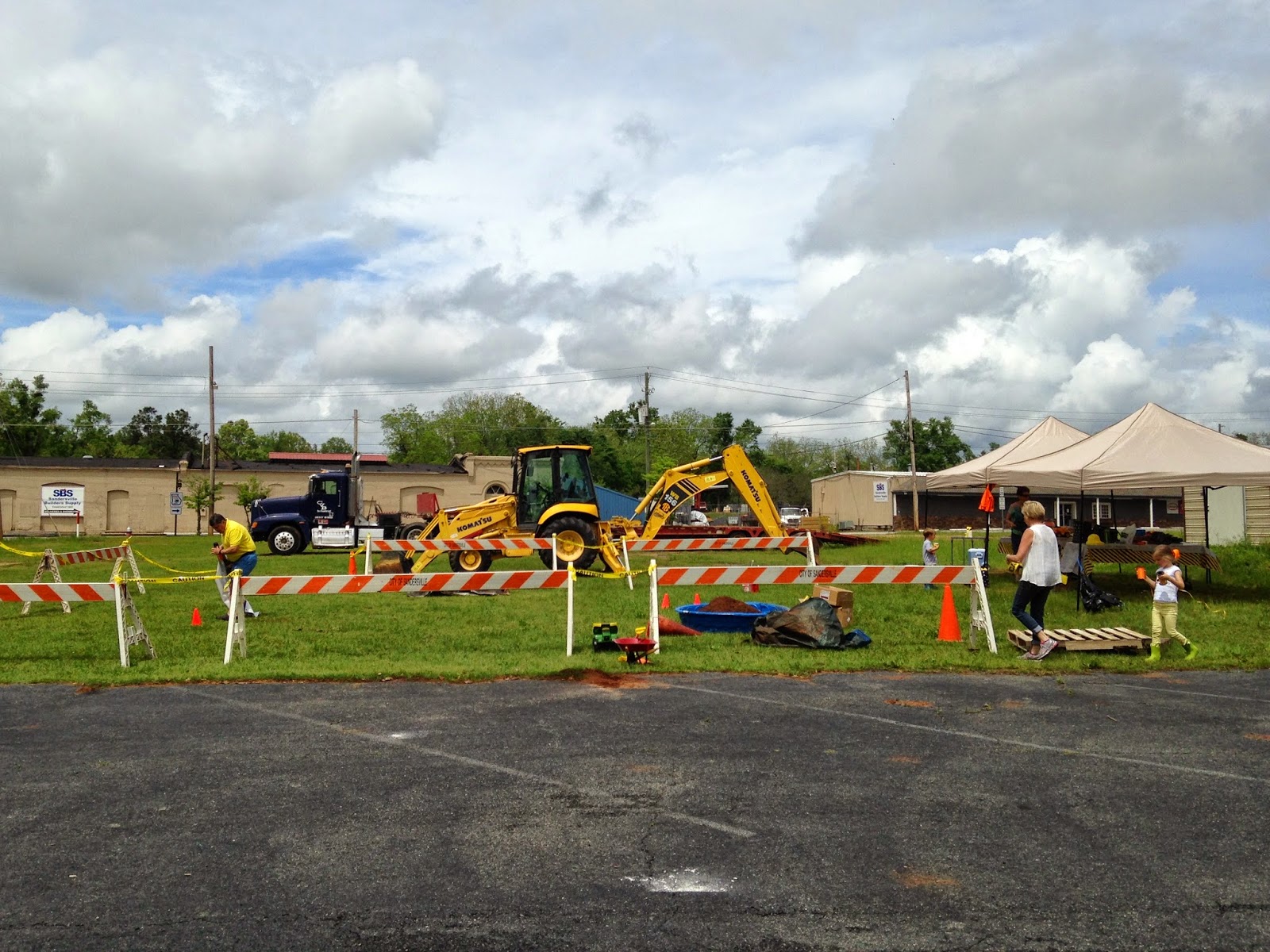 I just got all the images from our photographer friend (same lady who took pictures for Hannah’s 4th Fancy Nancy soiree). There are so many. Two disks. So I’ll go through all those and choose some to post on the blog, but for now I’ll post a couple Joseph took (one of the photographer)… 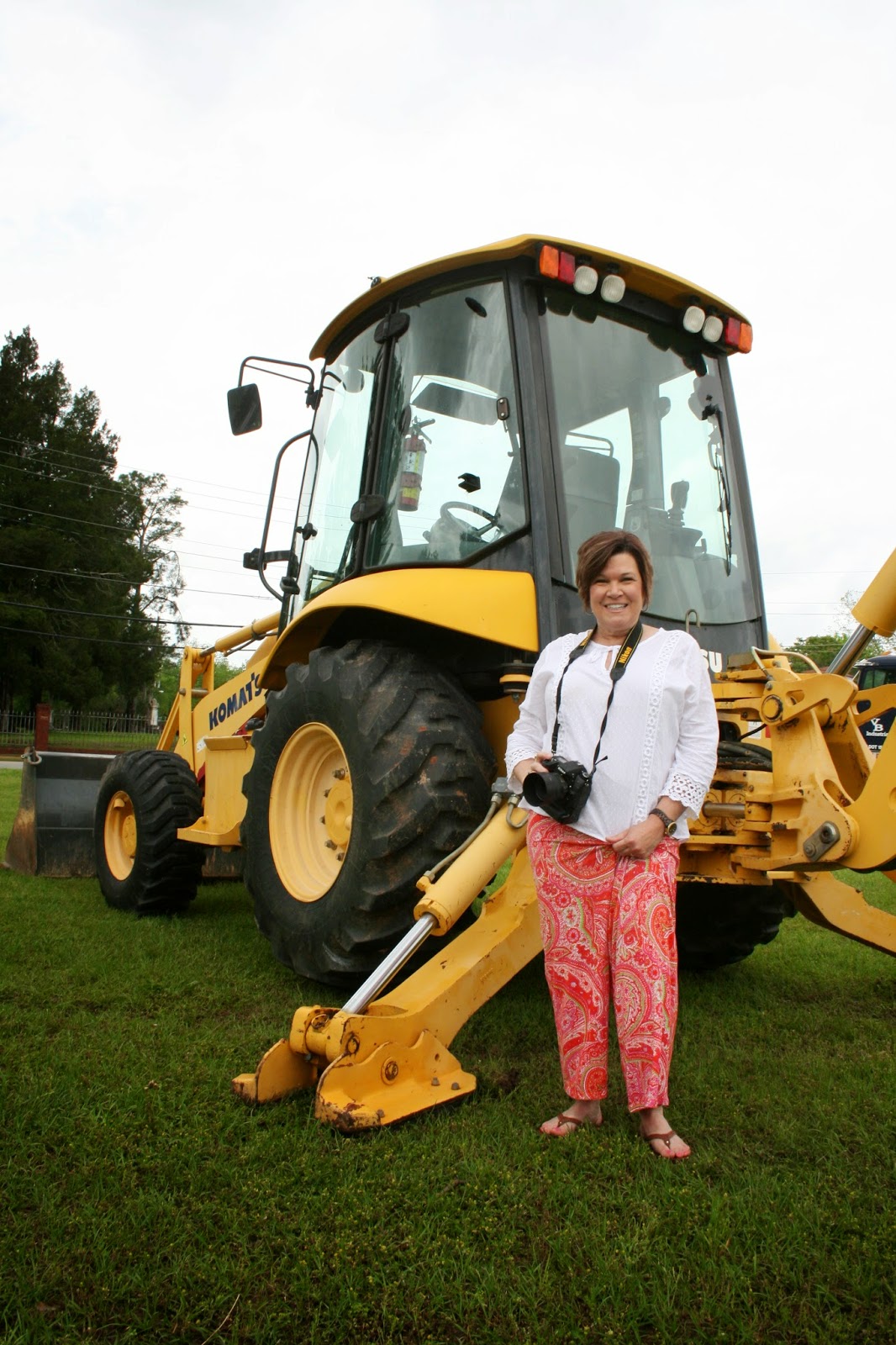 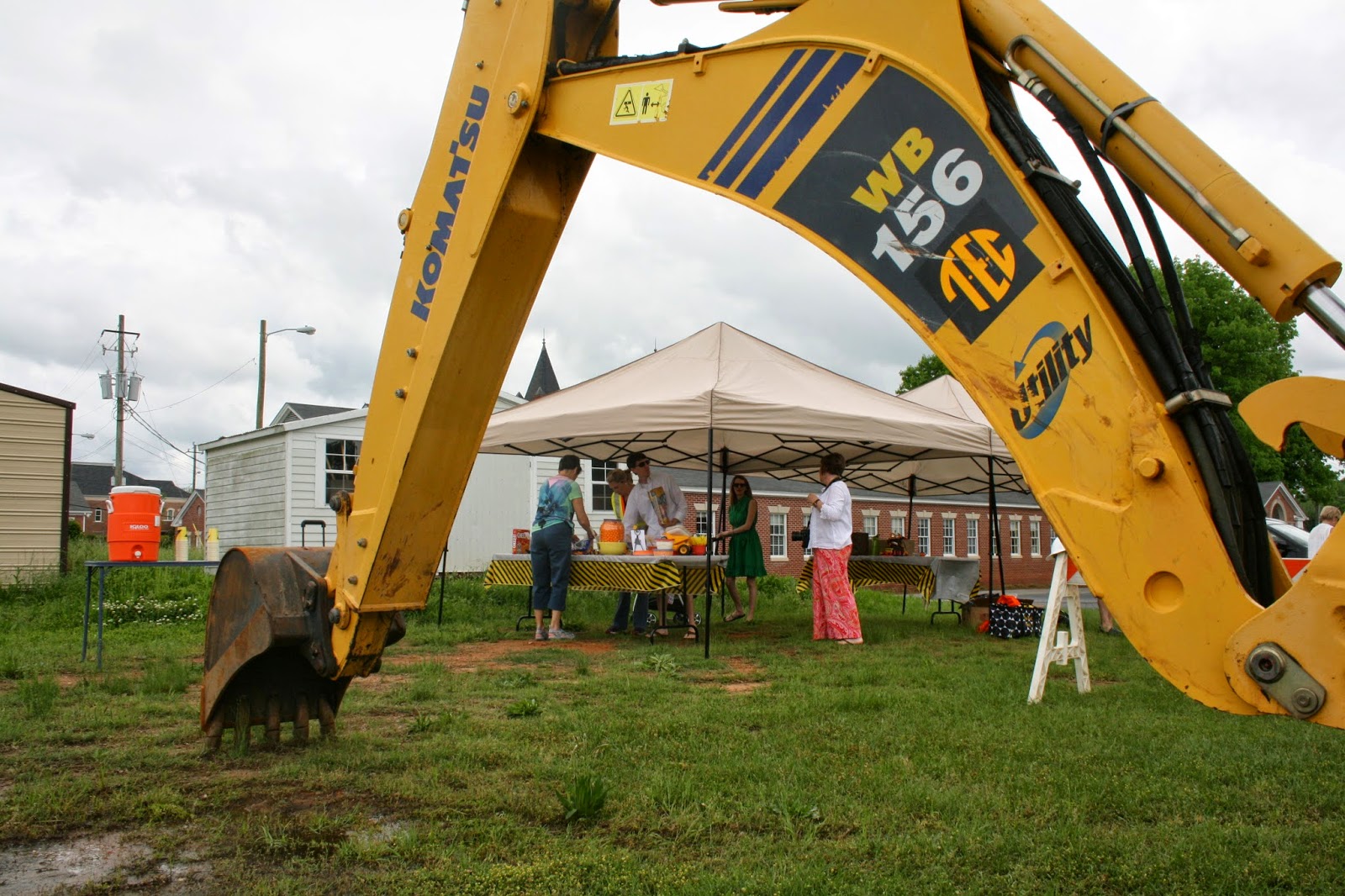 Be back with more!