Meme and I took the kids to Noah’s Ark in Locust Grove yesterday. We had such a good time seeing the animals and hearing some of their stories. Noah’s Ark is a sanctuary for orphaned children and a forever home for abused and unwanted animals. The founder, Jama Hedgecoth, says this is God’s purpose for her life and her story is amazing! Their website can tell you more. They are also on Facebook and Instagram, posting the sweetest pictures of their friends everyday. 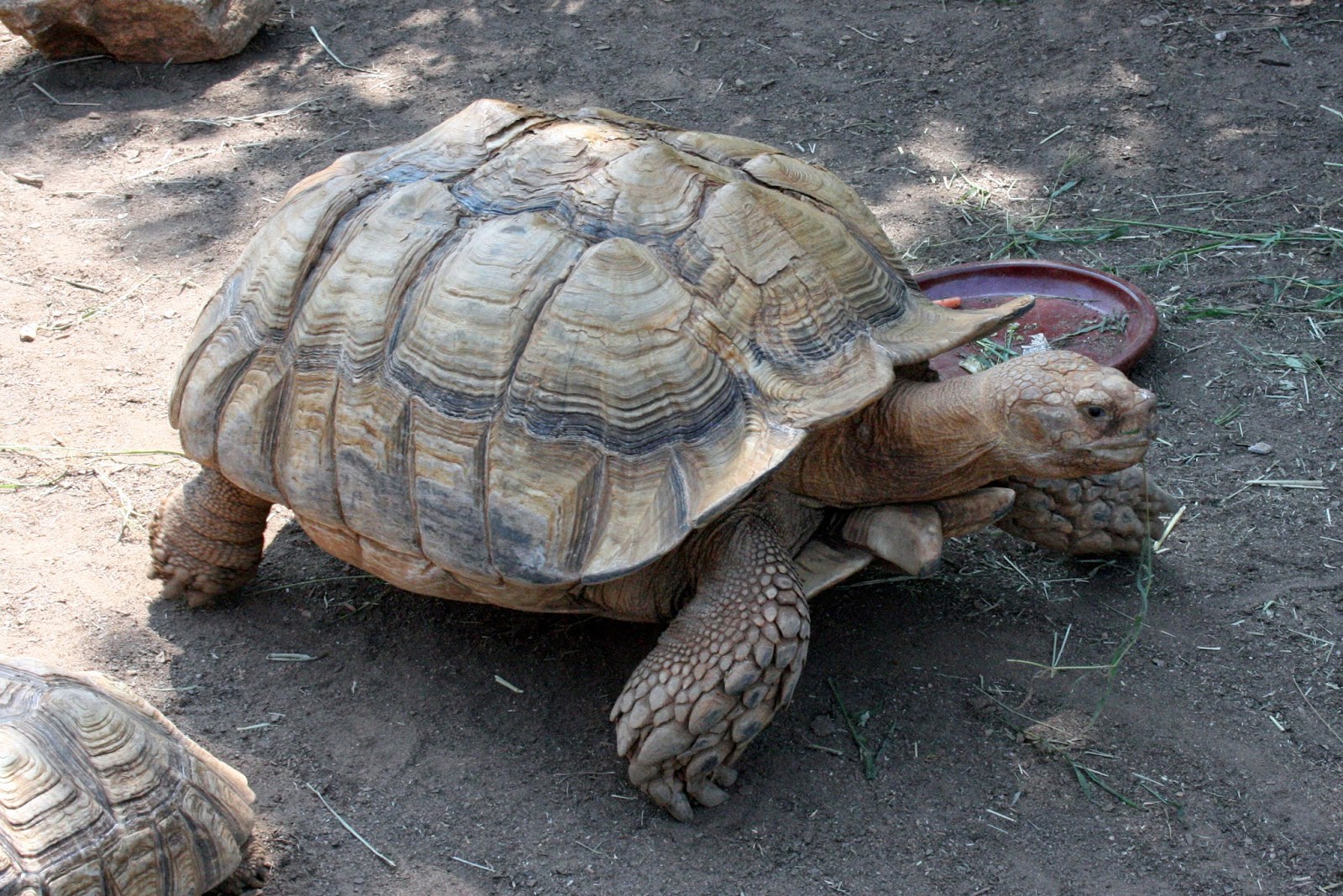 This tortoise is gigantic. All of the other guys and gals in the cage can get through the cyclindrical barricades, but not this guy. He really seemed to want to get to Hannah and, as she stood at the fence, he kept ramming himself into the poles. It was sad, but at the same time I’m glad those poles were there. Thinking there is a reason they don’t want that big tortoise that close to the fence… 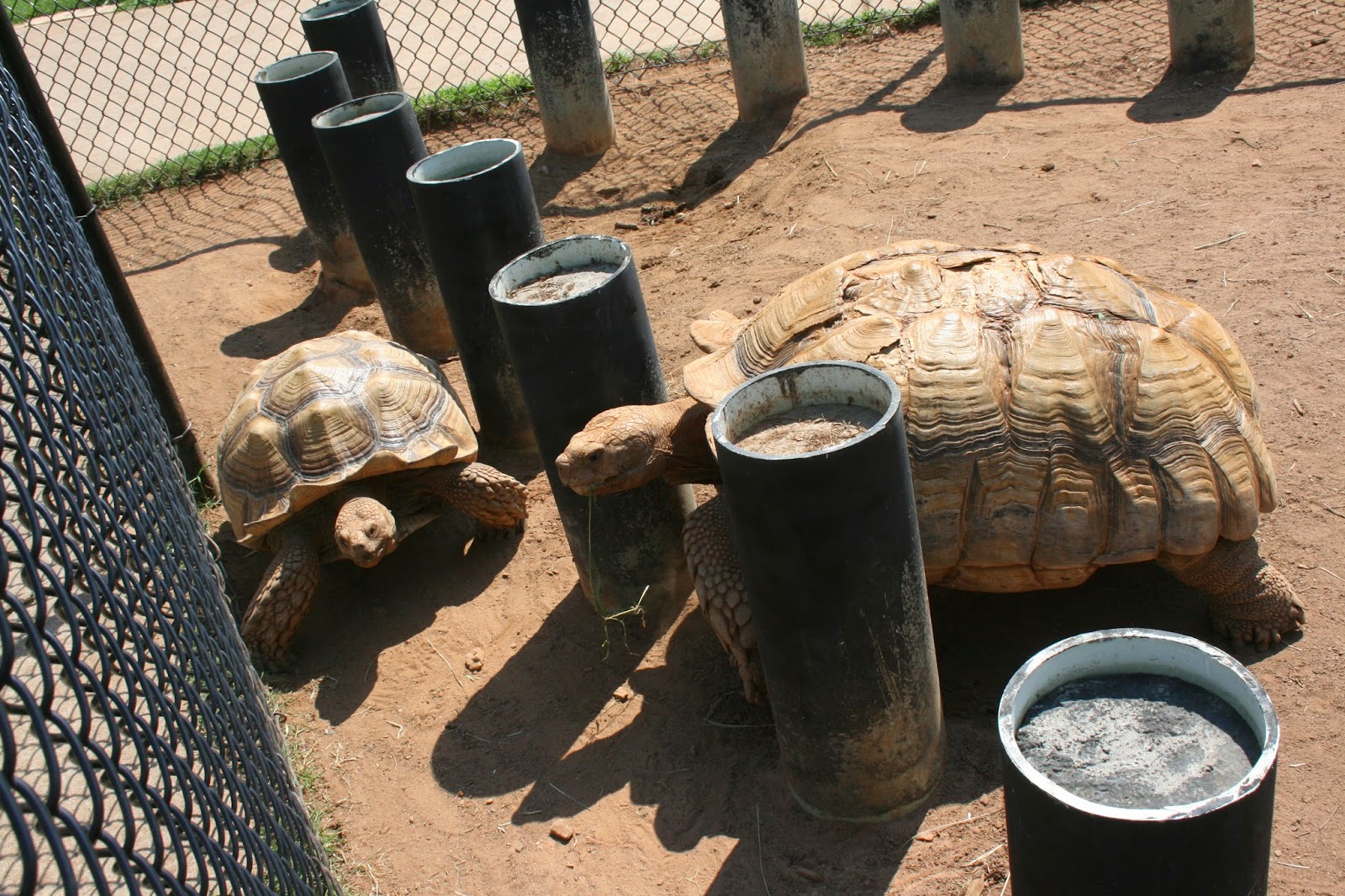 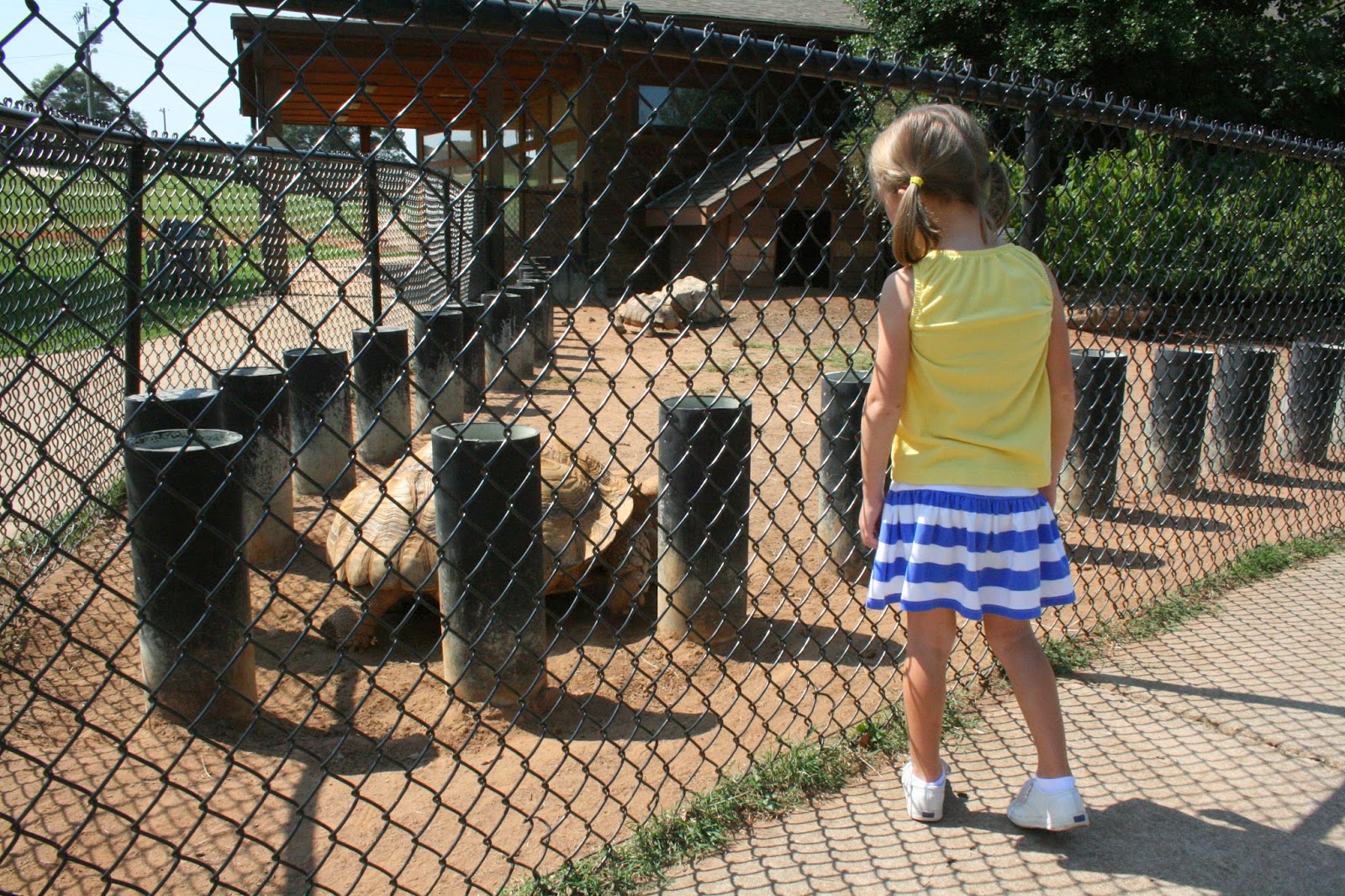 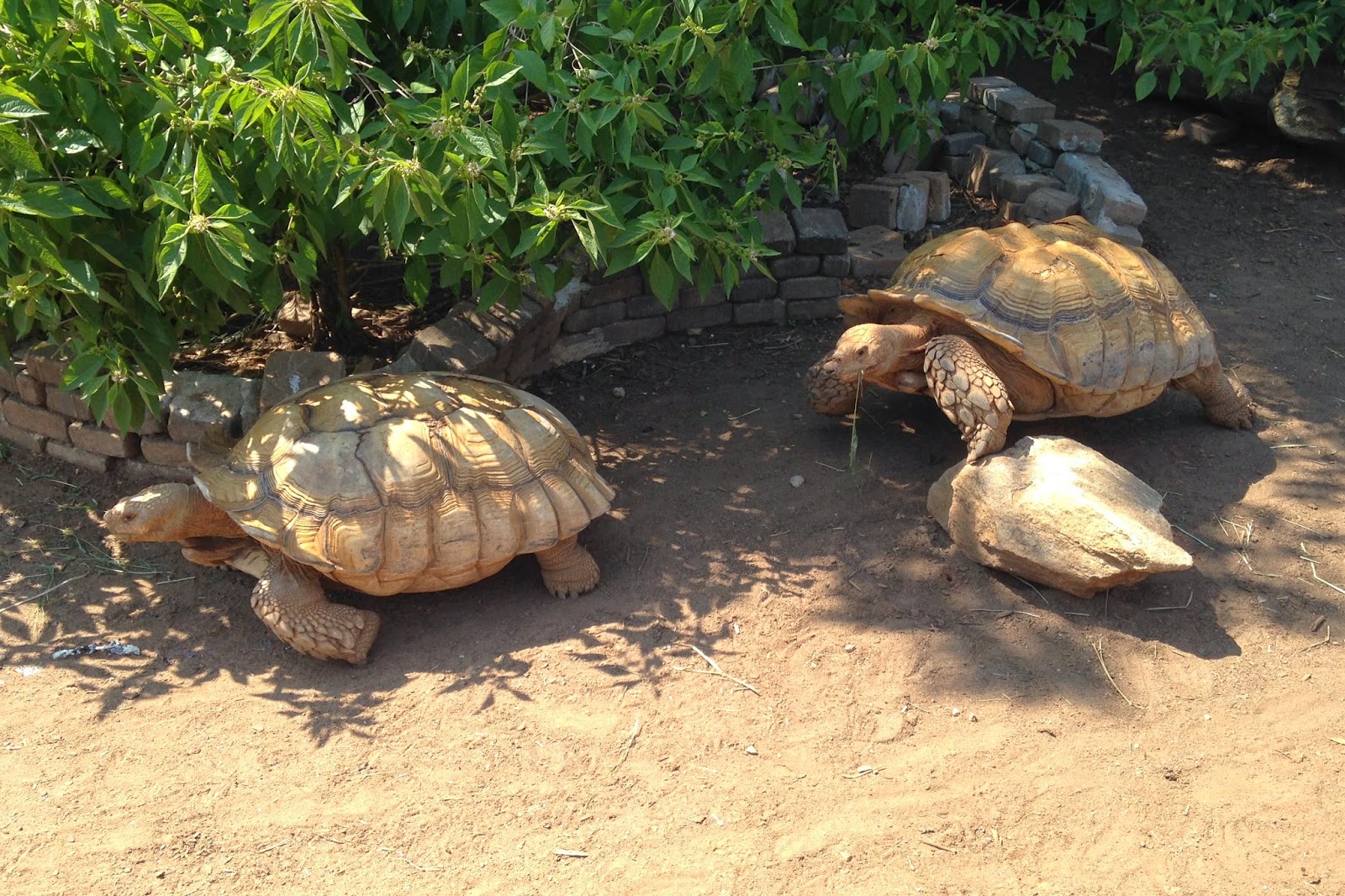 We had to wait until noon for the main animal habitats to open, so we spent a little time with the emus. It was entertaining watching their necks zig zag as their eyes followed our movement. 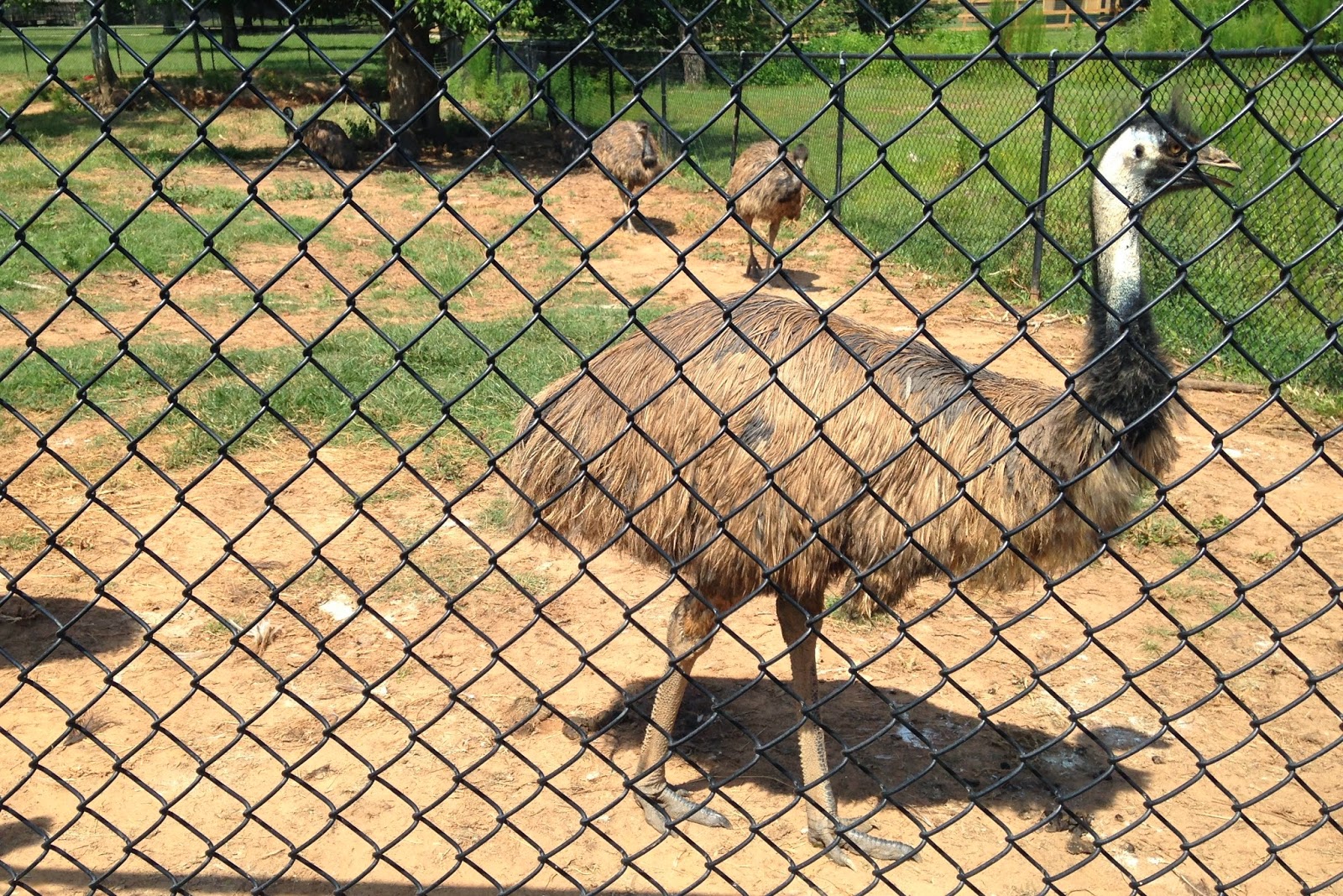 Pretty peacock just roaming around on his own… 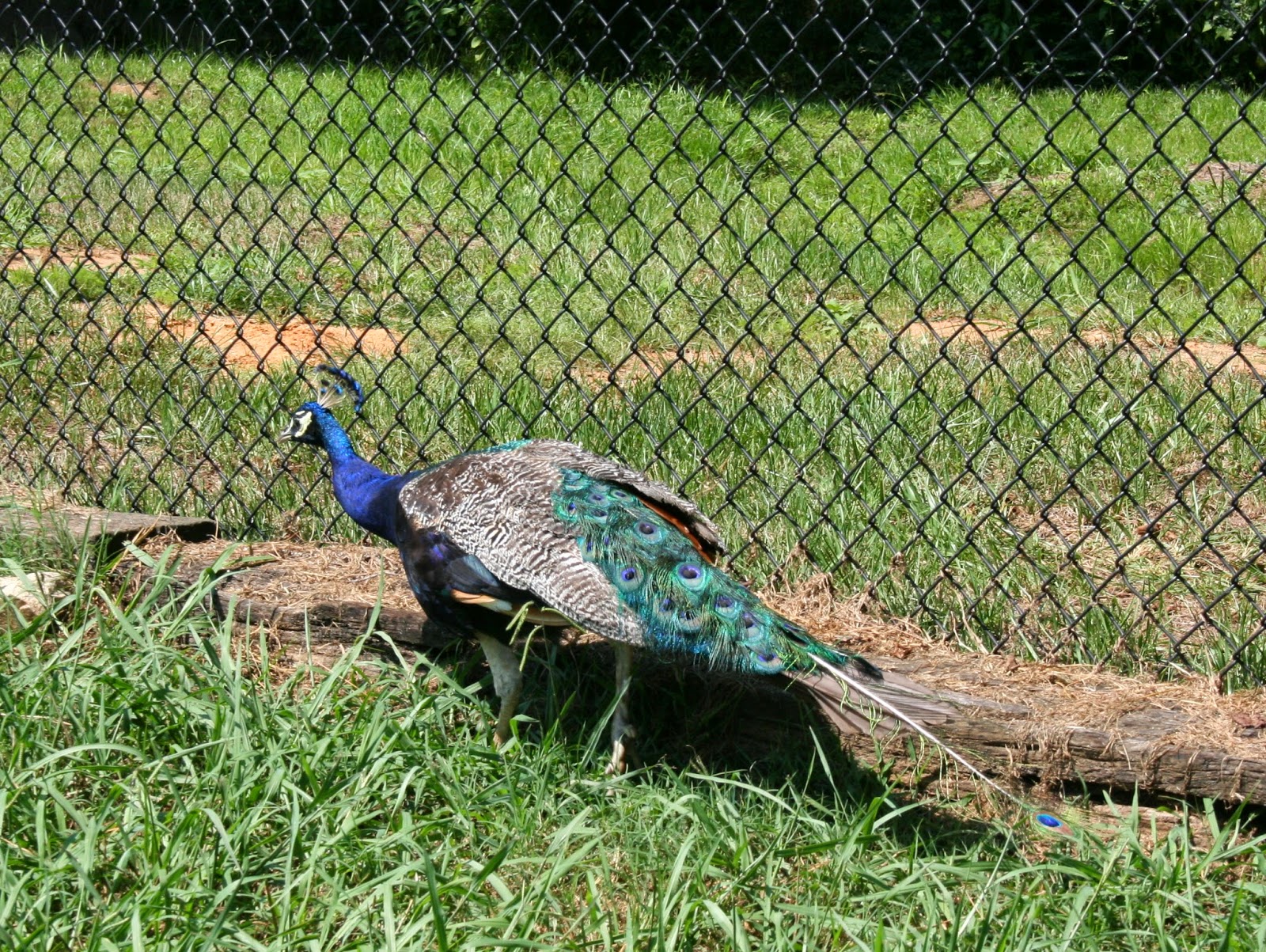 After walking past some goats, donkeys and other farm-type animals, we came to Golden’s cage: 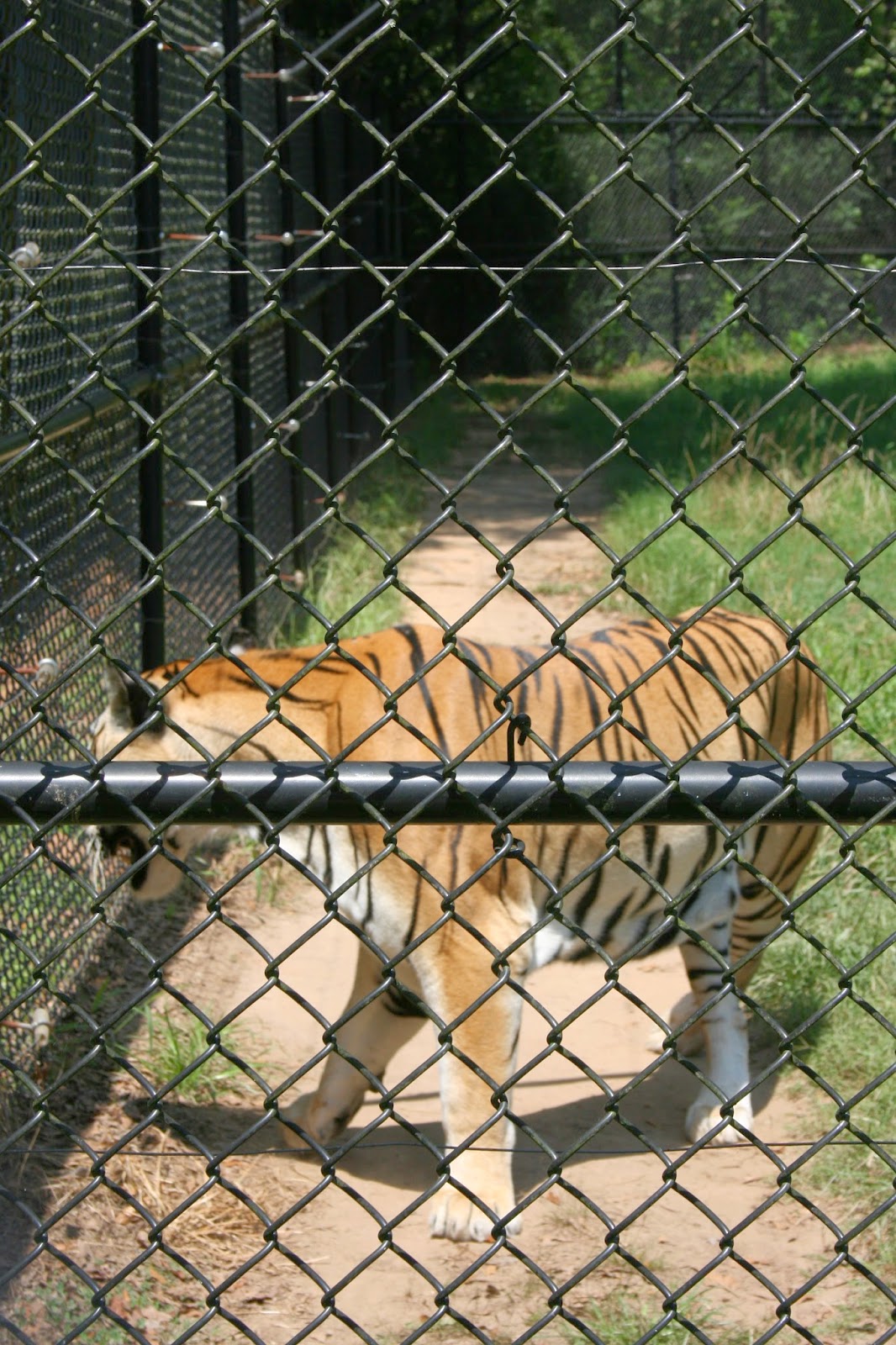 He is 3 1/2 years-old and apparently having a hard time making friends – or he just wants his cage to himself. The last two girl tigers they introduced into his habitat didn’t go so well. He seems to have a sassy personality. Just as we walked up, before I could even get my camera or phone ready, he leapt in the air to a low-hanging tree branch, sending everybody back a few feet. A staffer standing nearby said she had never seen him do that. He saunters around and stretches out for brief naps. More pictures of him later. 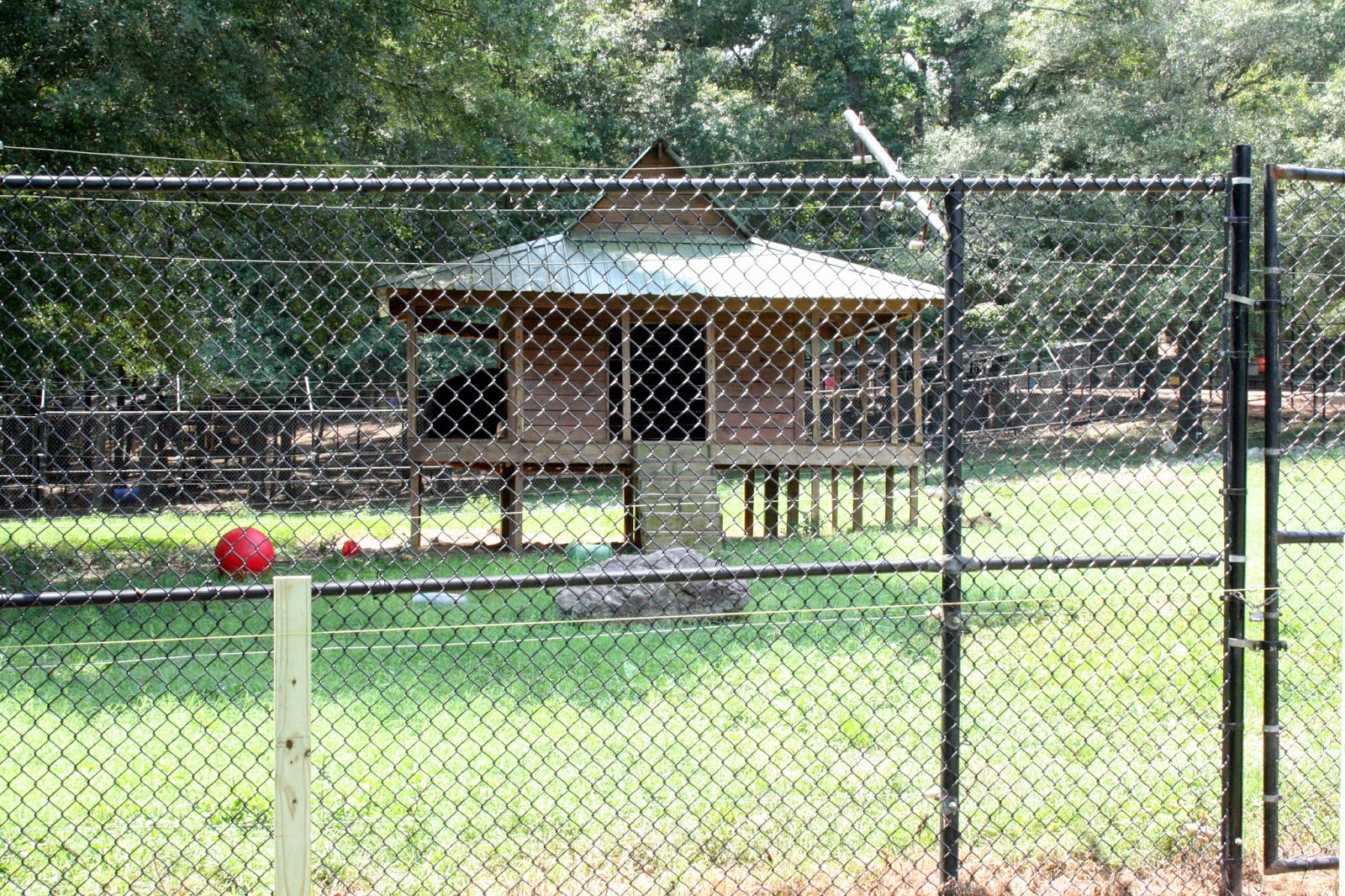 Noah’s Ark has a really neat set of residents called the “BLT” – a bear named Baloo, a lion named Leo, and a tiger named Shere Khan. They live and play together in the same enclosure, never separated. The cubs were confiscated from a drug dealer’s basement and brought to Noah’s Ark in 2001 at just a few months old. Unfortunately, we only got to see Baloo and he never moved from his spot on his porch (that’s the big black blob above). 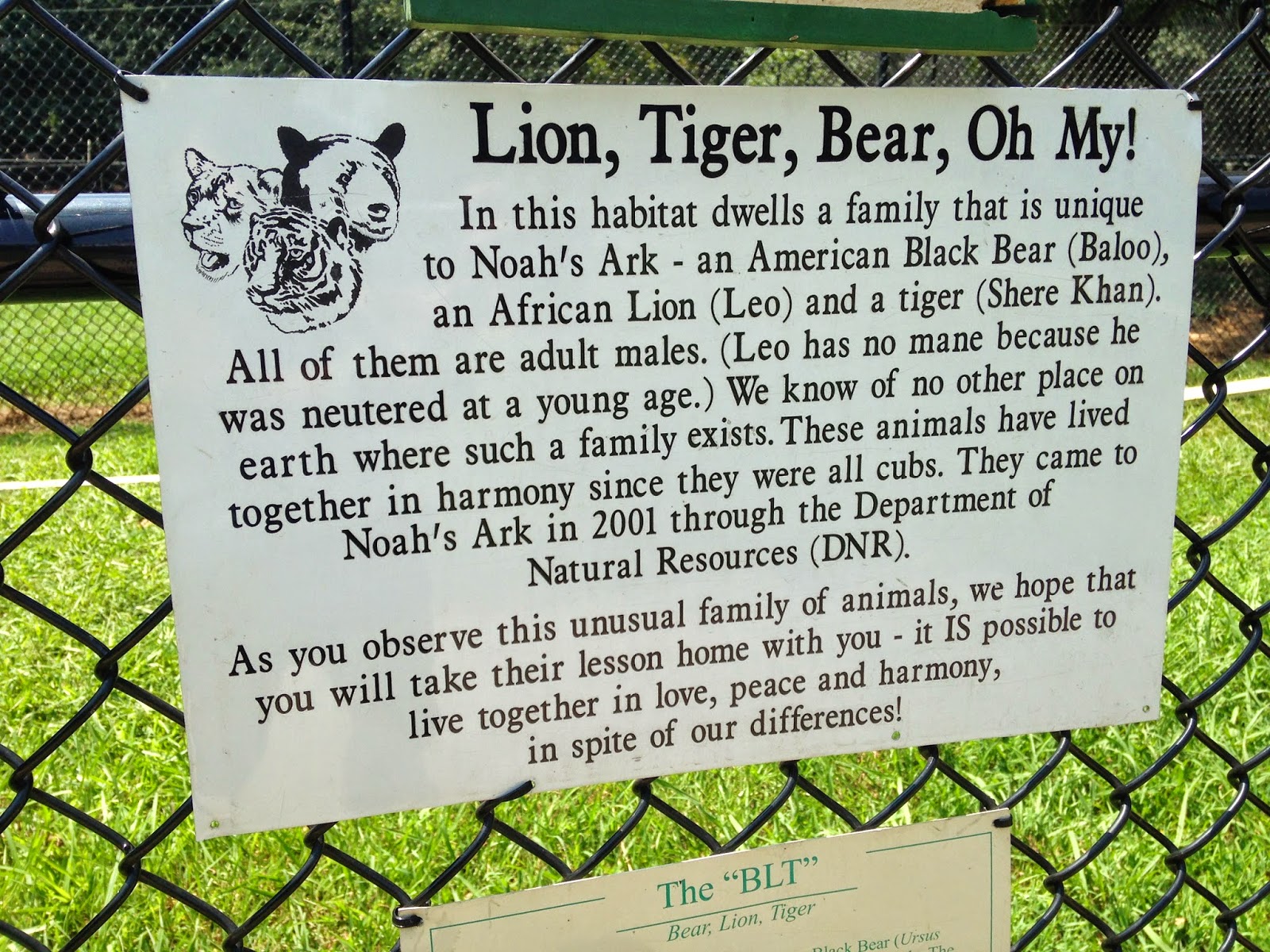 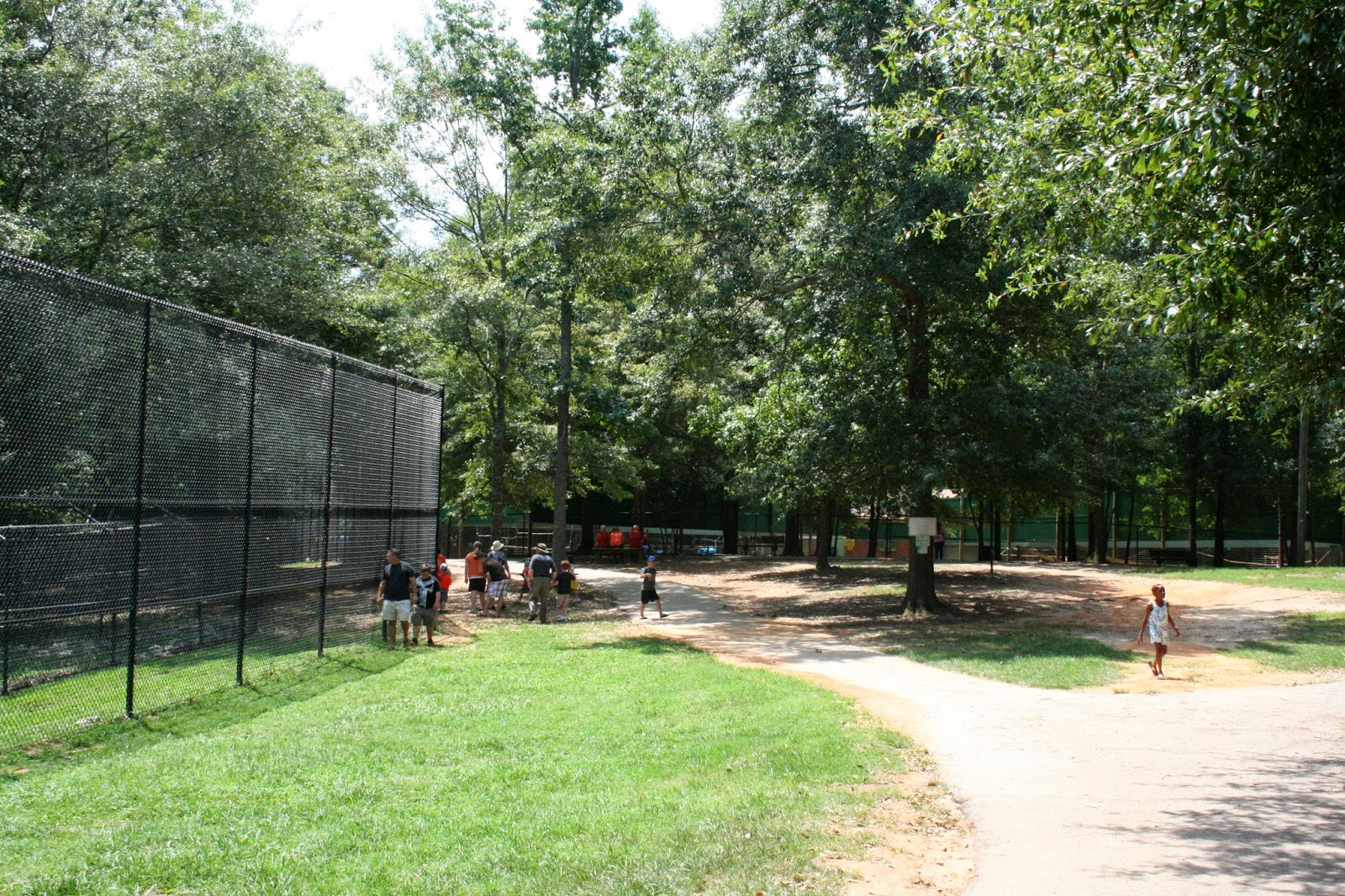 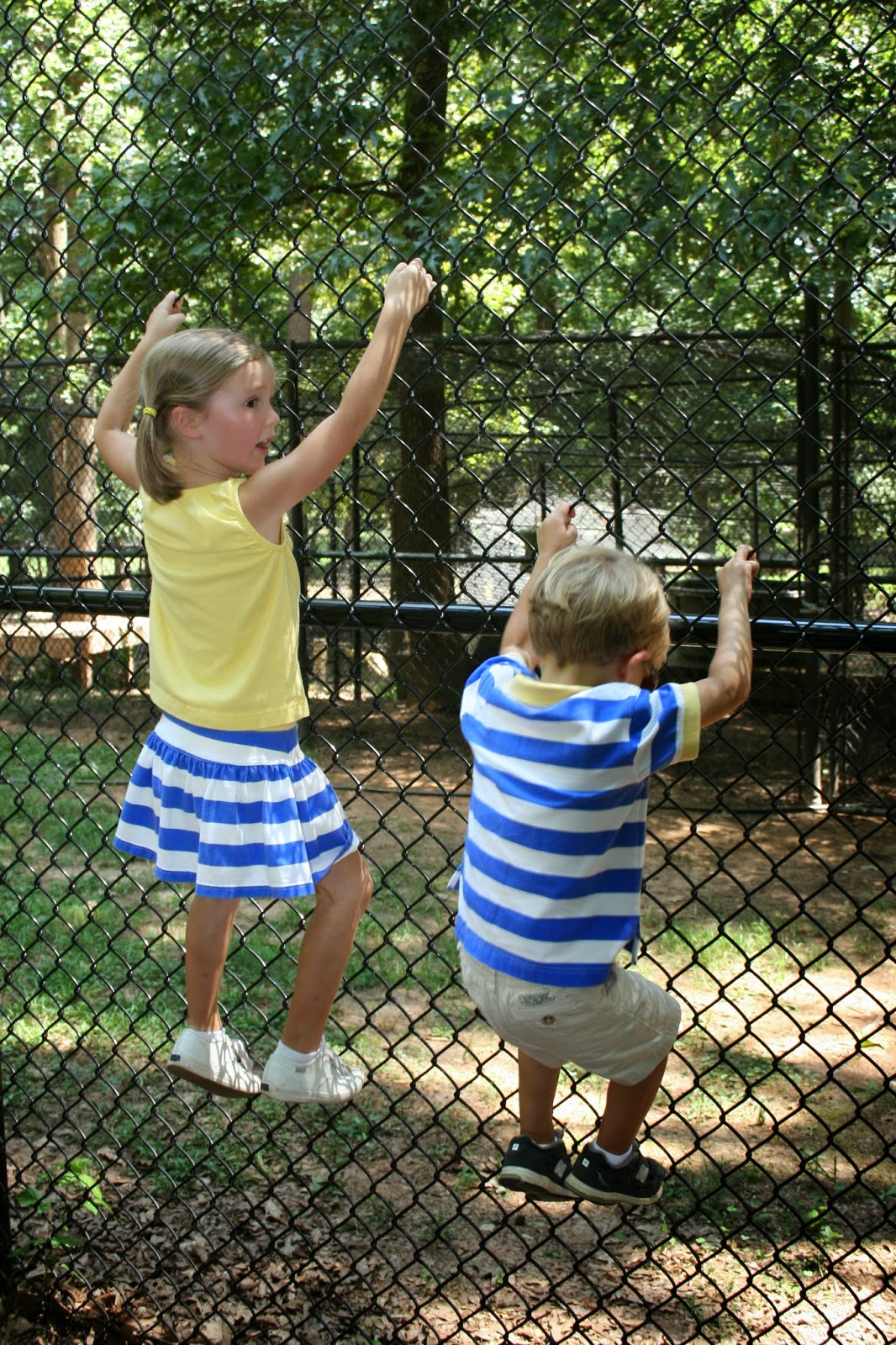 They also have a white tiger named Zuri. Her story is sad, as she was saved from being euthanized at a private zoo. We learned about the plight of the white tiger (a sub-specie of the Bengal tiger). I was very surprised (and sickened) to know that they are inbred and for every 1 perfect white tiger, about 100 are euthanized or neglected due to deformities. (A double-recessive gene controls the white coat color.) Zuri is normal-looking, but has a very weak immune system and was in bad shape, missing most of the hair on her body, when brought to Noah’s Ark. She looked right at me when I talked to her: 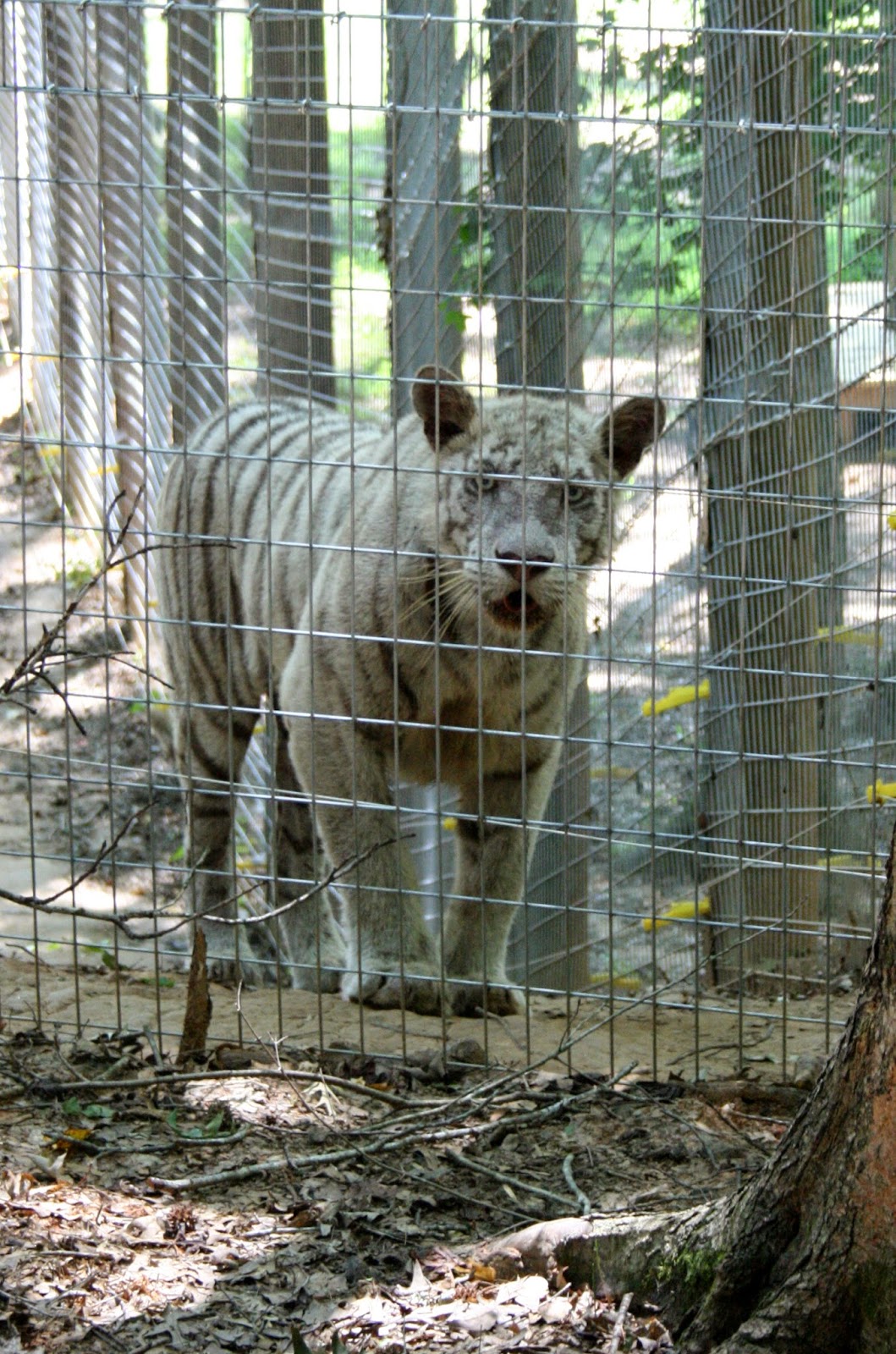 This next guy just makes me laugh. According to the staff he considers himself royalty. Meet “King” Alvin, a baboon retired from a research facility: 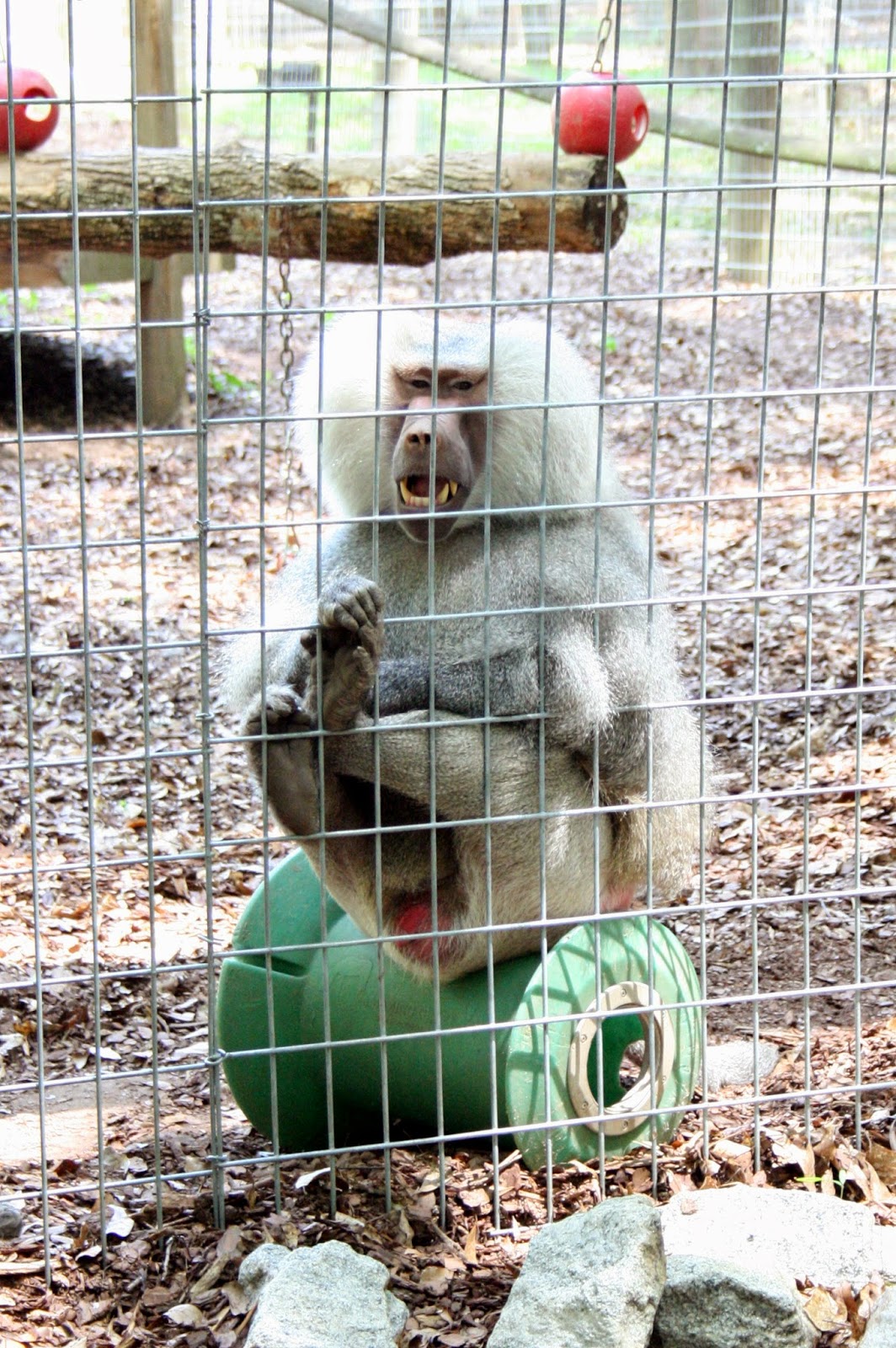 We saw other primates, gray foxes (never heard of those), and parrots before heading back around the park to visit Golden one more time. 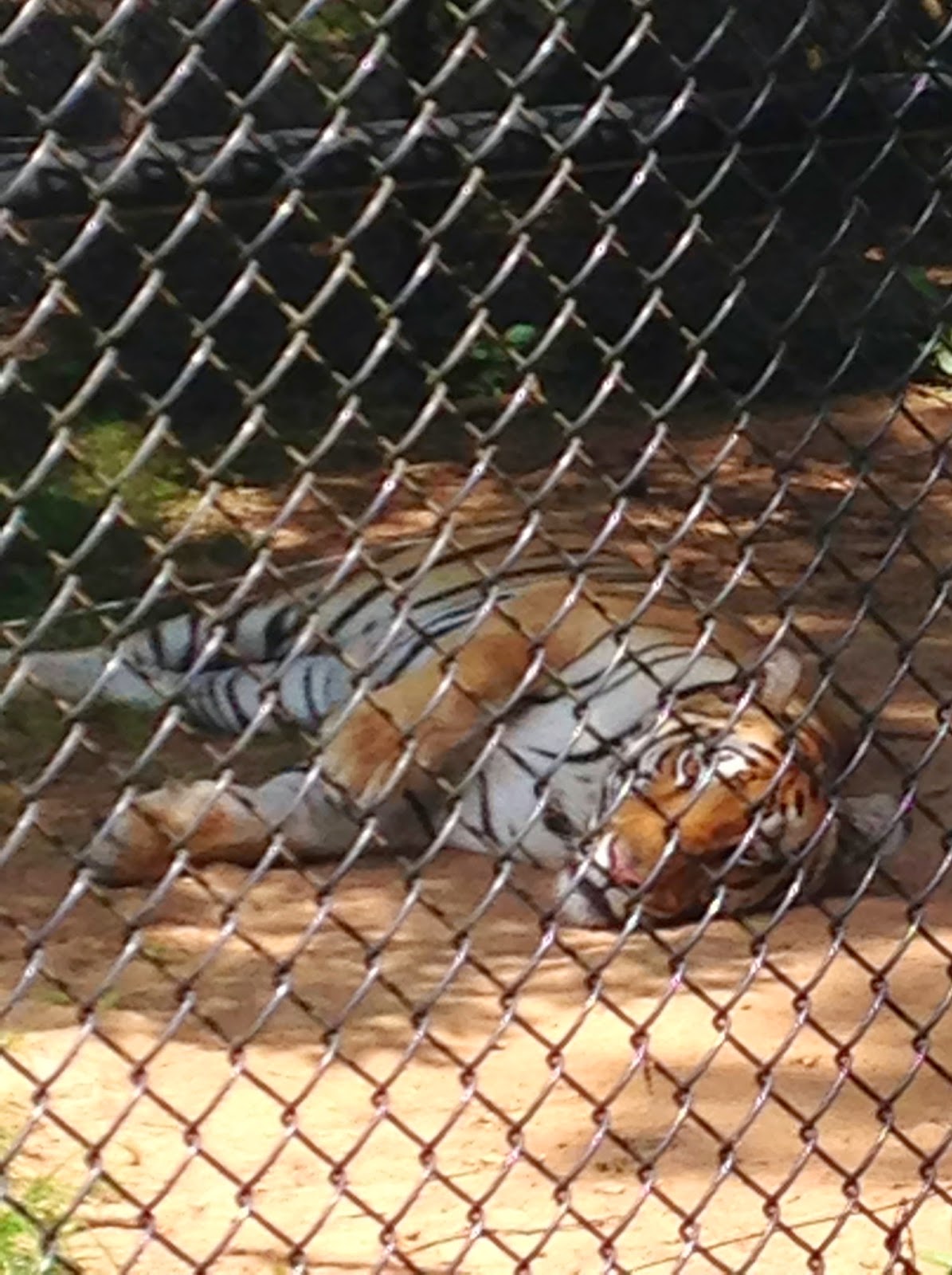 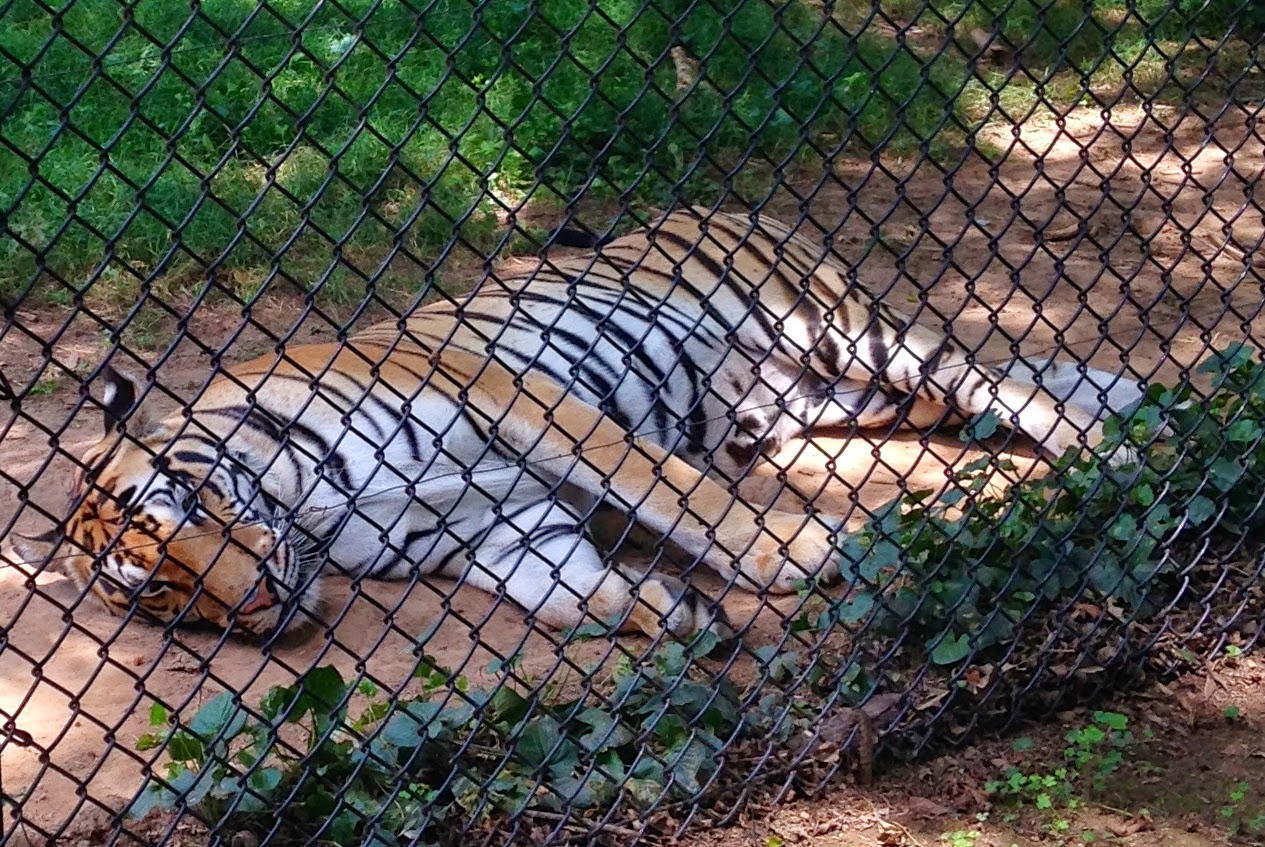 It was nap time…and I convinced H&J to stand with their backs to the fence so I could take a picture. They weren’t thrilled… 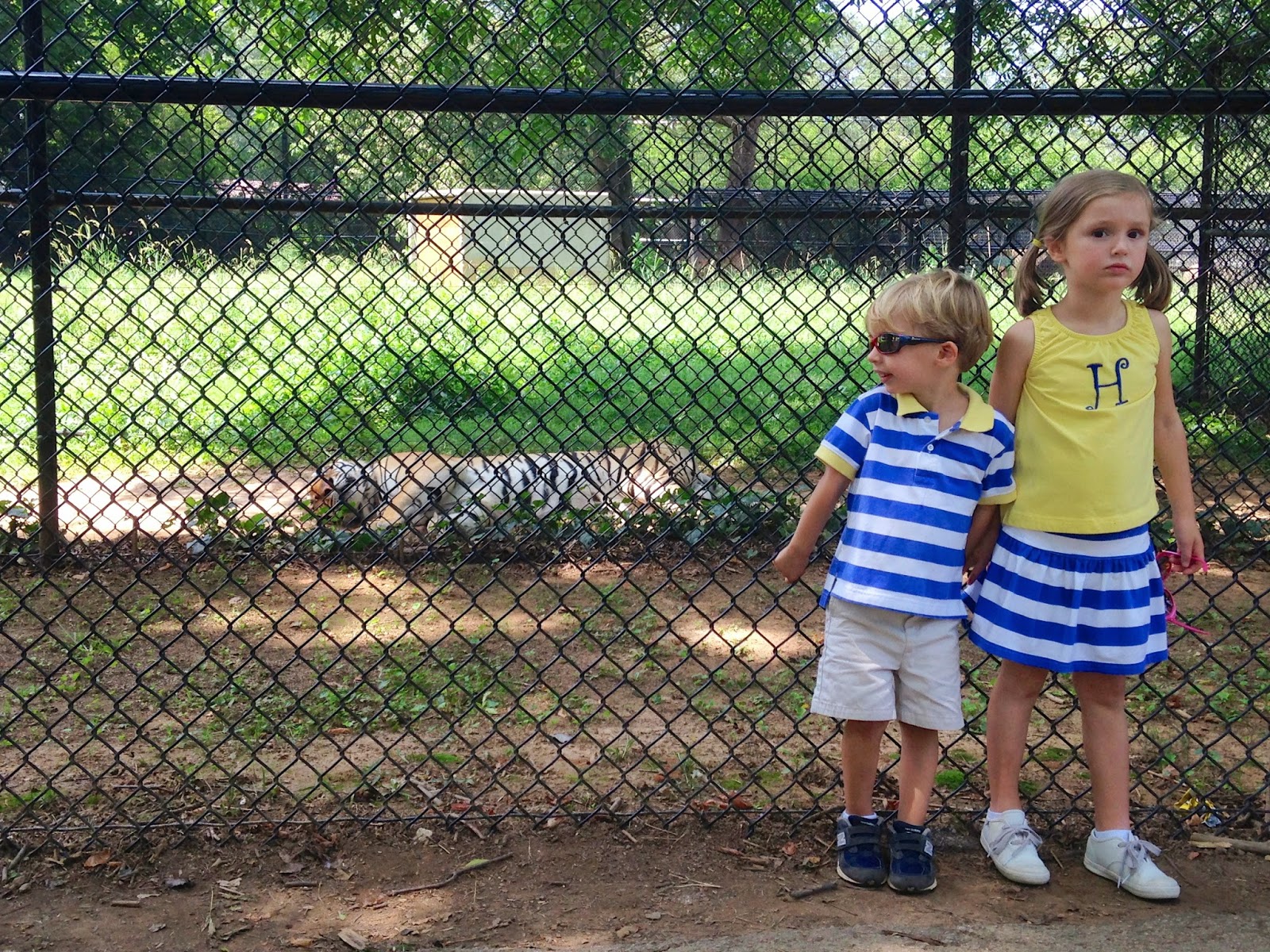 He woke up and walked around a little before we left. 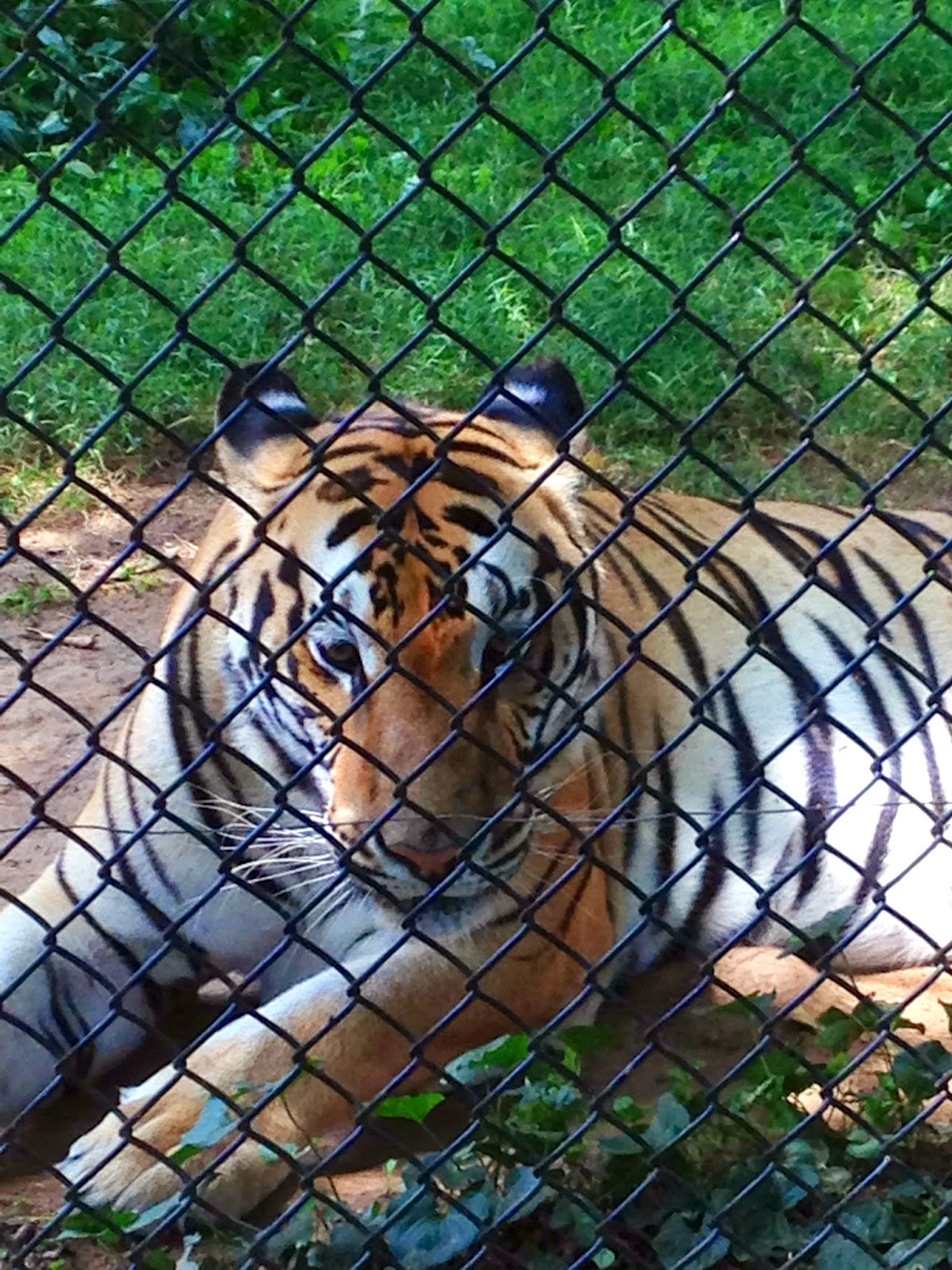 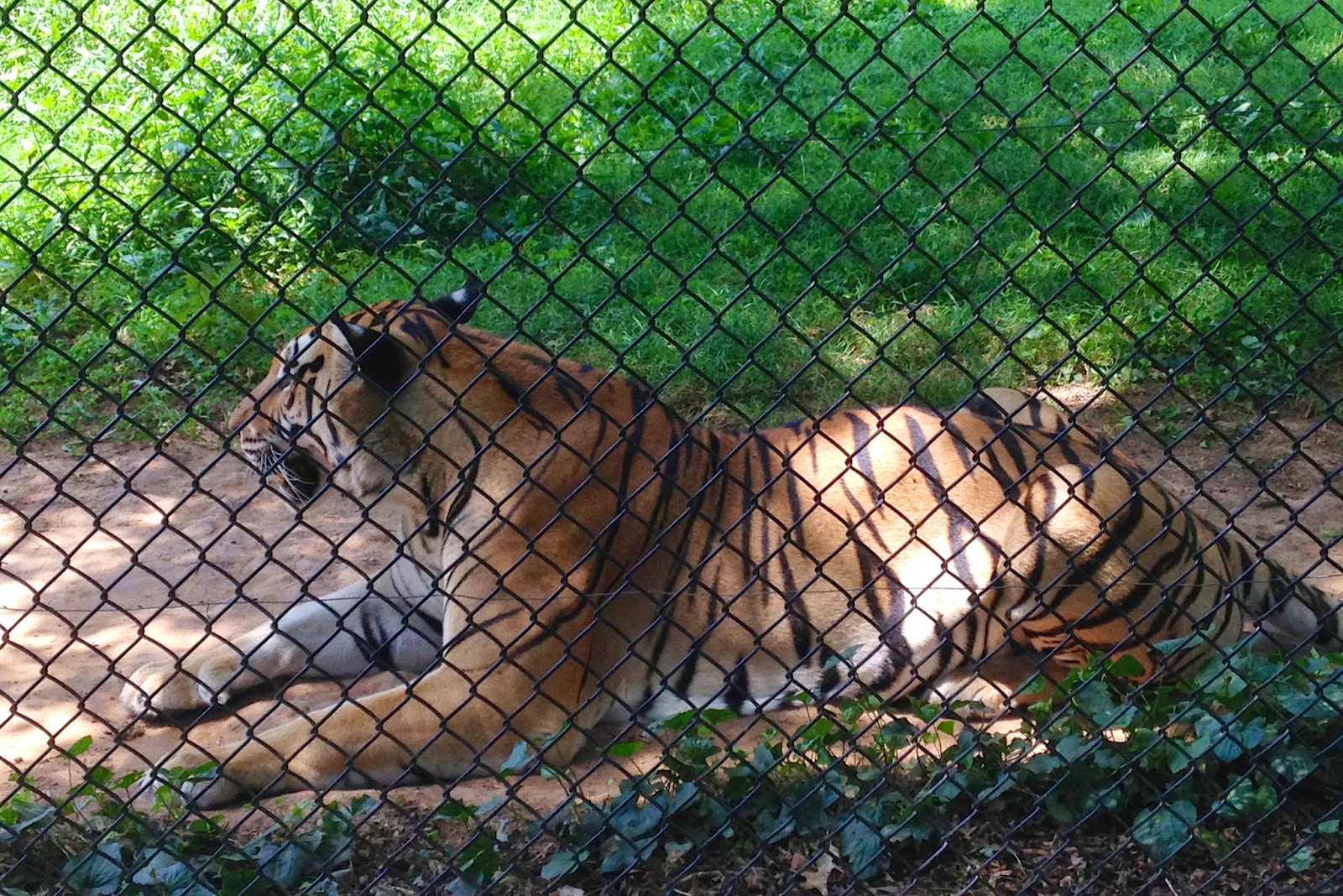 I’d like to go back some day. They house many more animals that we didn’t get to see this time. Meme headed back to Savannah after our very full day. Our beauty queen and co-pilot escorted her down the driveway. 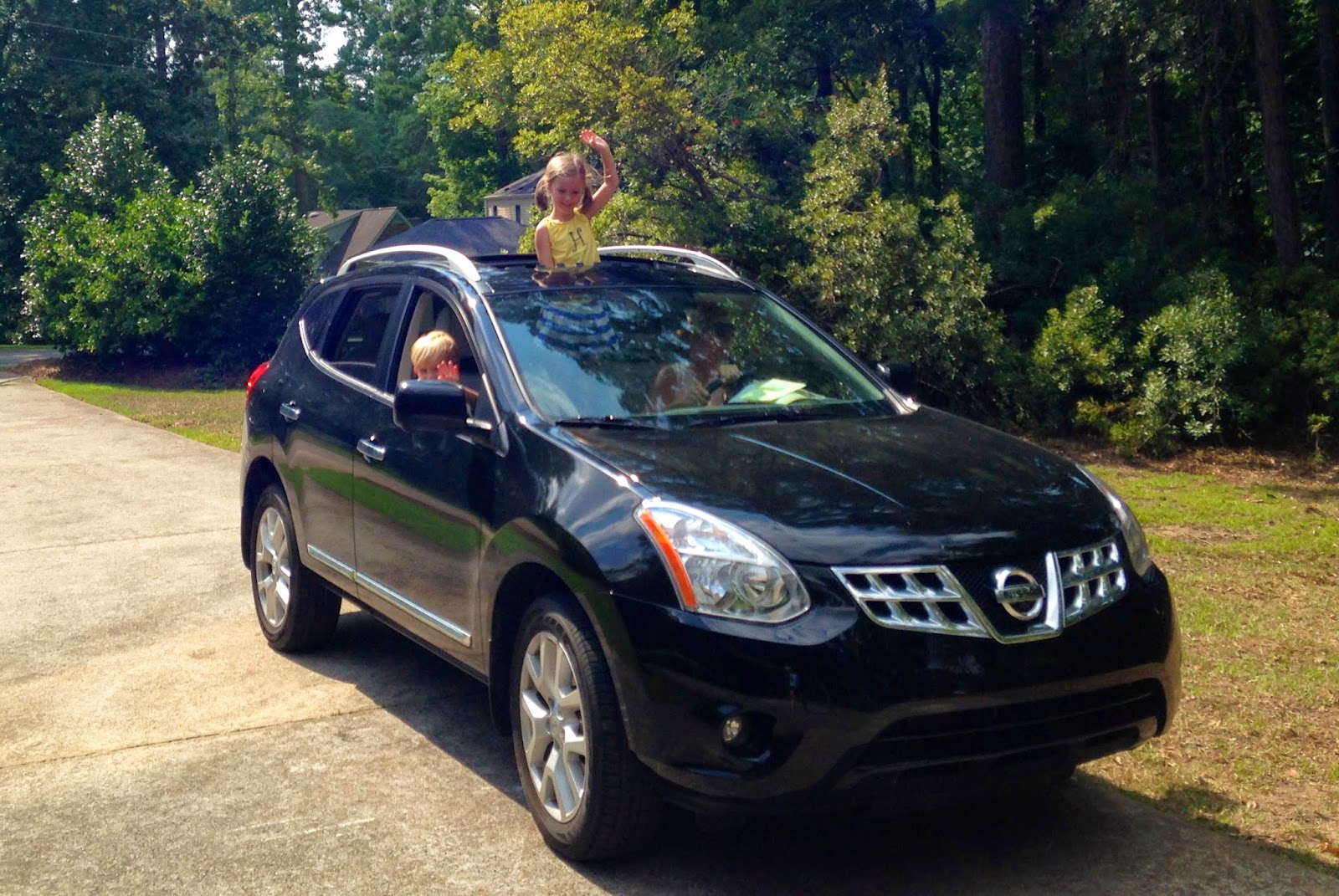 It was a fun day!

« trees, dentist, swimming and videos
last day of life as i know it… »