Friday marked the first time in months that the kids rode the bikes they got for Christmas. You may remember that Hannah fell on her very first ride Christmas morning and was really hesitant to get back on the bike. I tried everything the first month or two: the coaxing/bribing approach, the forceful approach, and the ignore and see-if-she’ll-come-around approach. She just flat out was not interested in getting back on again. Joseph was way more interested in the bike parts and flashing lights than actually getting on the thing.

We attempted bike rides a few more times during the winter, then, covering the earth in yellowy green, in came pollen season. We stored the little bikes in an outdoor closet. You could say we hung up the bike idea for a while. They had not been ridden since April and barely mentioned since then.

Friday afternoon we loaded up the kids and the bikes and went to the elementary school parking lot (where it is flat – unlike our neighborhood). Hannah was a little hesitant at first but warmed up quickly and was soon on her way all by herself. So proud of my very pink girl… Unfortunately she did fall, but she got back up again and kept going. Big girl.

Joseph rode a little with Joe behind him encouraging him along, but again – more interested in tinkering with things on the bike then sitting on it and peddling. 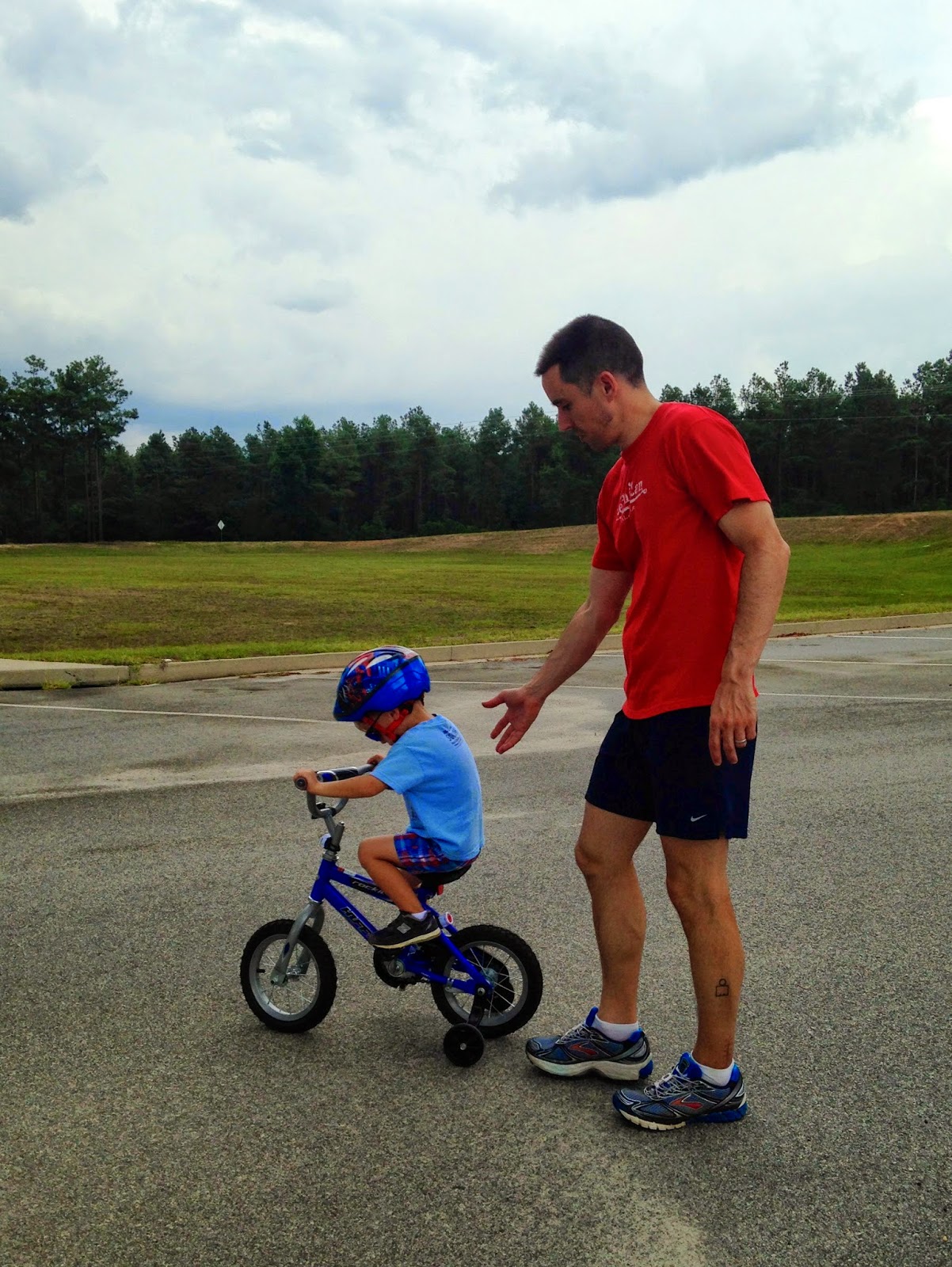 Saturday we had two birthday parties taking up a chunk of our day. The first was Bella’s morning “Royal Un-Sleepover” Sofia style party with breakfast served. So cute. The second was Jane’s backyard party with a bouncy house, piñata, and yummy ice cream and cake. The boys came to that one, too. When it was Hannah’s turn taking swings at the piñata, she was all business: 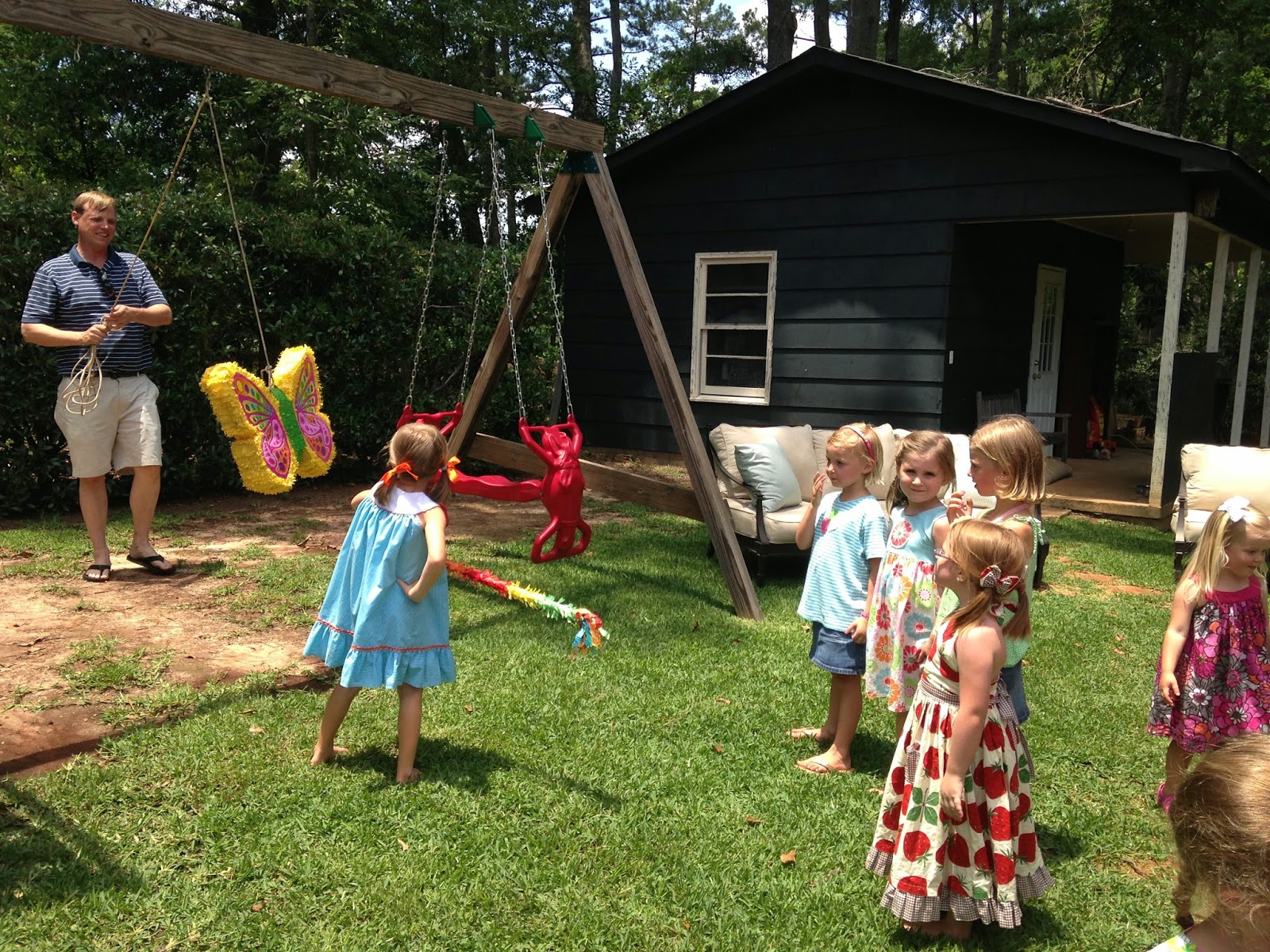 We love our barefoot and sassy left-handed gal. She whacked that thing hard, too! Joseph was more delicate. I’m sure, in a year or two, he’ll be eager to hit something. I think he was a little overwhelmed by all the commotion surrounding a hanging butterfly getting beaten. Like, what’s the big deal? 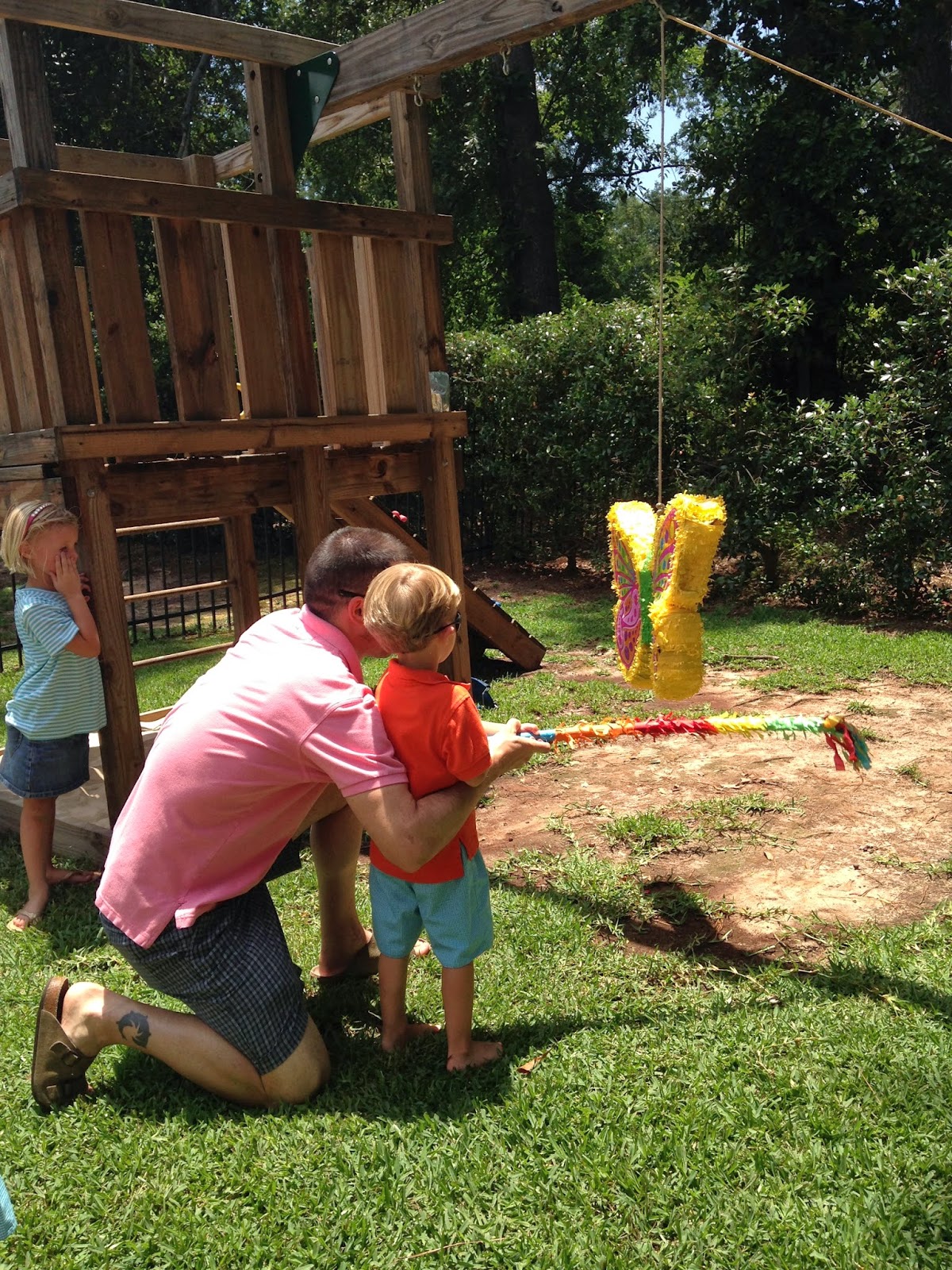 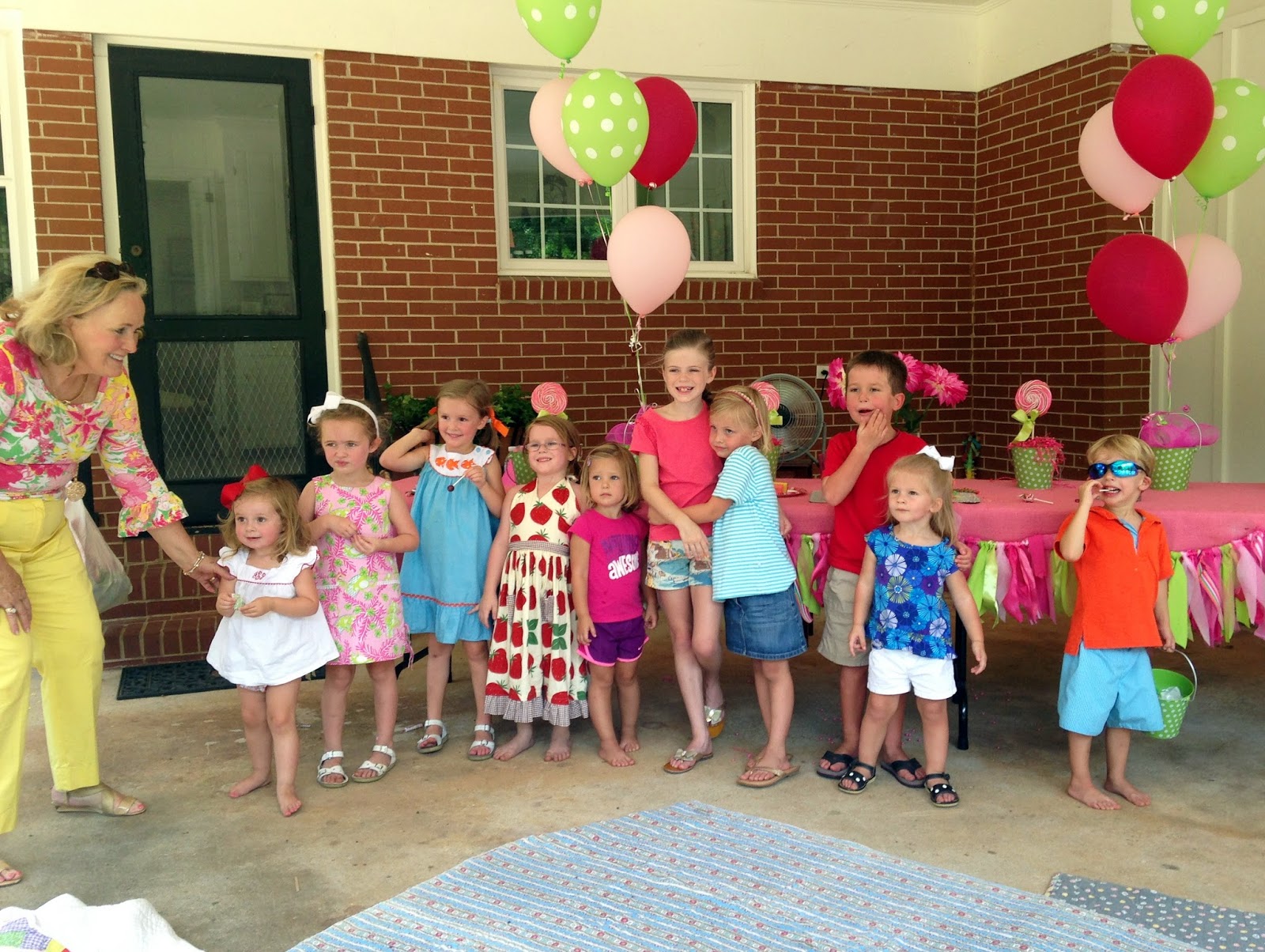 It was a fun family-filled weekend. We consider the weekend Friday-Saturday since those are Joe’s days off, and other than the bike ride and parties, we were home the whole time. I relish these weekends while the kids are still young, not having extracurricular things blocking out all our time.

Joe made the best French toast I have ever had on Friday night, and Saturday made a delicious Mexican feast. {Mom, don’t get your feelings hurt, as I have fond memories of you making us French toast for breakfast, but we have to make this recipe for you!} We watched Frozen and I ironed a lot. {That’s another thing, Mom… I was almost at the end of my ironing pile when I realized you were coming in town this weekend. Oh well, I’m sure they’ll be more in case you need your fix!} Joe and I wrapped up The Pacific, an HBO series about WWII that church members of ours let us borrow like a year ago, and I read a little.

PS: I stopped right there in my post to take the kids to the pool this afternoon. So I think I’ll just include a link for the French toast in case you want to go make that recipe, and leave it at that. {Alton Brown’s French Toast}