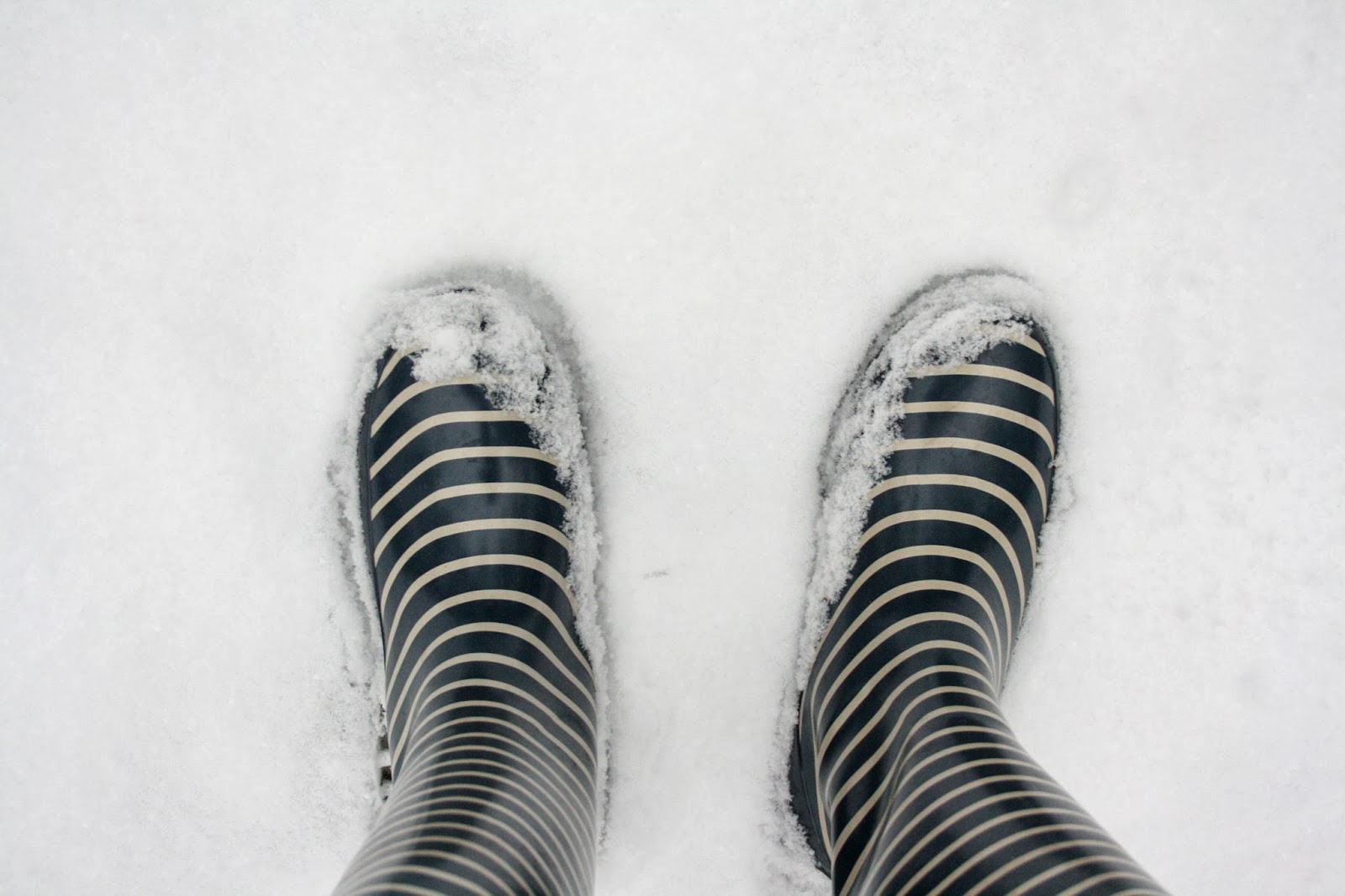 When we see snow in the forecast, we get pretty excited down here in the South. The whole world pretty much stops and it’s just together time at home playing. Occasionally we are not prepared, things get chaotic, and we embarrass ourselves on the national news (as happened in Atlanta this time), but quite frankly this is not something the South is used to.

Tuesday night it was suppose to start snowing. Hannah could barely contain her excitement. Alas at 8pm when she went to bed there was no snow…just freezing rain. Joe and I were sitting on the sofa and could hear when the rain turned into sleet. After a while, it got quiet.

We opened the front door to see beautiful snow falling.

This is what the backyard looked liked when we went to bed: 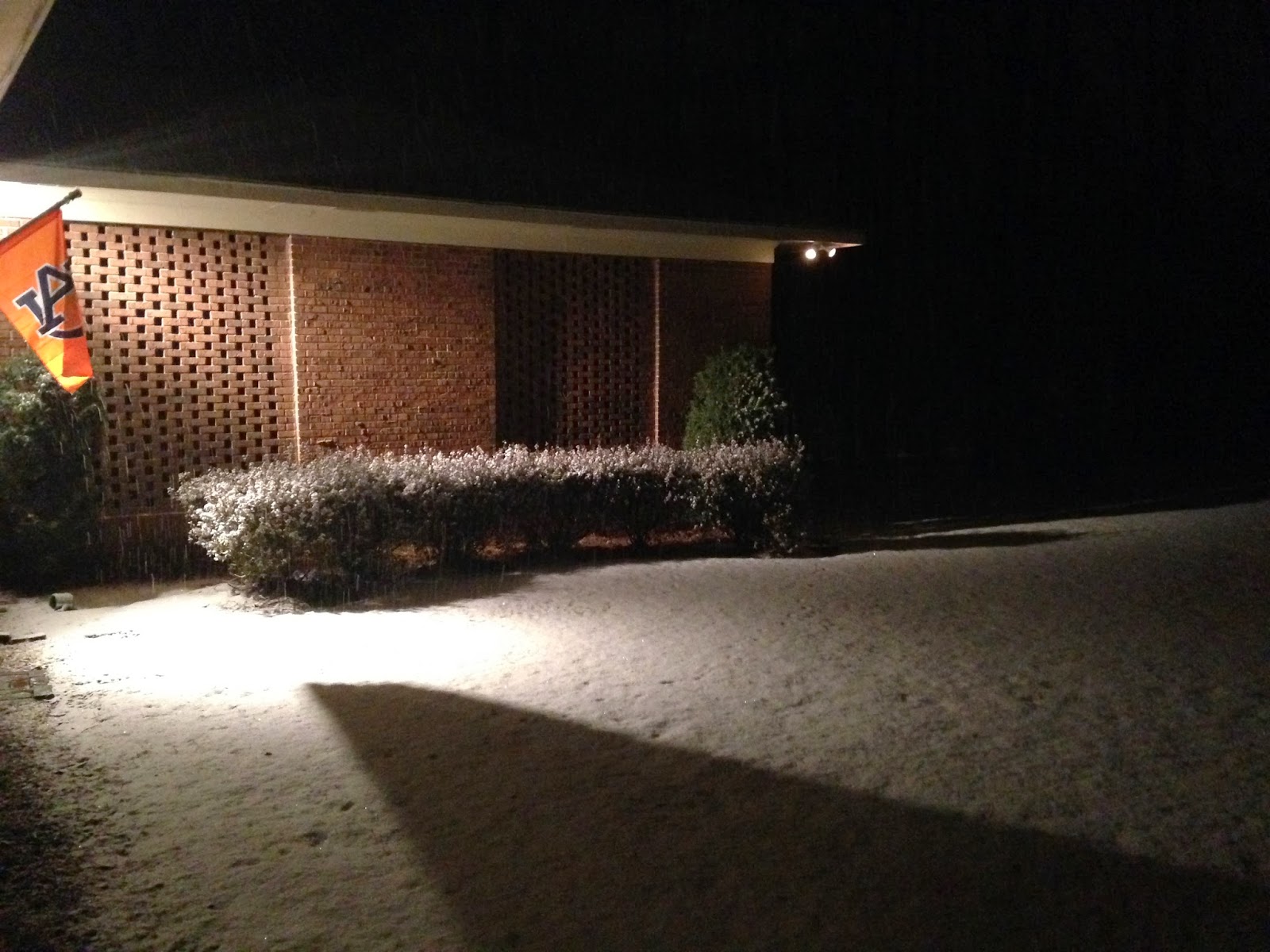 And when we woke up, it looked like this: 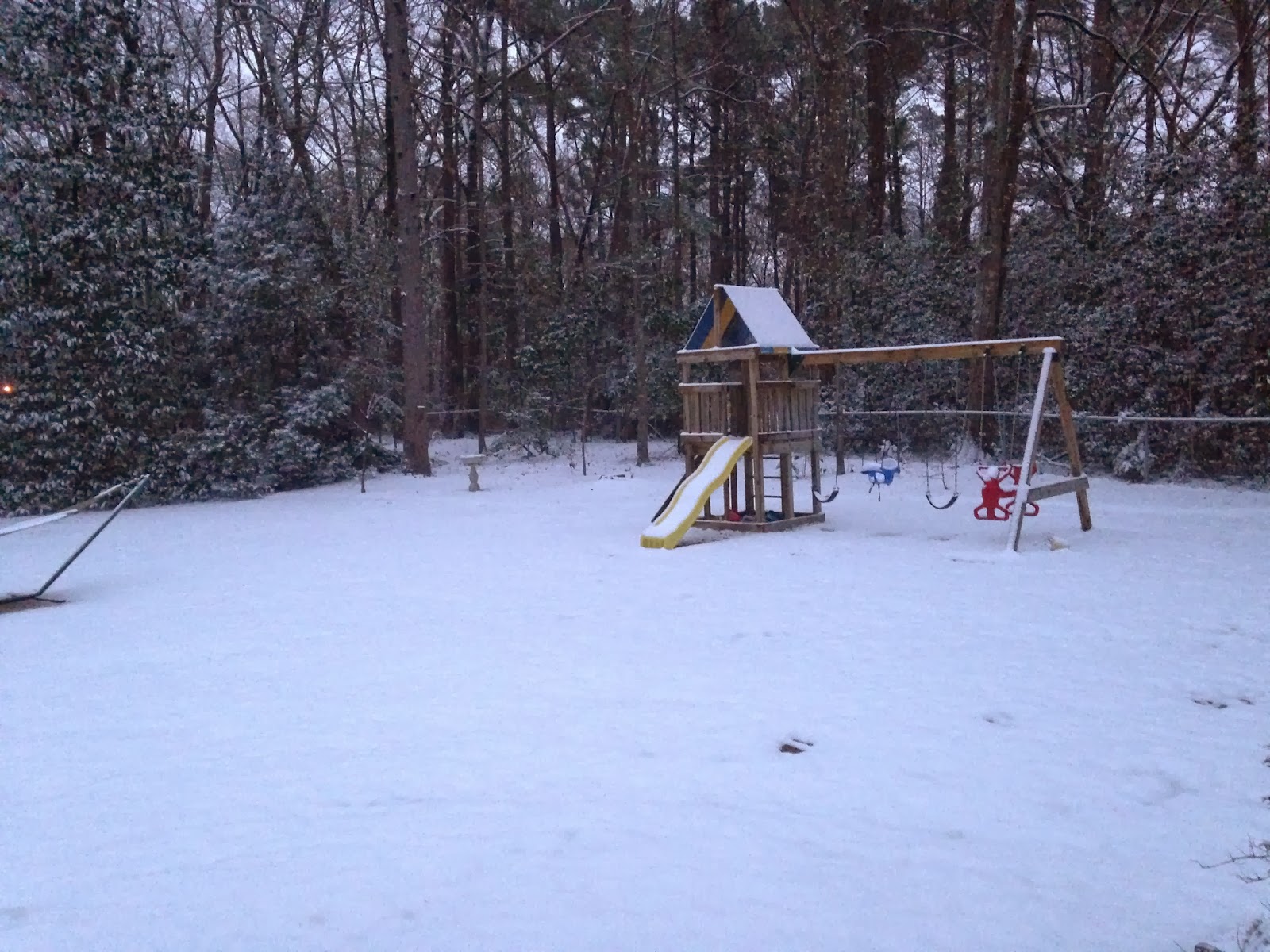 And this little girl was speechless. 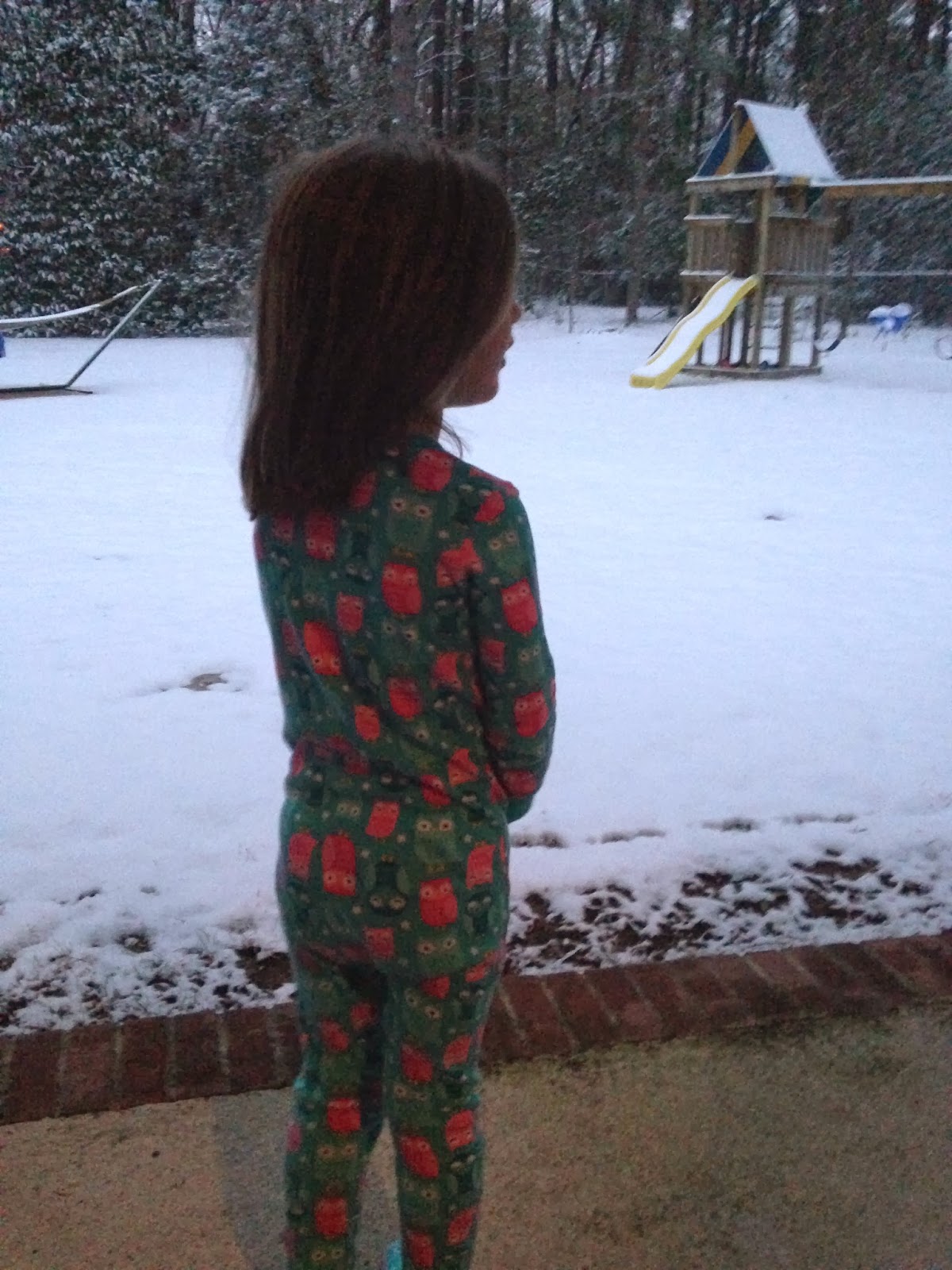 So we bundled up and headed outside to run around and play. 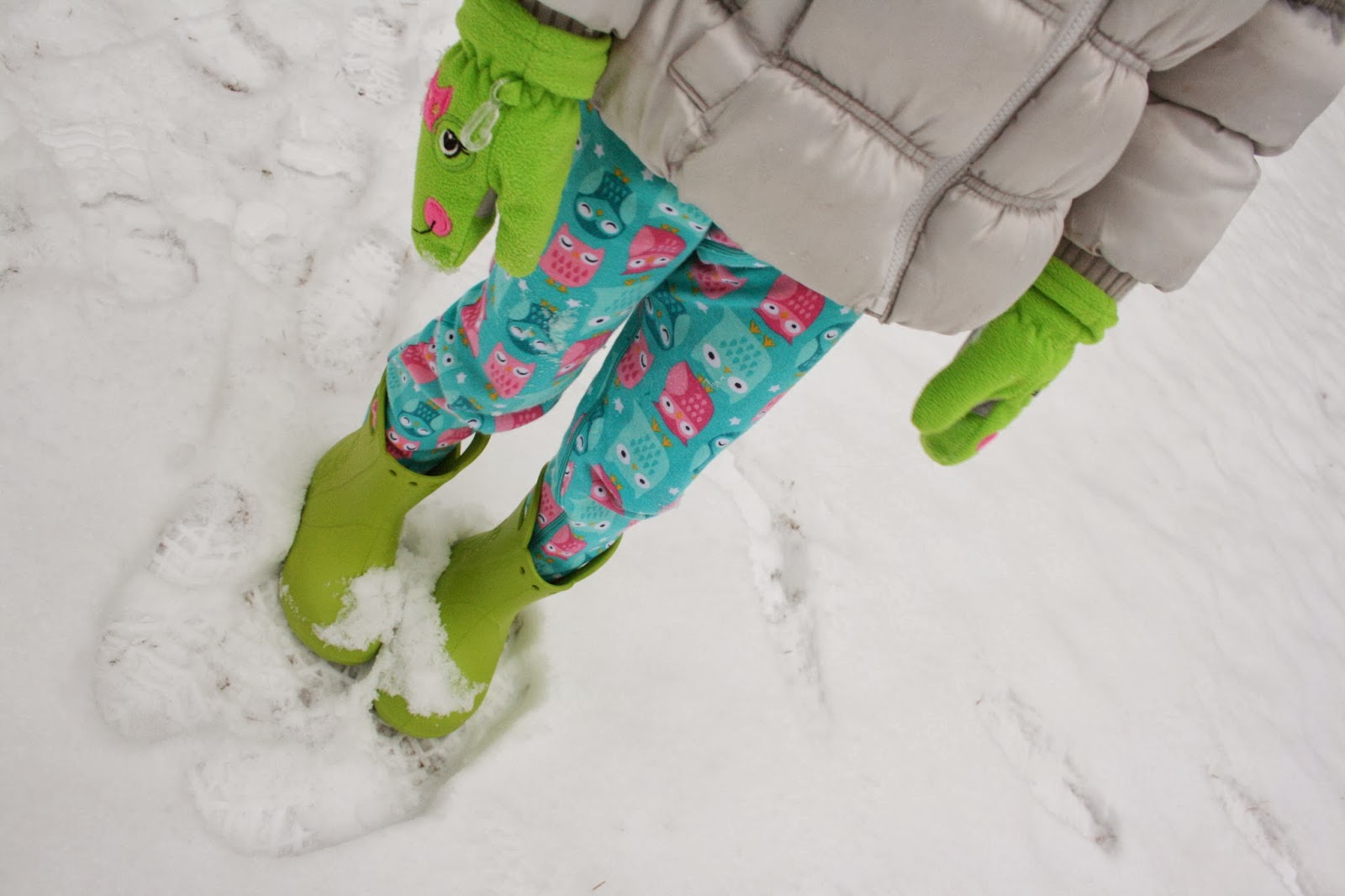 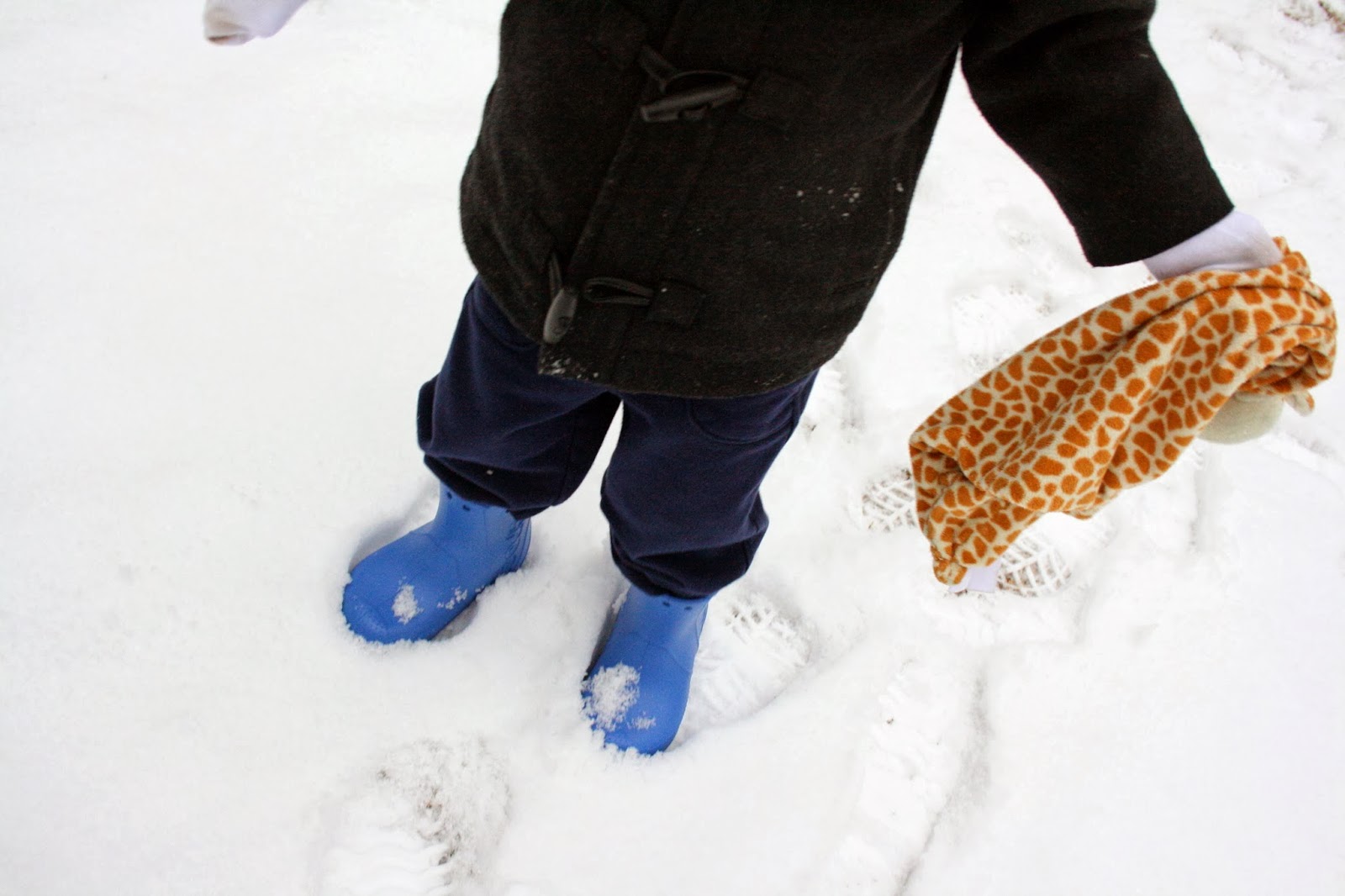 …and socks on Joseph’s hands because I couldn’t find his gloves? 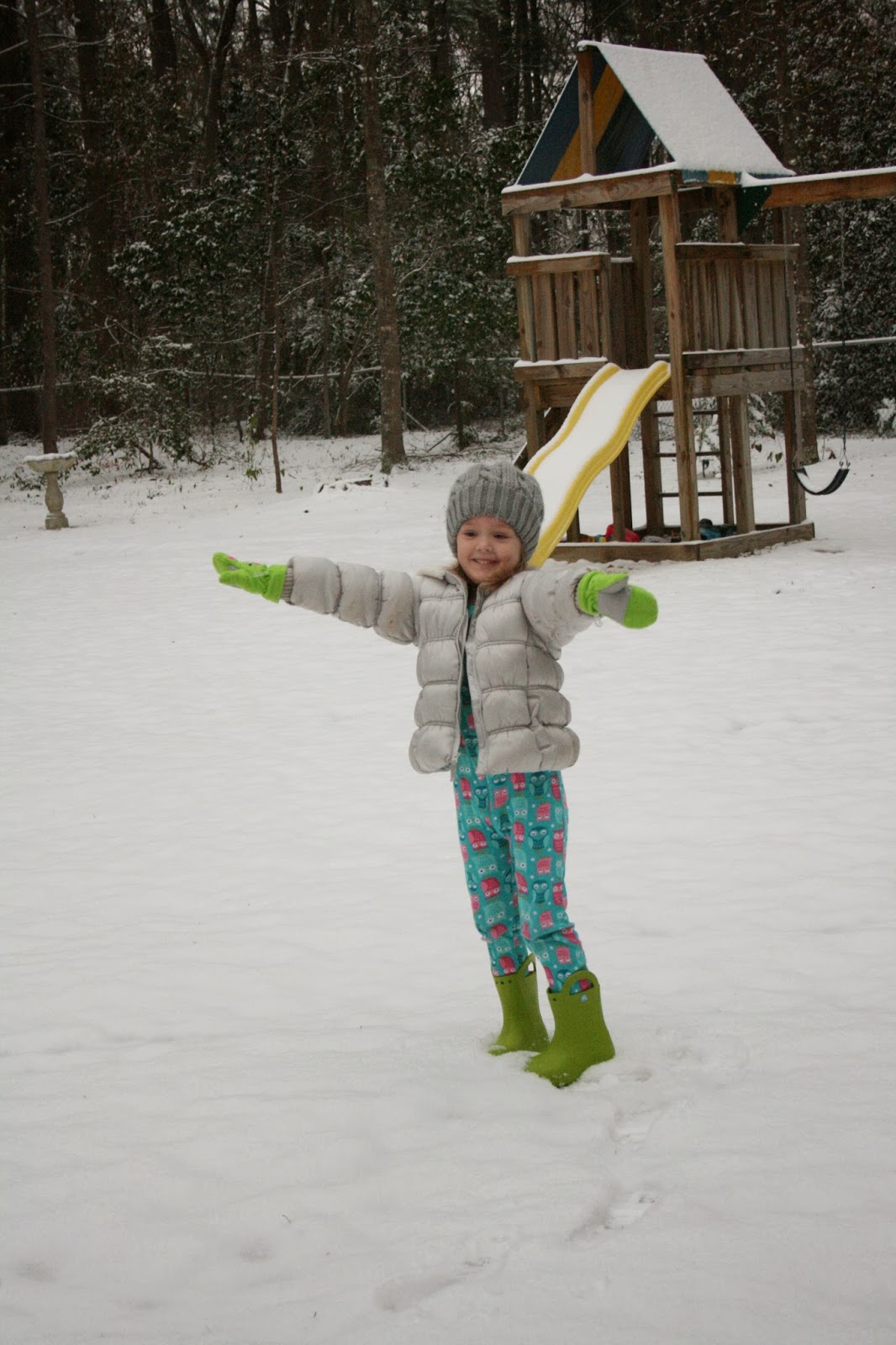 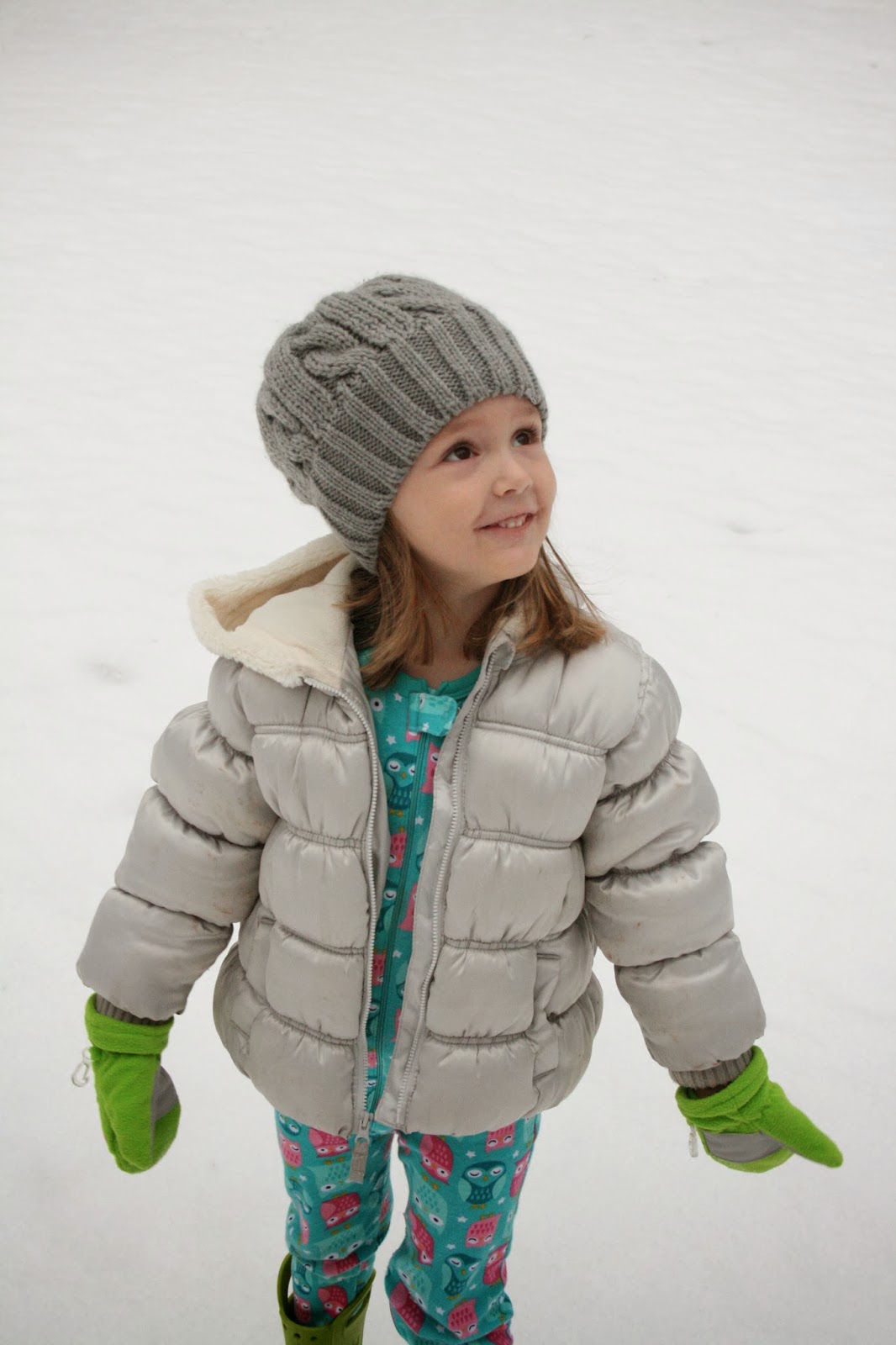 Hannah did not know what to make of her swing set… 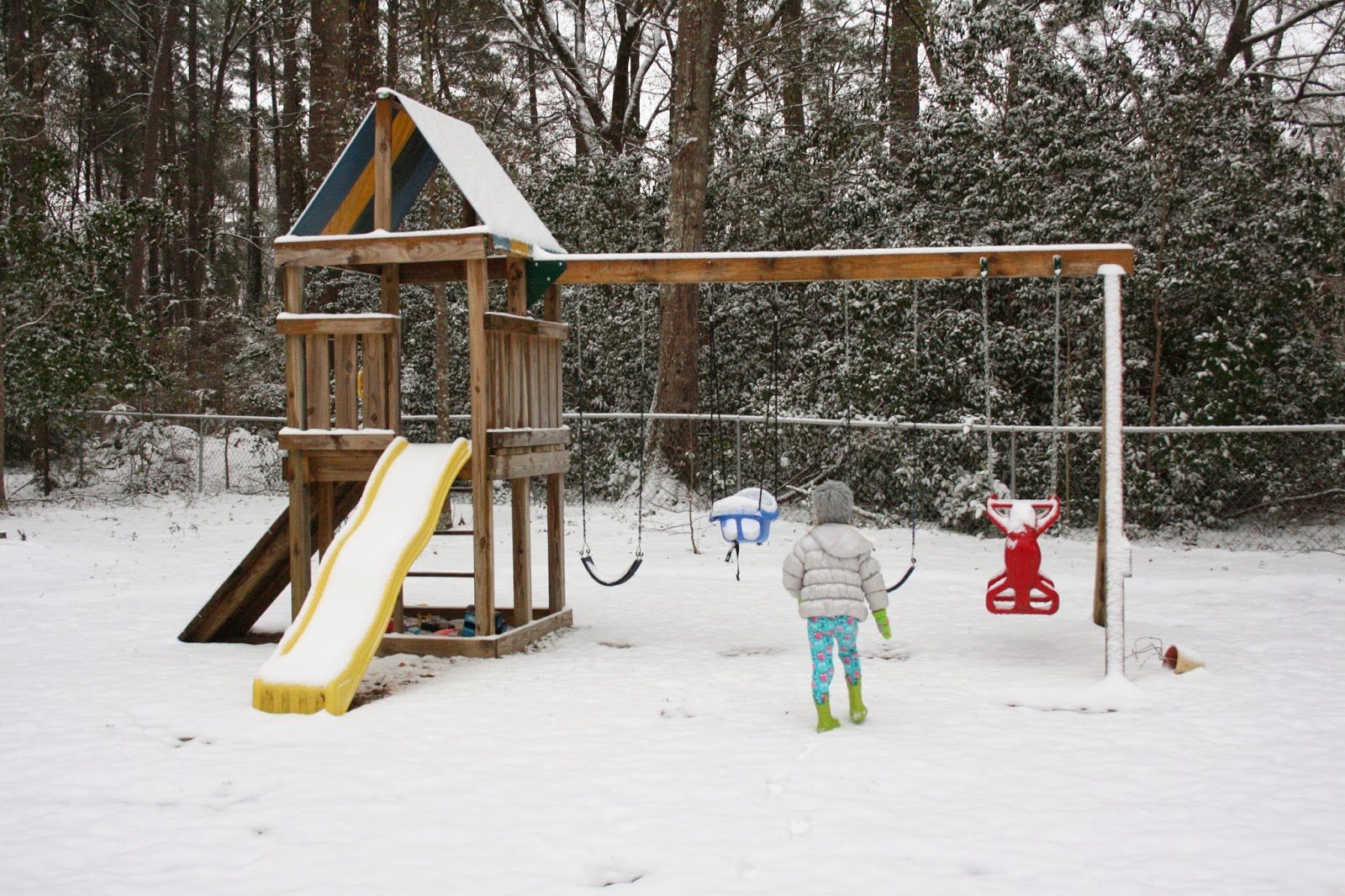 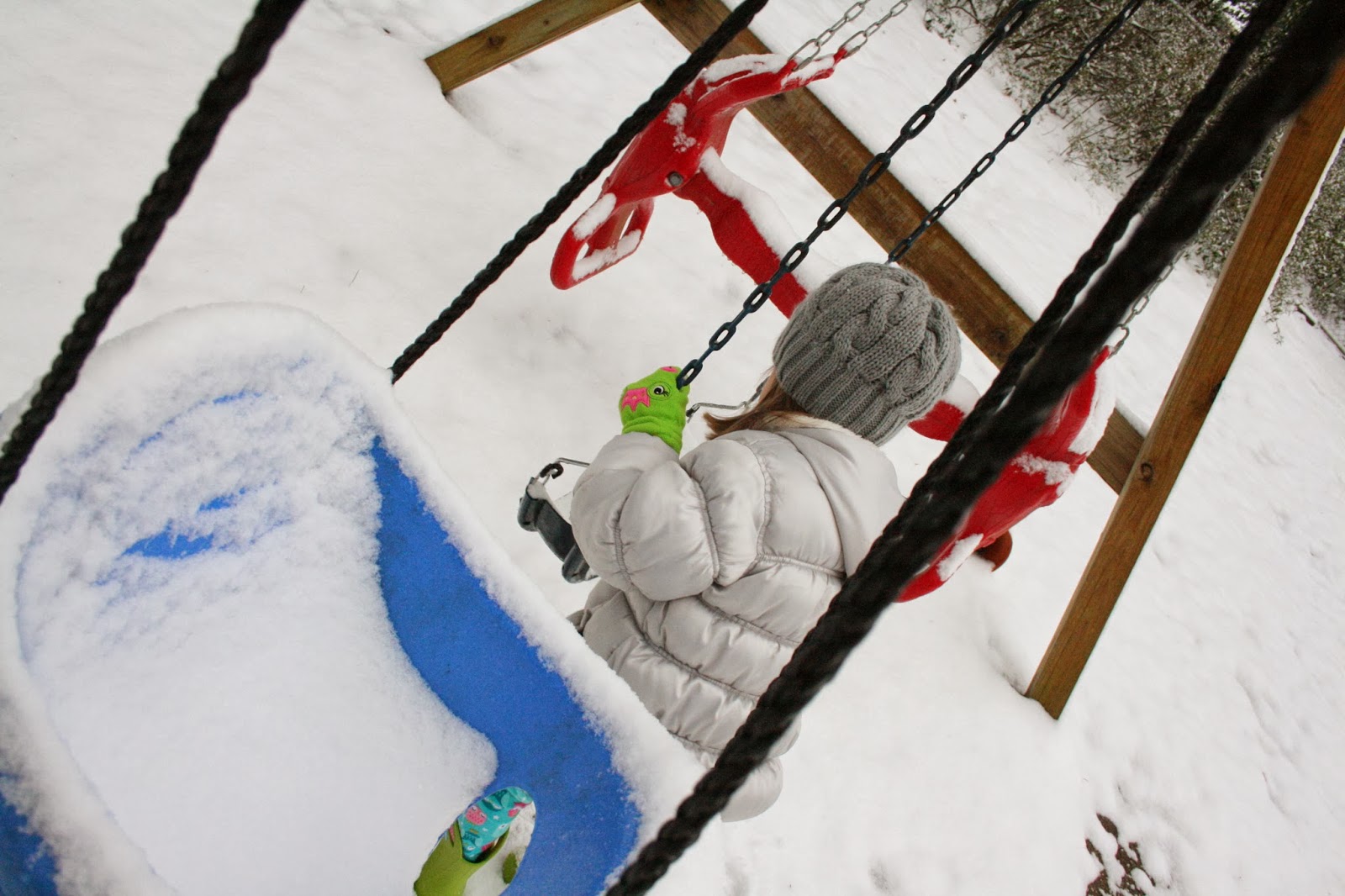 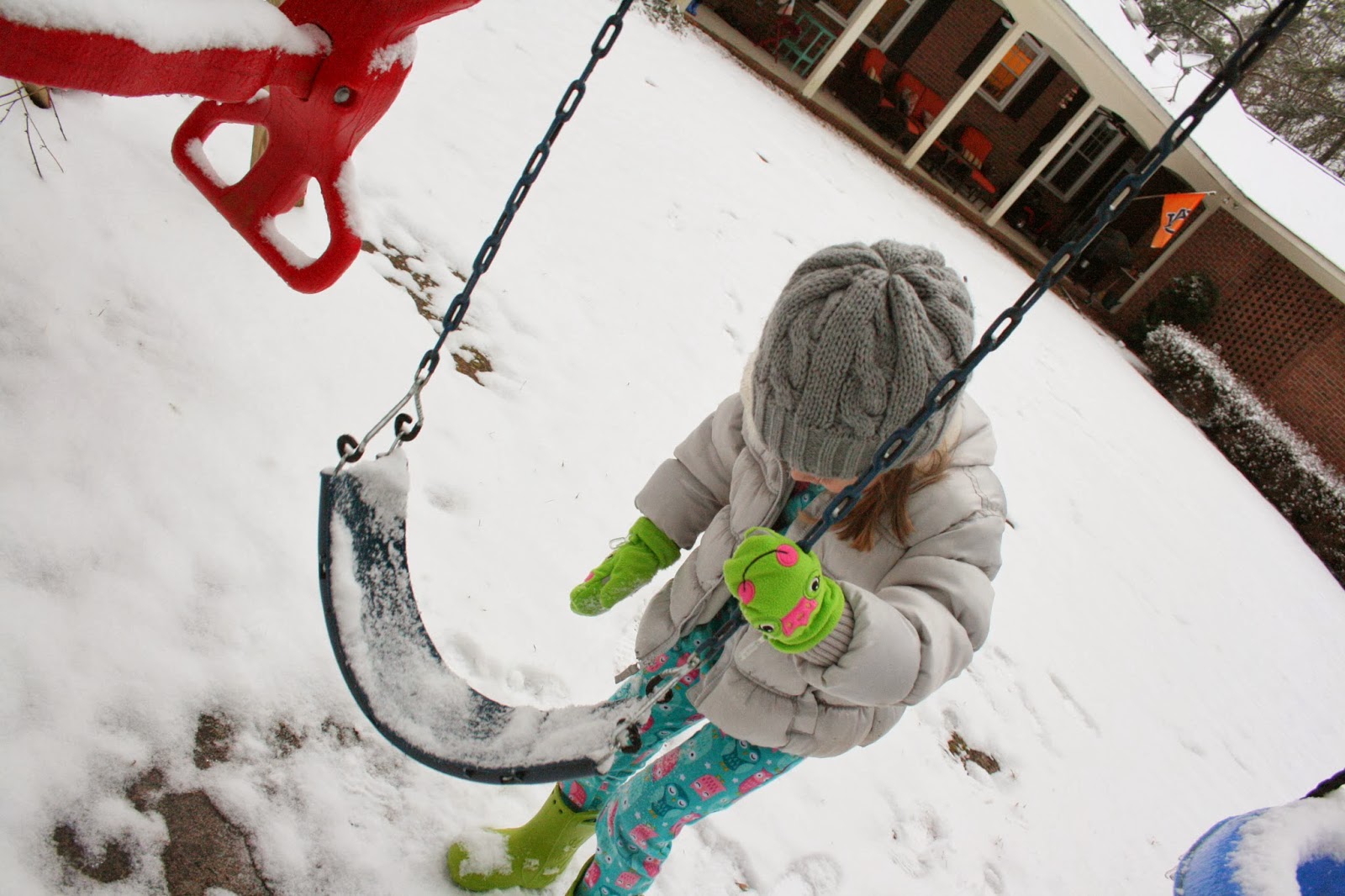 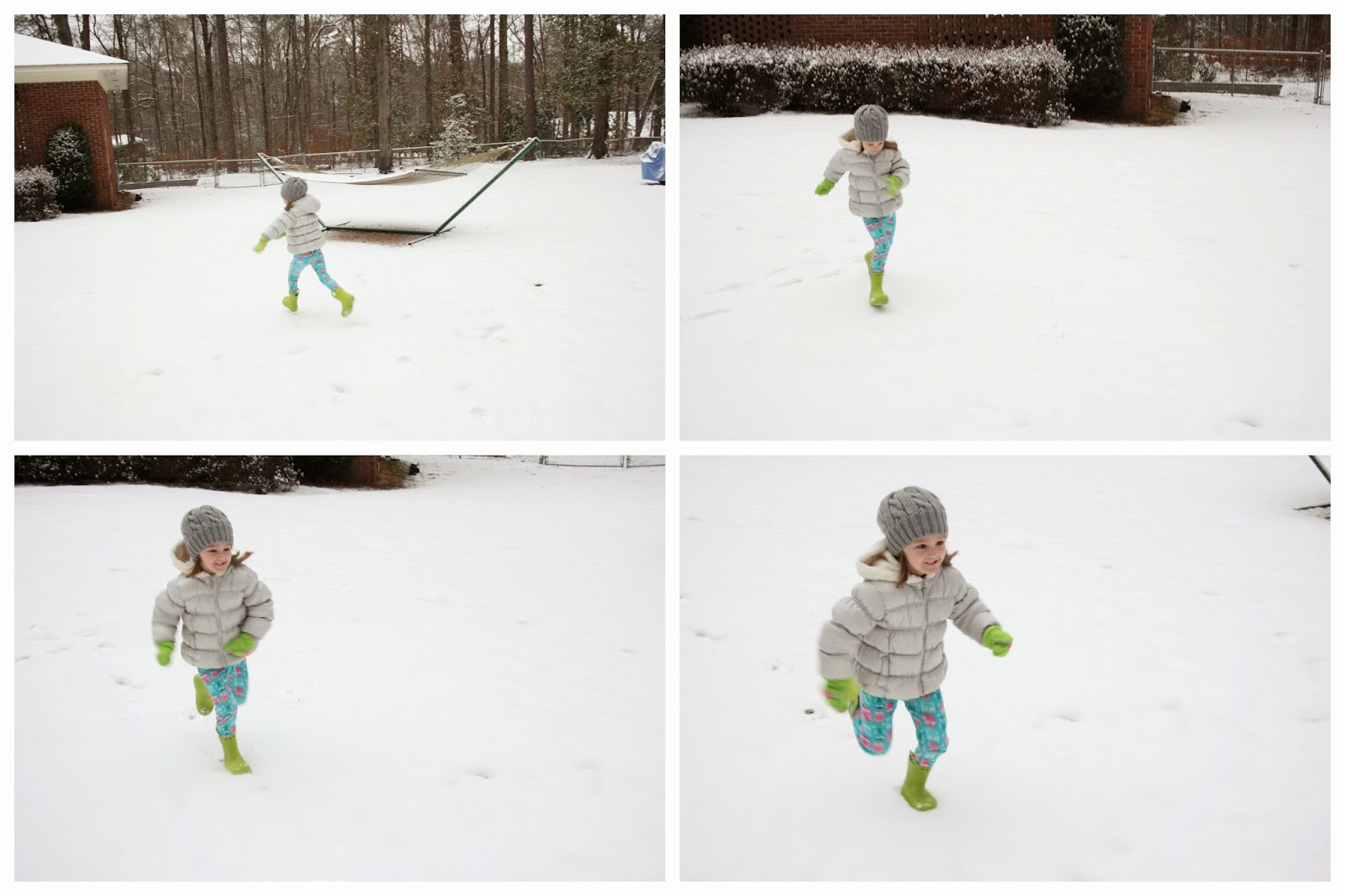 Even Raffie got to enjoy the snow. 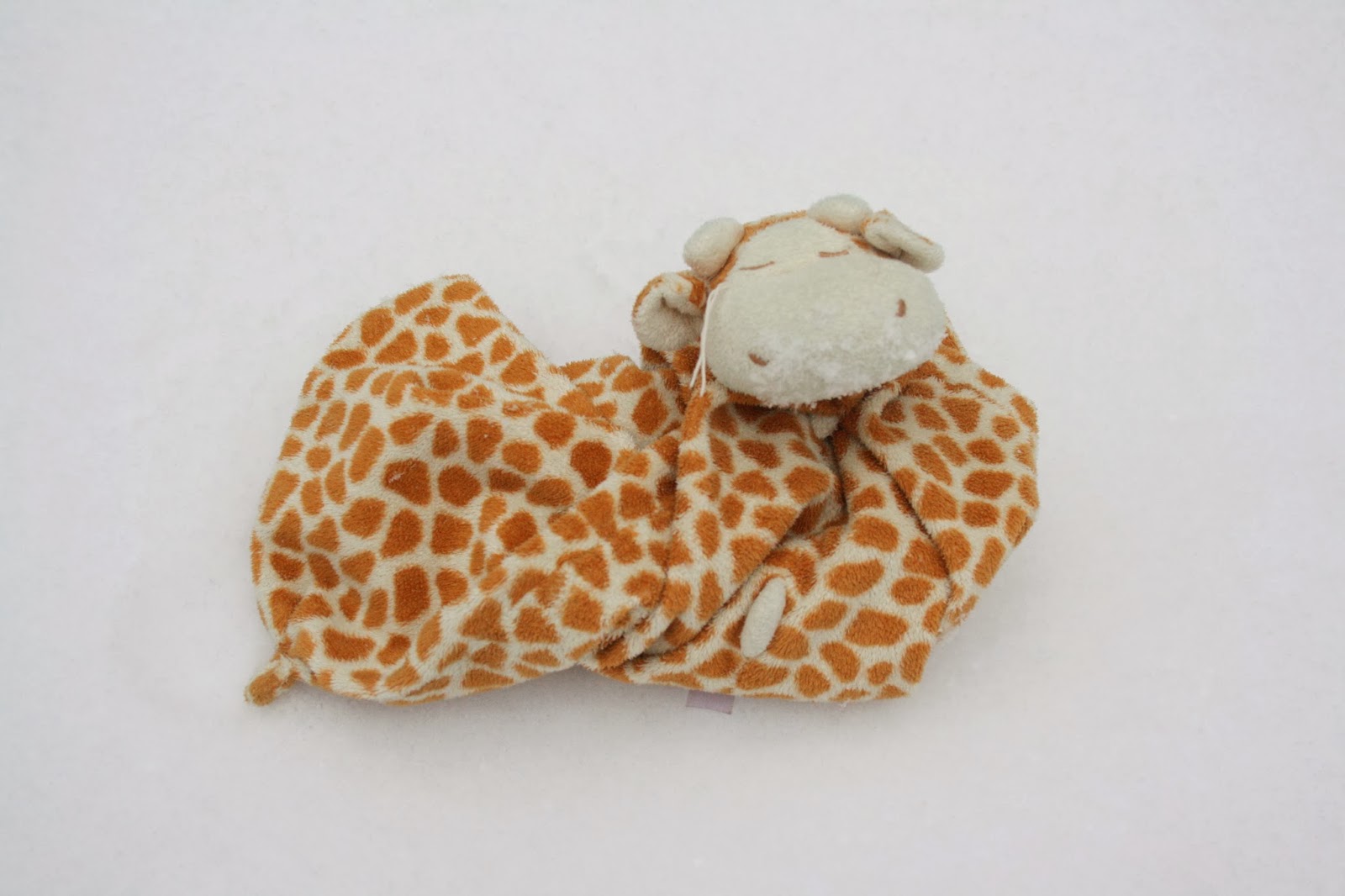 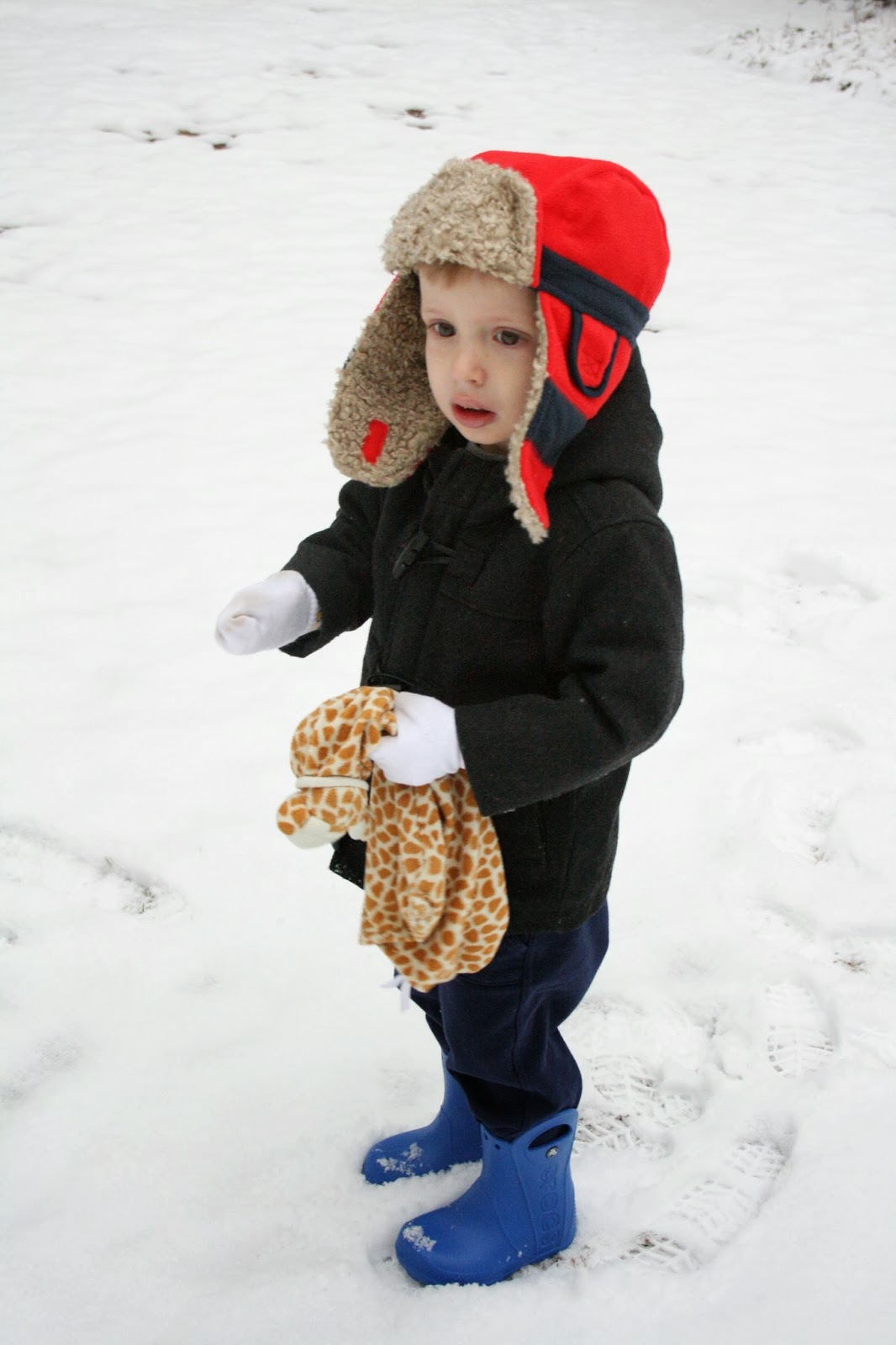 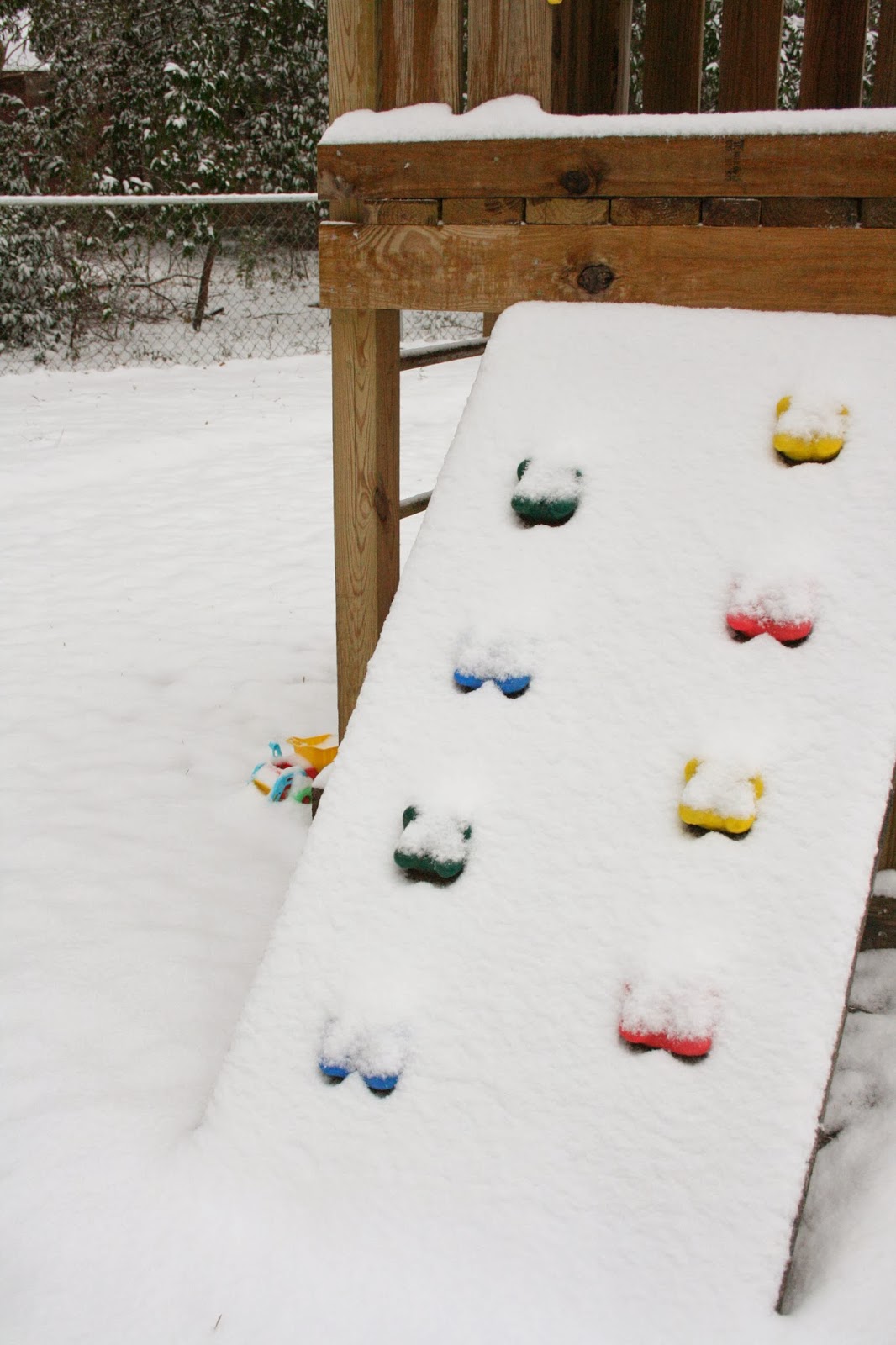 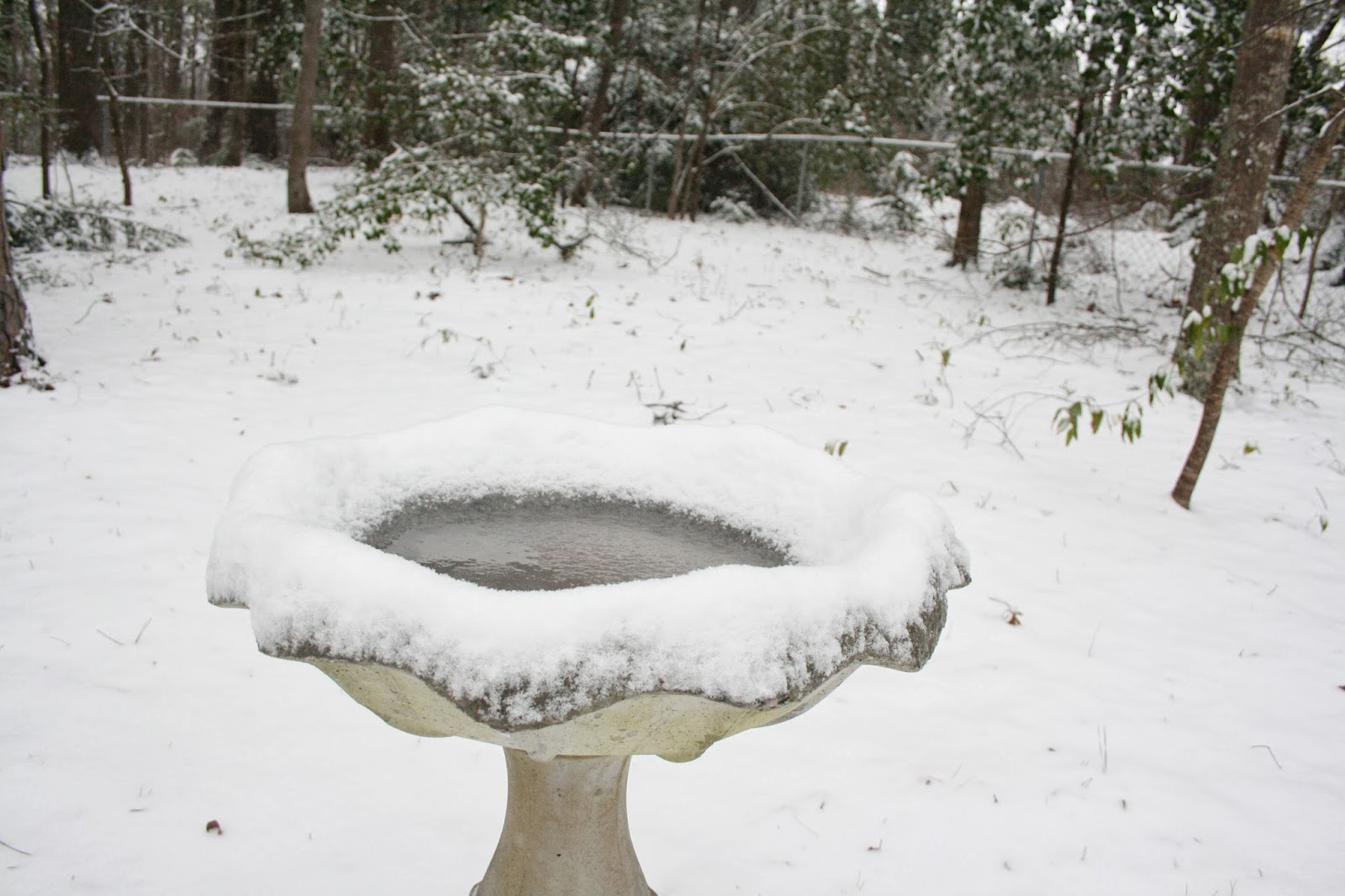 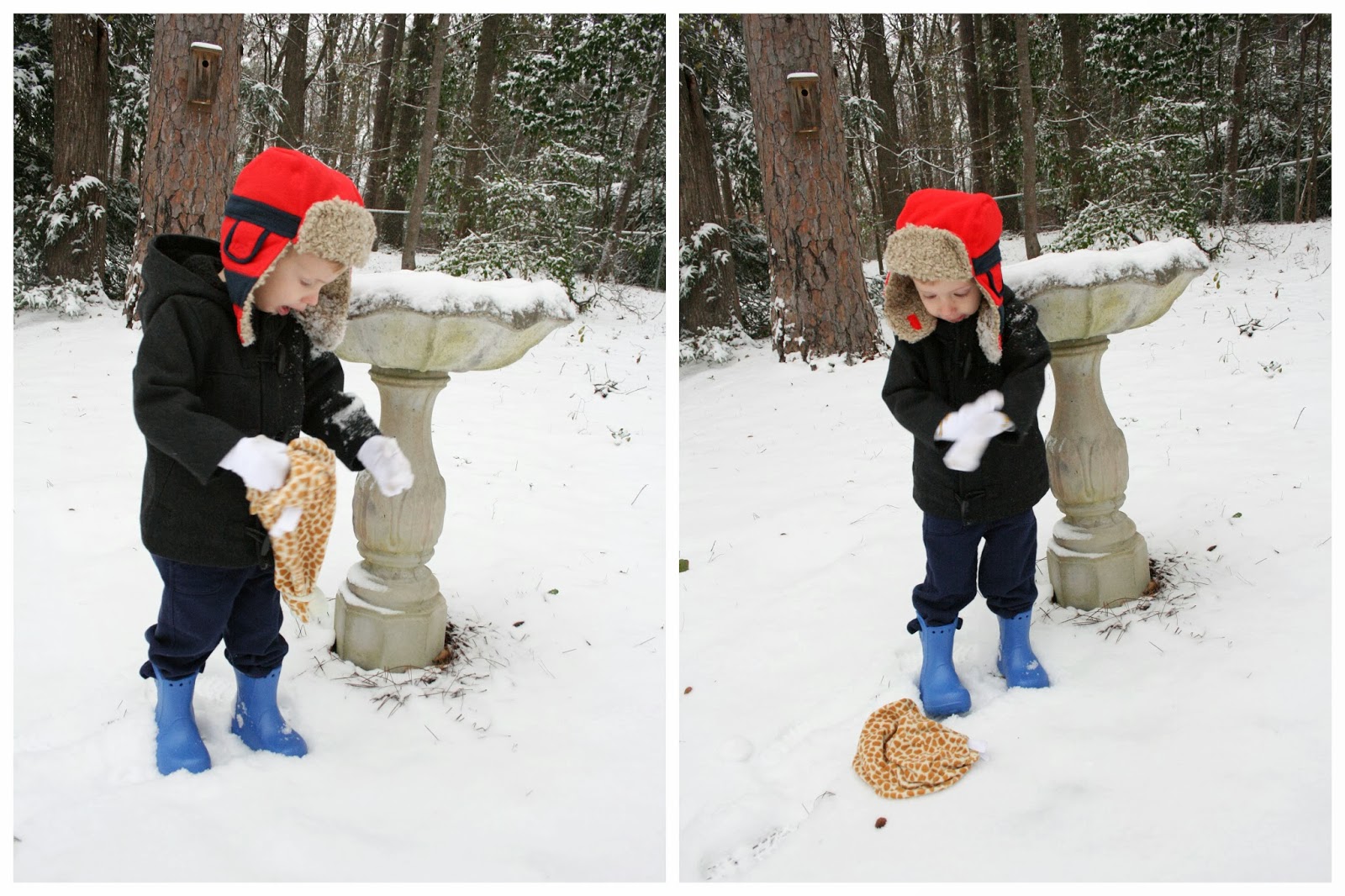 Joe taught the kids how to make snowballs and throw them at me. Very nice… But you know what they say about payback right? He got his! 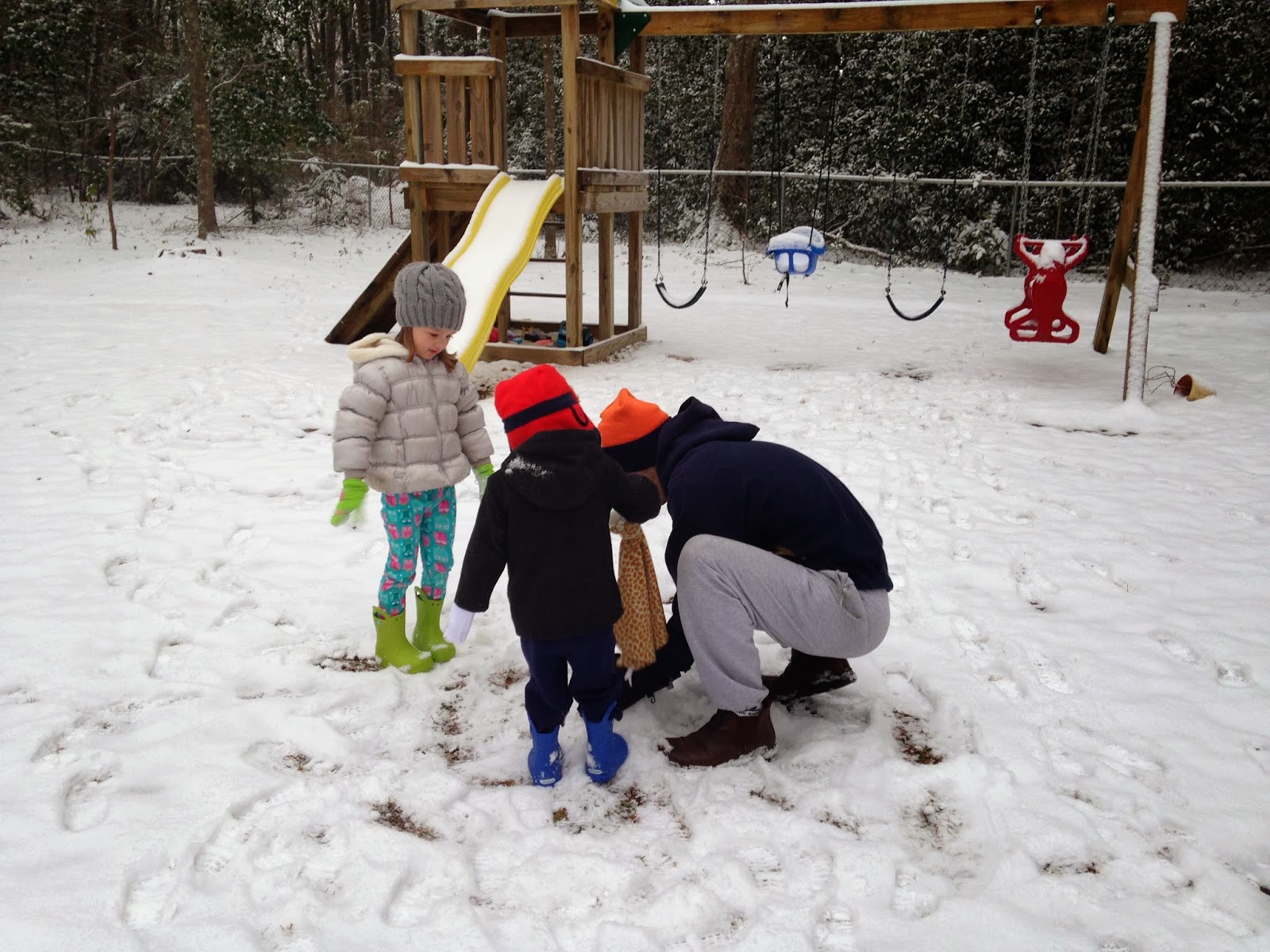 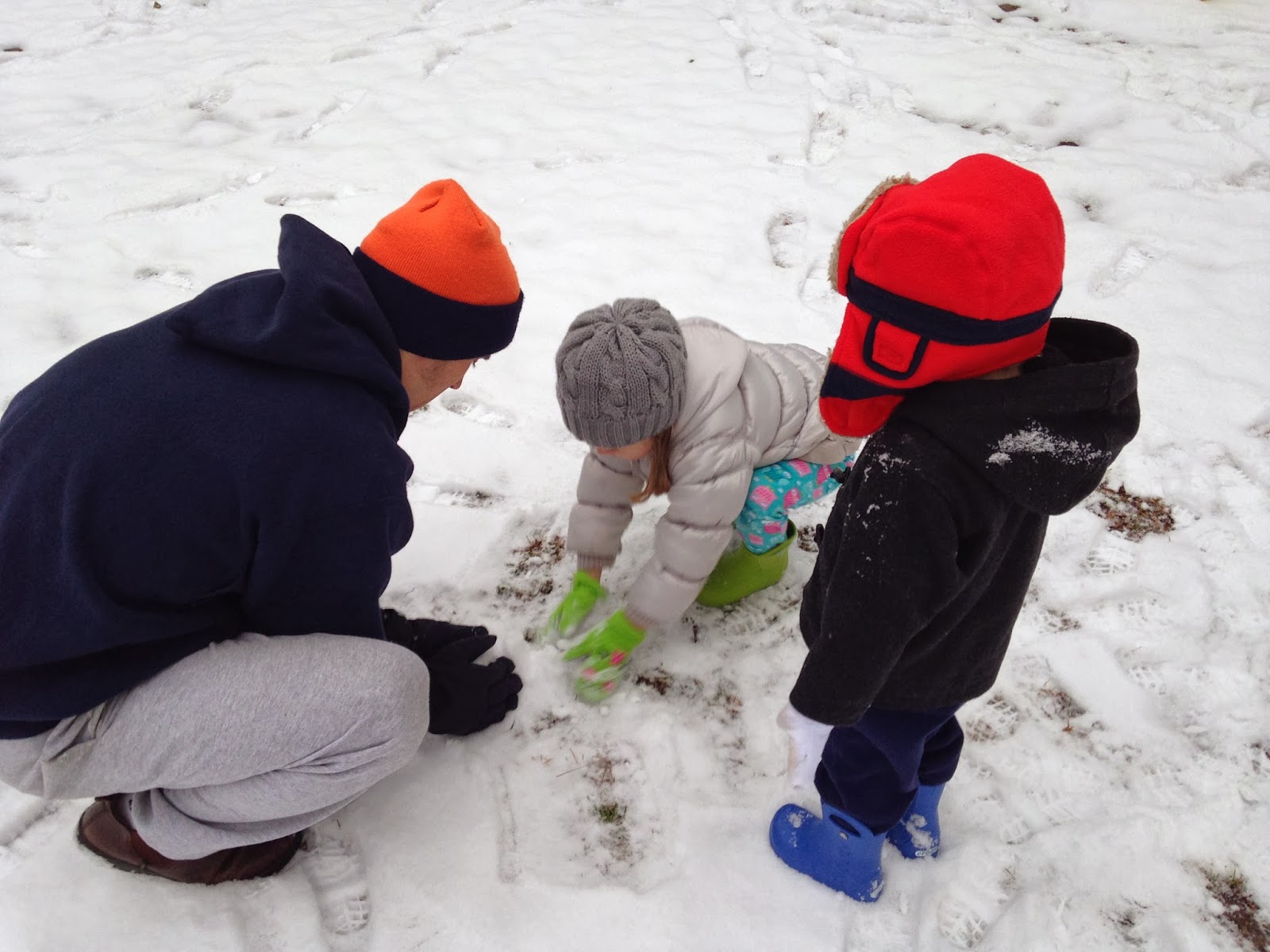 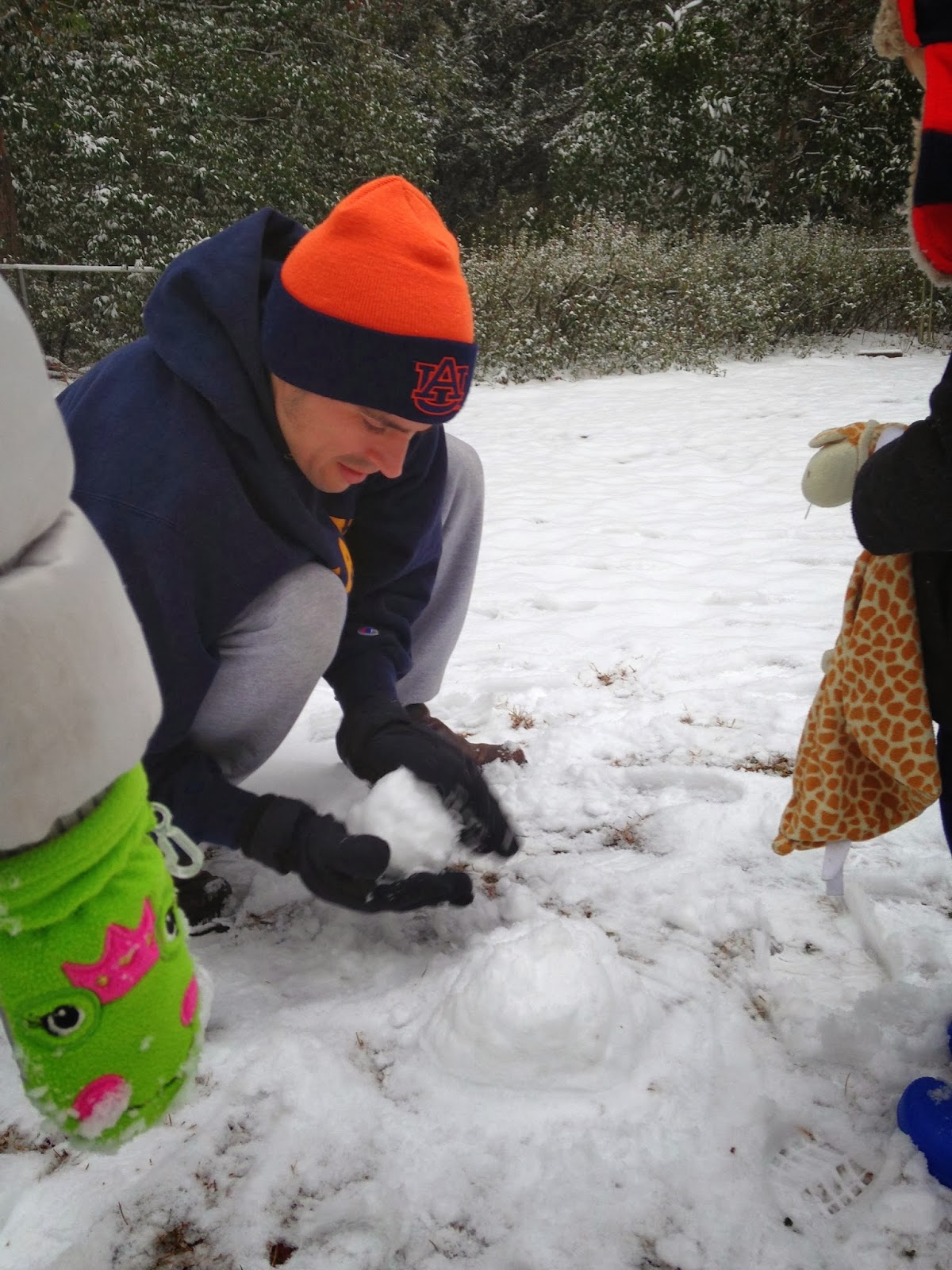 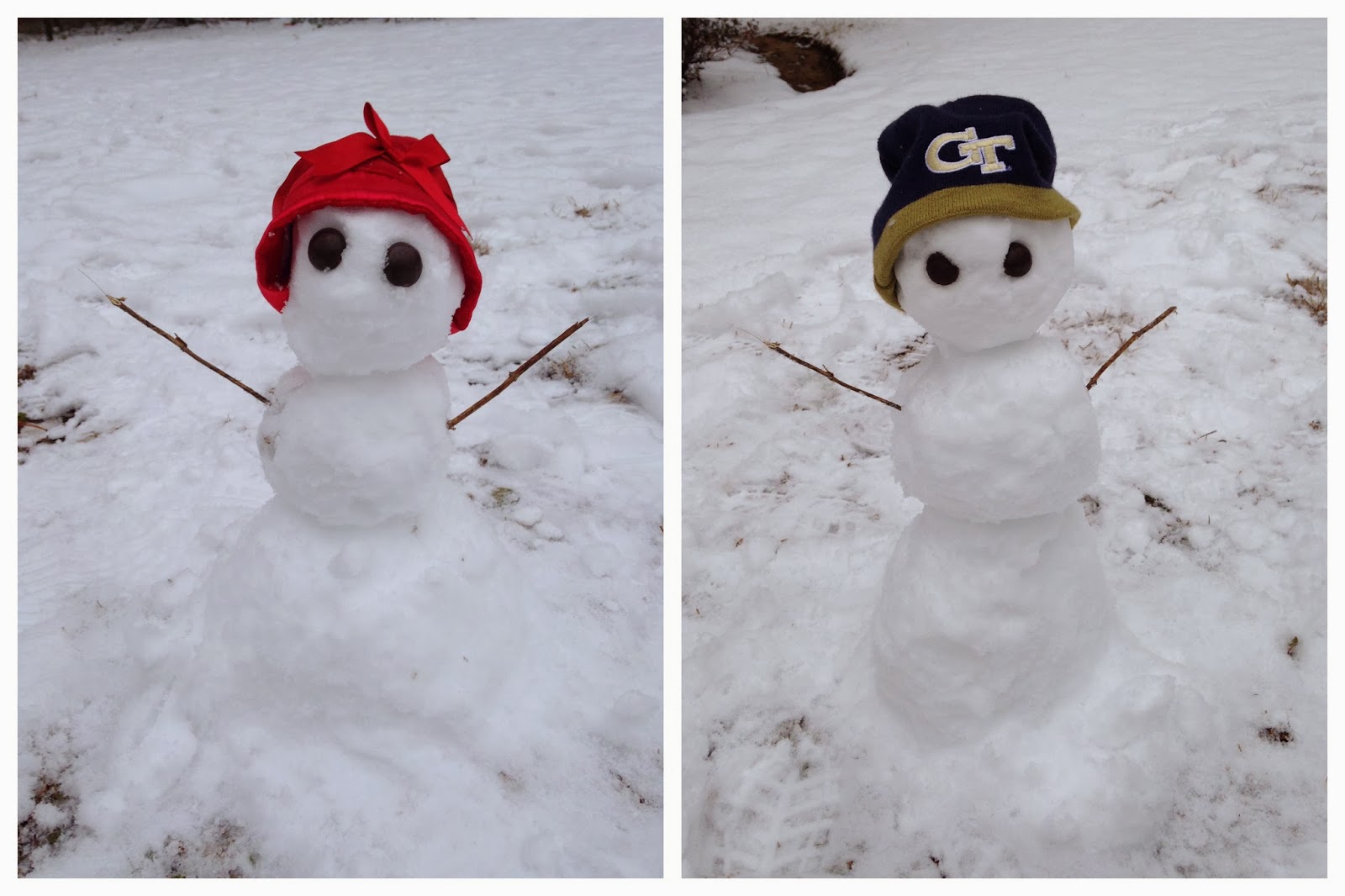 Bitty’s hat for the girl and Joseph’s for the boy. Junior mints for eyes. Joe called to my attention that our snow people did not have mouths… Oops. It was cold, is all I can say. Size of the snowman matters not. We were just excited to say we made one…two, actually! 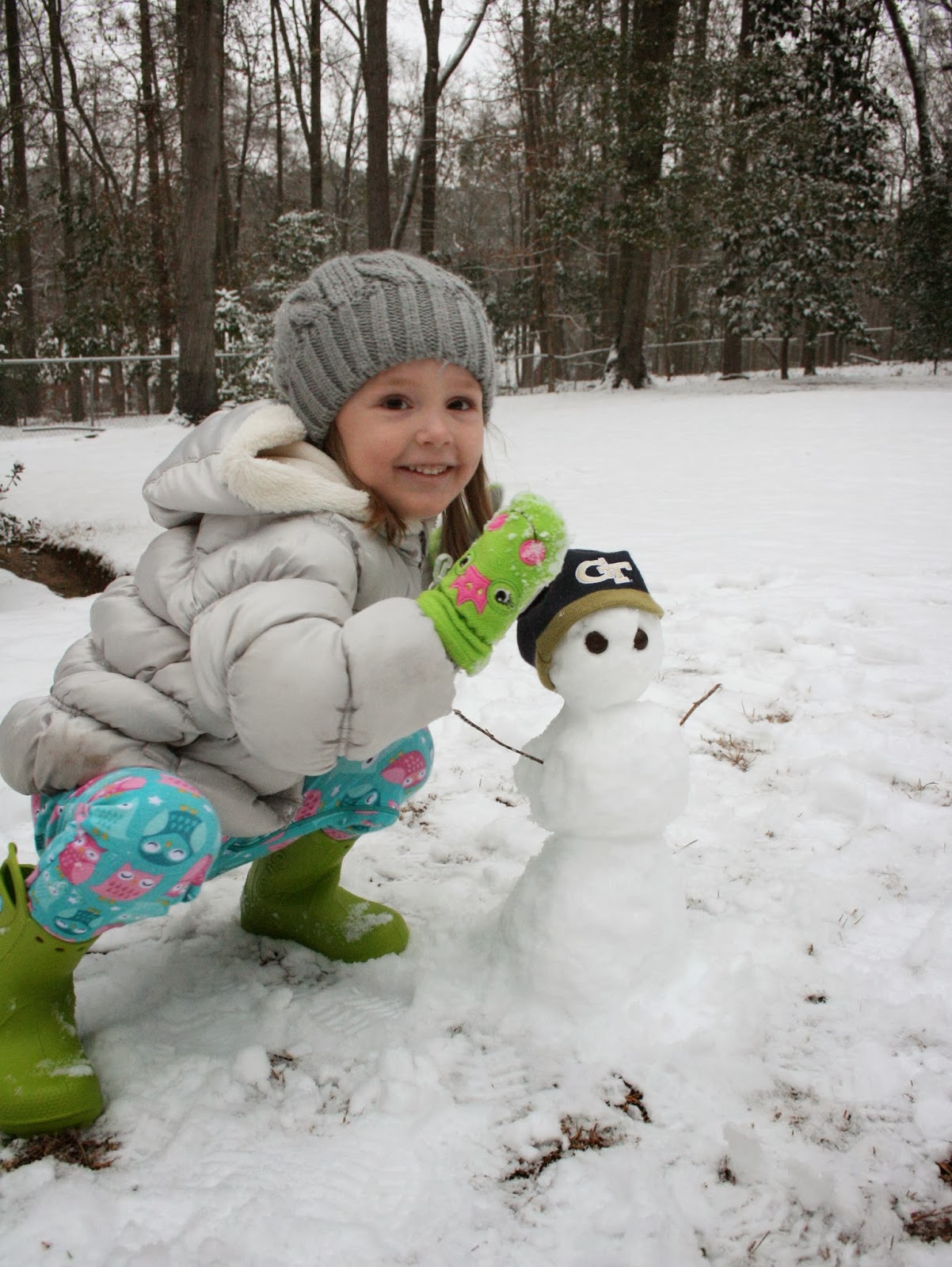 Joseph did some cleaning… 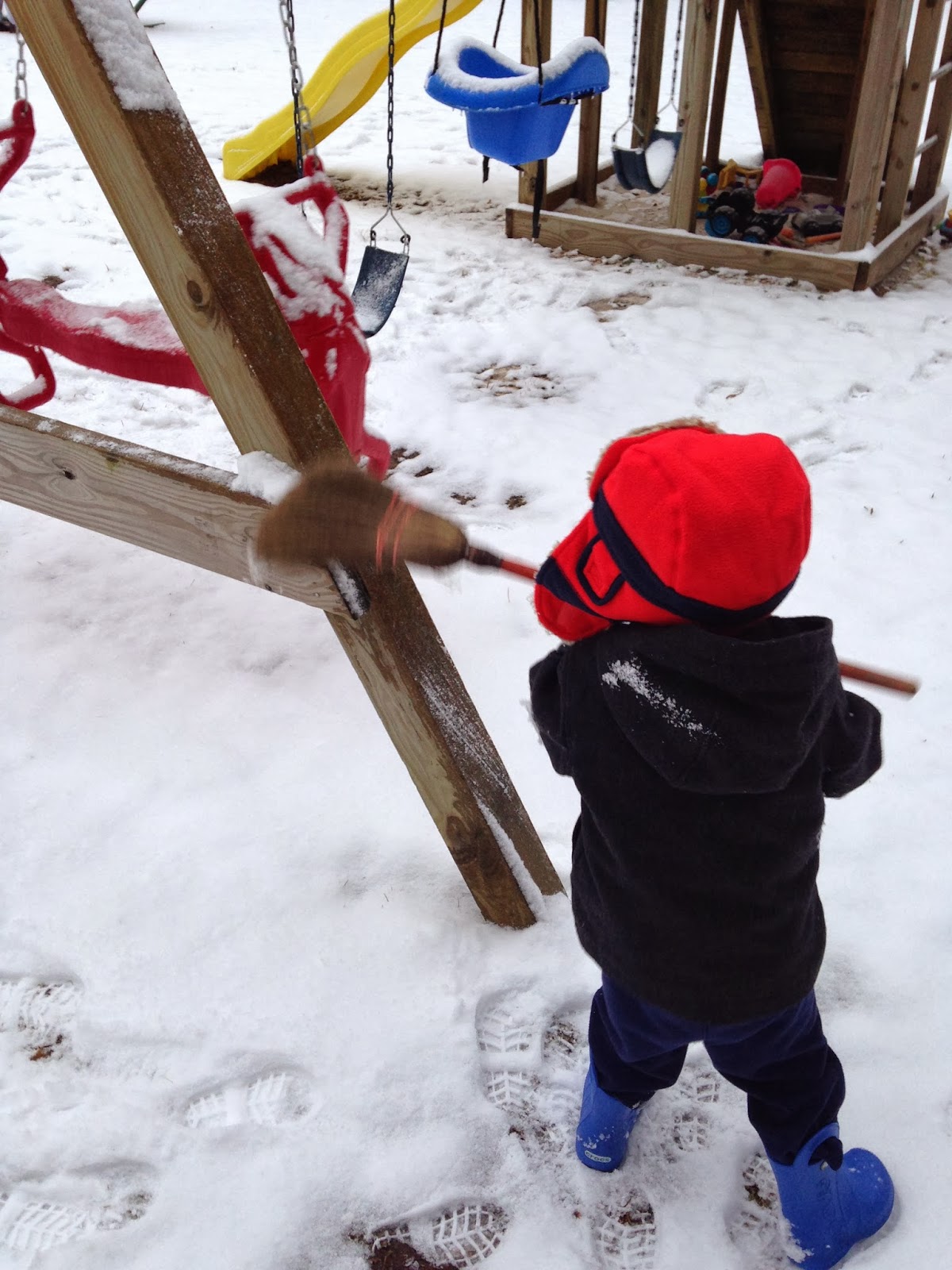 and then we went inside to thaw out. A little while later, we set out for more fun… 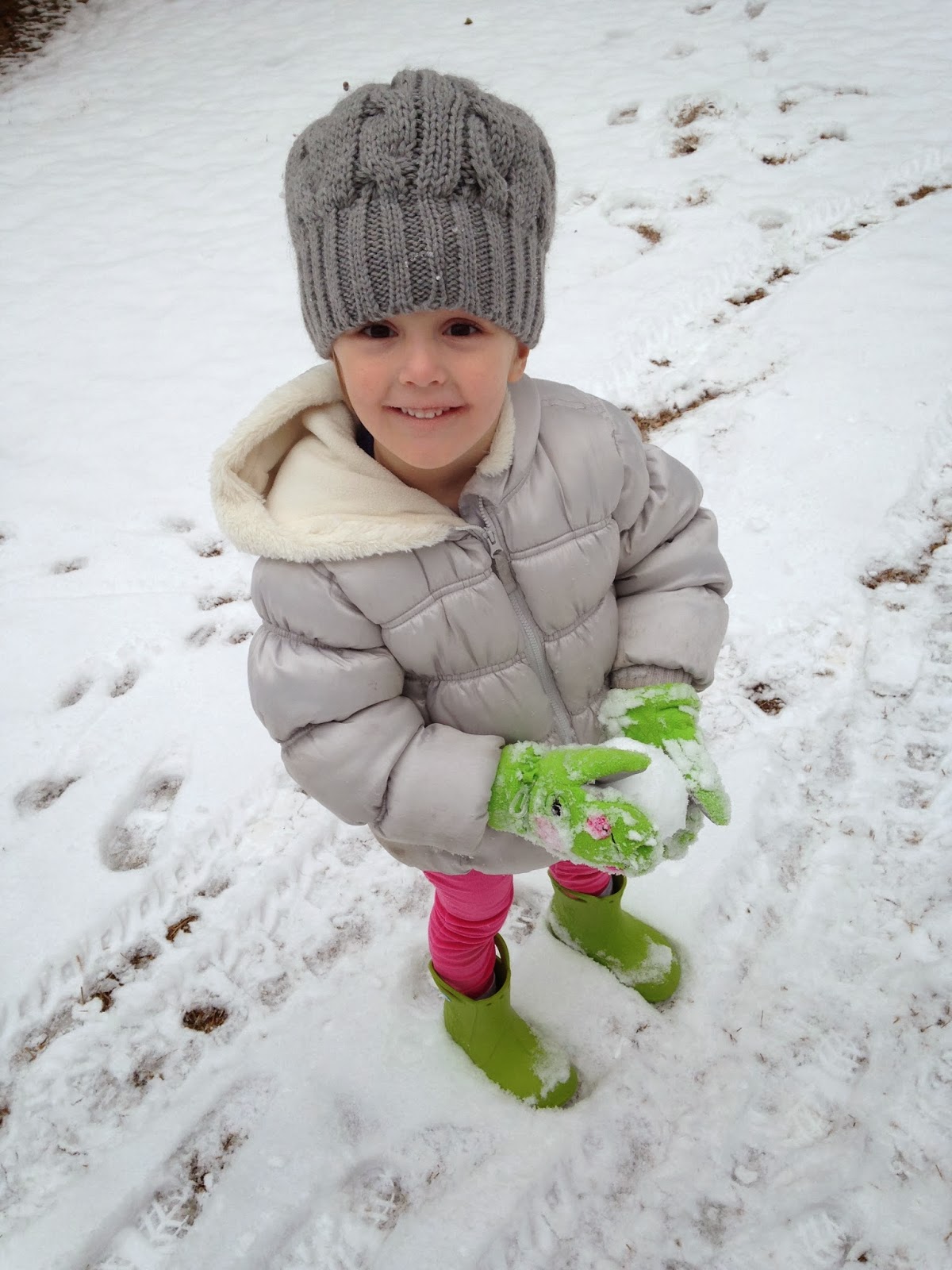 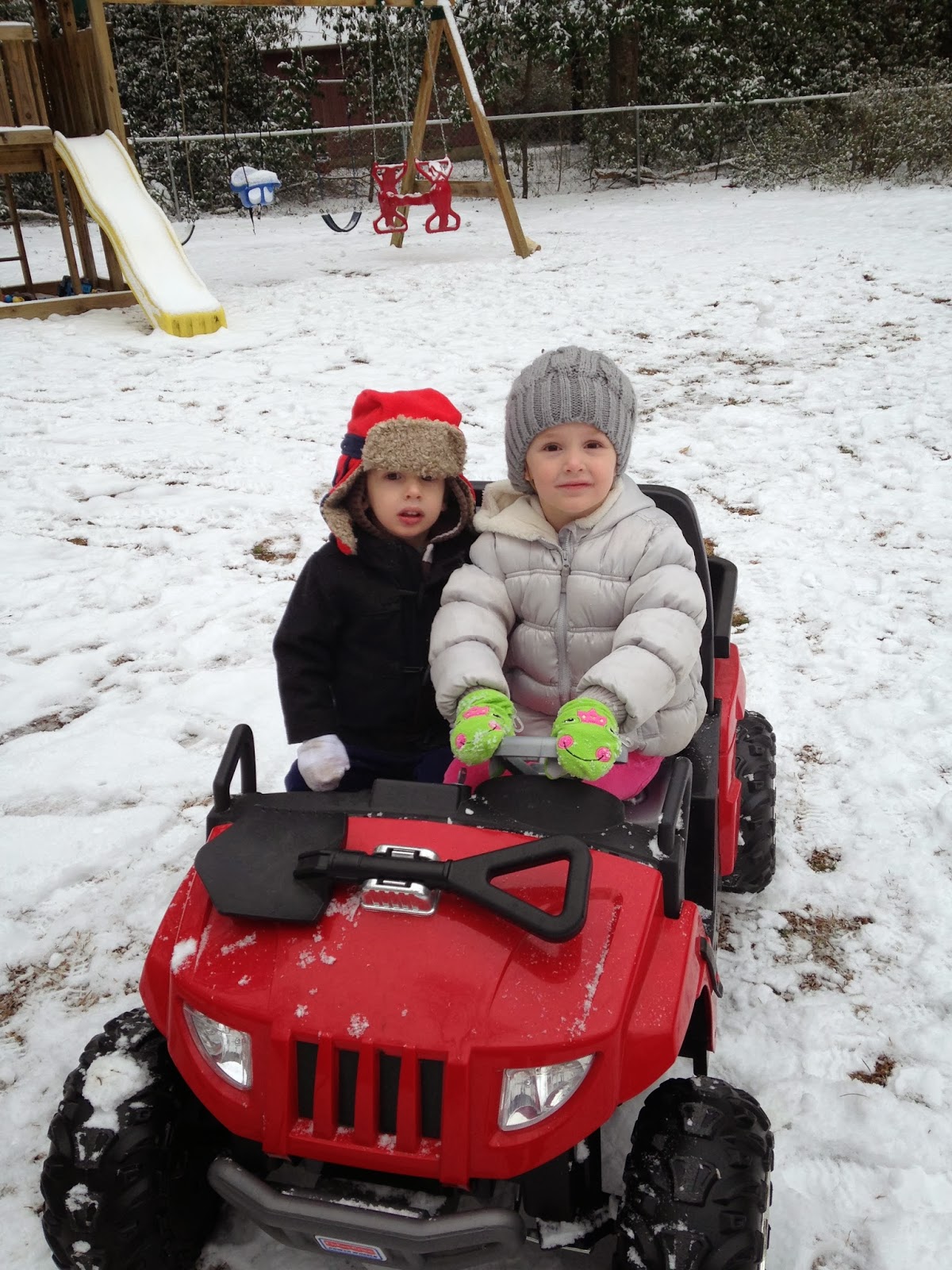 And then we decided to go for a little drive to see Sandersville in the snow. 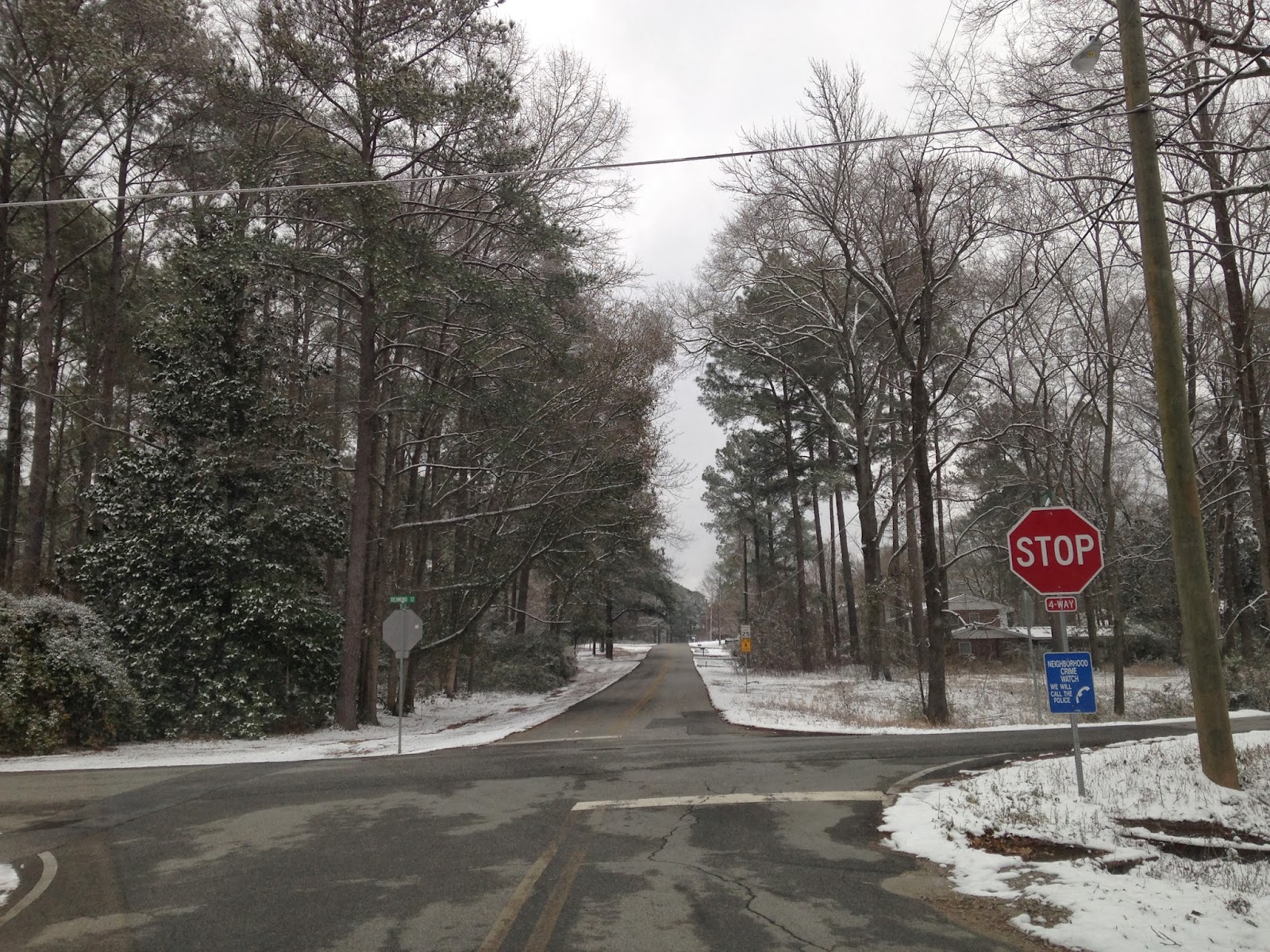 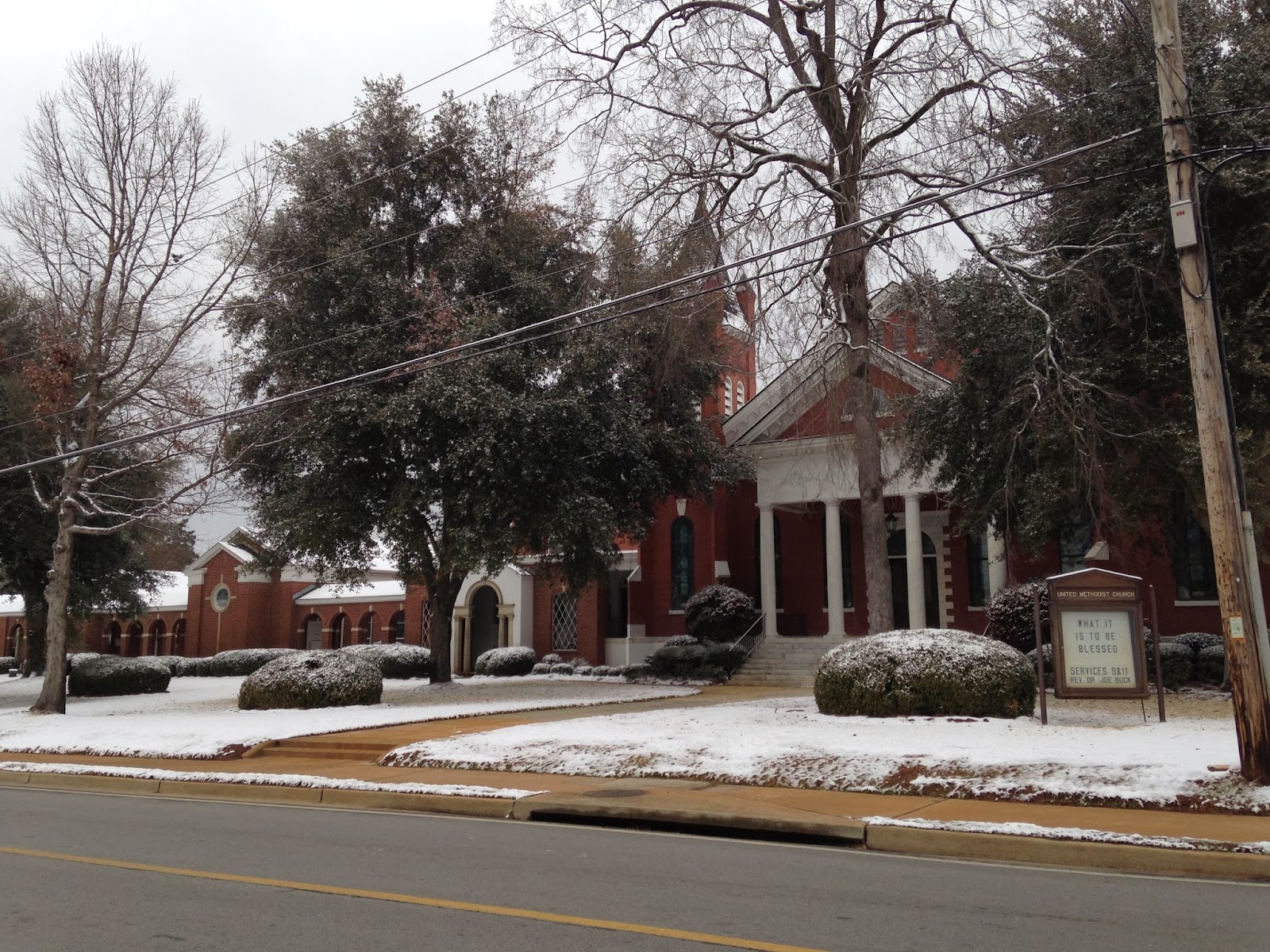 That’s our church above… Sandersville UMC. 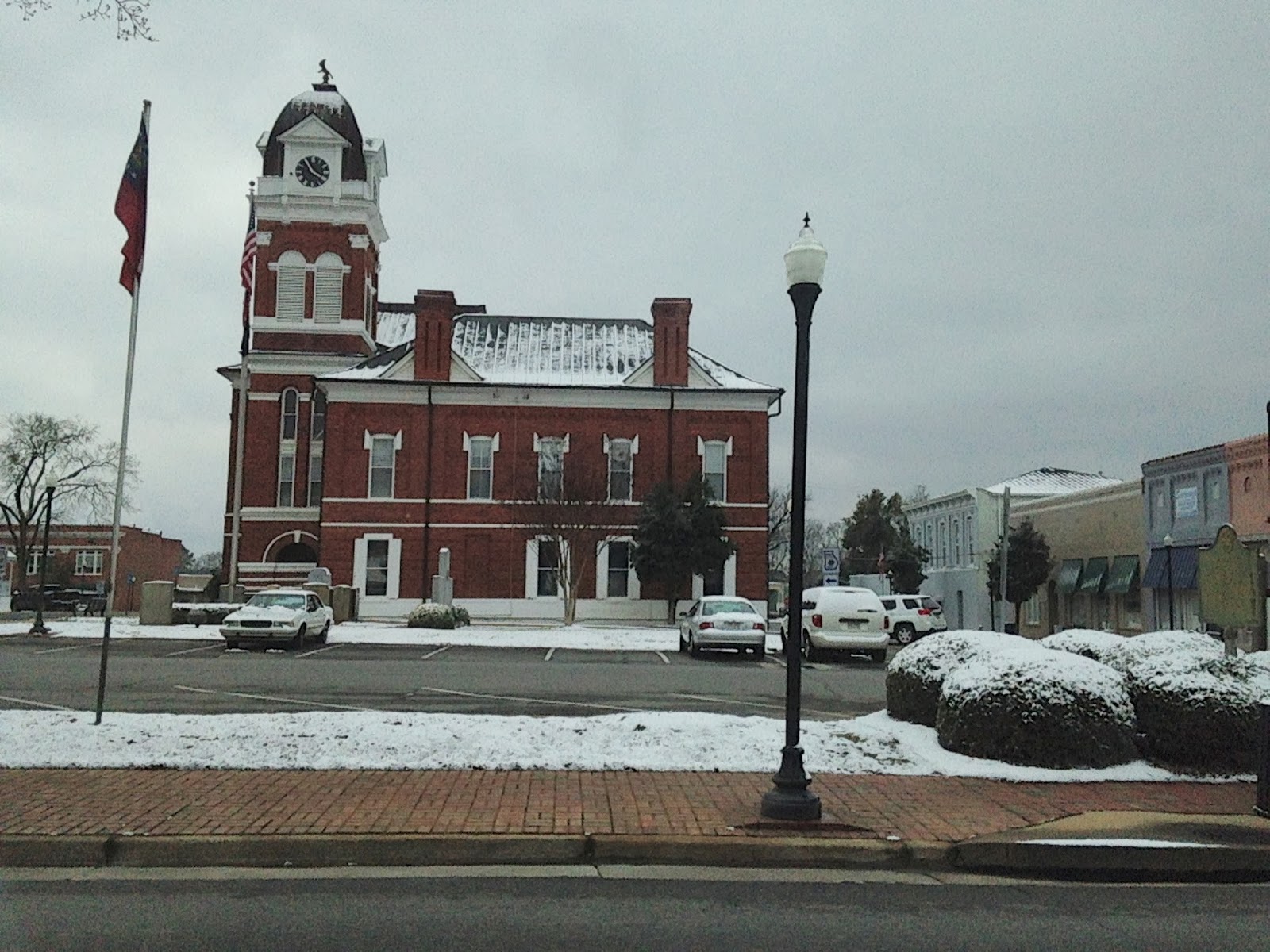 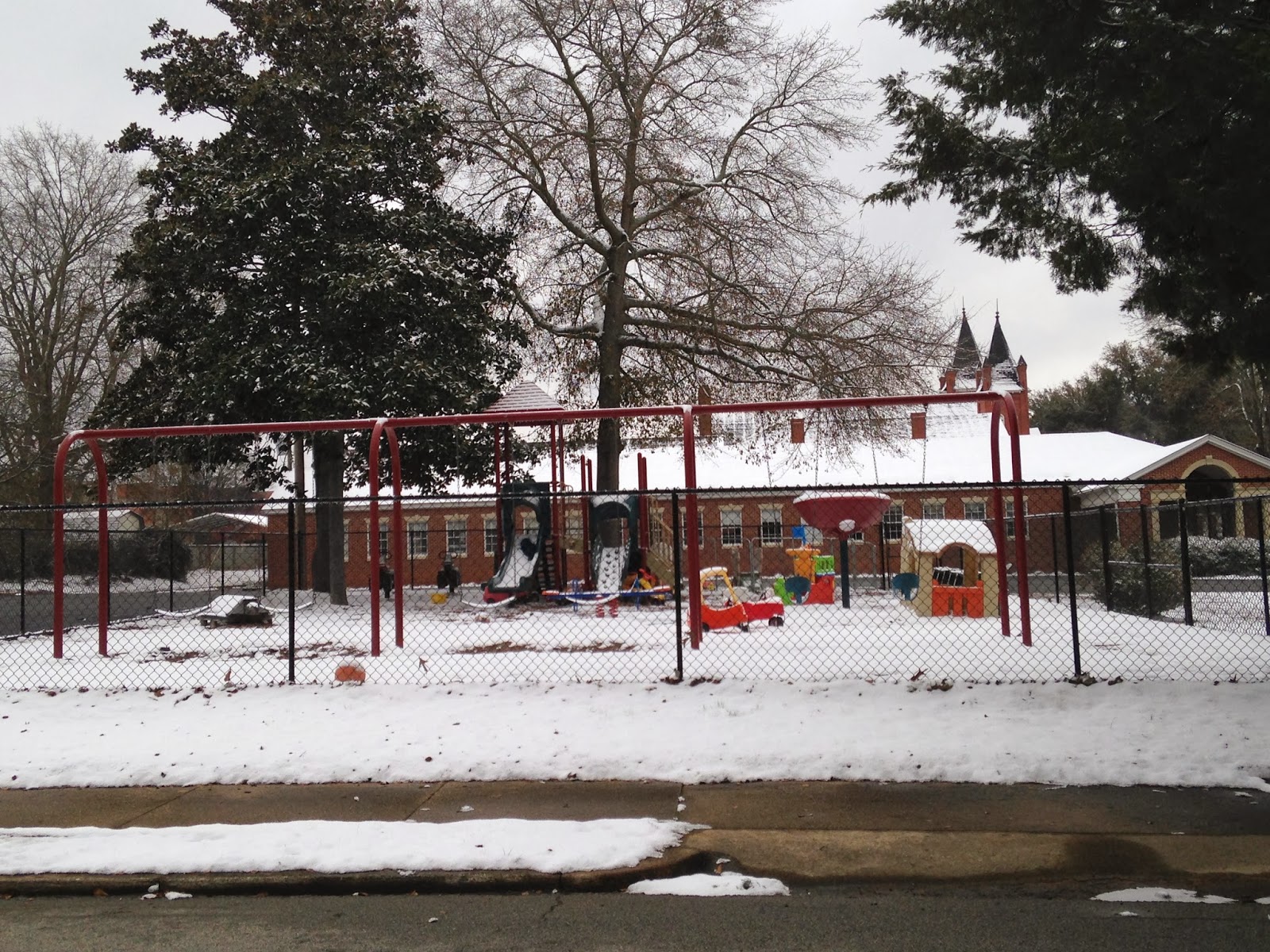 Hannah and Joseph liked looking at the preschool playground covered in snow.

We spent the rest of our time indoors, looking at the snow periodically from the playroom where we cuddled and played in front of a fire much of the day. {I did do some closet cleaning-out, committed to my goal of organizing and de-cluttering this house.} In the afternoon we made popcorn and watched Lady and the Tramp. It was a really good day. We are thankful for the blessing of a warm house when so many, even in our small town, don’t have even that.

School was closed again today. Hopefully (for their sake and mine!) tomorrow they can go back. It’s suppose to be 68 degrees on Sunday. Are you kidding me?