This past week is one I’d rather not live again. Our hospital stay was a roller-coaster ride of emotions. 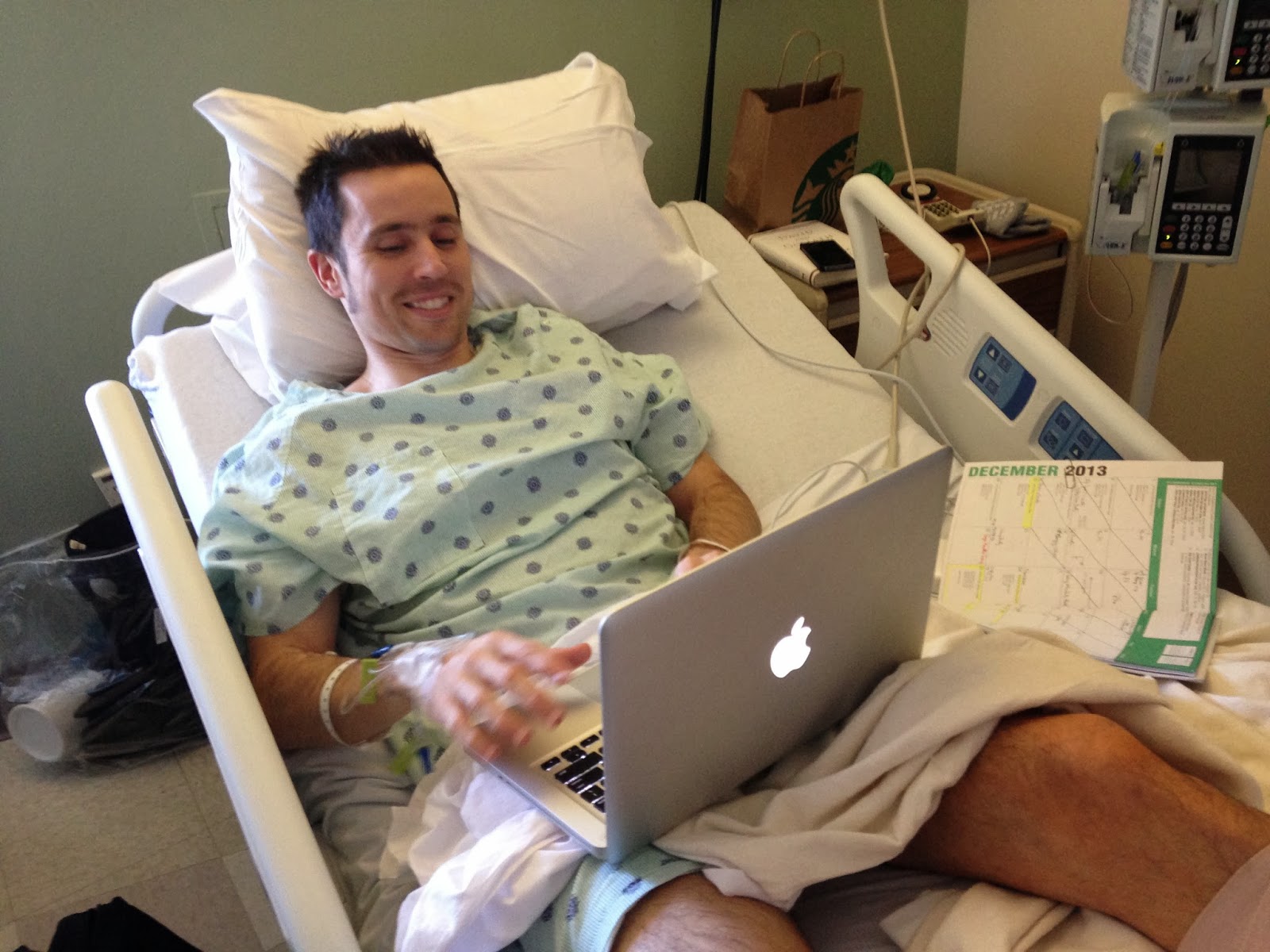 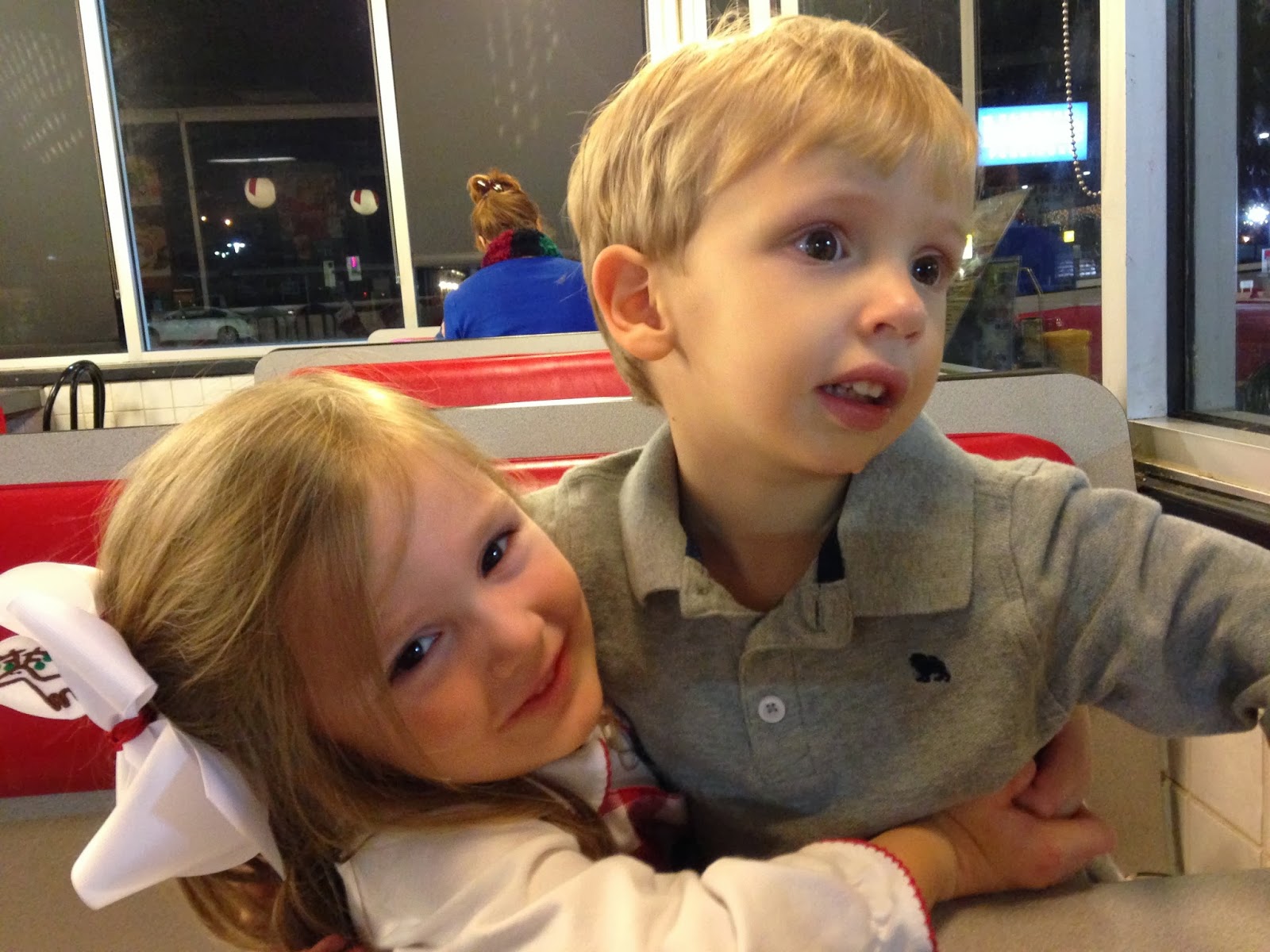 We adjusted after the initial news that Joe would be in the hospital for two days. Tuesday morning I brought Joe his laptop and a book and he was good to go. Tuesday night I returned home in time to take the kids to a quick supper at Waffle House.

On Wednesday morning we received more bad news: due to trauma patients coming into the ER the night before, Joe’s surgery was delayed until the afternoon. Ok, that’s fine, we understand. Then yet another doctor (we talked to several residents and never actually saw Joe’s surgeon) told him that he would need to stay until Saturday. What?!? This doctor said that it takes cultures 5-7 days to grow, and pathology results wouldn’t likely be known in two days. I was beyond frustrated. I was in tears. Why the conflicting word? Why are we hearing from different doctors? Why do we have to stay at the hospital to wait for pathology results?

Why can’t we be home, with our babies, getting ready for Christmas, wrapping presents beside the tree, and celebrating the season?
One thing I learned during our first hospital stay is that MCG (now GRUMC), being a teaching institution, is that you are going to talk to, and get news and advice from several doctors…and you don’t know if they are first-year residents, chief residents or full-blown doctors. And it can be very frustrating. I understand that doctors have to train in an actual hospital with actual patients, but when you are one of them, and you’ve answered the same questions twenty times, and are now hearing contradicting information, you want to see THE doctor. The attending physician, the head of orthopedics…the ONE that is cutting on your husband! So when I called Joe on my way to Augusta on Wednesday morning and he said someone (who didn’t even identify themself) told him he’d be there until Saturday, the tears were totally justified.
I was going to be there for a 10am surgery and then we were going home. Not so fast. But, fortunately for us, the day turned around.
Being the type of patient/spouse/mother that I am, I ask lots of questions. I demand answers and if I’m frustrated, I tend to let it show. I’m sure my assertiveness is one of the qualities Joe admires most in me…or maybe not. When I arrived, Joe was talking to a doctor. I sat on the hospital bed and recorded the conversation on my phone. It went well; we felt we were being heard. In the afternoon, the same doctor came in and offered us the option of a more “aggressive approach”: go in the lateral side, repeat wash-out, and then go in medial side, remove hardware and wash-out, stitch up.
The second surgery was a success: no further sign of infection and all hardware removed. Even better, when the doctor came in to talk to me, he said that Joe could be discharged that night. Results from cultures might still take a few days, but he would be put on oral antibiotics and sent home! We would change course if need be later. {I’ll add, to their defense, the doctors were trying to cover all the bases. There was/is a possibility that the infection could be anything from staph, to MRSA, to osteomyelitis (a bone infection) or something rare… It could also be nothing, or a bacteria that has already died.} 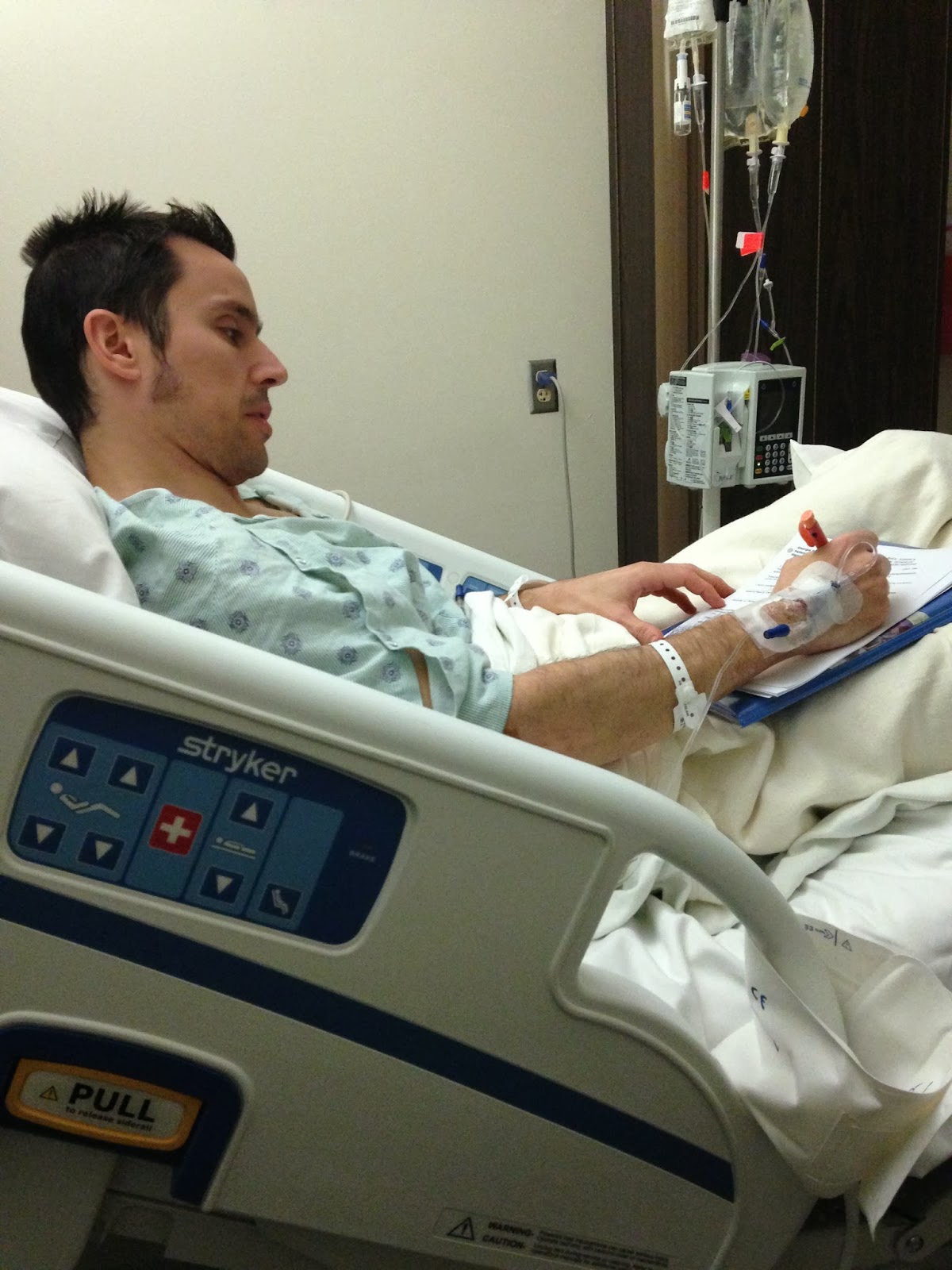 We arrived home in Sandersville around 10 o’clock on Wednesday night. Praise God!!! Hannah and Joseph spent the night with my sweet friend, Betsy. So thankful for how resilient my kids were, not really understanding what was going on, but handling the upheaval in their routine just fine. 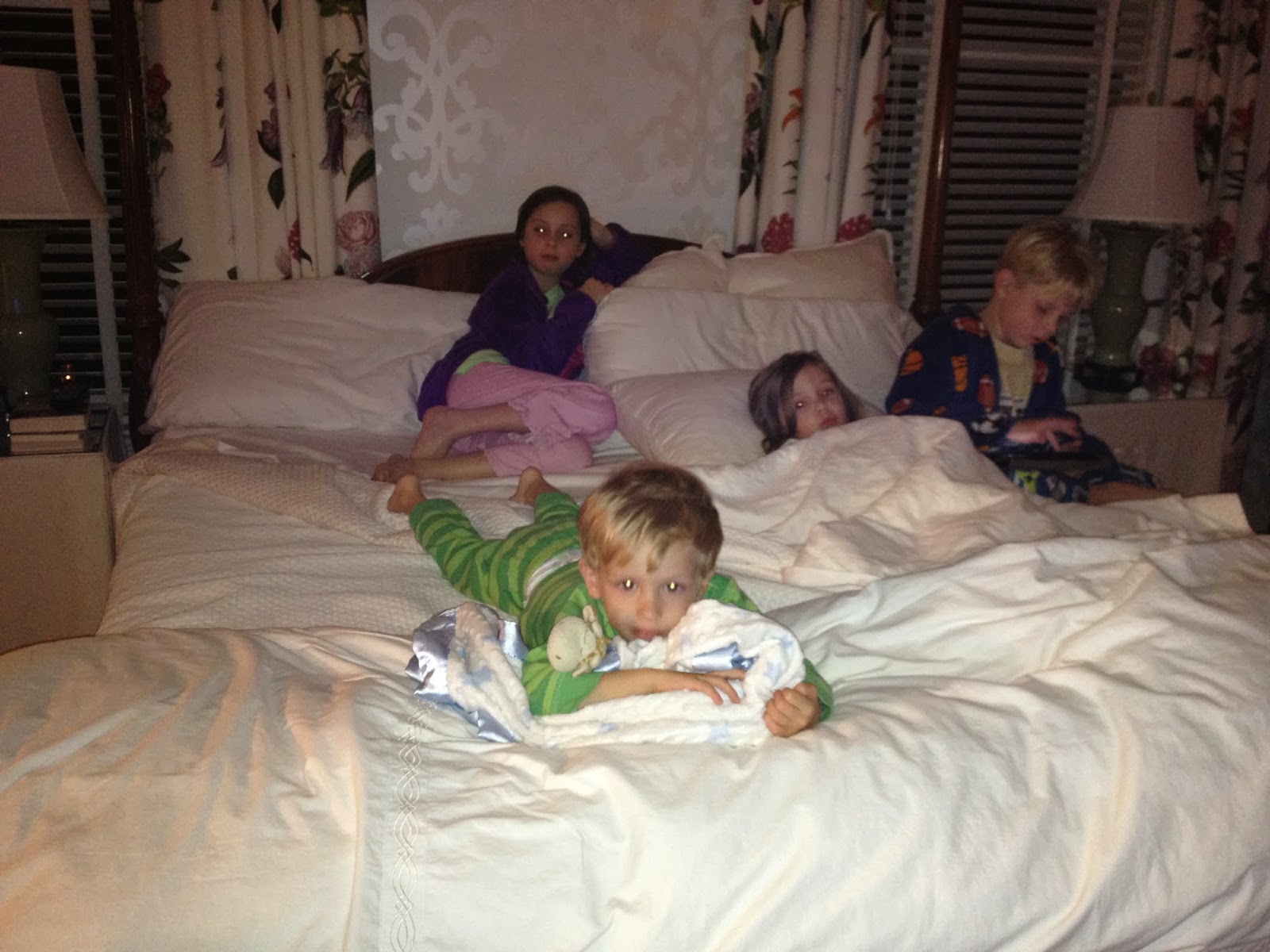 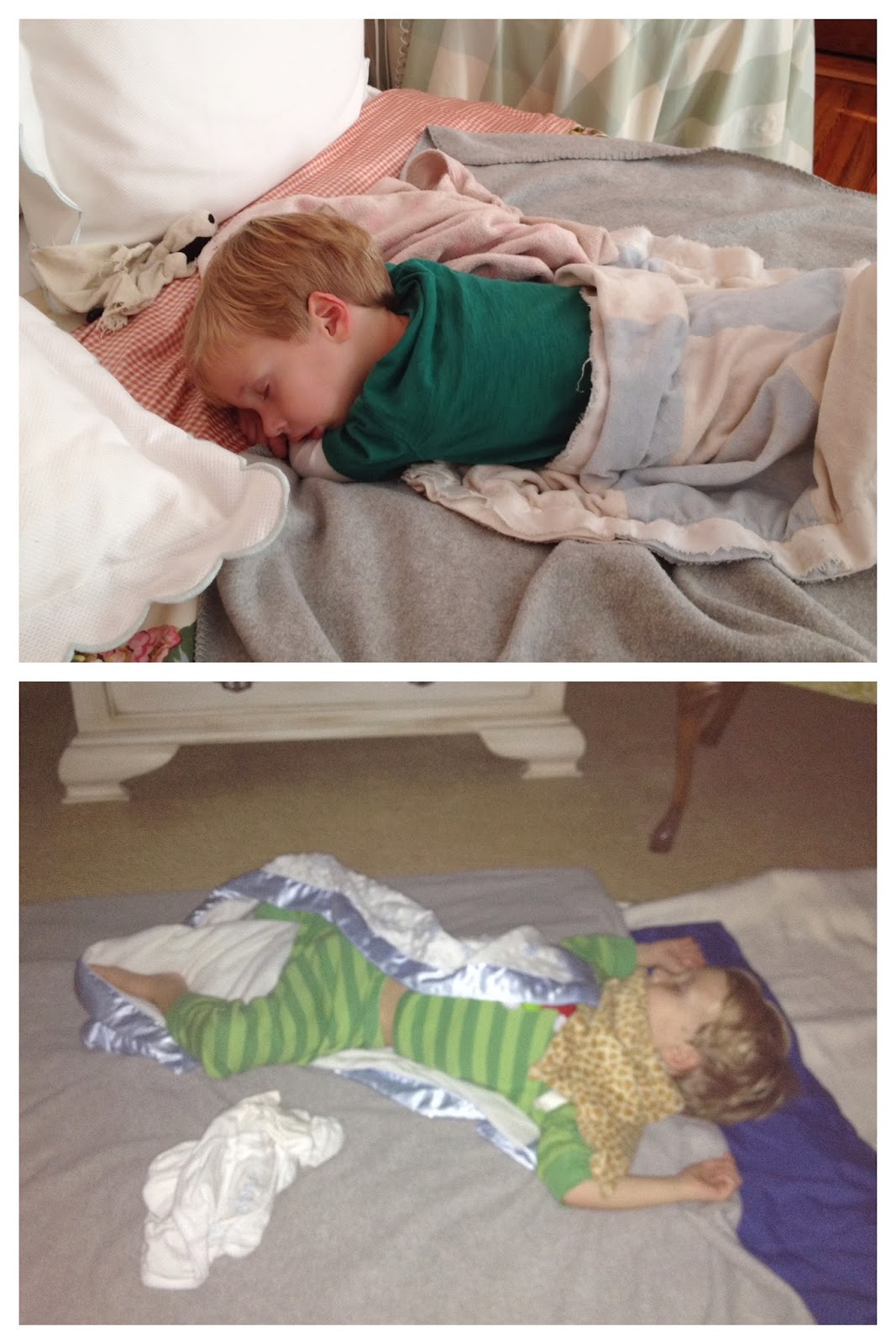 The last two days have been catching up, doing laundry, Christmas shopping and present wrapping, and playing and snuggling with Hannah and Joseph, a field trip to see Santa and preschool parties, a mother/daughter Christmas tea and decorating cookies with neighbor friends, delivering gifts and reading Christmas stories.

And Joe has been a part of most of it. He surprised the kids on their preschool field trip to see Santa at the bank Thursday morning. Then he went to Rotary. He’s run errands and gotten a haircut. He is moving around well, back in the old boot. And he’s not even taking pain medicine as scheduled. Yes, my husband is incredibly stubborn and strong-willed – a quality I guess I have to admit I admire in him. But he is doing great, considering.

I am so thankful to be to this point. We are so thankful, period.
Mailing her first letter to Santa: 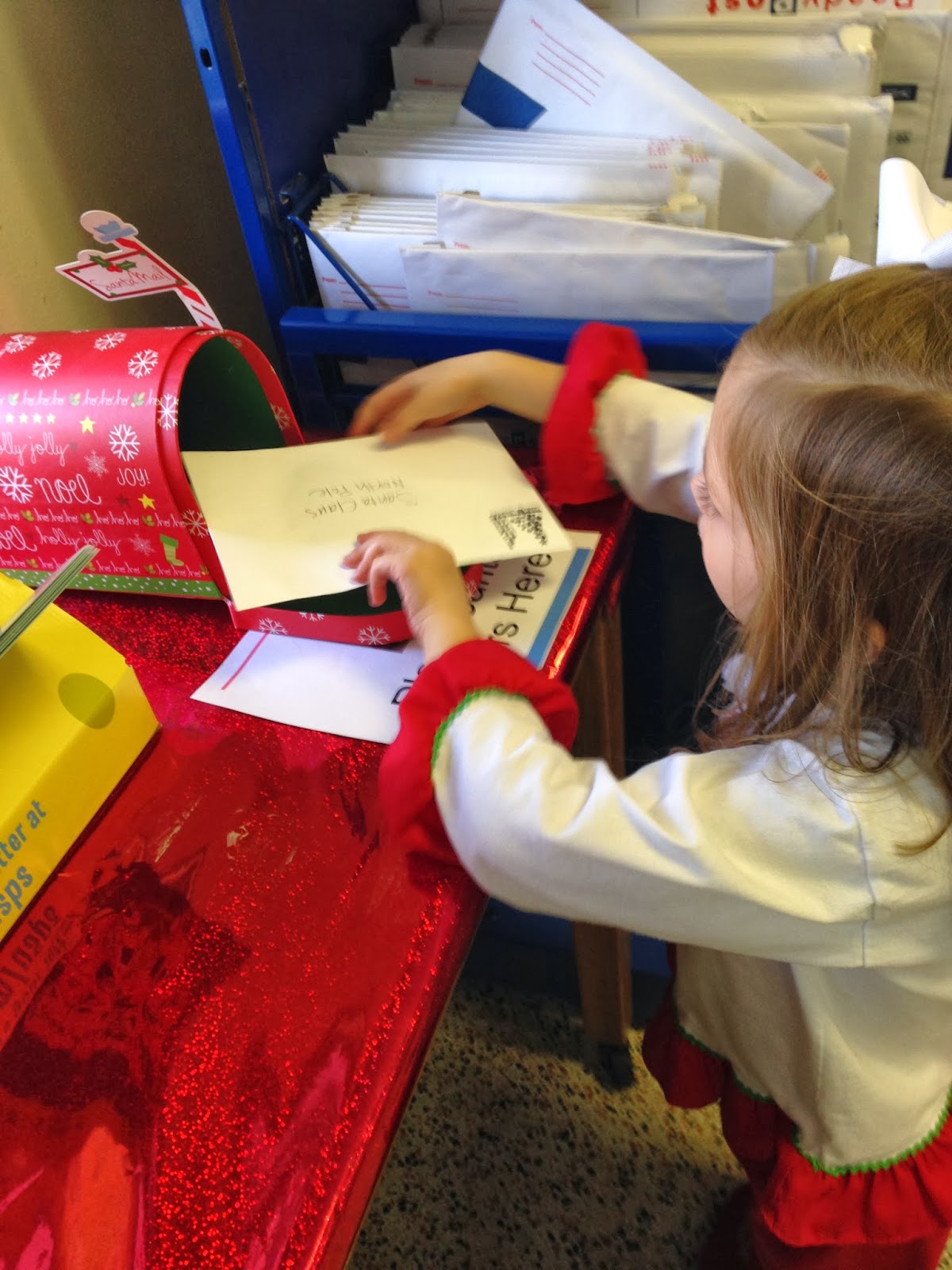 Preschool parties. A picture of the two of them together was just not happening. The uncooperative little brother: 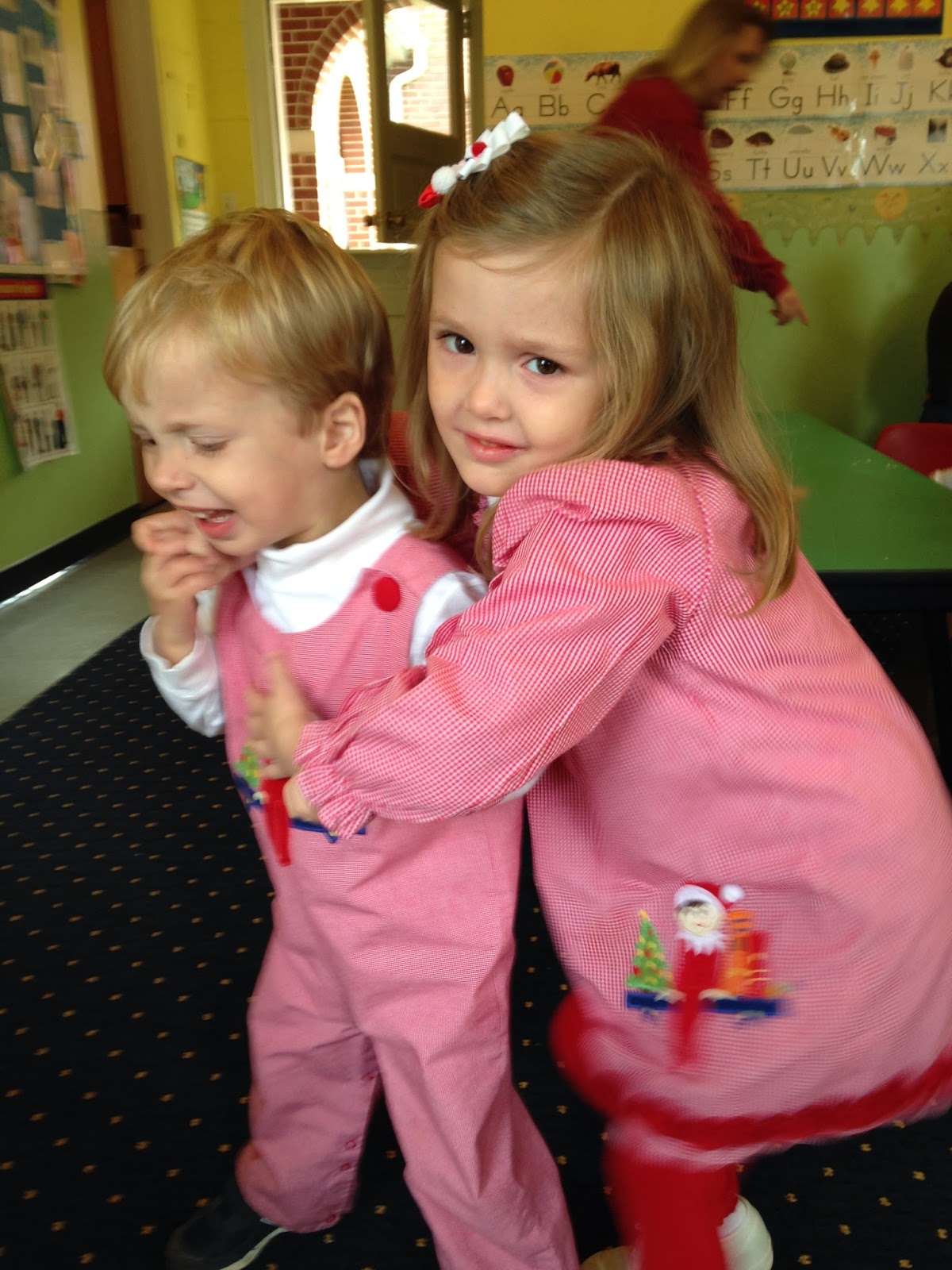 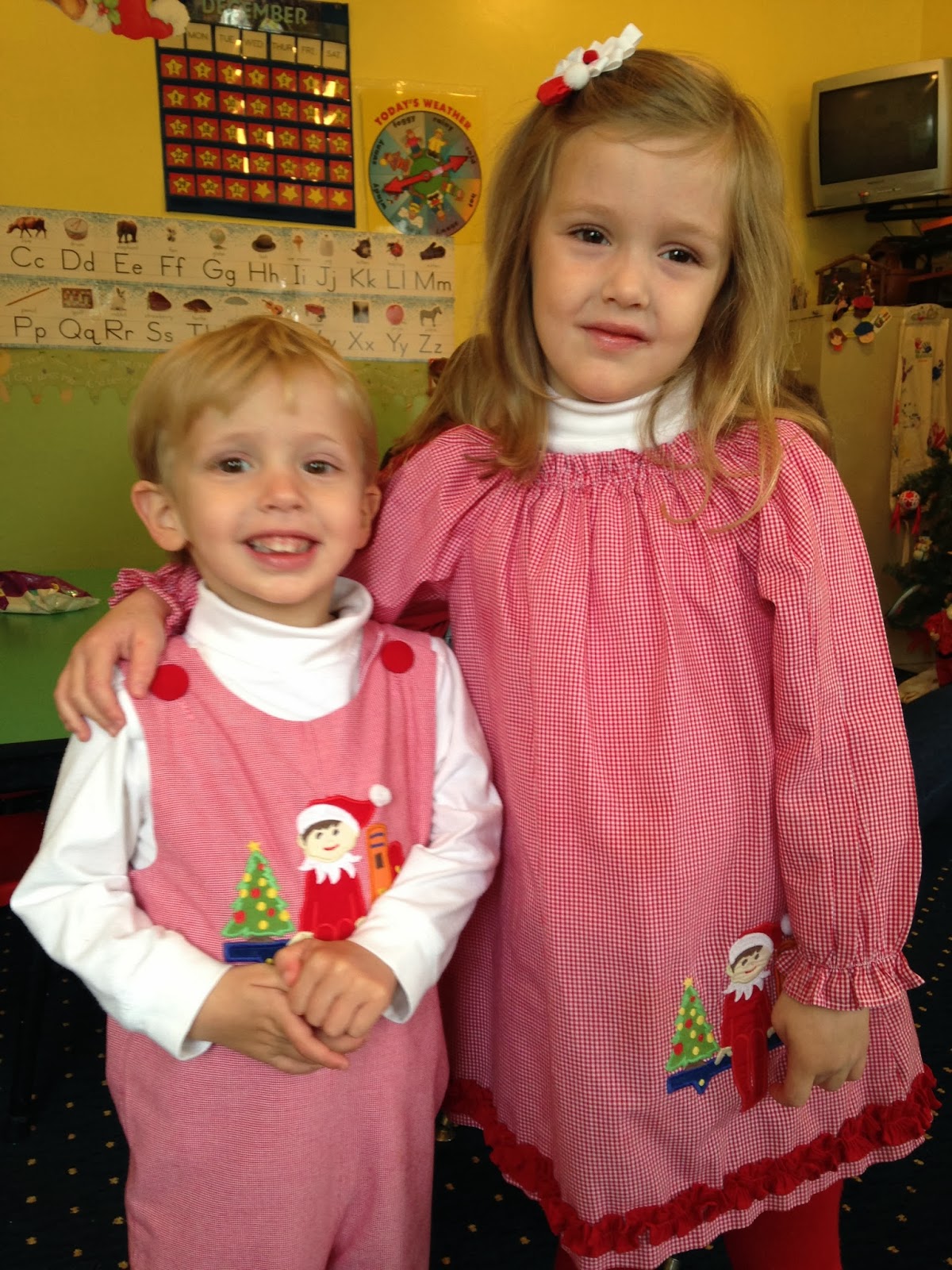 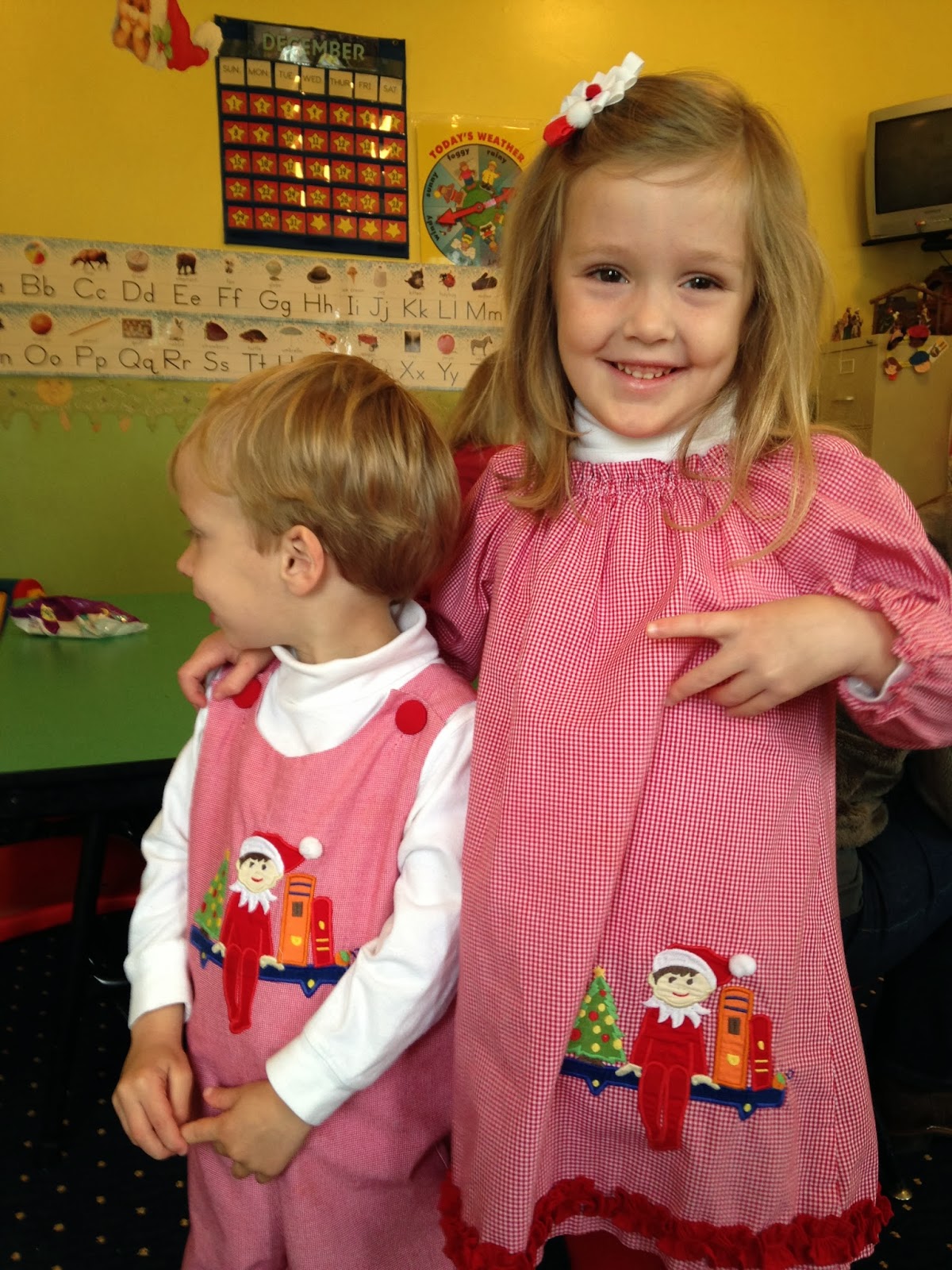 In the two-year-old class, you bring a wrapped present for your own child. We went with a ball. His first soccer ball. My brothers would’ve been proud: 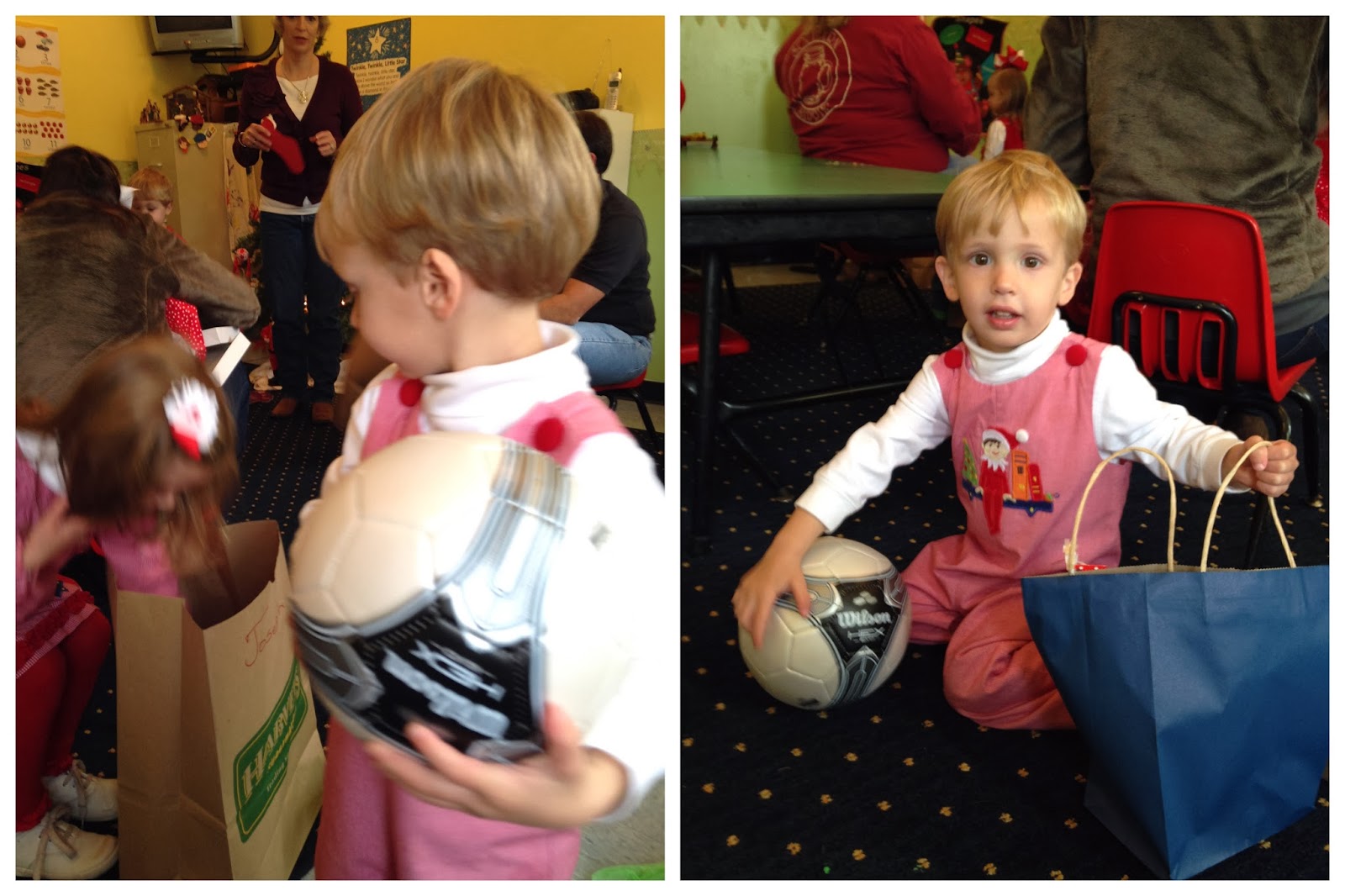 In the four-year-old class, they draw names. Hannah picked out a Barbie for Riley…and Maddy picked a Barbie for Hannah, a mermaid that goes in the bathtub. Perfect! {This is Hannah’s first Barbie. I planned on pushing off the Barbie thing for another year or two. Oh well, she’s happy.} 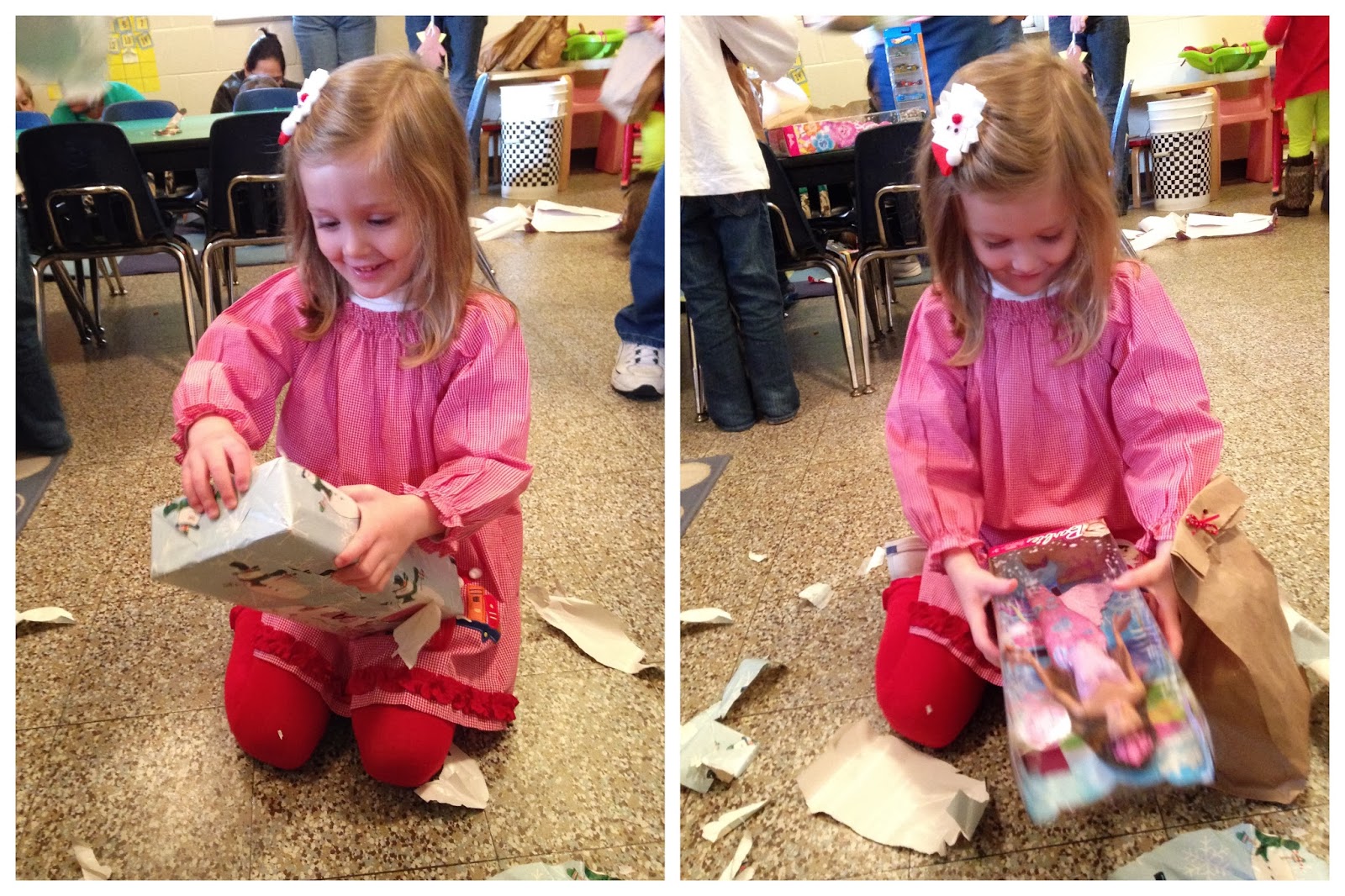 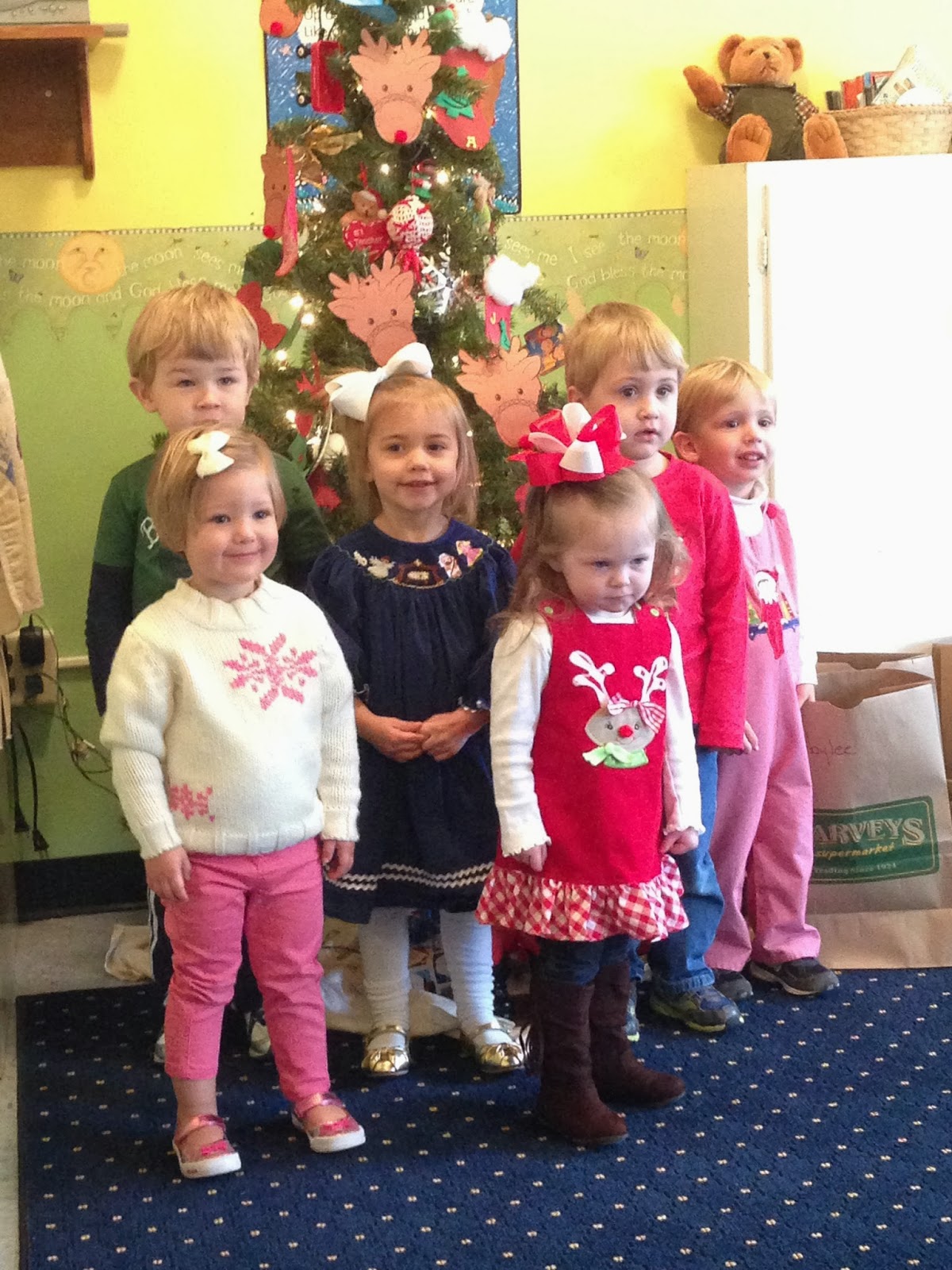 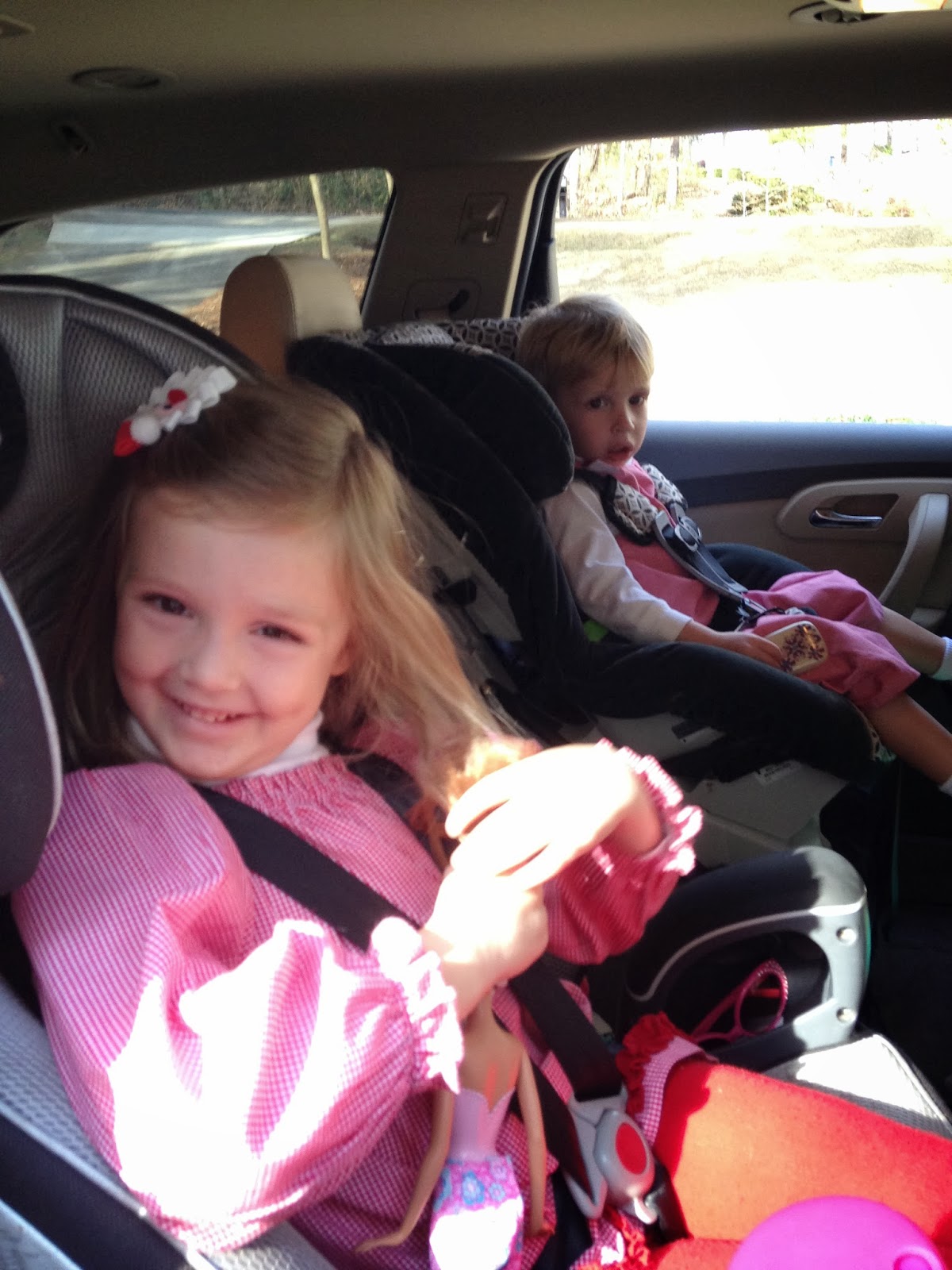 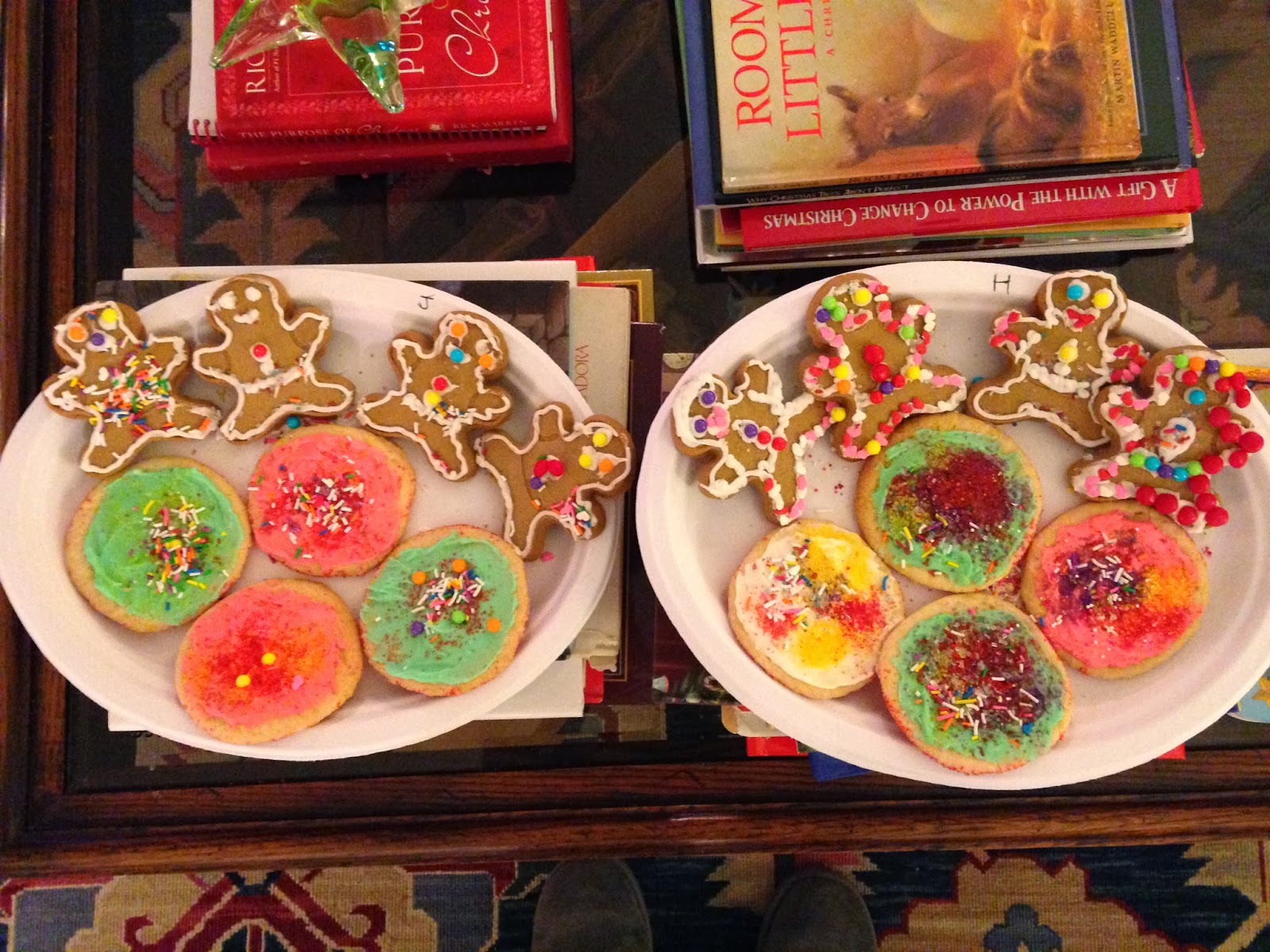 Watching the train from the sidewalk on Harris Street: 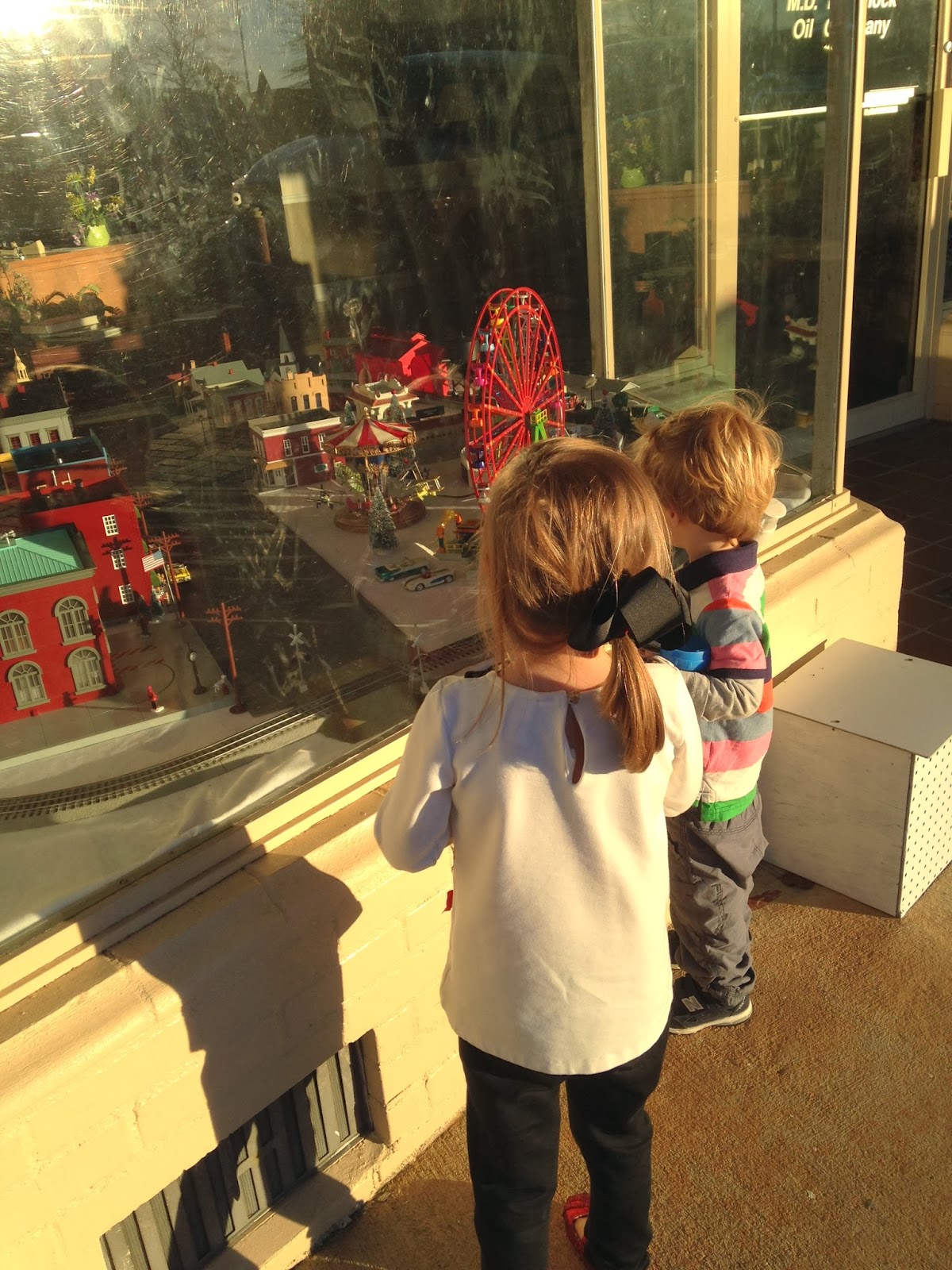 Going to Tennille for their Christmas festivities, a live nativity and Santa Claus. 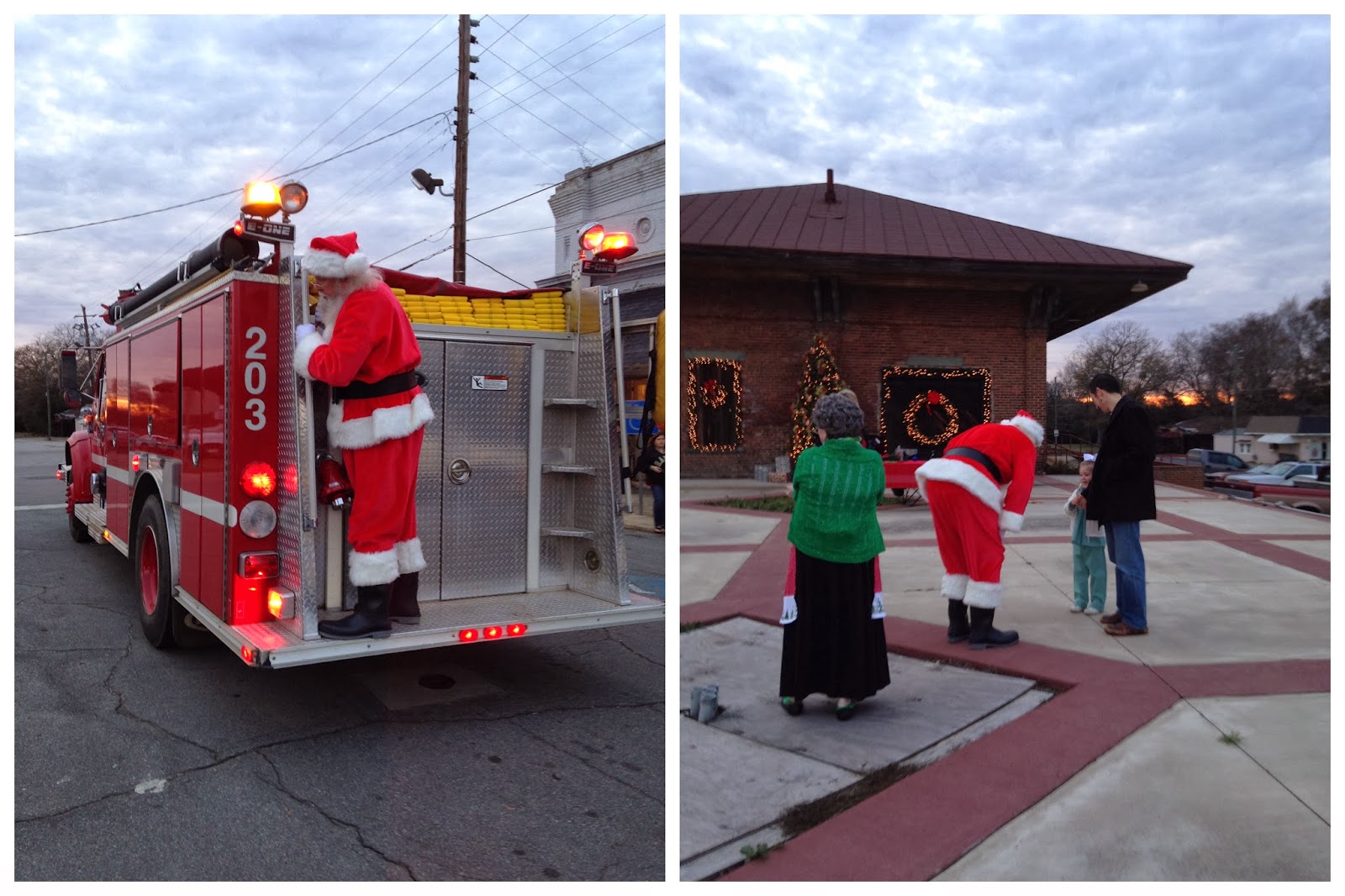 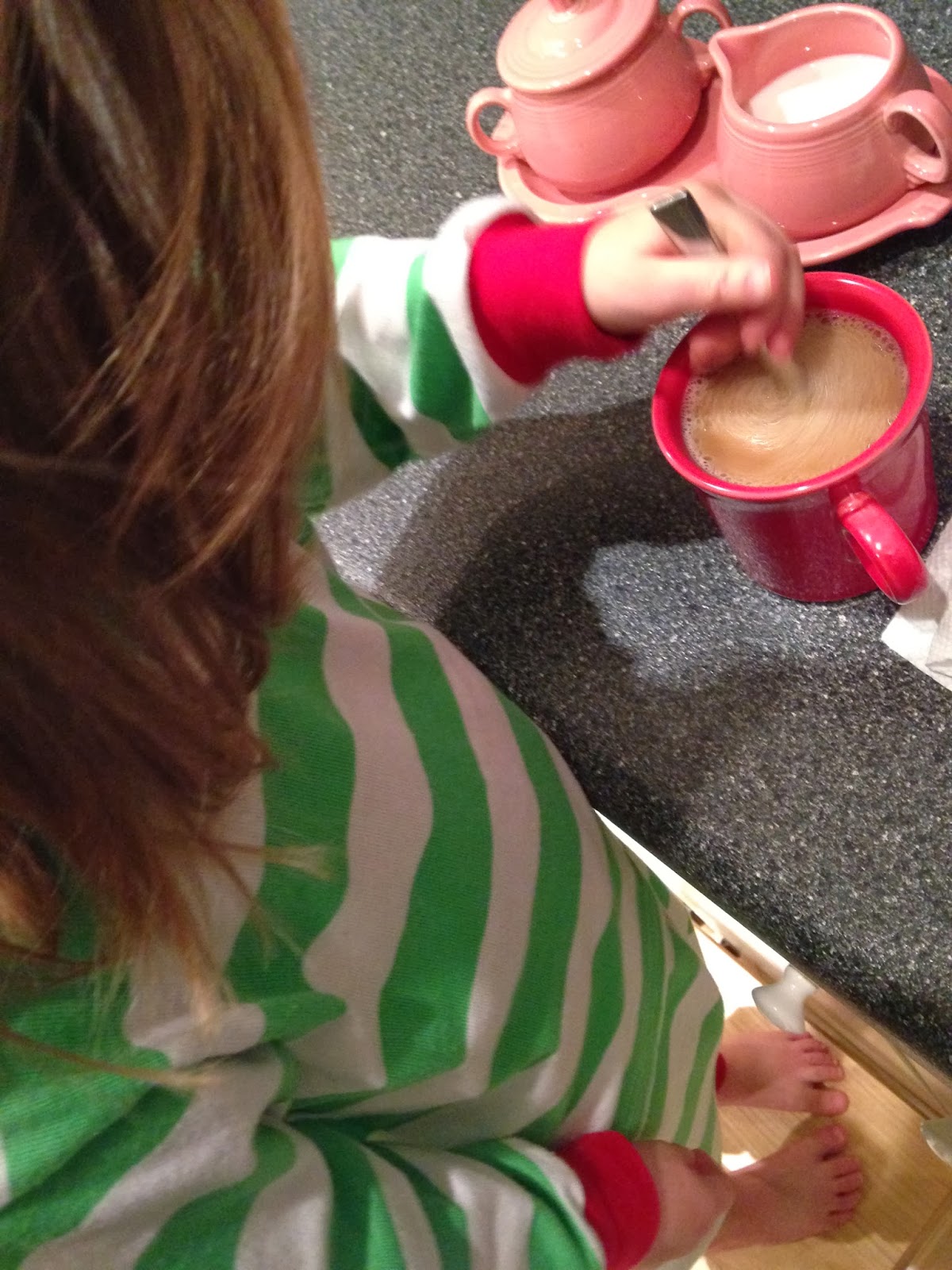 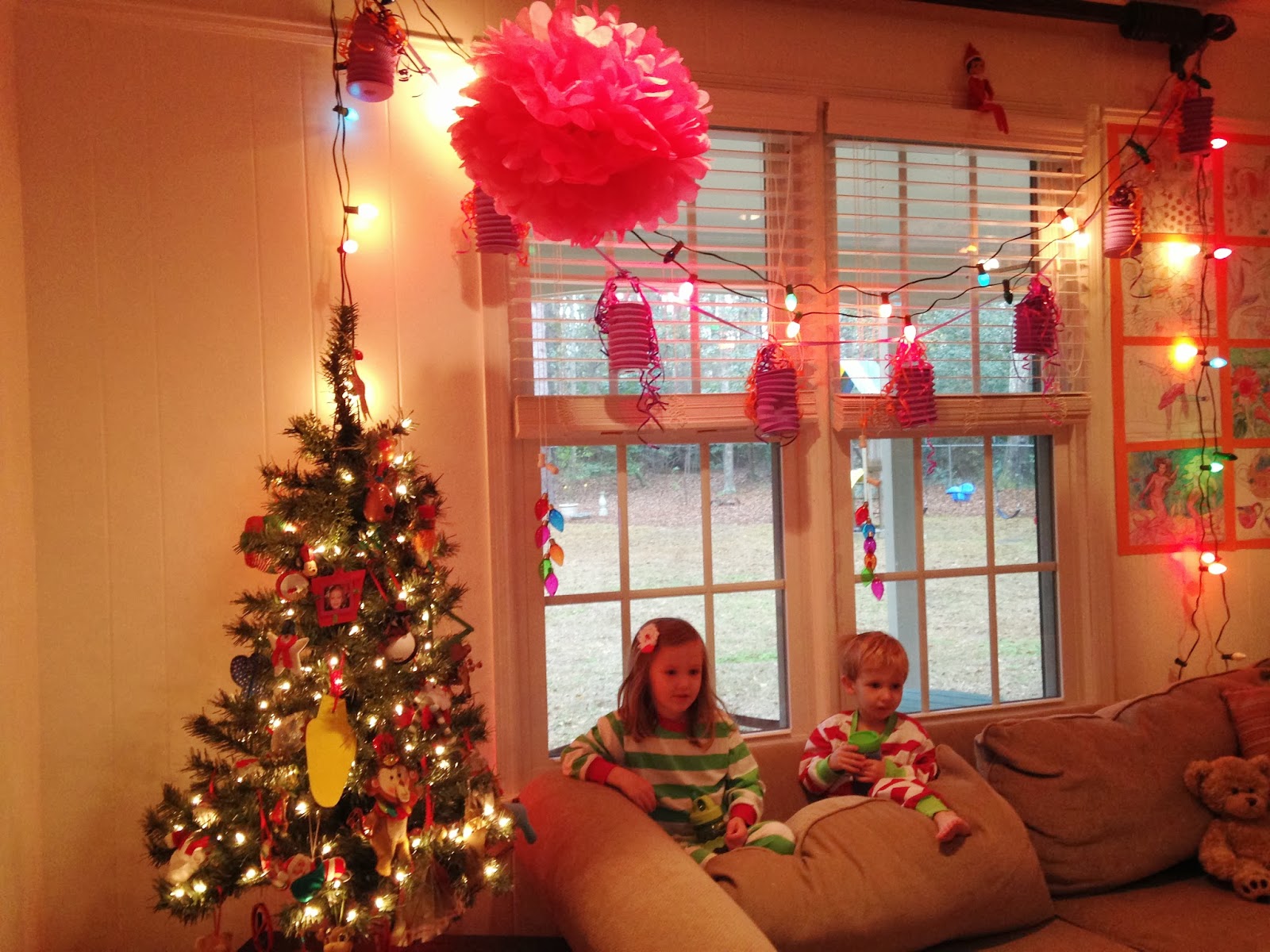 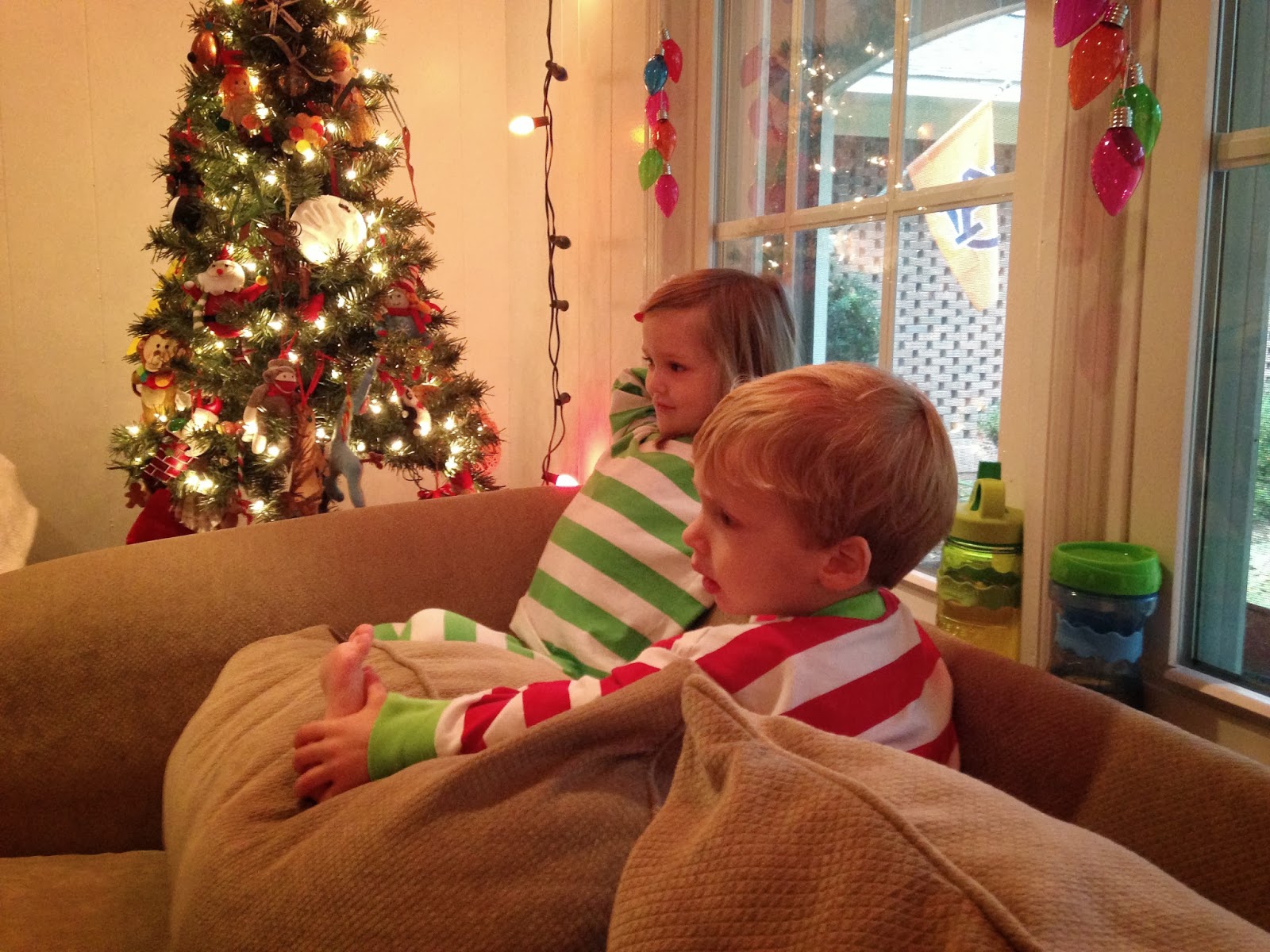 And going to see The Nutcracker with Cole in Milledgeville! 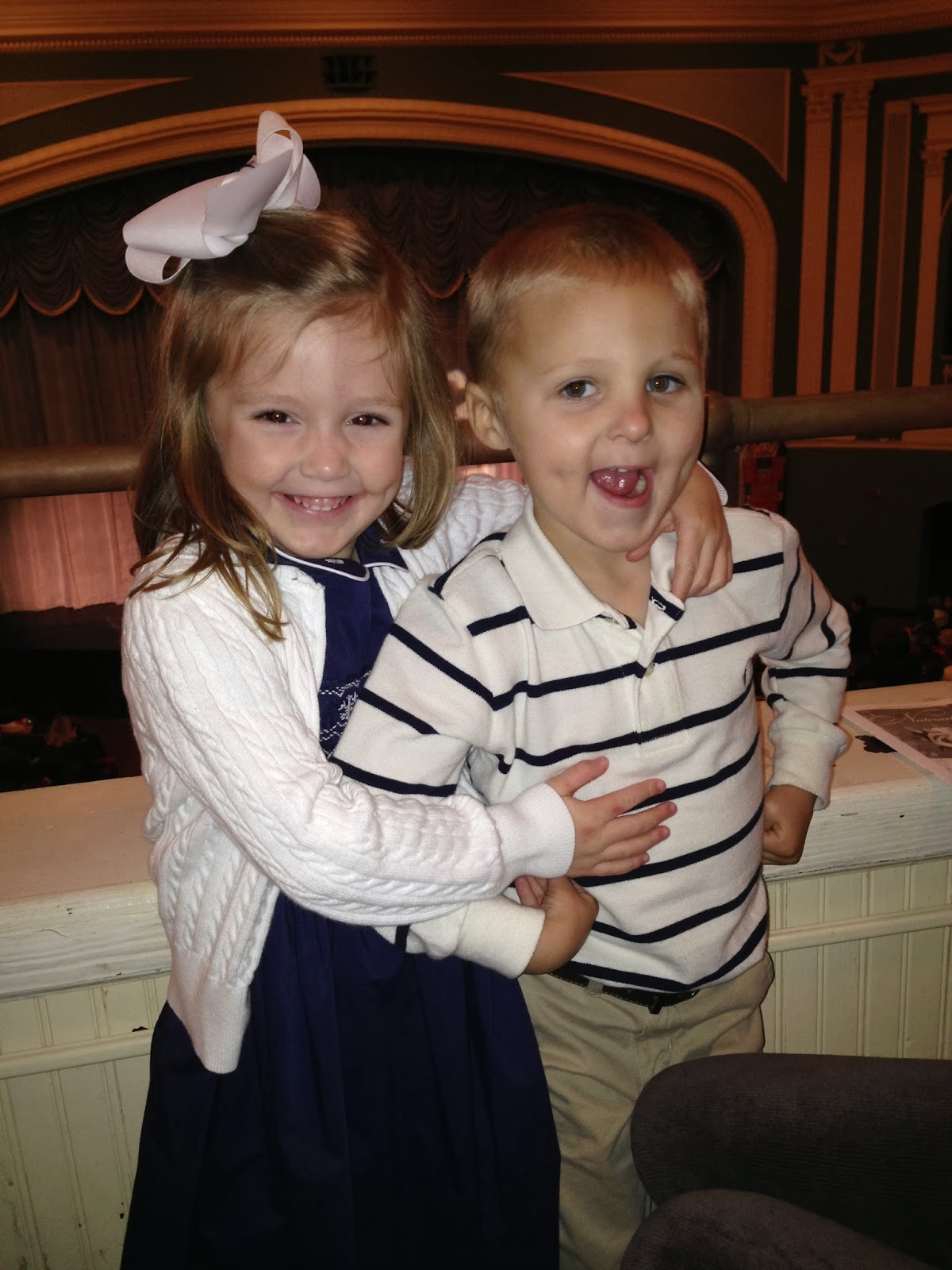 Hannah’s favorite was the Snow Queen. 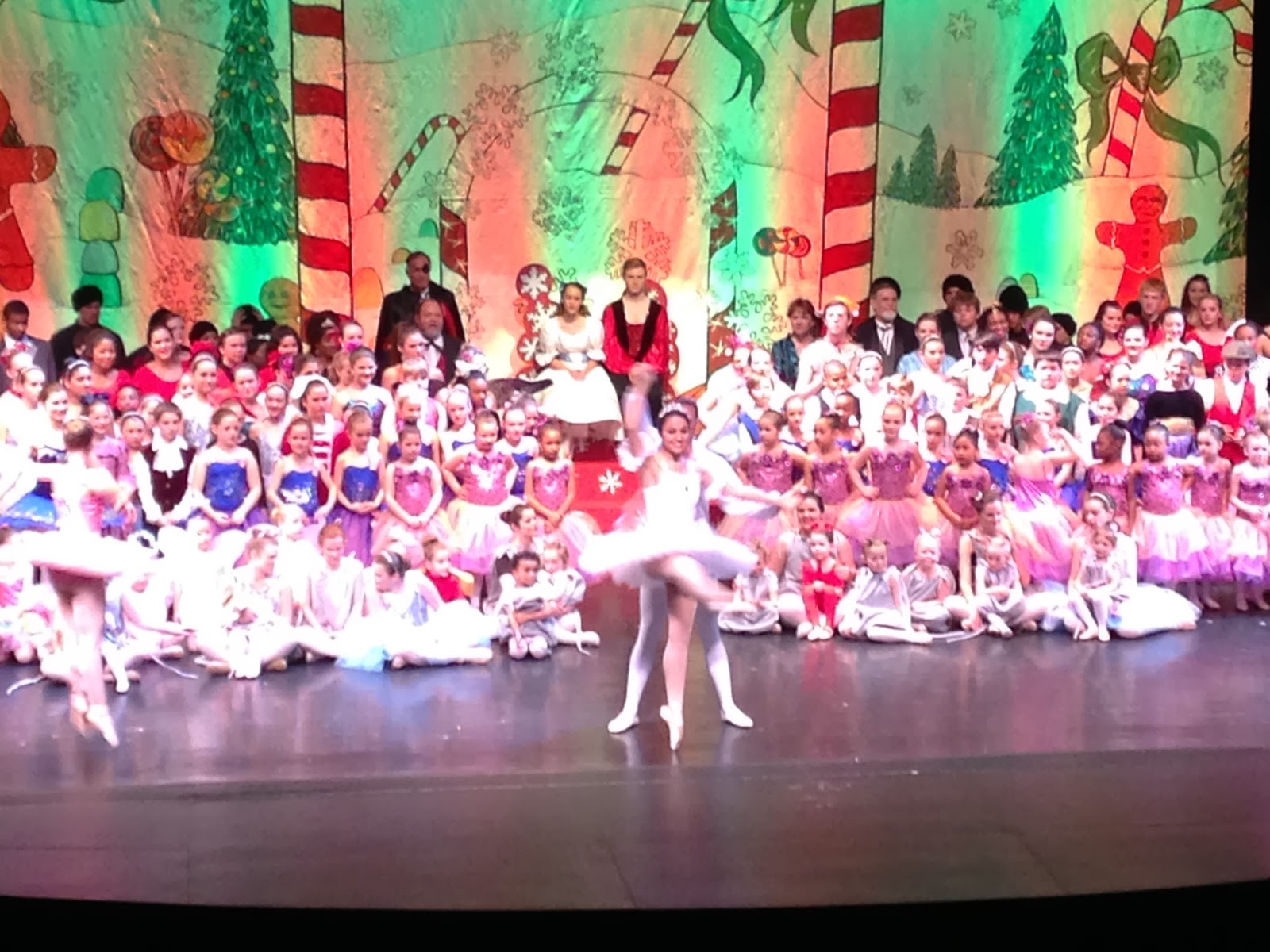 « not how we planned it…
a christmas tea »