Hannah’s been taking swim lessons this week. I am not allowed to watch (which is a good thing), but yesterday when I went to pick her up she wanted to show me what she’s learned. Oh, and her name is Ariel in the pool. Call her Hannah and you might get reprimanded. {Her friend, Katie, was Cinderella but yesterday became Ariel too.}

That’s right y’all – no more floatie for this girl. I was excited on the first day when Mrs. Brownie said she didn’t need her puddle jumper (floatation thingie that fastens around her chest and has arm holes). Well, I don’t want to go back so we’re sticking with it. Obviously she is no super swimmer yet, but hopefully we’ll make major strides this summer. We know she’s ready. 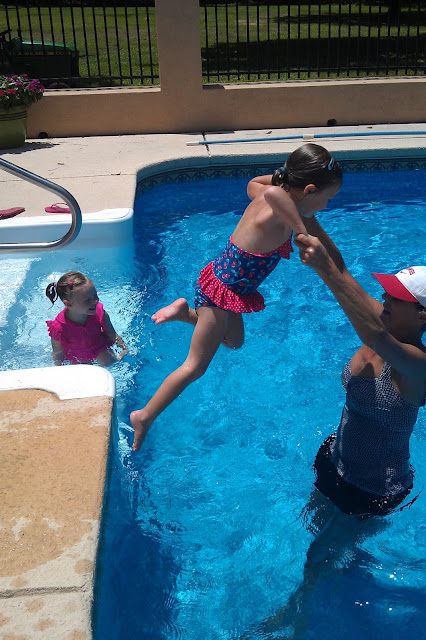 Joseph was hot from a long stroller ride, so Mrs. Brownie let him get in the pool. Don’t think she realized that once he got in, it would be hard to get him out. This kid loves the water. 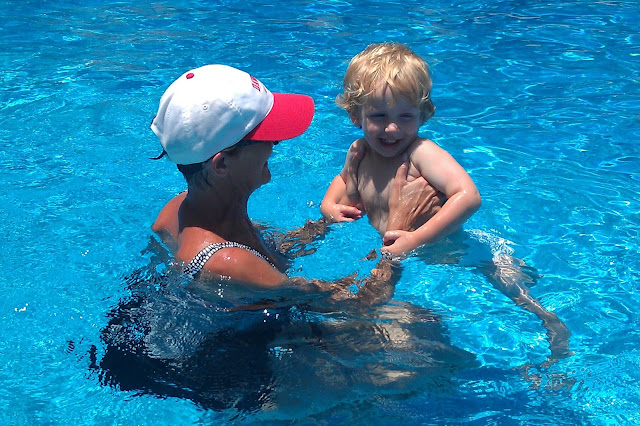 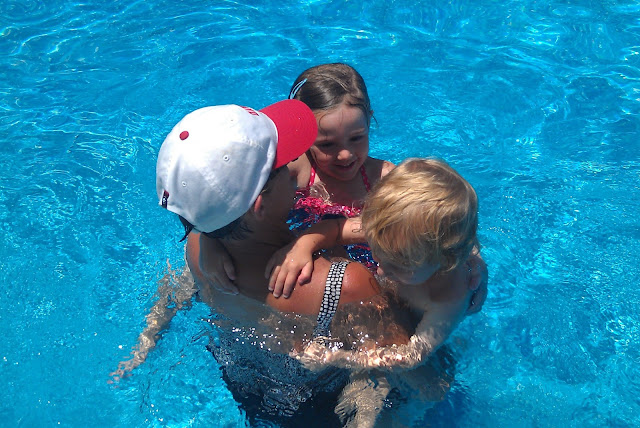 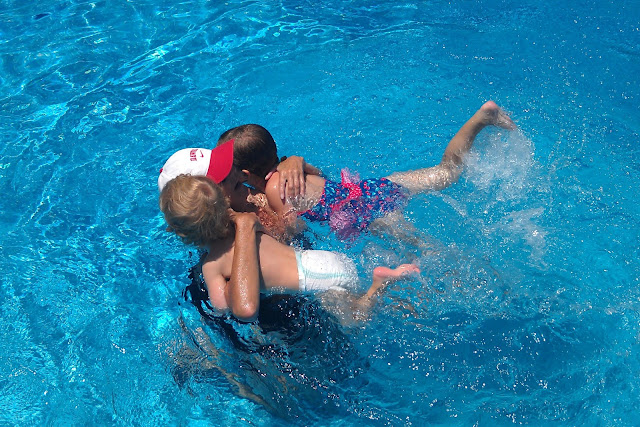 They were made to swim. I am so thankful for these little water babies.

« mobile uploads and a visit from gran gran
daddy’s day »