The week of Memorial Day, we joined friends for a few days of fun in the sun (with lots of sunscreen). Other than a couple meals a little too late for Joseph (and once we moved Hannah to a nice, fluffy pallet on the floor after the first night of her sleeping between us), it went pretty well. The weather was gorgeous the whole time and the kids had a ball playing in the water.

Joseph especially liked the fountains on the side of the pool. He quickly realized his hat would make a great bucket, so he filled it up, dumped it, and filled it up again… 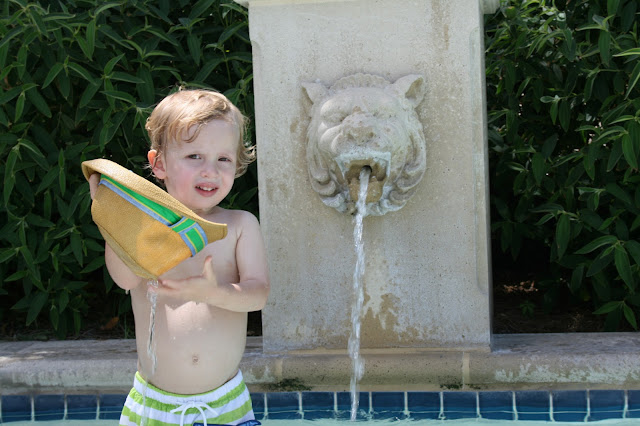 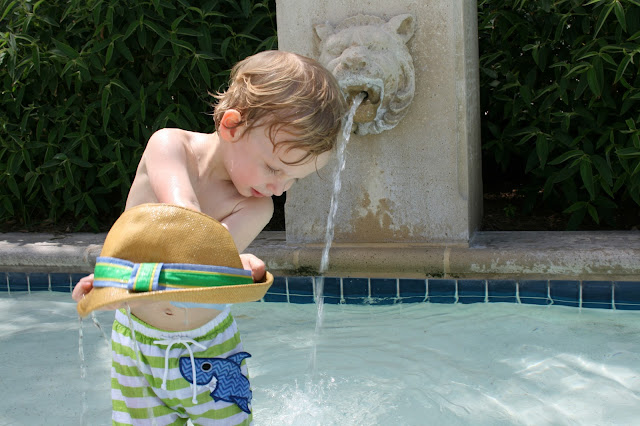 …and again. Pretty much the whole time we spent at the pool. Everyday. 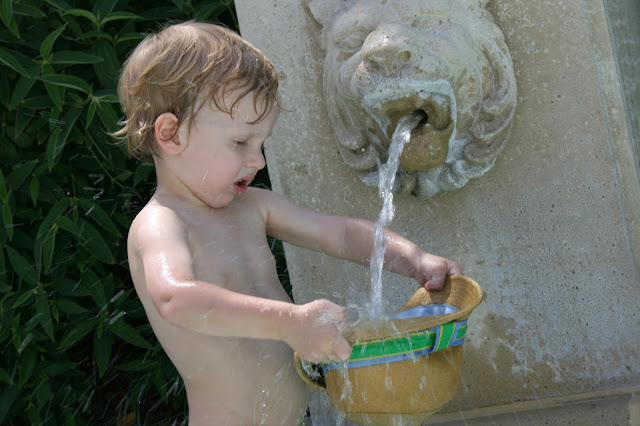 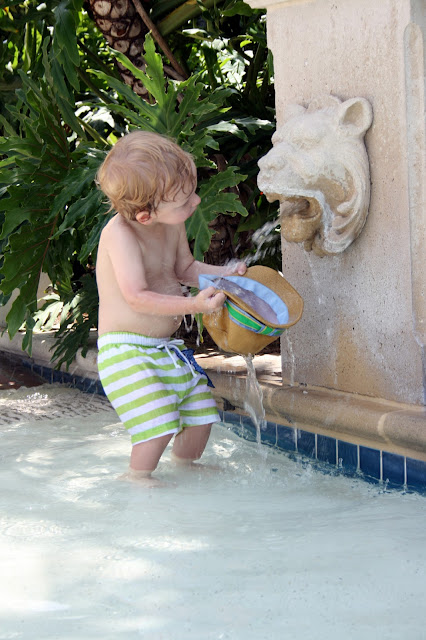 Hannah had a great time swimming around in her floatie, playing with Annabeth (and the many new friends she met in the pool) and jumping to Daddy. 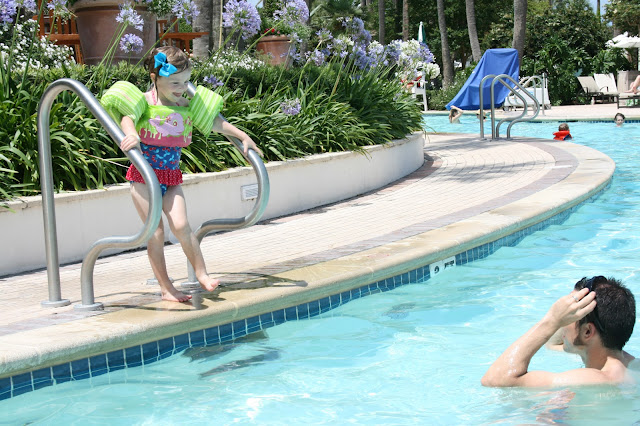 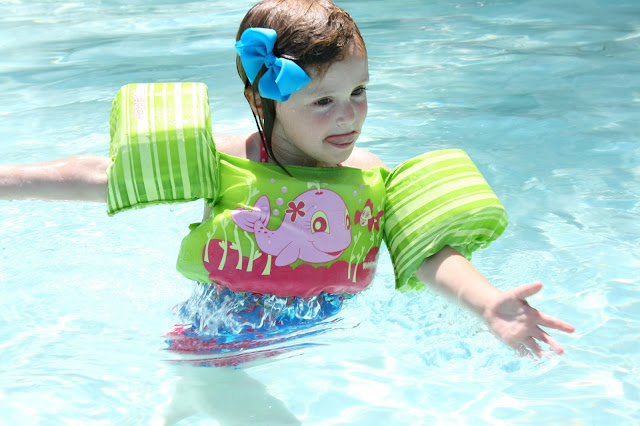 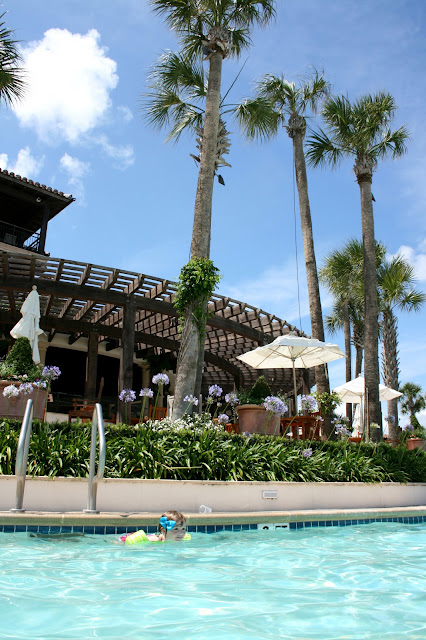 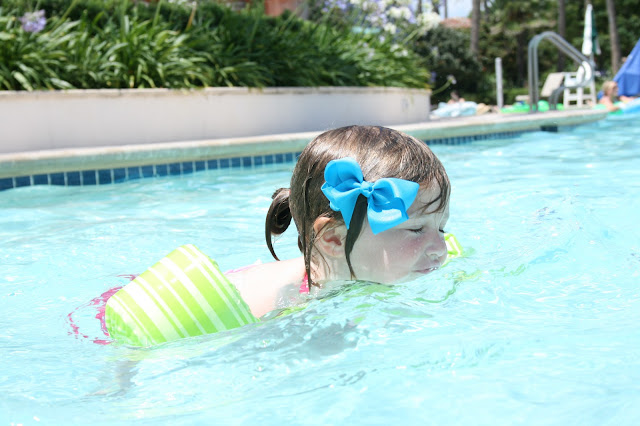 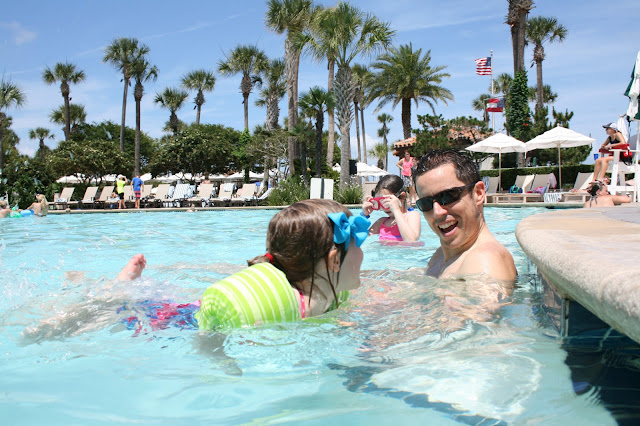 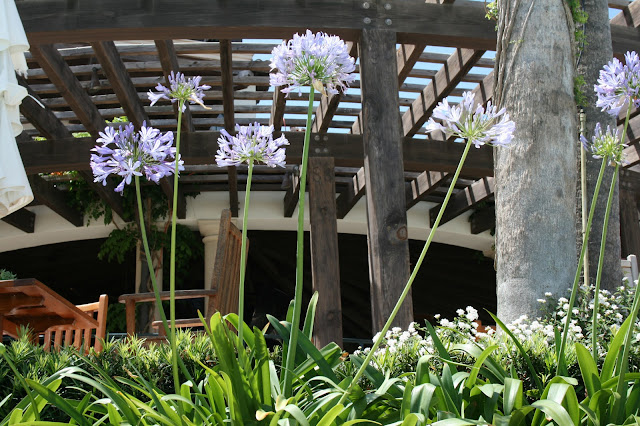 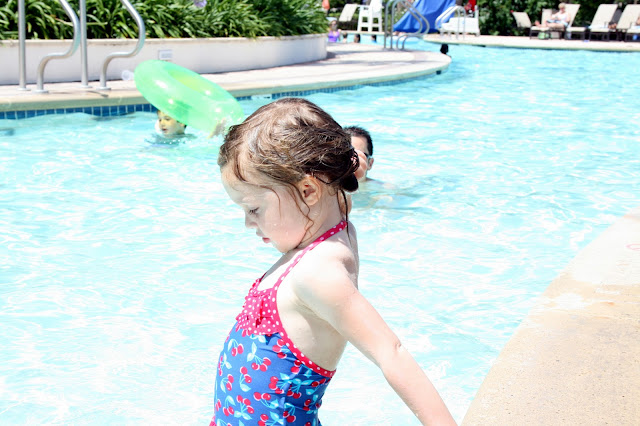 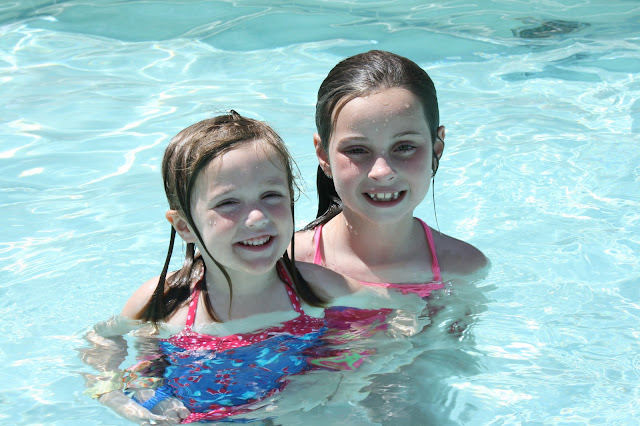 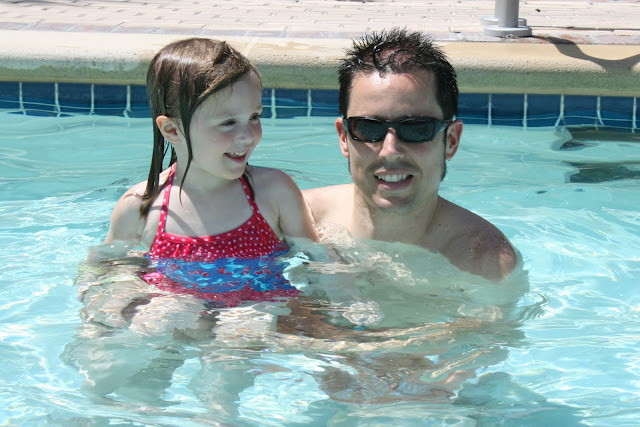 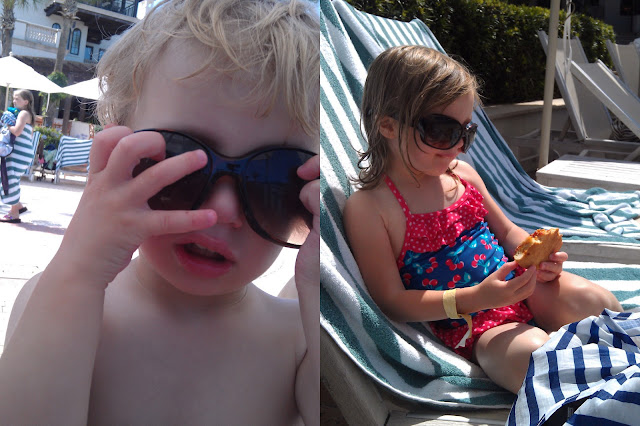 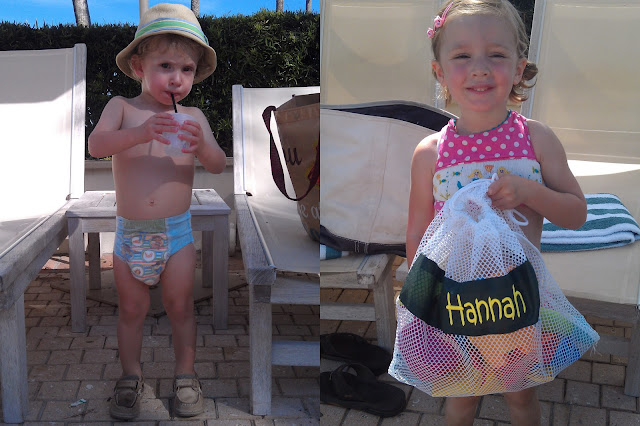 And, for whatever reason, Joseph spent a lot of his time rubbing his eye. I think below he actually had sand it in. I took him to the bathroom and flushed his eye out. But the rubbing continued even after the beach. 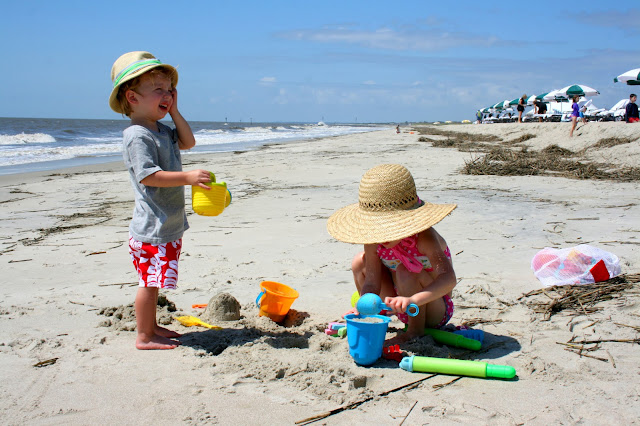 The only family picture taken: 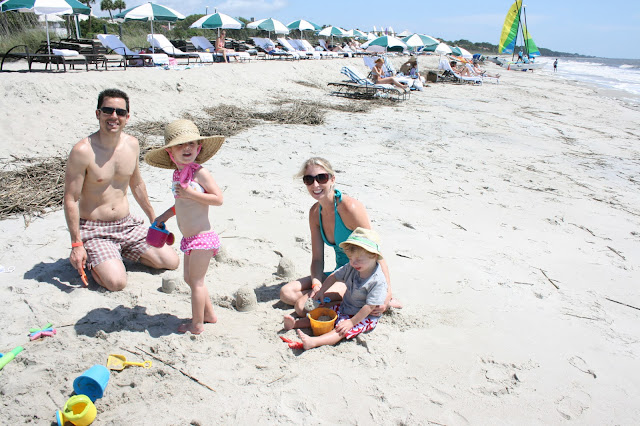 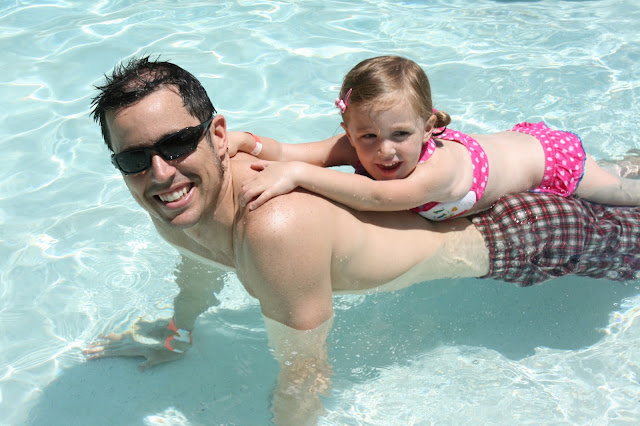 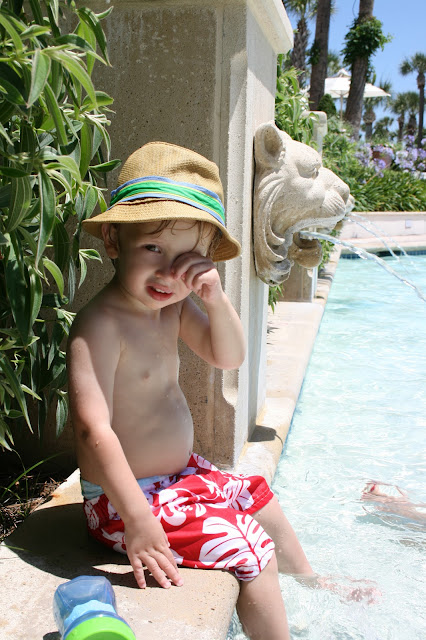 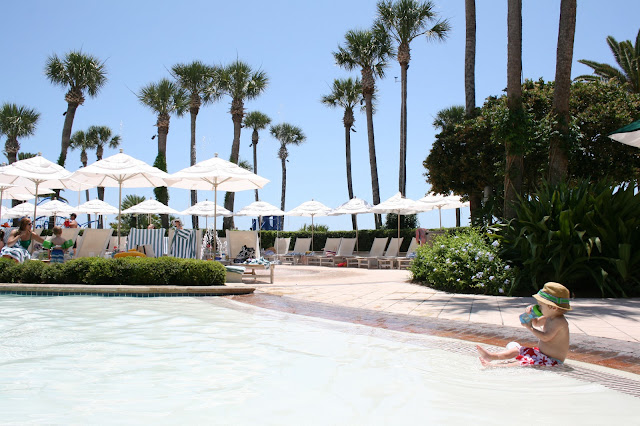 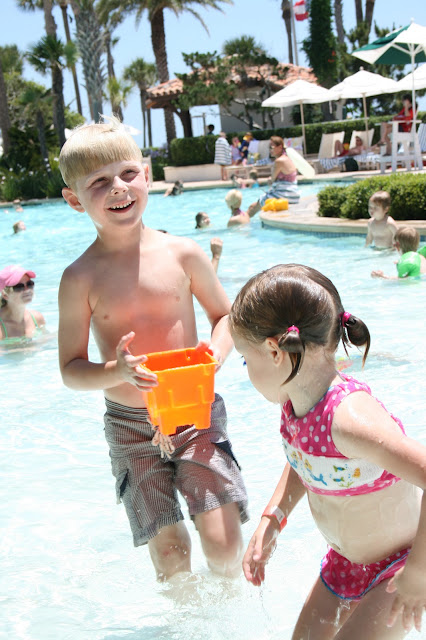 Henry going after Hannah with a bucket of water. 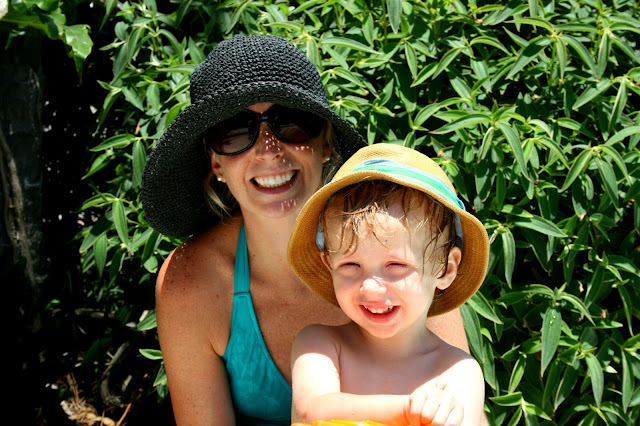 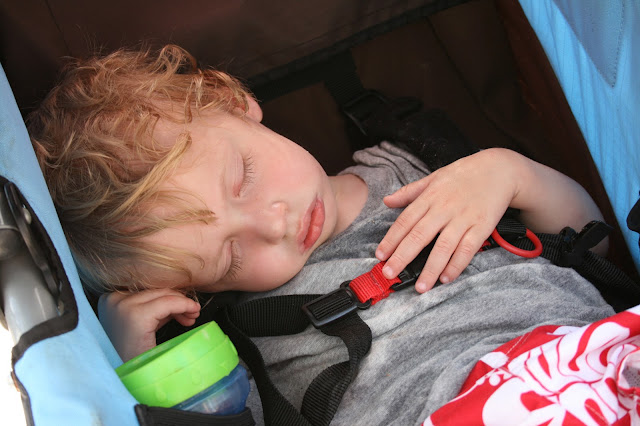 Joseph took naps as I pushed him around in the stroller. 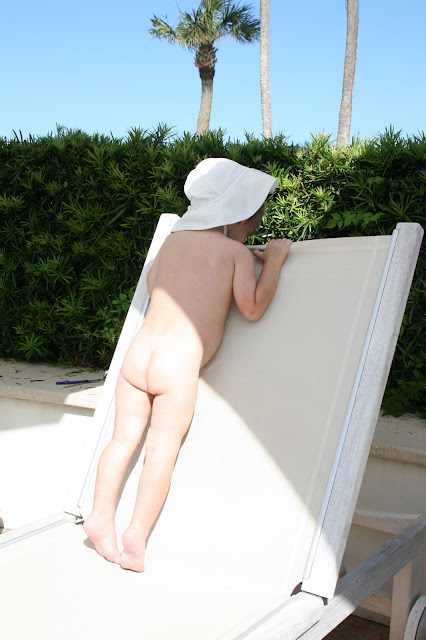 One of my favorite memories from our trip is when I pushed a sleeping Joseph in the stroller down the beach, and climbed on the jetty. I sat on that concrete wall for an hour as he slept, staring out at the water, watching the waves come in. 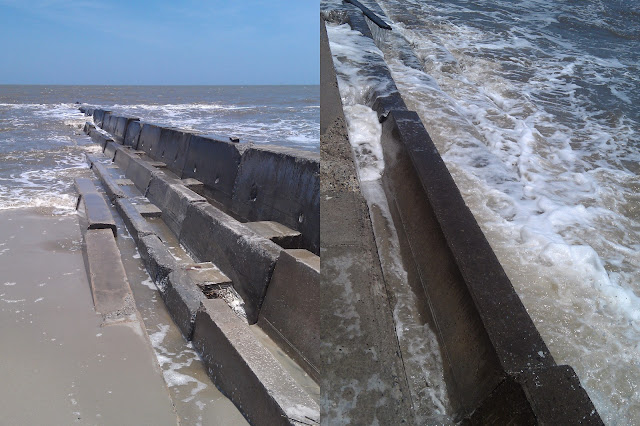 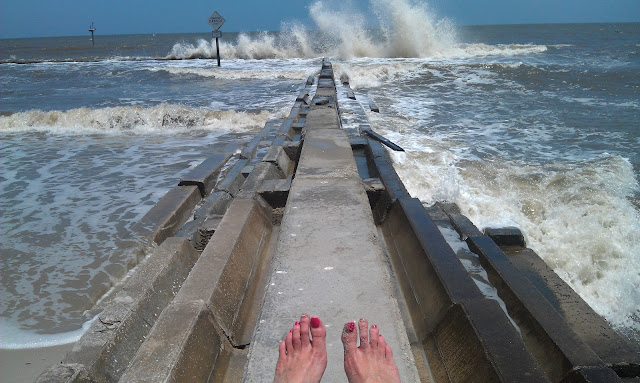 Mostly, I talked to God. I always feel so close to Him when I can get alone and spend time in nature, witnessing His awesome creation. Somehow I feel like my problems and worries are put into perspective. I feel calm and unhurried. I sense His presence and power and feel completely at ease. He knows me inside and out. I don’t have to over-think; I can just cast my cares on Him and praise Him. It was a nice time of reflection and prayer, and exactly what I needed. I wanted to remember it, so I took these pictures with my phone.

We spent one more afternoon by the pool. 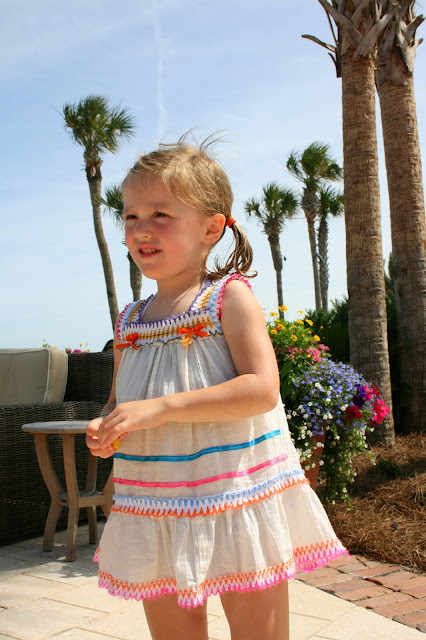 And then it was time to pack up. Hannah was not ready to go. 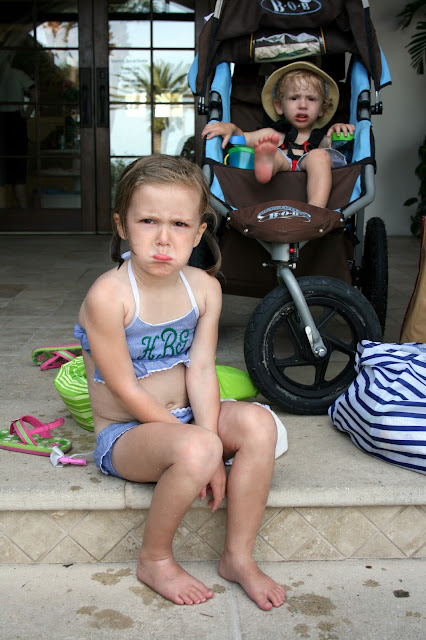 The end of a vacation is always sad, isn’t it though? It was a nice trip. We were thankful for the invitation to get away and are grateful to have kind friends.

« little painter
mobile uploads and a visit from gran gran »