Hope you had a nice long weekend. The chickens and I only left the roost to go to church on Sunday. The rest of the time we played at home. We played with the train. We did puzzles. We colored. We watched Little Einsteins (and Sophia the First, a new Disney Jr show and a hit with my three-year-old princess). 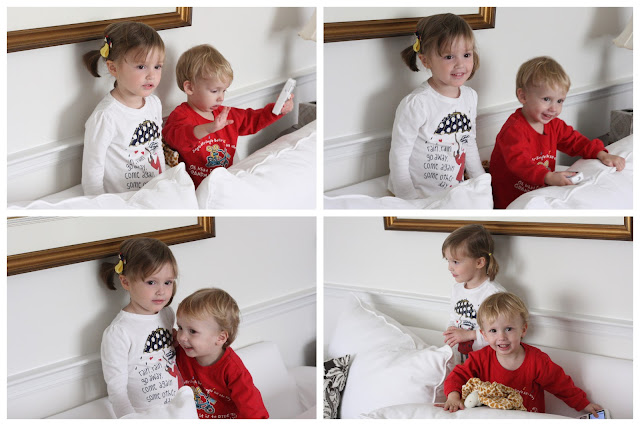 We stayed in our pajamas most of the day. We drove the truck ’round, and around…and around the house. 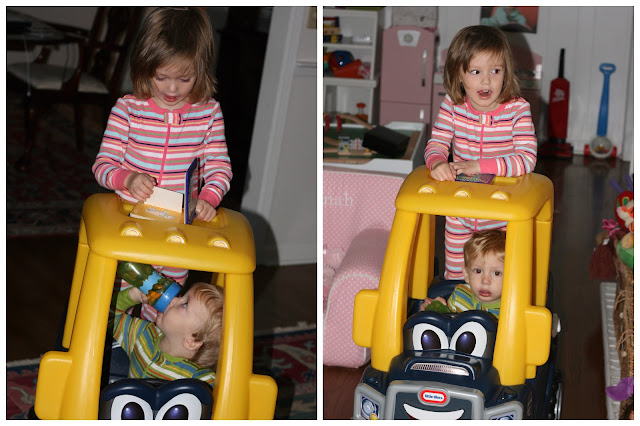 The weather wasn’t great on Saturday and Sunday, but yesterday we played outside for a long time. 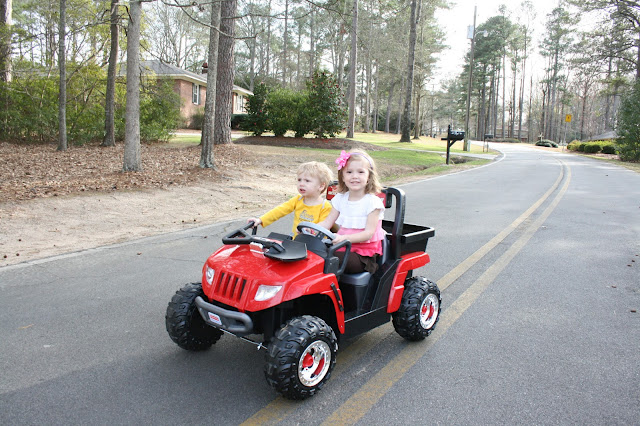 Little brother firmly holds on while sister has the wheel. 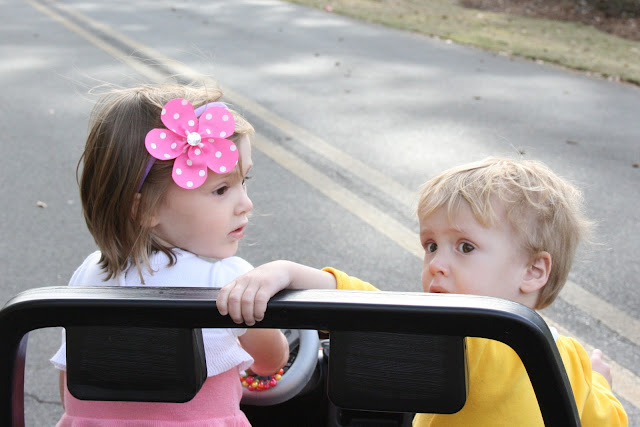 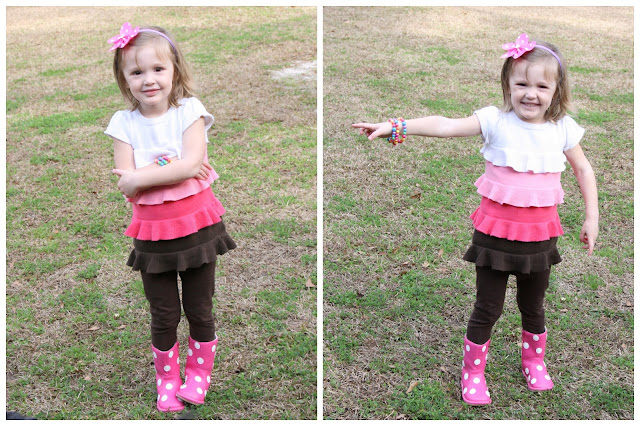 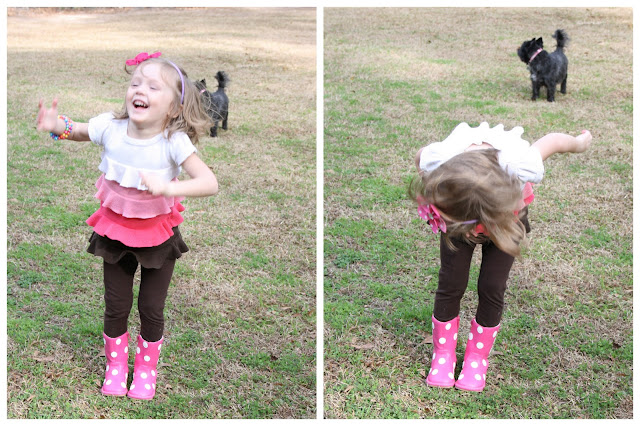 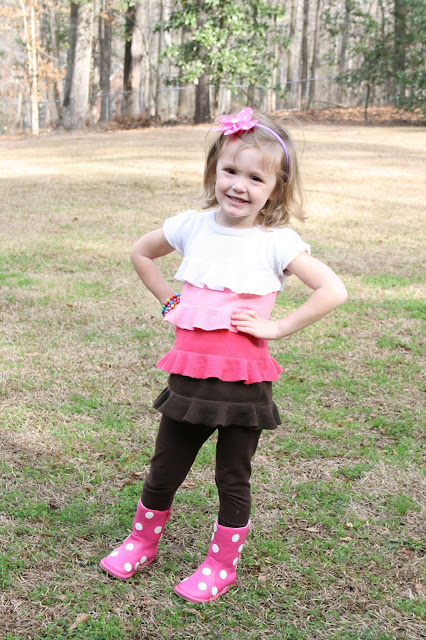 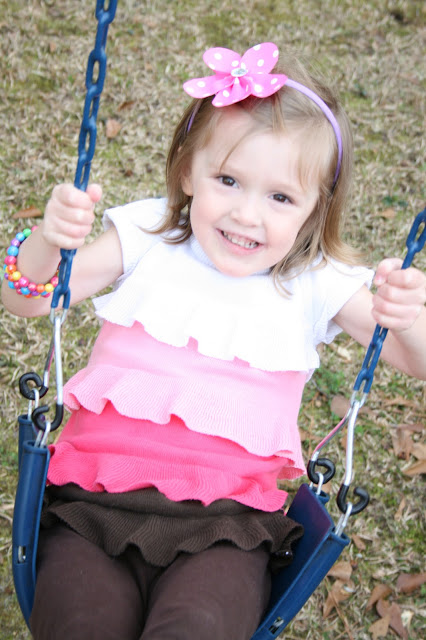 Which reminds me, while Joseph doesn’t say a whole lot I can overhear him in the sandbox saying “owwww……..eeeeen” as I instruct Hannah, “out!….in!”

On the note of little brother talking, it is has been very, at times frustratingly (is that a word?), different than his big sister. At this point (21 months) she was talking a lot…and in sentences. Little brother says only a dozen or so words. {I’m trying to be patient, and have heard that boys are usually slower with their verbal development. Still, communication would be nice!} This weekend he started saying Hannah’s name, except that it’s “Nah-nah”. She thinks it’s hilarious as, again and again, she asks him what her name is. I think it’s sweet, and I love it. Obviously, my favorite is “Momma” which he says all the time. He’s a momma’s boy, that’s for sure.

And now these chickens are at preschool…and it is blessed quiet in the roost. On to more productive things…

Have a great week!