We were in Savannah for almost a week for the October 13th wedding of my cousin, Juliana. I’ve said it before, but it’s nice to actually go to Savannah for more than 48 hours (or less).

Among other things, you get to have pedicures, 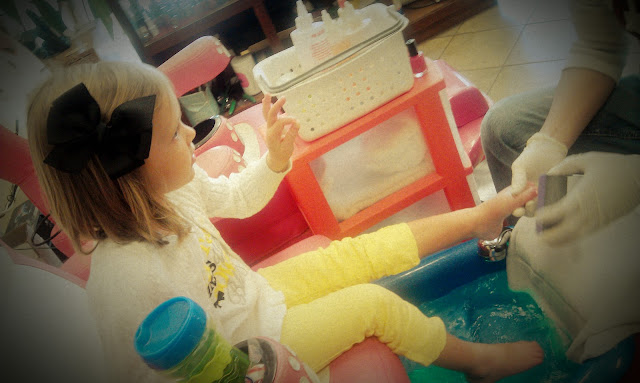 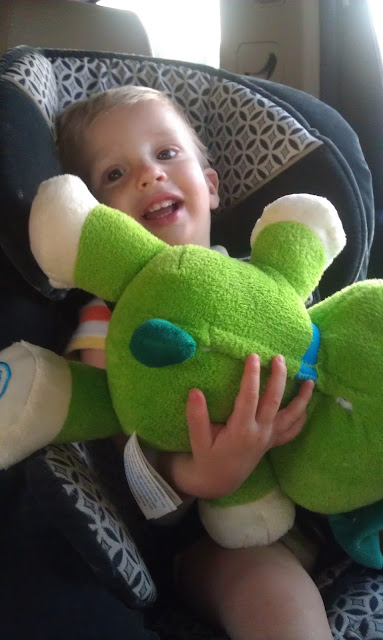 {Just ate at Green Truck, doesn’t he look happy? He’d be a fool not to.}

and play at Meme’s house. 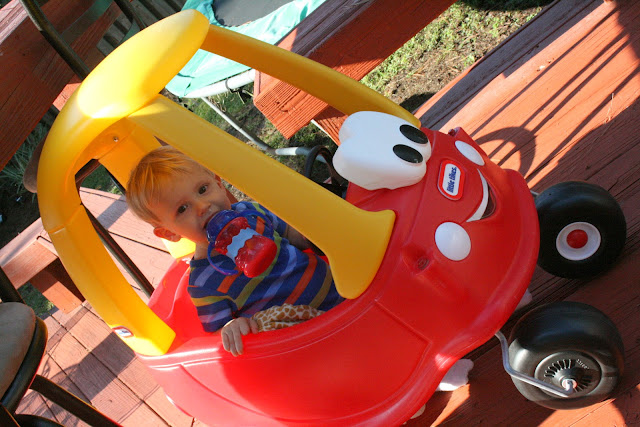 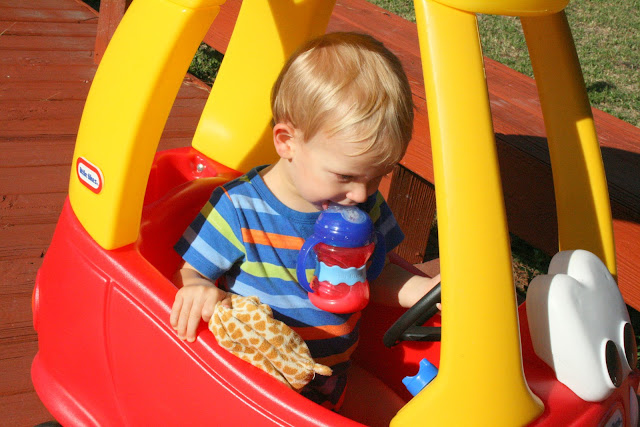 My mom did a fabulous job hosting the bridesmaids’ luncheon at The Olde Pink House on Reynolds Square in Downtown Savannah. 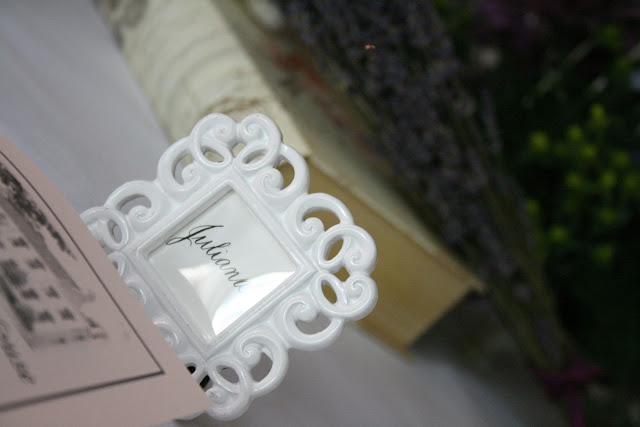 I especially loved the centerpieces: 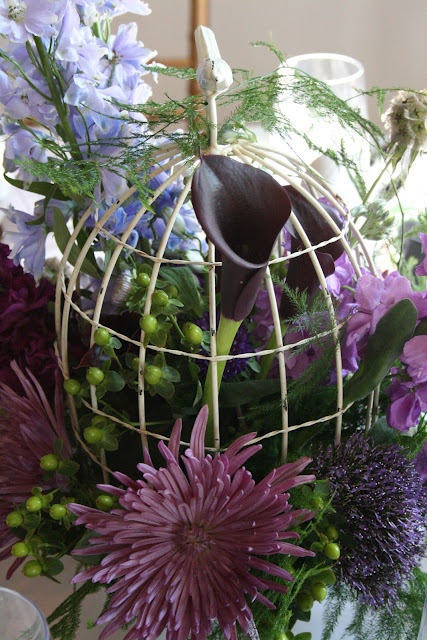 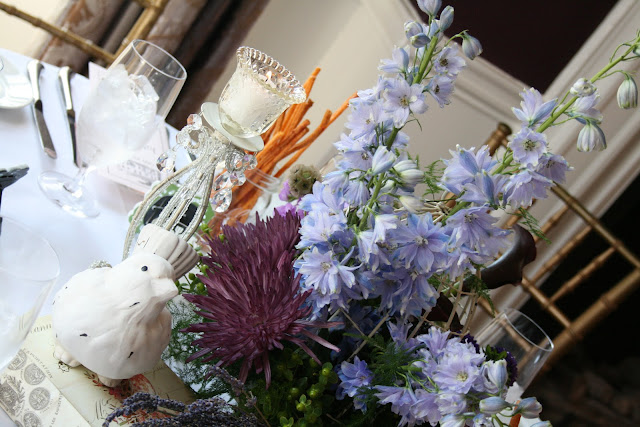 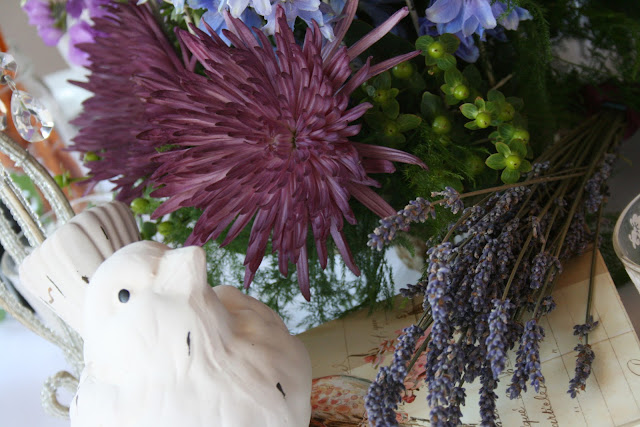 If you are in Savannah and need a wedding/party/event designer I highly recommend Amy Harvey. She did our wedding and we’ve used her several times since. She is extremely good at what she does. Working with everything we (my mom and Crystal) had already collected for the decor theme, and adding to it, she made it perfect. 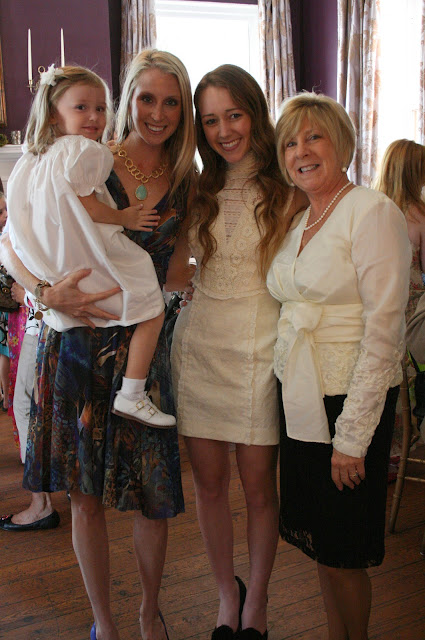 Hannah was all about the bride. 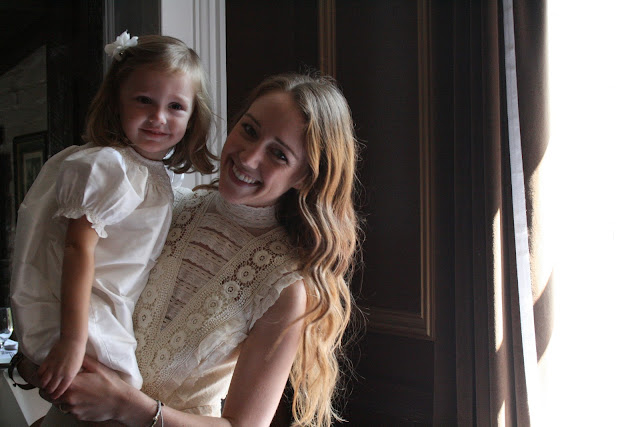 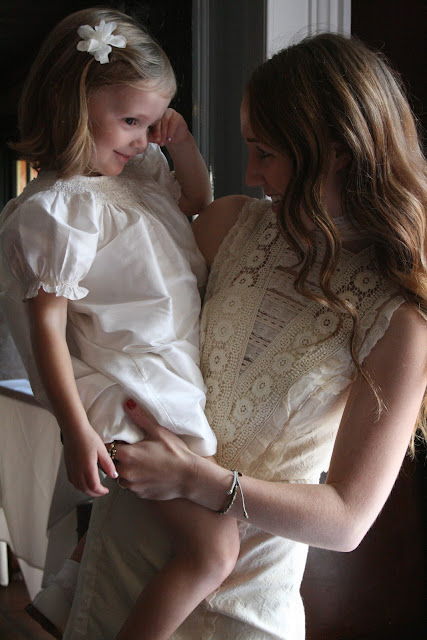 The rehearsal dinner Friday night was held in my mom’s backyard. A family friend of the bride did the flowers. He also did lots of other things throughout the wedding weekend. Very talented, Bob is. 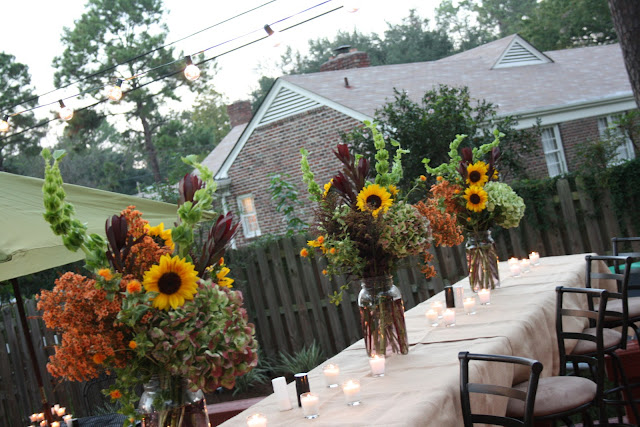 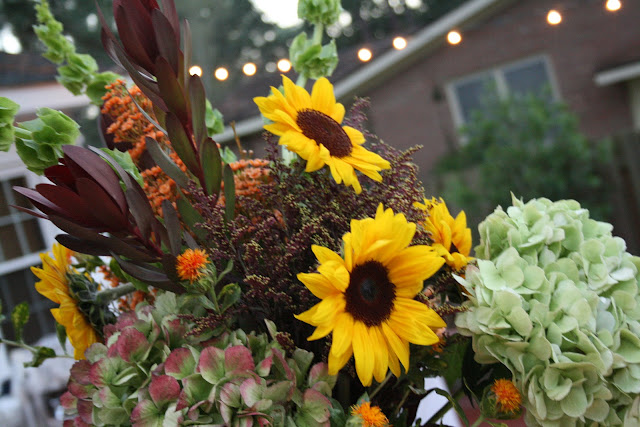 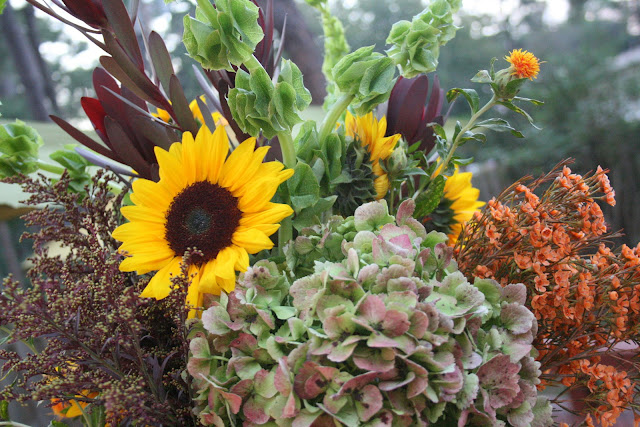 We borrowed the s’mores bar idea from Joe’s 40th birthday back in January. Definitely a crowd-pleaser. 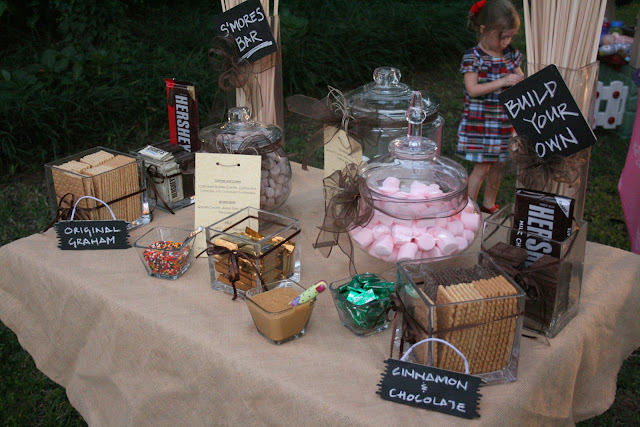 The wedding, officiated by Joe, was at Wesley Gardens. Beautiful place on Moon River and the setting of many family memories. It was the windiest day I think I have ever seen, but because of that, thankfully, no bugs! 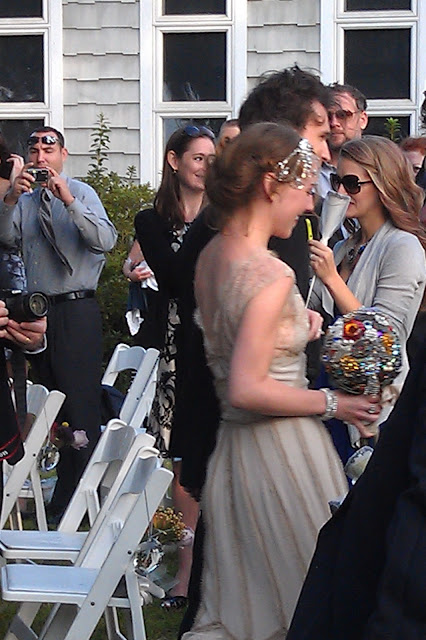 Juliana’s bouquet was a ball made of family and antique brooches and other jewels. So perfect for her, our fashionista and family stylist. 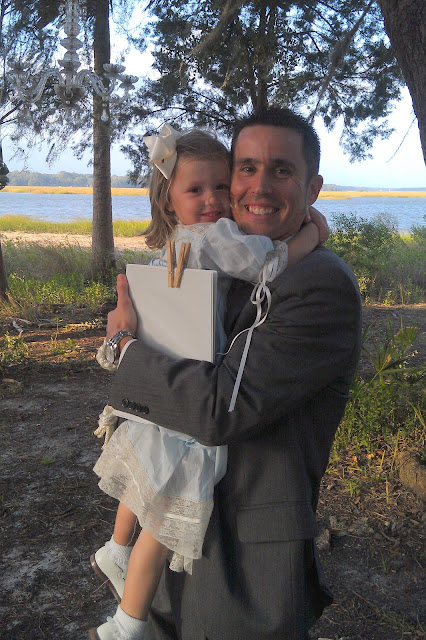 I did not document the wedding festivities as well as my cousin, but I did grab a few of her photos off Facebook. Thanks, Trudie! 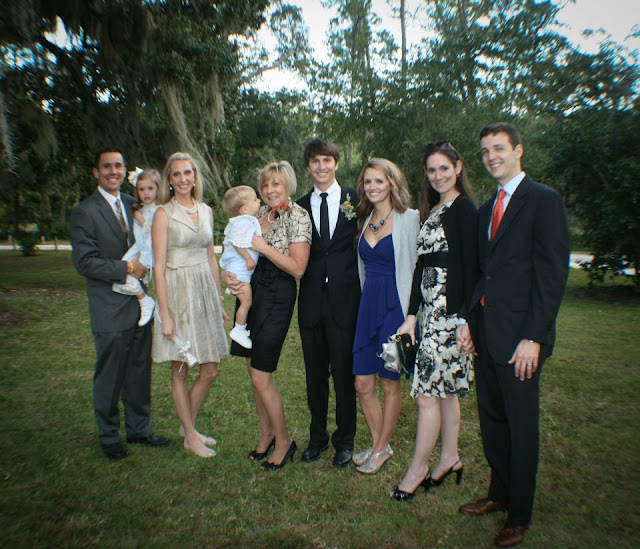 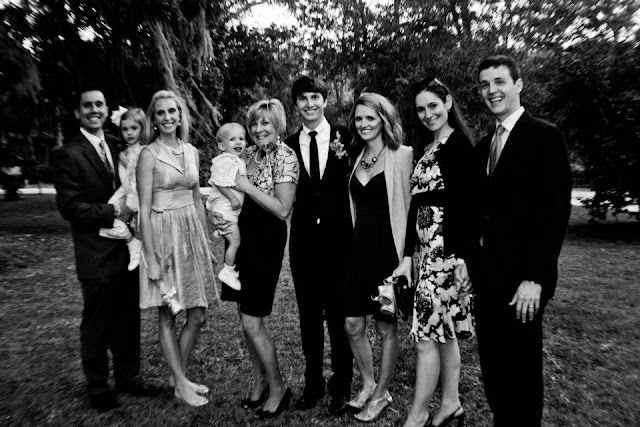 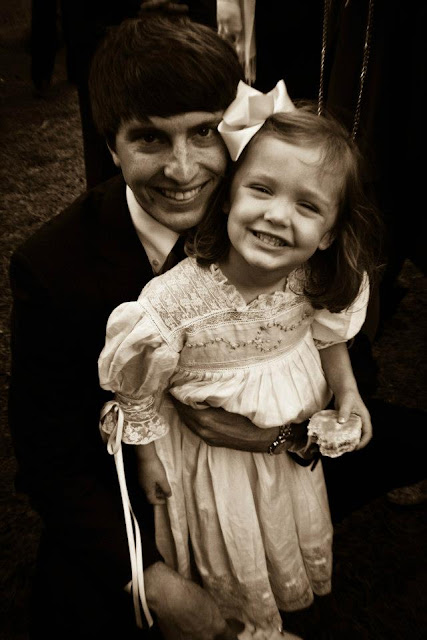 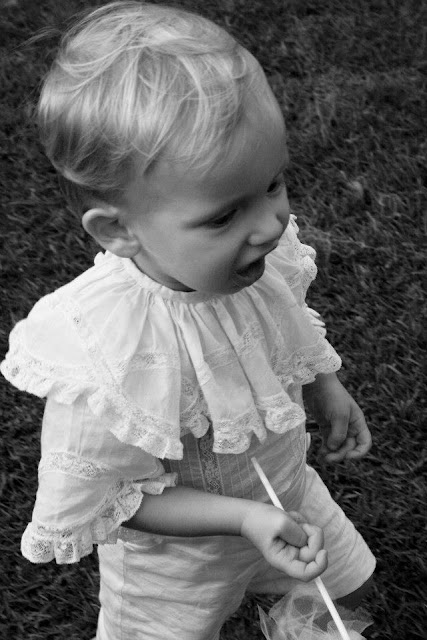 We took Joseph home to be with my sister, Angie, and then headed to the reception at Vic’s on the River. We had a great time and Hannah thoroughly enjoyed herself. 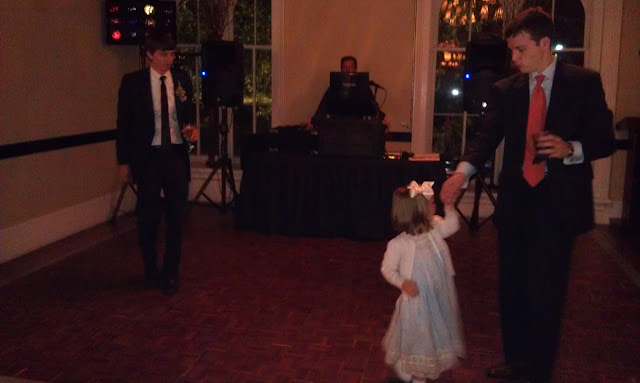 Dancing with Uncle Ben and Uncle Will Will. 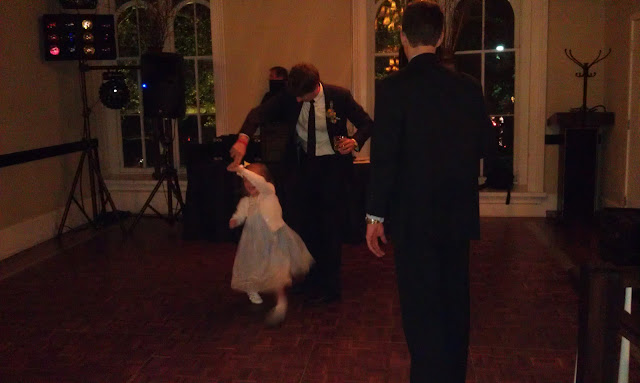 Sunday was our 6th anniversary. Since Joe took the day off, we stayed in Savannah an extra day, went to church at Wesley Monumental UMC (where Joe was serving as an associate when we met). The kids liked playing around the altar. 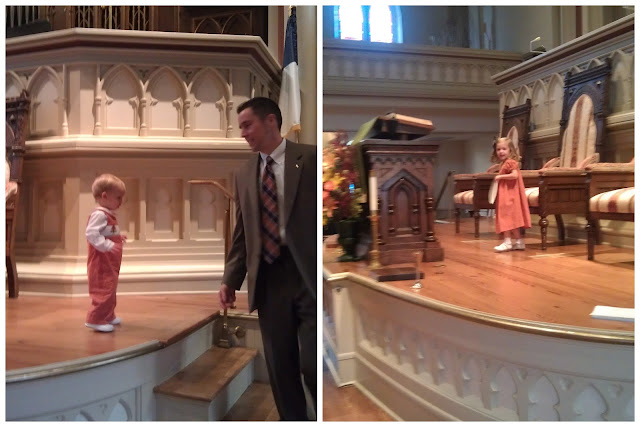 We had lunch at Huey’s on River Street (really yummy beignets), and then played in the tugboat. 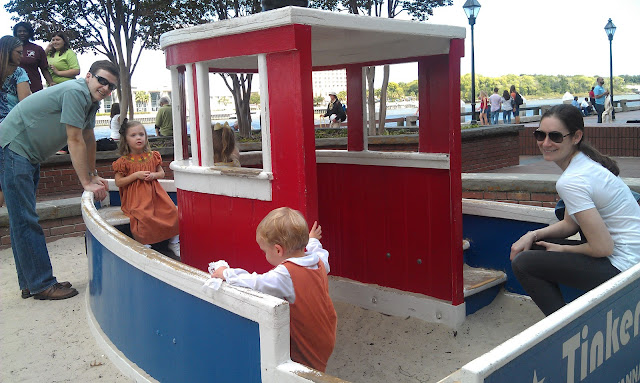 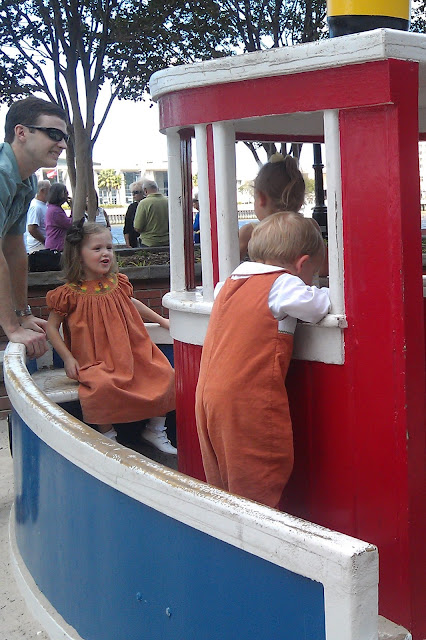 Ben, Will, and I played on this exact tugboat when we were young’uns. {It has been repainted a few times since.} 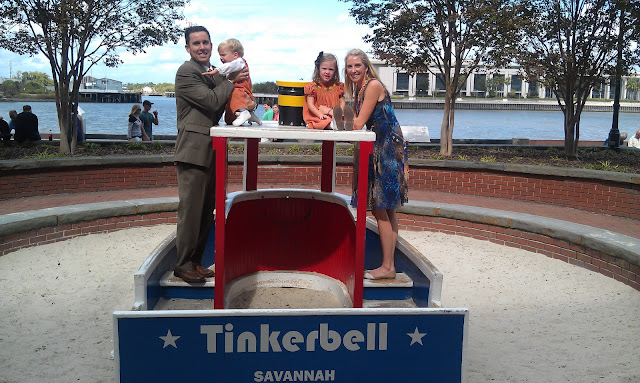 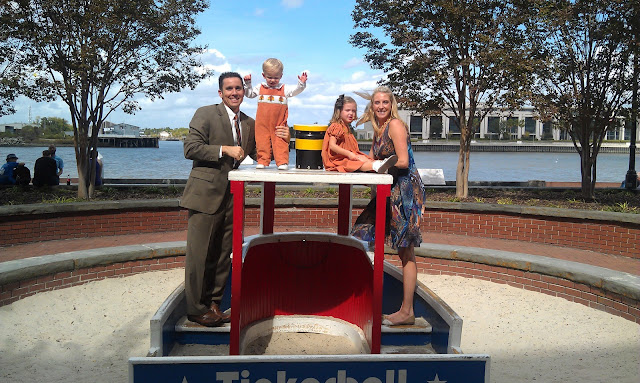 Sunday night I went out to dinner with my hubby while my mom babysat. We went to a new place downtown with a great atmosphere, called The Public (no website yet, sorry). It’s on the corner of Liberty and Bull Streets. Very good. We took a little walk while we waited on a table and then afterwards had coffee and dessert at Gallery Espresso on Chippewa Square. Beautiful night. The sixth anniversary is traditionally the “candy anniversary”. Joe gave me a super nice piece of jewelry. I wore it to dinner. 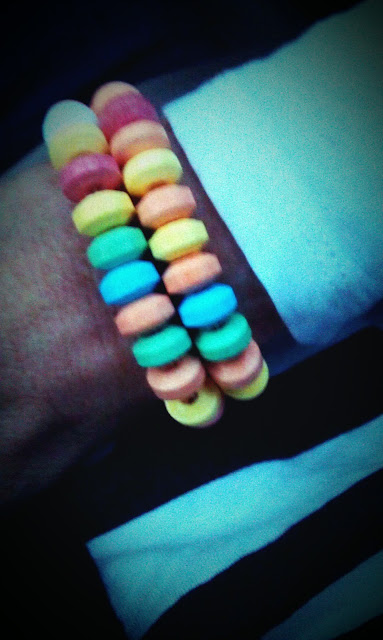 And that’s it for pictures. Before we came home on Monday, we had a follow-up appointment scheduled with Hannah’s orthopedist. Her legs/feet look great (and so do Joseph’s by the way). Great news, as we were worried we might have to go back to the braces. Joe and I also went to a luncheon honoring Joe’s parents at AASU. With a combined almost-80 years of service, it is admirable all they have done for the university.
It was a very full six days with not a lot of down time. On Saturday, however, Joe and I both got to run part of the Rock-n-Roll Marathon course downtown. The weather the whole time we were there was perfect. So good to see family, too.

« another haircut
doctor in the house »