A few weeks ago, we were offered last-minute tickets to the Georgia Tech/Virginia game. Weighing the pros and cons of a quick up-and-back trip with kids, we decided to go for it and headed up to Atlanta to watch the Jackets play. H + J had a good time, even if I had to make a few trips to the concourse for them to run around. This was our third year taking kids and definitely the most challenging so far. Hannah loved to cheer with the shakers and enjoyed herself mostly but Joseph got tired of being in one place and wanted to move. 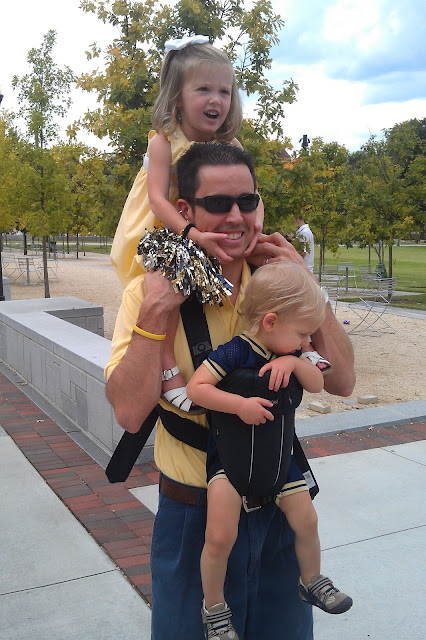 Heading to the stadium! 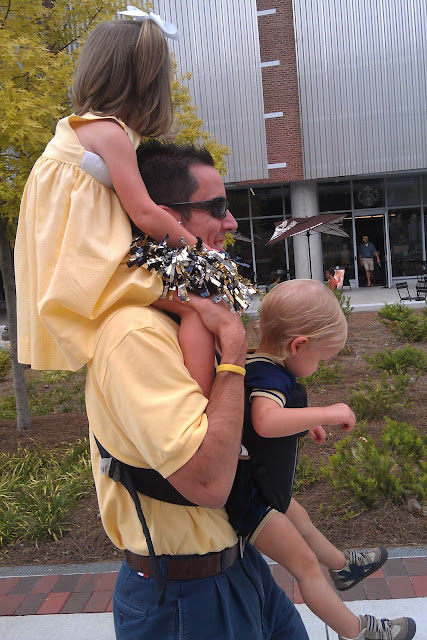 If I had a daughter, sir, I’d dress her in white and gold… 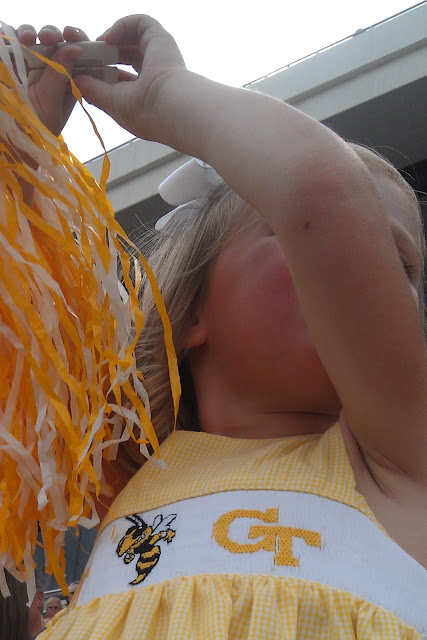 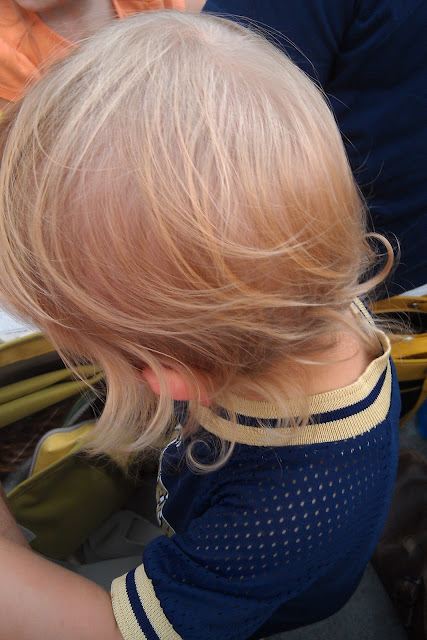 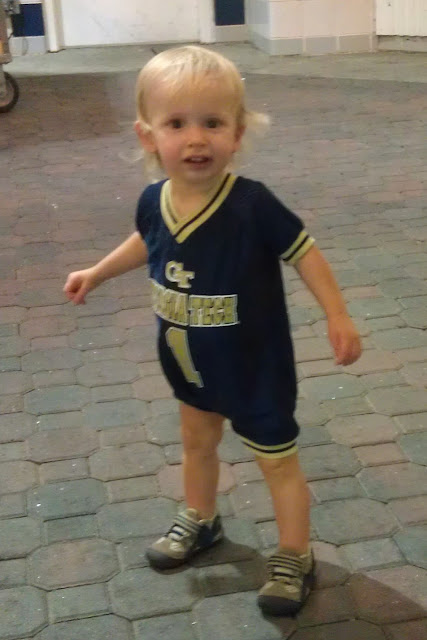 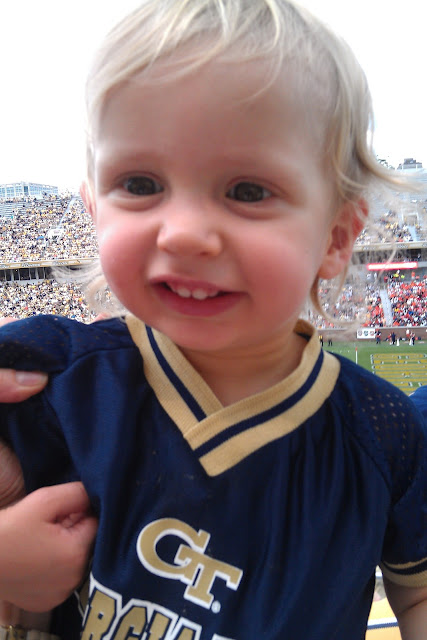 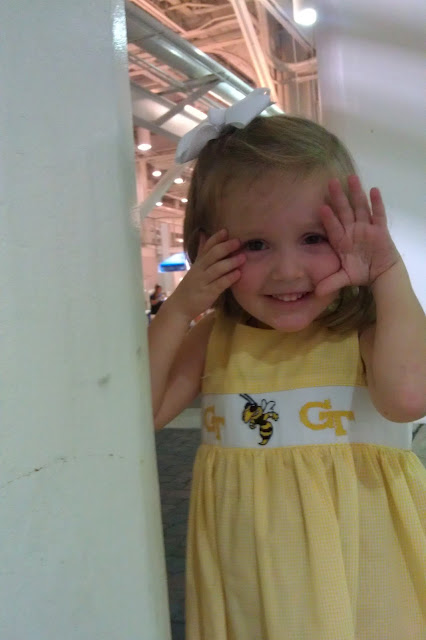 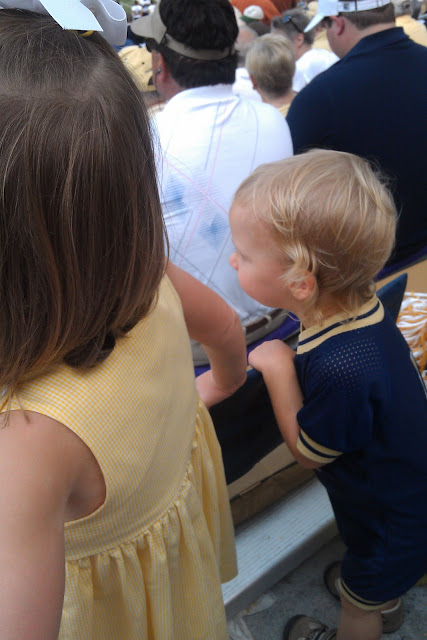 Both interested in the game at the same time…for a little while. 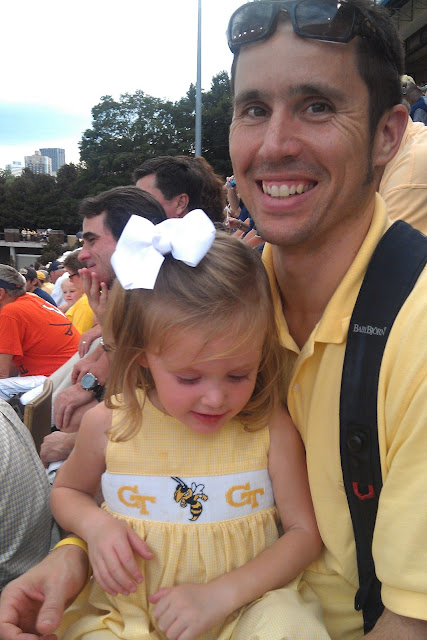 Refusing to look at the camera. 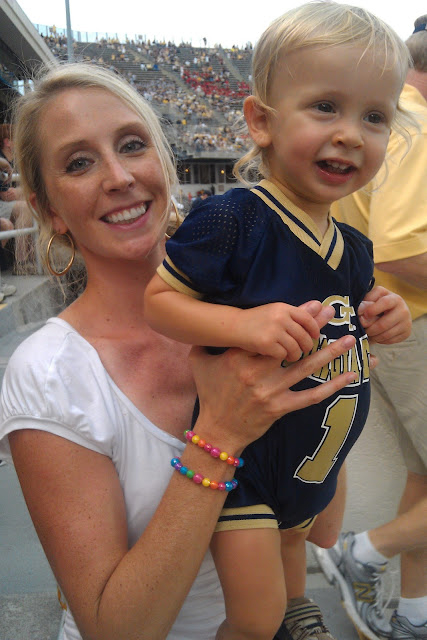 Cheering (and wearing Hannah’s bracelets).
It was a great game and the Jackets won 56-20. We are Tech fans win or lose, but at 2-4 right now it has been a disappointing football season to say the least. We are glad they won when we were there!
PS: The following Saturday, Hannah was ready for the game in her yellow skinny jeans and “GT Girls wear Bows and Bling” shirt from Meme. She also learned a few moves from the flag girls at the game. 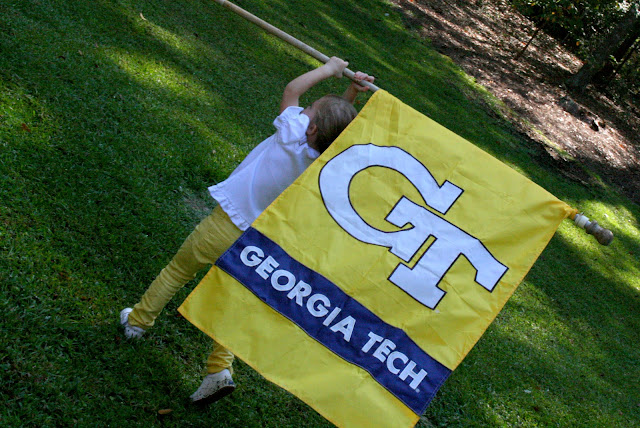 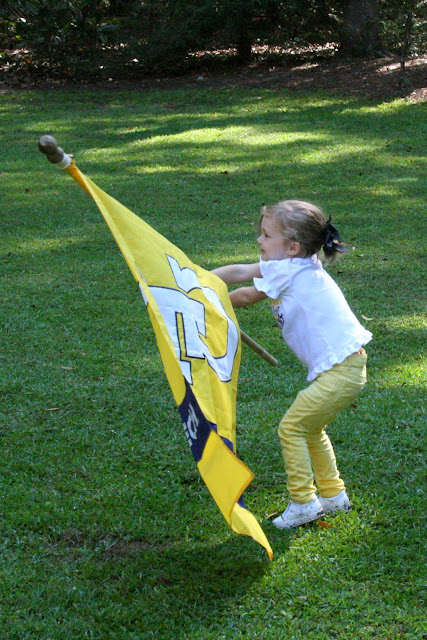 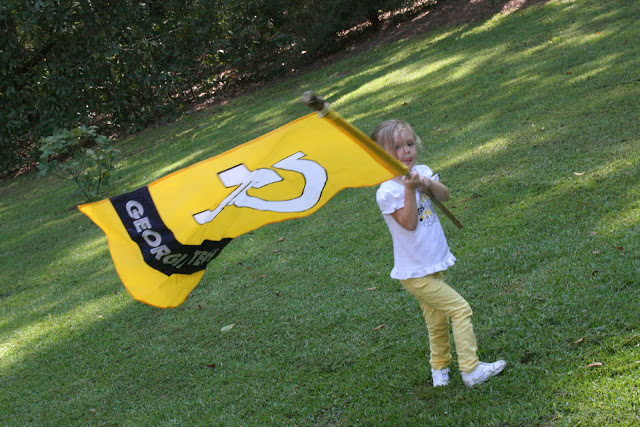