(Before I post about Joe’s race and our trip to Alabama, here are some things from the past couple weeks.)

1 – We dealt with a horrible rash. Several people – including a nurse at the church – thought it was chicken pox. It was all over but mainly on the trunk and it itched. Hannah’s doctor said it wasn’t. I believe him, but still…weird. What do you think? All I know, it was miserable. This picture was taken towards the end. 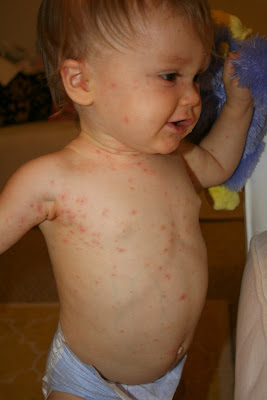 2 – Soy Saga: The week after her birthday we went to the doctor for her shots and check-up. We were told to switch her from formula to soy milk – cold turkey – that day. Listening to our own inhibitions we didn’t start that night and waited til the next morning. It didn’t go well. Hannah got real sick. Though her blood test confirmed she was only allergic to cow’s milk, she for whatever reason could not tolerate the soy. After calling the doctor, I was advised to just continue giving her soy milk for 2-3 more days and let her “get used to it.” No way, Jose (as my mom would say). There was not a chance that I would have continued to watch her throw up and heave for hours, not to mention the fact that she would have been extremely dehydrated and in serious trouble. My mothering instinct said enough. We called our friend, a pediatrician, in Savannah. She advised us to go back to our formula (Hannah’s been on Alimentum – hypoallergenic formula the whole time.) and do nothing different for a couple days and then when we were ready gradually add soy to Hannah’s formula 1/2 – 1oz at a time until her bottle/cup was all soy. That’s what we did. We started last week and she’s doing fine so far. Thank God for good friends and good doctors.

3 – We took a short trip to Savannah. That precious Very Hungry Caterpillar dress is from Aunt Jennifer! I adore it. 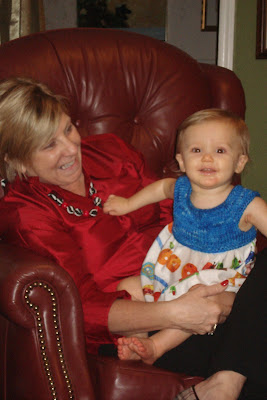 4 – Our friends Lauren and Pete celebrated their baby girl’s 1st birthday. Riley had a ladybug themed party and Lauren made the cake. She is so dang creative! And Riley is so dang cute! 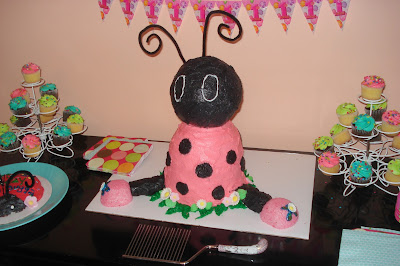 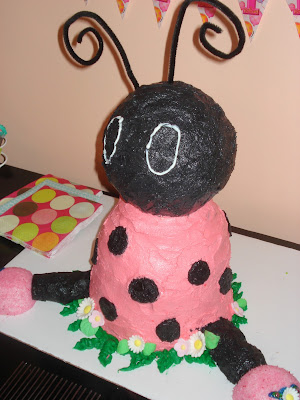 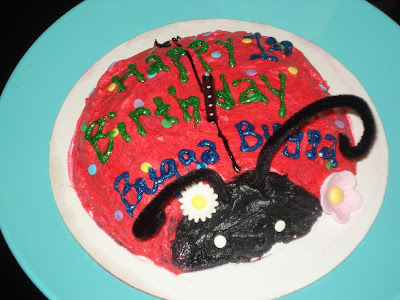 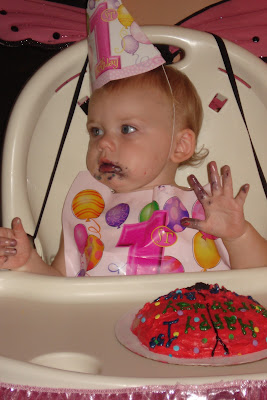 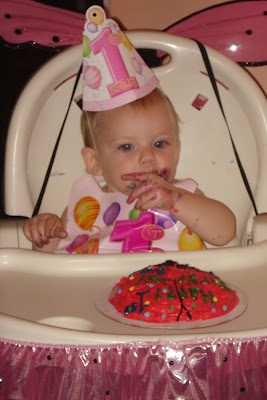 5 – Uncle Will gave Hannah an adorable animal play mat. If you push the animal heads they make noise. For some reason Hannah thinks she has to push them with her head. Uncle Will, did you demonstrate? We can’t figure it out…but it is kinda funny. 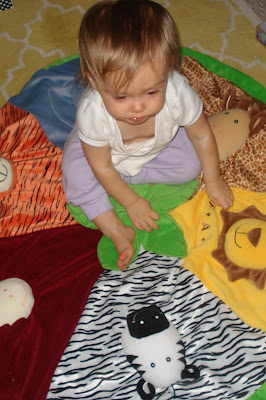 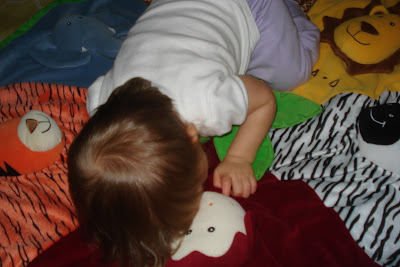 6 – Hannah has a few new skills, including: blowing raspberries on everything from her arm to the back door and bathroom mirror, pulling her hair, and picking her nose (very unattractive). She’s also into yanking her bib off. (Add that to the fact that she hates wearing bows and this girl just isn’t into accessorizing. That will change…) She got a second upper molar to match the one side – so we have a perfectly symmetrical mouth with 8 teeth right now. And finally, she says “Uh oh!” all the time and thinks it gives her permission to throw or drop anything, anytime, anywhere. The funny thing is she’ll say “uh” in several different tones, so it’s more like “Uh uh uh….oh!”

8 – It is finally starting to feel like fall and I am so happy.