On Saturday night, Hannah was in her very first recital. It was quite exciting! Before the costumes even came in, she was inviting everyone to her recital on May 30. {I’m talking like in March.}

A couple of weeks before the big event she had pictures at a local studio. We chose the ballet costume for hers and I put a little blush and some pink lipstick on her. I had high hopes for one good shot that I could stick in a frame. Surprisingly, she was not all that interested in having photos taken and thought it was soooo boring. She actually asked me when she was going to be done and proclaimed, “This is nonsense!” No joke. I am not even sure where she learned that word.
They turned out way better than I thought they would. 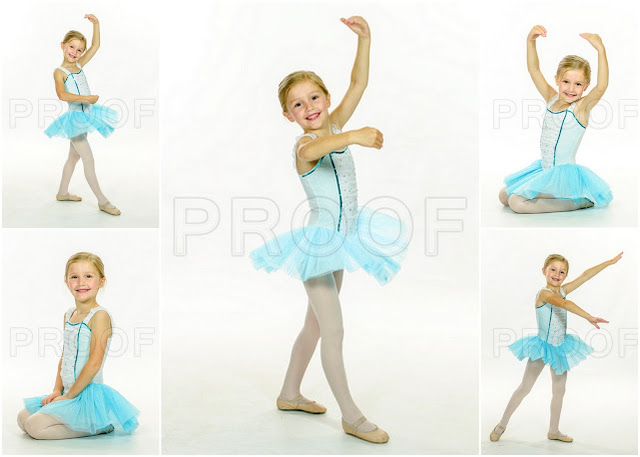 I had a hard time deciding which one to go with for the package I ordered. {I went with the one in the center.} My mom, Uncle Ben and Aunt Katie gave Hannah a beautiful silver frame engraved “Hannah Ballerina” that holds a picture of 3 poses in one 4×6 photo. It is already proudly displayed on the bookshelf in her room.
Friday was dress rehearsal. She was overjoyed when I added a swoop of mascara while putting on her make-up. 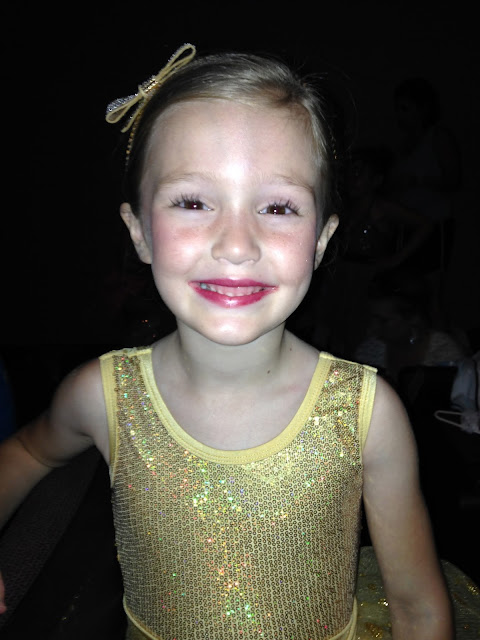 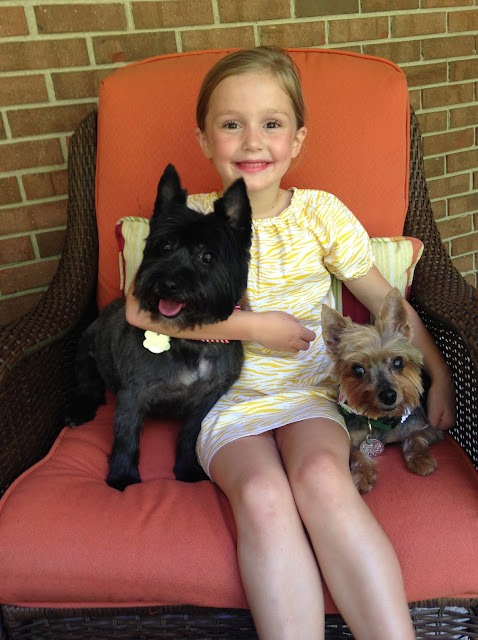 Chloe and Mollie were groomed on Friday. I wanted a picture of them and Hannah wanted to be in it. Ahh, now she willingly poses for a photo!

Uncle Ben and Aunt Katie came from Cincinnati, stopping on their way to the Virgin Islands for vacation. We were so appreciative of them coming and Hannah was over-the-moon that they were here for her first recital! They both celebrate birthdays at the beginning of June, so we made a cake, of course. {And served it after cinnamon rolls for breakfast!} We also had balloons and party hats. 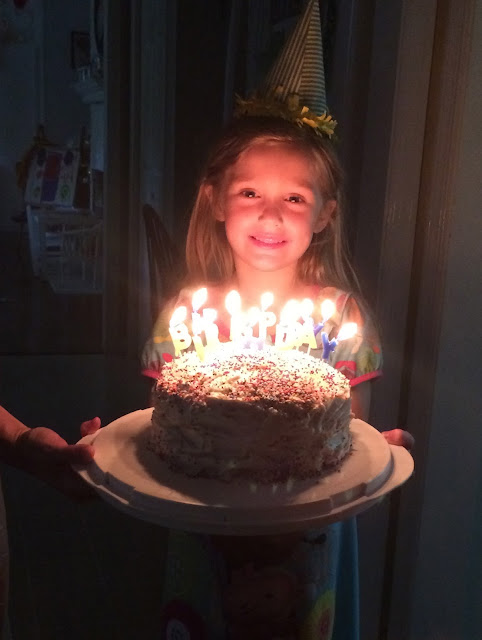 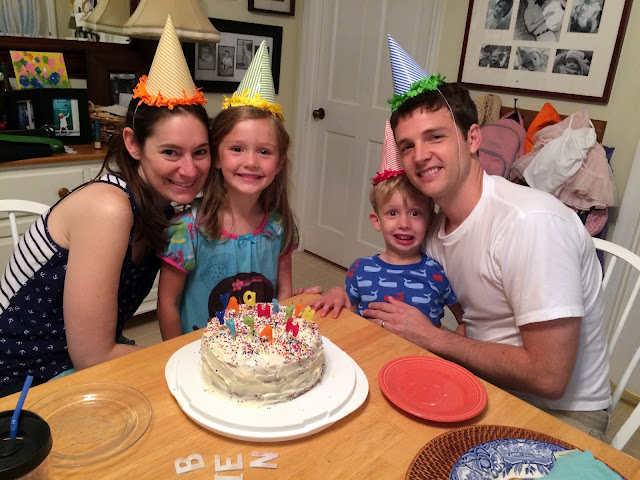 Saturday evening came and Hannah was all ready backstage in a yellow dress for the opening number. 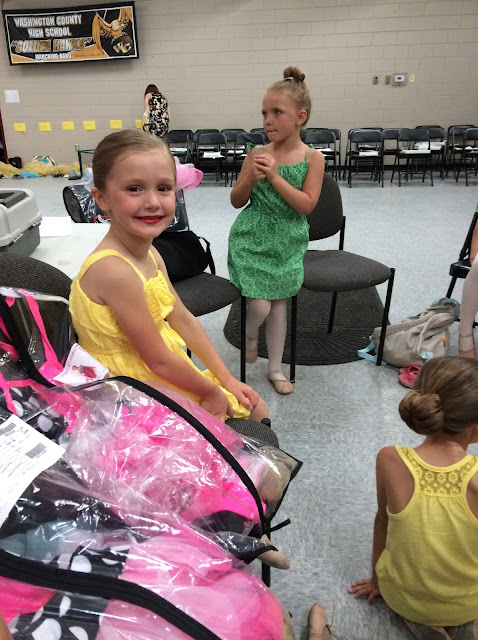 The recital was really great and we thoroughly enjoyed the show – from the dad dance contest at the beginning (Joe did not participate) to the curtain call at the end. The costumes and music selections were perfect (and at times hysterical – Bama Boyz rendition of “Old MacDonald”, anyone?).

Hannah was so much fun to watch. If there were any nerves, it didn’t show. She smiled and had the best time. At one point she couldn’t quite locate her mark and just shrugged her shoulders. Another time she motioned directions to another ballerina. Her expressions were hilarious. She danced to “Happy” by Pharrell Williams for tap and “Once Upon A December” from Anastasia for ballet.

{I’ll try to upload a video, but they are on Joe’s phone…}

After the show, we were invited up on stage to take pictures. 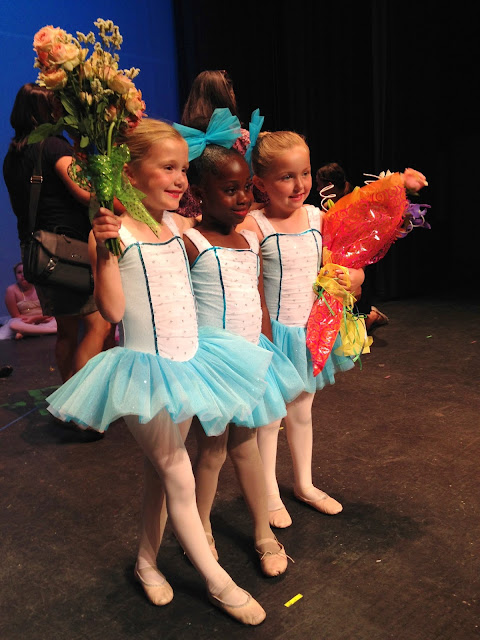 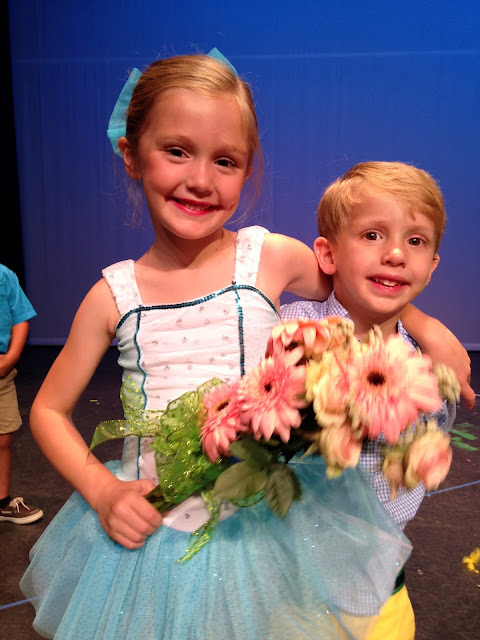 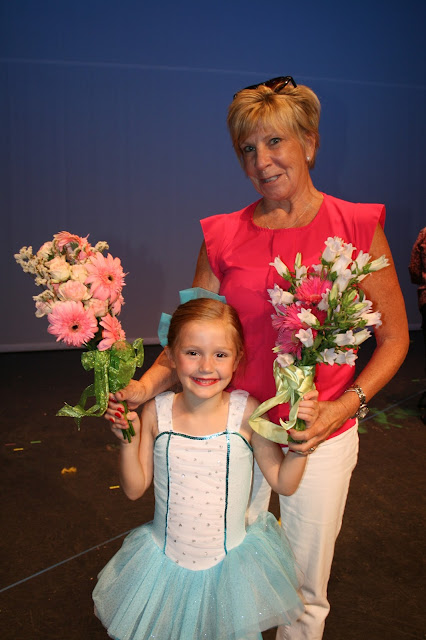 {I have to get photo with Uncle Ben and Aunt Katie from them and will add it here.} 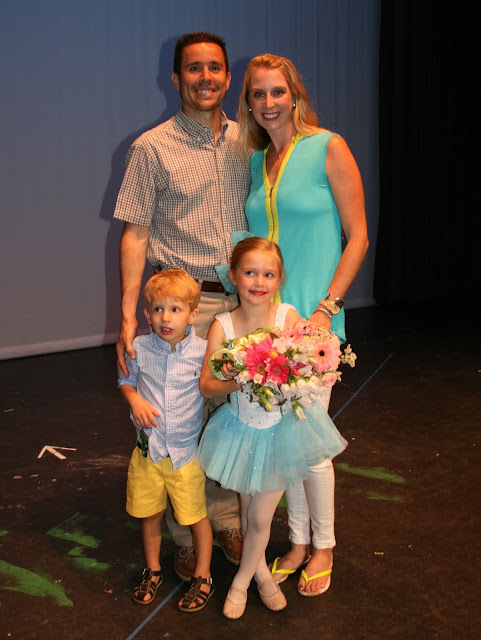 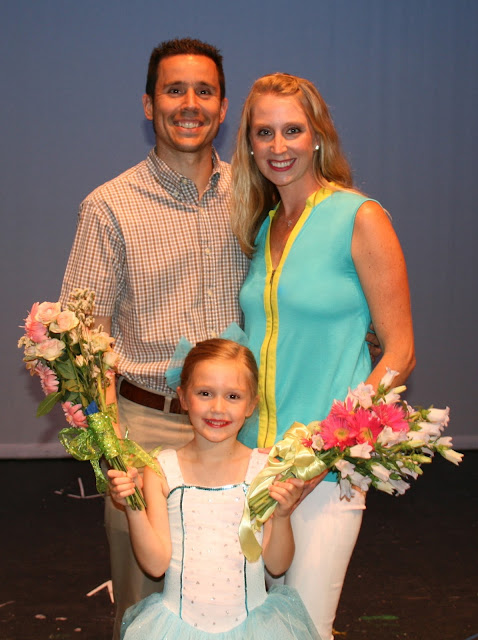 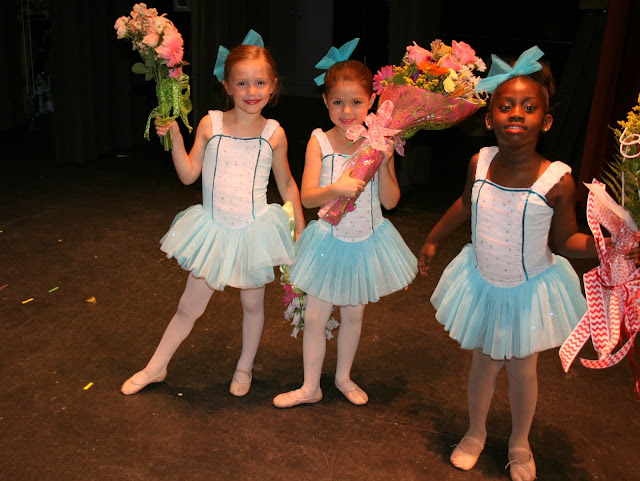 Hannah did not want to hold her bouquets as is typical. She held hers up more like a trophy (or torch). My mom and I decided to arrange our own flowers instead of going through the local florist. Mom picked them up at Fresh Market in Savannah and put them together at our house. I love the way they turned out. 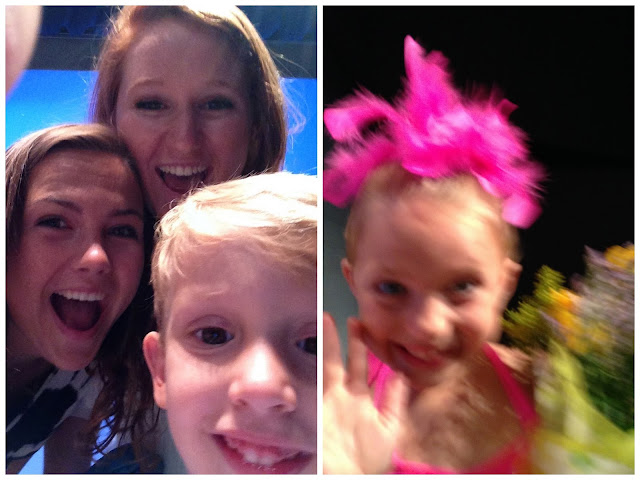 After dinner at the Mexican place, Hannah orchestrated a late-night dance party in the playroom: 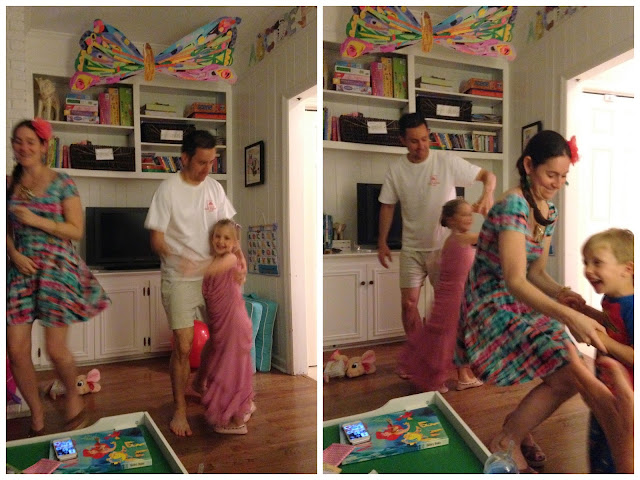 …a fitting ending to a dance-filled day!