On Monday, I picked up Hannah (early from school) and Joseph, and joined friends for a trip to the Georgia National Fair. We consolidated into two cars – four adults and seven kids total – and drove to Perry. It was my kids’ first time at a fair and they loved it.

We got there early enough to enjoy short lines on most of the rides. I was so glad I went with the wristbands instead of buying individual tickets. We made our money’s worth in about 15 minutes. 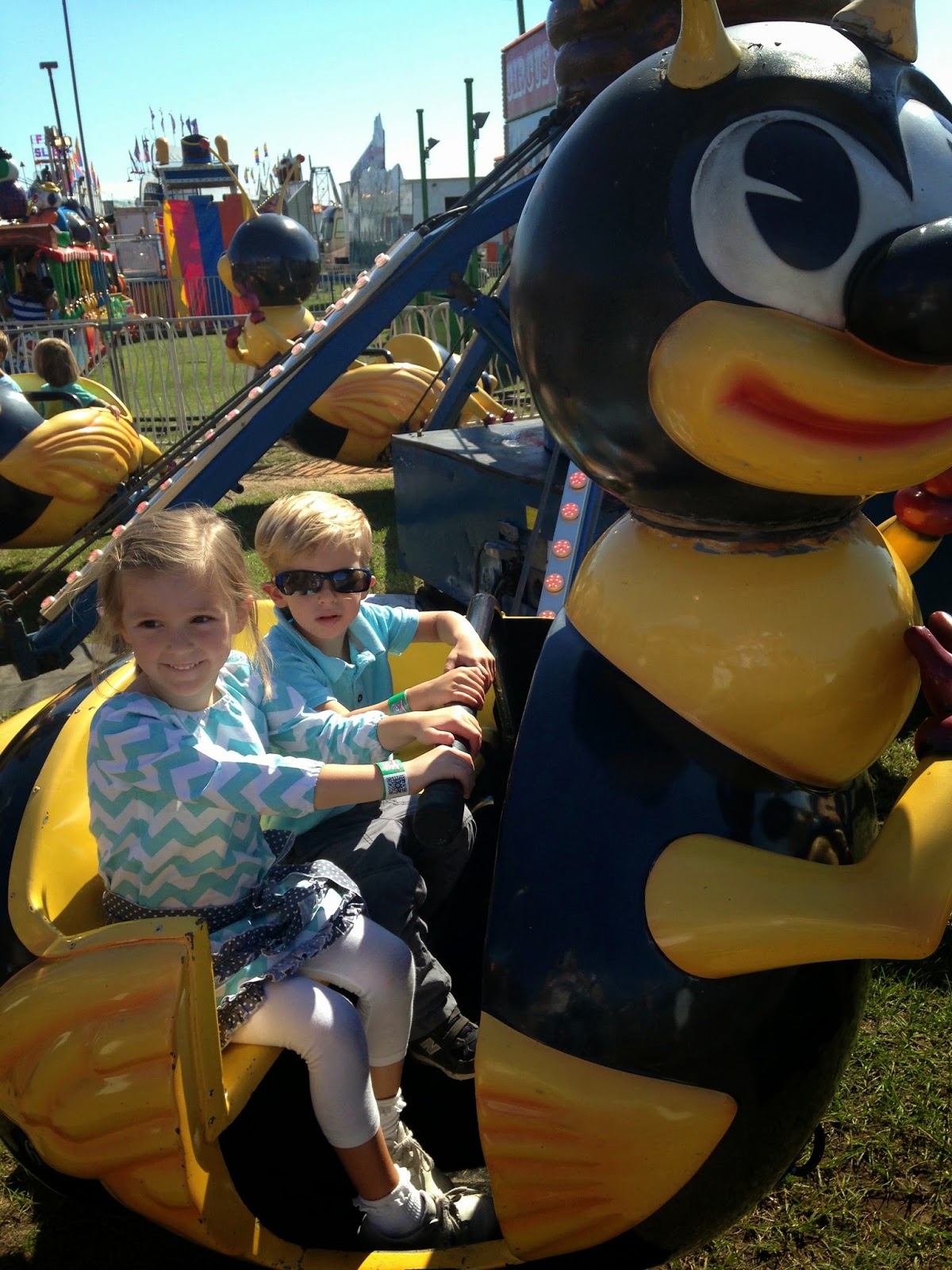 Joseph rode most of the rides he was tall enough for, and Hannah – well, Hannah rode those and then some. She could do the 42″ rides and the only thing that slowed her down was long lines. 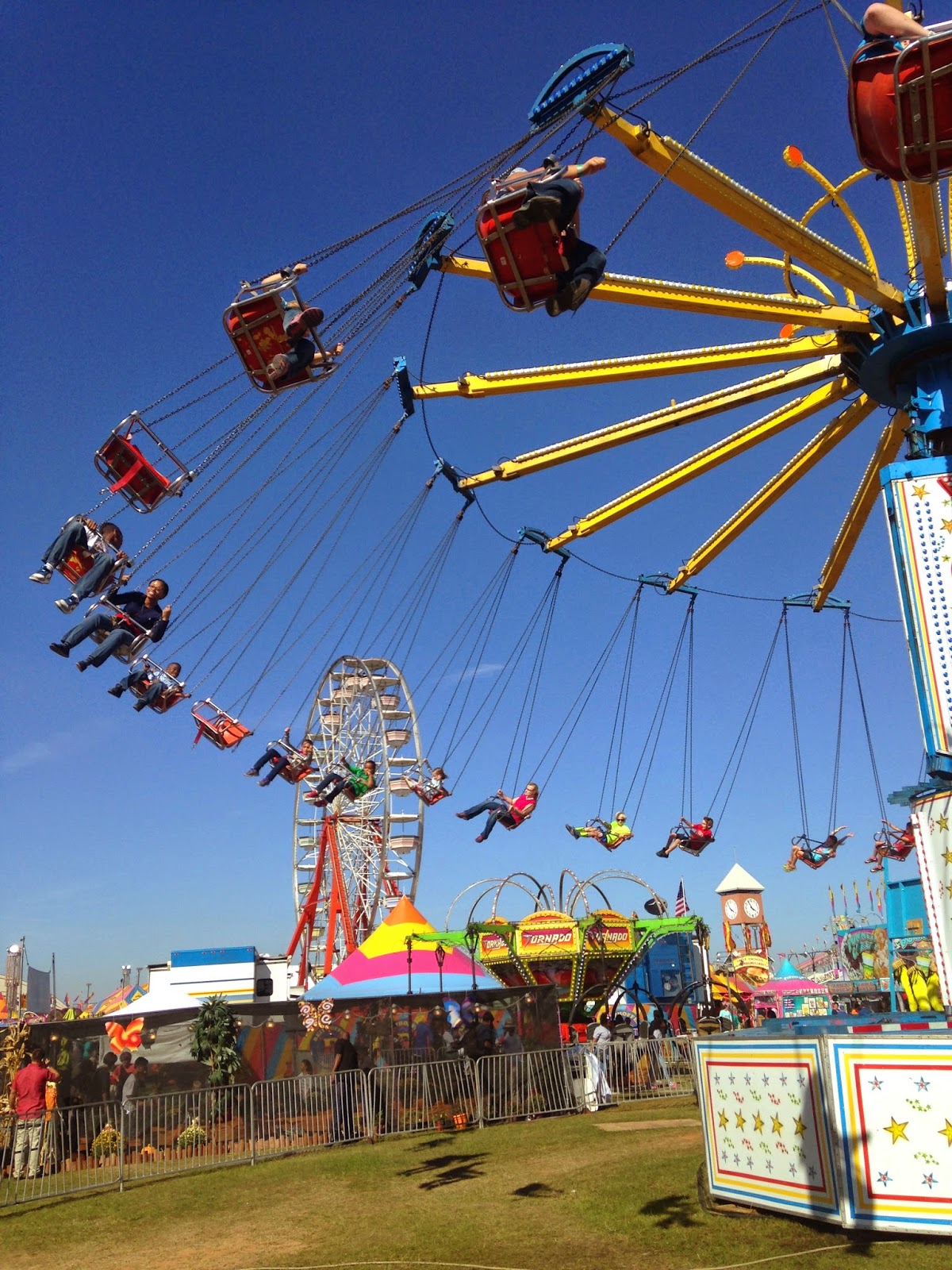 She’s the little one in front of the woman in the red top and jeans. And I was very thankful for the woman.

The guy going around making sure people were buckled in happened to skip over Hannah. I’m yelling that she’s not buckled, the guy next to me is yelling. He gets his wife’s attention (that’s the woman behind Hannah), and as the swings are being raised in the air she grabs Hannah’s cables and pulls her swing back and buckles her in. Good grief. Nothing like a little scare for Momma.

Hannah wasn’t scared a bit. Her face was pure glee and I got little waves every time she zoomed overhead.

All of the kids enjoyed the roller coaster despite the looks of uncertainty we saw on some of their faces. 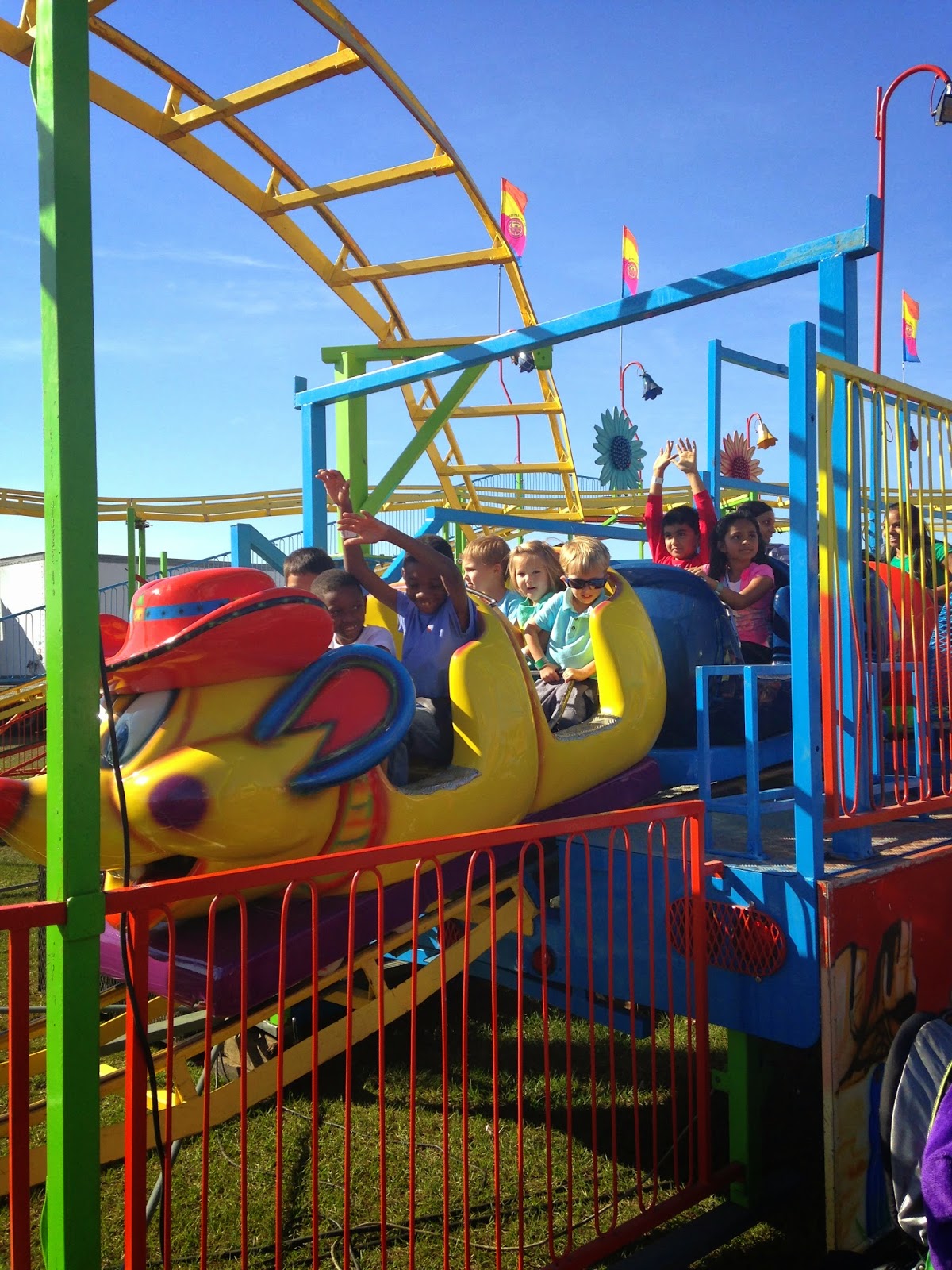 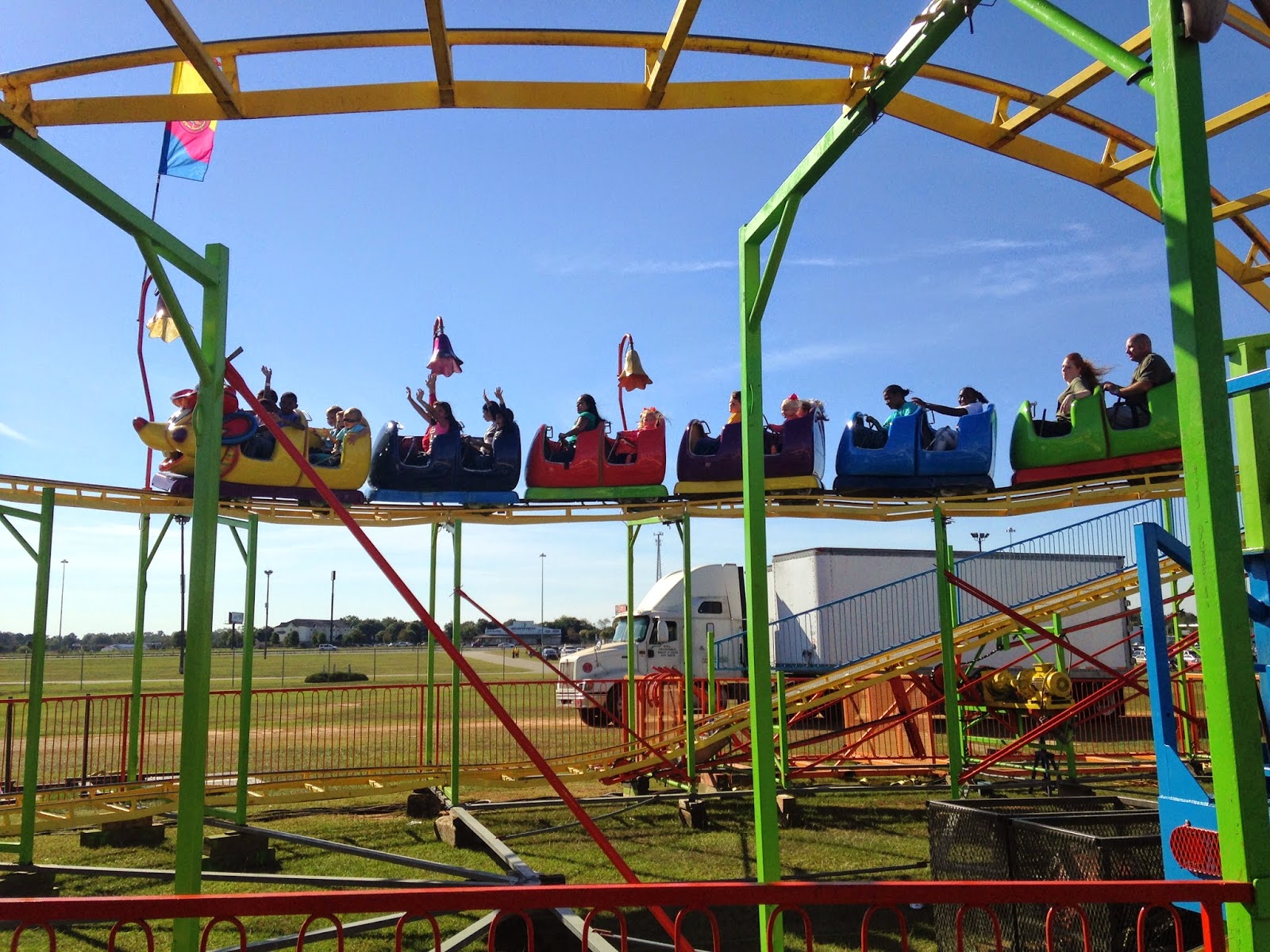 Hannah tried out the bungee/trampoline experience and, as you can imagine, had a blast jumping and doing flips. Joseph and I had fun watching her. 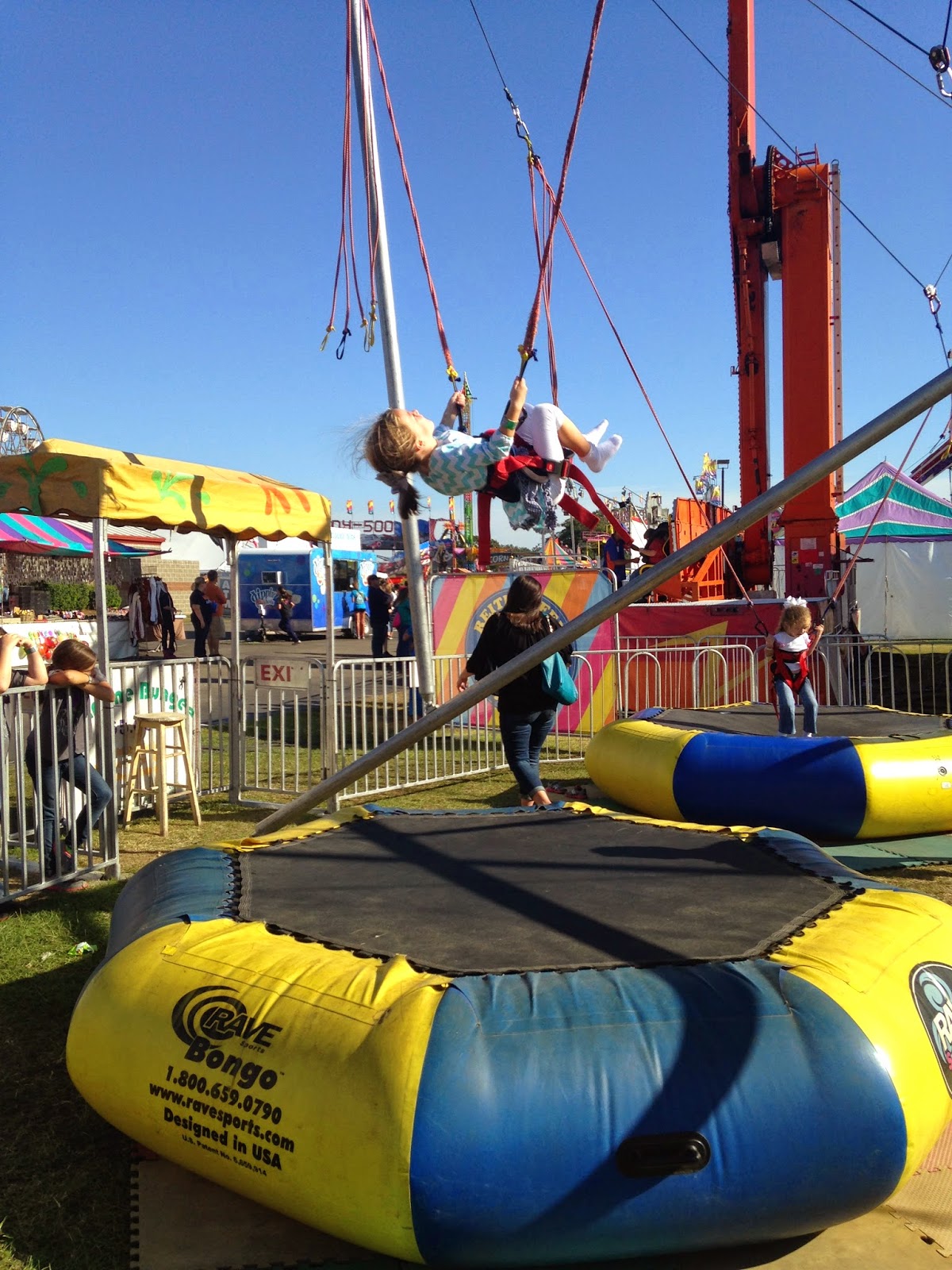 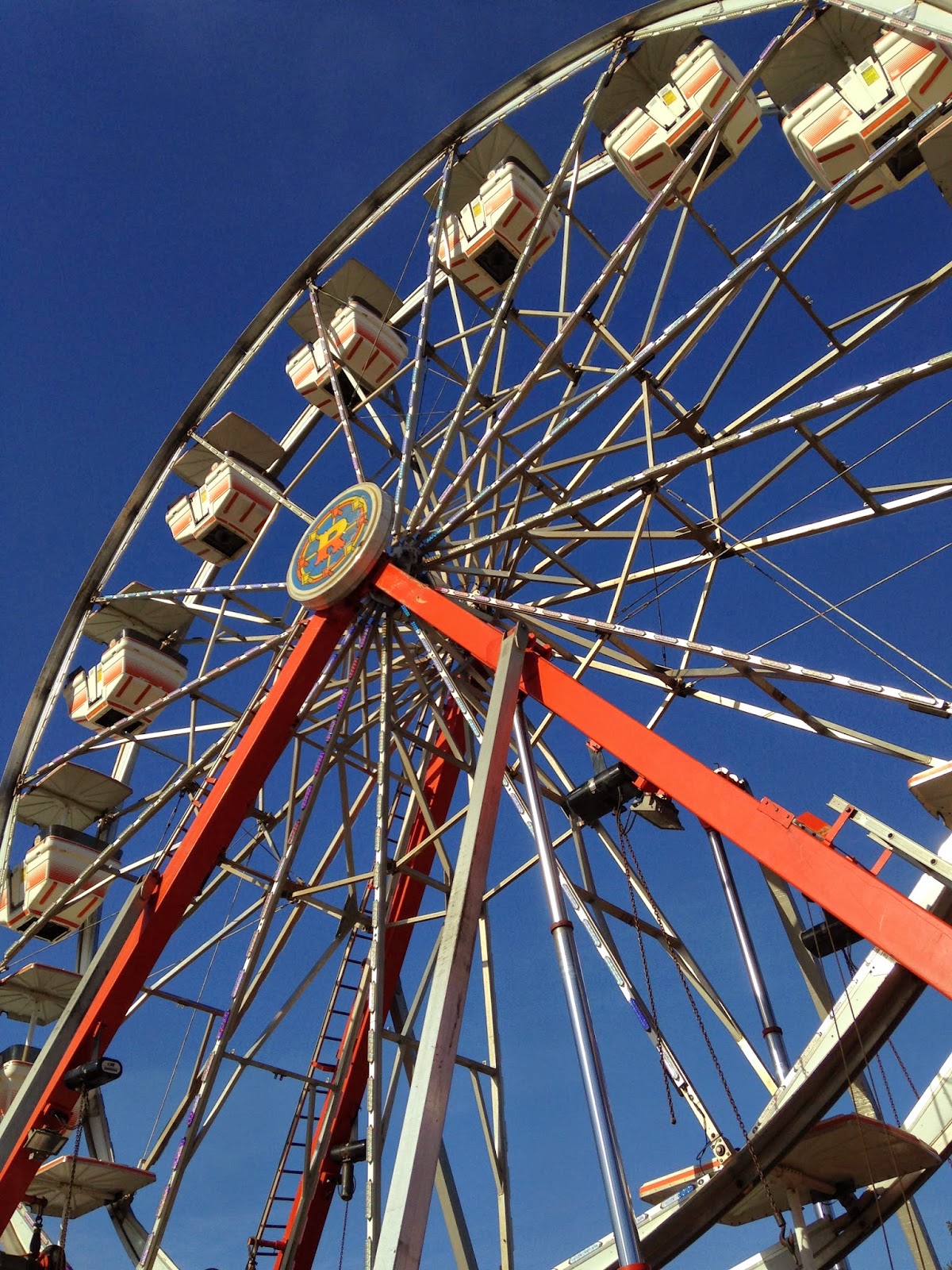 The highlight of our day was the ferris wheel. 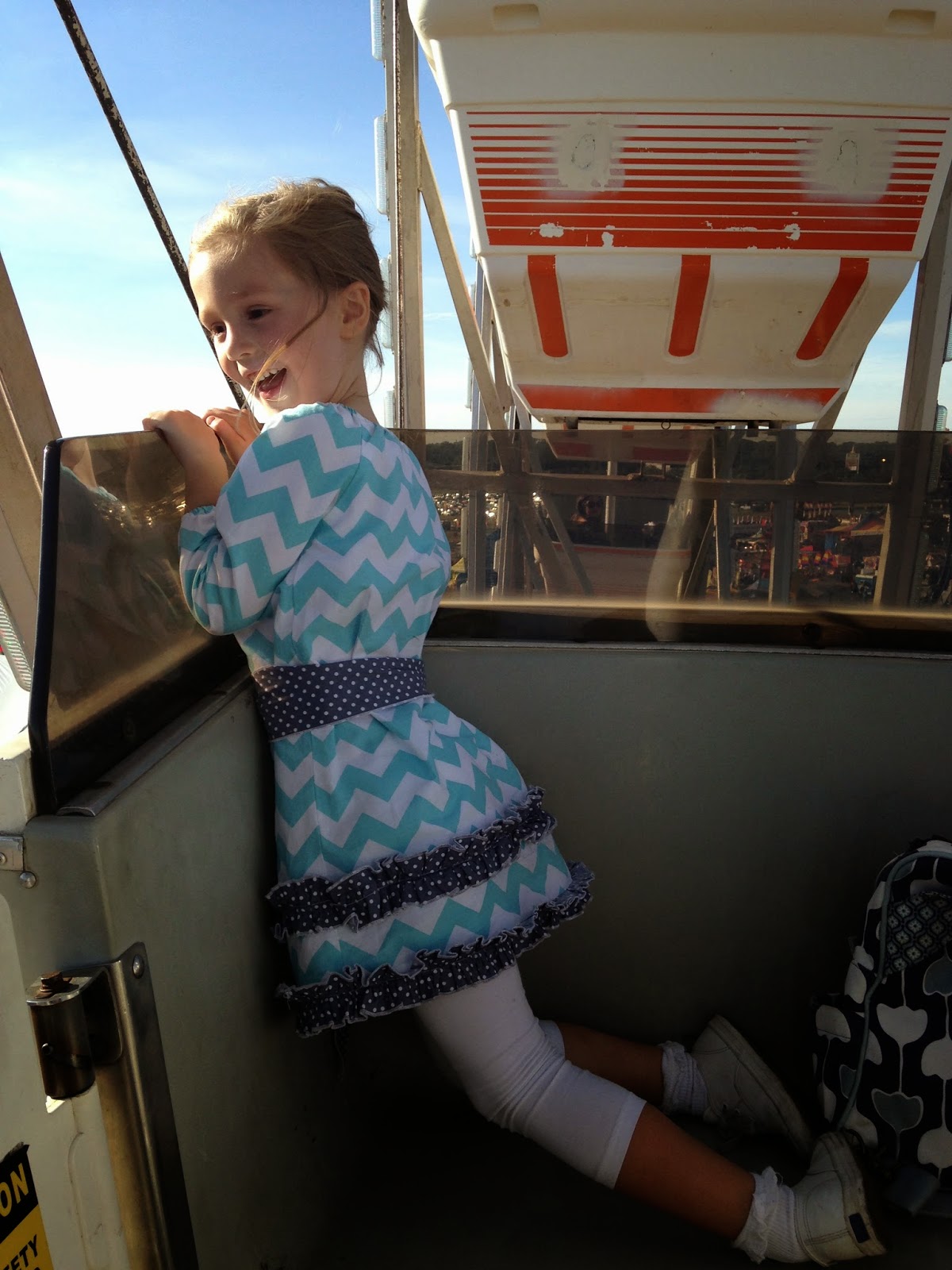 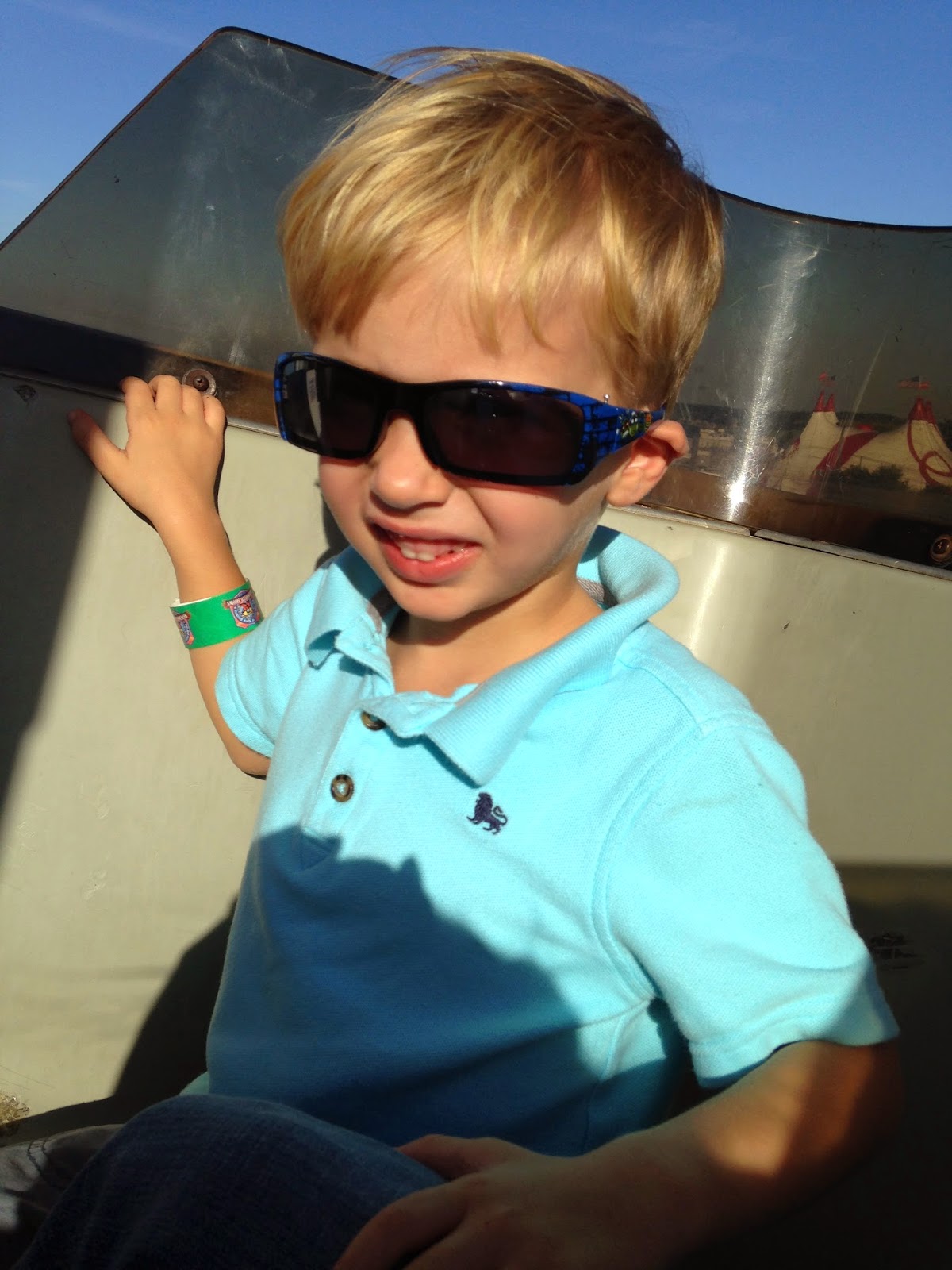 I rode a big roller coaster with my Monkey. She was the only kid tall enough to ride. It was a little herky-jerky as they tend to be, but it was fast and fun. 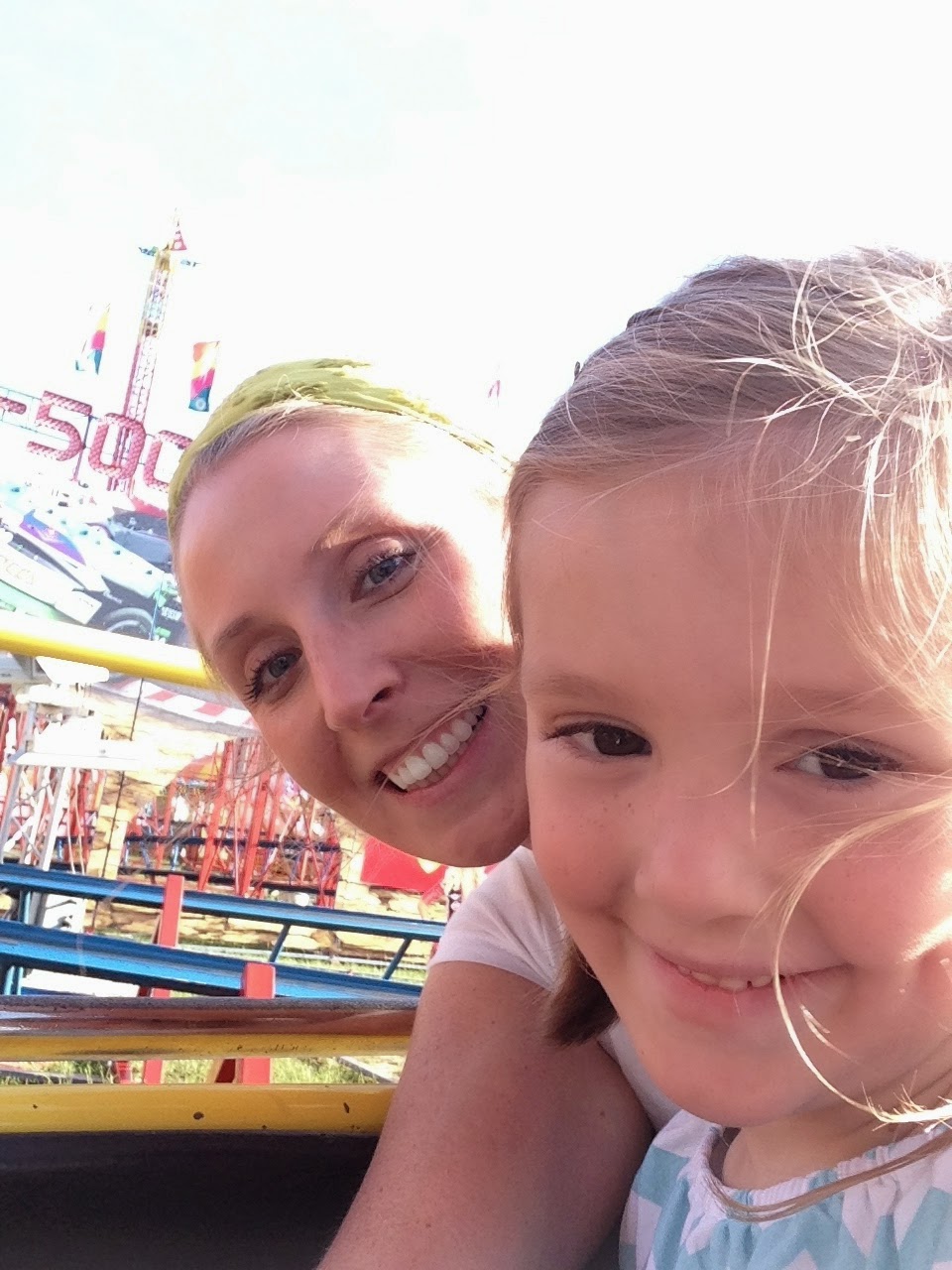 We did bumper cars and fun houses, went in a butterfly garden and saw a “living snake lady”, rocked really high on boats and rode spinning (nauseating) things like this: 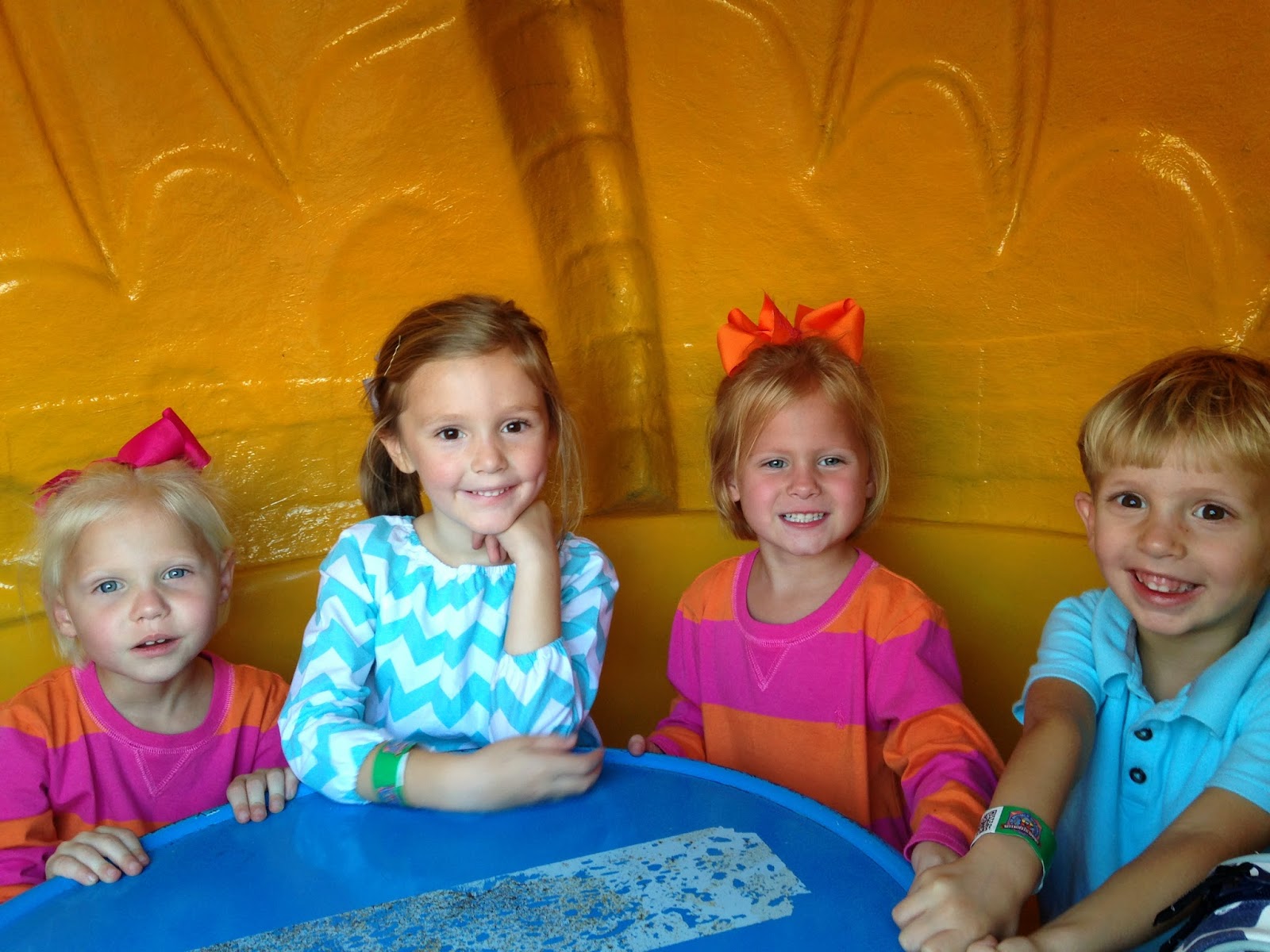 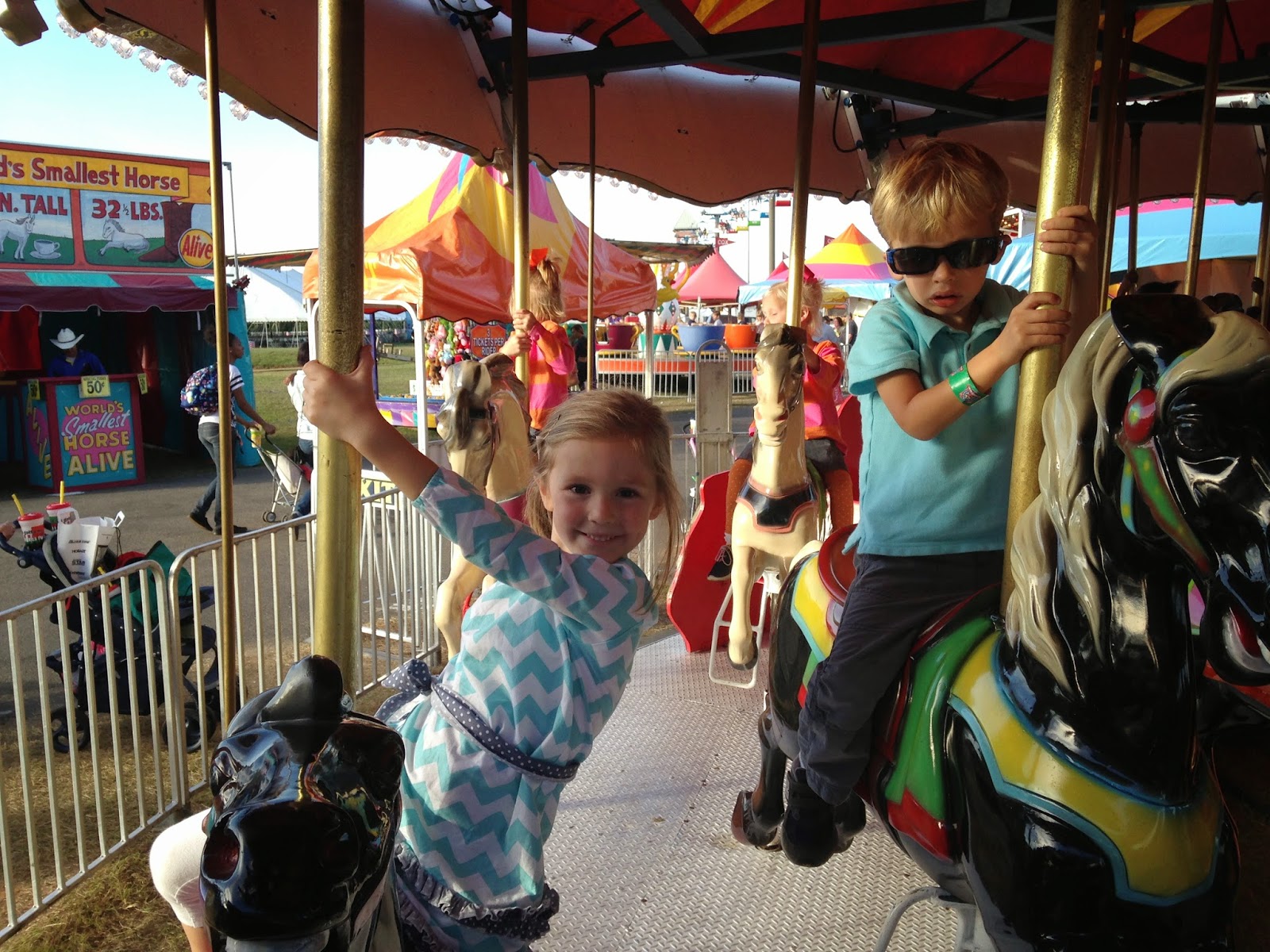 We rode the carousel and ate yummy fair food. 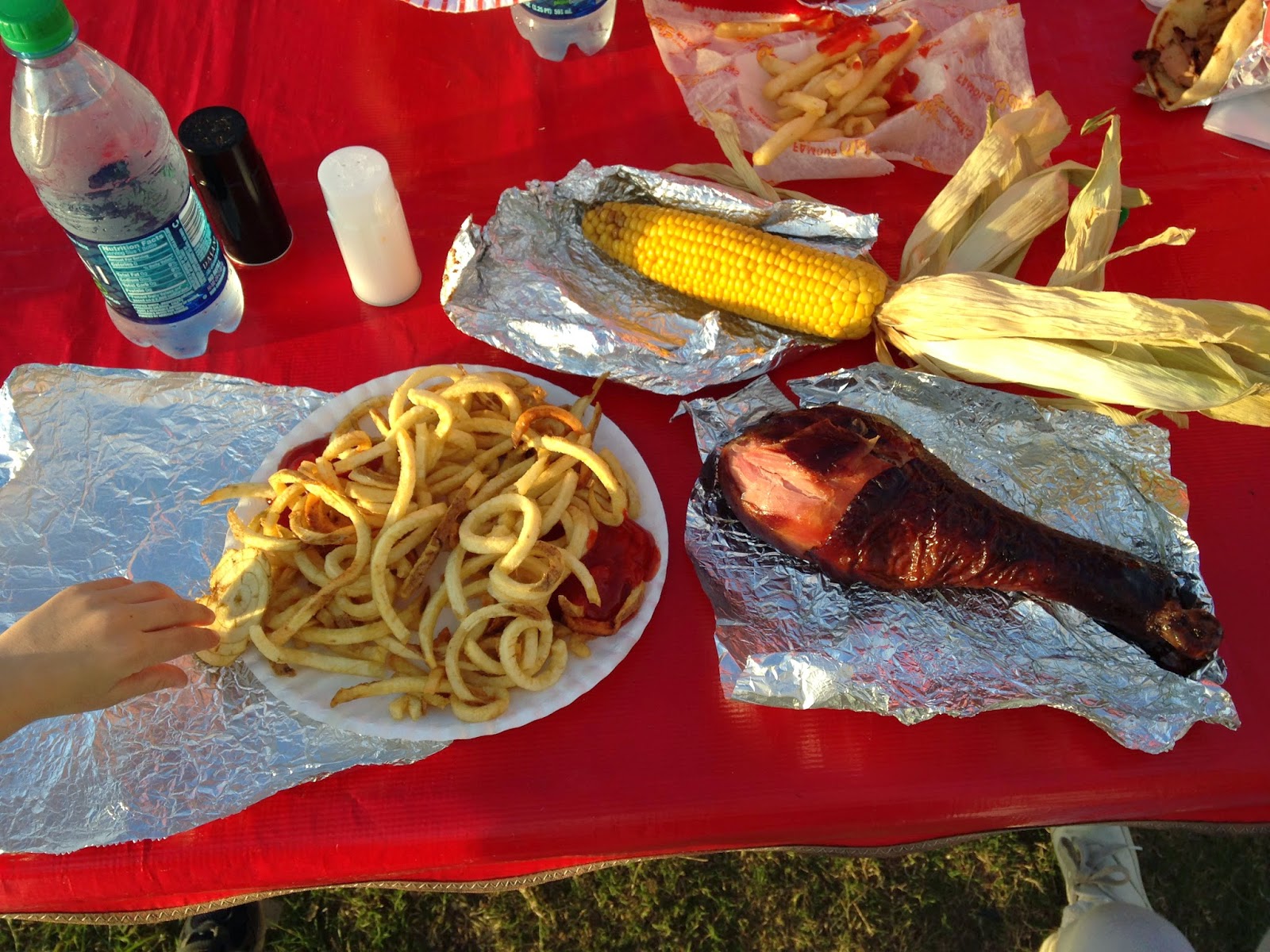 My sweet friends (half of our small group) and precious children: 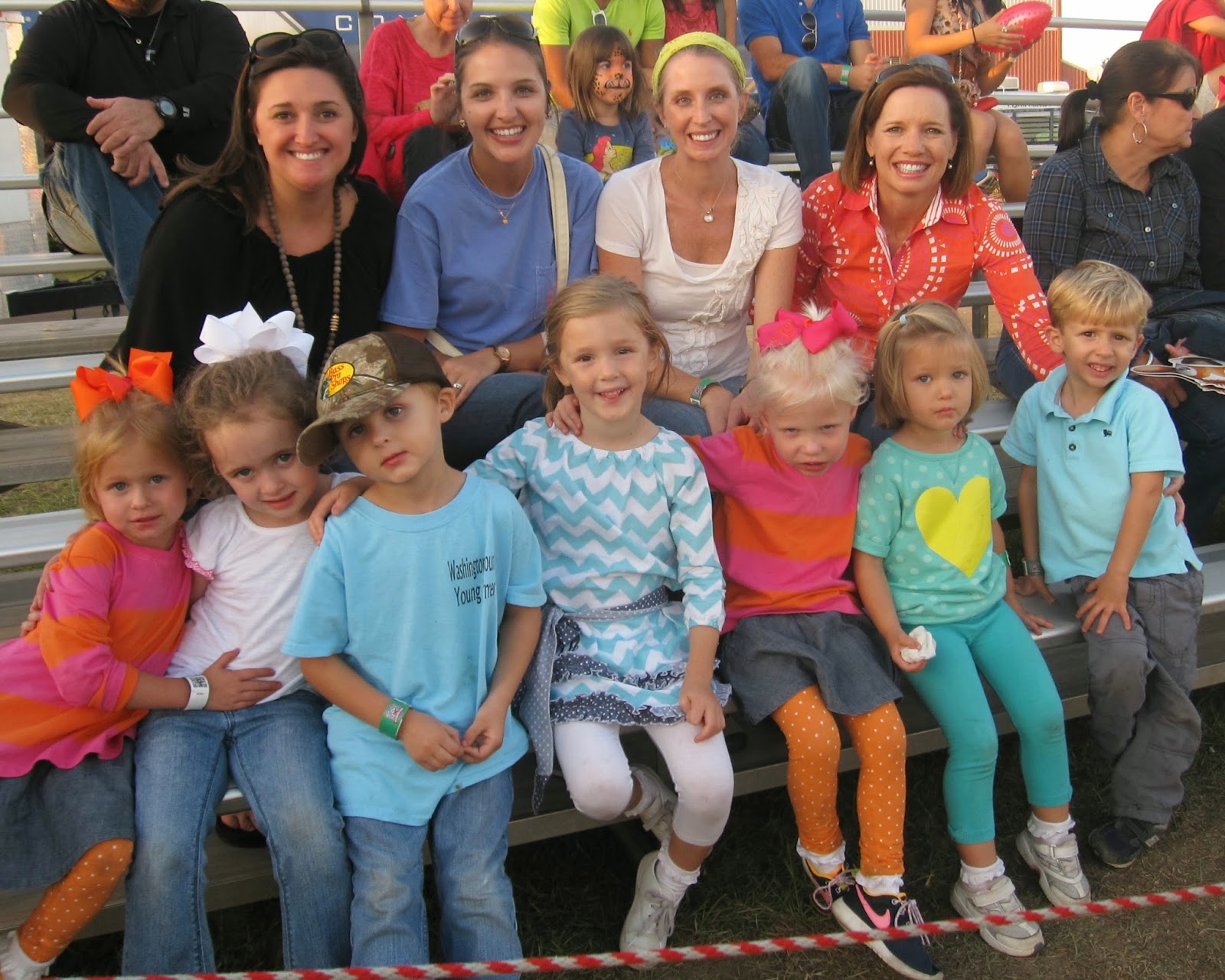 The Robinson’s Racing Pigs show was hilarious. Nothing like little piggies running around a track and swimming to win the prize of an Oreo cookie! 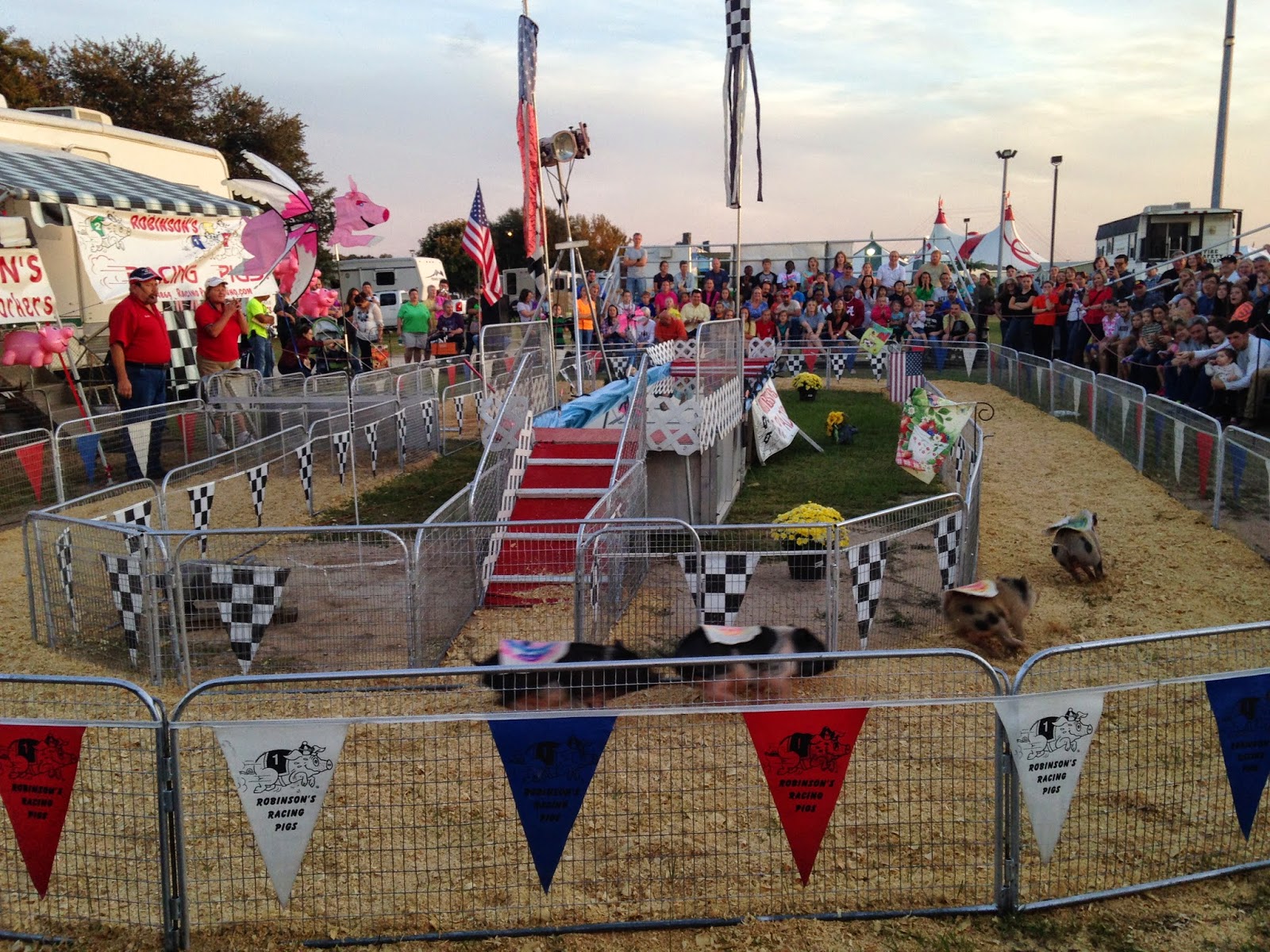 It started to get late (and we were almost two hours from home), but we could not pass up a ride on the BIG ferris wheel after dark! 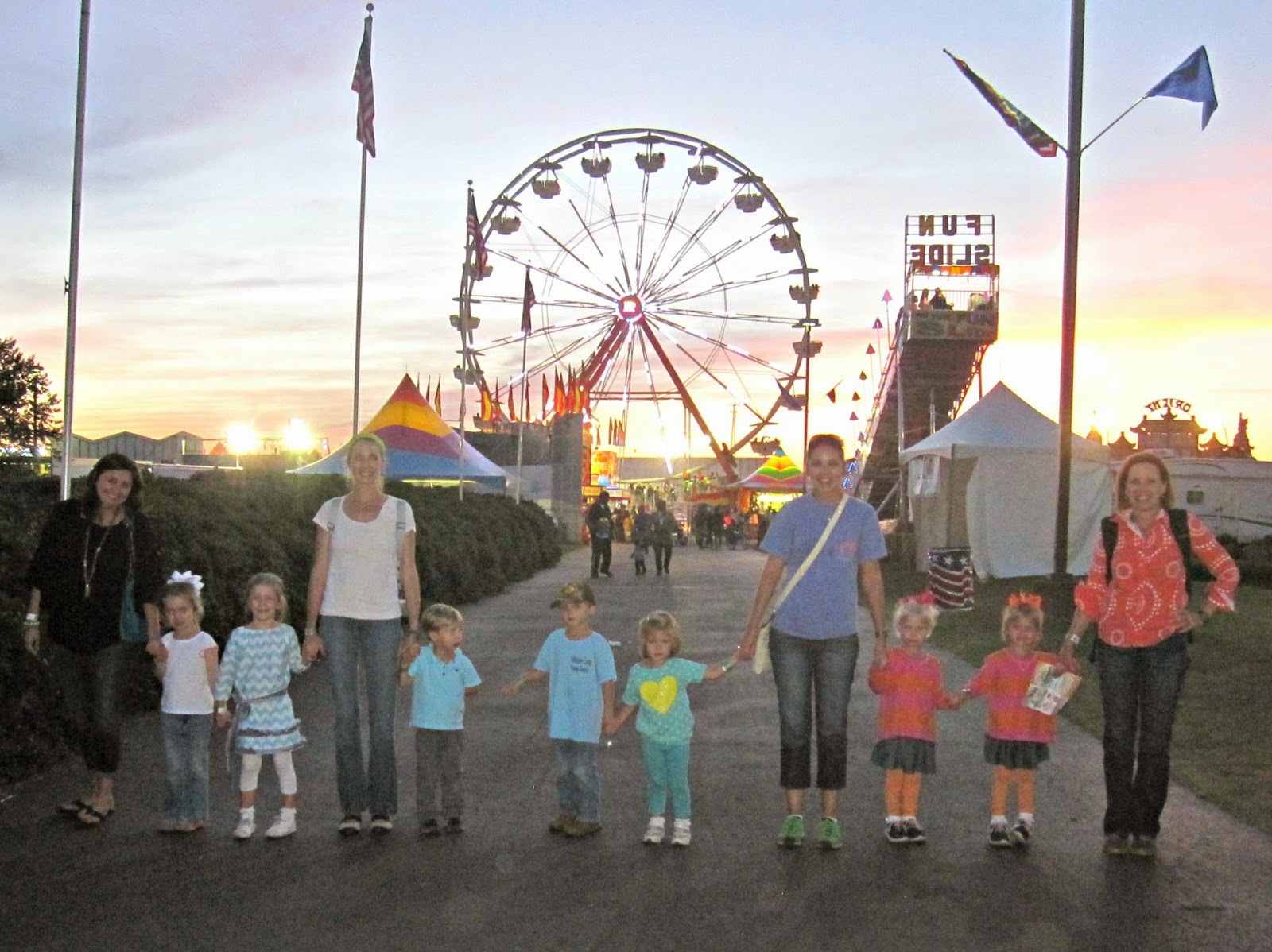 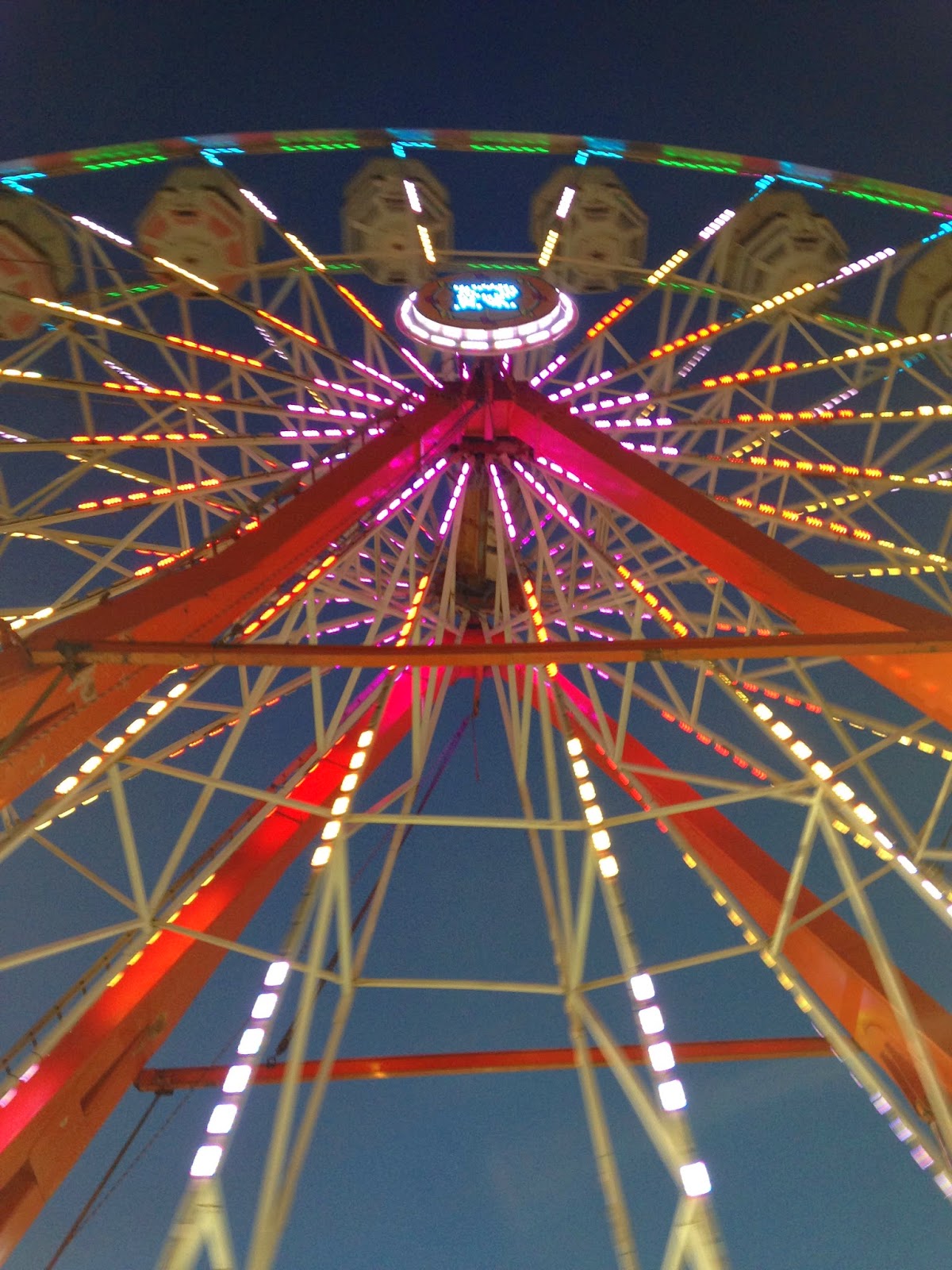 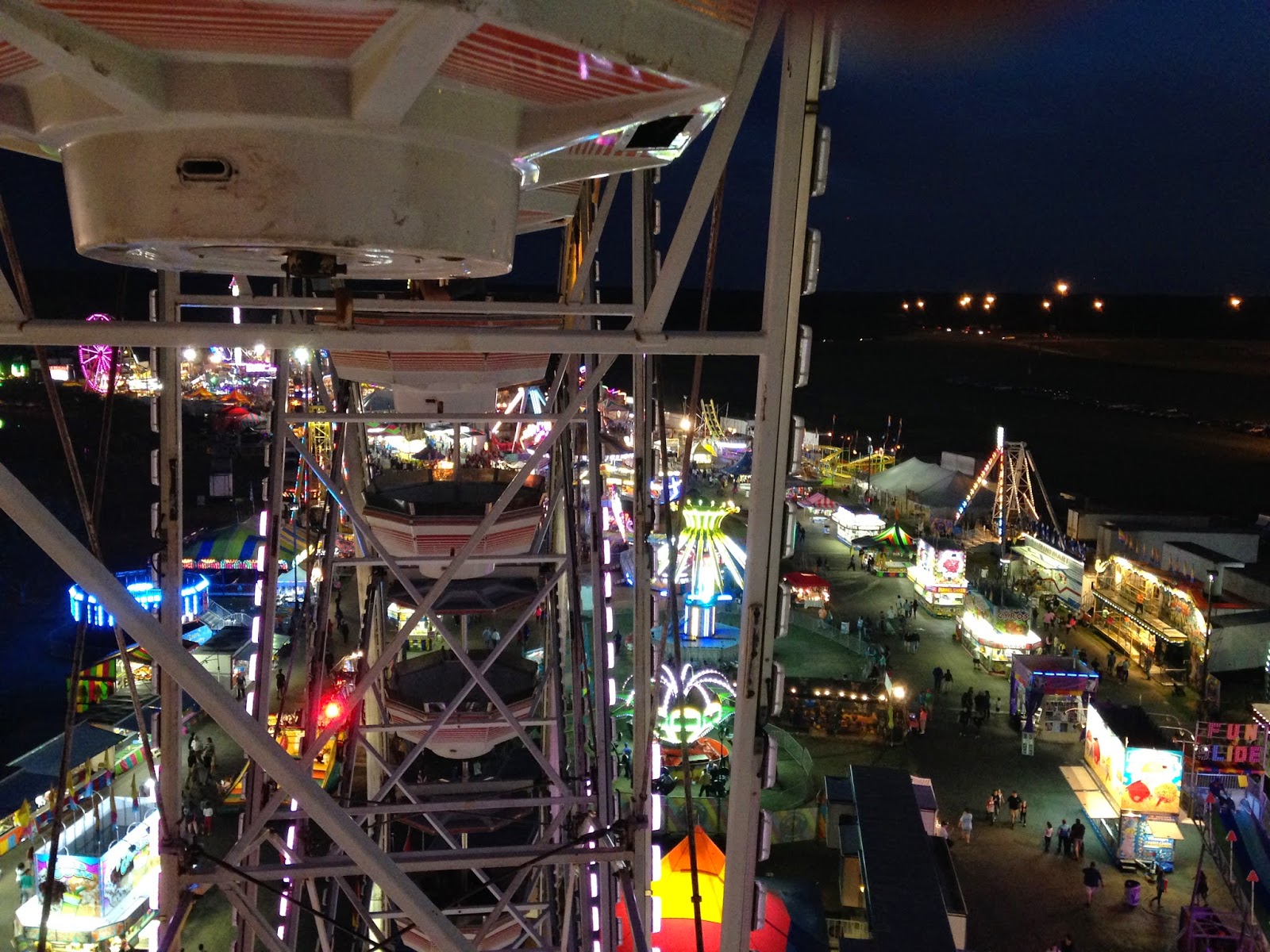 We ended the night with these… 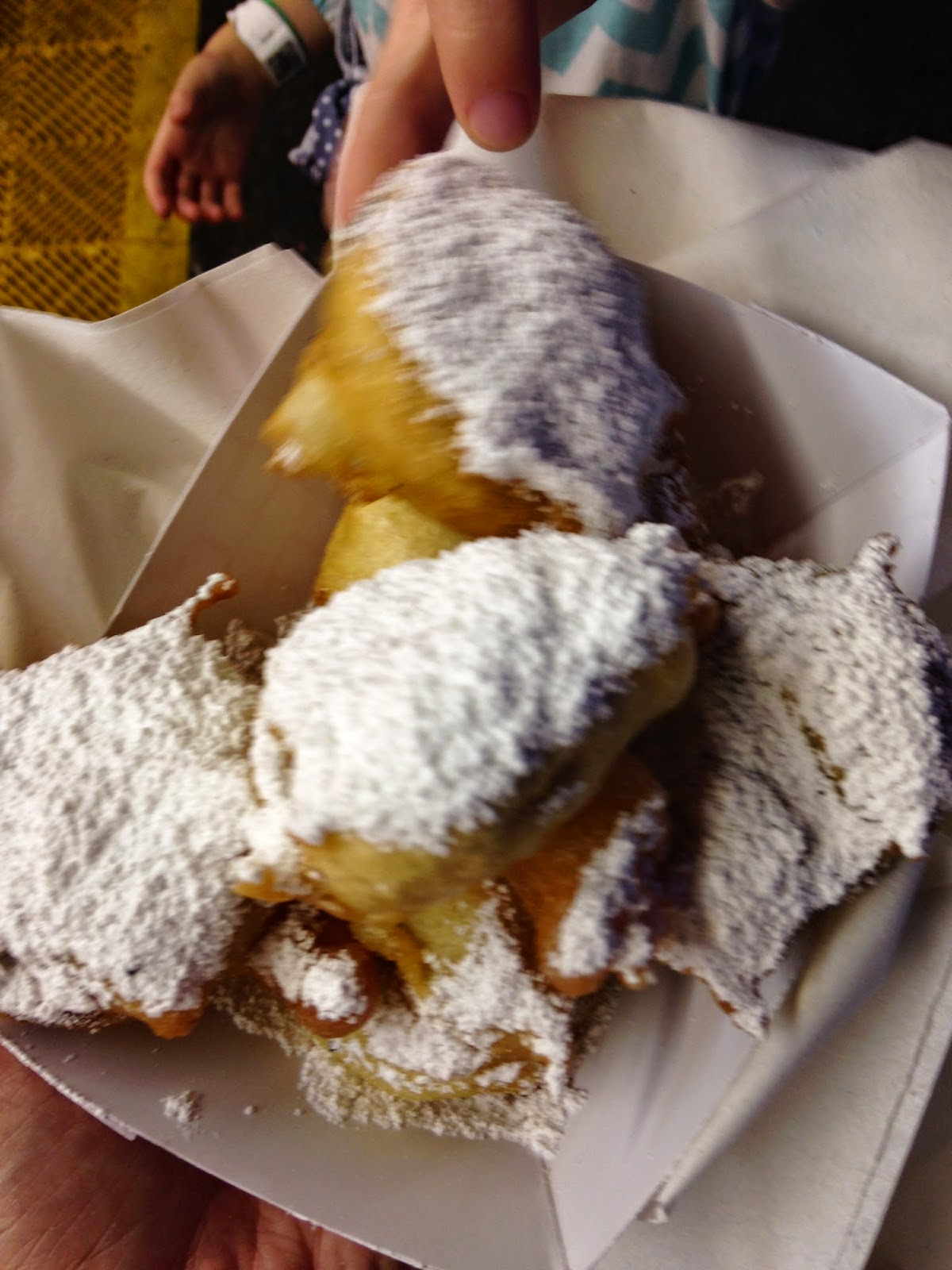 …fried Oreos. Are you kidding me?? They were recommended…and so delicious! {The picture is blurry because I was trying to keep the kids out of them long enough to take a picture.}

Fun, fun day at the fair…and a late, late night!

« how is it october?
field trips…atlanta…anniversary »