Before the ice storm, we played in the backyard and I took pictures of H+J, hoping to come up with one for their valentines. I’ve done this the last two years (you can see 2012 here and 2013 here), adding text to a picture and printing them out at CVS. I attach candy and then we’re good to go.

The kids are always excited to go outside, but at these ages, getting them to be still and smile is often a challenge. Hannah was overjoyed to get to put on her new t-shirt and leggings from Meme, so she was more than happy to oblige. 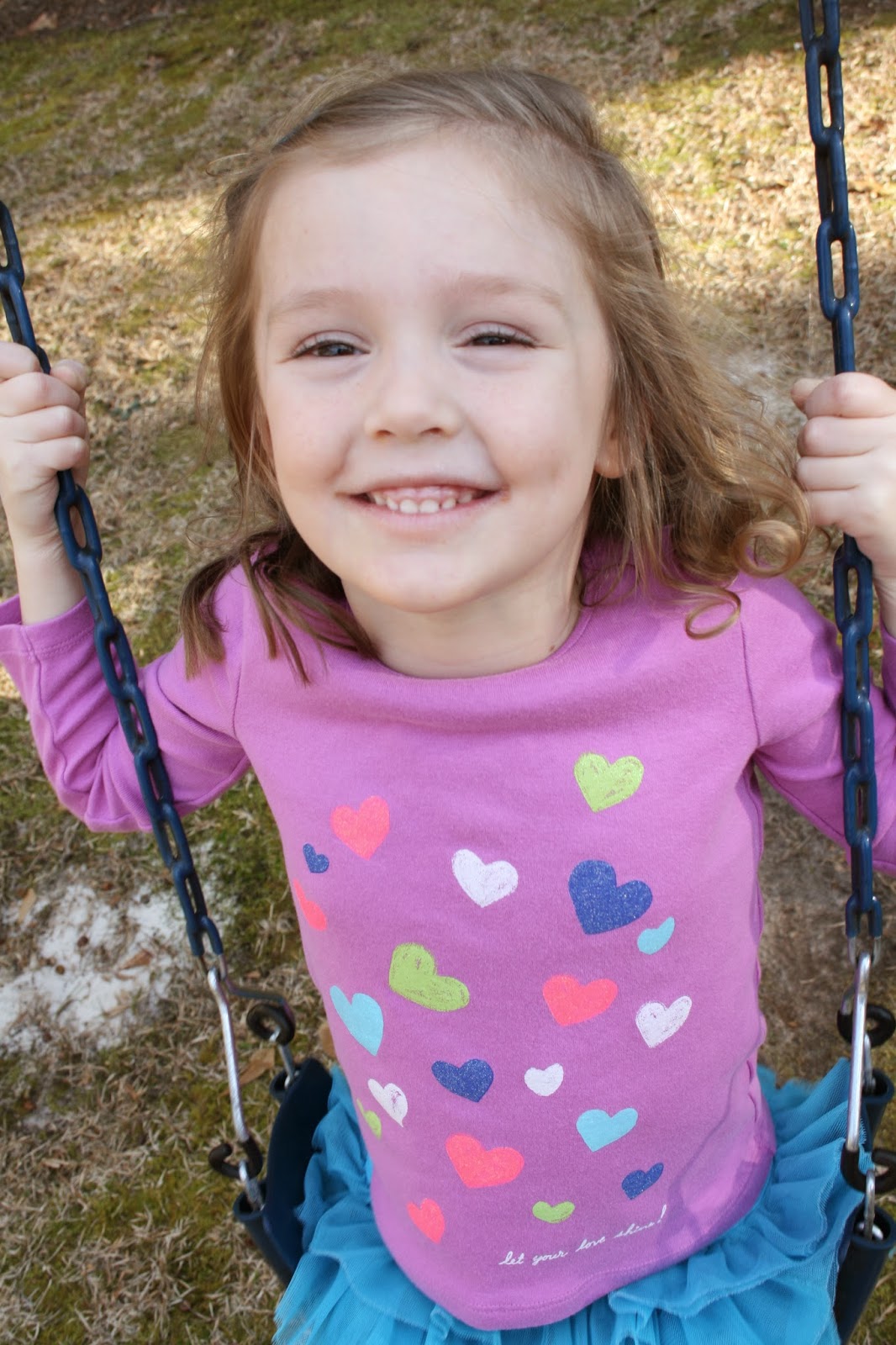 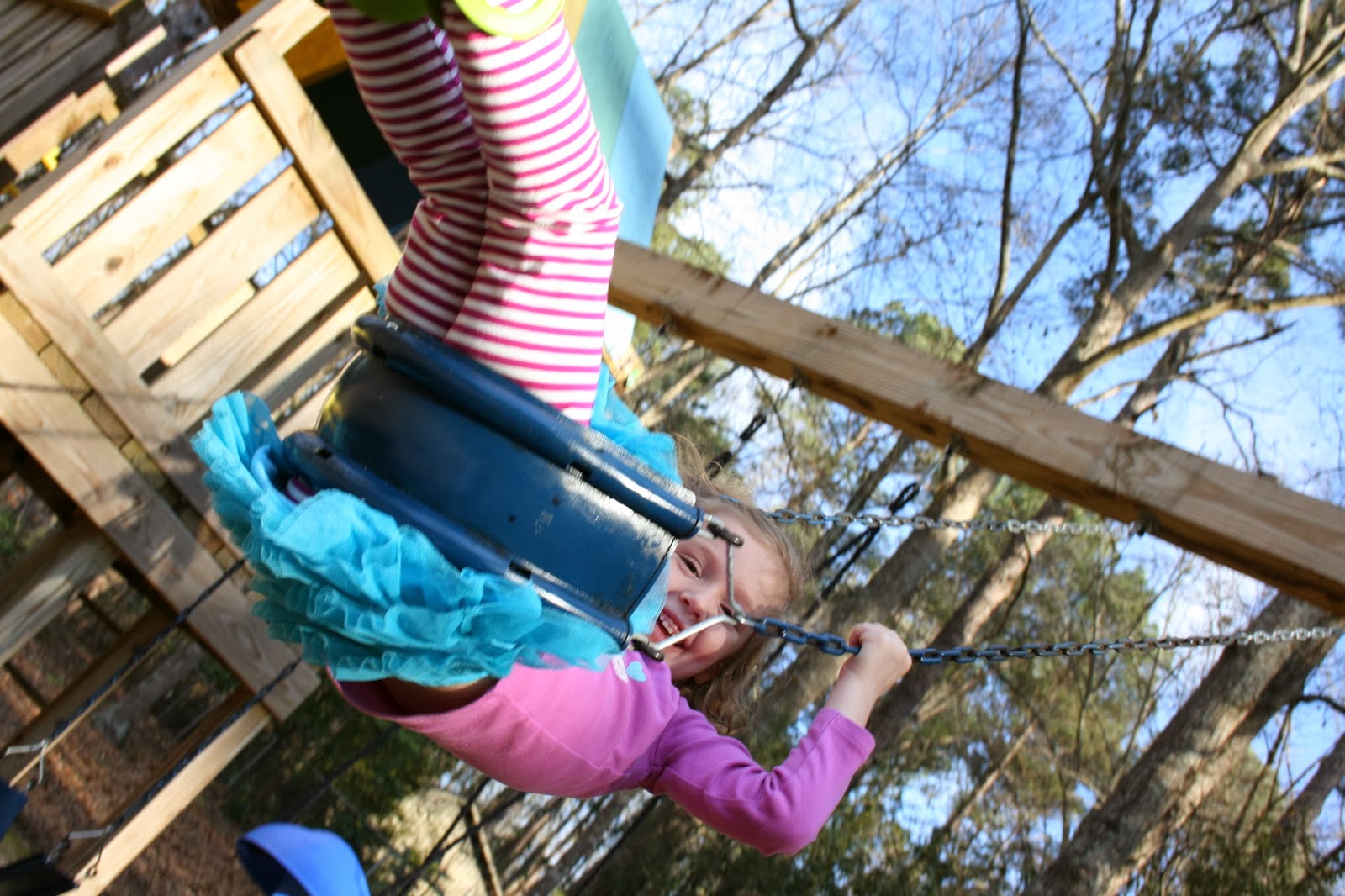 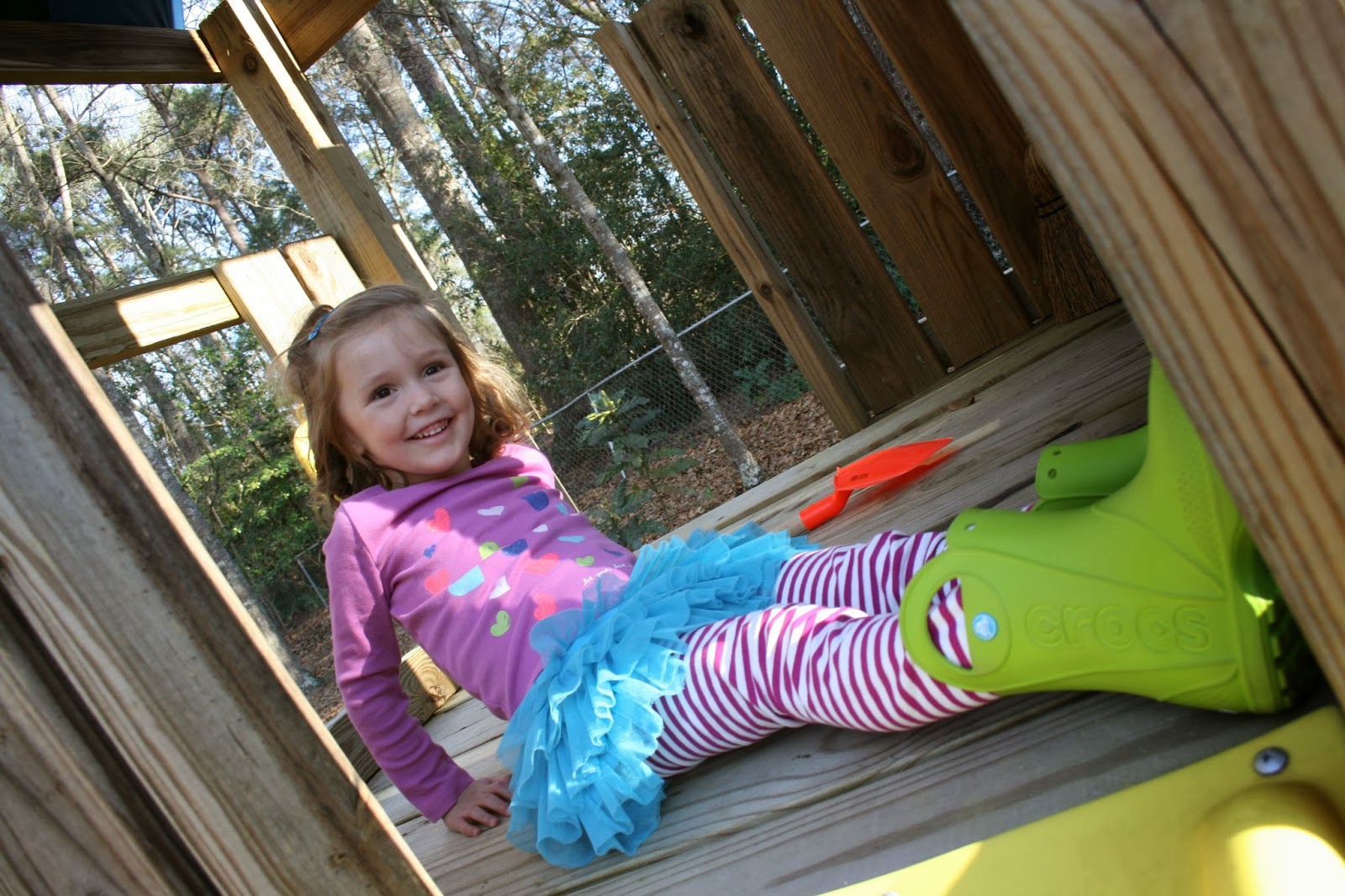 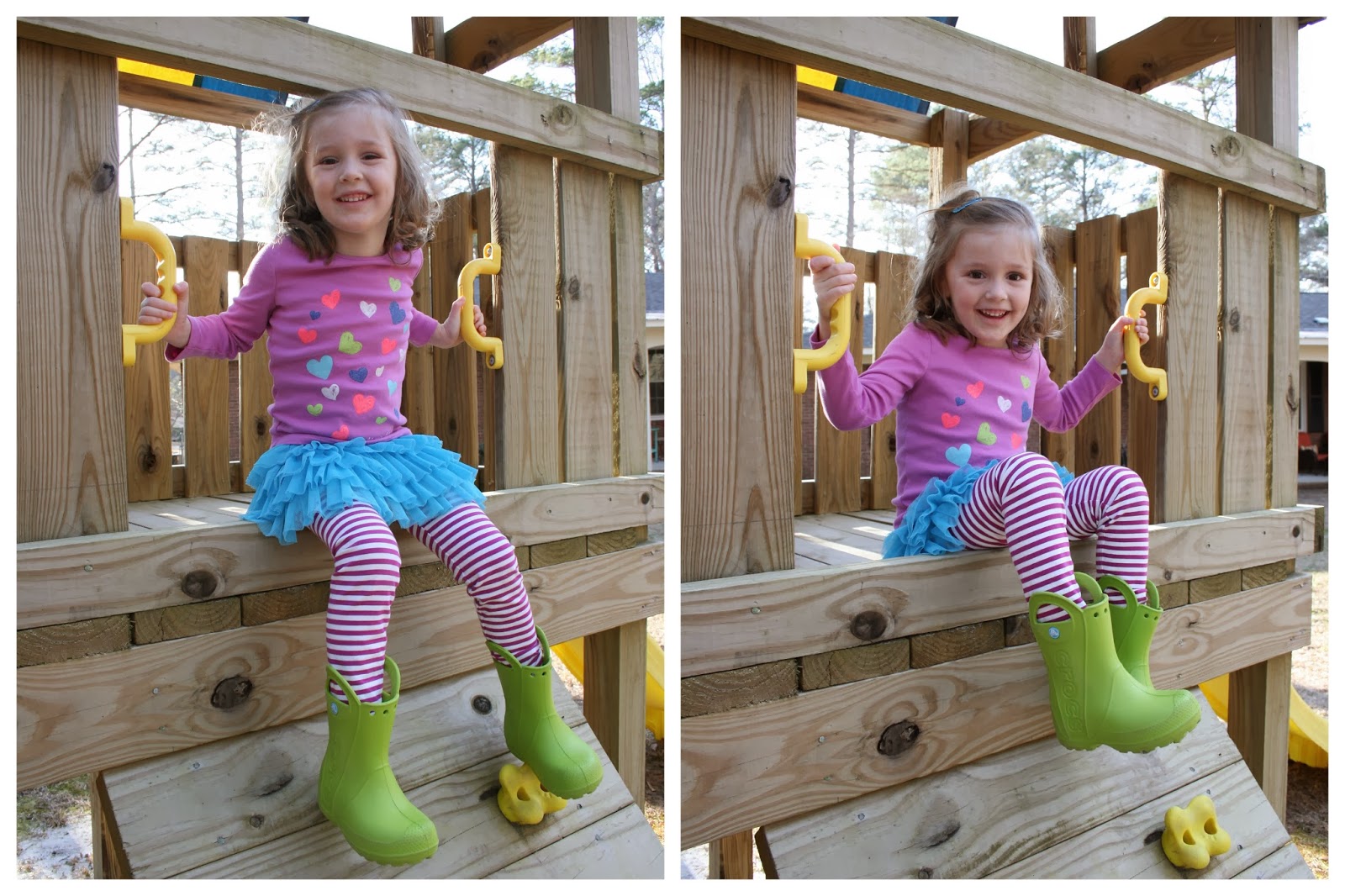 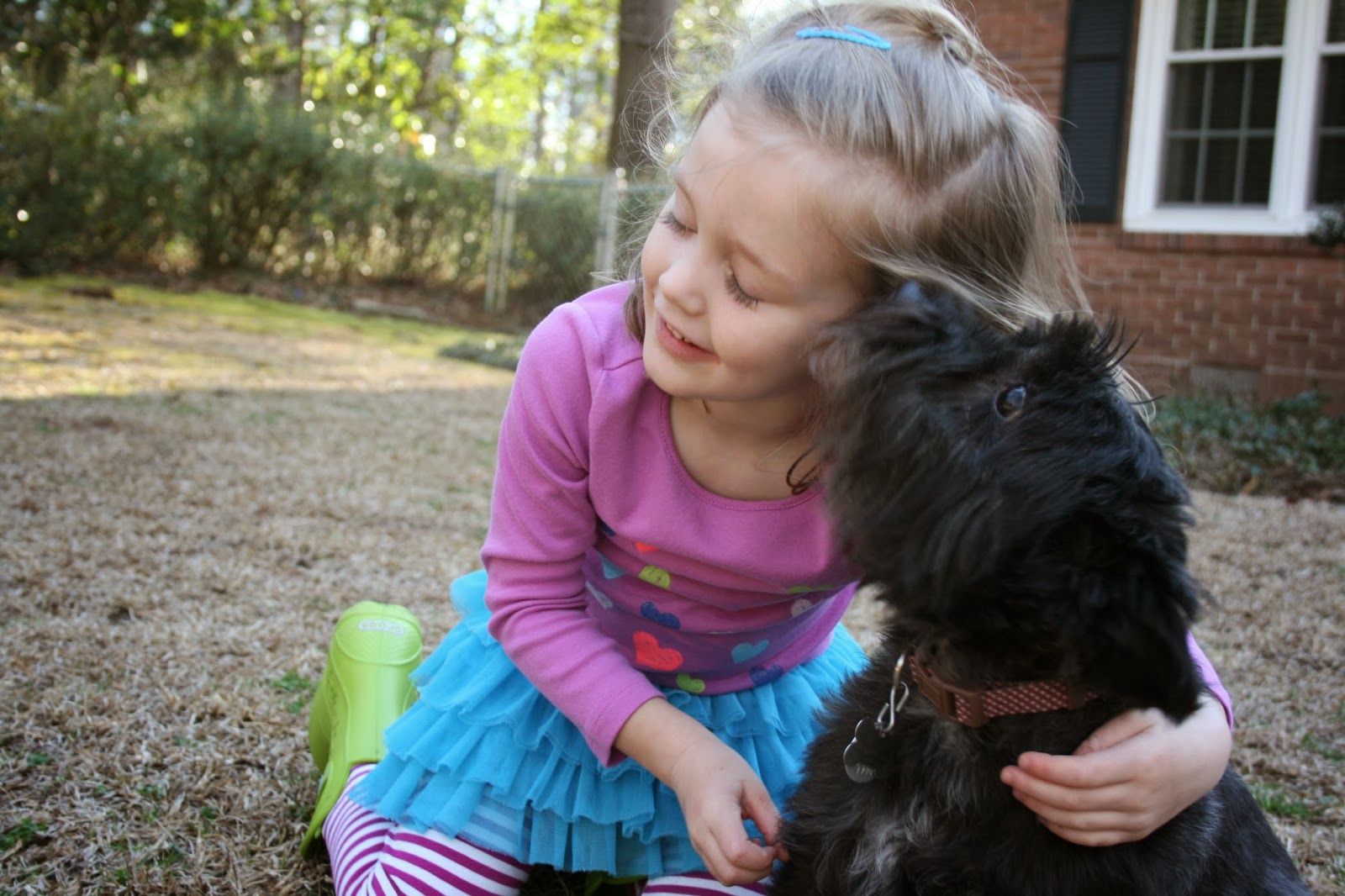 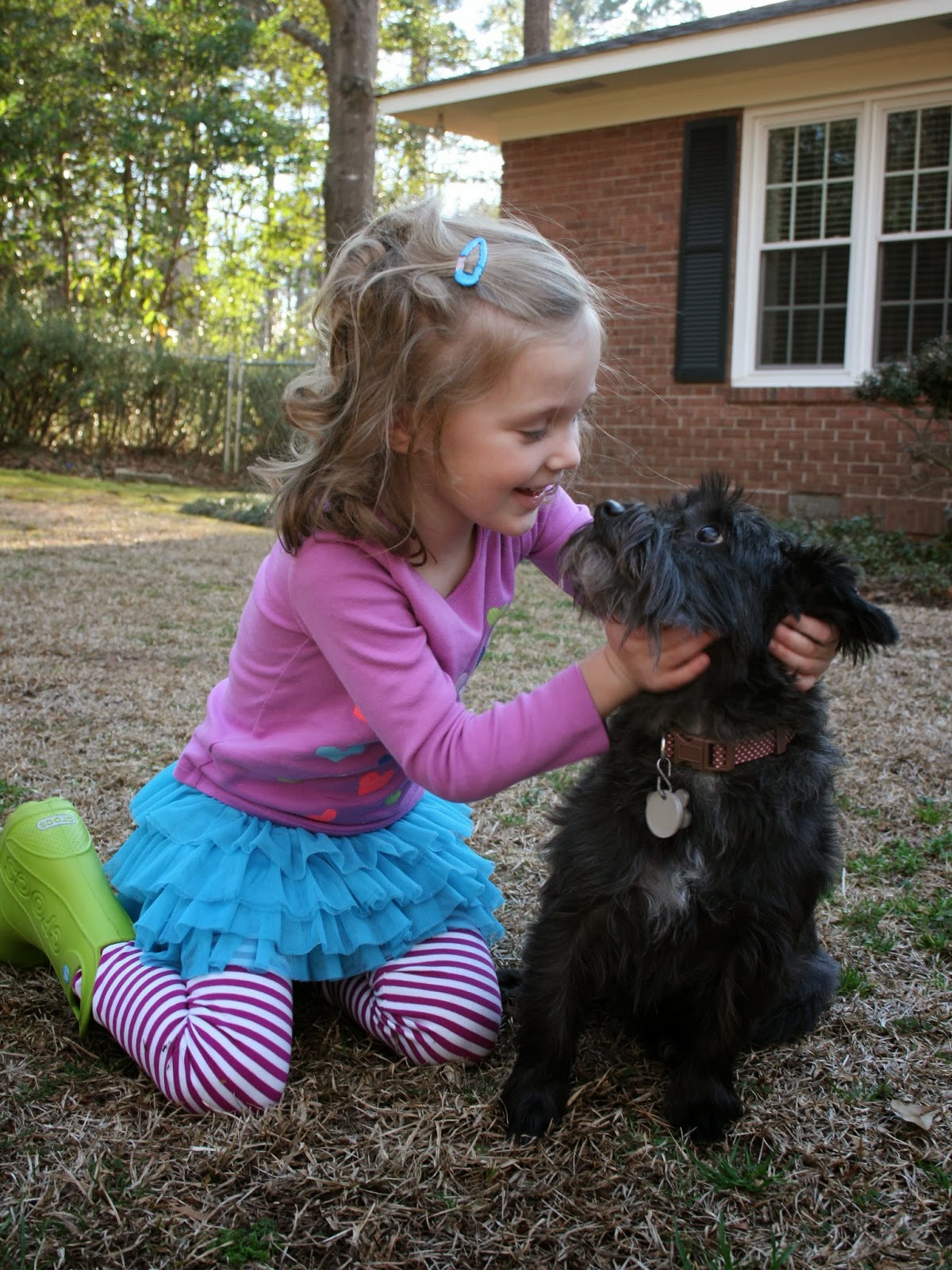 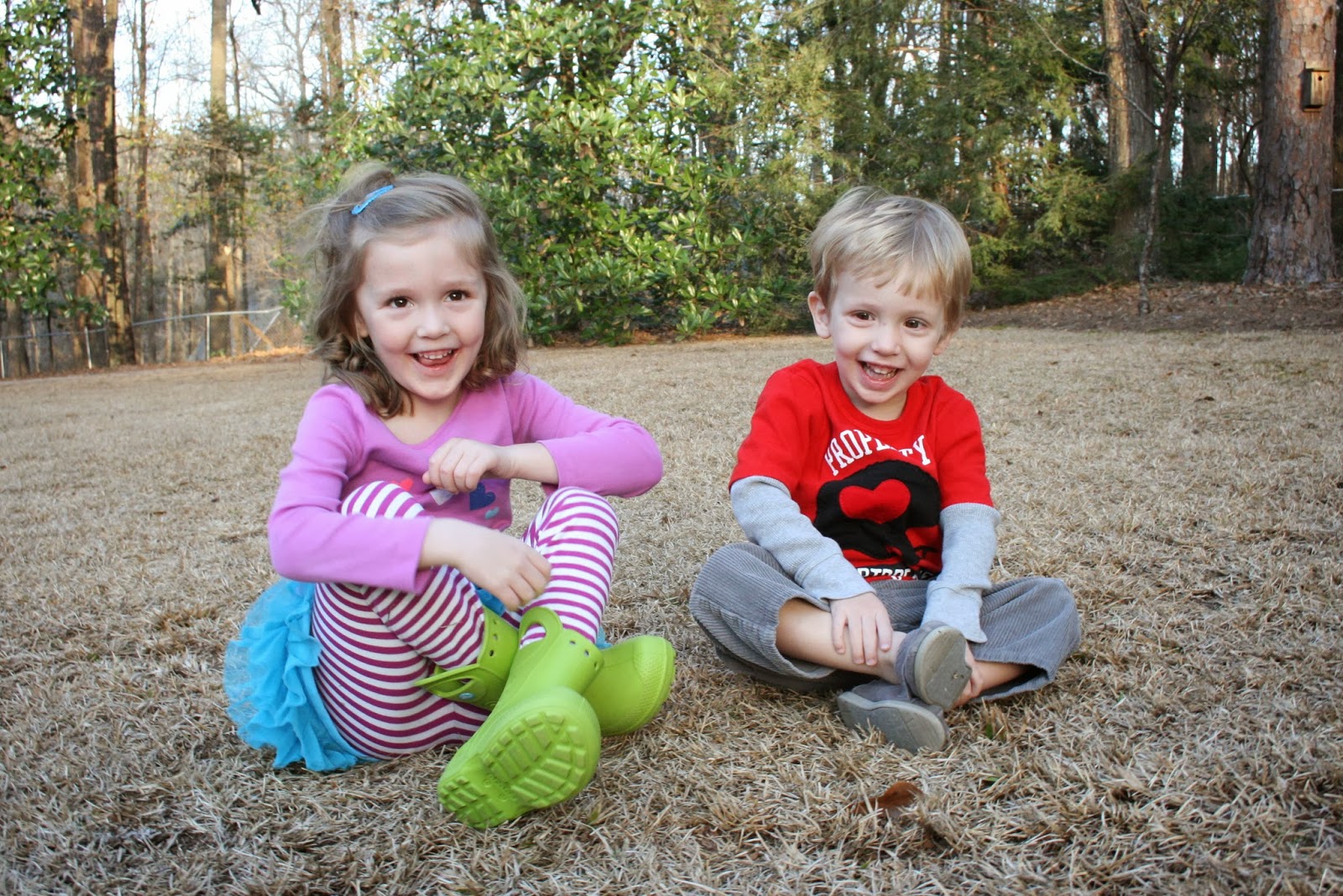 Joseph on the other hand…well, I have about 30 seconds with him. 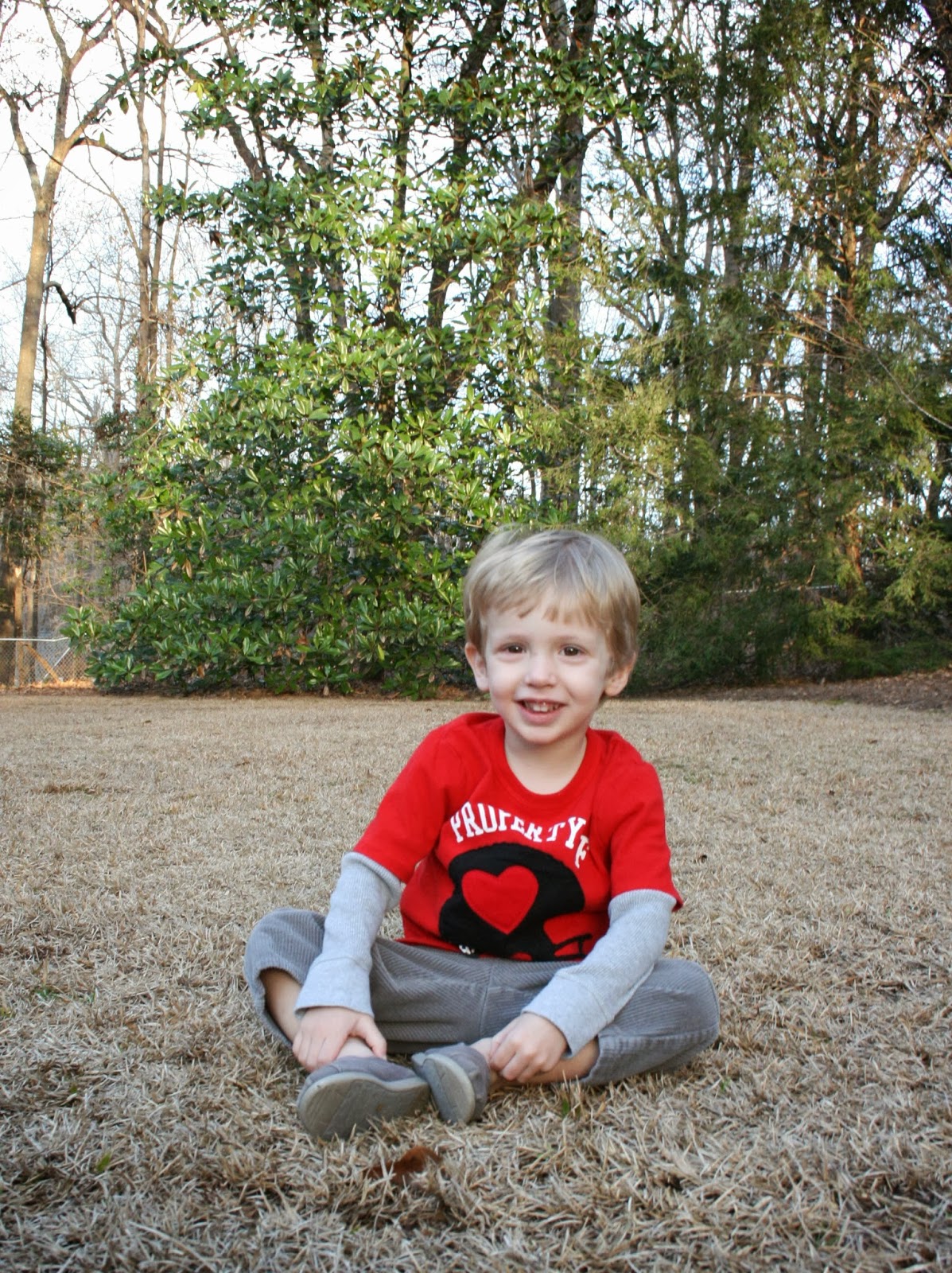 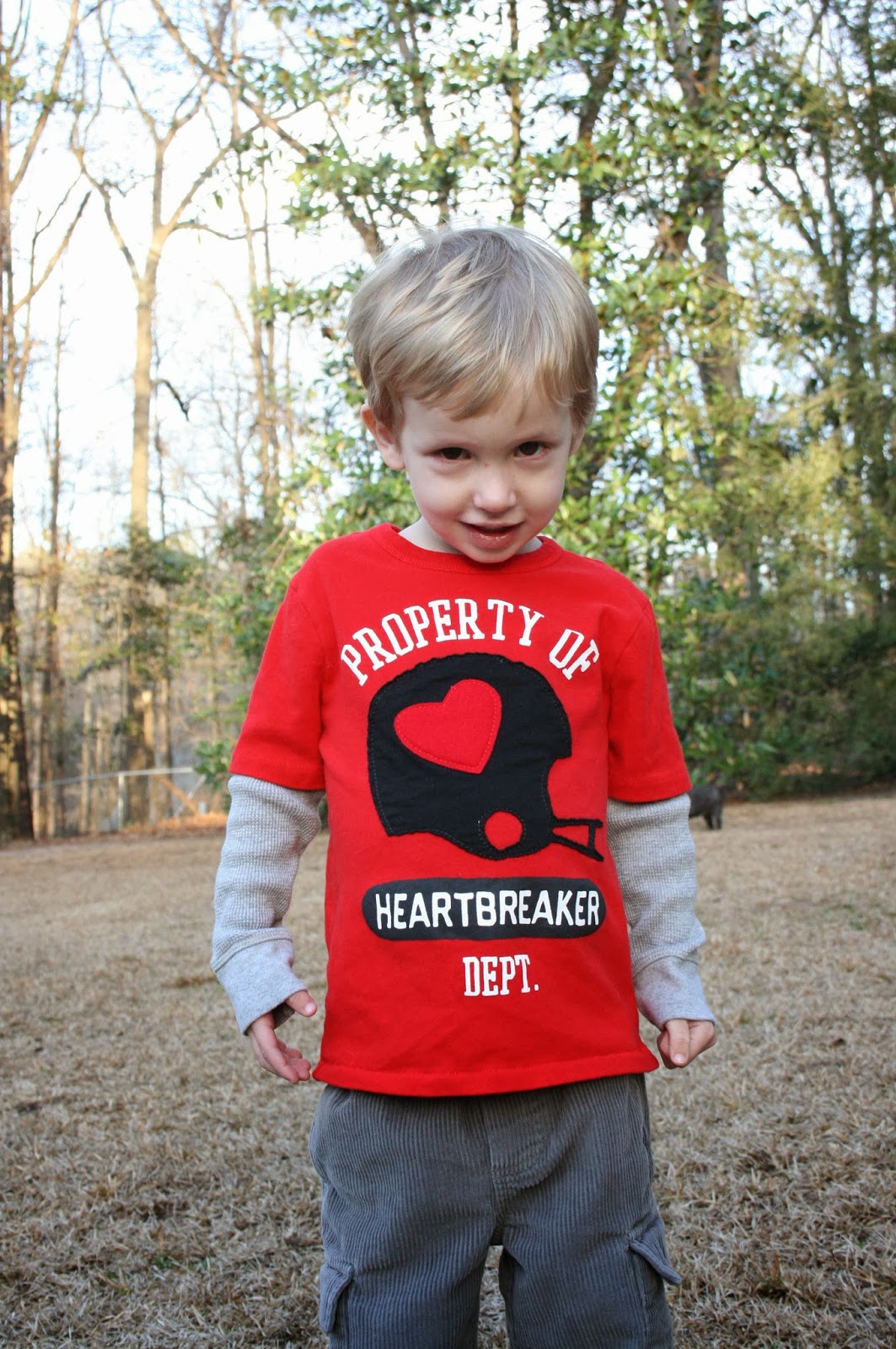 His t-shirt is also from Meme. Heartbreak department…look at him. 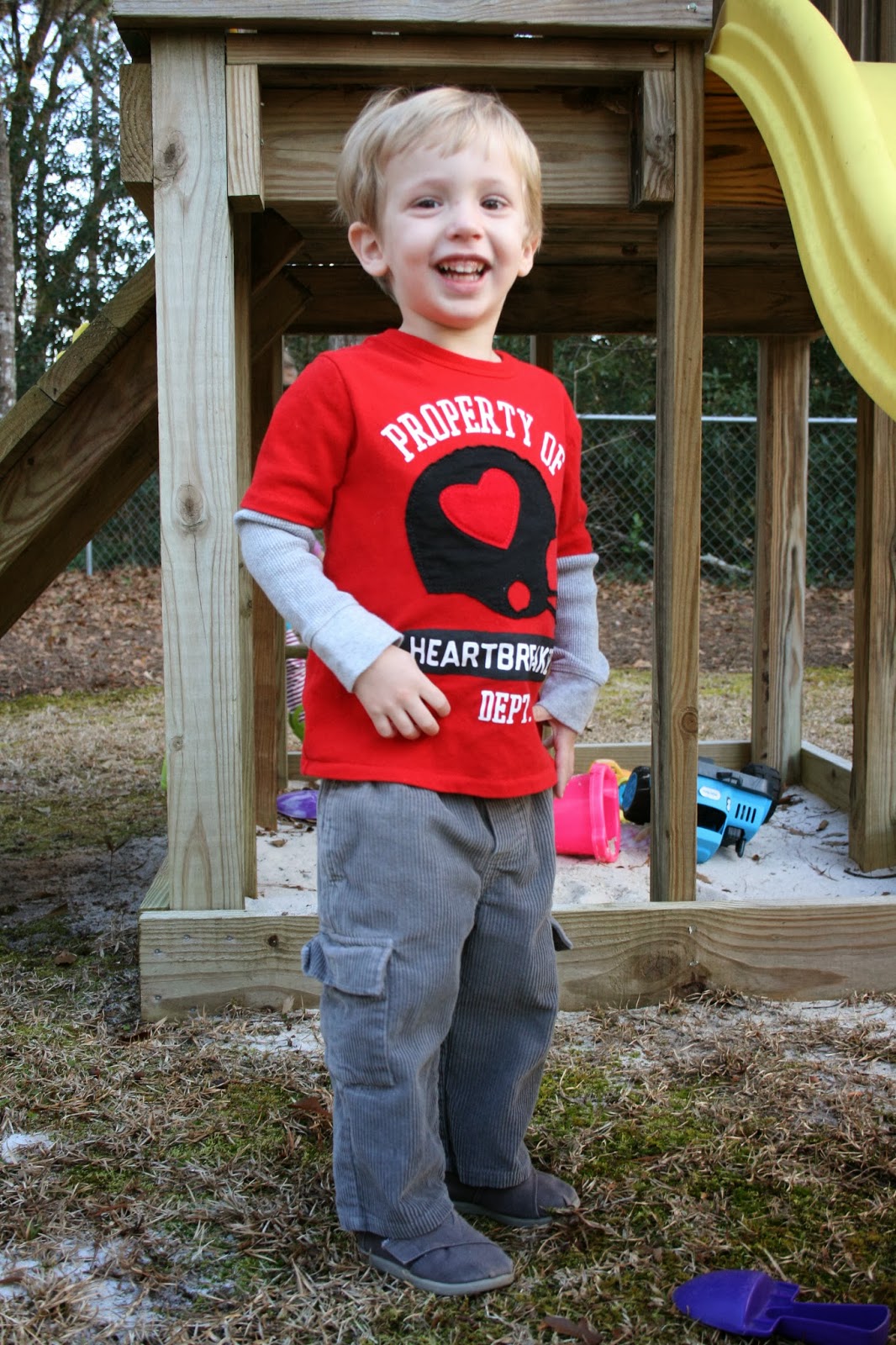 And that was that. I chose two different ones for Hannah, because I couldn’t decide. 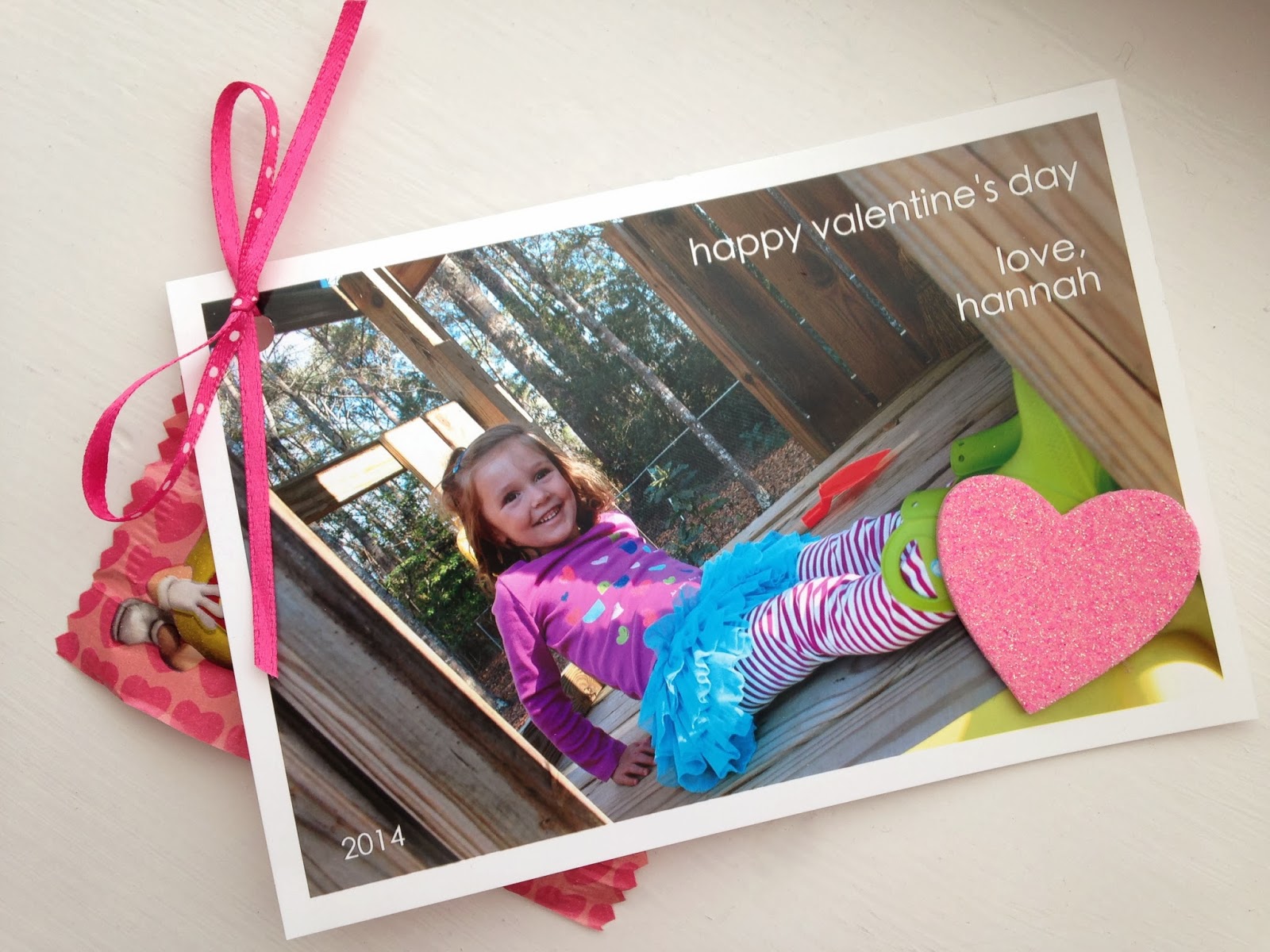 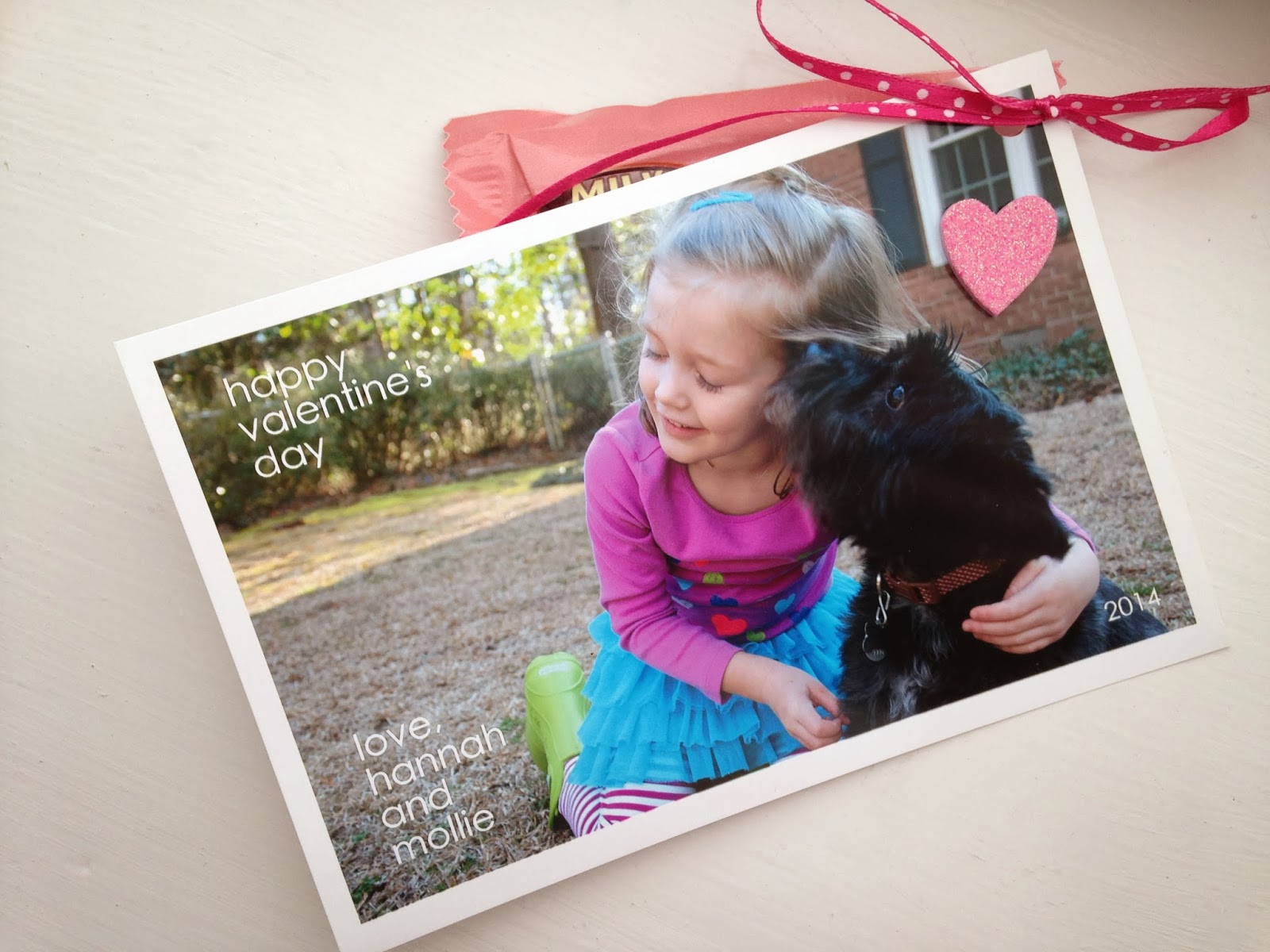 She added the hearts and helped me punch holes. 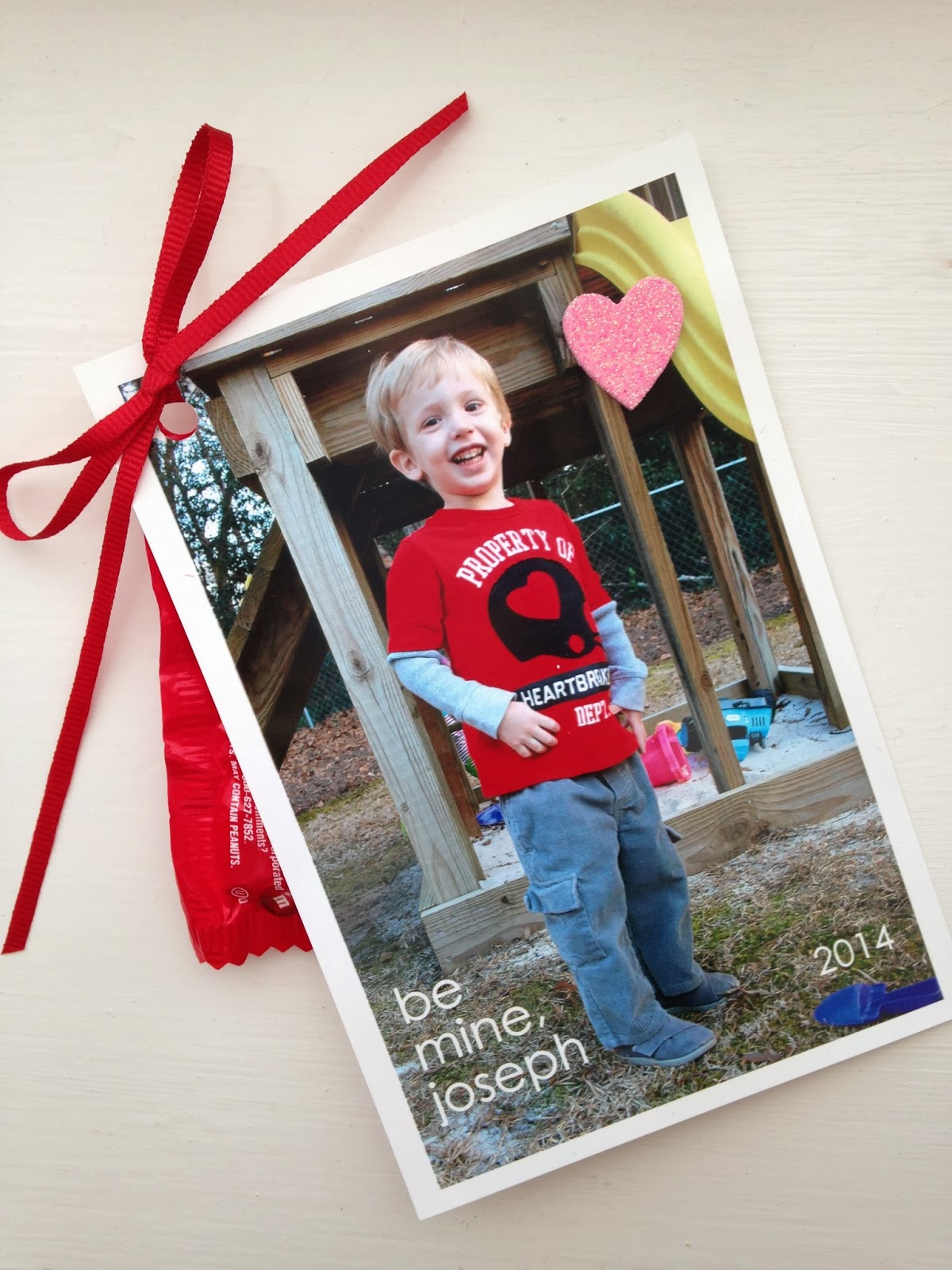 My little boy looks so big in that picture.
Their preschool parties were today, due to school cancellation last week. So this has been an extended Valentine celebration, and with cards and goodies coming in the mail, the kids are happy in the sugar department. Joseph was a ham today… 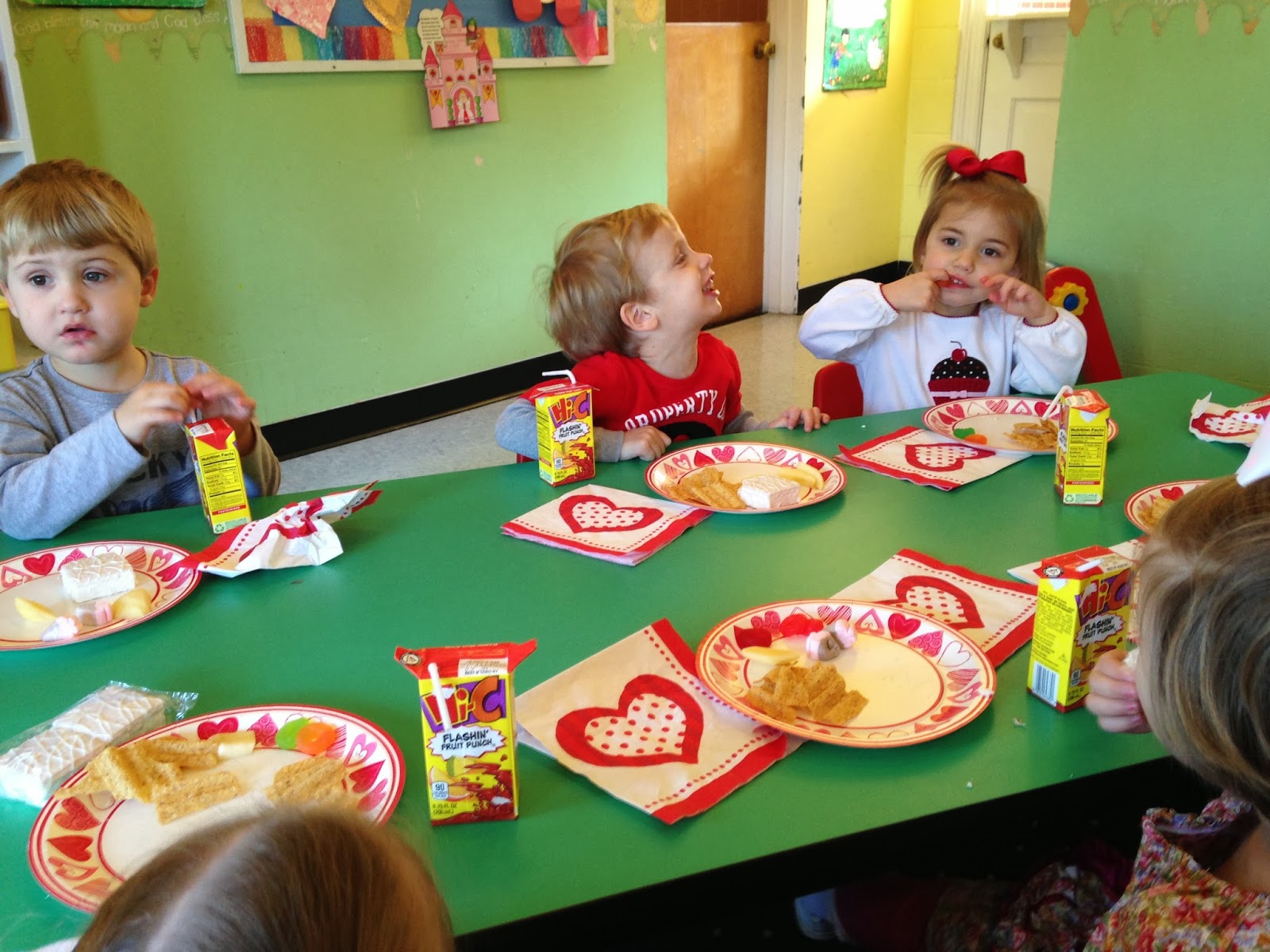 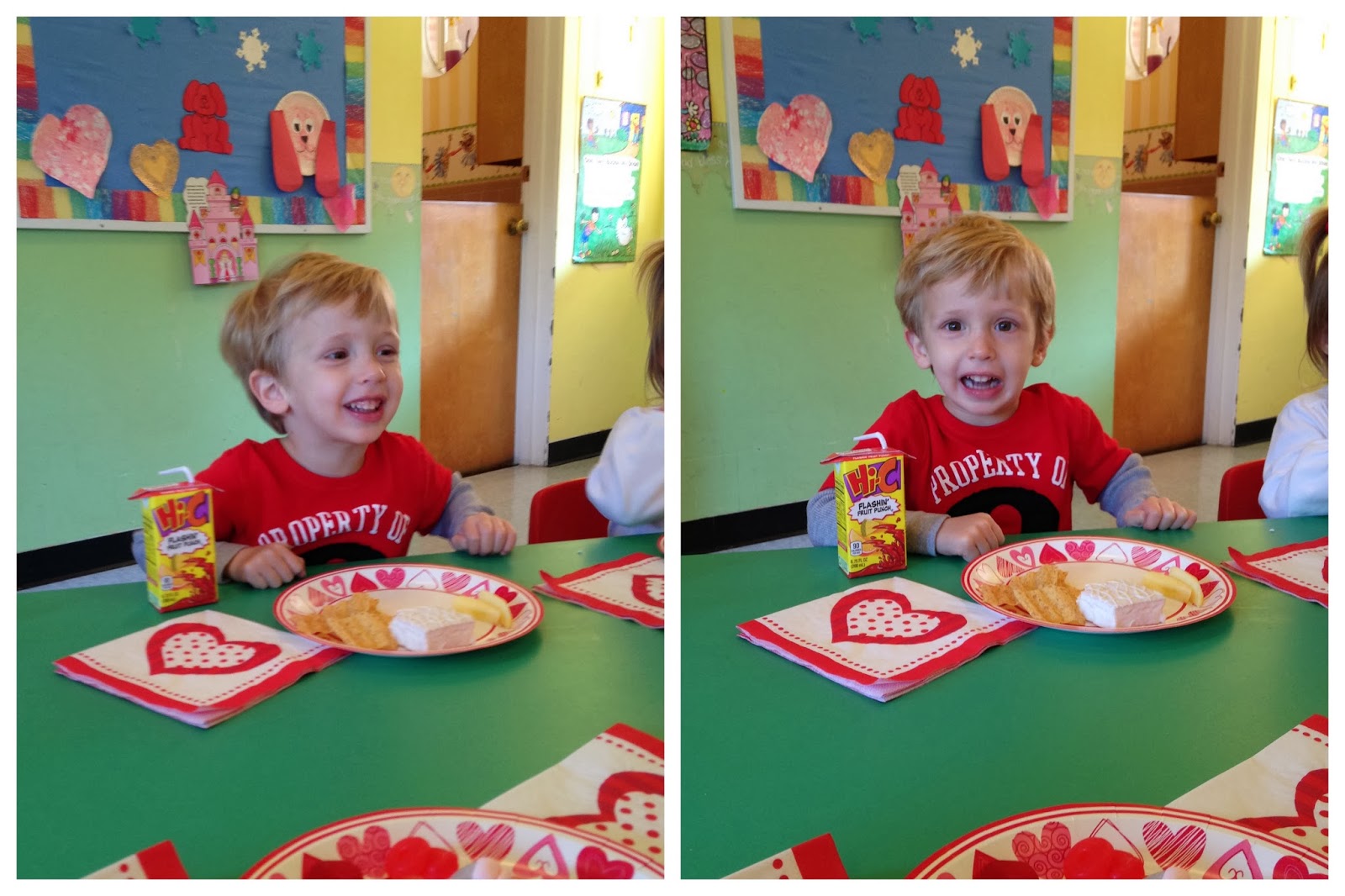 {He is actually singing Deep and Wide in the picture on the right.} 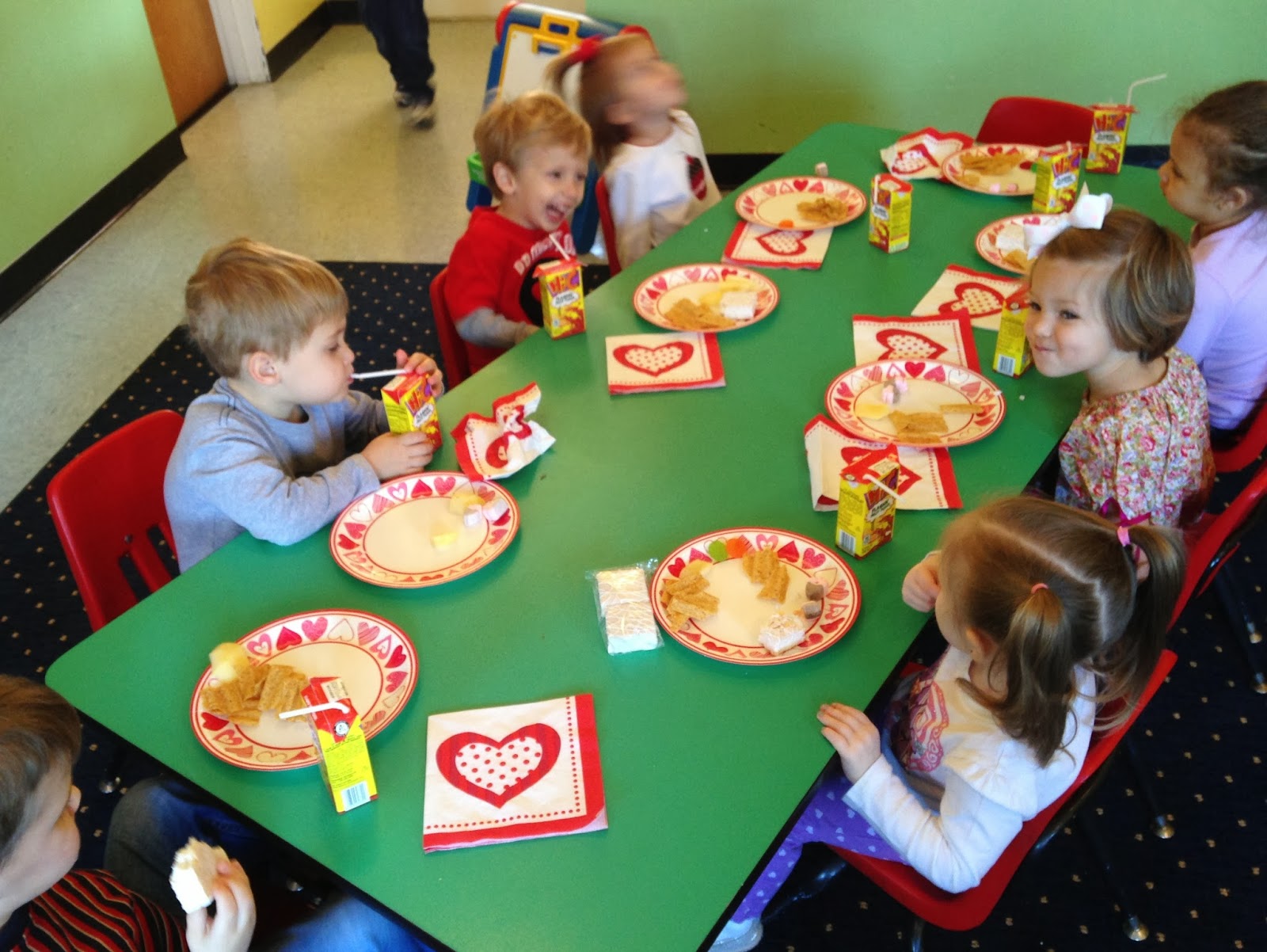 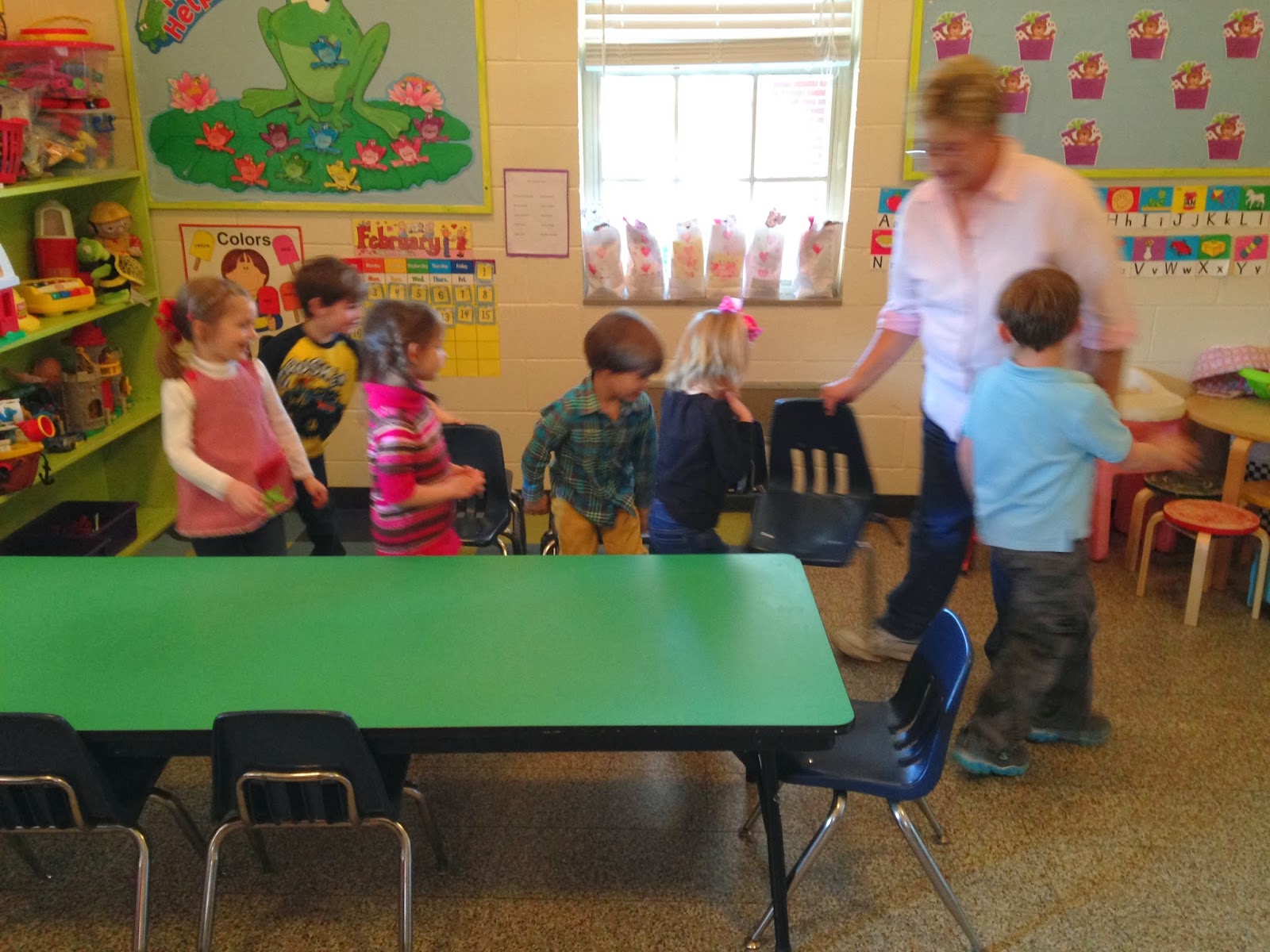 She won, and was pretty happy about that. Joseph handed out his valentines: 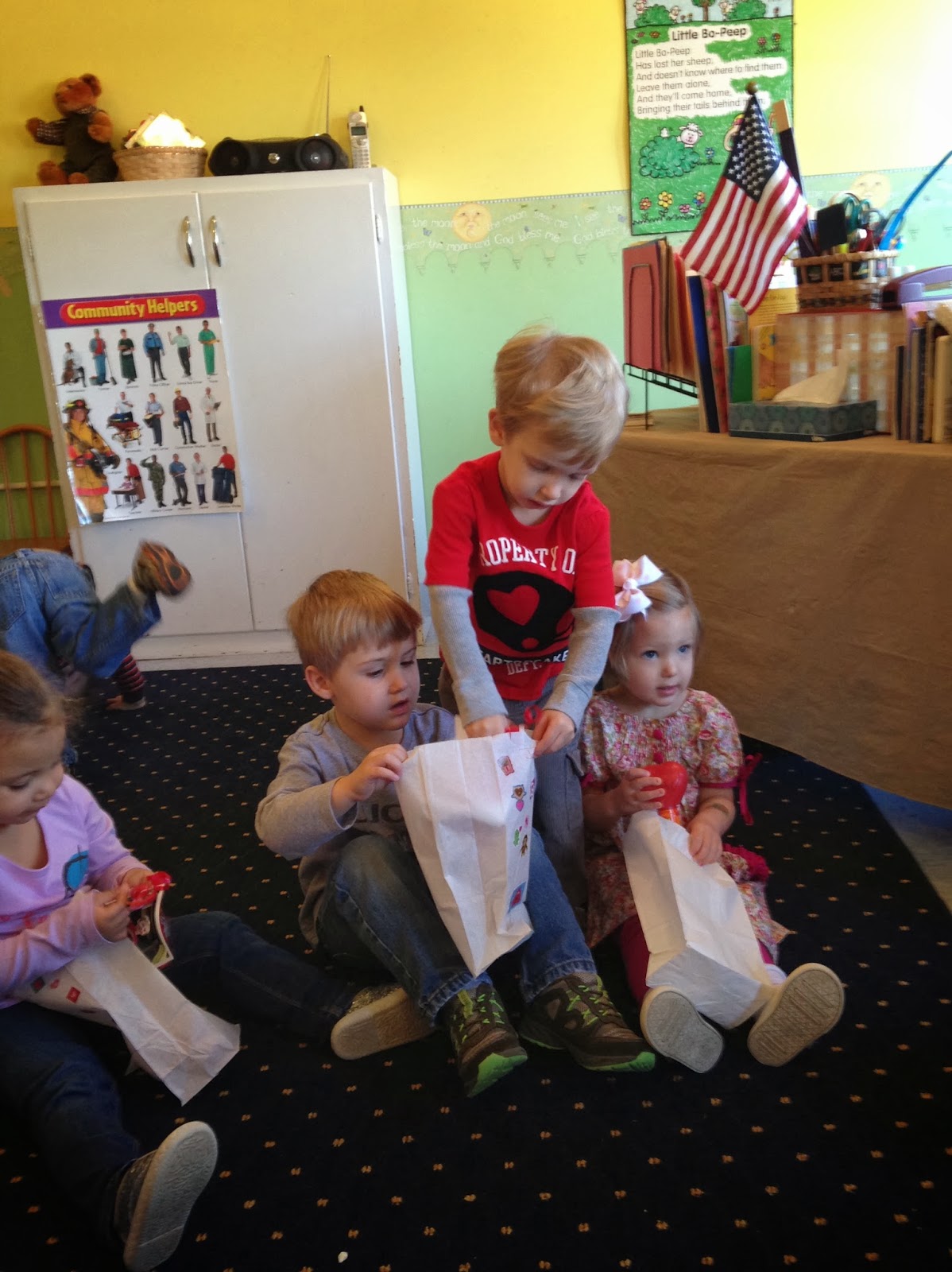 I picked them up at the playground as usual, and, after all the junk they ate, was happy that they were somewhat interested in lunch. 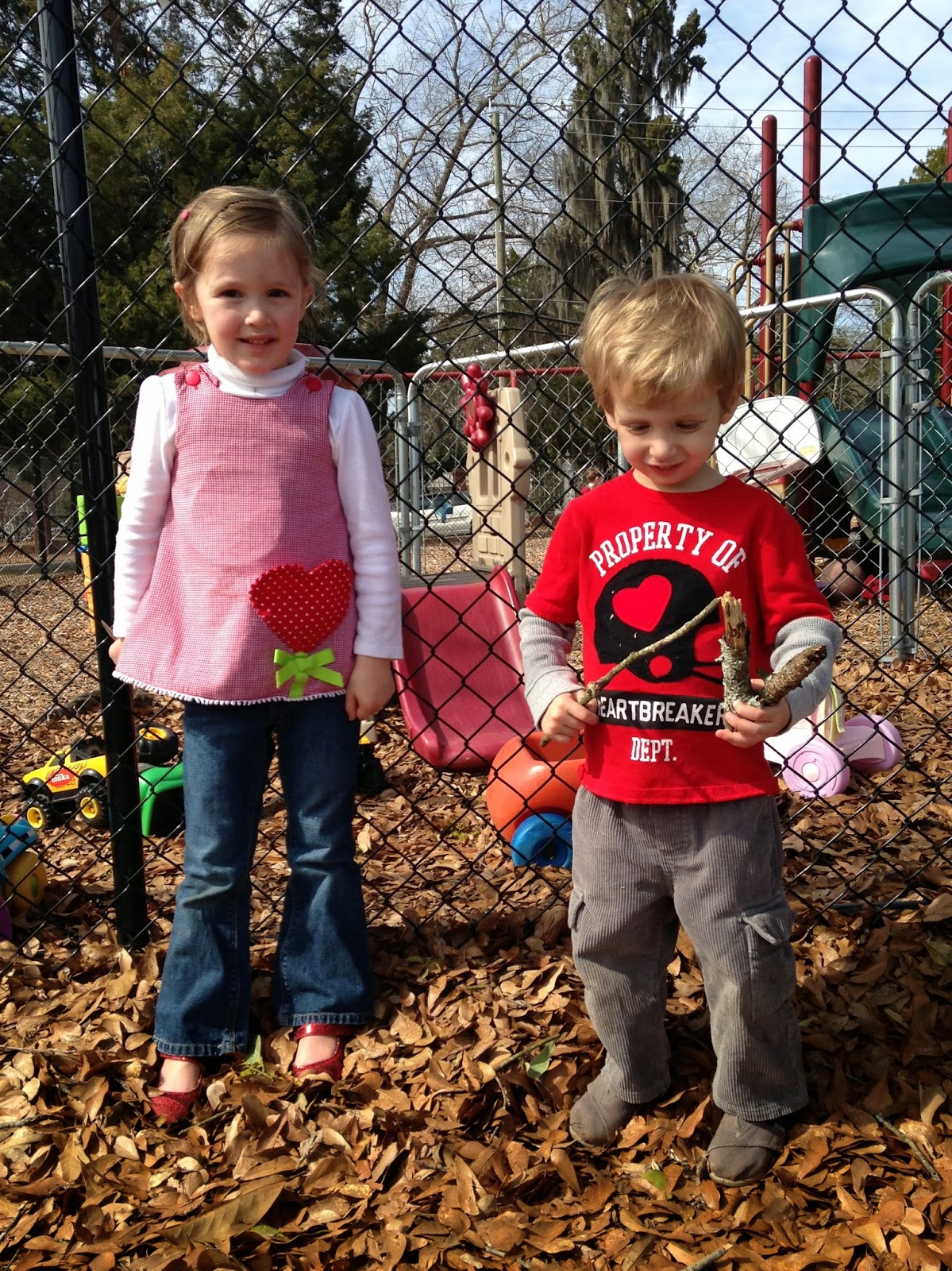 {Joseph had to go to Daddy’s office and show him his sticks first.}
We had a fun time celebrating Valentine’s Day, and while we don’t need an over-commercialized holiday to celebrate love, we sure like the excuse for fun clothes, decorations, chocolate, and preschool parties!