We spent a few days with our friends, Wade and Anna, in Fernandina weekend before last. Joe raced in an olympic/international distance triathlon that Saturday, and the rest of the time we spent hanging out on the beach, dodging rain storms, and eating good food.

After dinner one night… 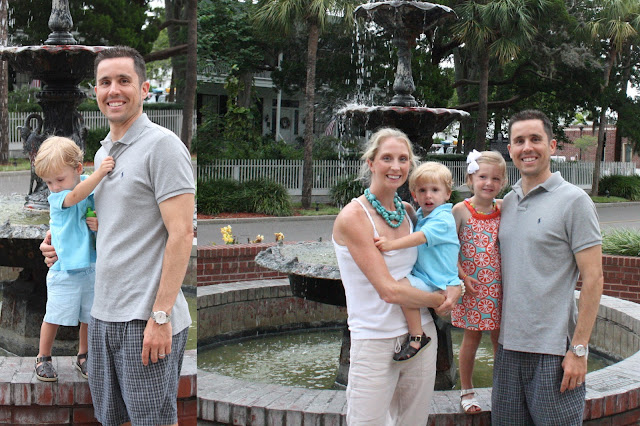 …following a fun day at the beach, despite a little sleep-deprivation.

{Joseph had an adverse reaction to the scopolamine patch our first night and was up all.night.long. So were Joe and I. I took a nap sometime after 6 the next morning, joking that it was my first all-nighter since graduate school. I called his pediatrician, concerned because of his odd behavior. He was wired, playful then panicky, calm then climbing the walls… Hallucinating at times. She’s never had a patient with that kind of reaction to the patch. It was not fun. He crashed in his cereal later that morning. He recovered just fine and we lowered the dose and took precaution the next time. The little guy gets carsick very easily and, because his sister has also been known to get carsick, we have motion-sickness patches on hand.} 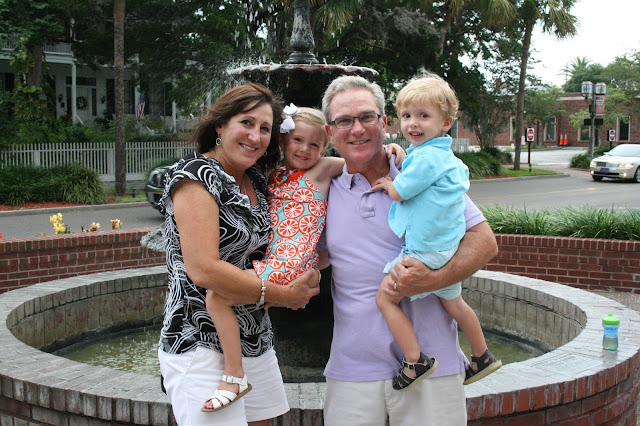 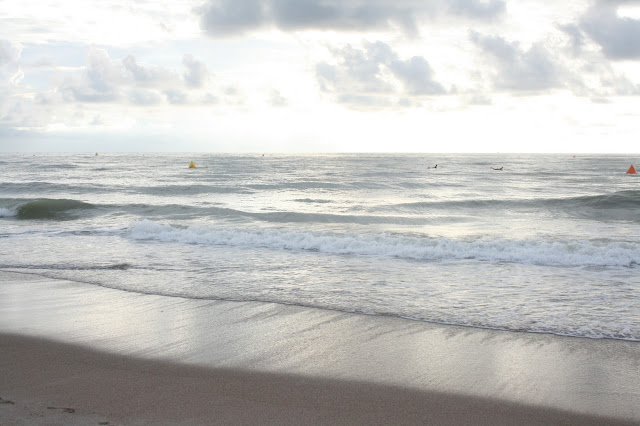 Kids in the stroller, ready to go…and excited? 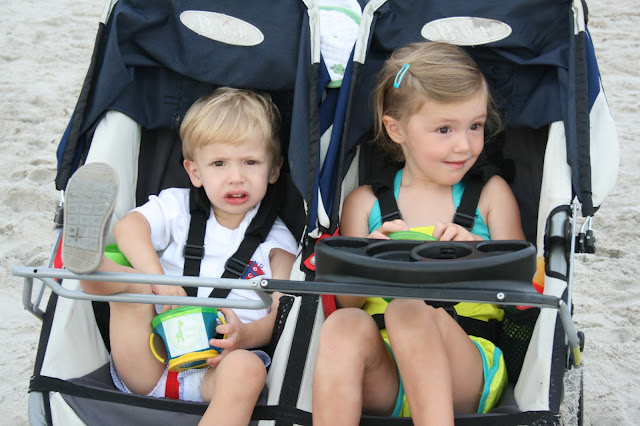 Possibly my favorite picture from the weekend: 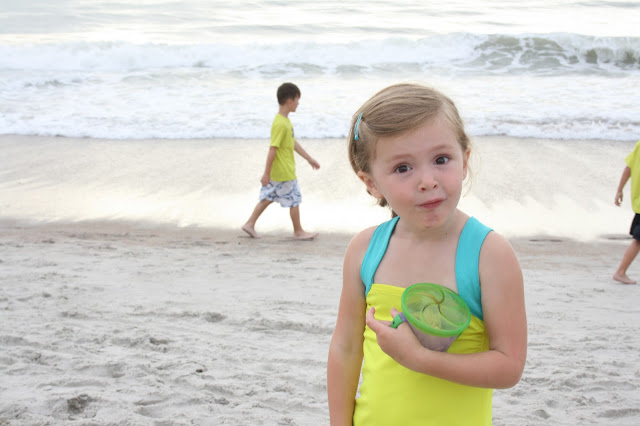 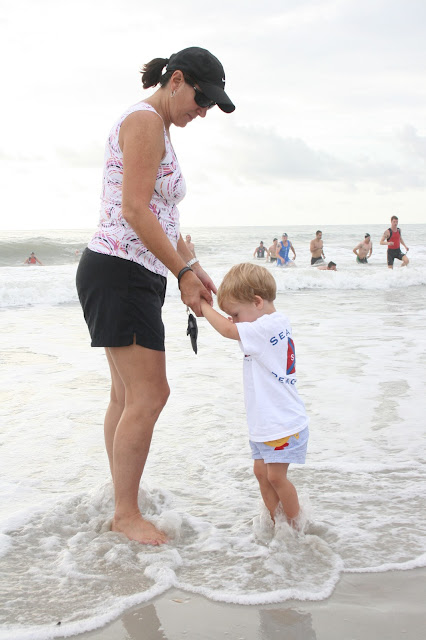 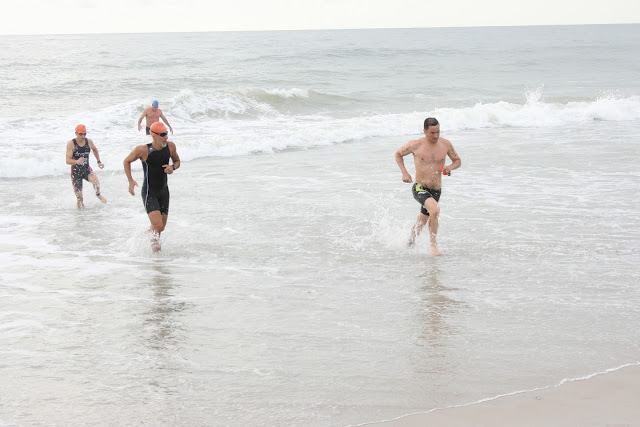 Off on the bike. {We missed him coming out of transition. Apparently it takes him less time to put on bike shoes, helmet, and get on his bike than it does for me to push a stroller up the beach to the transition exit.} 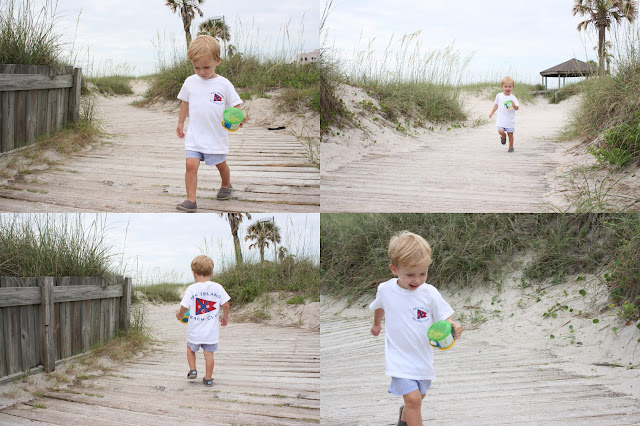 Joseph and I went exploring. Rather, he ran around the dunes while I snapped pictures. He did not like when I put him up high. 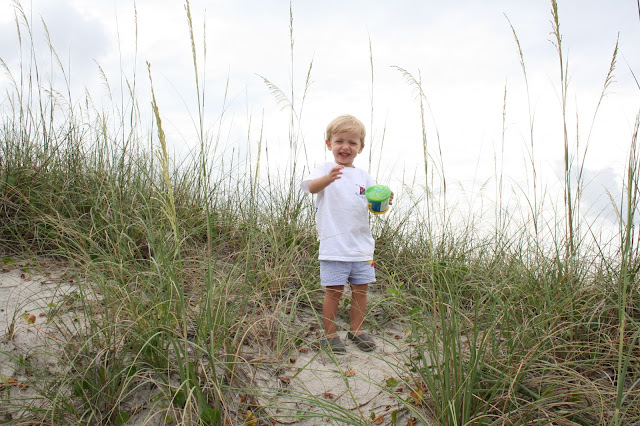 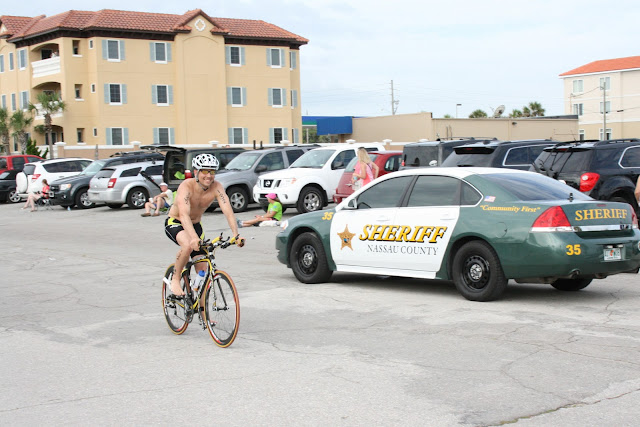 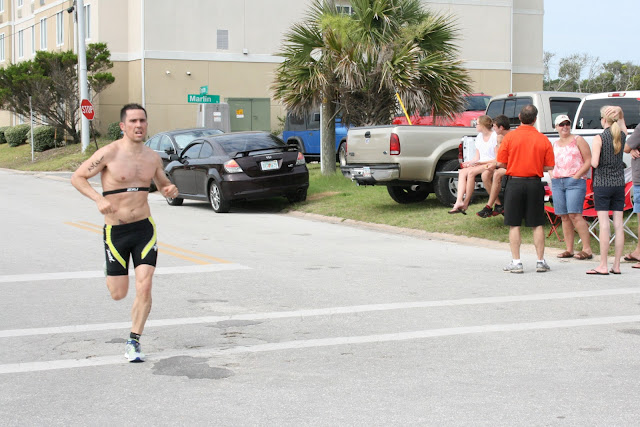 Hannah ran to meet him at the finish line, but Joseph fell asleep on my little run with the kids (during Joe’s run). 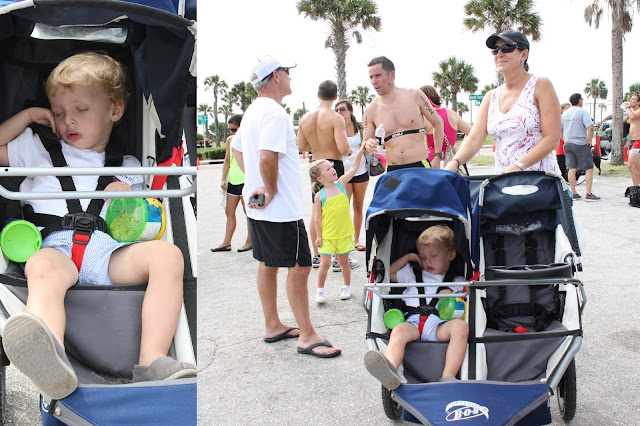 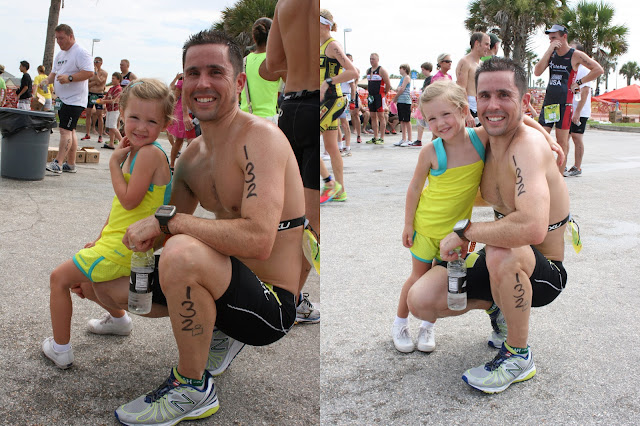 They even hydrate at the same time: 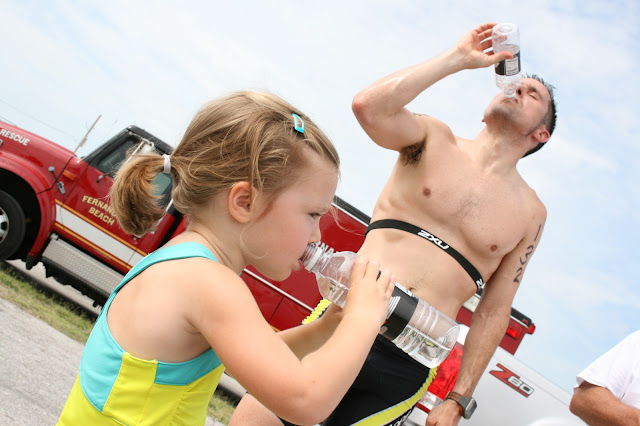 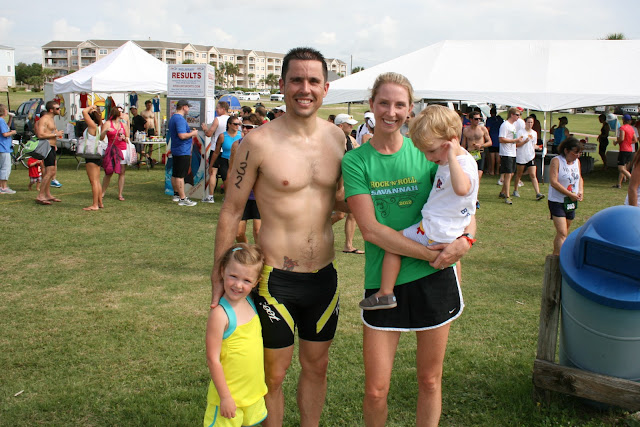 Again with his girl… 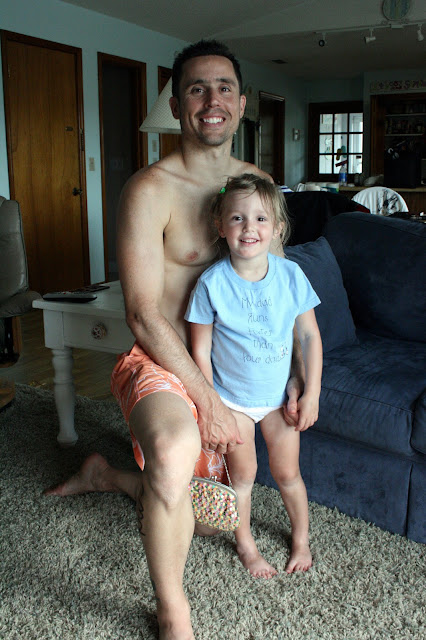 Her t-shirt says, “My dad runs faster than your dad.” As was the case for a lot of the field that day. Joe finished third in his age group (a very competitive and fast age group in the race circuit). Go, Daddy, go! 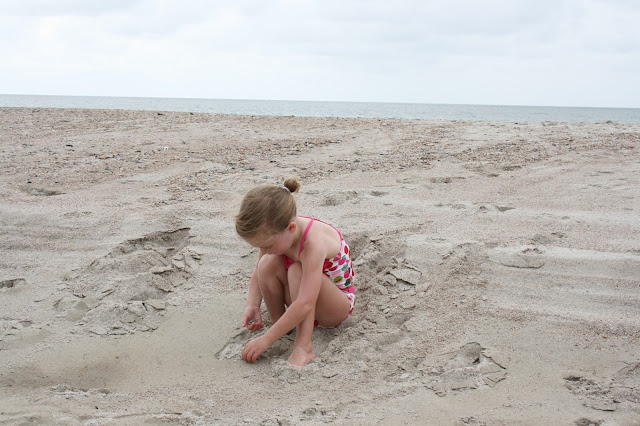 One more day to play! 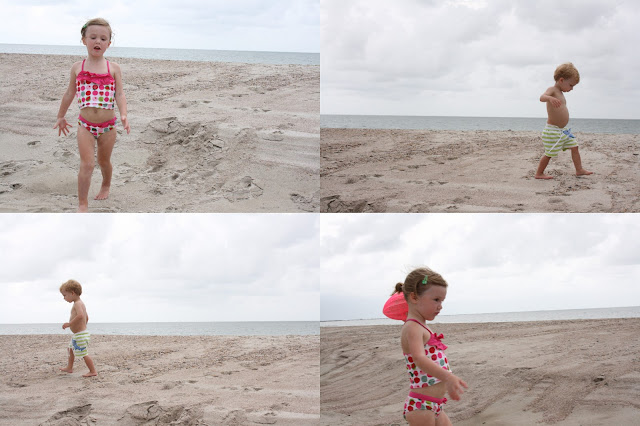 It is a beautiful place. I could move there tomorrow. Thanks friends for a great time!