On Friday, Joseph was seven months old. When I went to take his picture, he was so happy. I couldn’t decide on just one picture to post… 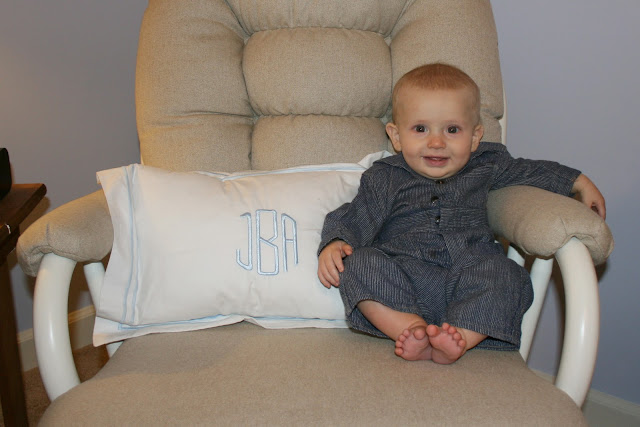 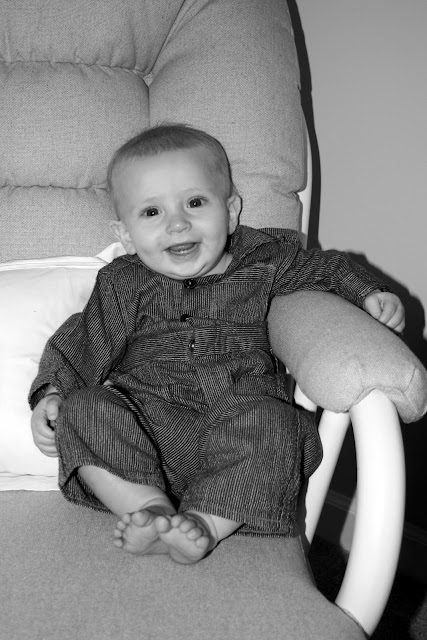 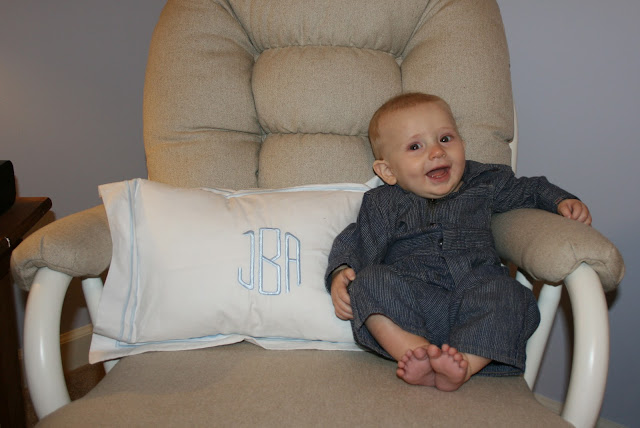 Those coveralls were worn by Joe and his dad, too. 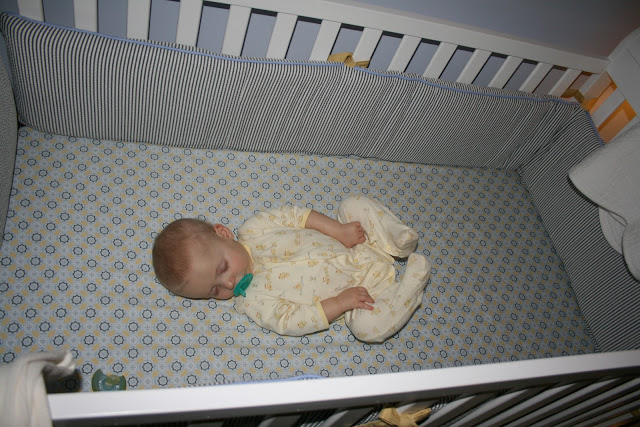 He spent his first night in the crib one week ago today. It was the day we got back in town, having been gone almost a week. I had this crazy idea that it would be a good time to try something new. In my thinking, might as well make the transition when he had spent several nights away from what he was used to anyway. Hesitant to move him to the other end of the house (connected to Hannah’s room by a bathroom) where he might wake up his sister, we kept him in our room in a pack-n-play once he outgrew the bassinet. You could say we got our money’s worth on that bassinet; he stayed in it until both his head and feet touched the ends. We put him to bed at a decent time and he slept 12 hours. Success! Most nights since have been great.

He’s (finally) eating solids. Instead of us having to shove food in his mouth and chase it with a pacifier so it stays in, he’s actually agreeable. So far he’s had prunes, sweet potatoes, apple sauce, carrots, peas and pears. We are whipping up some oatmeal mixtures too. He’s really taken a liking to sweet potatoes. 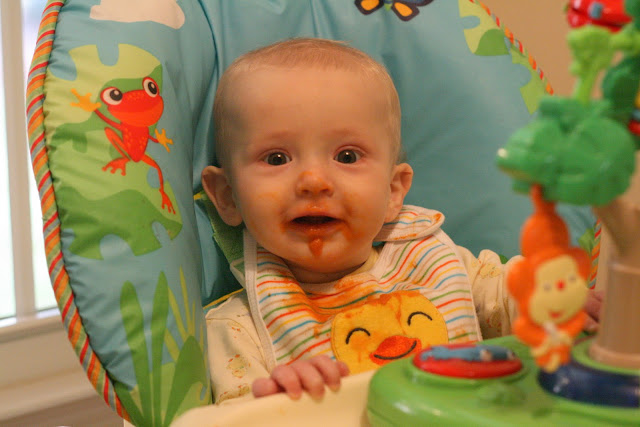 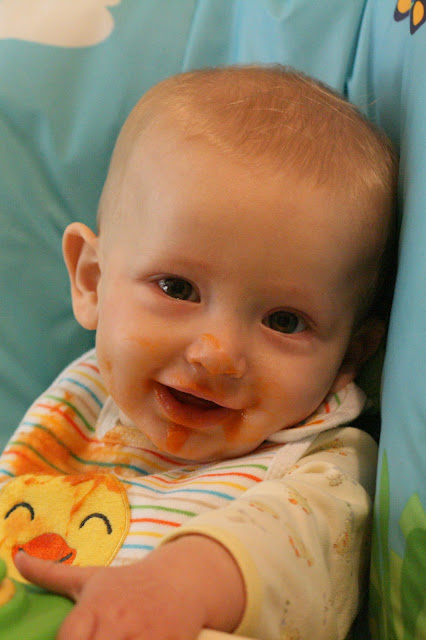 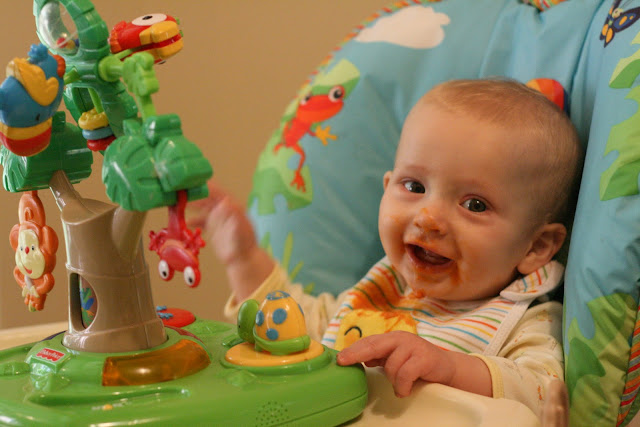 Tuesday was a beautiful day, so we played outside. He’s wearing Hannah’s first Thanksgiving duds. 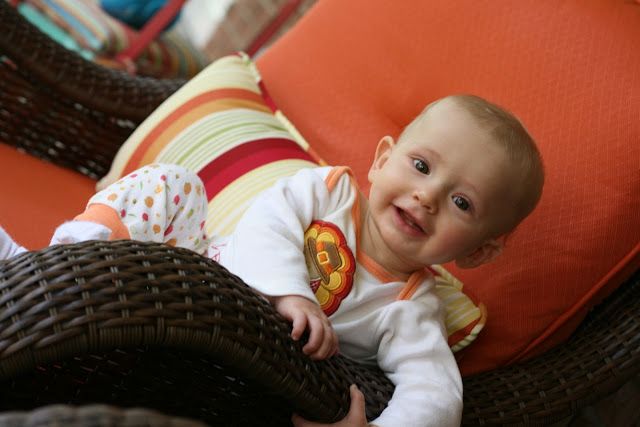 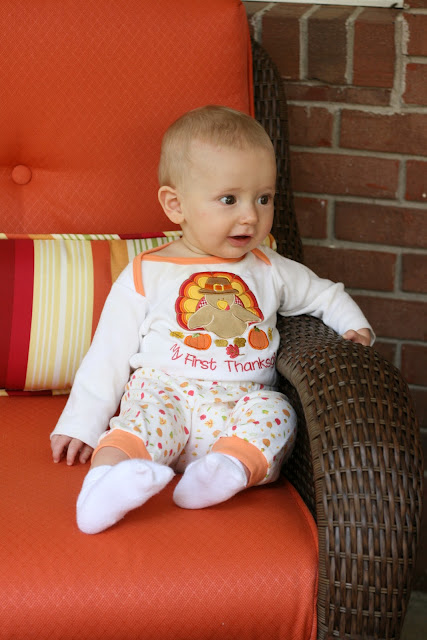 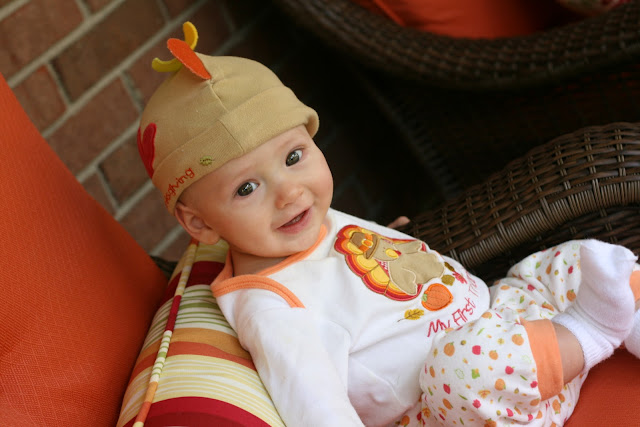 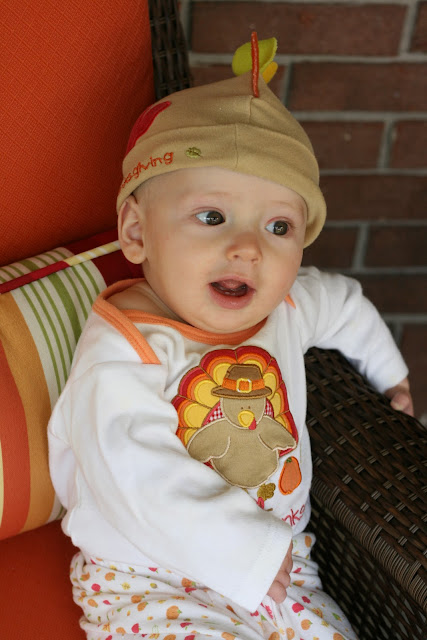 He was talking and laughing the whole time. You know, the way you want them to be when you are paying the photographer.

You are probably thinking that he’s always smiling and happy and we are the luckiest parents in the world. People comment all the time about how good he is. It makes Joe and I laugh. I can assure you that Joseph is not always like this. I can say that he’s happy as long as he’s being held or has your full attention. Even now, I need to go get him from his crib where he has had a miserable attempt at a nap…

But before I go… 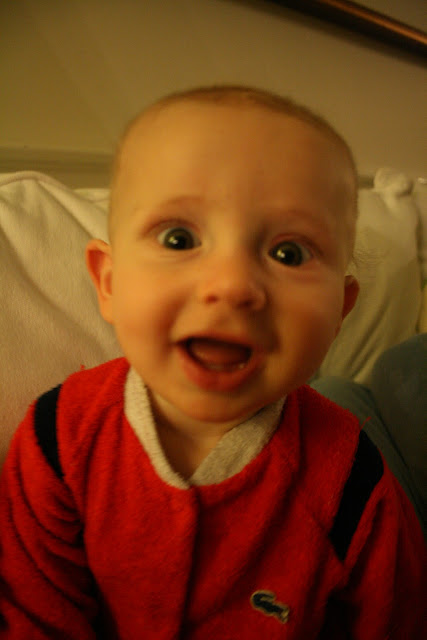 This little outfit belonged to my brother, Ben. My mom found a tote in the attic filled with our old baby clothes. This sleeper fits Joseph perfectly. He’s gotten to wear a few of Uncle Ben’s things, including little ivory leather shoes he wore for the wedding, which my dad wore as well…we’re talking old stuff! 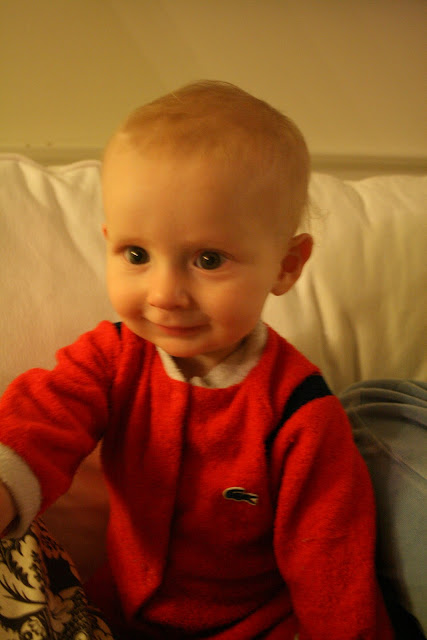 I’m so totally in love with this guy more and more everyday. I give thanks for having him in my life.

{I just realized that in every picture in this post, Joseph is wearing hand-me-downs. He does have his own clothes, bought especially for him, I promise.}