It’s after 10am. I’m finally eating breakfast, drinking a reheated cup of coffee and about to dig into a bowl filled with fresh cantaloupe from our Saturday trip to the local farmer’s market. Joseph is sleeping soundly in his swing and Hurricane Hannah is circling the house leaving a path of destruction in her wake. So how’s this for the perfect time to catch up the blog?

I feel like we’ve been treading water for the past three weeks. In a nutshell: We had our last Sunday at Epworth UMC and said goodbye to our friends there. We’ve packed up our house in Jesup, spent some time in Savannah, and moved into our new house in Sandersville. We’ve had our first two Sundays in our new church, and met lots of nice people. We’ve had Joseph’s two-month appointment, and tried to keep track of Hannah’s ever-growing vocabulary and communication skills. We’ve said goodbye to my Dad, Renee and Andrew who are moving from Savannah to Bellingham, WA. And we went to Greensboro (GA) for a get-together with some ADPi mom friends, husbands, and LOTS of babies. It has been full.

So, for those of you who have better things to do, you might stop reading here. For the rest of you faithful blog readers, here are some of the details. 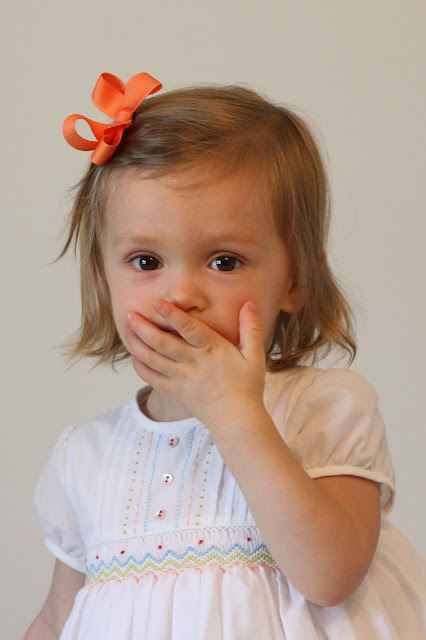 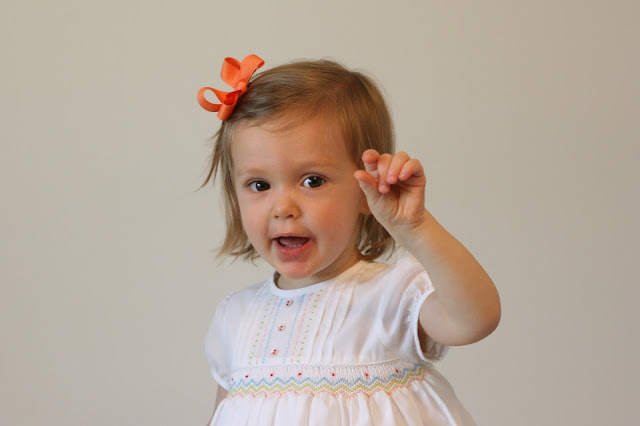 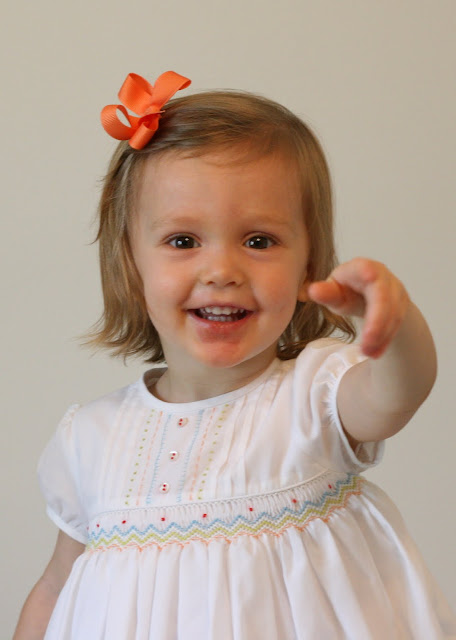 As I was packing boxes, I spent a lot of time thinking about our time in Jesup and at Epworth UMC. While it was not without it’s trials, I am glad we lived there. It was a very full three years for us – and productive ones at that. In that time we went from a couple to a family of four. {I realized that half the time we lived there I was pregnant.} We had Hannah. Joe started and completed his doctoral coursework. Hannah took her first steps and celebrated her first birthday. I turned 30. We had our son. And lifelong friendships grew. Joe and I learned a lot about each other and became closer because of our time there. We made lots of memories and met special people. Leaving was definitely bittersweet.

Thanks to Bob and Carol, to Mary Lou and Dewitt, and to Ms. Margaret (Margi). Hannah, and Joe and I, thank God for you and the way His love has shown through you to us. We will never forget how much you cared for Hannah and for us while we were in Jesup. We so appreciate all the hours of babysitting, especially since Joseph’s birth and while trying to pack up the house. Keep in touch!

Also to Karen and John, our Jesup parents and most definitely family. Thank you. For the dinners and get-togethers. For being so good to Hannah. For supporting us and encouraging us. For driving to Sandersville just to deliver a car load of stuff! We could never repay you for everything you have done for us. You have been like parents the last three years and we love you so much and are so glad that you are a part of our lives. We know with you, there is no goodbye just see ya soon.

On Monday, June 13 the POD was picked up from our house in Jesup. The plan was to load up our cars and head out that afternoon for five days of relaxation in Savannah before the POD would be delivered to our new house the following Saturday. Yeah. Right. Very little went according to plan. Joe and I admit that we grossly underestimated the amount of stuff we had (even with all we gave away and got rid of), the time it would take to completely move out and clean the old house, and most importantly juggling it all with two small children. {I now have tremendous admiration for families that move with youngins.} Even with all the babysitting help we had with Hannah that last week in Jesup, I was hard pressed trying to pack boxes and get organized while Joe was at work in the few hours Hannah would be gone. I guess I didn’t consider the stopping every few hours to nurse the baby and all the diaper changes, swaddling, and calming time. Hours would just tick away and I would feel more and more overwhelmed with so much left to do. We worked like dogs and gratefully accepted the packing help from my mom, and loading help from my brothers. Ben and Will – no amount of moldy cupcakes could rightly communicate our thanks. {No really, sorry for that. We honestly didn’t think they’d gone bad in so short a time.} Thank you so much for coming down to help us.

Monday night came and it was clear there was no way we were making it to Savannah that day. It was almost 10pm. We hadn’t eaten anything in a while and were still loading cars. Aunt Karen and Uncle John had Hannah the entire day. Joseph cried almost the entire day. {I can’t blame him. He spent the better part of three days in his swing.} And me, well I came an inch away from a nervous breakdown. Joe was trying to keep me sane. Mom kept calling to check progress, and I kept having to push back ETA. We ended up having to pack John and Karen’s SUV too and spent the night at their house. Tuesday morning, we got up and I rushed to Savannah with the kids, leaving Jesup in my rear view, so that I could be at a graduation party for my niece and nephew. I was exhausted, sore, and completely not myself. But at least I was there, and thanks to my mom laying out non-wrinkled clothes for the kids and help waiting for me there (thanks Will and Katie), I made it in time. Also that day I had a much-needed hair appointment and a deep tissue massage (booked well in advance and so awesome). After all that, I felt like a new person, only needing a good night of sleep.

The rest of our time in Savannah flew by in a flurry of activity, and a bit of a stomach bug. Whatever happened to the five days of relaxation? We had errands to run and things to take care of. But Mom and I did make time for a little pampering with pedicures and facials.

Saturday morning we set off for our new home – Joe in one car, Mom, cousins Maddie and Emma, and dogs in another car, and Hannah, Joseph, and me in the third. Here’s where the story gets fun. The POD was scheduled to arrive that afternoon. They called with an ETA of 1:30. They arrived at 2, with an empty POD. Yes, as in not our POD. The church had lined up people to help us unload and we had no POD to unload. Strike one. The driver told me he had to go back to Macon and get ours (about a 3-hour round trip), saying he would be back by 5. At 5:30 we had people back at the house to unload, and I called to find that he hadn’t even left Macon yet. Two strikes. It was after 7 by the time it arrived and our help had come, gone, and come back. Despite my very-unhappy-customer phone call to PODS, they barely acknowledged our situation with an apology. Strike three. The customer service rep was unhelpful and rude and even after talking to a supervisor, they would not do anything for the inconvenience they caused us. {I was not looking for a reimbursement, but something was definitely in order.} I might have taken what one church friend called “my preacher’s wife hat” off. Joe had his first Sunday at his new church the next day, it was Saturday night of Father’s Day weekend with several fathers taking time away from their families to help us, and a storm was rolling in. Let it be known: we will not be using PODS again nor recommend them to anyone else. {This reminds me of the letter I need to write.} We got most of the POD unloaded before the rain got bad enough we had to stop. The rest would wait until Monday. A big thank-you to Wade and Anna, Jeffery, Brian, Eric, Jennifer and Joel, and Jeremy for their help.
Sunday was a great day. Sandersville UMC is a spirit-filled place and the music was amazing. Joe preached a really good sermon and we met lots of nice people. Our family from Scaly Mountain, NC drove down to join us for church, lunch, and some help unpacking. It meant a lot to us having them here. In the afternoon, Joe and I took the kids and went over to a friend’s house for pool time and grilled steaks. Beautiful day.

{I have to stop here for now. It has taken me three and a half hours to write that with all the interruptions. Mouths to feed and all…Part two (and pictures) to come later.}