…and this little guy 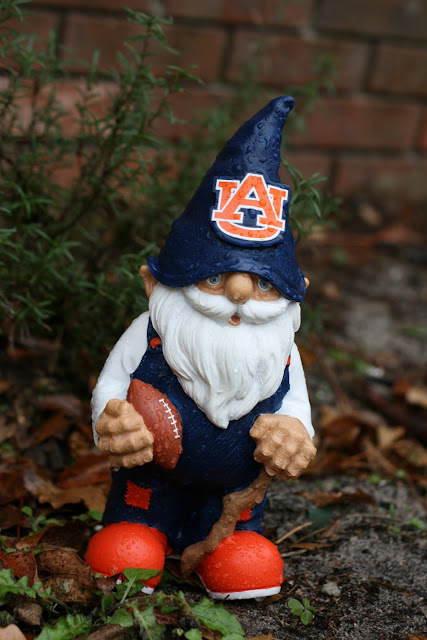 Joe left yesterday afternoon for Kentucky. After lots of delays, flight and even airport changes (he drove to Jacksonville for a better chance at making it to Atlanta), and running to make his connection, he made it to Lexington sometime between 12 and 1am, and Wilmore an hour later. I was a nervous pregnant woman anxious to hear from him with the weather forecast the way it was.  I was relieved when he called.
Hannah was unbelievably fussy yesterday. All day. One of the those days when I question my decision about having another one. Then last night she fell backwards off her little me-size chair and hit her face on her Leap Frog table. Hard. I thought we might have had a broken nose. It was awful.
So Joe’s in school at Asbury working on his doctorate. He goes up there for class in January and July. He has lots of work to do beforehand, and in January that means he’s overwhelmed with work right during the holidays. Not fun. The work while he’s there is intense and we don’t get to talk much. He’s in class all day and then has work to do at nights. 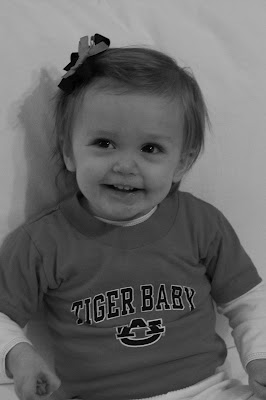 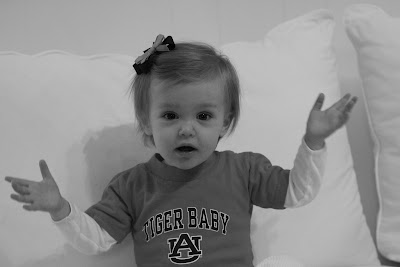 So what’s unfair? The fact that his beloved Auburn Tigers are in the BCS National Championship tonight. Not only is he not here at home with us to watch it (where he rather be than anywhere except at the game itself), but he doesn’t have a tv where he’s staying. And what’s worse: his class today goes from 1-9pm. So, if they get out on time, and if he can find a tv to watch it on, then he’ll only miss pre-game coverage and the first quarter of the game. I hate it for him. But I’ve got it set to record so he can watch later. 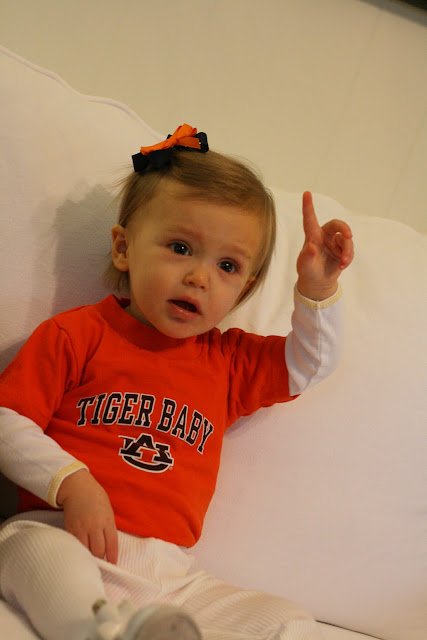 Yes, Hannah, we’re #1.
Did you know that tickets to this year’s national championship were harder to come by than Superbowls for the past 20 years? For real. We couldn’t believe it when we heard that on ESPN. 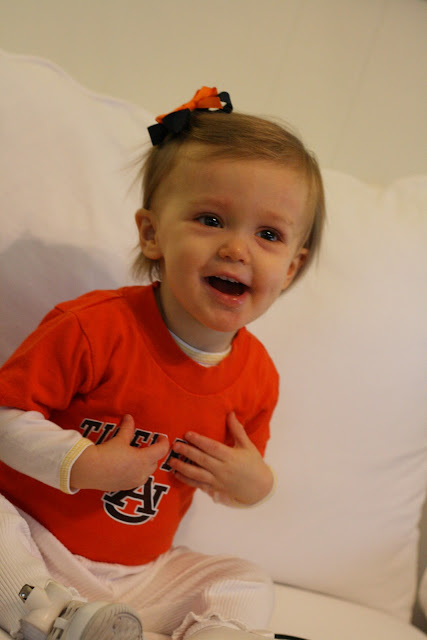 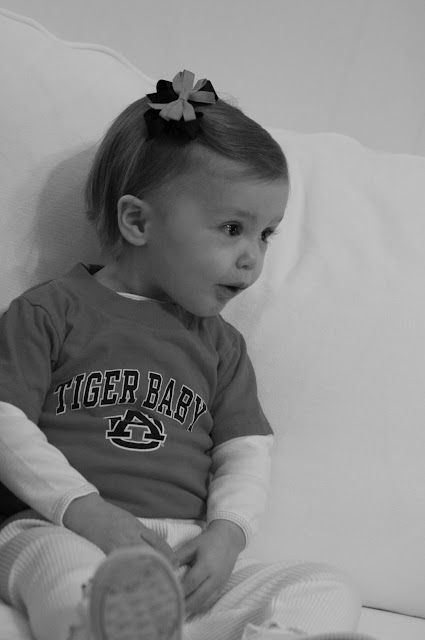 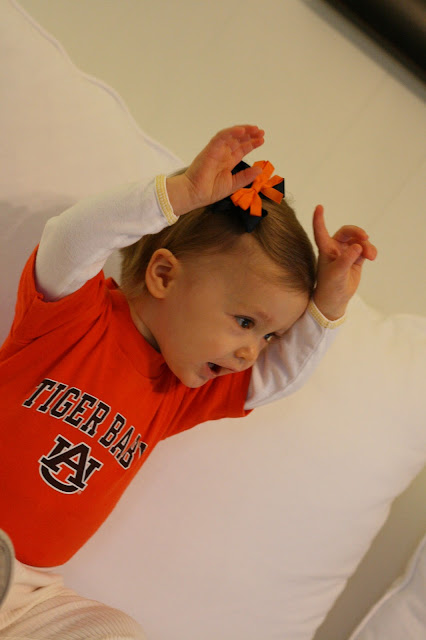 Do you think my daughter has any personality? 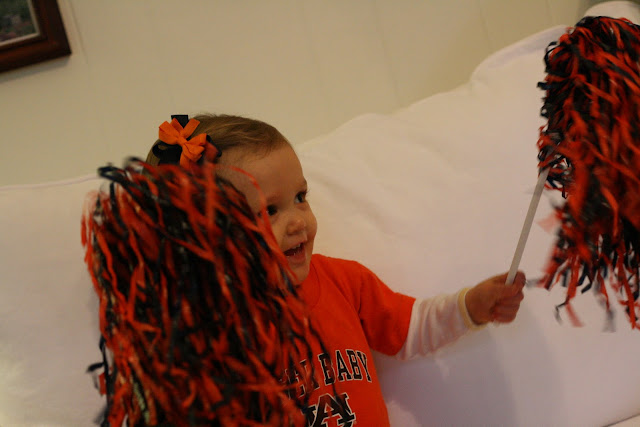 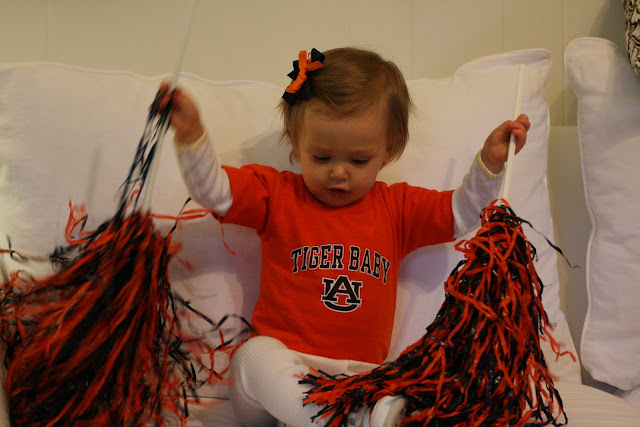 #1 Auburn vs. #2 Oregon. I’m looking forward to a great game. War Eagle!
ps – I couldn’t decide which pictures to post, and I thought this would make Daddy feel like he was here watching pre-game coverage with us.