On Memorial Day we were in Macon for the Chic-Fil-A Connect Race Series 10K, 5K, and 1-mile run. It was Hannah’s first race (the 1-mile) and Joe and I were doing the 10K. The race benefitted Winshape Camps and we were happy to support such a great cause. I was determined to find a race for Hannah after what happened in March, when she got all excited and then the race coordinators messed up the starting time and we missed her run.

The weather was perfect, overcast and not too hot. We were ready to run! 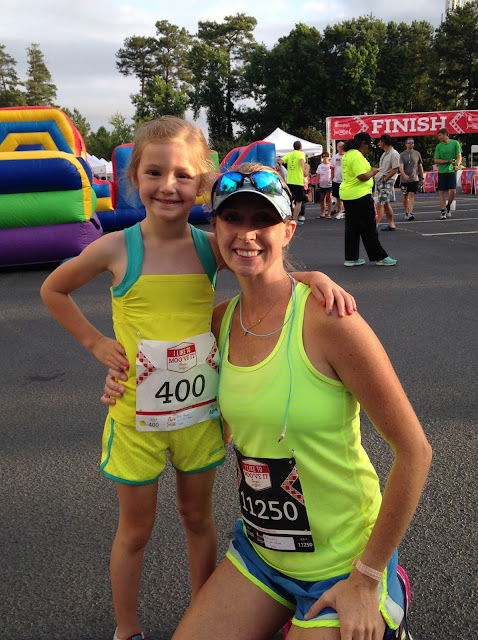 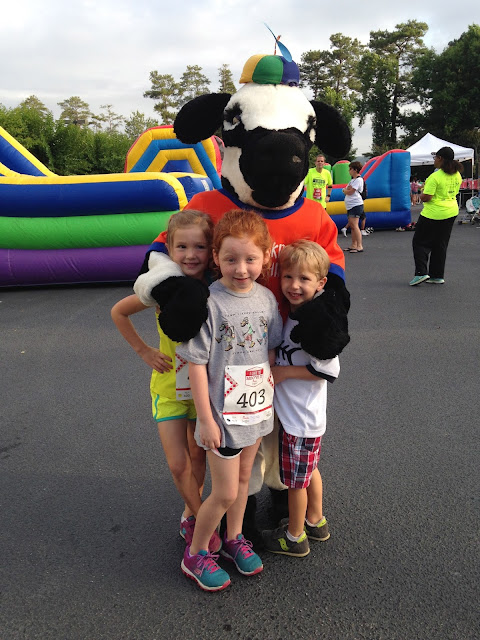 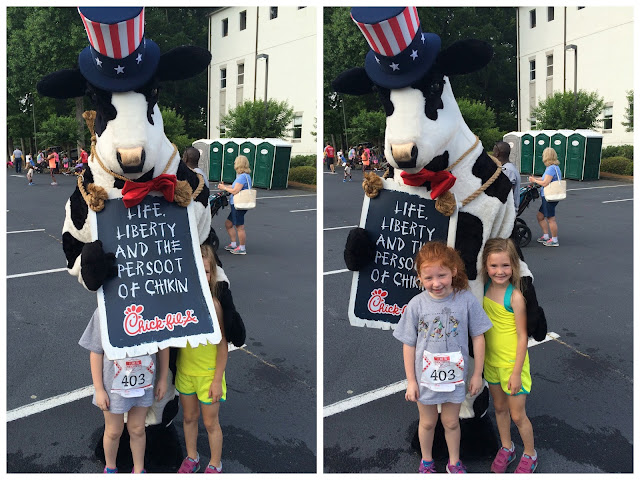 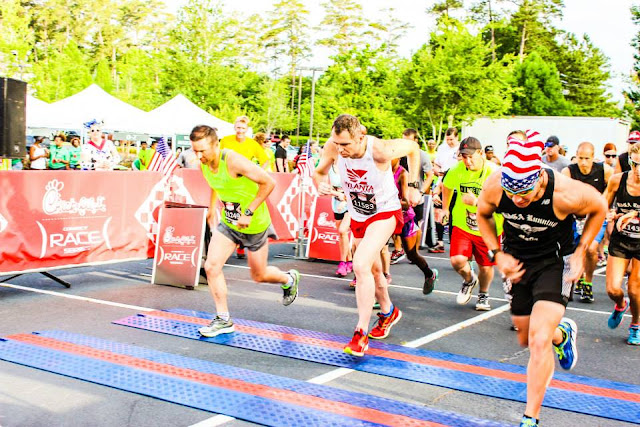 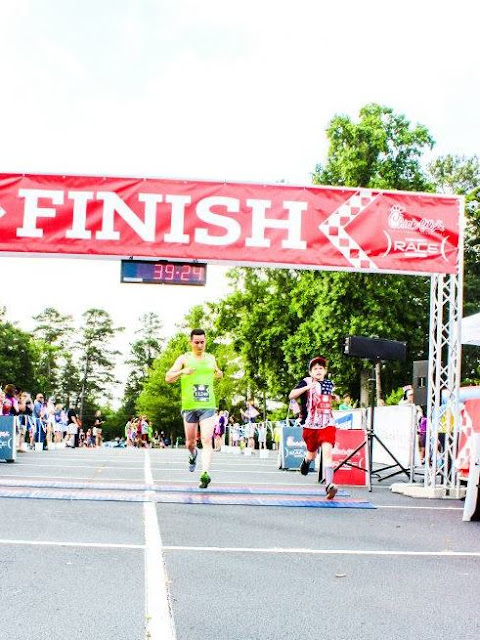 The course went through a neighborhood and it was the hilliest course I’ve ever run. There were two inclines I thought were never going to end… 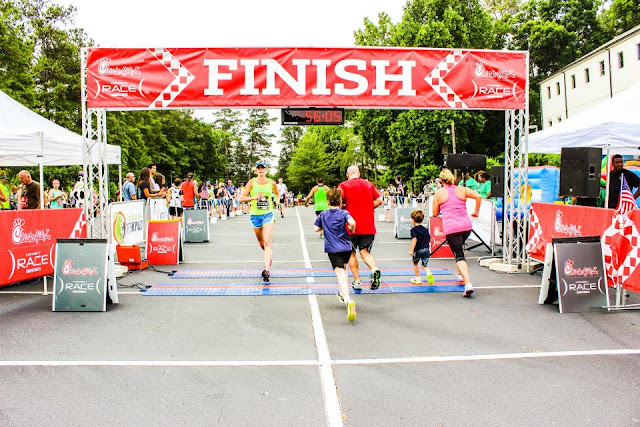 I finished the 10K with a time of 56:06 (better than my last race, surprisingly), and literally was coming into the finish when they started the 1-mile run (early!). I ran through the finish line, grabbed a bottle of water, and hurried to catch up with Hannah and Daddy who had taken off. 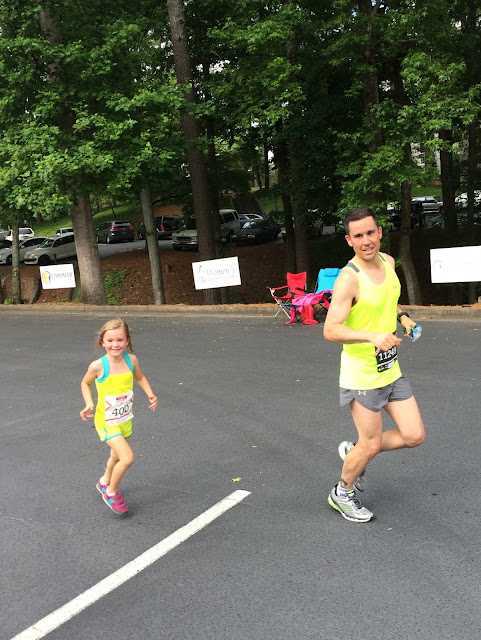 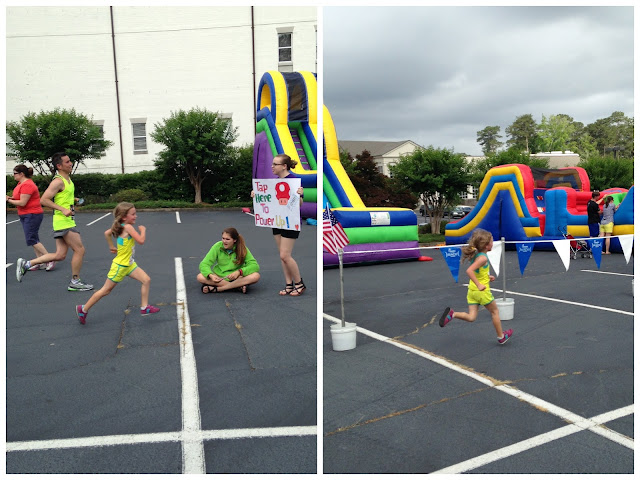 We are so proud of that girl! She did well and had a great time. She said later that she liked everyone cheering at the finis, “It was awesome! It made me happy.” Our friend, Sydney, ran too (as did Sydney’s mom). 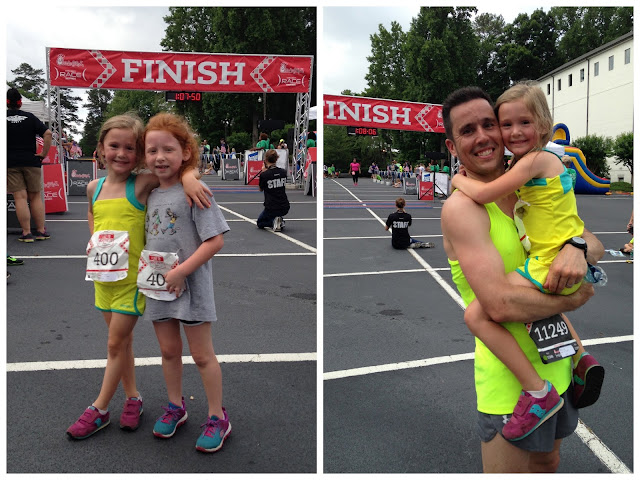 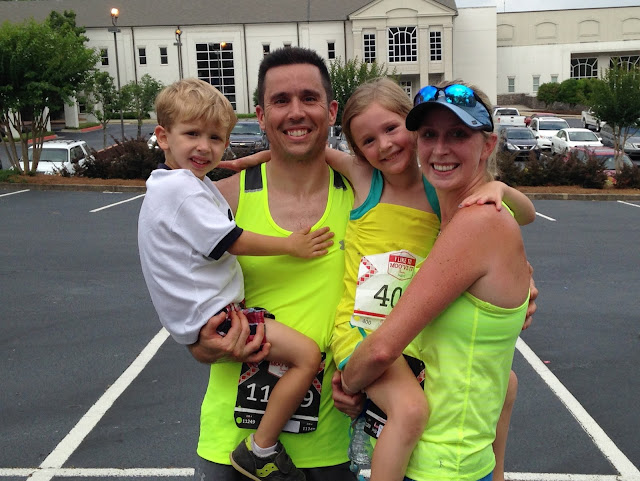 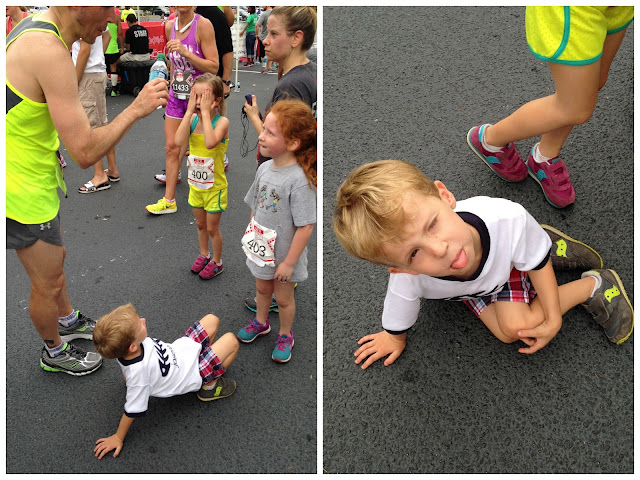 Joseph was a good cheerleader and hung out with Mr. Tyler while we were running. He loves to run, too, and he’ll be out there with us soon enough. 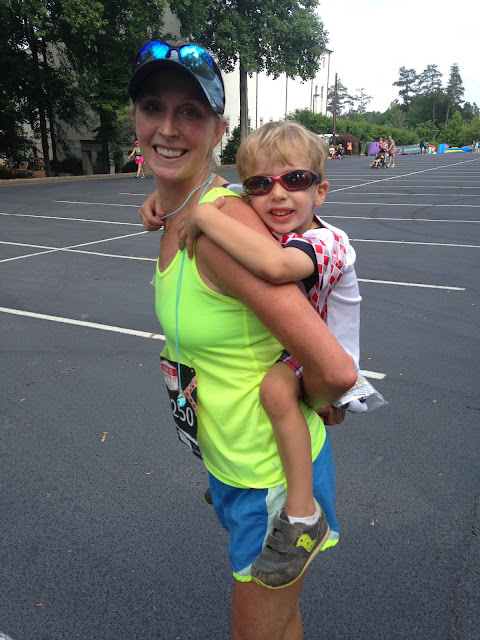 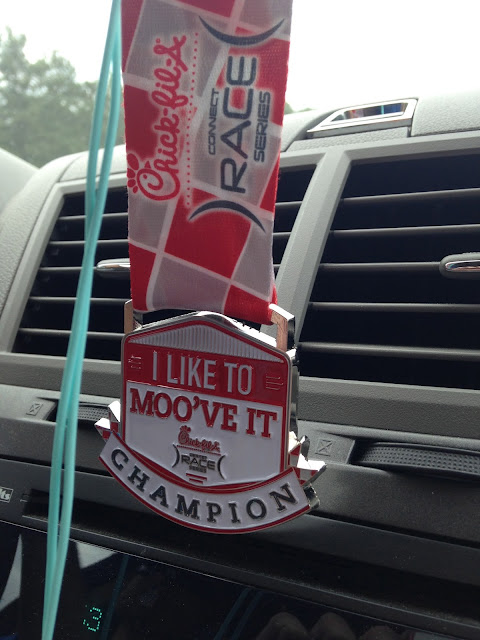 Joe placed second, overall, with a time of 39:25. {Yes, he’s fast!} He got this medal. I hung it proudly on the rearview mirror on the way home, to which he commented dryly, “Champion… I was the first loser.” Salty, that one.

It was a fun day and we were tired when we got back home Monday night. We had a nice long Memorial Day weekend, and are so grateful for this country we live in and for the many who have given their lives to make our freedom possible.

« may wrap-up
our first recital »