We went to Savannah last week for Joe’s annual conference. Since the conference included long hours of sessions, Joe booked a hotel right across the street in downtown Savannah. It was kinda nice being a tourist in your own hometown. We weren’t there but two nights, but still had some fun. Hannah and Joseph loved the view of the big bridge from our room. 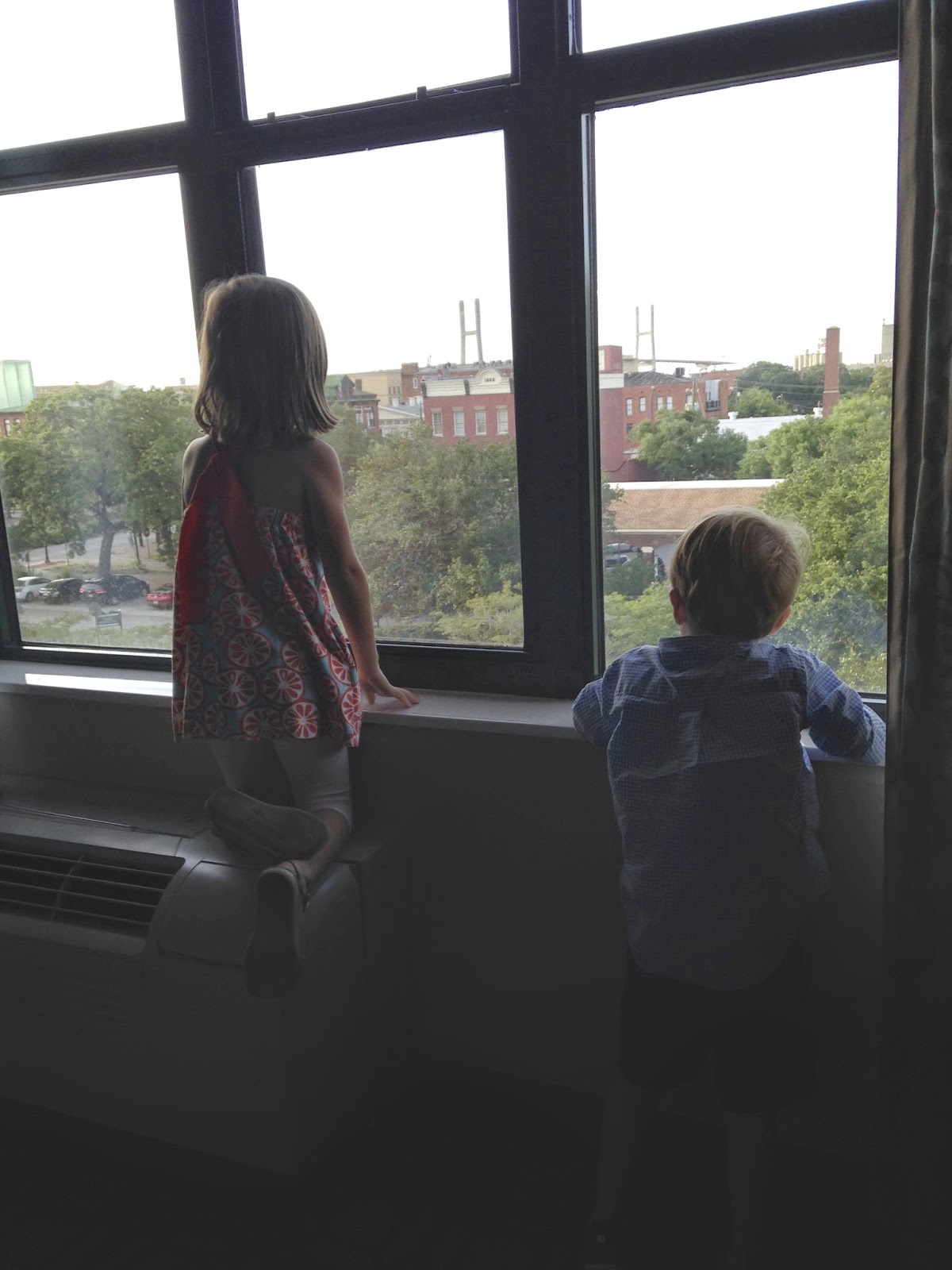 I took them to Leopold’s (a Savannah favorite) for ice cream. My brother, Uncle Will Will, met us there. Afterwards, Hannah performed for the camera outside the Trustees Theatre. 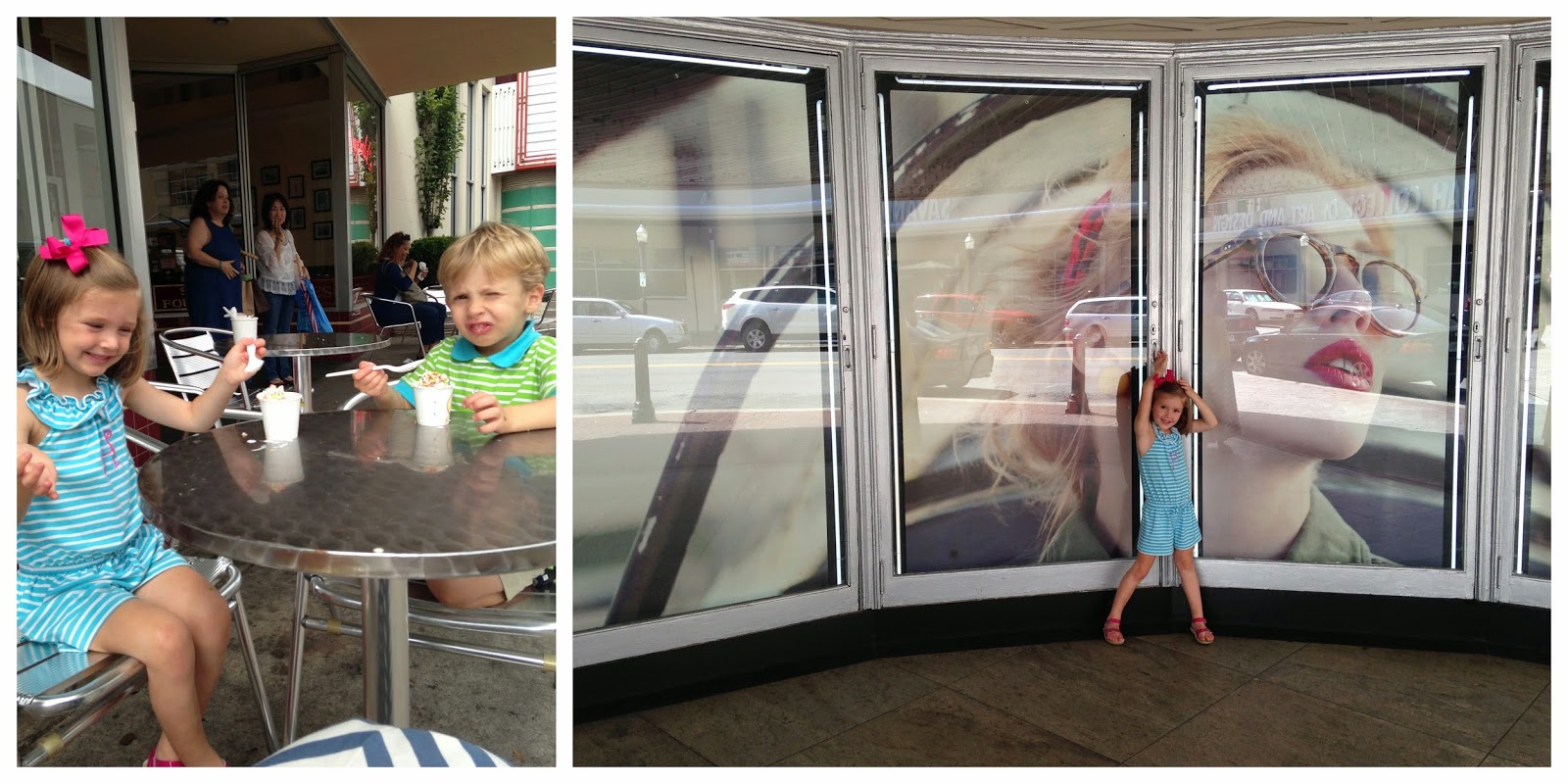 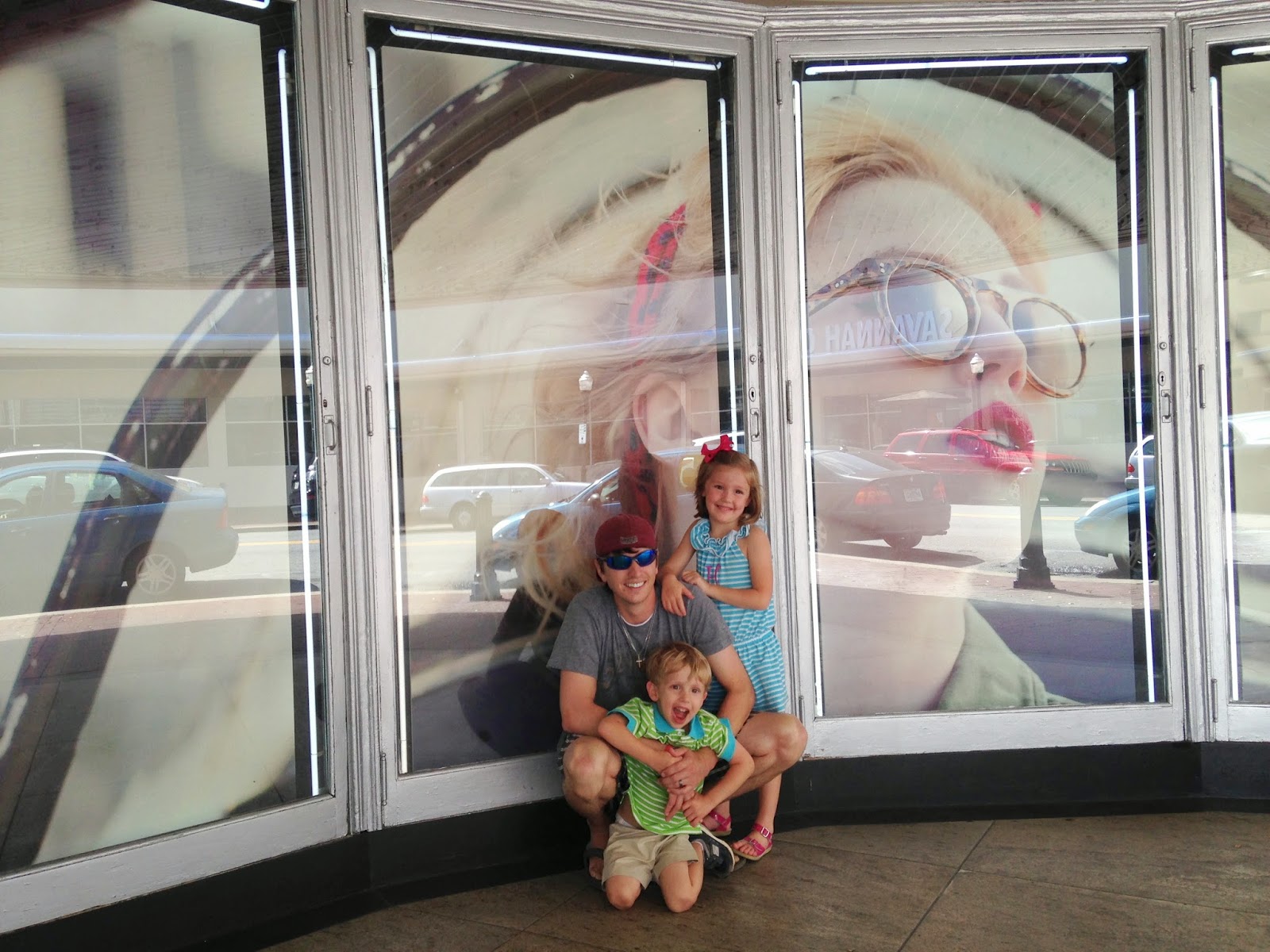 On Tuesday morning, the children followed along behind me as I set out to buy twin beds for the littlest one (post on that to come). 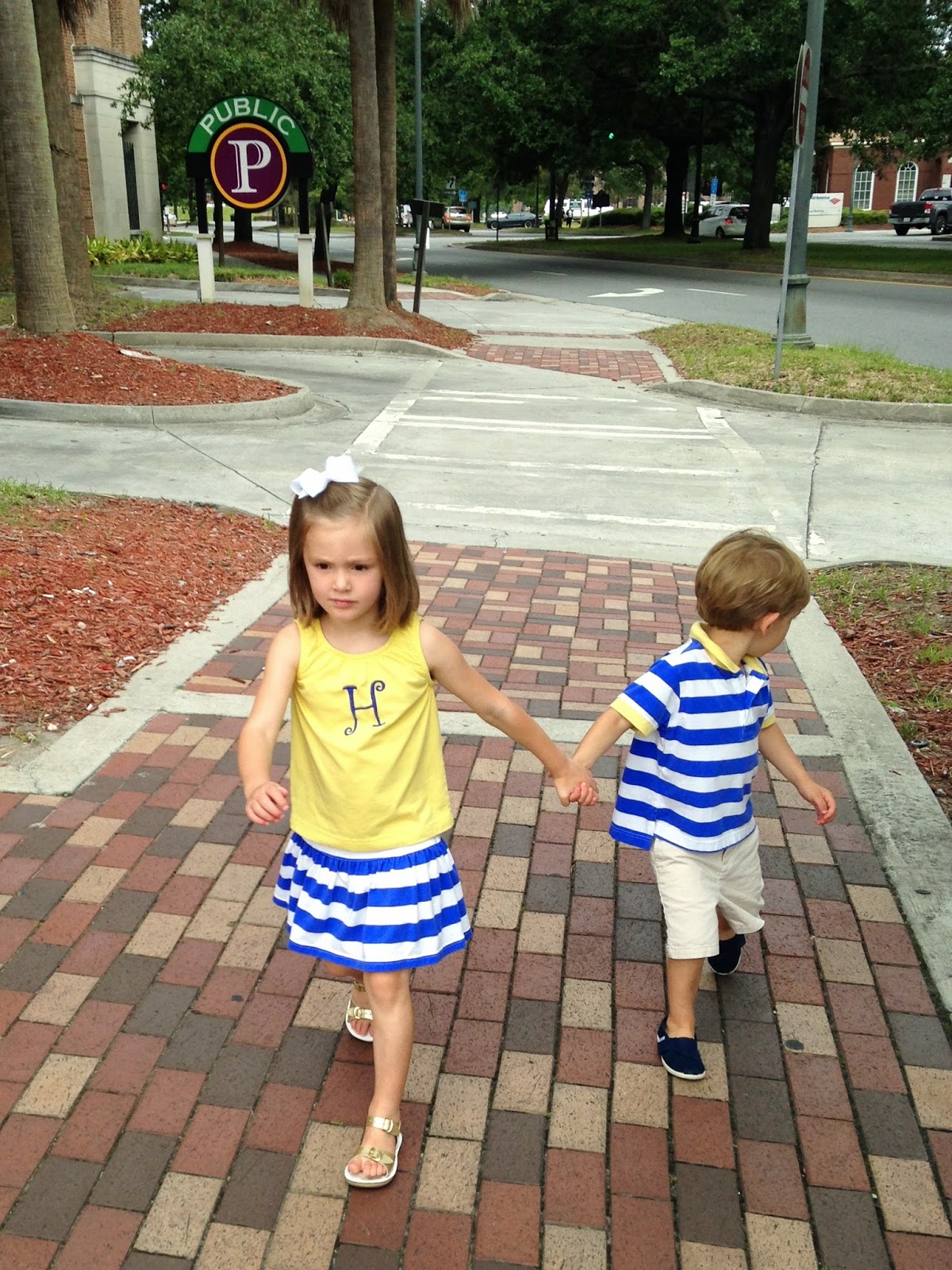 We decided to follow up conference with a little vacation and spent 3 nights in St. Simons. A sweet church member offered us her house and we welcomed the getaway. How could you resist this? 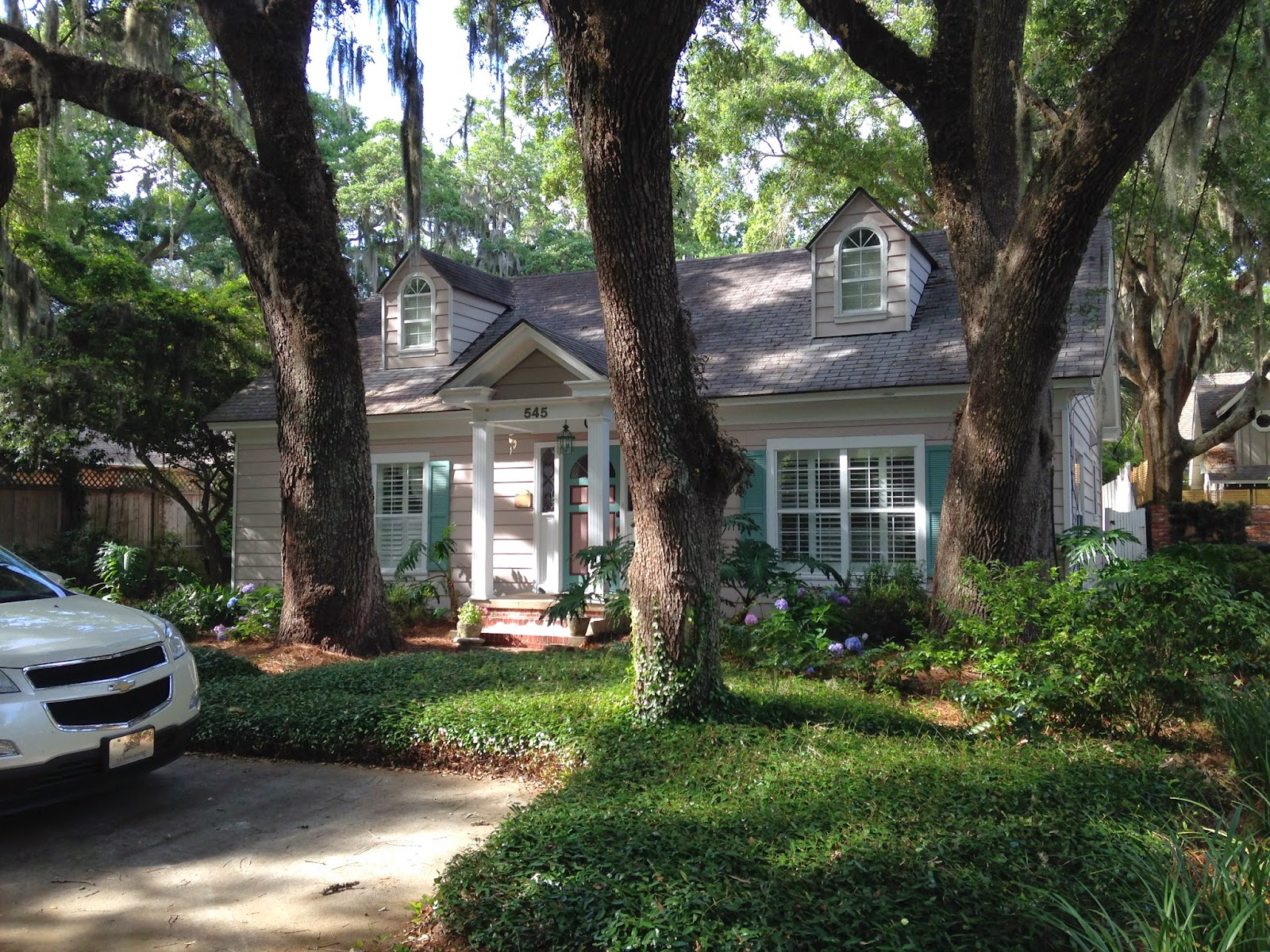 Love the beach cottage charm on a quaint little street. And the house next door…what a dream. 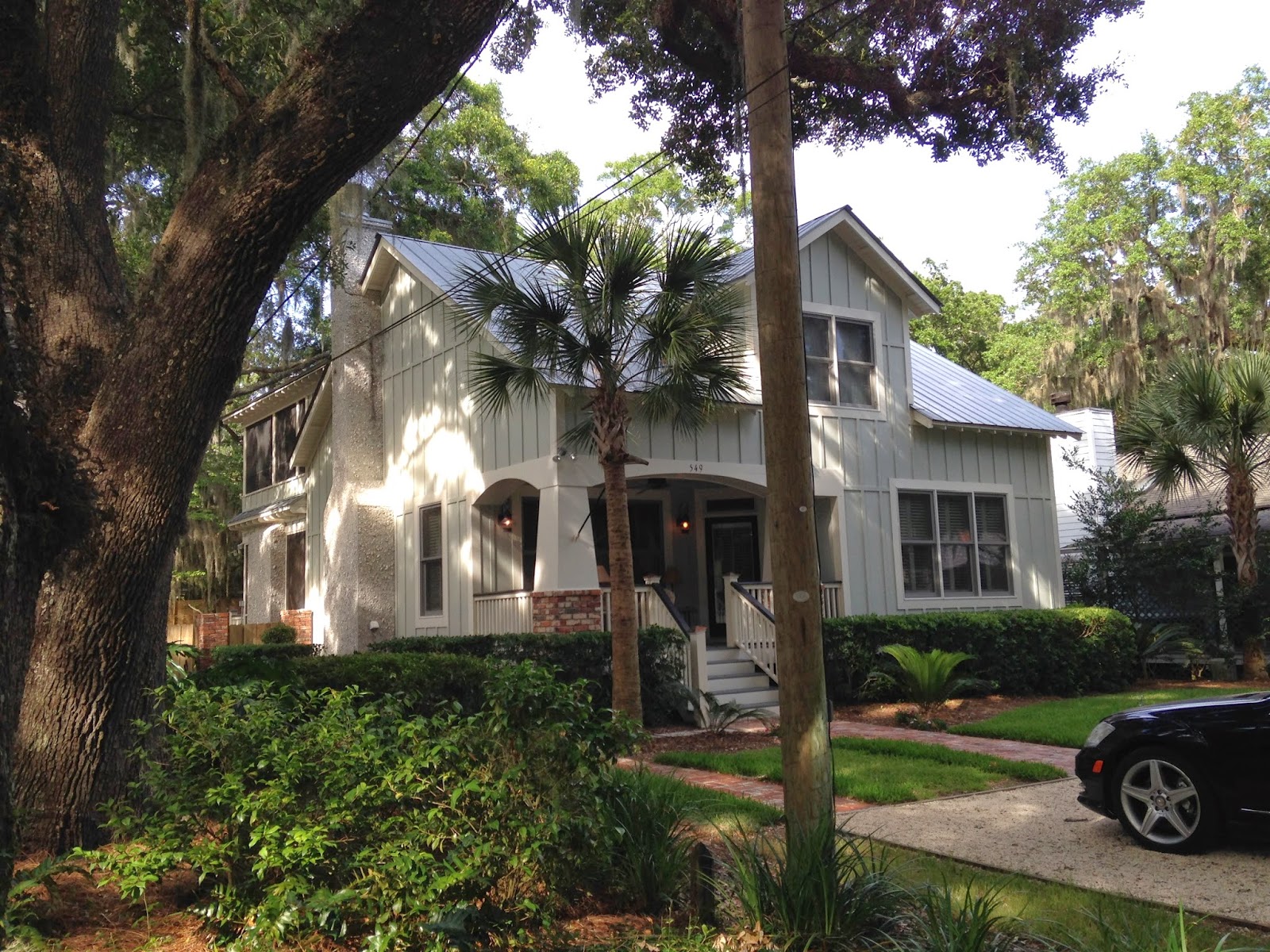 Naturally, we needed to let off some steam so we got unpacked and set off for the playground. 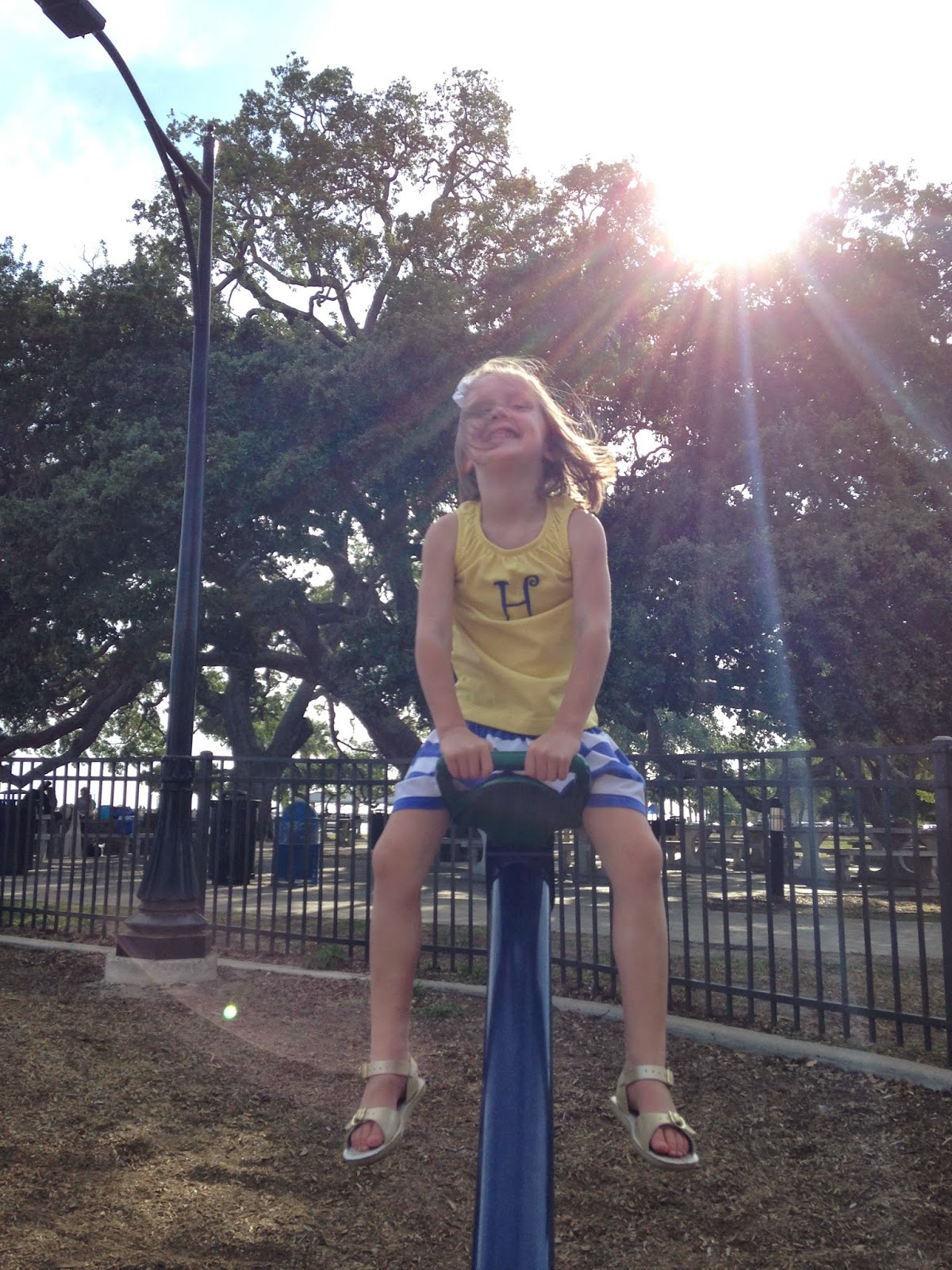 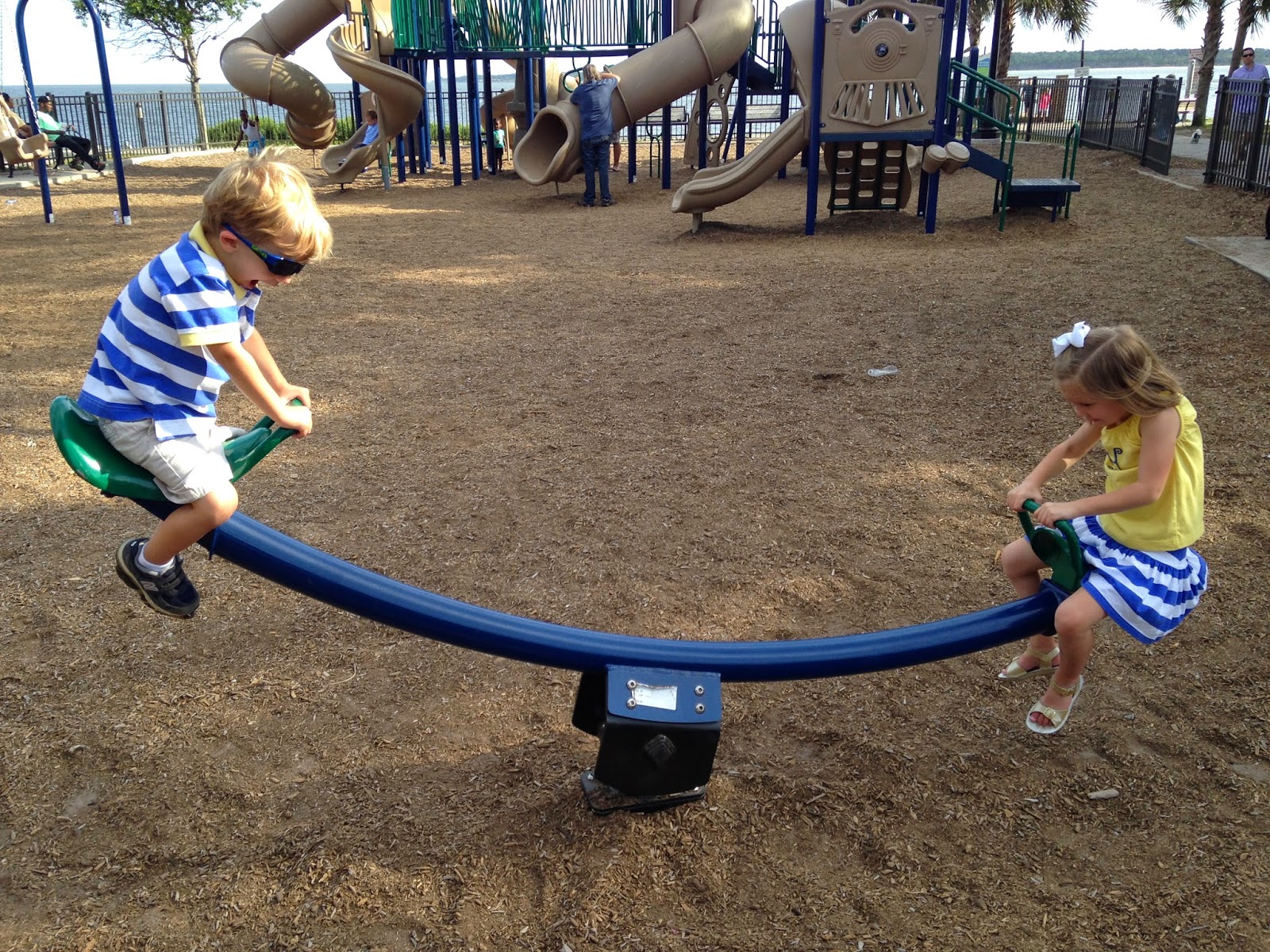 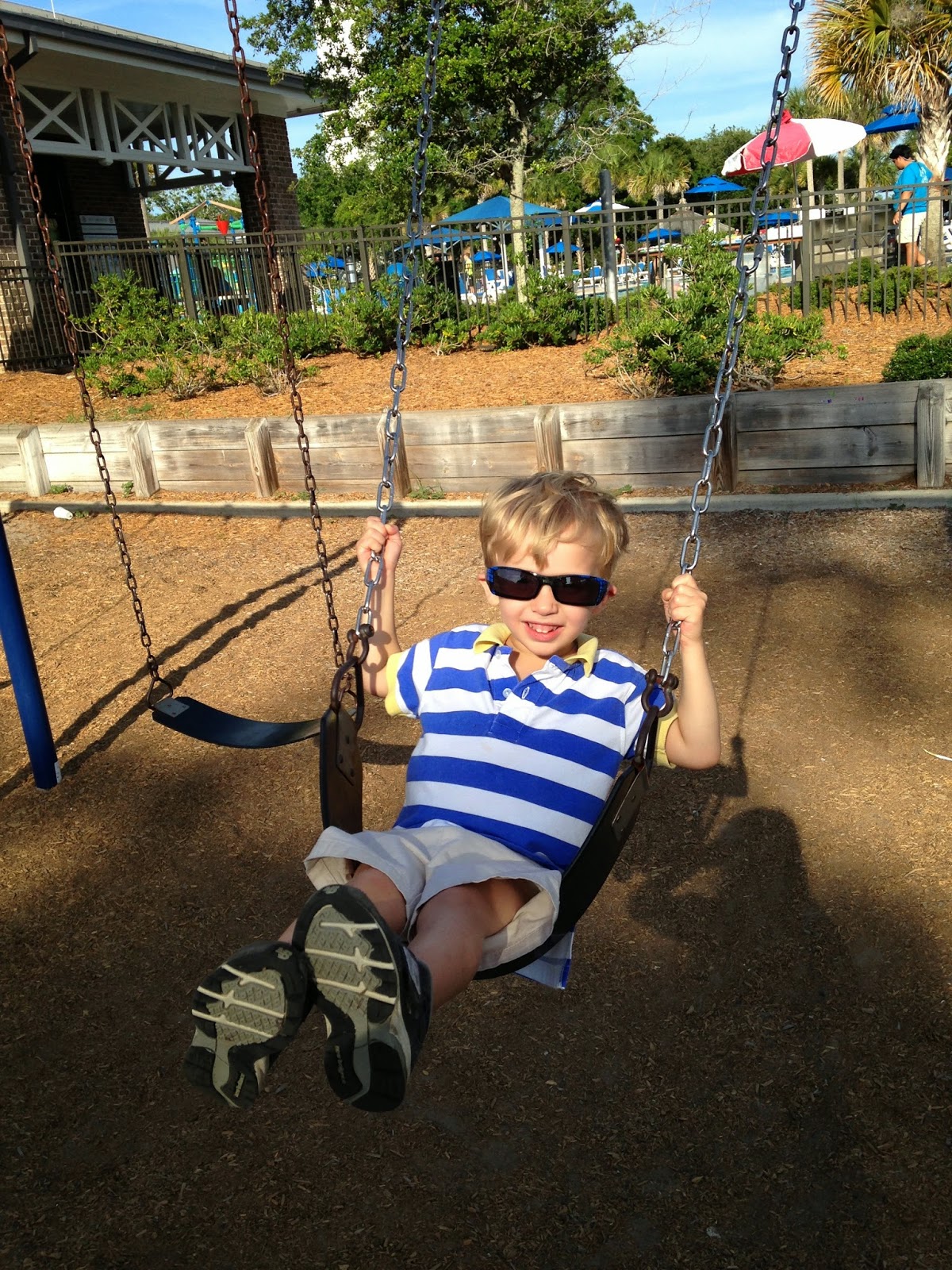 It’s a great playground right on the ocean, so there’s a nice breeze. Hannah and Joseph had a ball and Joe and I enjoyed the time next to the sea, listening to the music of an impromptu sidewalk concert and watching our kids play from afar. Before leaving for dinner, we walked down the pier where the kids were fascinated by the sights and sounds of all the people fishing. 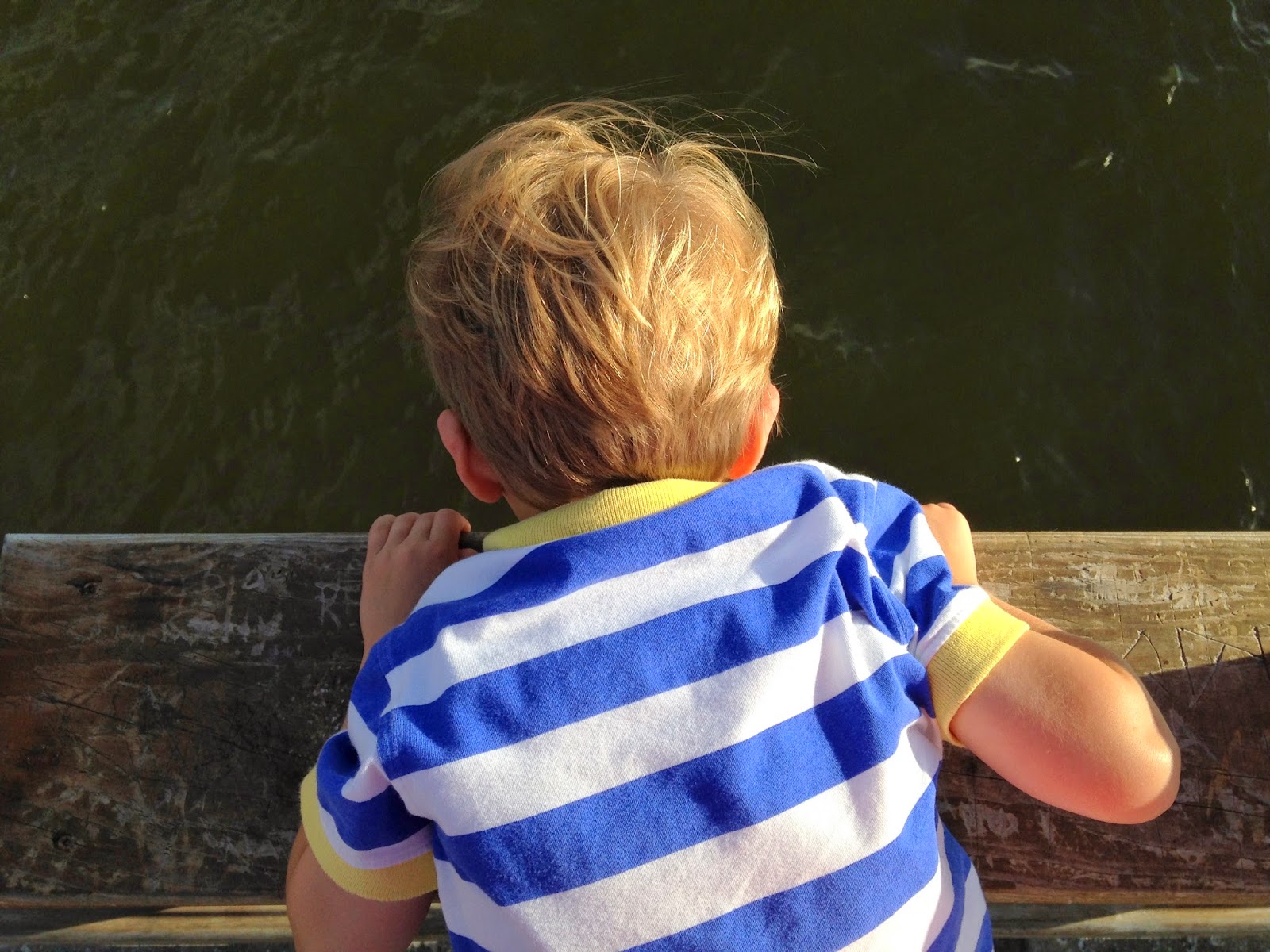 Wednesday morning we went for a family run. I intended to go an easy three miles, but it was more like six. If you know my husband you would’ve seen this coming. And he was pushing the stroller… 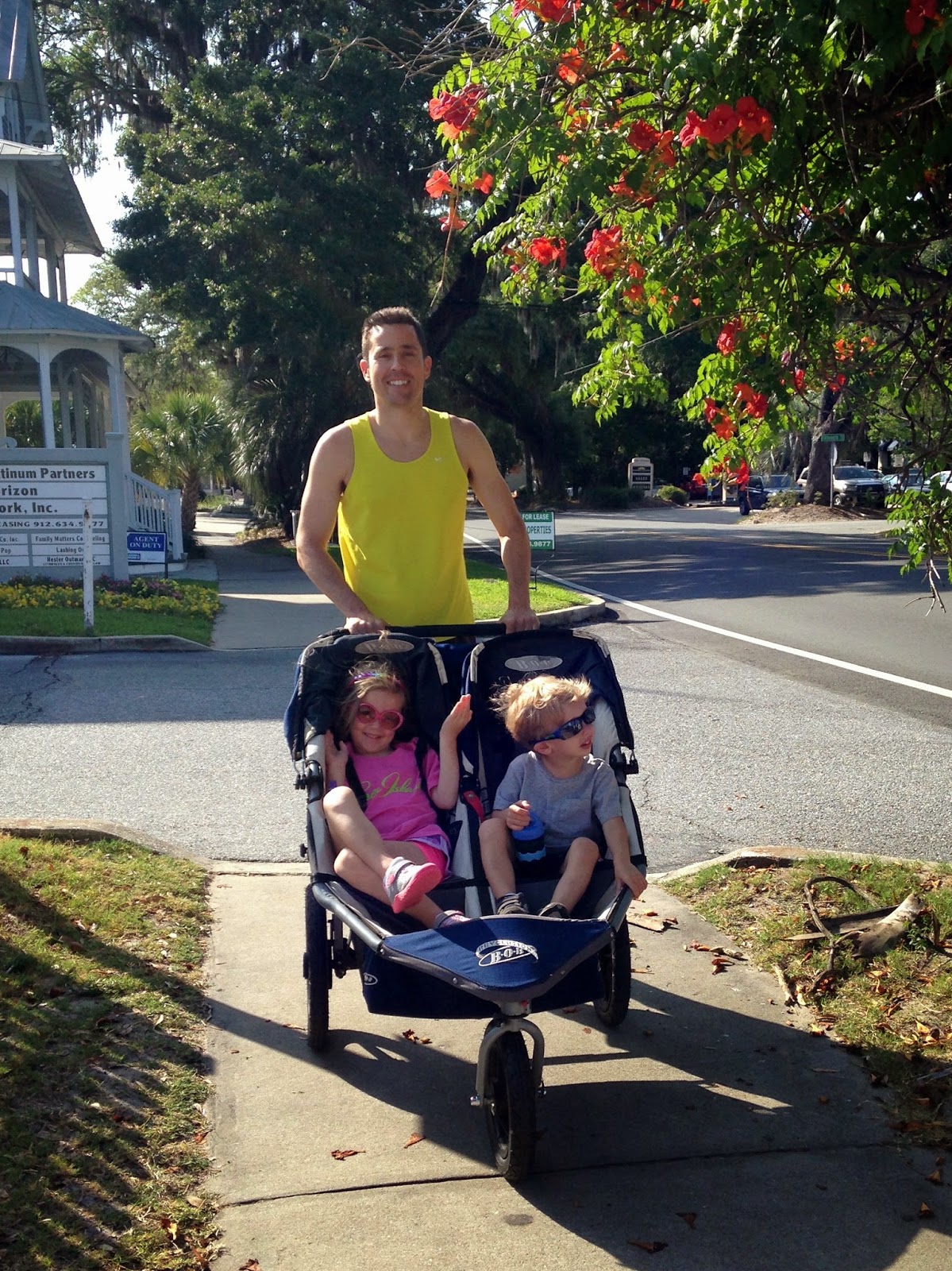 Our time at the beach was a very pleasant surprise. Everyone had a great time and we lasted over four hours on the sand. That is the longest beach stent in our five-year family history. 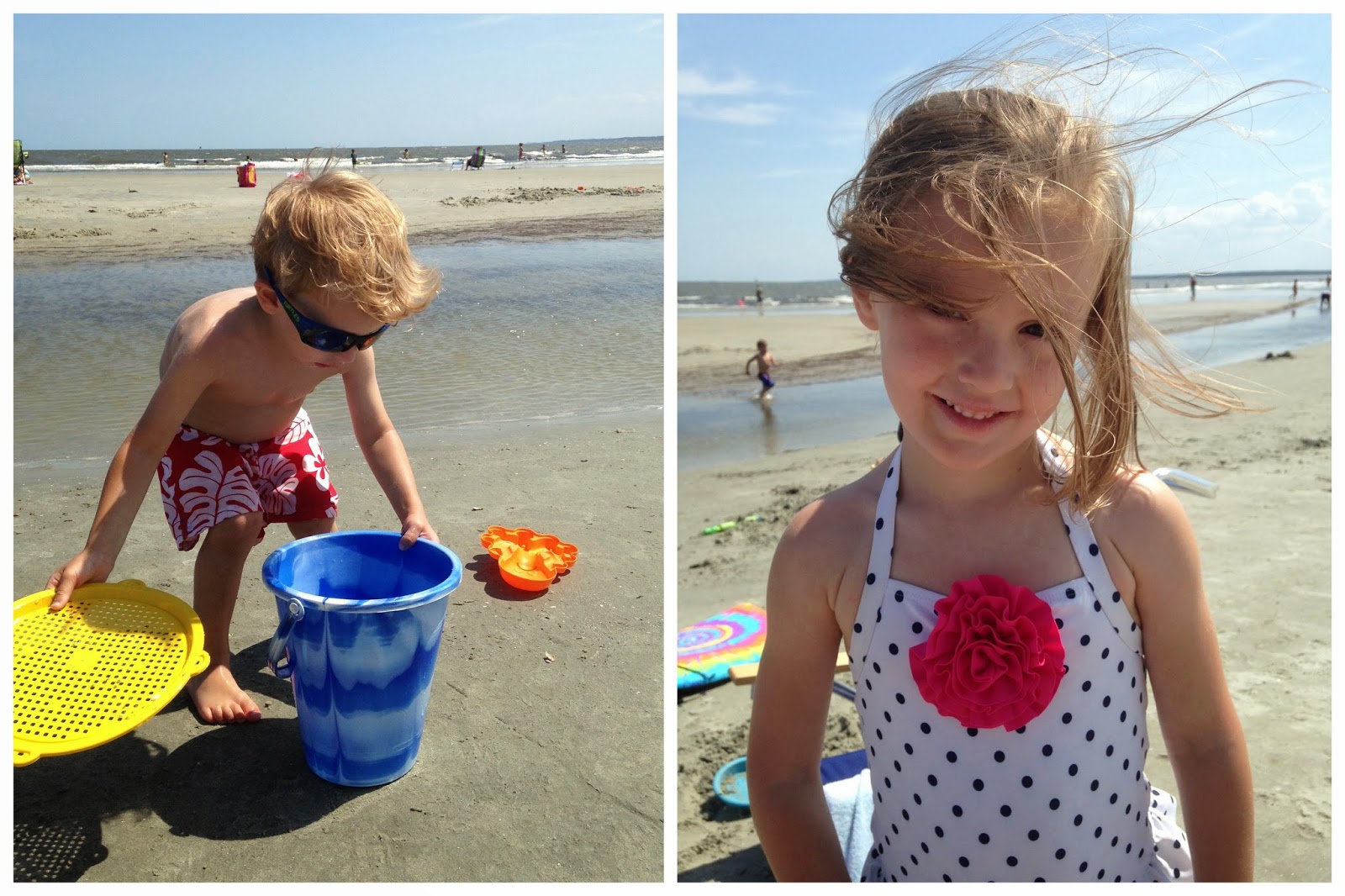 We met some good friends from home who were also vacationing. Deana and her girls are always fun to be with. She got some cute shots of the little ones, too… 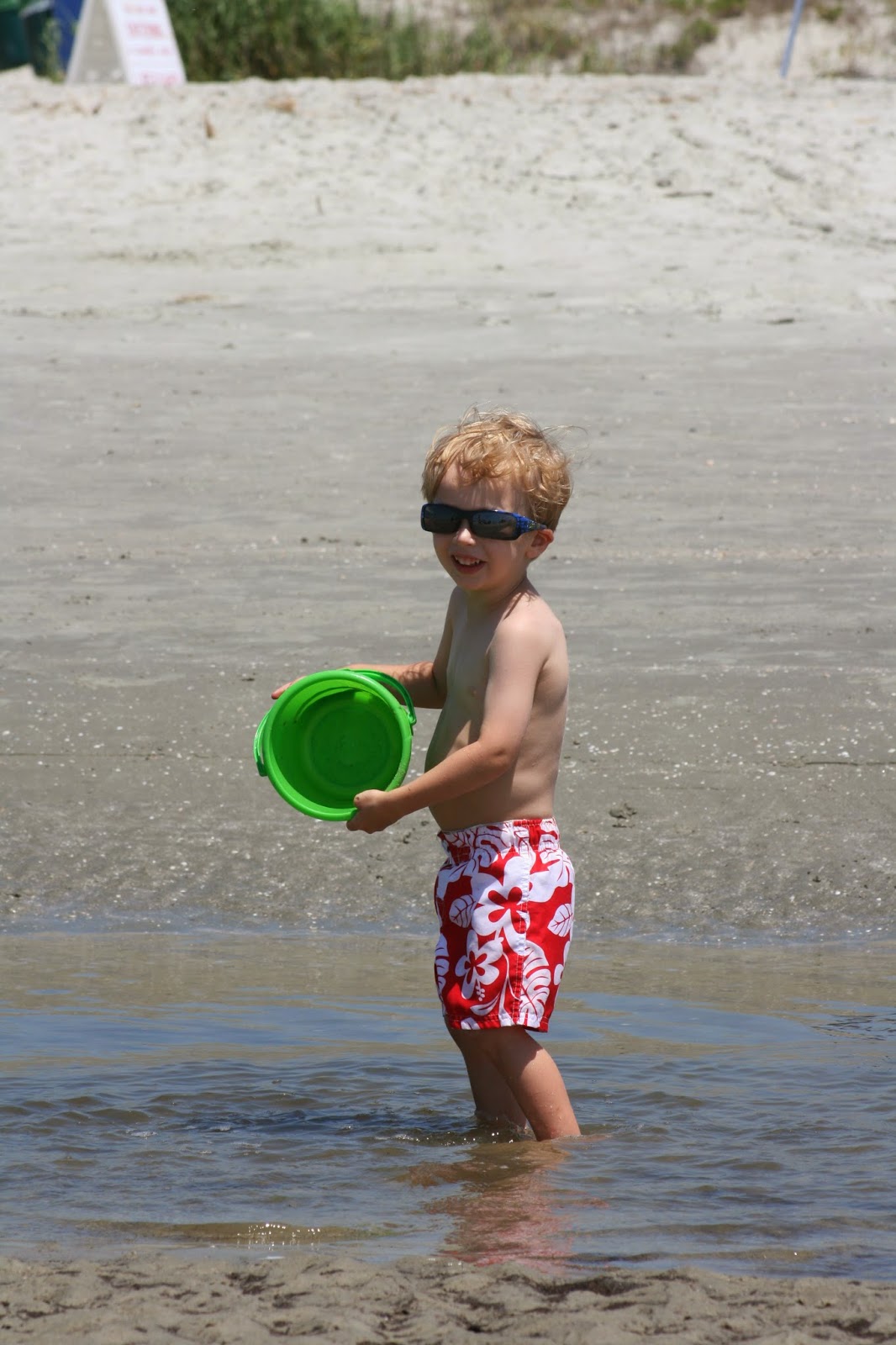 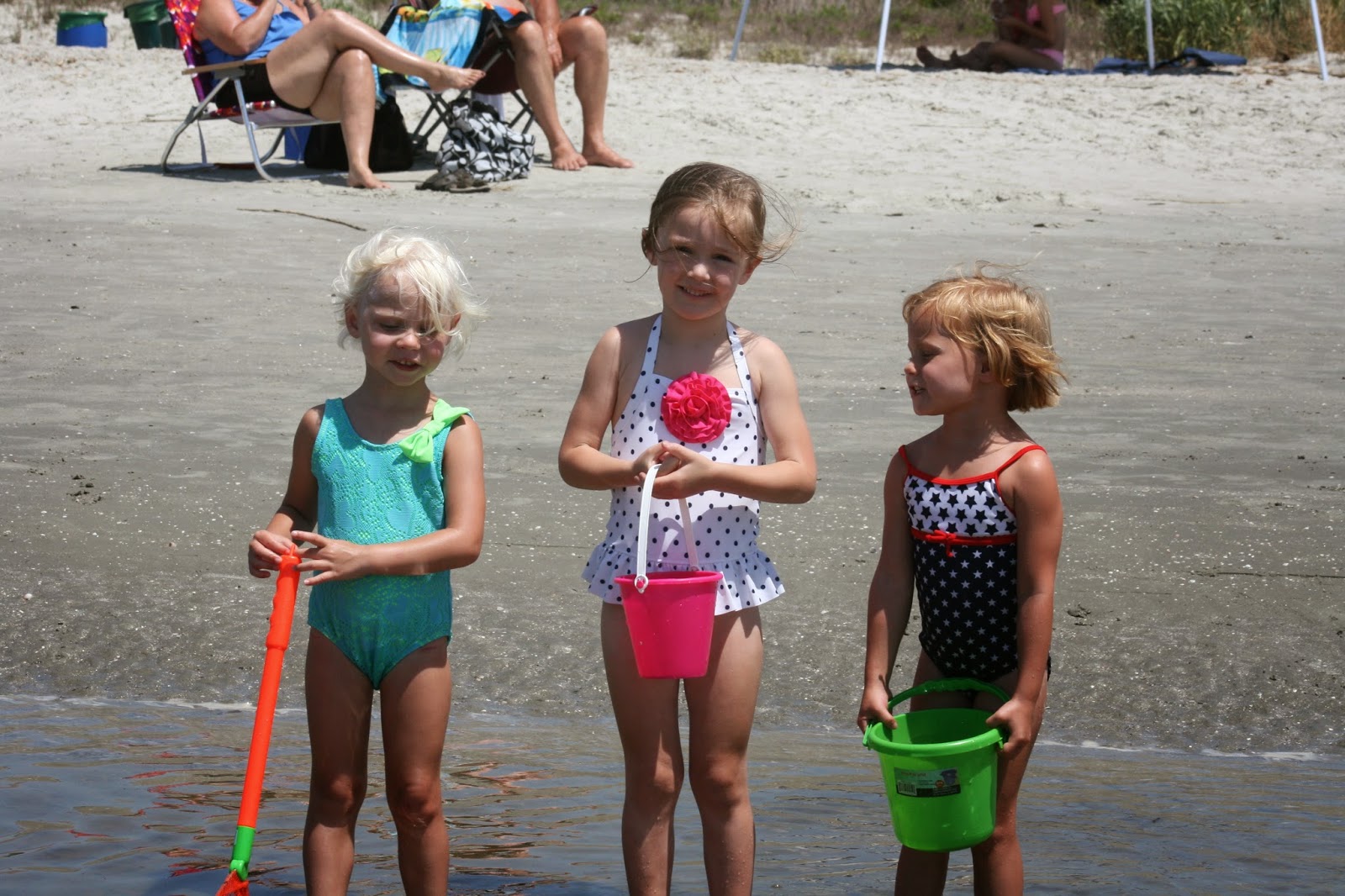 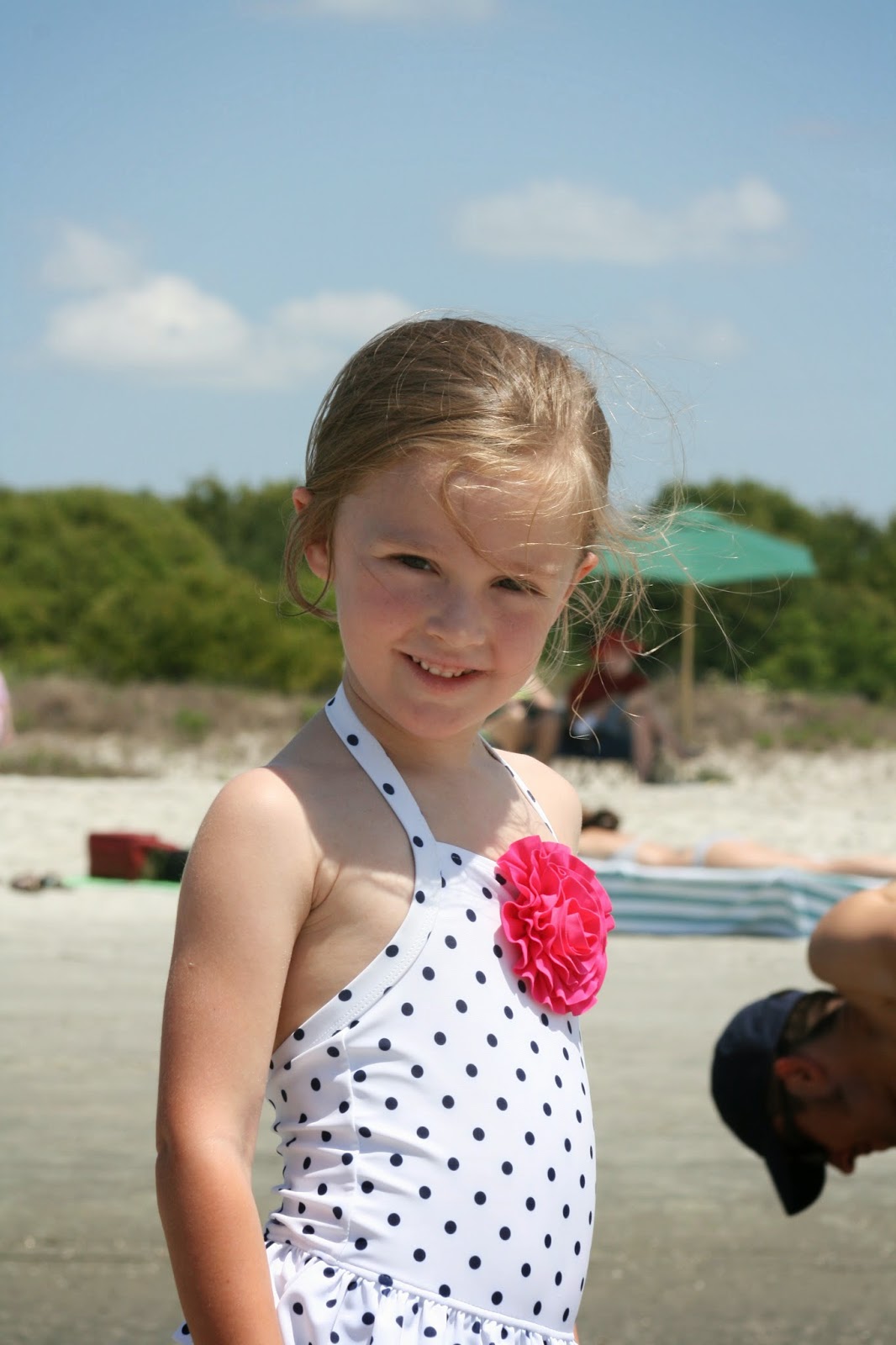 Hannah, as she always does, made new friends. I can’t get over how tall she looks bent over that shovel, and in some of these other pictures. 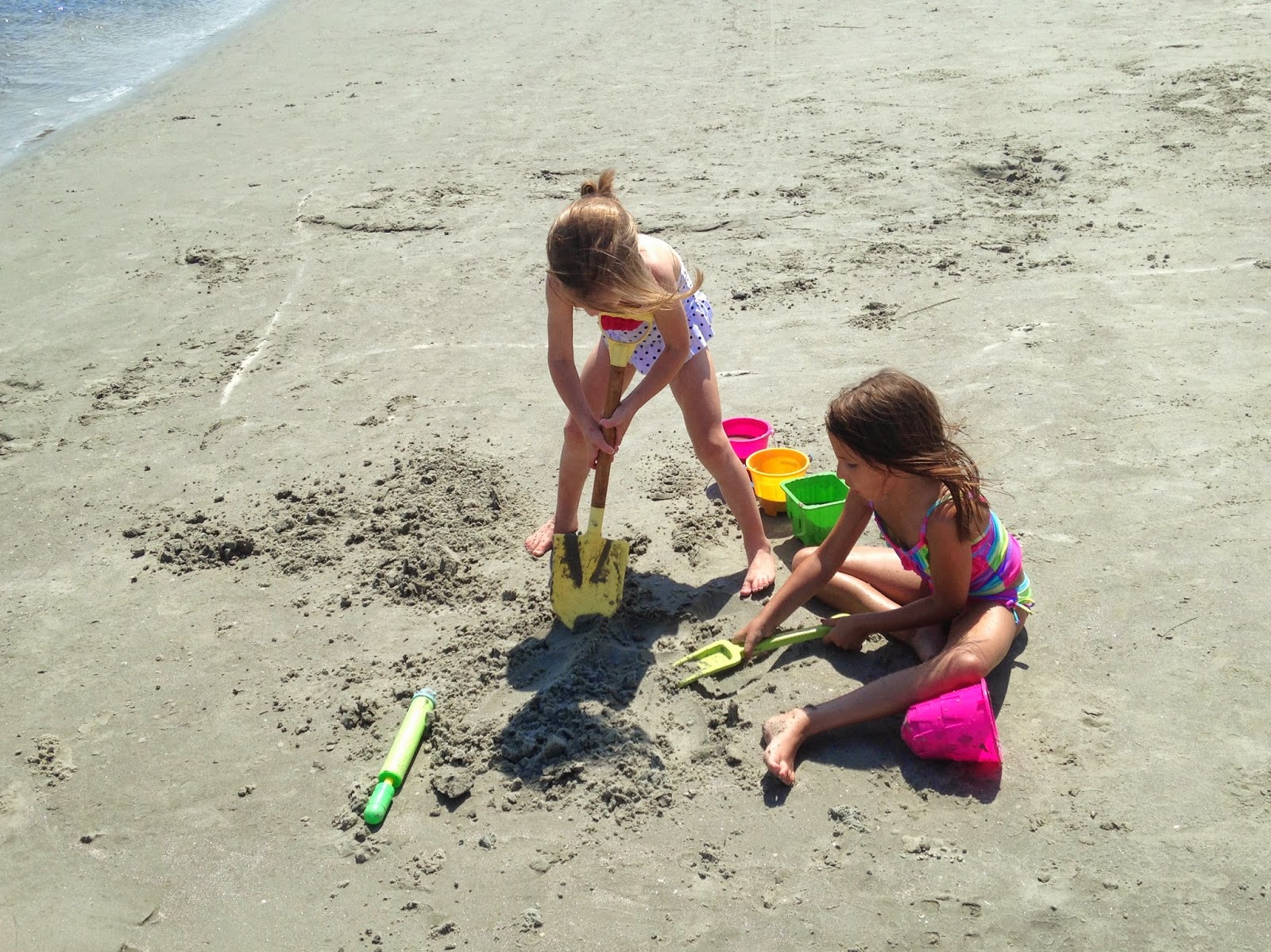 We ran into Kessler and McFerrin at the frozen yogurt place later that night. 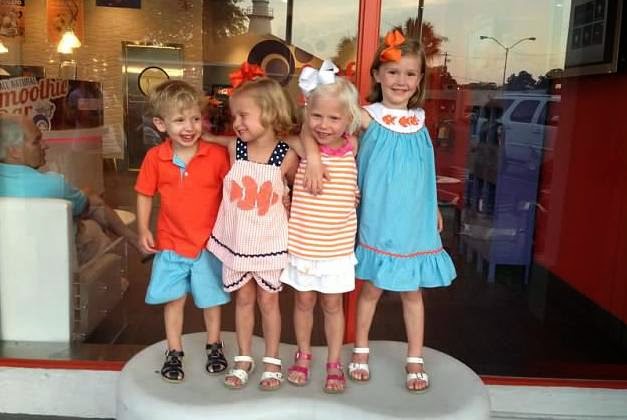 Thursday was another successful day at the beach. Joseph had a big time playing in the waves. Hannah wasn’t as interested in the “big ocean” but preferred the “little ocean” – aka, the tide pools. 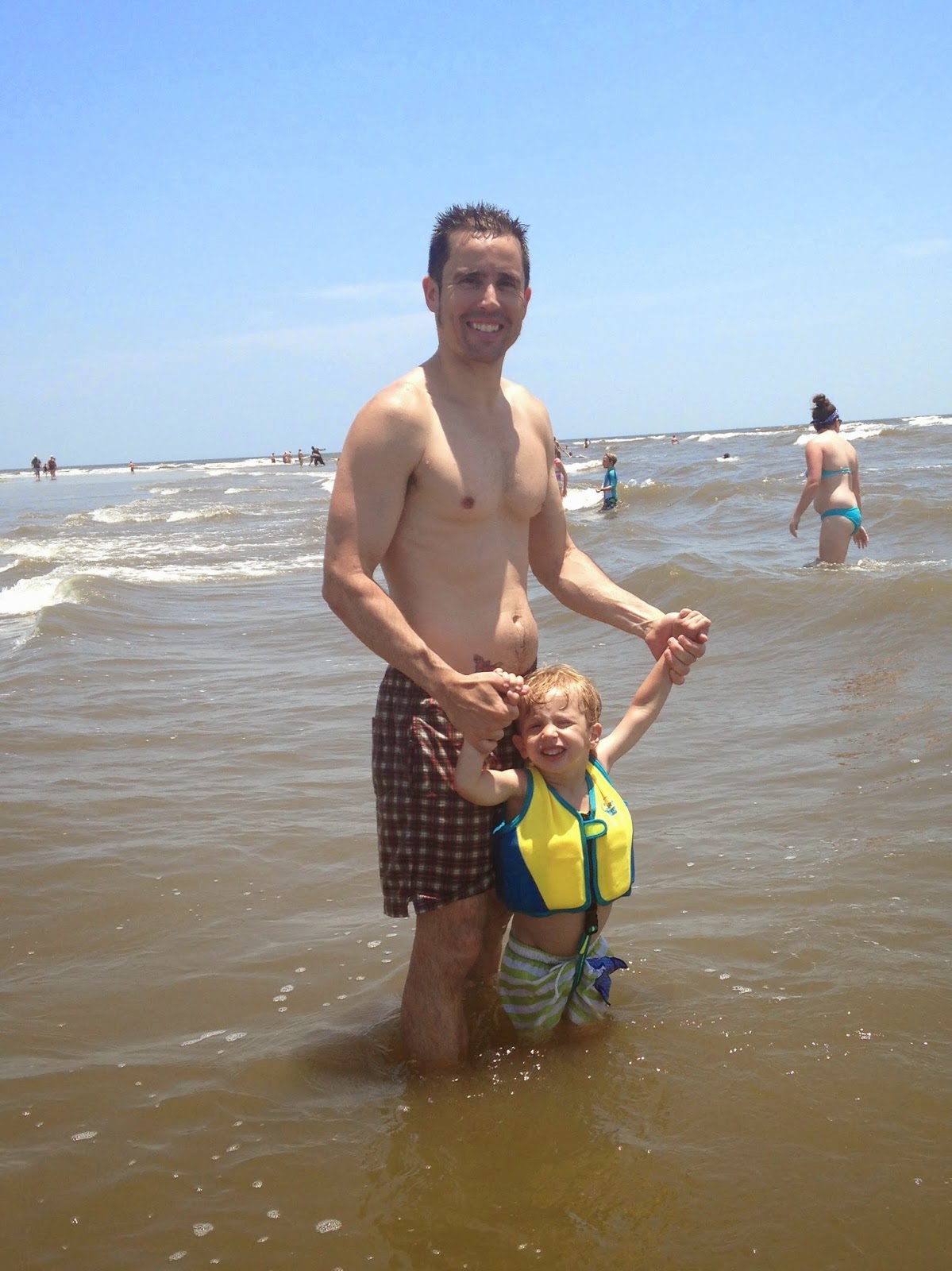 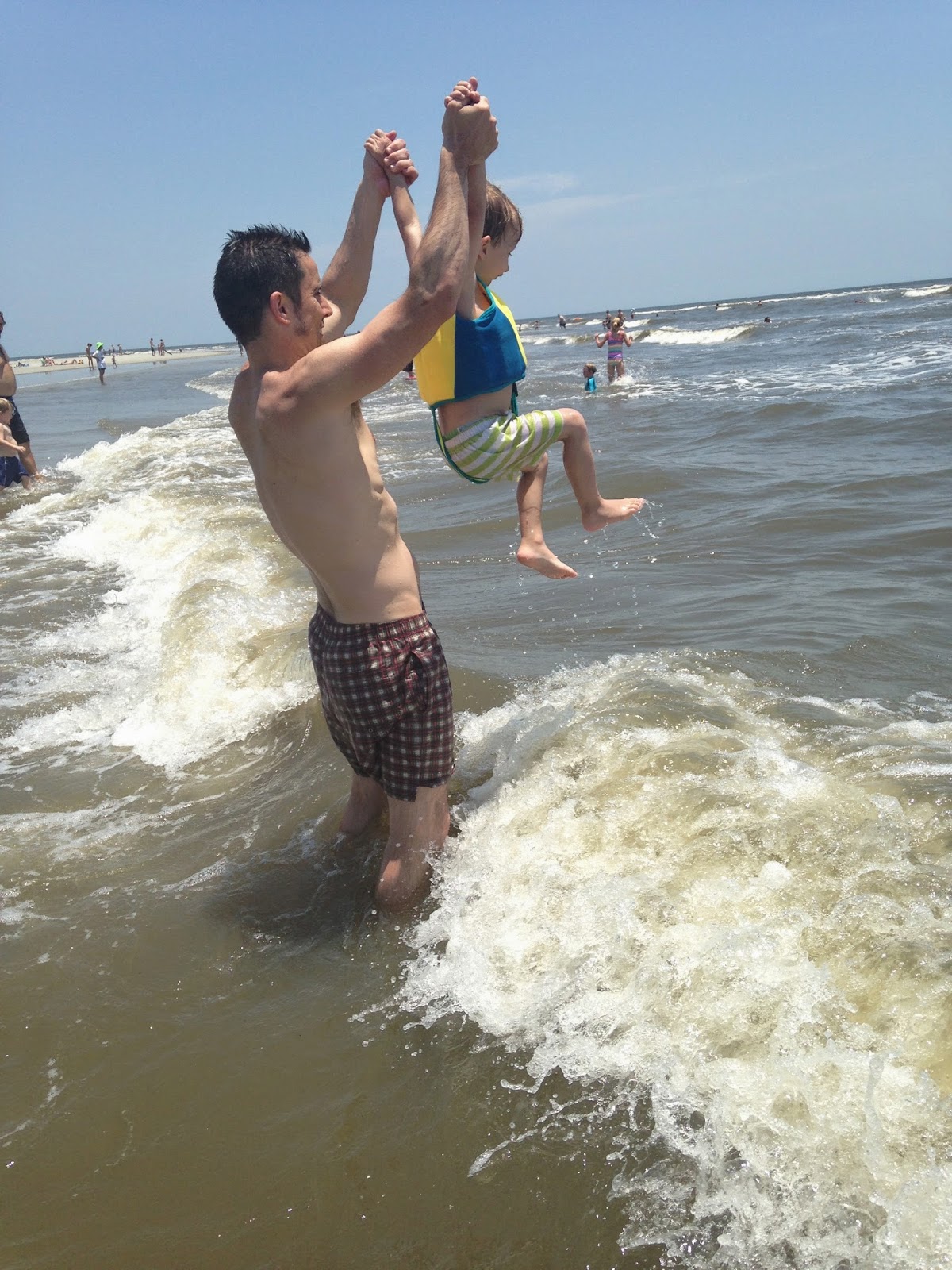 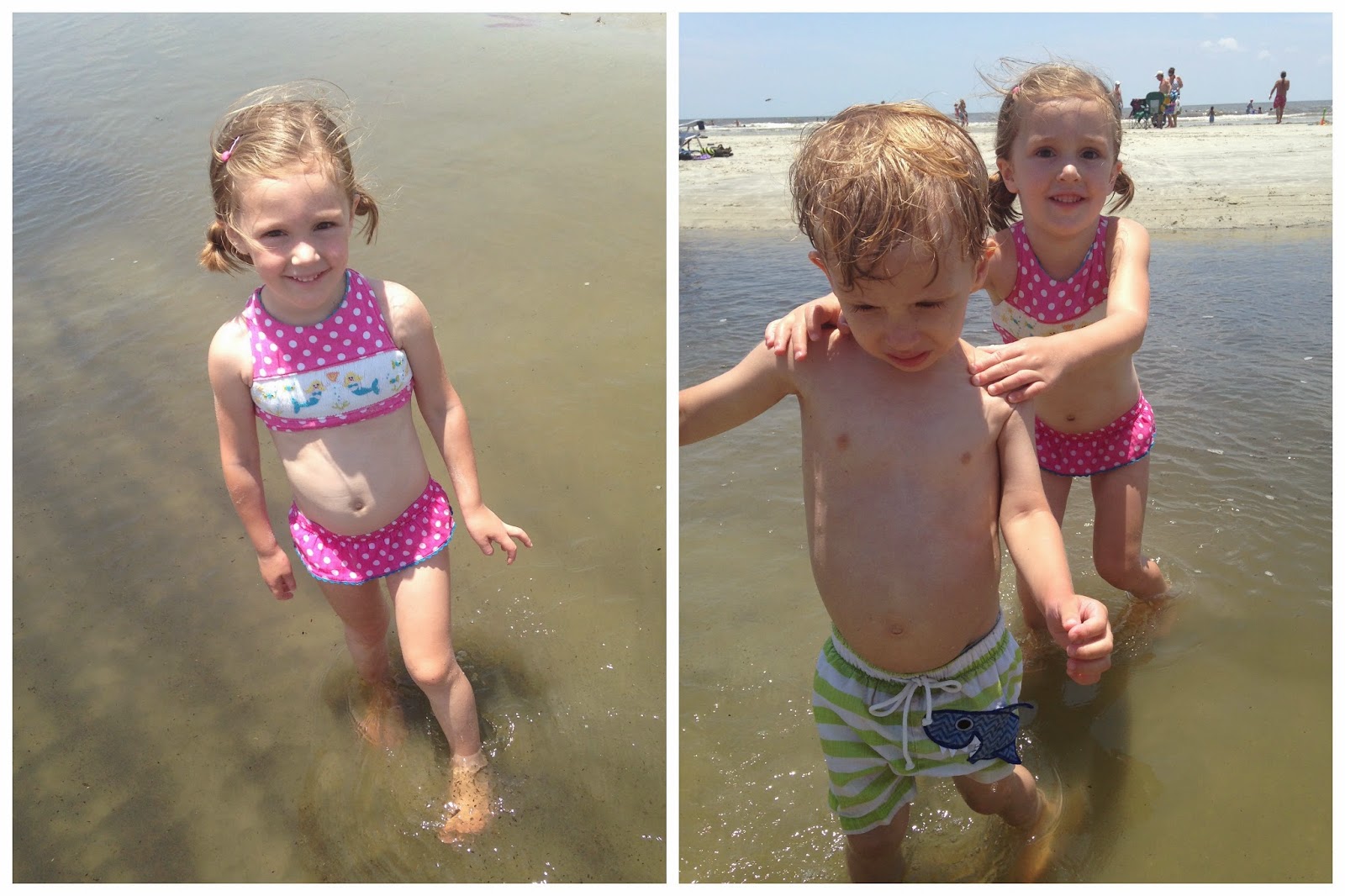 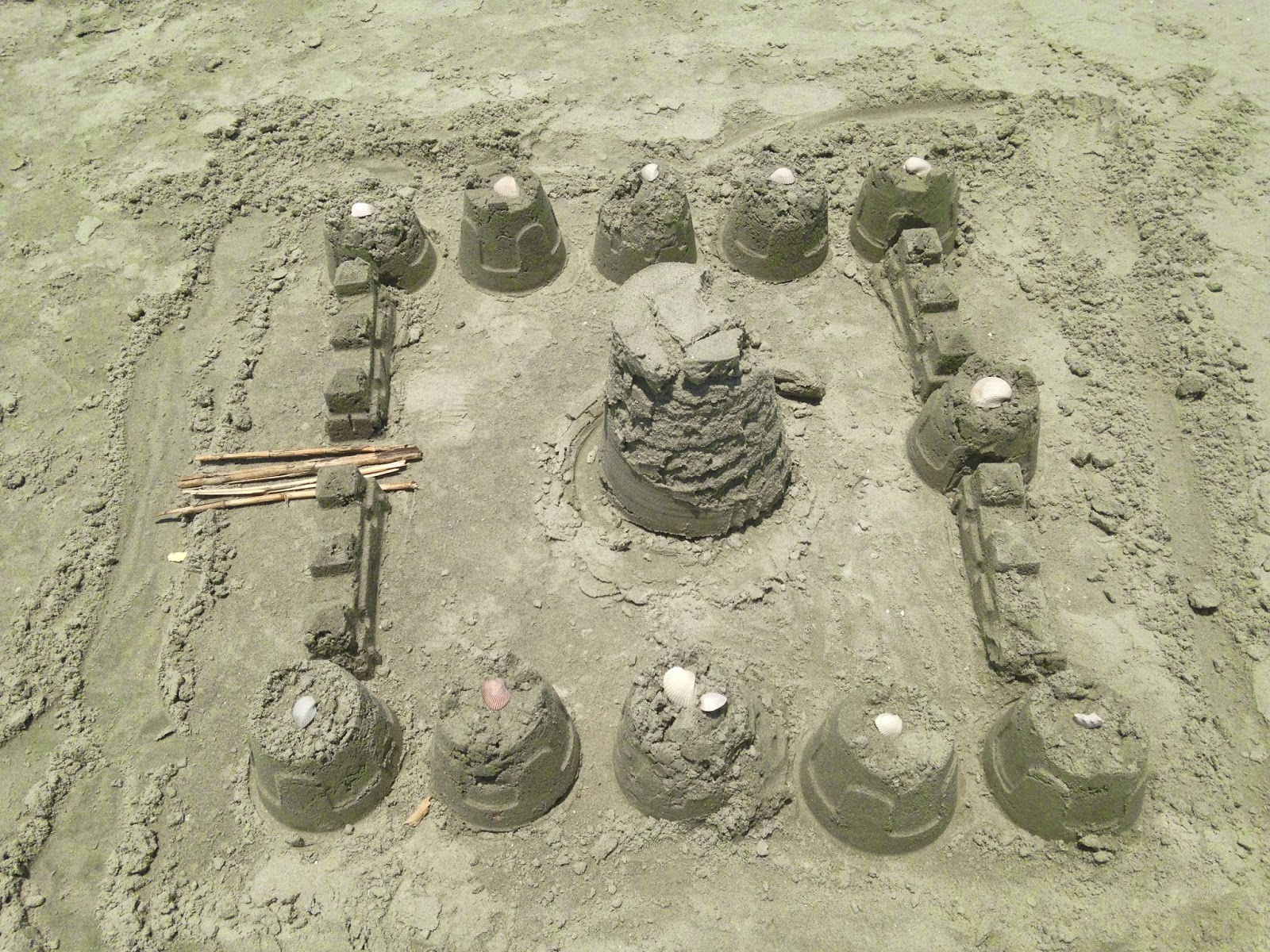 Other friends of ours were at the beach, too, and we spent both days next to their tent, catching up. Julie and Scott have two boys, “big kids” in our book, but Hannah and Joseph still enjoyed playing with them and watching them to do big kid things. Julie took a family picture of us. The only picture of me…which is why I’m including it here on the blog. 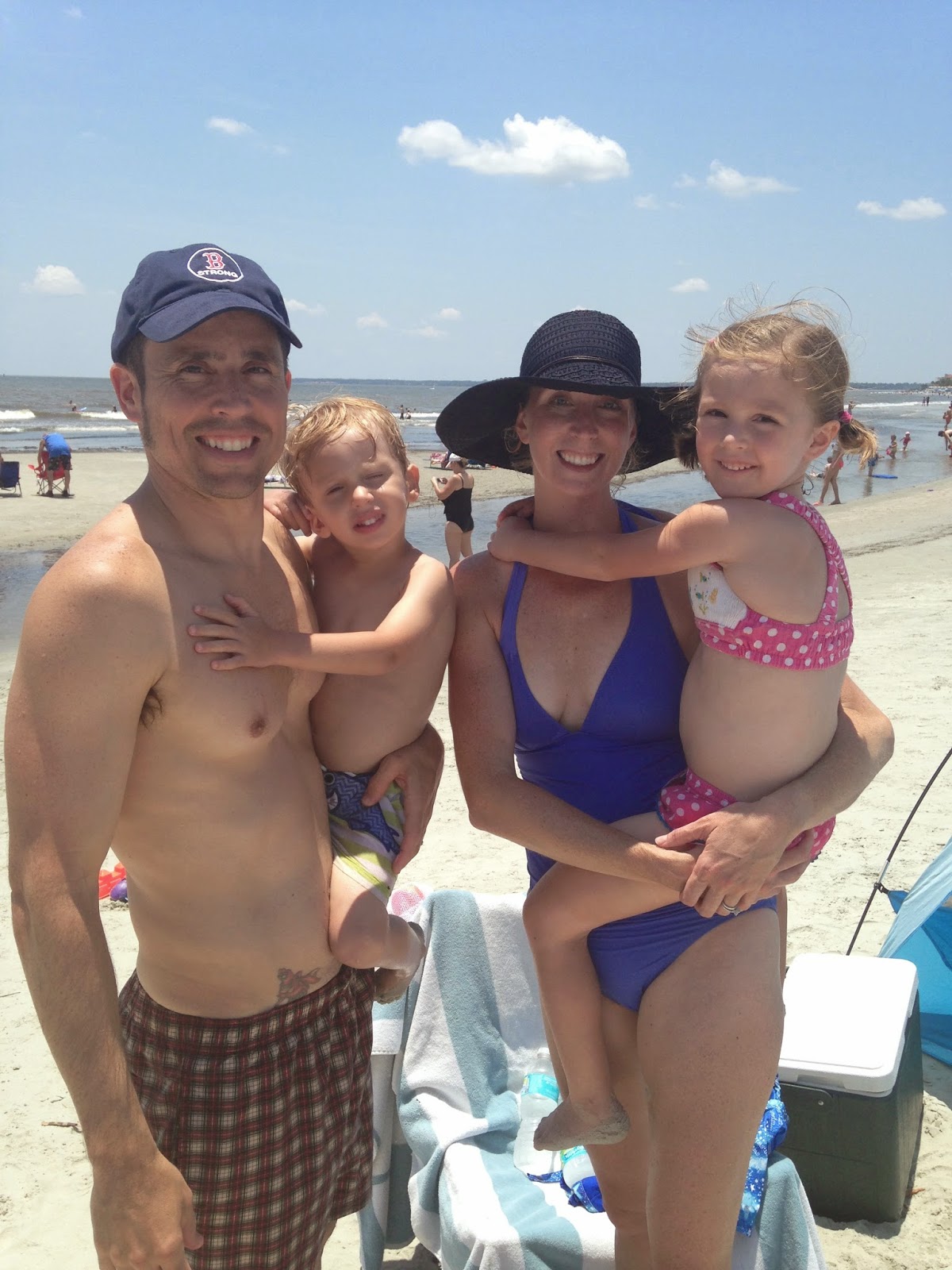 The tide pool got pretty large by day’s end. Hannah and Joseph did not want to leave. Joseph had this little game where he threw his water cannon/shooter thing and then set off to get it, only to toss it further. Wasn’t a fun game for Momma who was trying to make sure he didn’t get too far or fall in water that was almost waist-deep in the center. 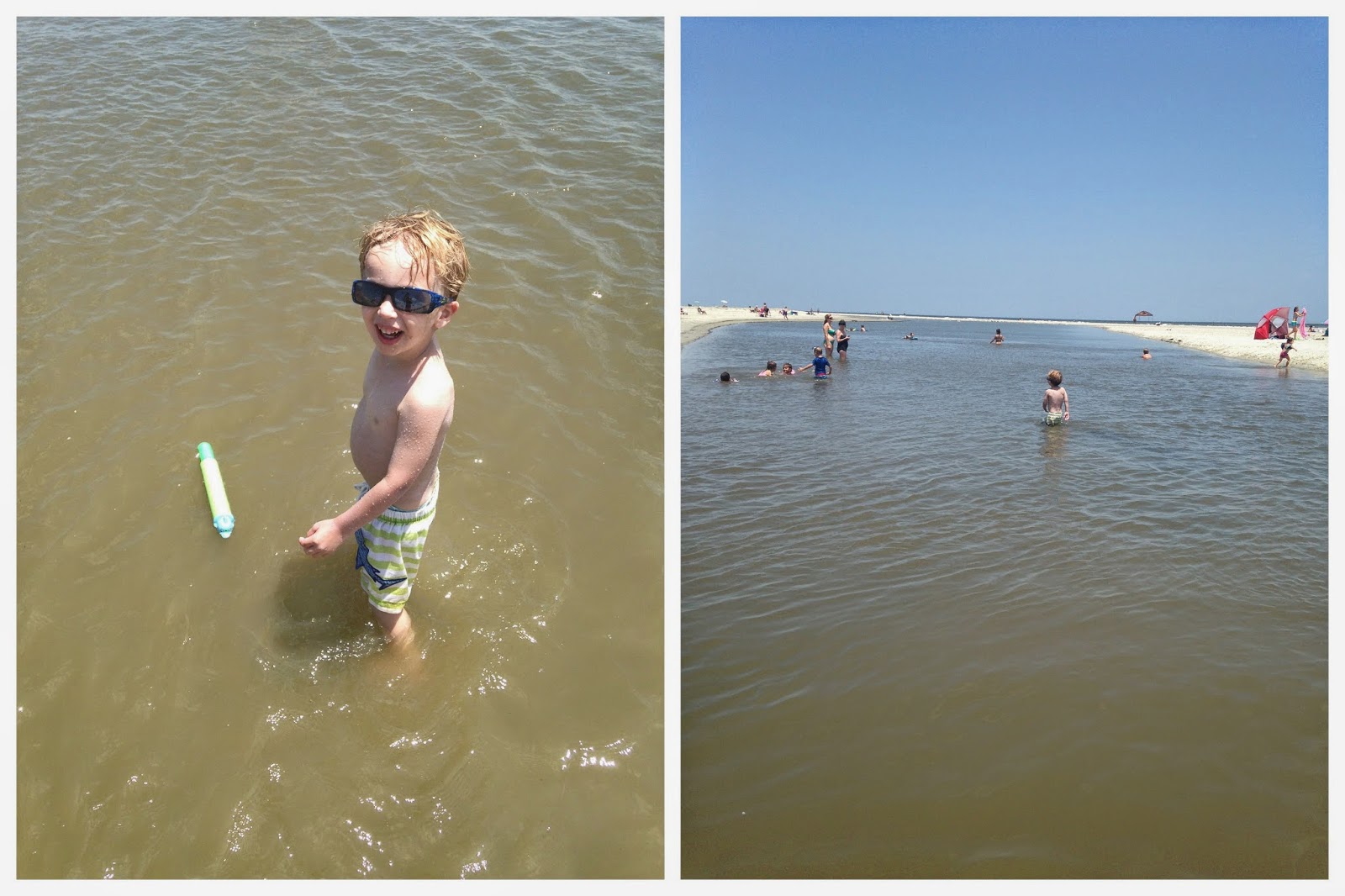 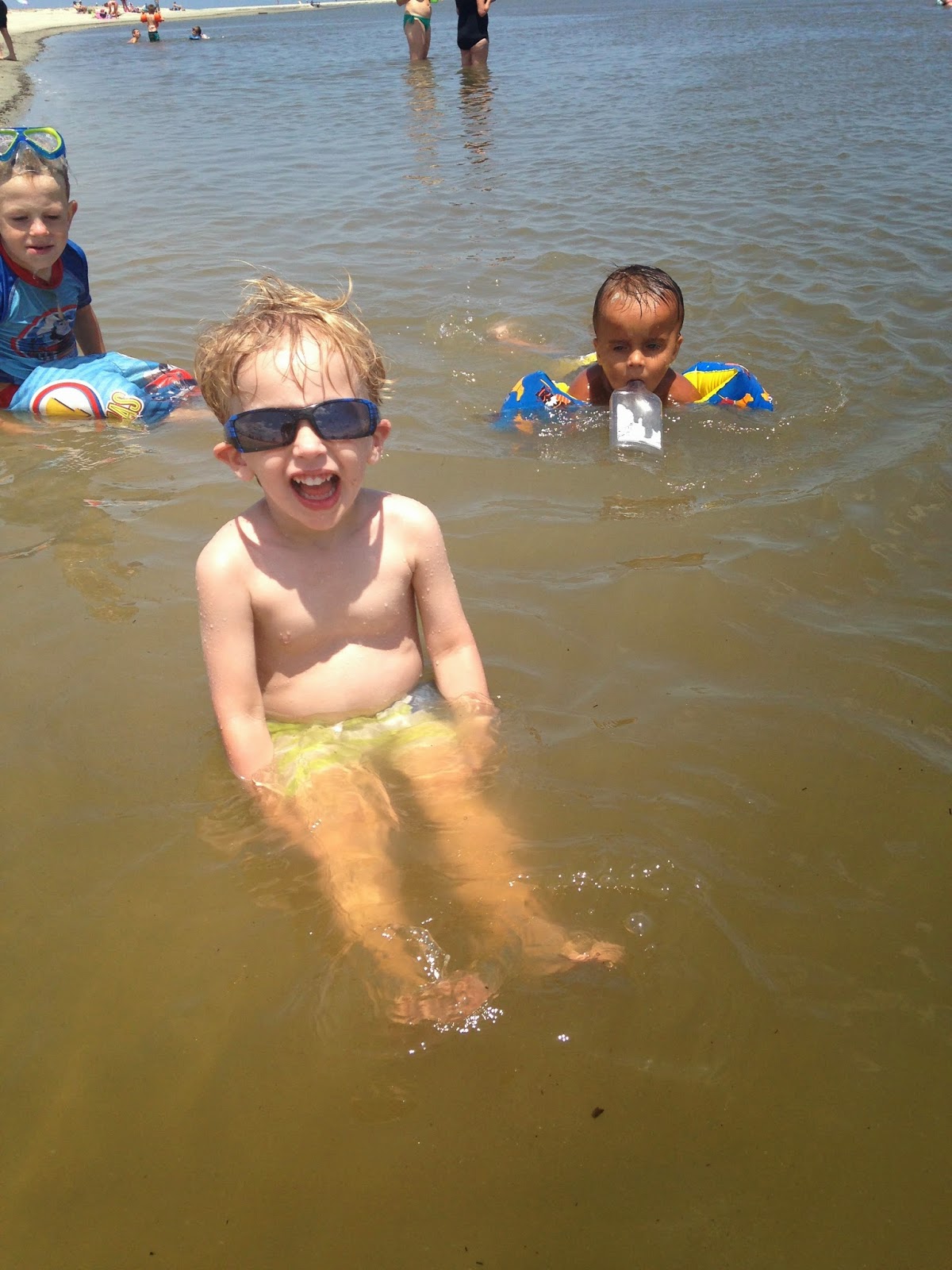 I love the happiness on my little boy’s face, but I couldn’t cut out that little boy on the right with his mouth around a liquor bottle. Can you believe it!? He was just swimming along. 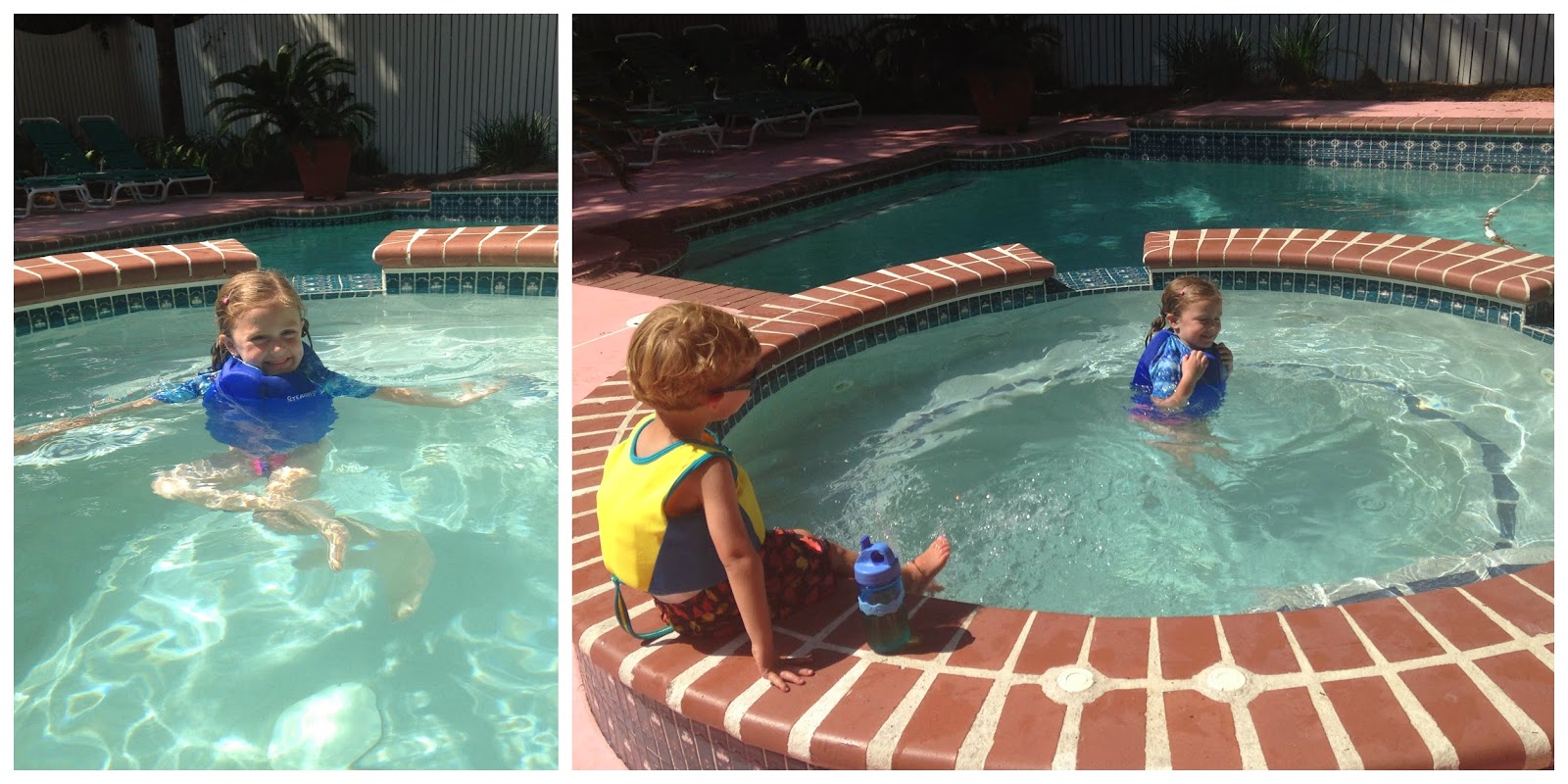 There is a pool at “the pink house” and the cool water was perfect. Joseph didn’t get a nap either day, but he did fine and both kids slept well at night, sharing a bed in a room by themselves (yes, they had to be quieted a few times, but eventually they settled down). We also went out to supper a little earlier. 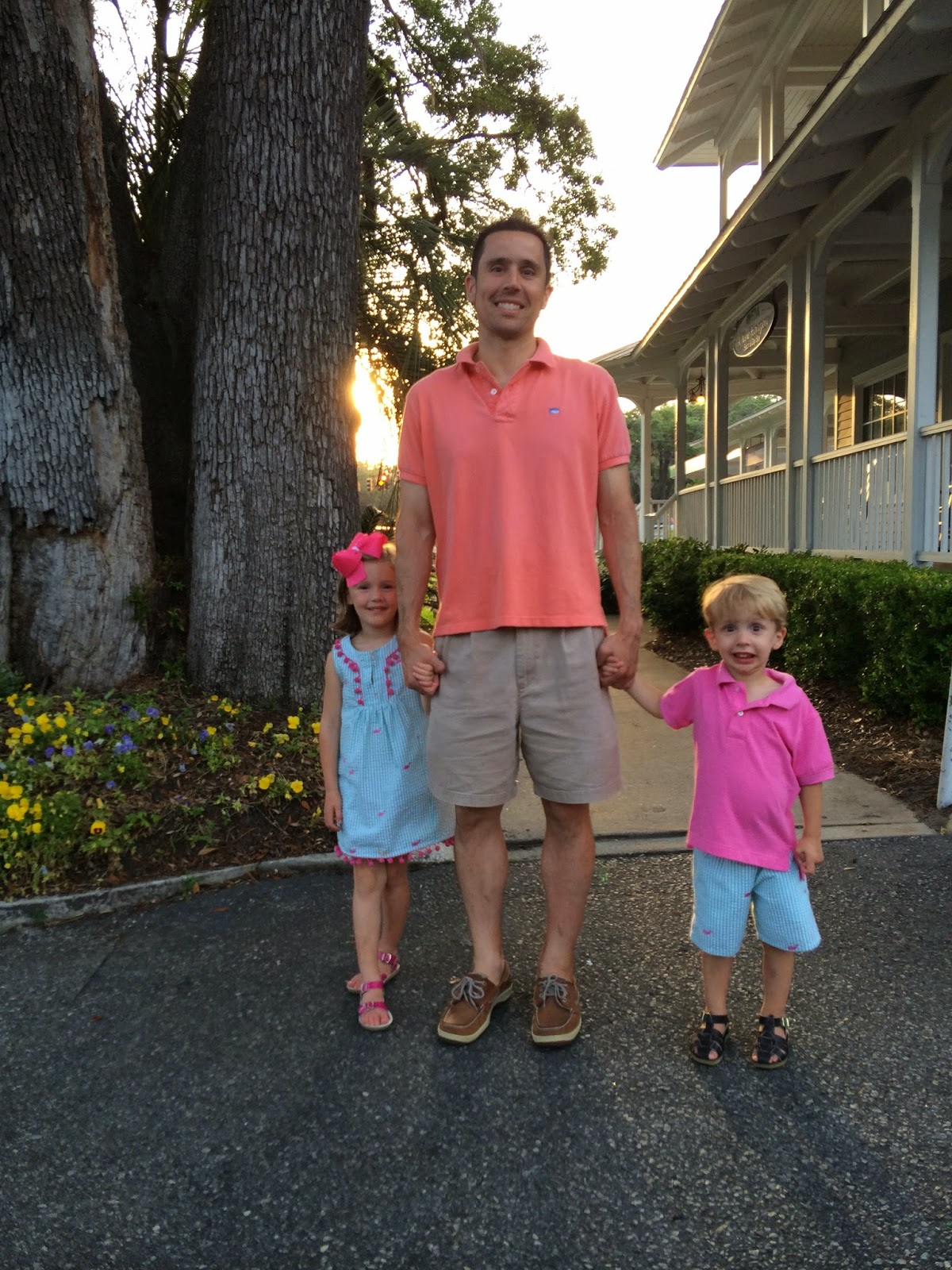 After dinner our second night we walked to pick out dessert at the candy shop in the village. Joe and I tried to get a picture of our sweet children, but one of them wasn’t being too sweet. 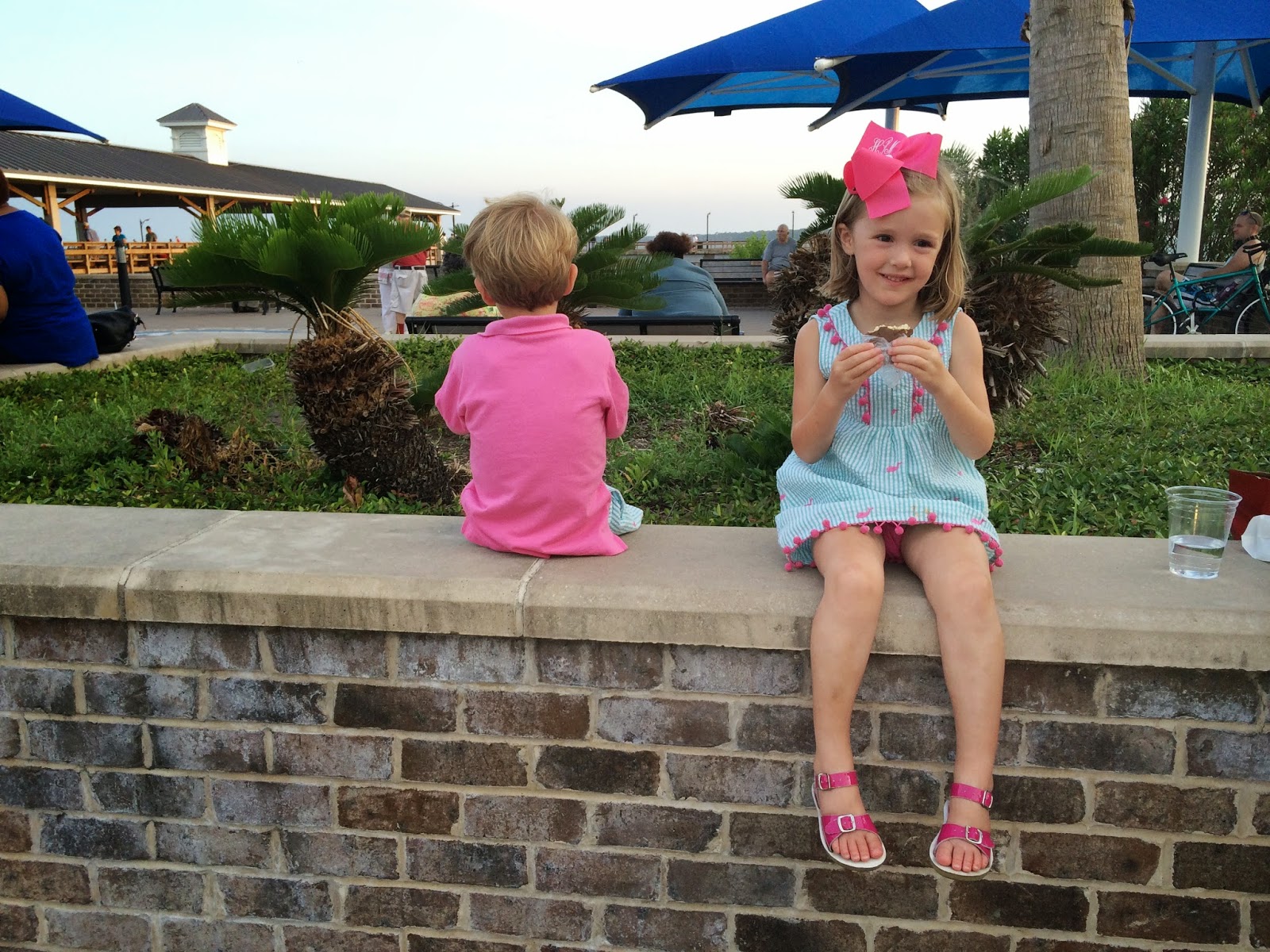 Still…this is my favorite photo from the whole week: 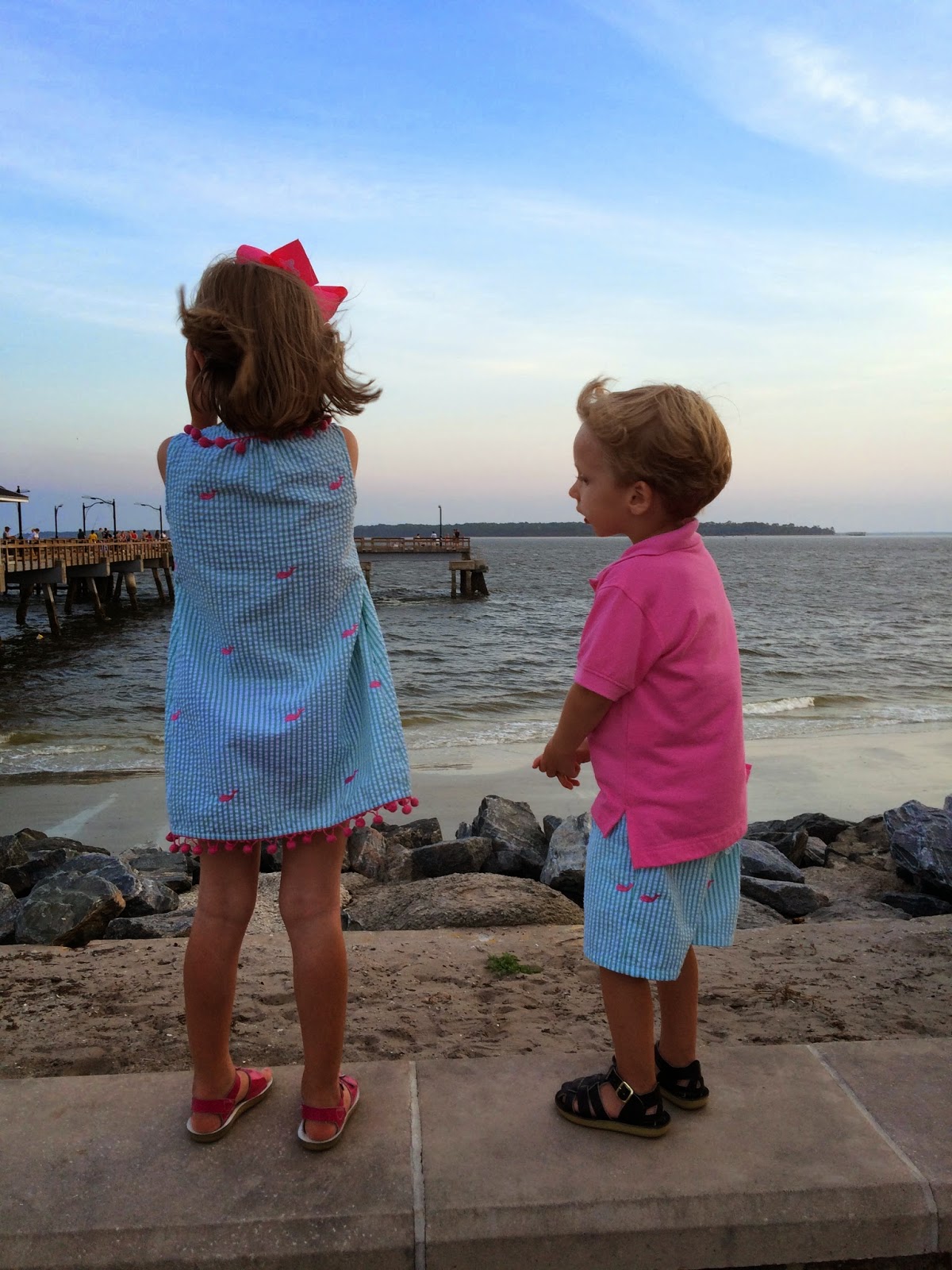 Before we left on Friday, we stopped for lunch at Southern Soul. The BBQ might be second to none. We were all in the clean plate club. Joseph’s facial expressions. Love it. 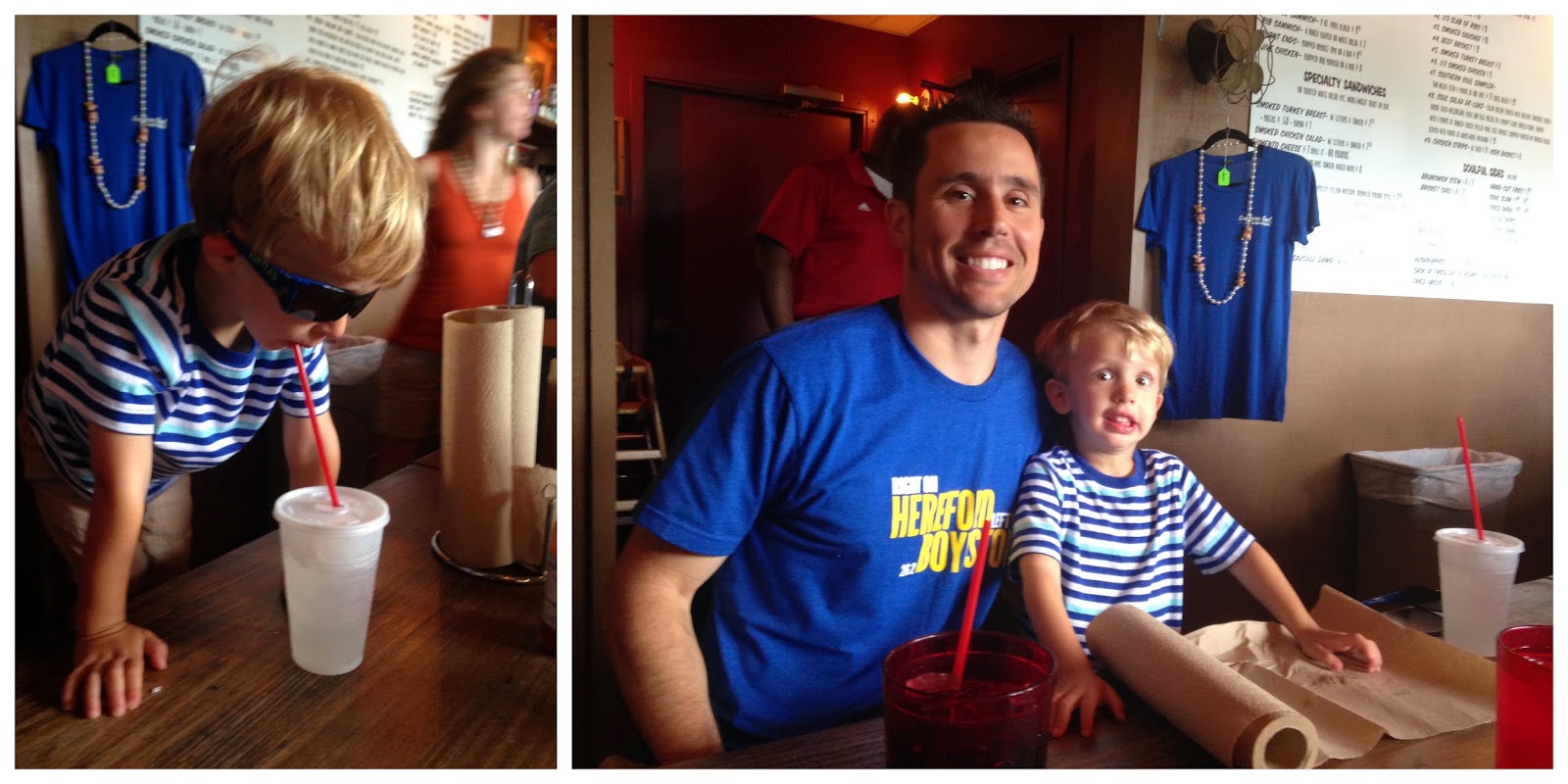 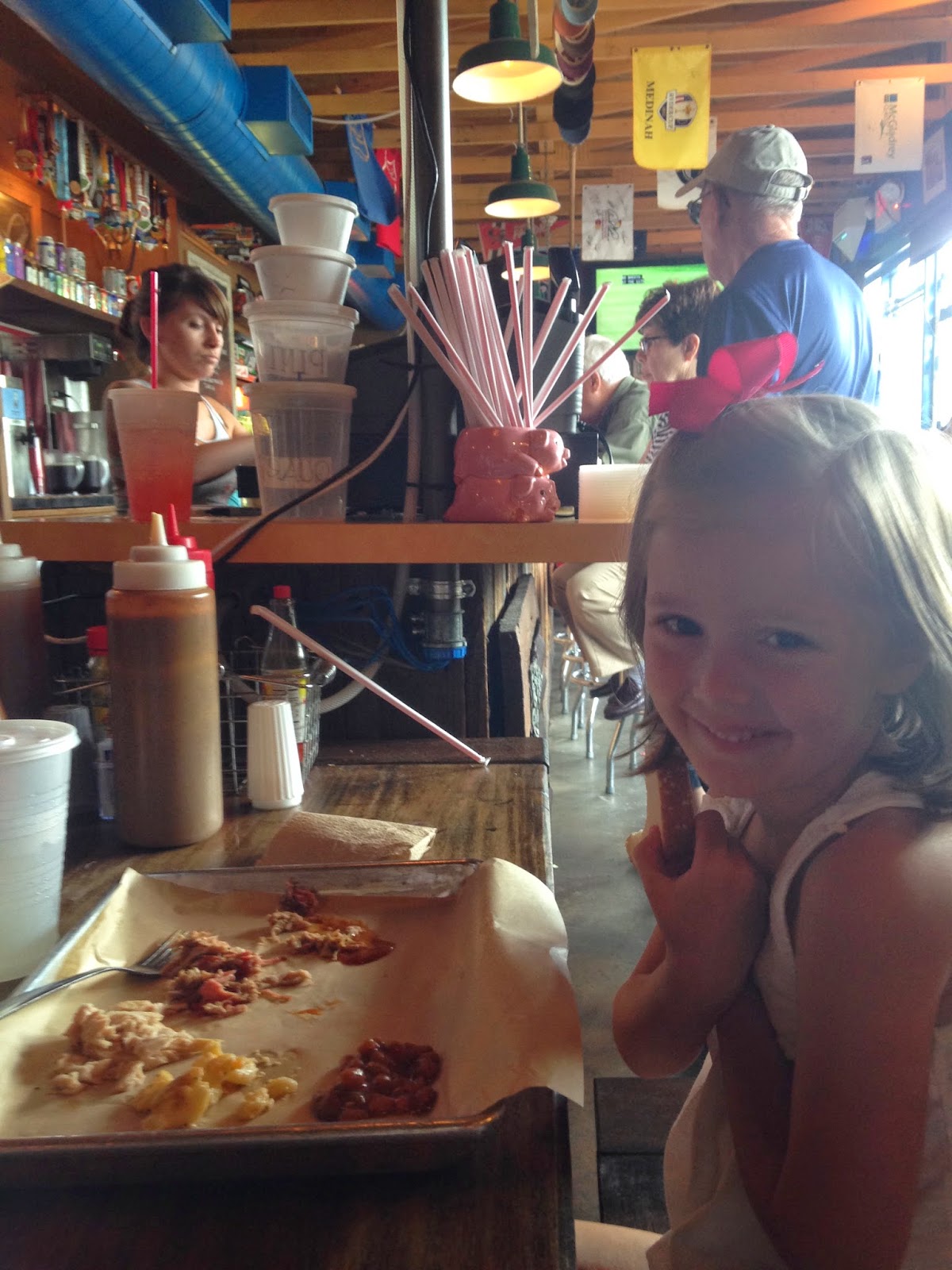 It was a fun week and our best beach trip yet. I brought my good camera, thinking I might take some posed pictures of brother and sister on the beach or near the lighthouse, but I never even took it out of the bag. What we have, instead, is the above assortment from my phone. Still, I captured the memories.