We’ve had a wonderful weekend. The weather on Friday and Saturday was perfect for playing outside. And so we did, logging lots of hours in the backyard, playing on the swing set, riding in the jeep, and blowing bubbles… 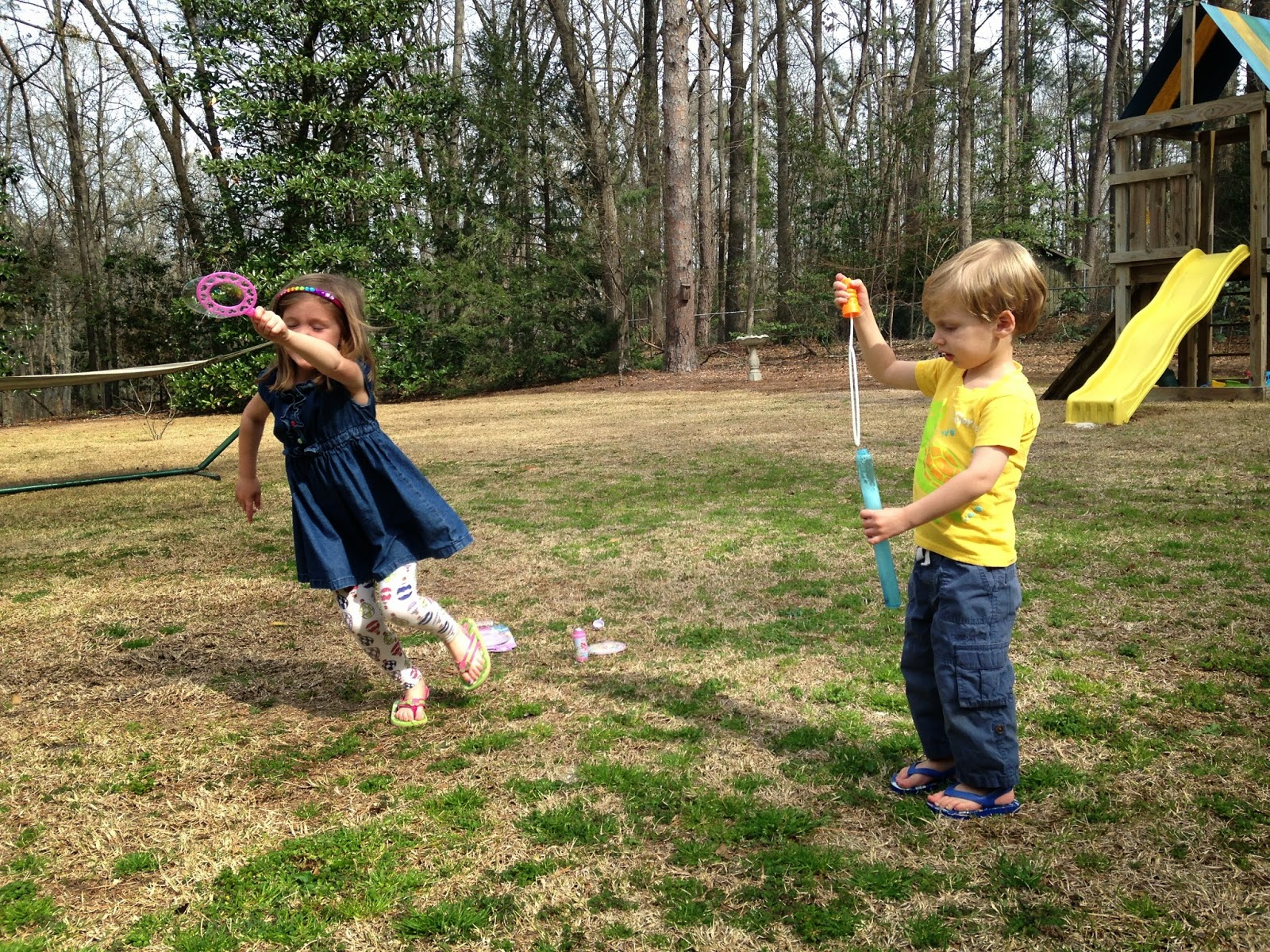 Hannah has the hang of it and she loves to chase them around. 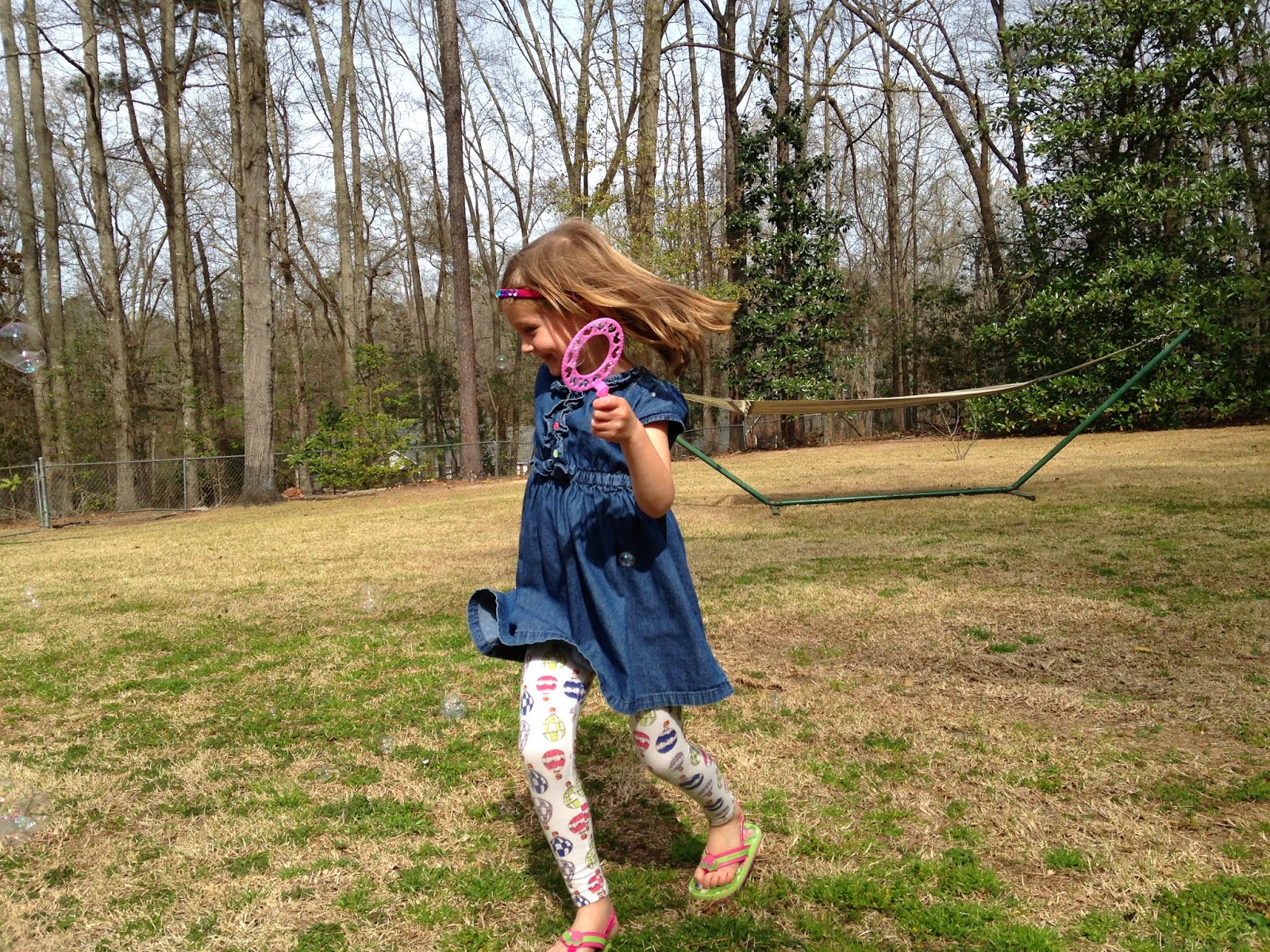 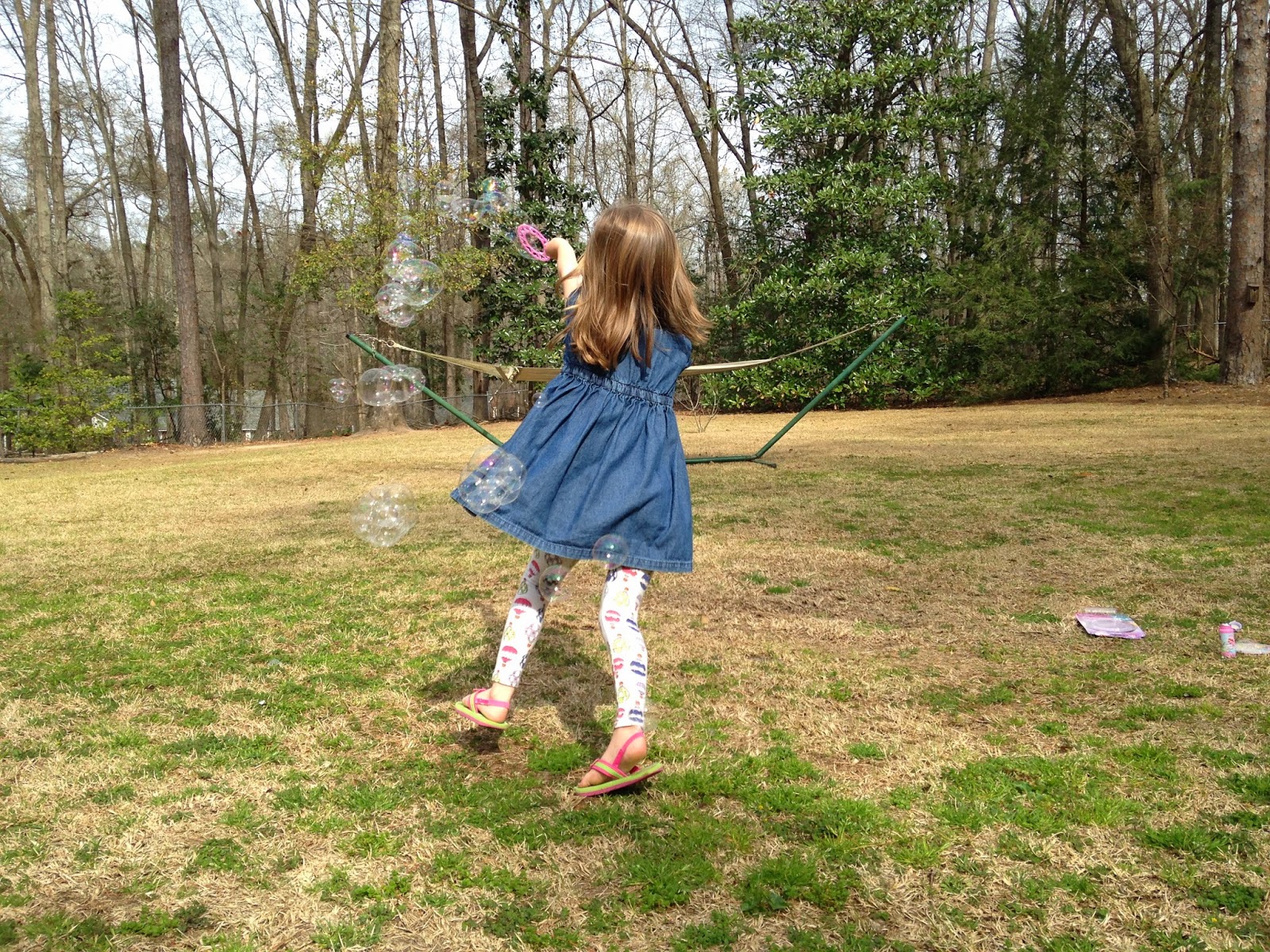 Joseph spends most of his time pumping the wand in the tube. Apparently he thinks that is how it’s suppose to work. 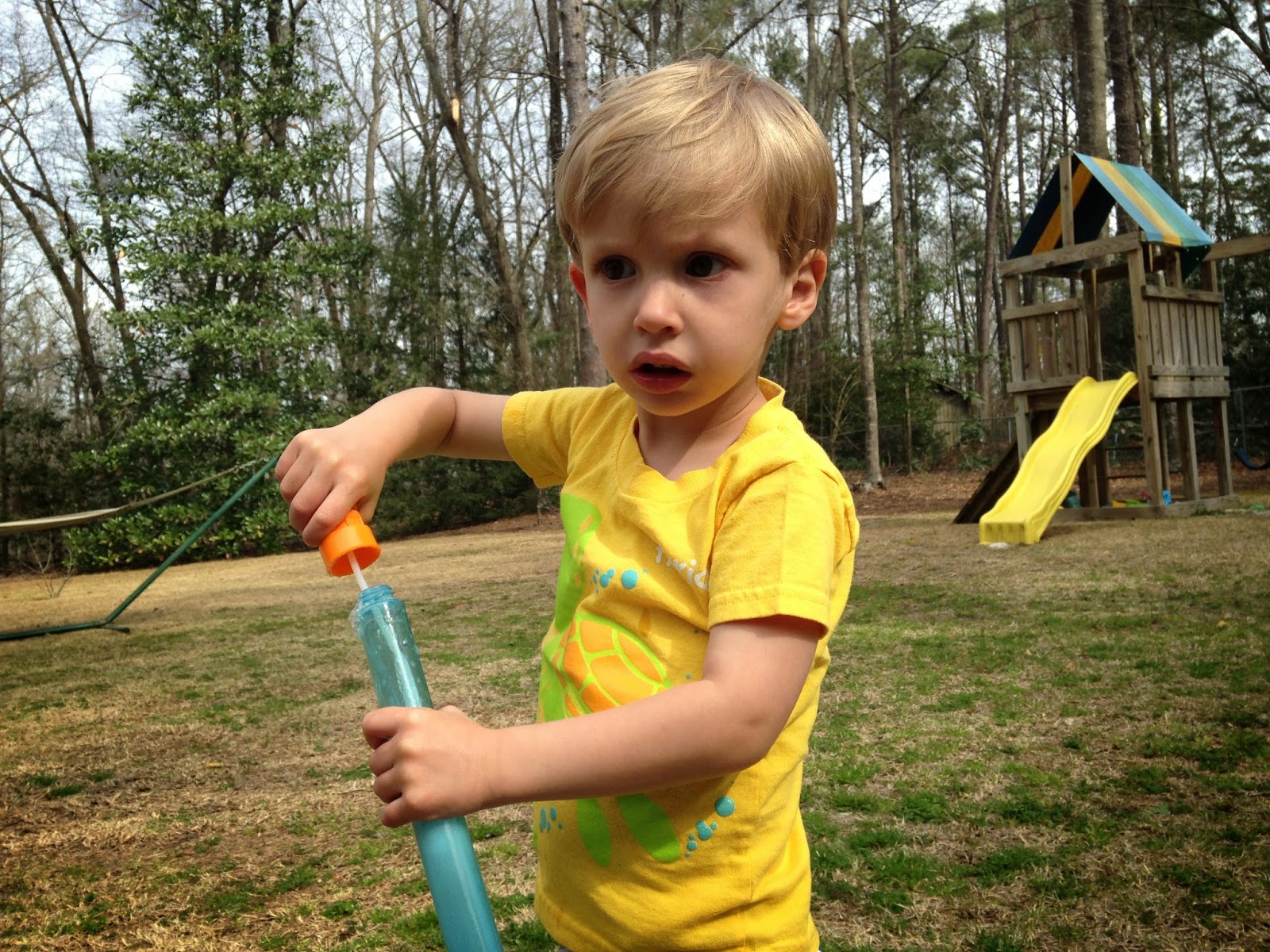 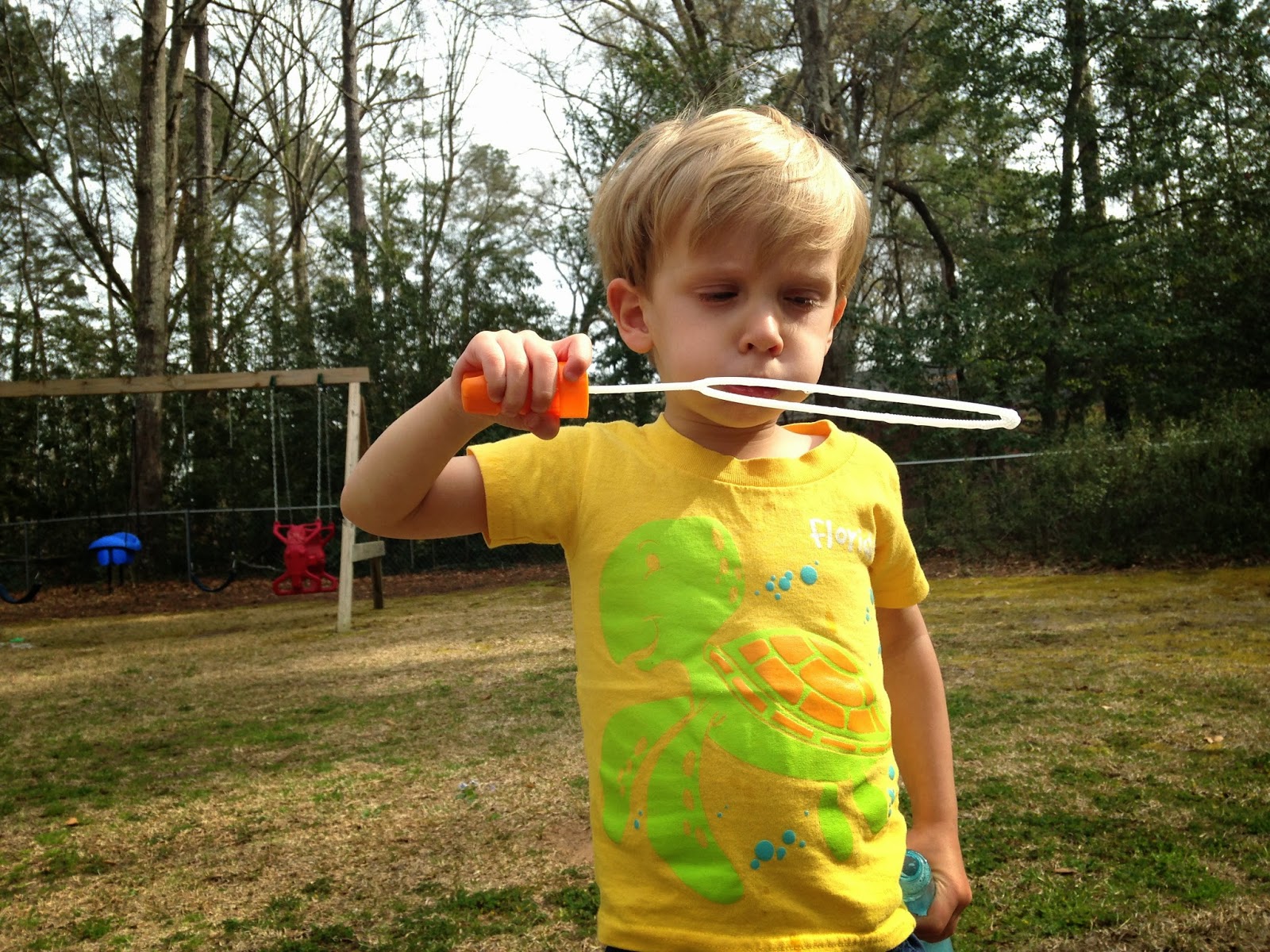 He gets frustrated when no bubbles come out when he blows, so it’s back to pumping. 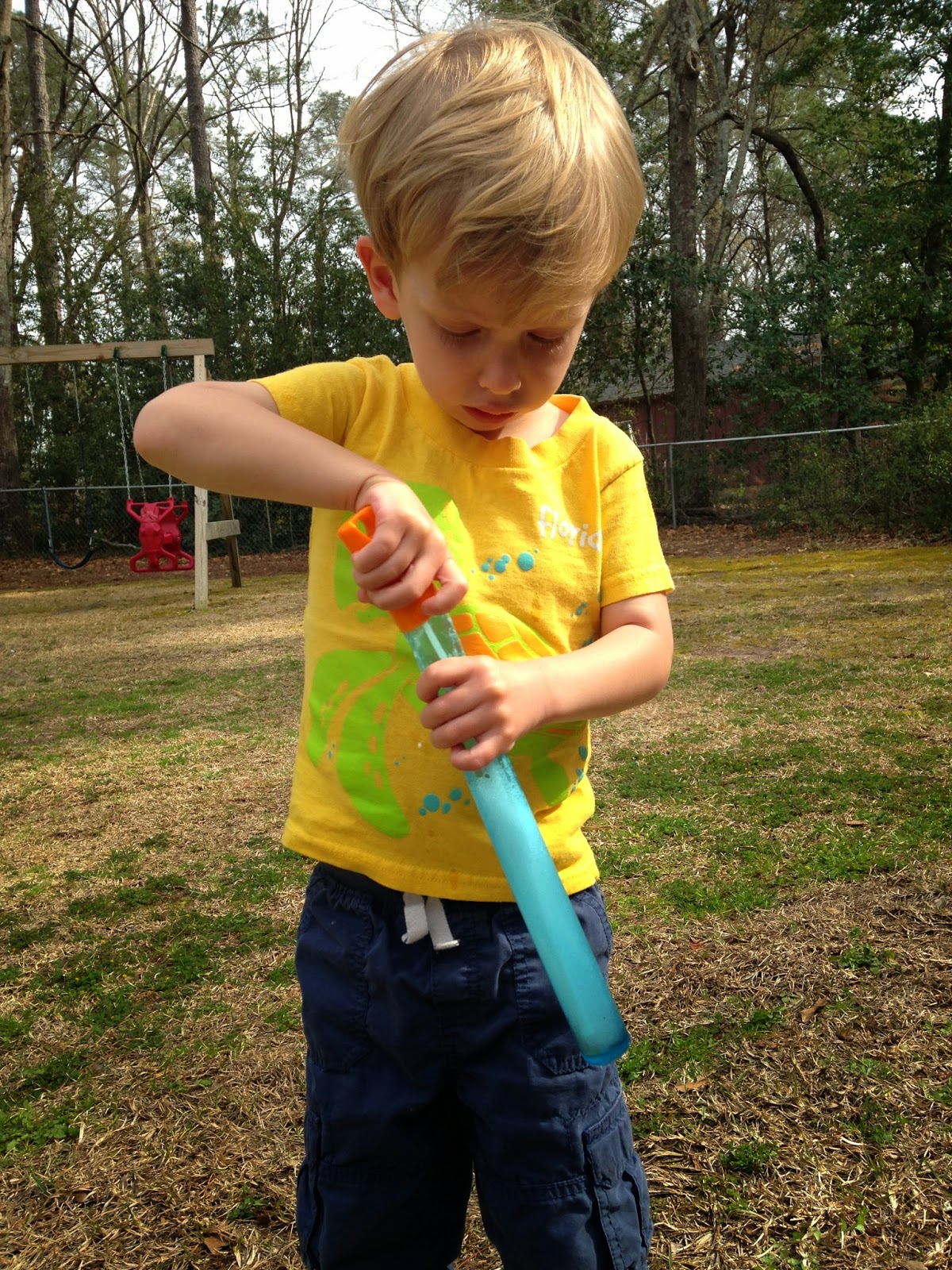 He doesn’t really want anyone else to use his bubbles, or try to help him. He is determined…and stubborn. 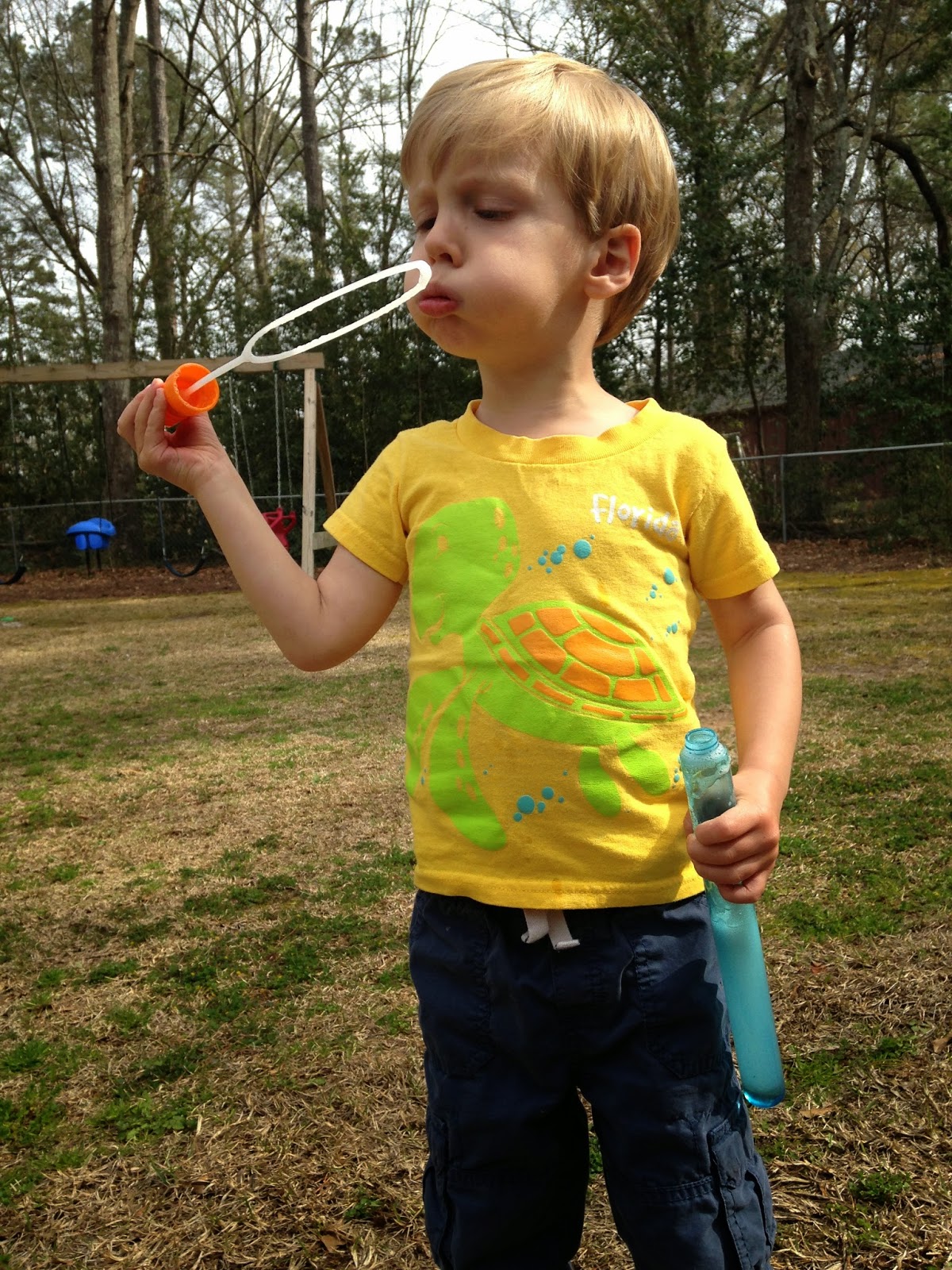 Saturday morning, Hannah and Joseph joined Joe for his cool-down after his 15-mile run. 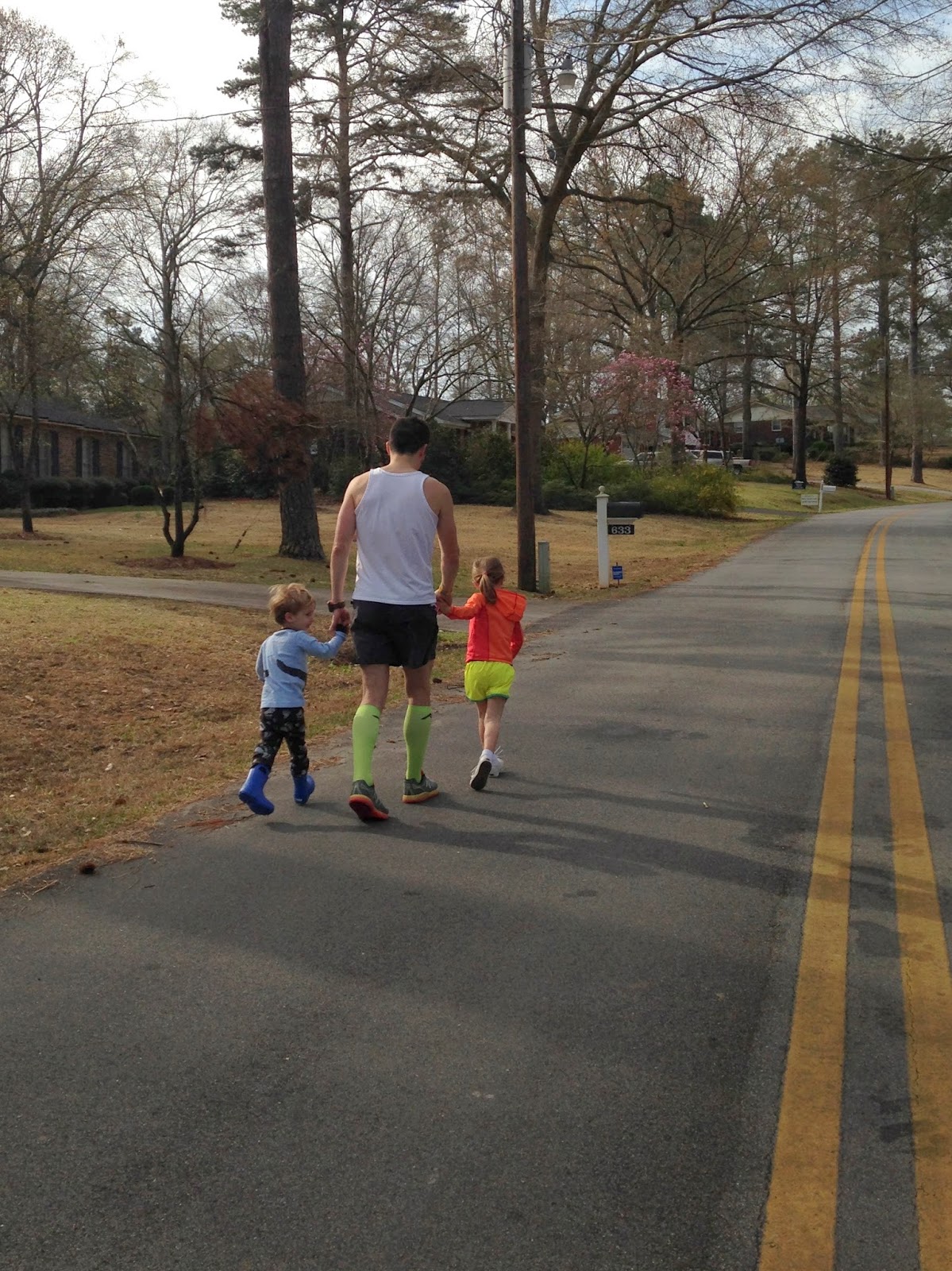 Hannah took off, the boys not going fast enough for her! {Yes, Joseph is in pajamas and rain boots.} 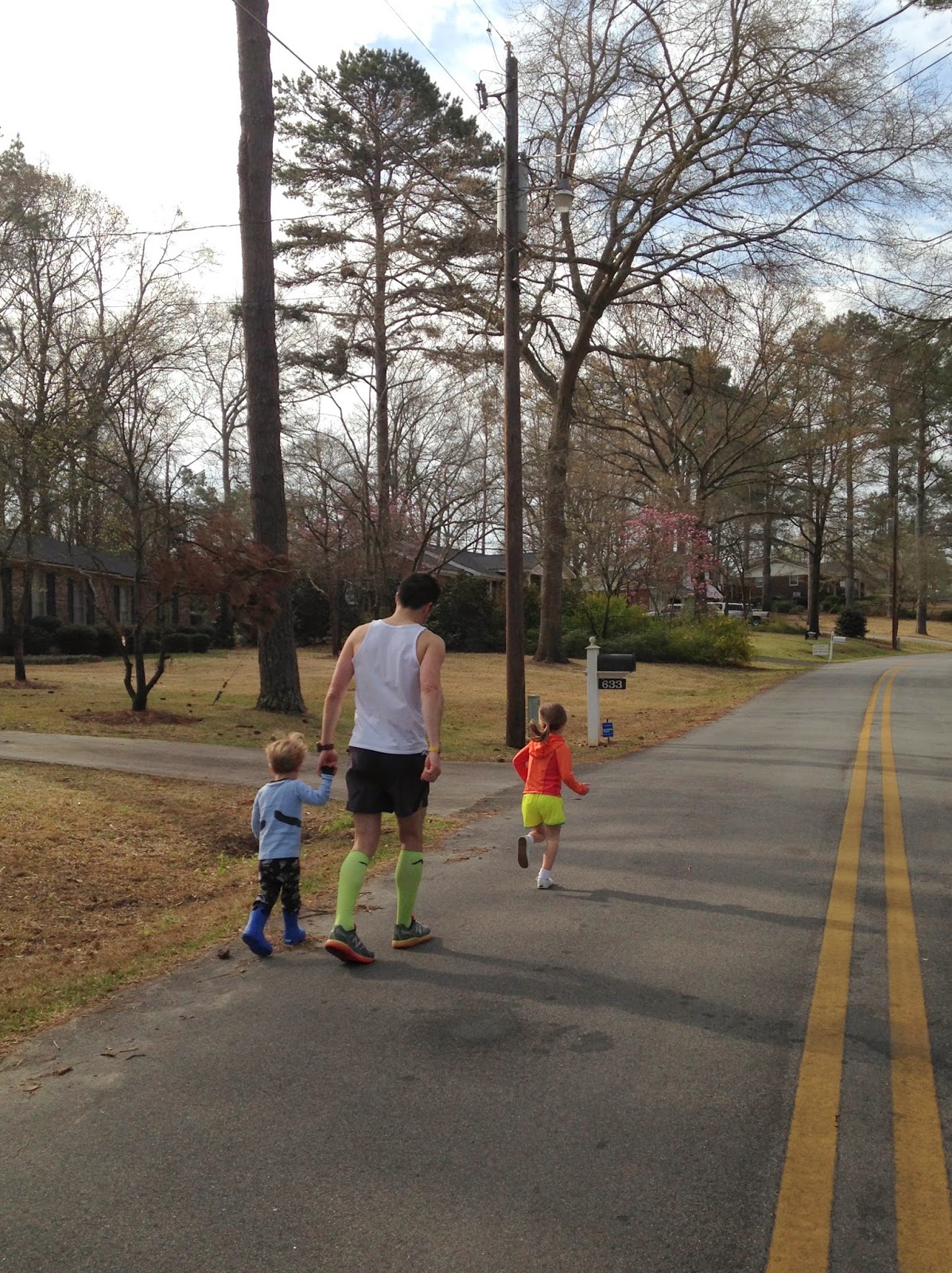 As for Joe’s recovery, he has been facing a setback and has had a lot of pain in his ankle. His last two long runs have been painful and the countdown is on. Four weeks til Boston. 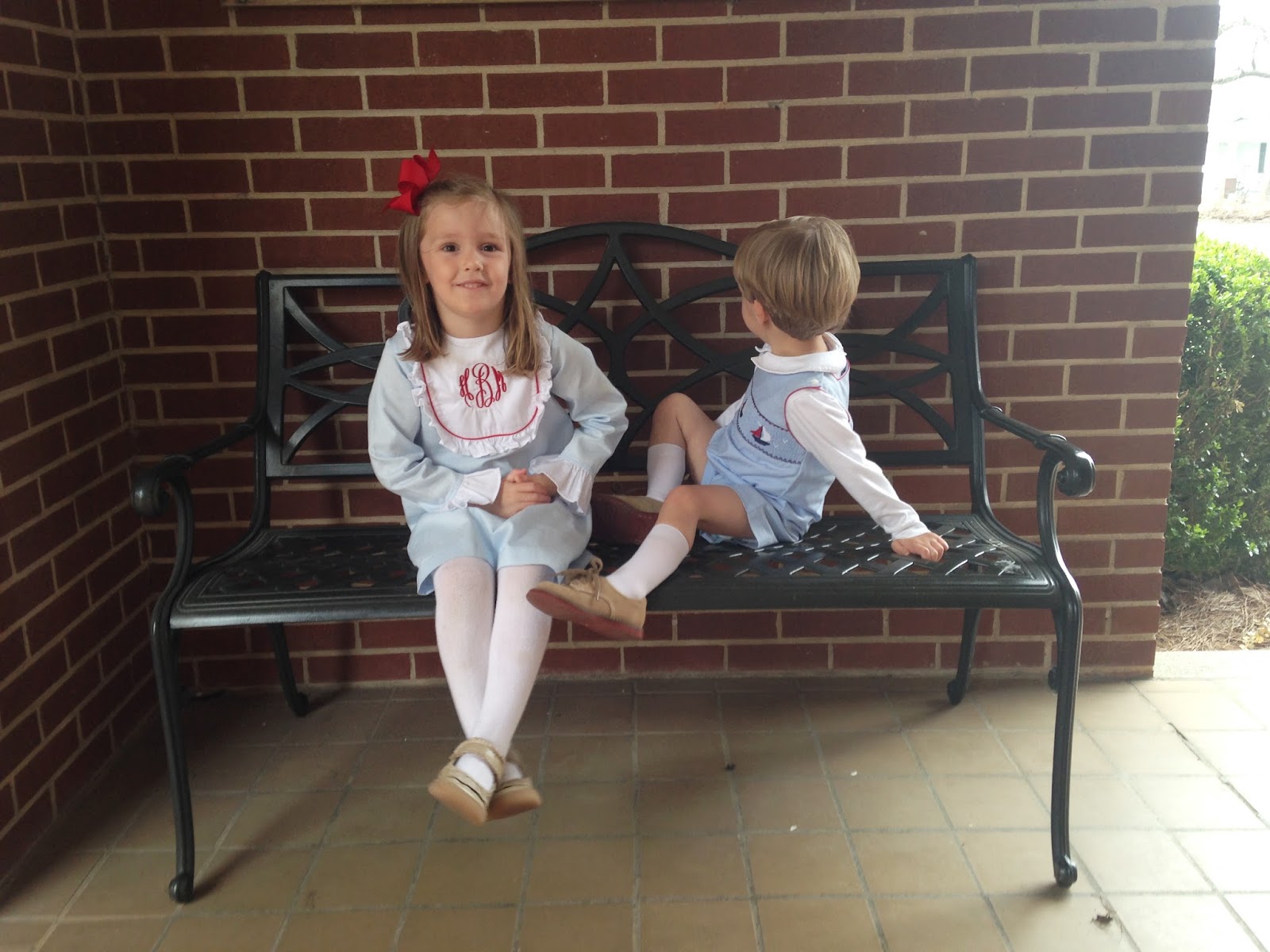 I might be able to start a collection of photos like this of Joseph. Not into the whole cooperating for a picture thing… This was taken after church.

I was a nursery volunteer today. I was in the infant room, but when Joseph saw me holding another little boy, he did not like it. In fact, he cried and cried until his face was red and his eyes were puffy. The little guy I was holding did not want me putting him down. When I walked in Joseph’s room, he looked at baby Mitchell and said “That’s MY mommy!!” I had two little boys crying in my arms.

I decided at 8:30 this morning that I would take H+J and go to the 9am worship service. Surprisingly enough, I had us all ready and at church just a little bit late. It was our first experience at the small, chapel service. {There is no nursery.} Keeping Joseph quiet was a challenge, but he mostly did ok.

I hope you are having a happy Sunday, too.