Last week, when it was cold and rainy and we were stuck inside trying to get better, I felt inspired to do something crafty and festive. We love decorations and so I picked up some supplies at Walmart and set out to make a heart felt garland with Monkey.

I was happy with the end result, and she loves it.

My workspace in the playroom: 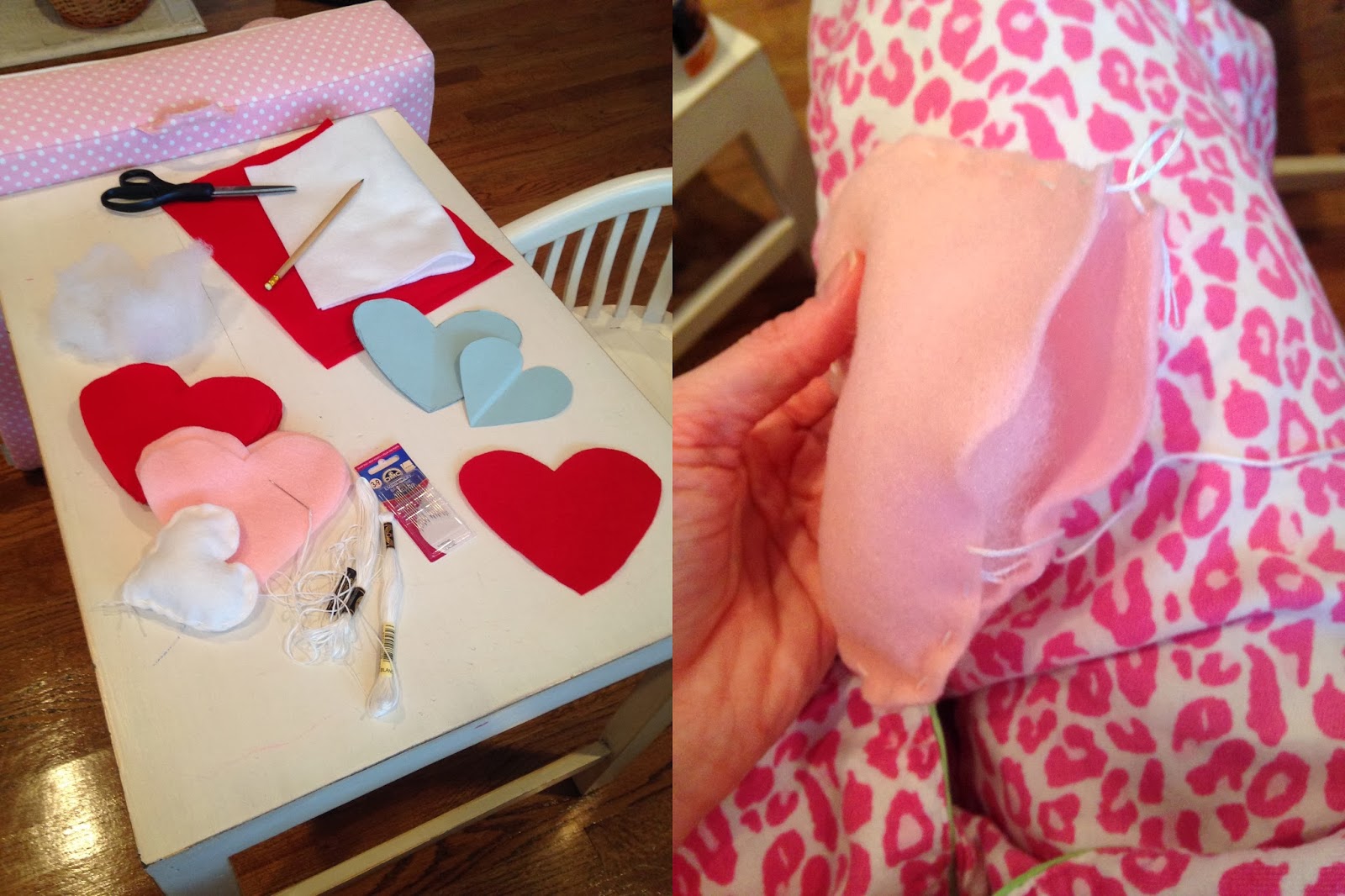 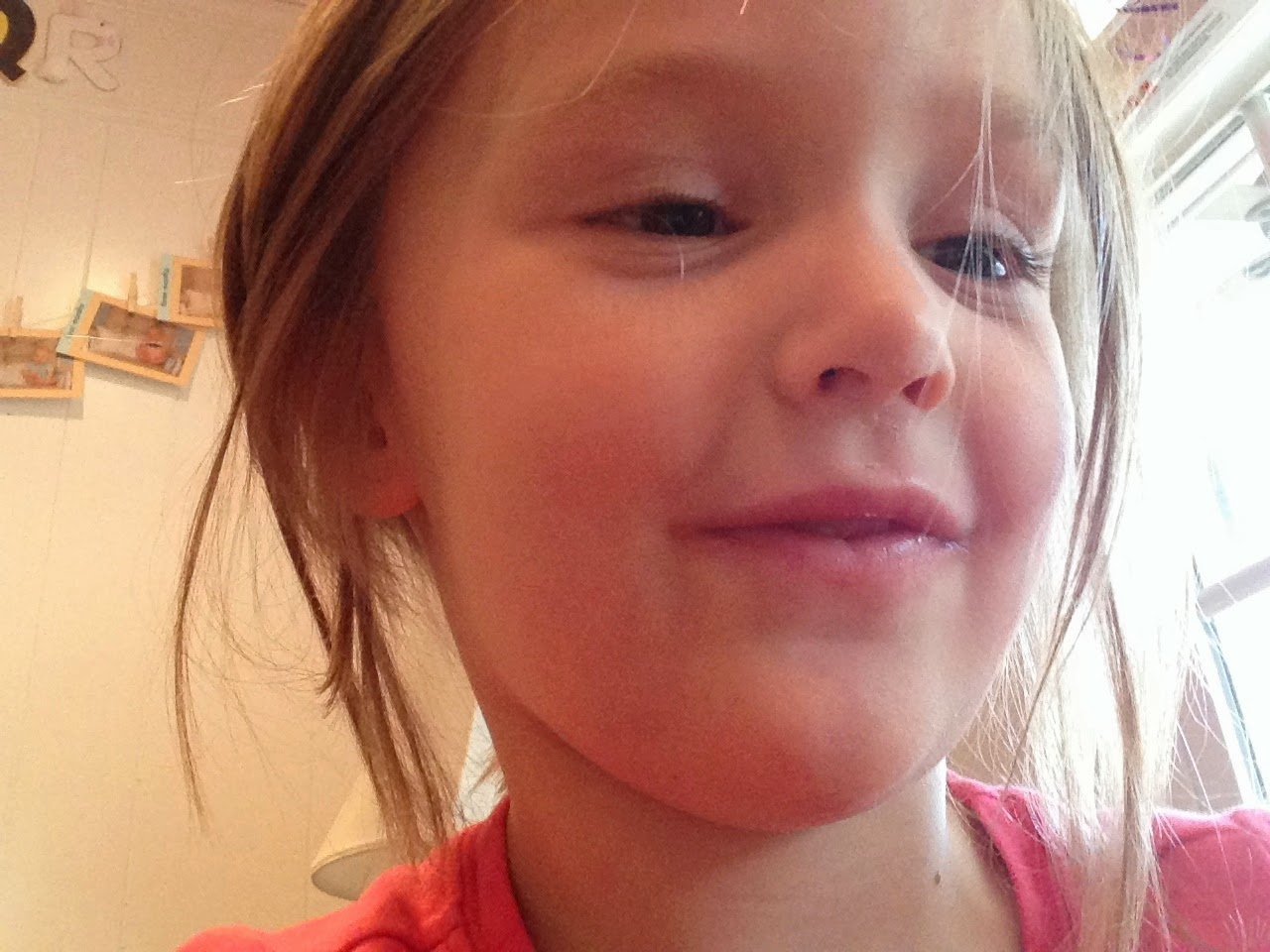 It wasn’t difficult but it did take some time, as I worked on it here and there over a few days. My biggest challenge was threading the needle. After having to go to my husband a few times, I got him to show me how he could do it so easily. If you’re interested in making a Valentine garland, this is how I did it… 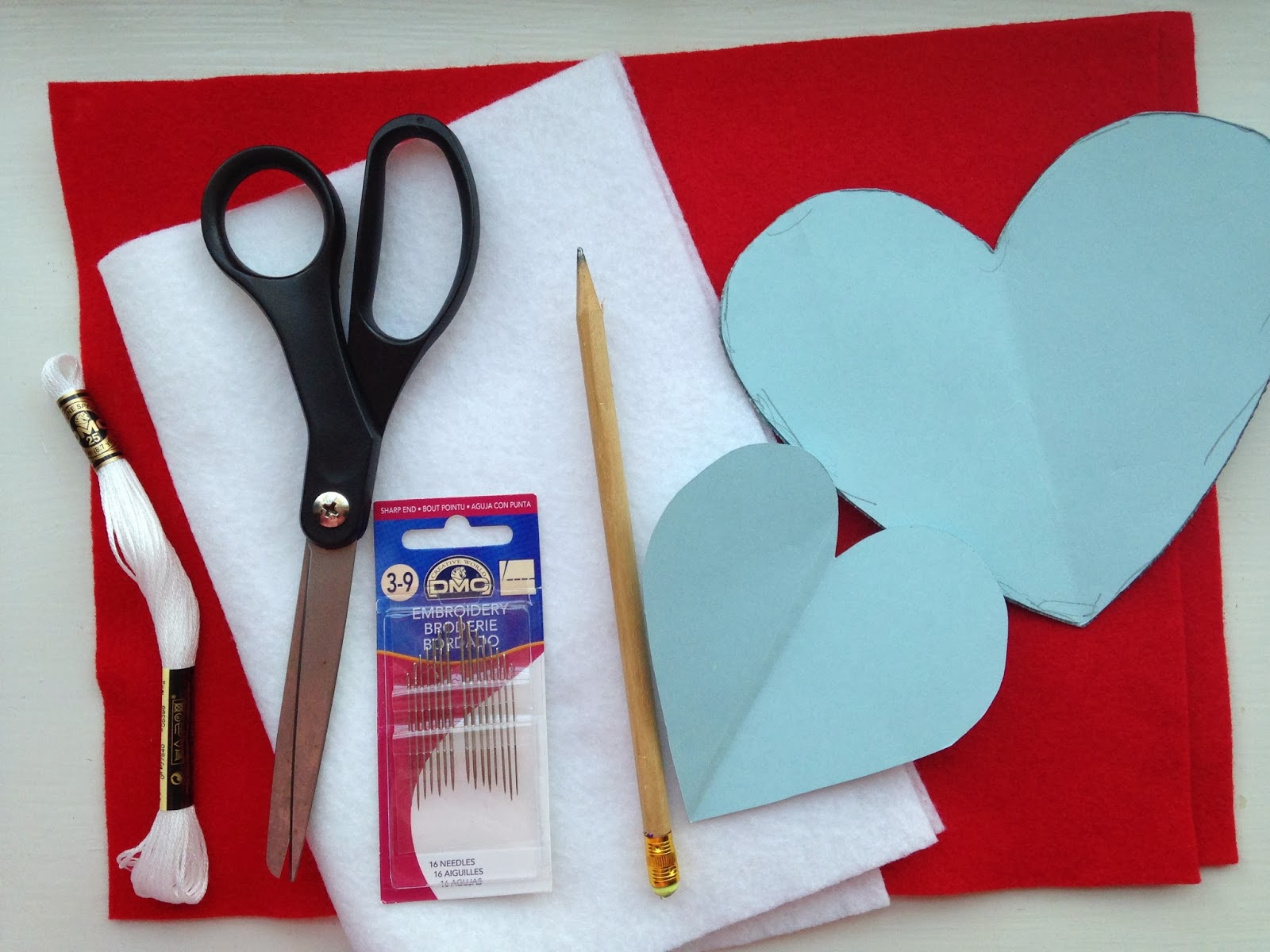 felt – red, white and pink {I wanted mostly red and white and used pink as an accent color. Amount depends on how big you want your garland. I actually wasn’t prepared at the store, and just made some guesses and tweaked as I went along.}
card stock
pencil
scissors
white embroidery thread
embroidery needle
poly-fil stuffing
white yarn

I love a sketch, so here’s my plan: 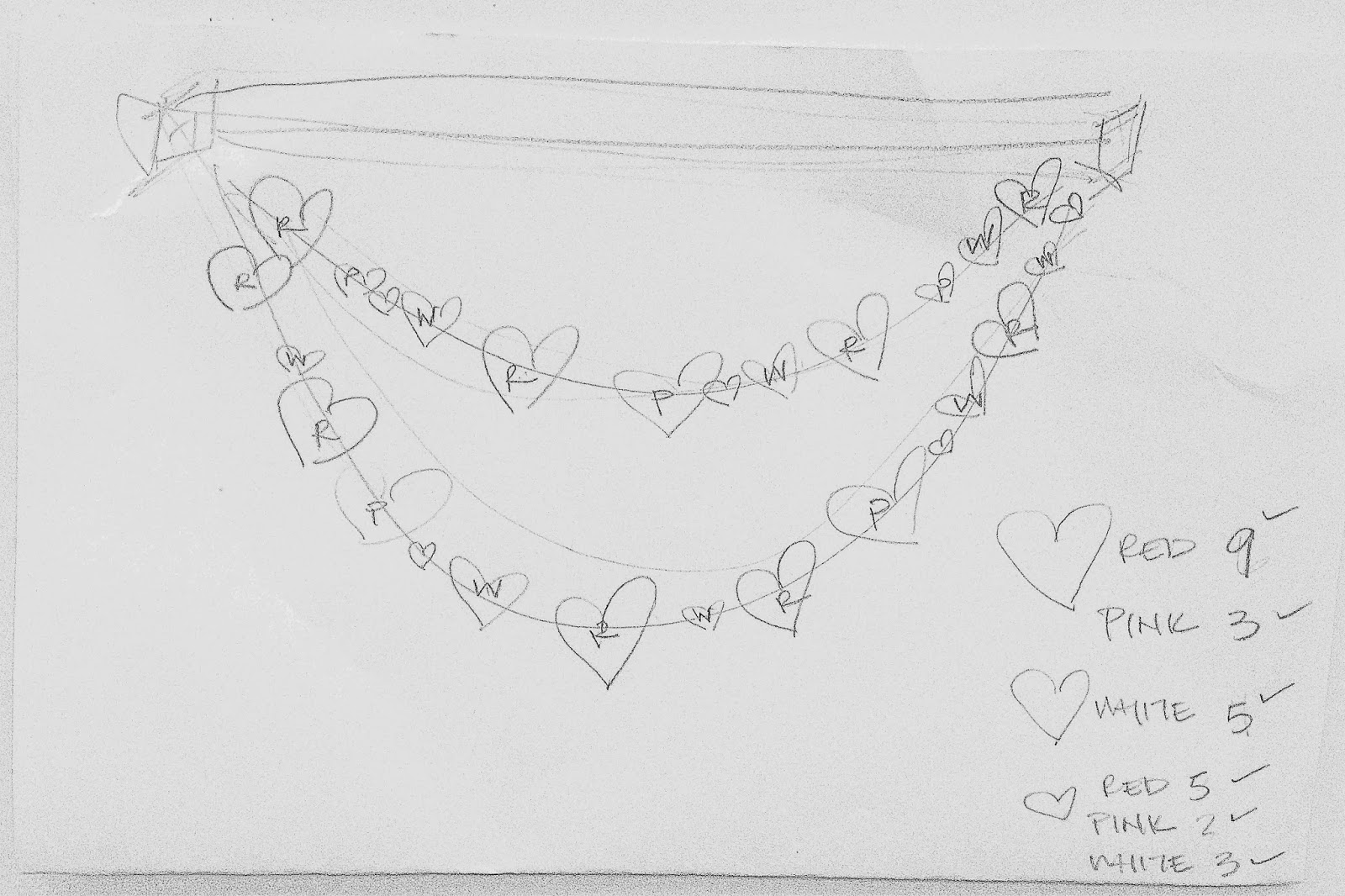 Step 1: Cut out heart shapes from card stock and trace on felt. 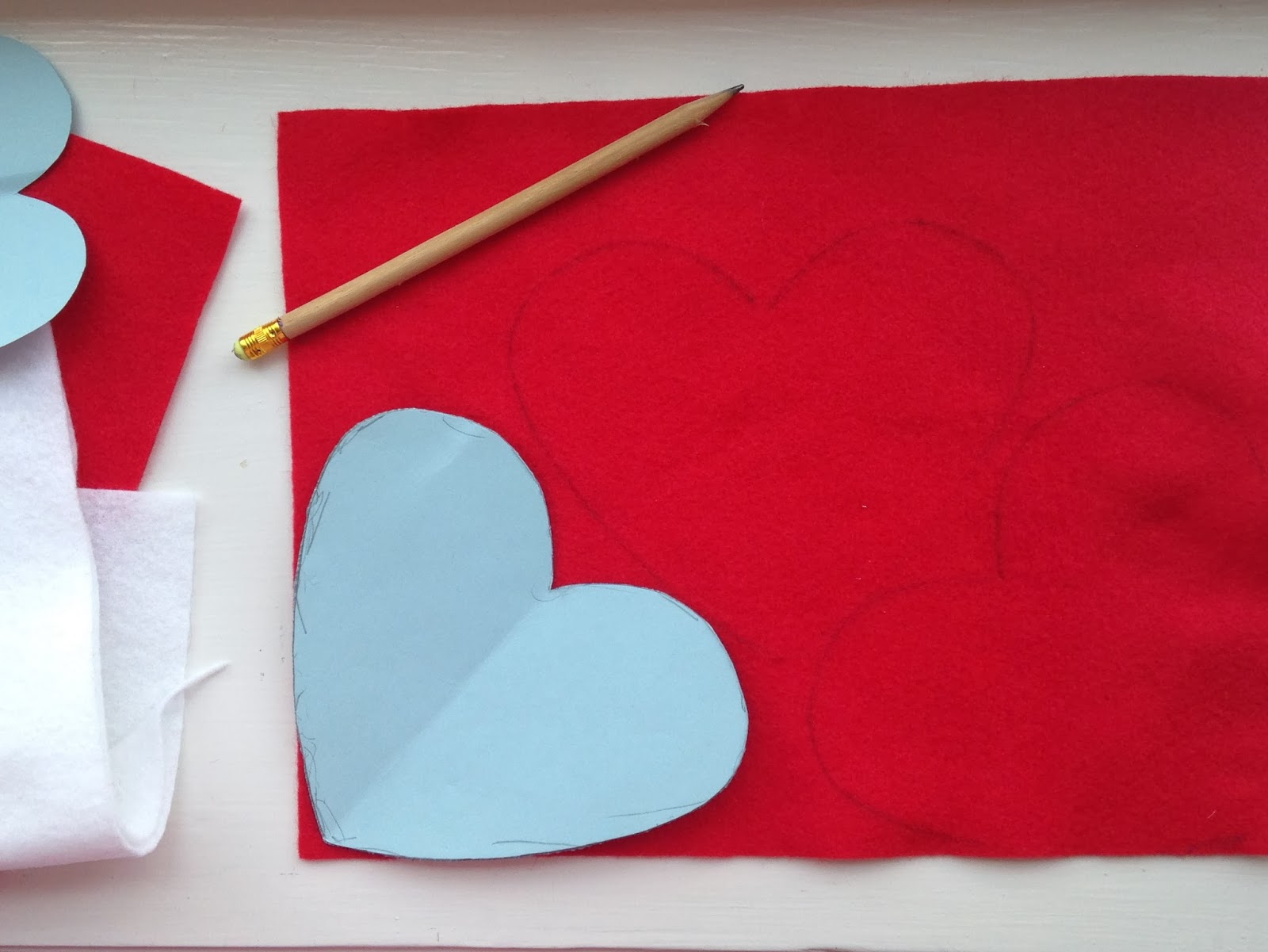 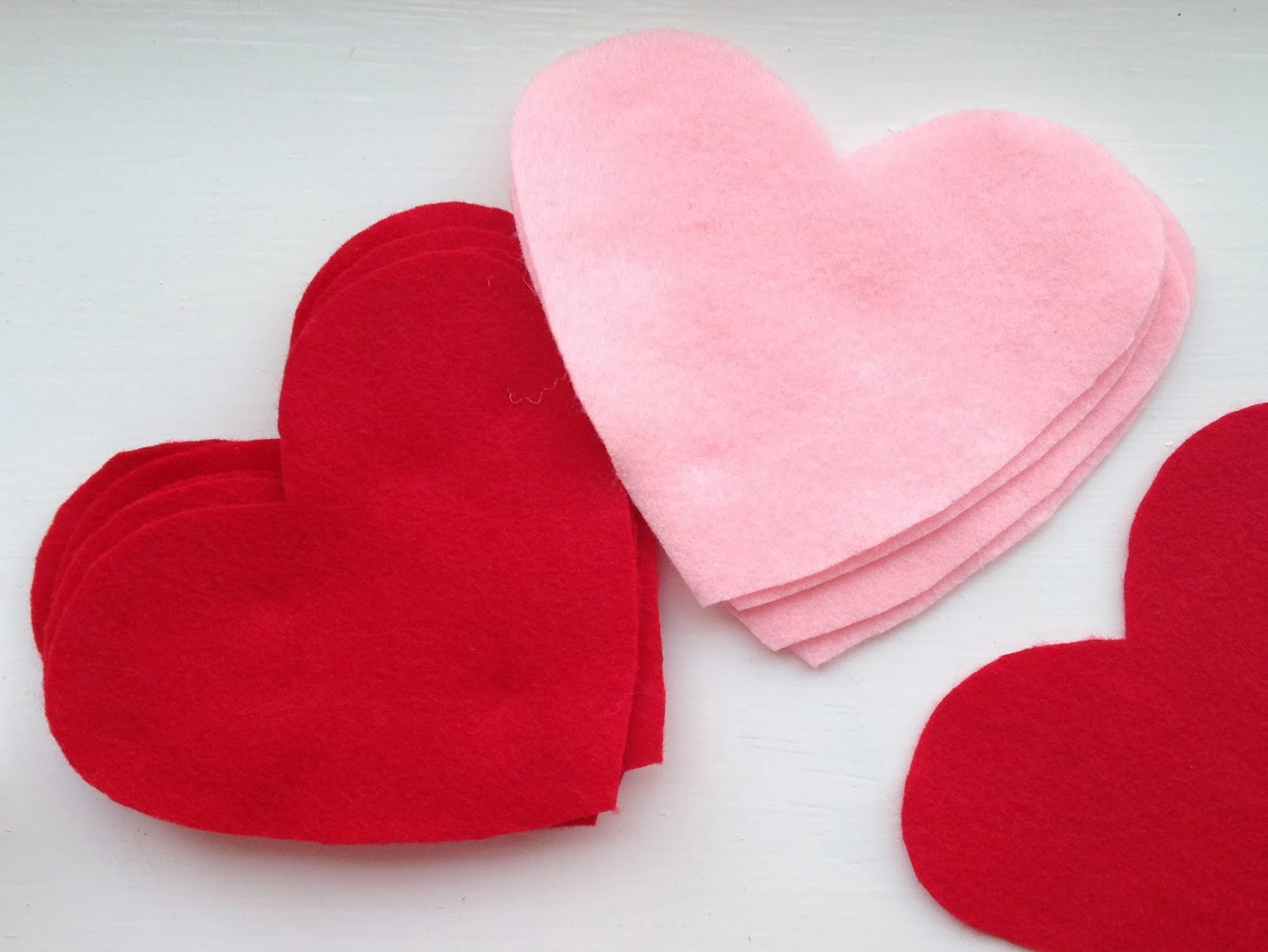 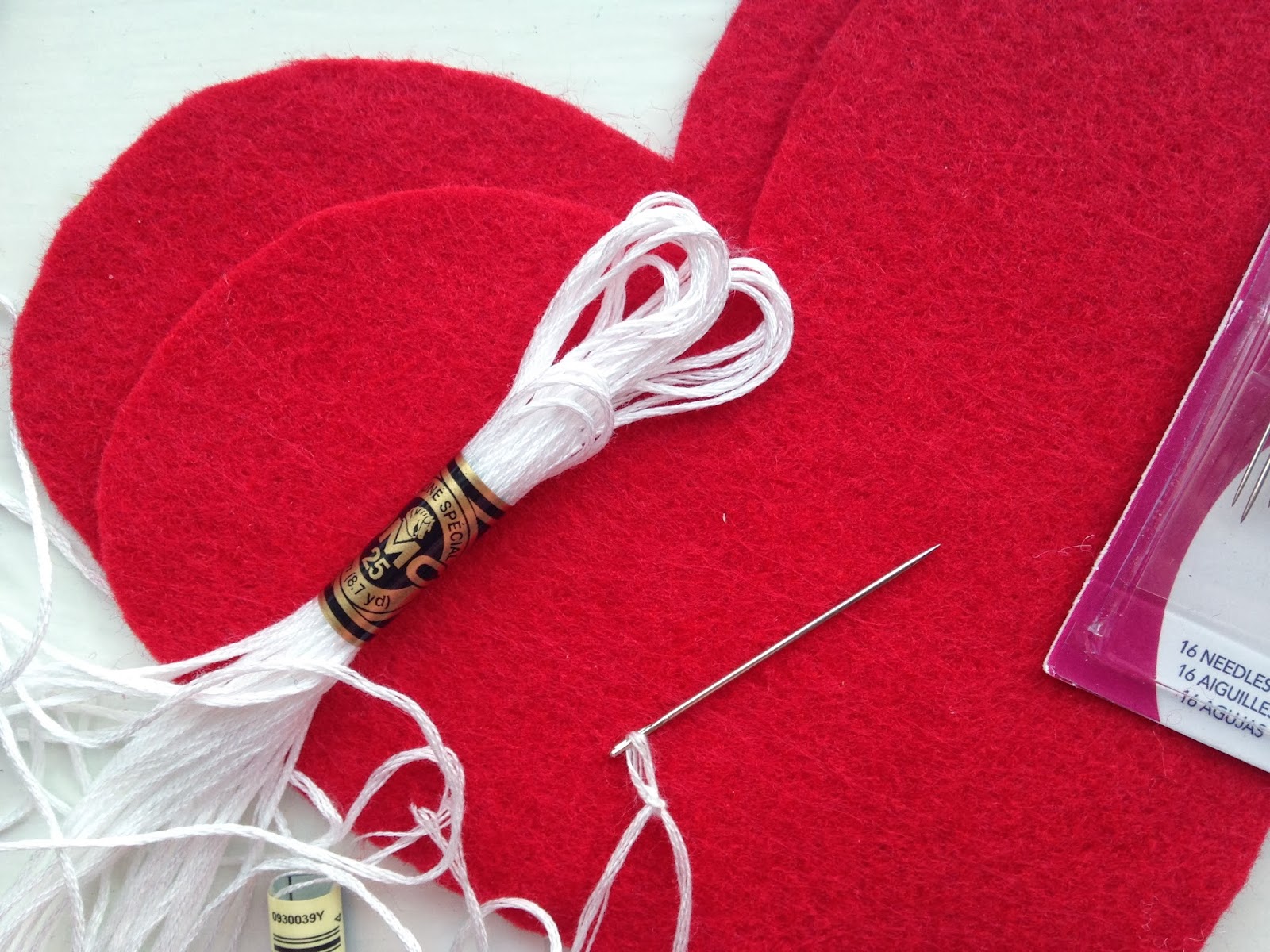 The stitching does not have to be perfect. I did it fast and am no seamstress. 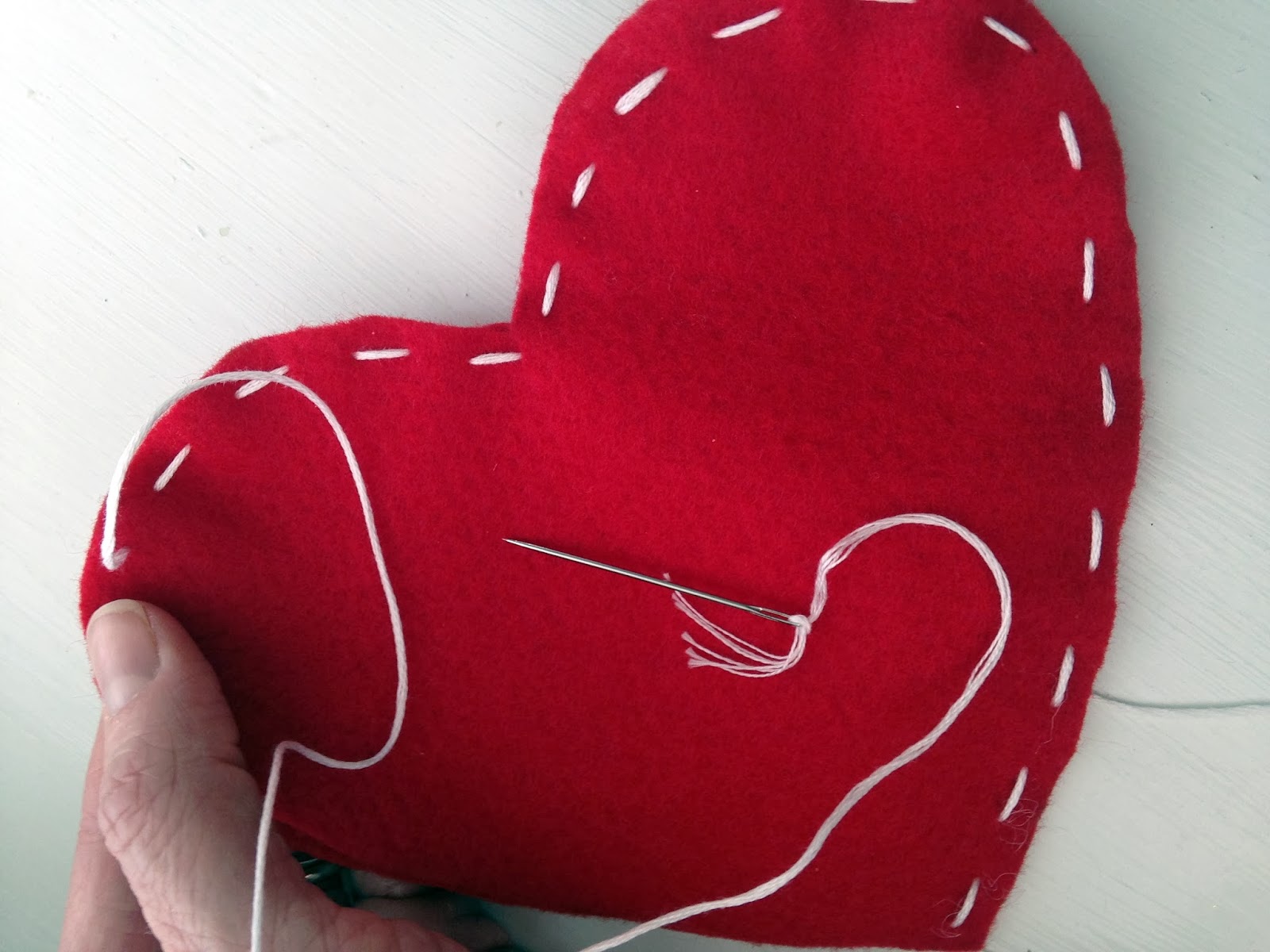 Step 4: Sew until you get to about this point, and fill heart with stuffing. 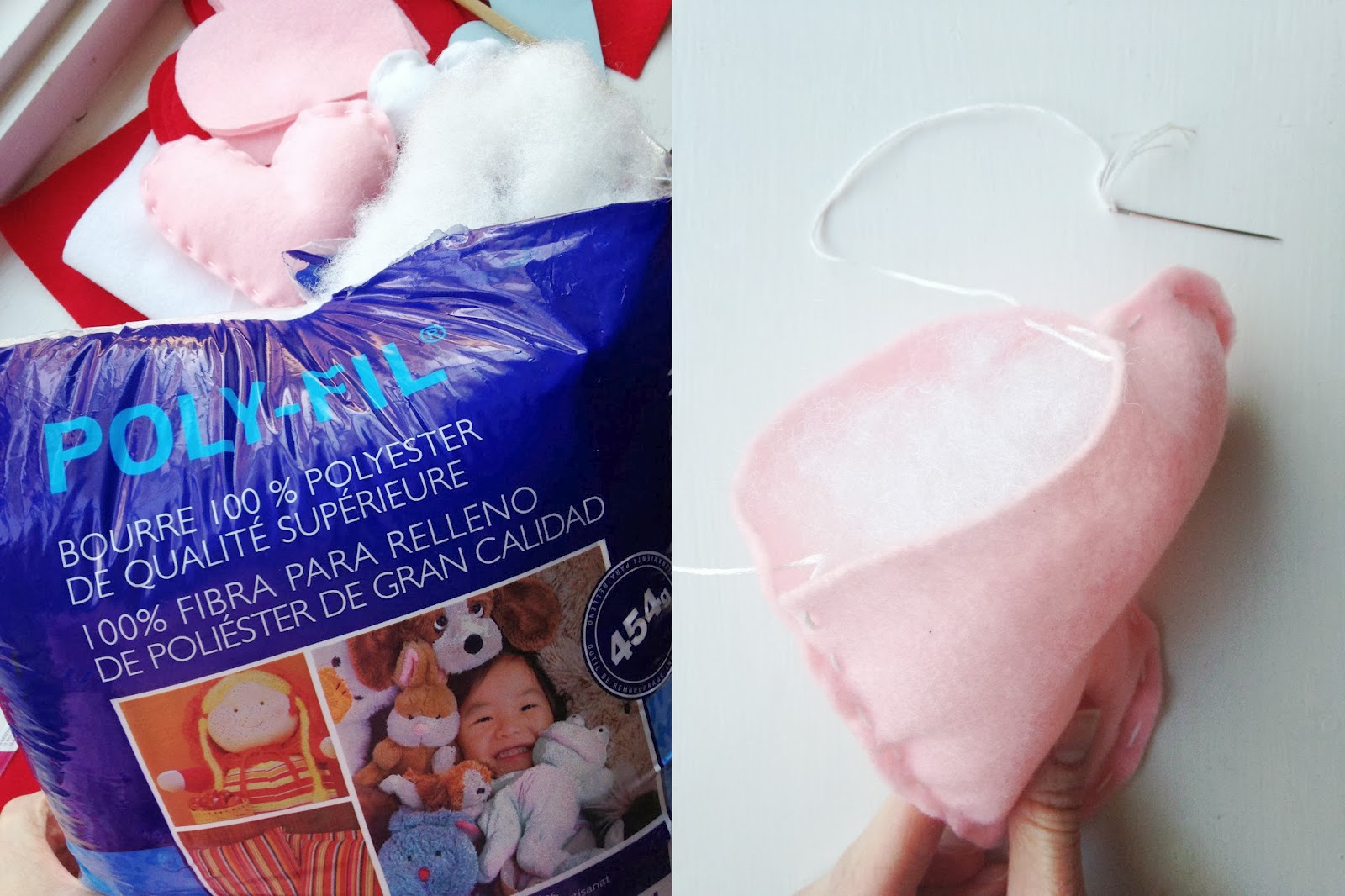 Step 5: Sew heart the rest of the way up and knot the thread a couple times at the bottom. Repeat until all hearts are done. 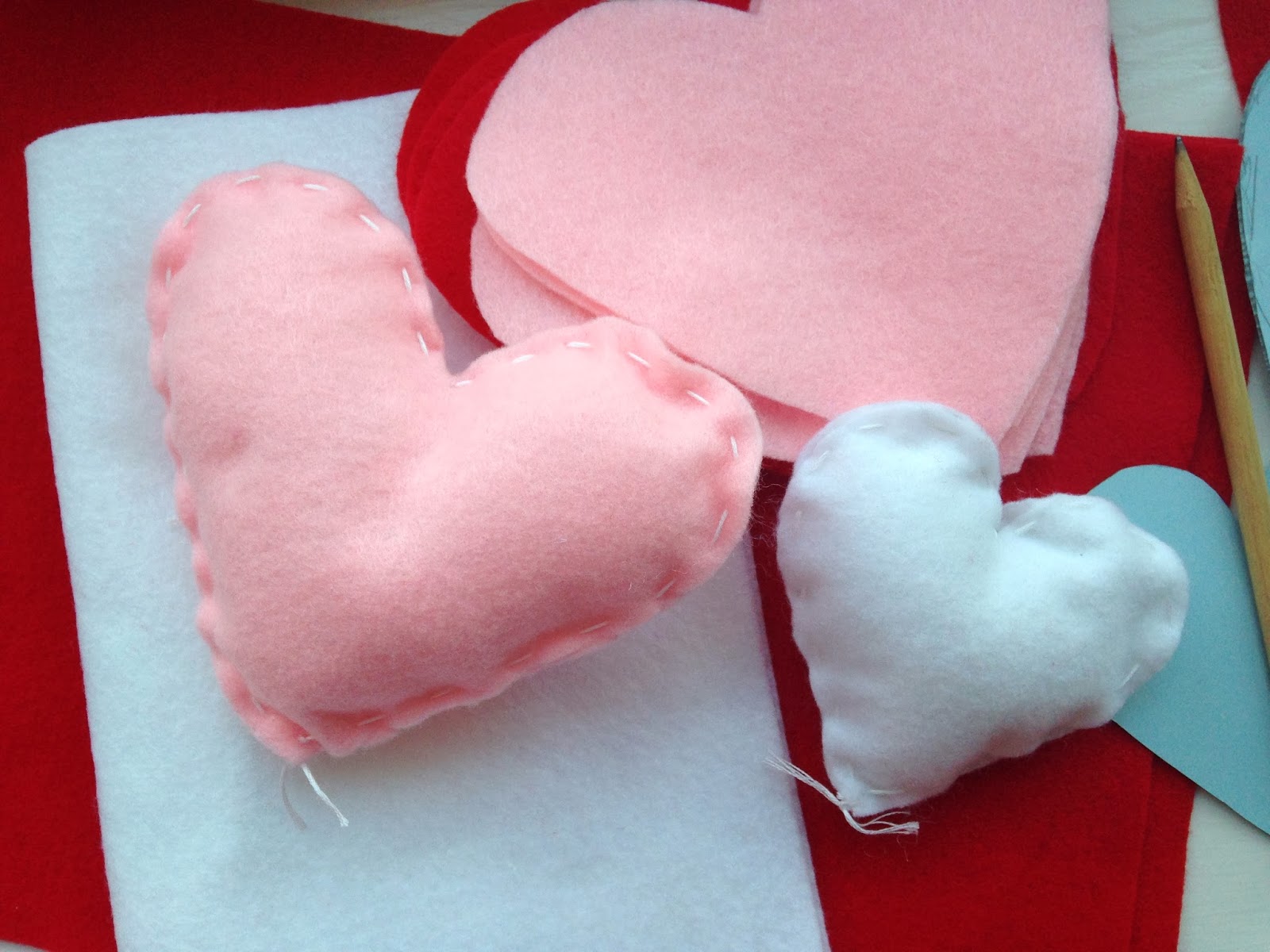 Step 6: For the garland string, thread the yarn through the loops on the backside of the hearts. {I went through the middle loop to keep the hearts from leaning forward or flipping over when the garland is hanging. Yarn works great because it is stronger than the thread but still fits through the hole in the needle.} 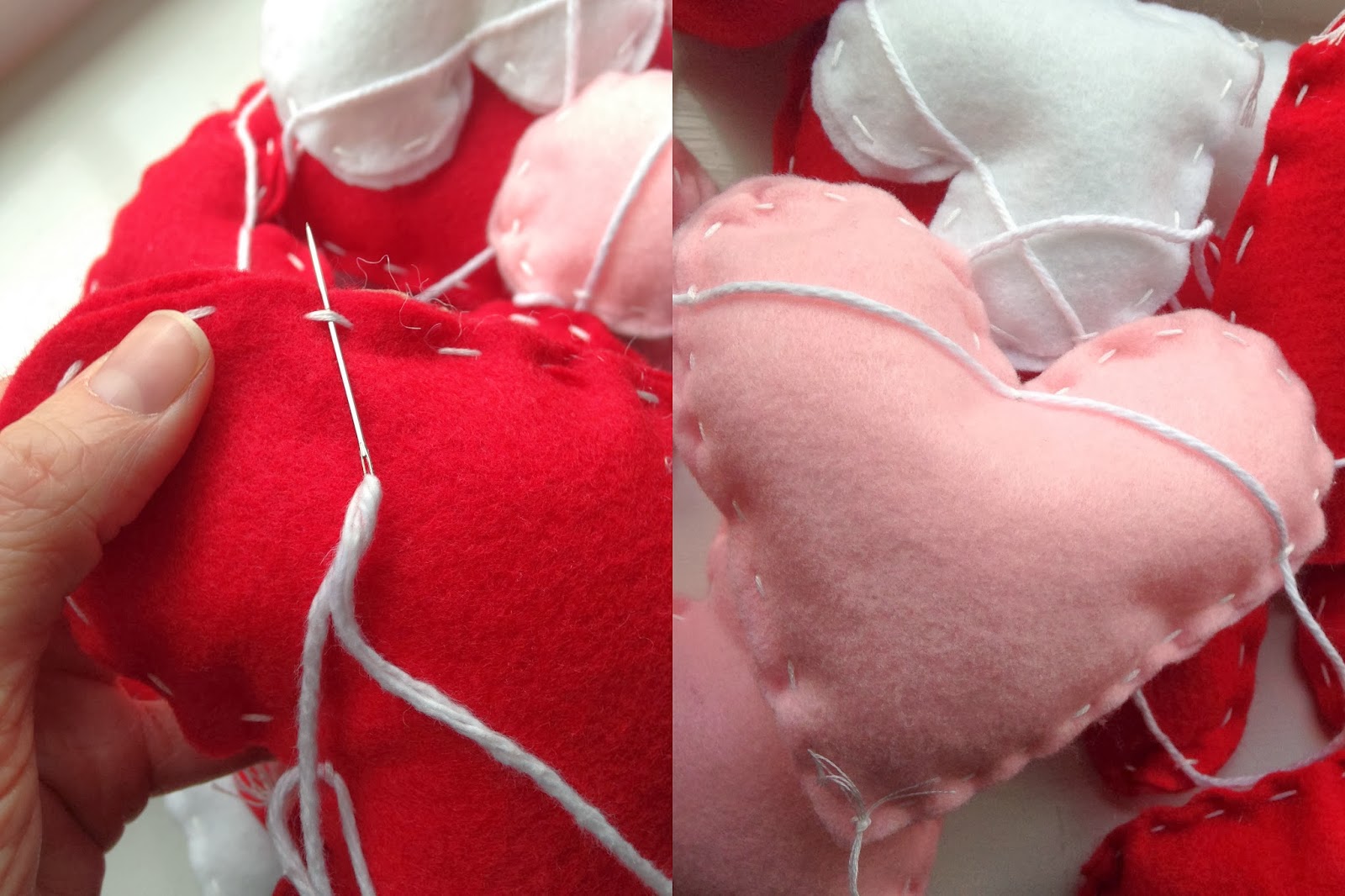 Continue in whatever pattern you want until all the hearts are on the string of yarn, then hang! 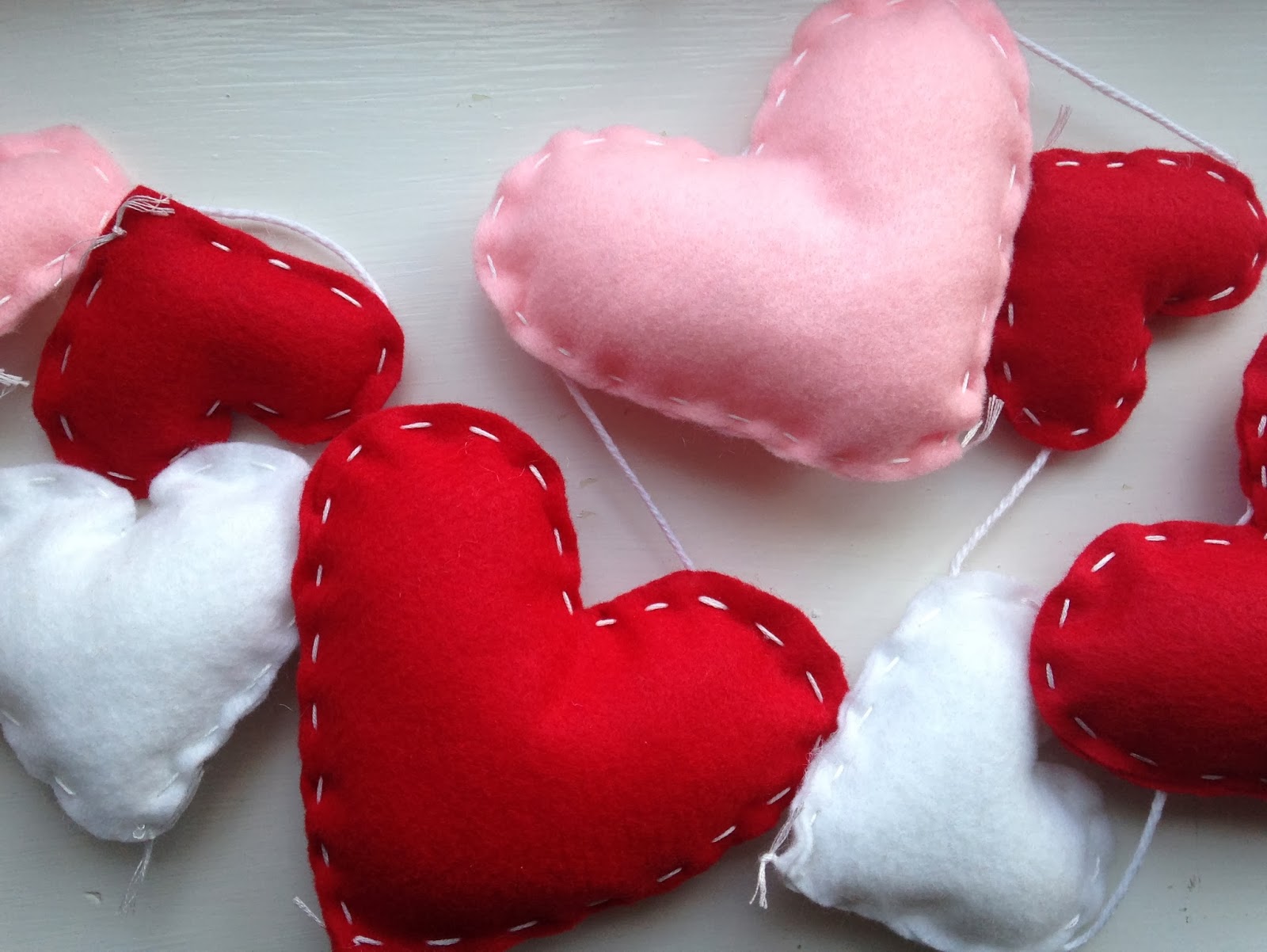 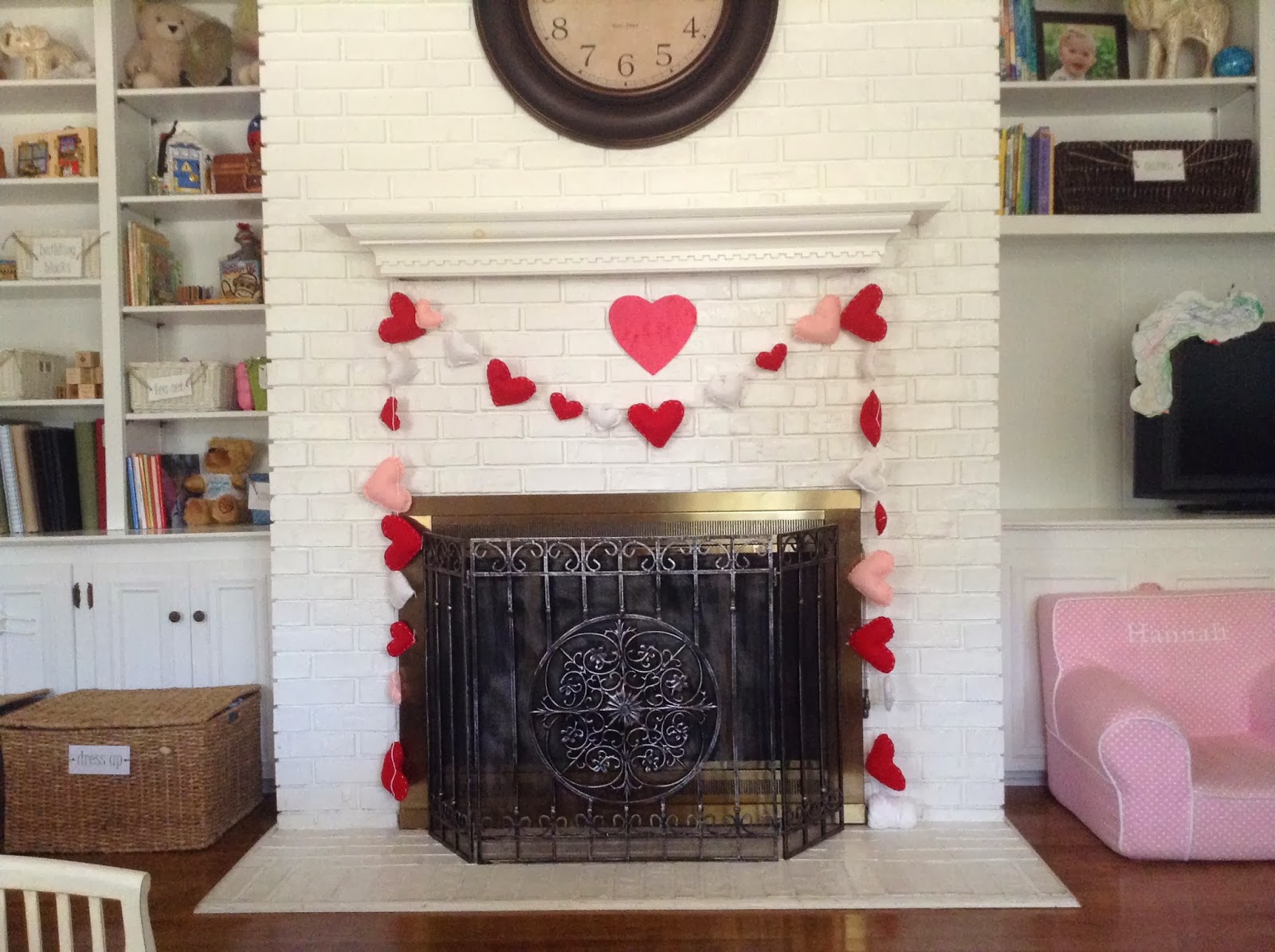 We decided to hang it from the mantel in the playroom. According to my sketch, I originally planned to create a swag with two or three levels of hearts, but since we are still using the fireplace and we might need to take the garland down, I went with this simpler approach.  The heart in the middle was painted by my little boy at preschool.

And that’s that. Onto the next project…

« land of the living
one ice storm later… »