While at Wal-Mart last week I bought the kids pumpkins to decorate. Tuesday we had a “crafternoon” and had some fun with paint brushes. 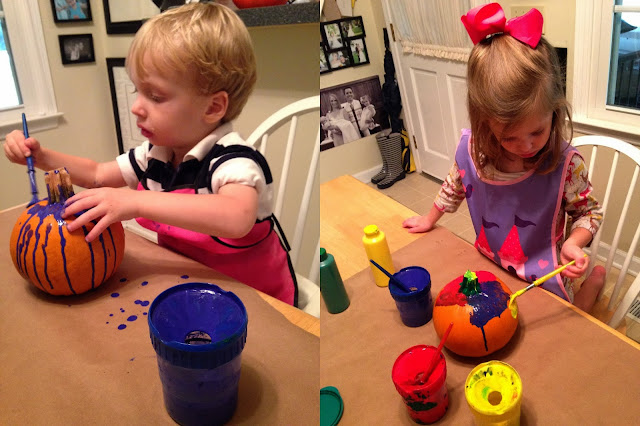 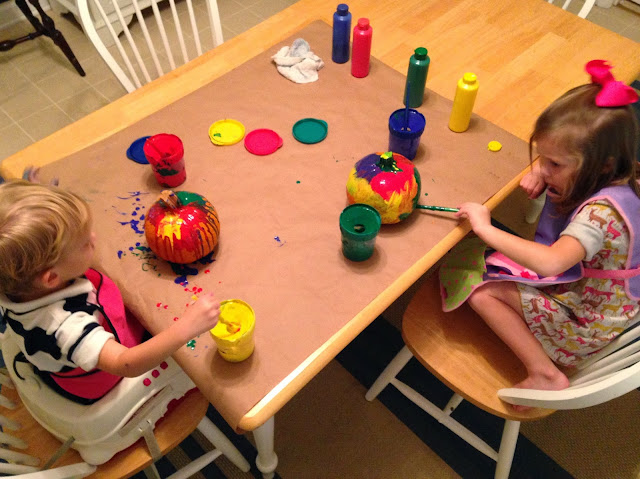 I liked their creativity…and very different styles. Joseph with the “drip technique” and Hannah with her perfectionistic and very intentional approach. 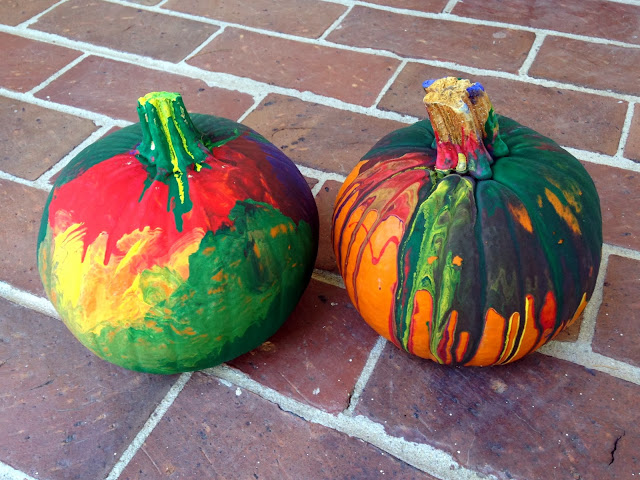 And Thursday, I picked up early from preschool and whisked the kids away to Milledgeville. Along with some other friends, we visited a pumpkin patch! 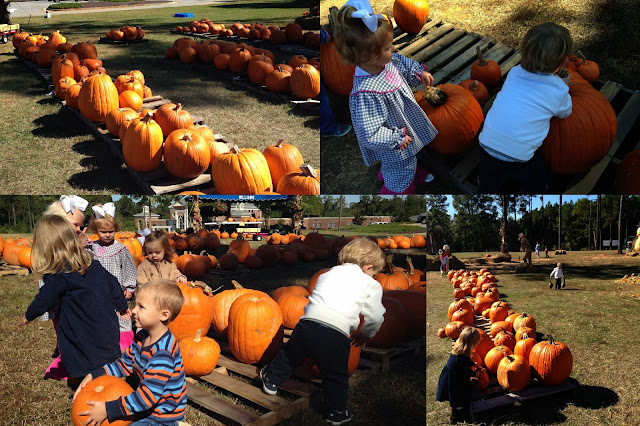 Joseph started the fun with a sustained tantrum (see that tiny dot in the upper left corner of the upper left picture?). But then came around and had a grand old time trying to pick up the big pumpkins. 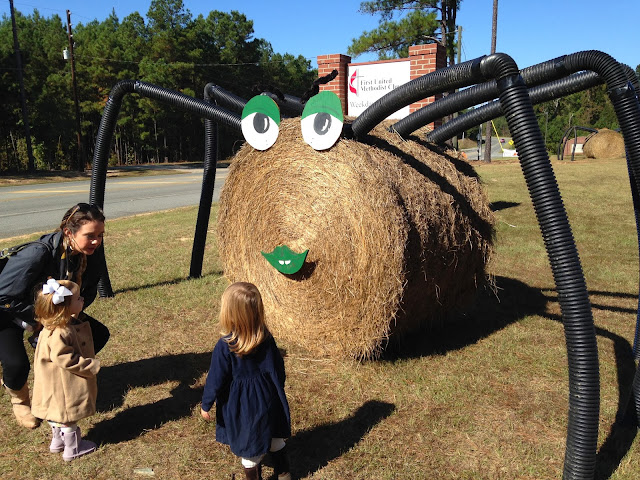 How neat is this? 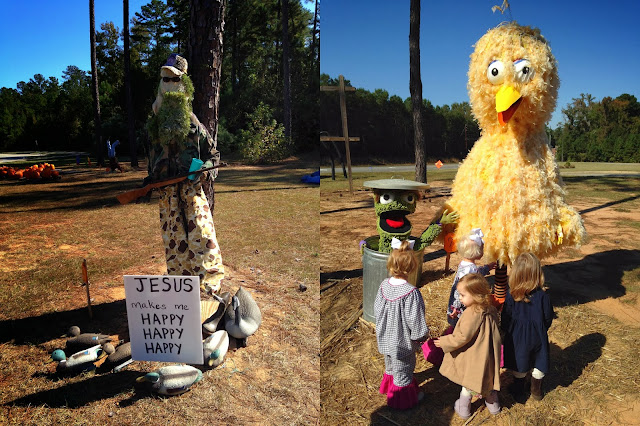 That’s suppose to be Phil Robertson on the left, but all Duck fans know that Si is the one with the Tupperware cup of iced tea. Do you watch Duck Dynasty? We do, and love it. Is it not so nice to watch a show with good, clean humor based on a family that puts their faith in Jesus above all else? …You know who the characters are on the right. 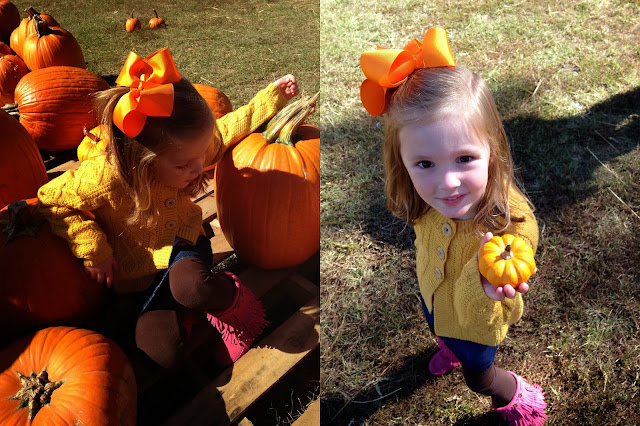 My girl loved looking at the pumpkins, from the tiniest to the tallest. 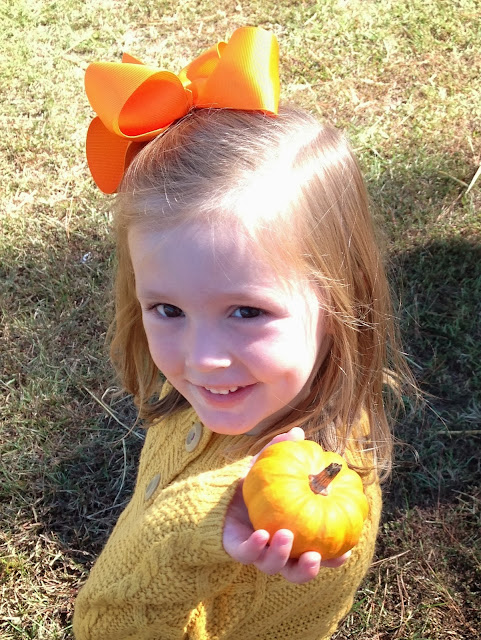 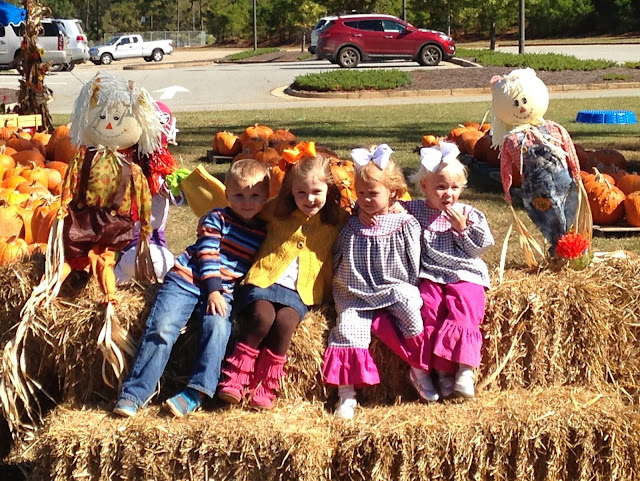 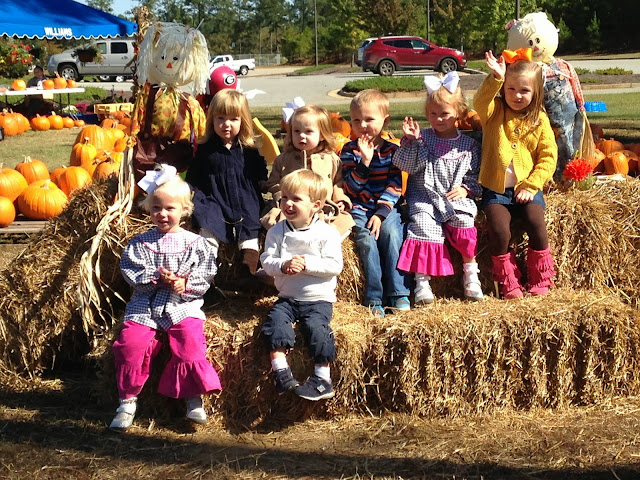 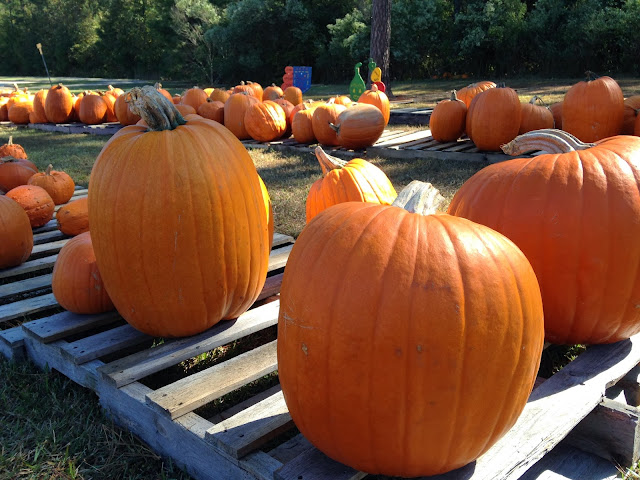 These were Hannah’s choices to take home… 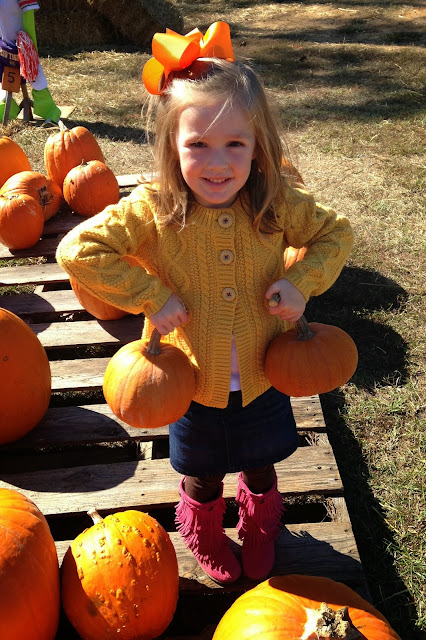 …and these were Joseph’s: 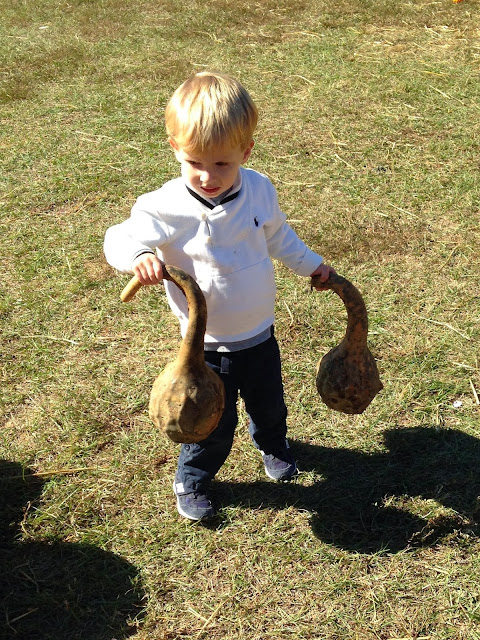 Yes, most people go to pumpkin patches for the pumpkins. Not Joseph. He liked the gourds best. 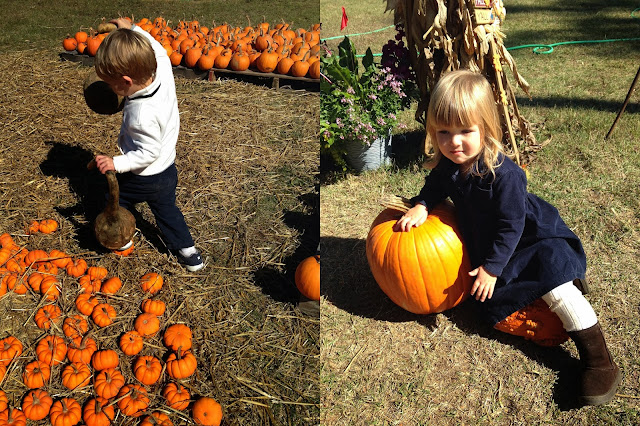 And, as long as they make it through the season without being destroyed (or causing too much damage), they will make good fall decorations indeed! 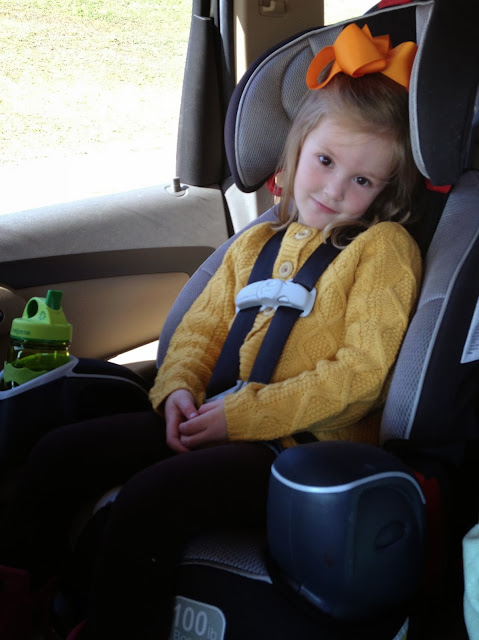 I texted a couple pictures to Joe and, while discussing how we were going to show him all our pictures so he would see everything we did, Hannah said “Please take a picture of me in the car sittin’…” Love it. Daddy’s girl…didn’t want to leave him out of anything.

We had lunch and did some shopping (even picking up some yummy sushi for dinner) before heading home. It was a great day!

Thanks for these pictures, Deana! 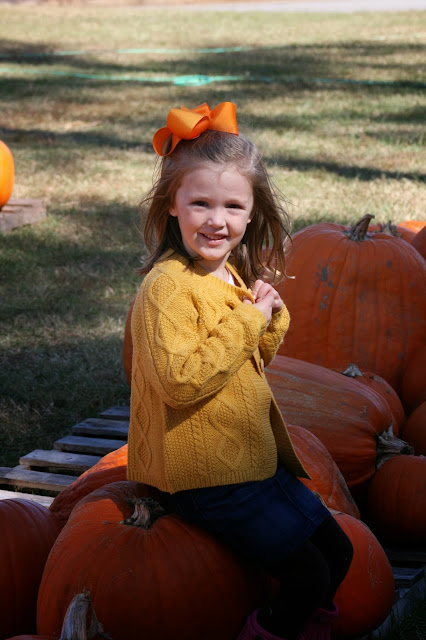 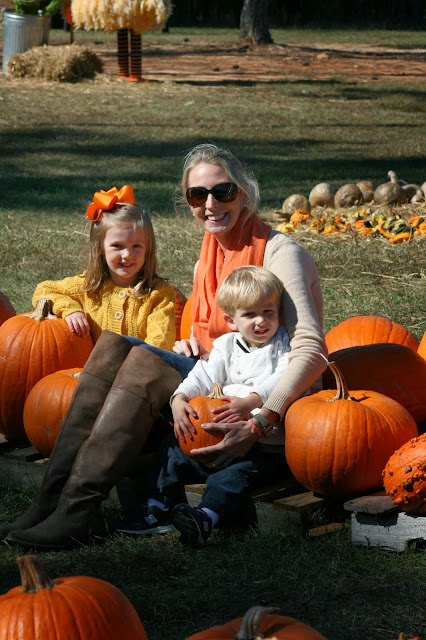