For the past almost-year, I’ve had the goal of getting professional pictures of Hannah and Joseph in their pale blue and ivory lace outfits…

Let me back up. A friend of mine here in Sandersville had her darling twin daughters in beautiful handmade dresses one Sunday not long after we moved here. Naturally, I wanted to find out her source! {In case we have not met, I love dressing children traditionally. From lace and embroidered dresses, john johns, Peter Pan collars, smocked outfits, all the way down to knee socks and white walkers with bells are how we like it here.} So, following my friend’s lead, I met the lady who makes the most magnificent children’s clothes last year at Scott’s in Atlanta. My mom accompanied me and we found Joseph’s outfit on a little rack, ready to be worn for the upcoming Easter Sunday. Then, combining details from different girls dresses, we had her make something similar for Hannah. The dress was shipped to us last summer. I love them. They are perfect, family heirlooms already, and we’ve enjoyed our time wearing them. Alas, children grow, and Joseph’s days of wearing his outfit are about over. He is also almost two, and that is probably where I’ll draw the line of lace on little boys. Thankfully, Hannah will be able to wear hers for another year, maybe more.

So, back to my goal of getting pictures. The first attempt with a photographer was on an October weekend while we were in Savannah for a cousin’s wedding. {My blog cover photo is from this shoot.} The photographer is talented, but my kids were not cooperative. Actually, Hannah was ok. It was mainly Joseph. He was cutting his two-year molars and was plain miserable. On top of that, he is a boy and just wanted to run away. After a great deal of effort, we were unsuccessful. Not one decent picture of the two of them together. This is what we did get: 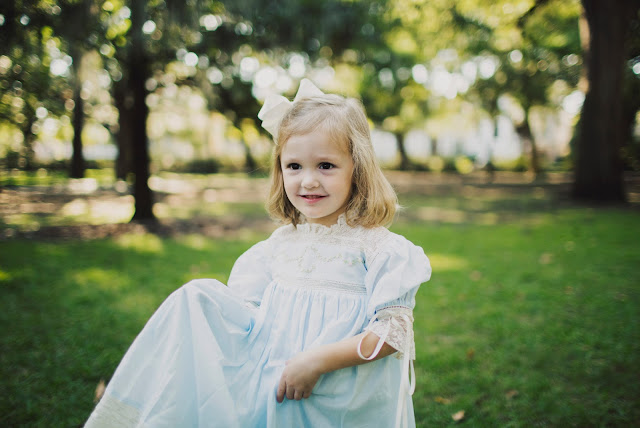 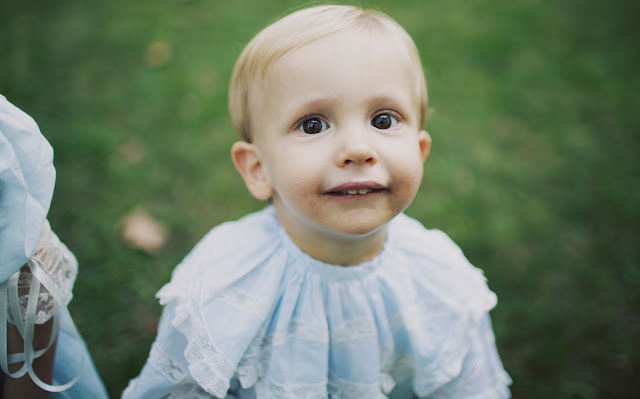 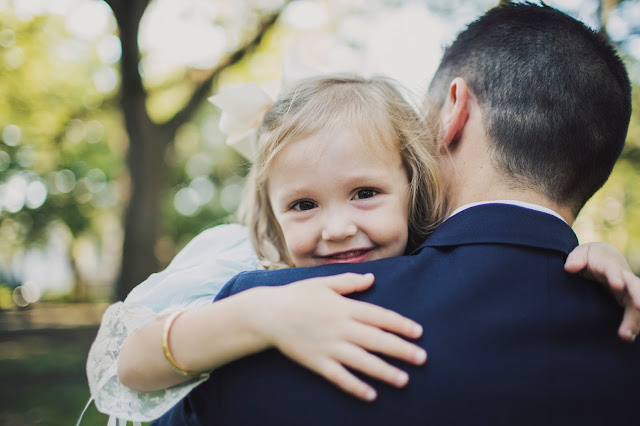 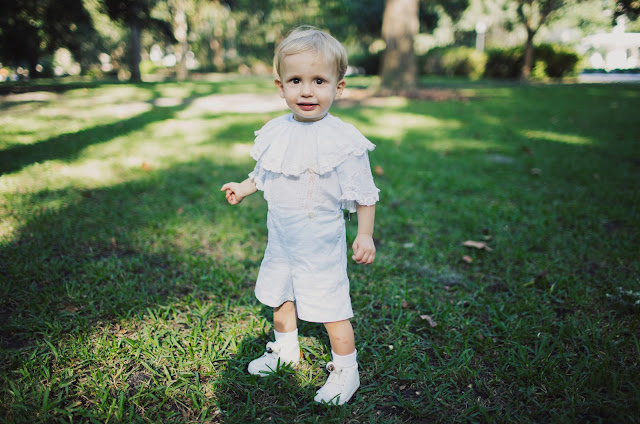 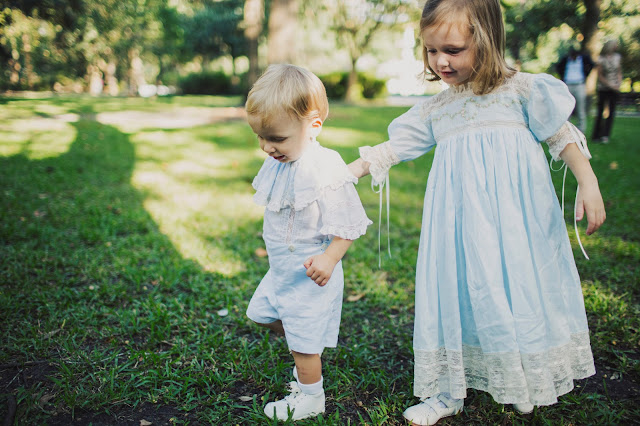 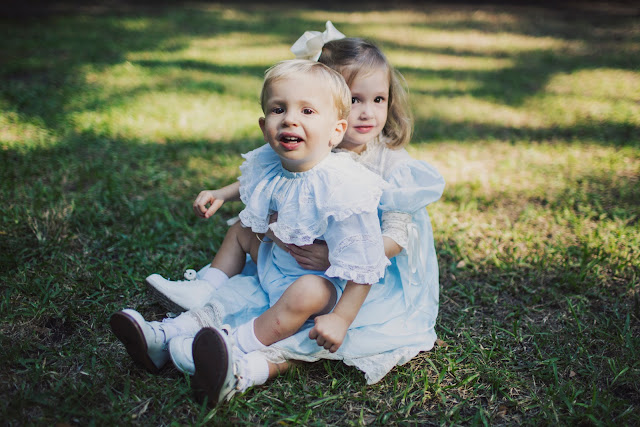 Fast forward a few months, and I have the energy to try again. The deadline of my mom’s birthday is approaching and I know she really wants a picture of them in the clothes as well. I made plans to surprise her with a disc of images, so she can decide what she wants to reproduce in large format. I make an appointment with Adrienne, our friend and church member who does photography on the side. She took the 15-month pictures of Joseph last summer. We take the pictures at her home studio. The problem: Joe is not there to help and the studio is set up in the living room where there are lots of breakable things. Joseph was all about it – playing with things – and not getting his picture taken. He stopped moving for a few seconds, and we got a few of him. With Hannah, all we got were weird faces and fake smiles. 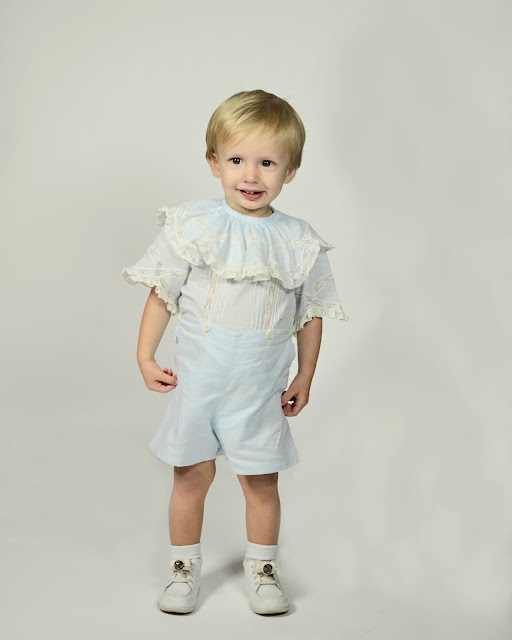 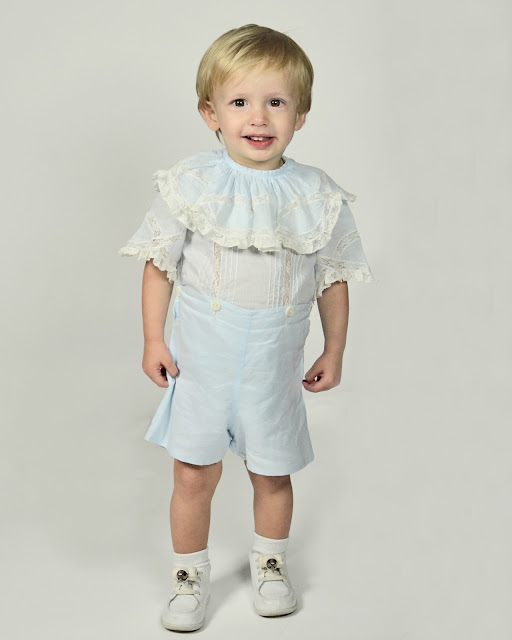 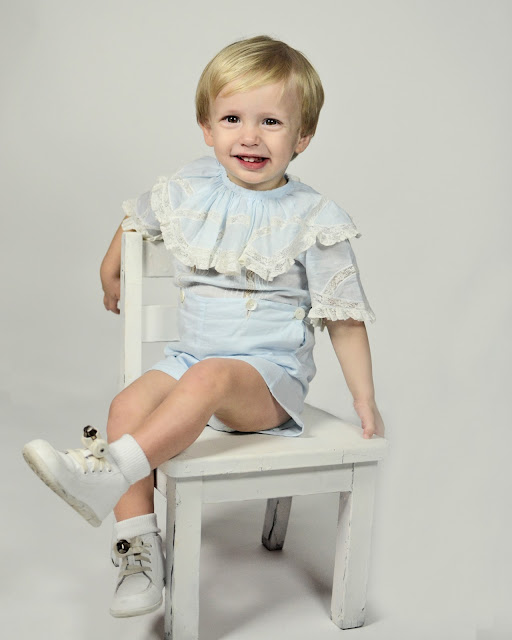 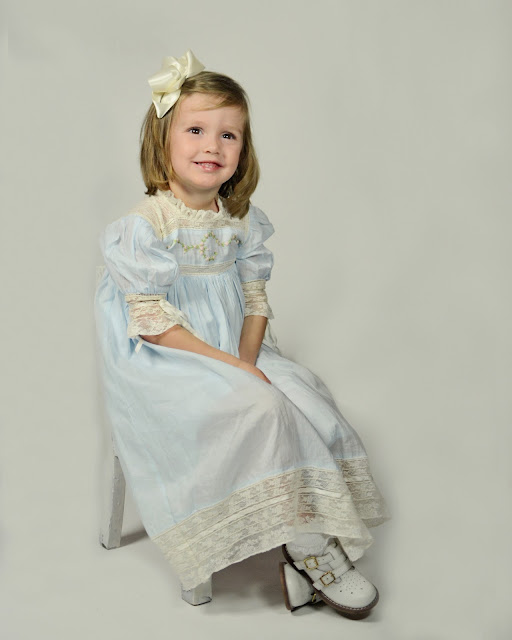 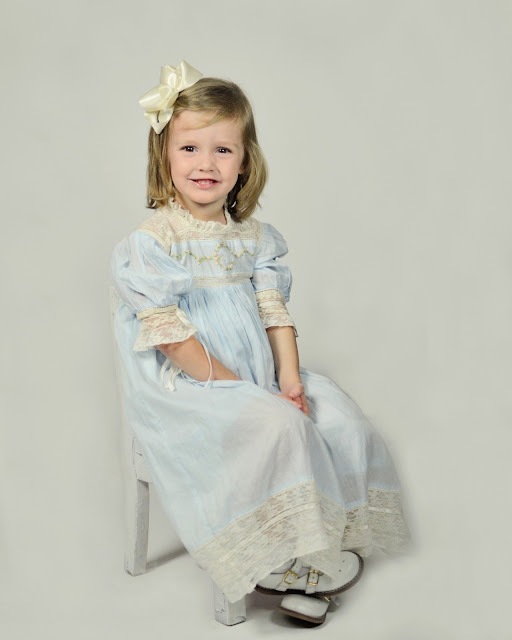 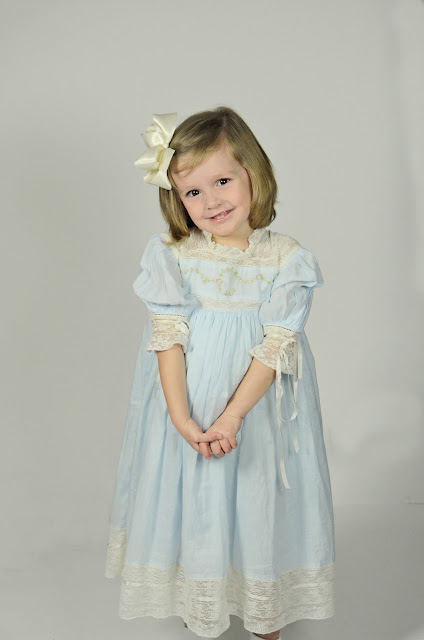 Not one picture of them together. Result: another unsuccessful attempt and a stressed out momma.

Two weeks later, our third and final try. We met Adrienne on the front steps of the church. It was cold so we had to be quick. I think this was the third picture taken: 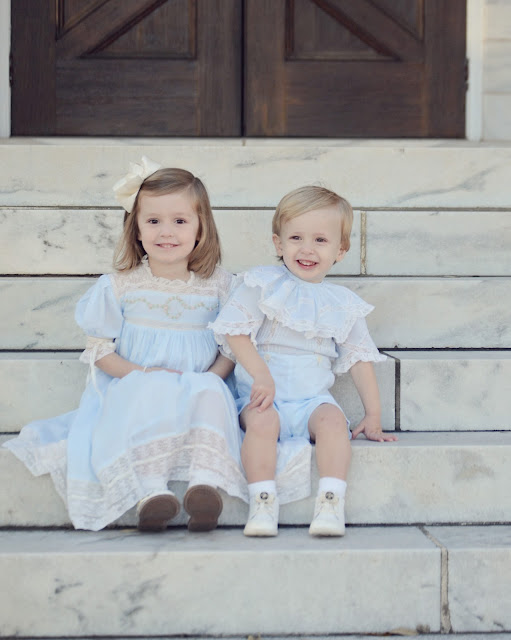 And all we needed was one. They jumped up and played on the stairs. We called it quits when we realized there was no way we were going to be lucky enough to get another. However, in the process, Adrienne got these which I love: 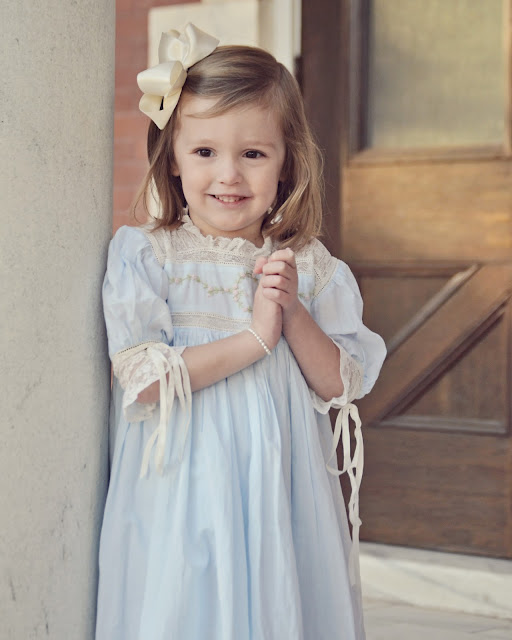 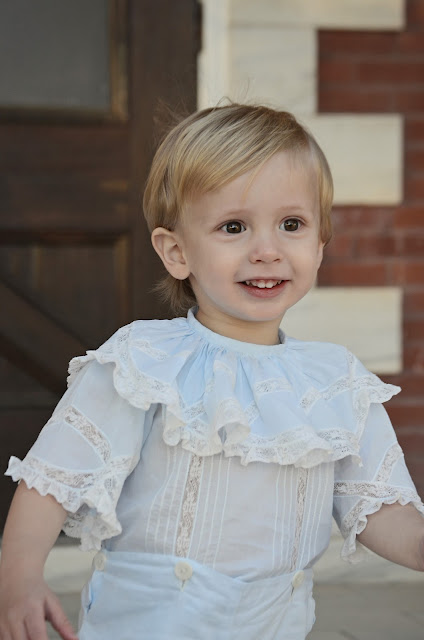 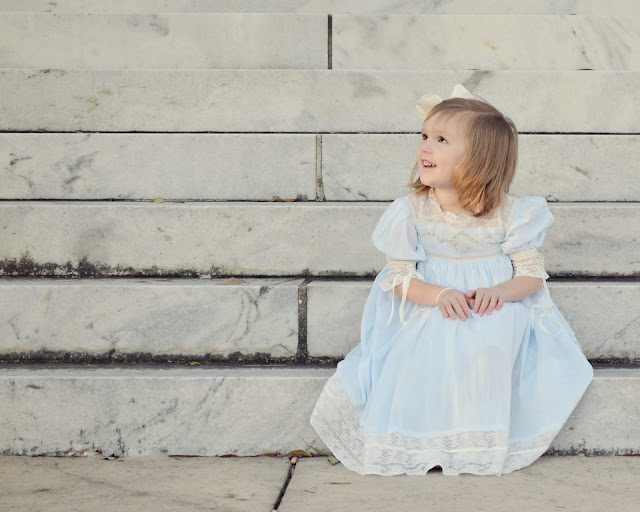 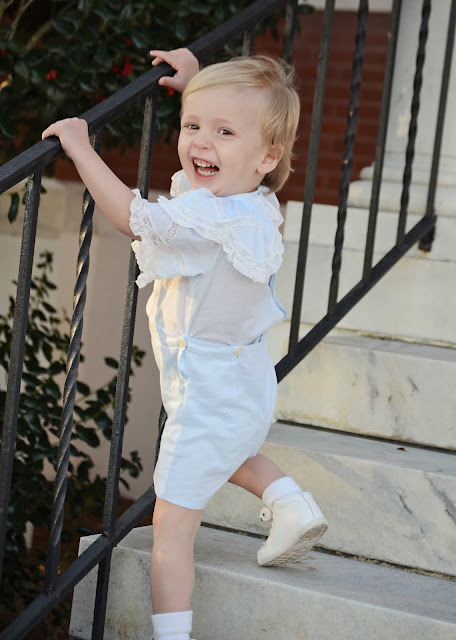 We printed one each of Hannah and Joseph and one of them together to slip in Meme’s birthday card, along with a disc of images.

In the words of Little Einsteins, “Mission completion!”