We spent a few days in Savannah for St. Patrick’s Day. The weather was gorgeous and the city filled with  azaleas in bloom (unfortunately a big dose of pollen, too). By Thursday I was over a stomach bug and ready to play. We took the kids for a picnic in Forsyth Park so Hannah could see the fountain with green water. 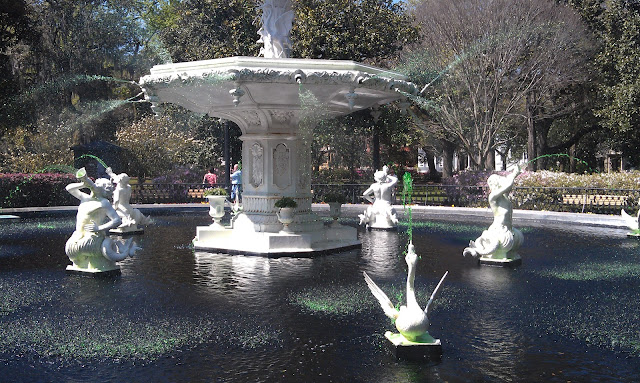 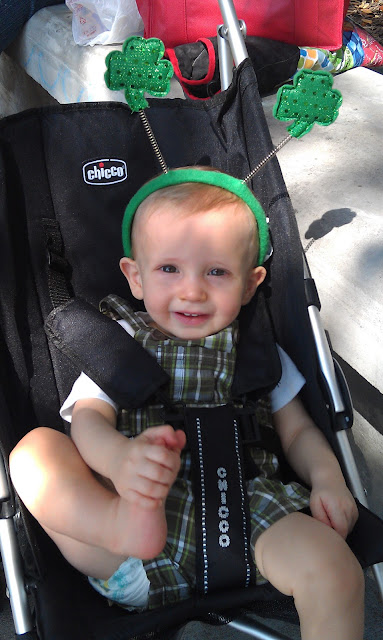 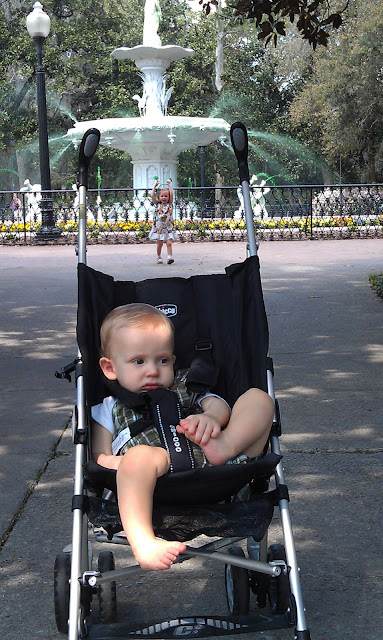 Saturday we went downtown for the parade. It was a record-setting year. I’m not sure of the final number, but they were estimating it to be the biggest celebration in the city’s history and the biggest parade in the world. Hannah was thrilled to be in that parade too. The four of us rode with Joe’s parents on the Board of Education float (Joe III is president of the school board). The news cameras captured it all and you can see it here. Joseph was passed out sound asleep in Joe’s arms as we passed the cameras, but it was neat nevertheless. After all, we had Joe Buck III, IV, and V riding on a float for Joseph’s first St. Patrick’s Day. 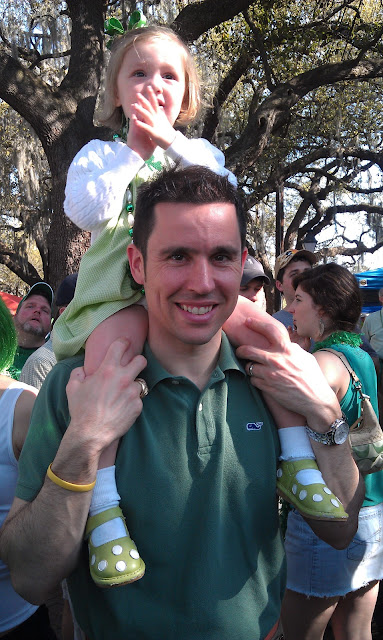 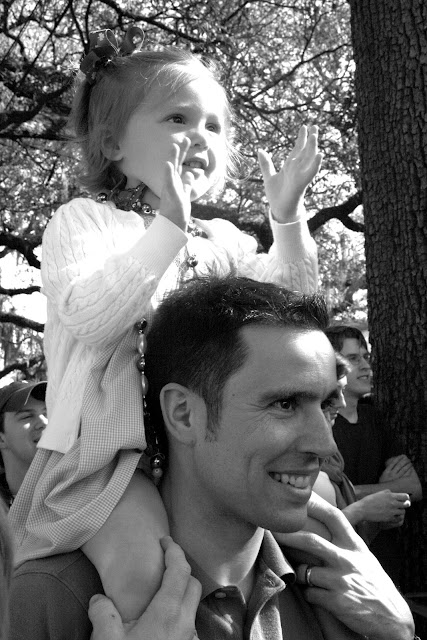 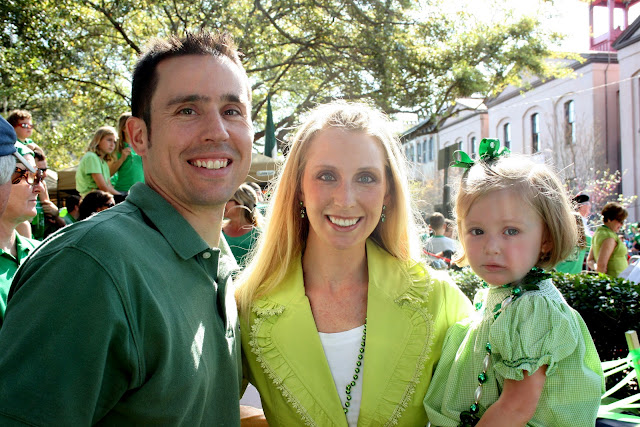 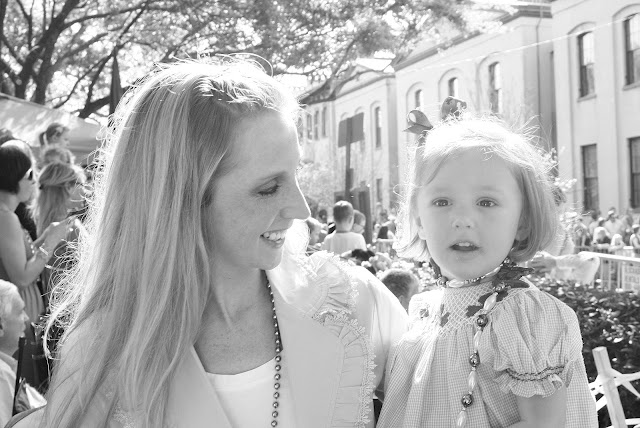 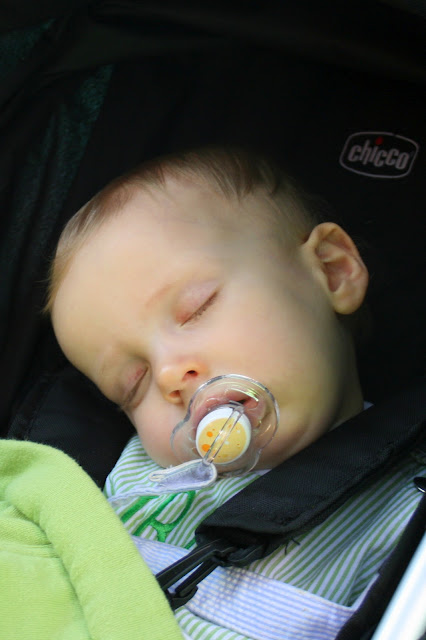 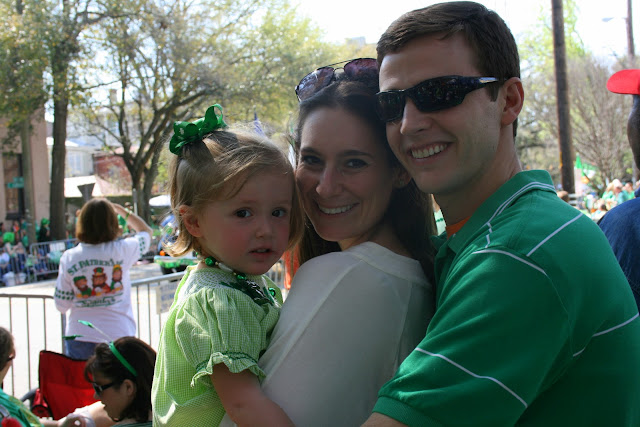 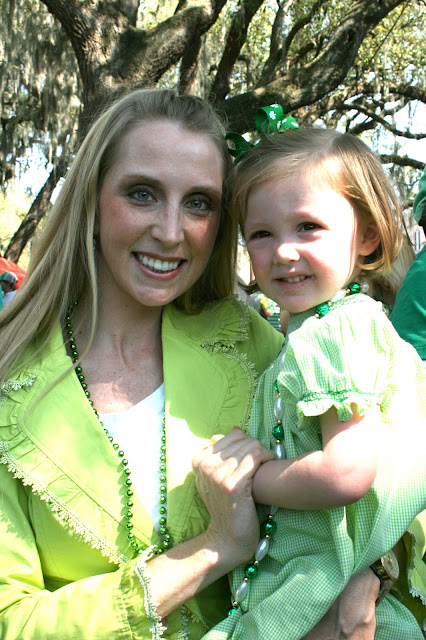 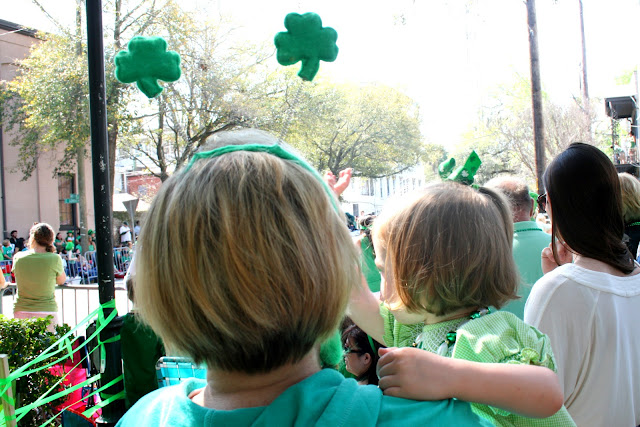 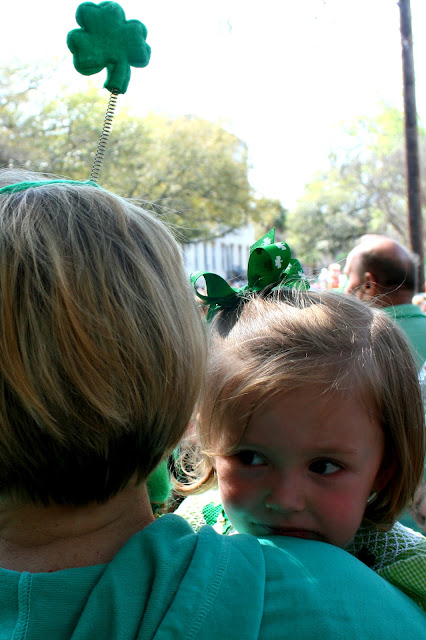 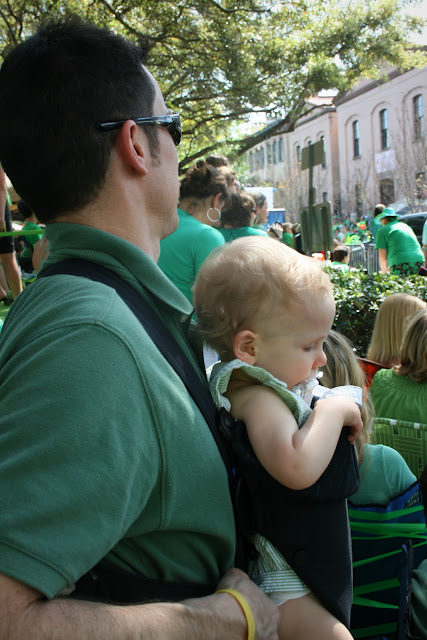 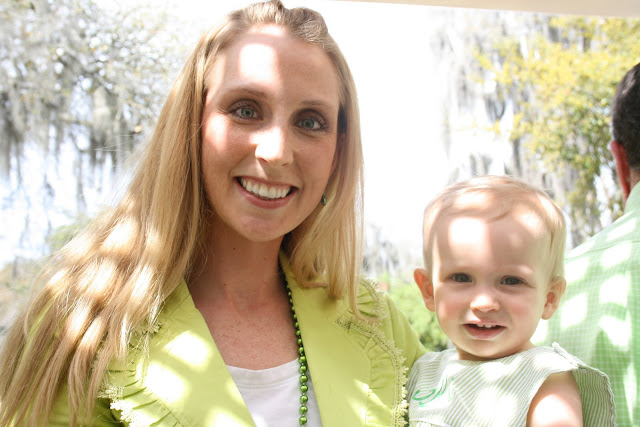 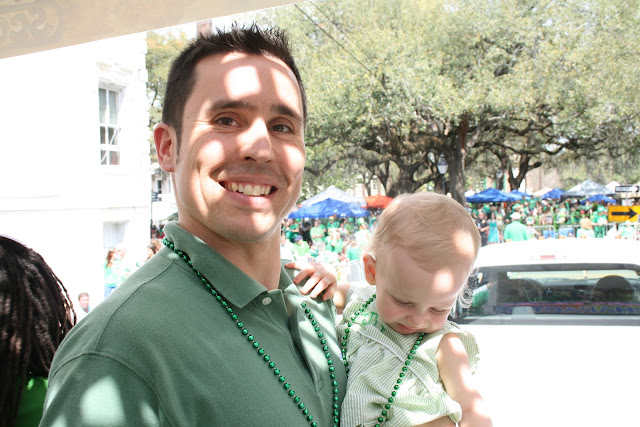 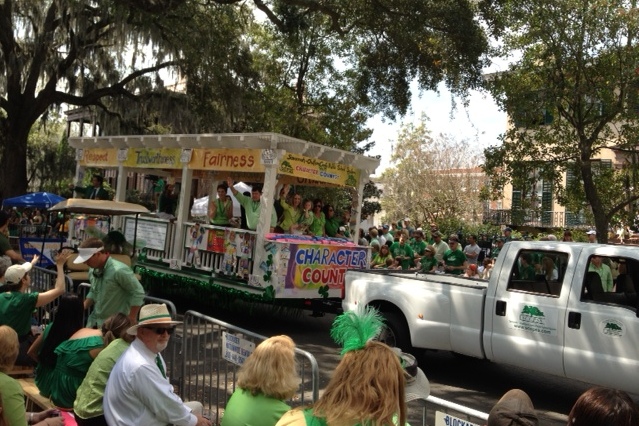 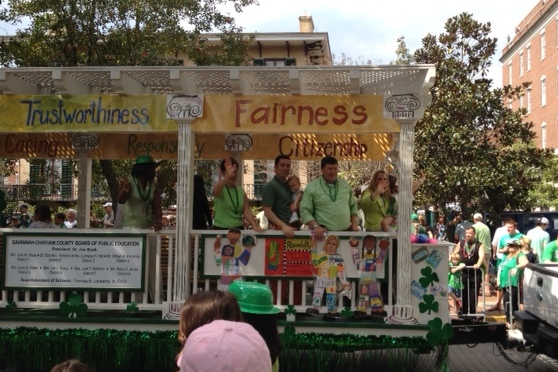 Thanks to Will for taking pictures of us as we came around LaFayette Square.

« too much
eleven months »